Caohua 3 Chenshan Peak (also known as Shanzi) is the son of the former grass flower family.
Since childhood, he has mastered the family's swordsmanship, but because he is young and greedy, he doesn't learn anything, and his skills are average. Fortunately, he is very business-minded and controls most of the entertainment places of the Caohua family.

The Golden Club nightclub, the largest nightclub in Shanzi, has always been one of the favorite places for Shanzi, and you should choose it when you are entertaining guests.
Under the cover of a fascinating scene, the nightclub’s ground floor also hides a secret passage leading to an underground warehouse.
This large warehouse is where the mountain is used for money laundering. Several of these rooms are dedicated to torture.

Recently, a group of cargo ships carrying smuggled antiques in Shanzi were hijacked by a group of small groups of Southeast Asian Chinese.
After several searches, several important people in the gang were finally captured and detained in an underground warehouse waiting for the disposal of Shanzi.
A group of people from Shanzi came to the interrogation room and saw a few people who were half-dead and bloodied and tied to the seat.

"Mountain brother, this person is their leader called Qiuwu, the goods are robbed by them, the place of the goods has been accounted for, the brethren have chased, and the master has not said yet." The man grabbed one of the men's hair to Shanzi Said.
Shanzi looked across the eyes of a few flesh-and-blood people, sitting on the sofa lazily, looking at the other side with a leisurely look, slowly said: "Life, but also what I want, righteousness, and what I want, The two are not available, how to choose?"
"Oh, choose which one is dead." The little head was full of blood and a strong smile.
"Give a chance, I can let you re-select" Shanzi’s smile and waved.
One hand brought two safes to the table in the dark corner. Put two positive and negative coins on each of the two boxes.
"The two boxes are boxes filled with US dollars. One box is a box with mp5. The boxes are placed with positive and negative coins.
You come to choose, the banknotes of the selected banknotes are all for you, but you have to tell who is instructed to take them away, and the mp5 box bullets are also for you." Shanzi shrugged his shoulders.
"I can die for the whole family to live, and I will die all my family." Wu Wu looked bitter.
"The front is that the back of the living is dead, I can choose for you,". Shanzi looked at him and said to everyone.
"The opposite side, I chose the opposite side to live," he yelled.
"I chose to be a positive student, and I also chose a positive student." Several other members of the martial arts gang also followed the scream.
"Interesting, it seems that I don't want to die." Shanzi laughed.
Shan Tsai gestured to the next step to push the table with the pulleys. There were coins on one side and one on the top. The followers of Shanzi walked to the table and opened the box with the front coins. There was an mp5 inside.
The entourage picked up the mp5 box and did not hesitate to shoot the gang members who had chosen the wrong face. The blood was filled in a moment, and only the other members of the scorpion were watched as the other members of the plug.
"I chose the right one... I chose the box of the banknote." Wu Wu shuddered and said, "That's what you said, who instructed." Shanzi stared at Wu Wu with a serious look.
"This has always been the contact of my boss Zhang Xiong, but he seems to be also trusted by others. Once he called the other party, he called Mr. Kurokawa....." The voice of Yu Wu was somewhat nervous. stammer.
Shanzi slightly thought about it, and then smiled and said: "You know that there is a last sentence in the sentence of Mencius's old man, and the person who gave birth and took the righteousness."
Shanzi quickly took out the sword in the cane, a cold light cut through the air, and the throat of the martial arts spewed a lot of blood and fell to the ground..... 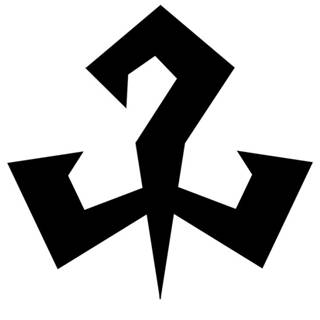 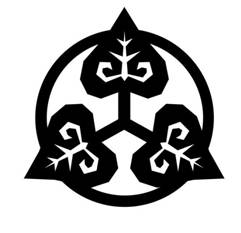 Chapter 6: The Club Family
Chapter2 Start the Fight
Life is what I want, righteousness is also what I want, and I cannot have both.

The 3 of Club, peak Chen, (aka Shan Zai) is the son of a former high-positioned member of the family. He had practiced the family swordship since young age. But due to his fun-loving, lazy good-for- Nothing character, he has ever excelled at the skills. Luckily he is blessed with a brain for business. Thus he runs most of the entertainment businesses of the Club Family.

The biggest night club, Jin Ge, is one of Shan Zai's favorite places. He always wines and dines VIPs in this club. Although it seems all glamorous from the outside, inside there is a secret tunnel that goes into an underground warehouse. The money-laundering going inside there, some rooms are used for interrogation jobs.

Lately, several shipments of smuggling antiques got robbed by a small Southeast-Asian gang. Shan Zai's men finally found about them and captured a few key members. They were locked into this warehouse before Shan Zai took his time on them. When Shan Zai arrived , he found some half-dead men in bloodshed tied up to chairs.

"Brother Shan, this is their head, Pei Wu. They robbed our load. He's confessed the hiding place, and our people are on the way now. But we don't know who the plotter is." One of his members grabbed Pei Wu by the hair and showed his face to Shan Zai.
Shan Zai looked at the bloody-beaten men and sat down at a couch before them. He star is at the guy and slowly started talking. "Mencius said, 'Life is what I want, righteousness is also what I want', what's your choice ?"
"Heh, I'll be dead either way", the small head squeezed a taunting smile from his blood dripping mouth corner.
"I can give you a chance to choose again", Shan Zai made a signal to his gang.
A member took two suitcases, put them on a table in the dark corner, and placed a coin on each one, different side up.
"One of the suitcases has cash, the other one a MP5, coins on them are head and tail up, and you can pick a side. Make the right choice you can take the cash, that's if you tell me who's behind you; Make the wrong one...you can take all the bullets.” Shan Zai shrugged his shoulders.
"I die, my family live; I live, my family die." Pei Wu could only allow himself a wry smile.
"Fine, Head for life and tail for death, I will choose it for you." Shan Zai looked around and teased.
“Tail! I choose tail!” Pei Wu yelled for his life.
“I choose head!” “Me too!” Other members in Pei Wu's gang followed.
“Interesting, looks like nobody wants to die.” Shan Zai laughed out loud.
Shan Zai signaled his gang to move the table closer, on the suitcases two coins gleamed under light. A member approached and opened the suitcase under the head-sided coin; it was a MP5 machinegun inside. Without hesitation, the man picked up the case And started pouring bullets at those unfortunate guys who made the wrong choice. Human bodies turned into sieves within a few seconds, left Pei Wu in a daze.
The poor man's voice started shaking, "I'm right I chose the box with cash..."
"Then tell me who's behind this", Shan Zai stared at Pei Wu.
"My boss Zhang Xiong has been making all the contacts, but he was also following orders. One time I heard him on the phone calling the other side Mr. Kurokawa..." Pei Wu trembled and told the truth.
Shan Zai took a few seconds thinking, and smiles, “You know the next sentence of that Mencius' quote, 'I shall give up my life for righteousness'.”
The next moment he pulled out a sword from his crutch, a glitter flashed through Pei Wu's throat, then a red waterfall burst out... 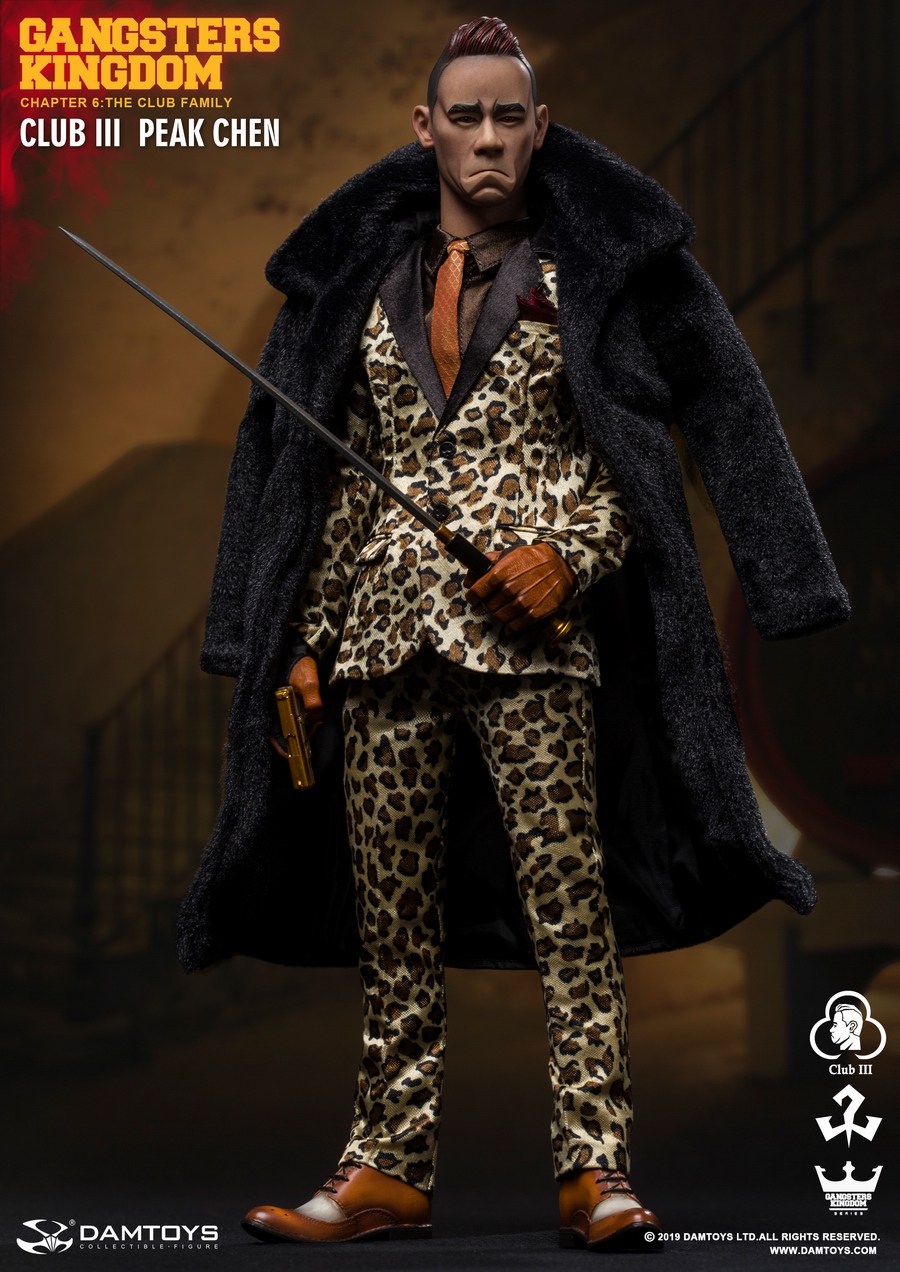 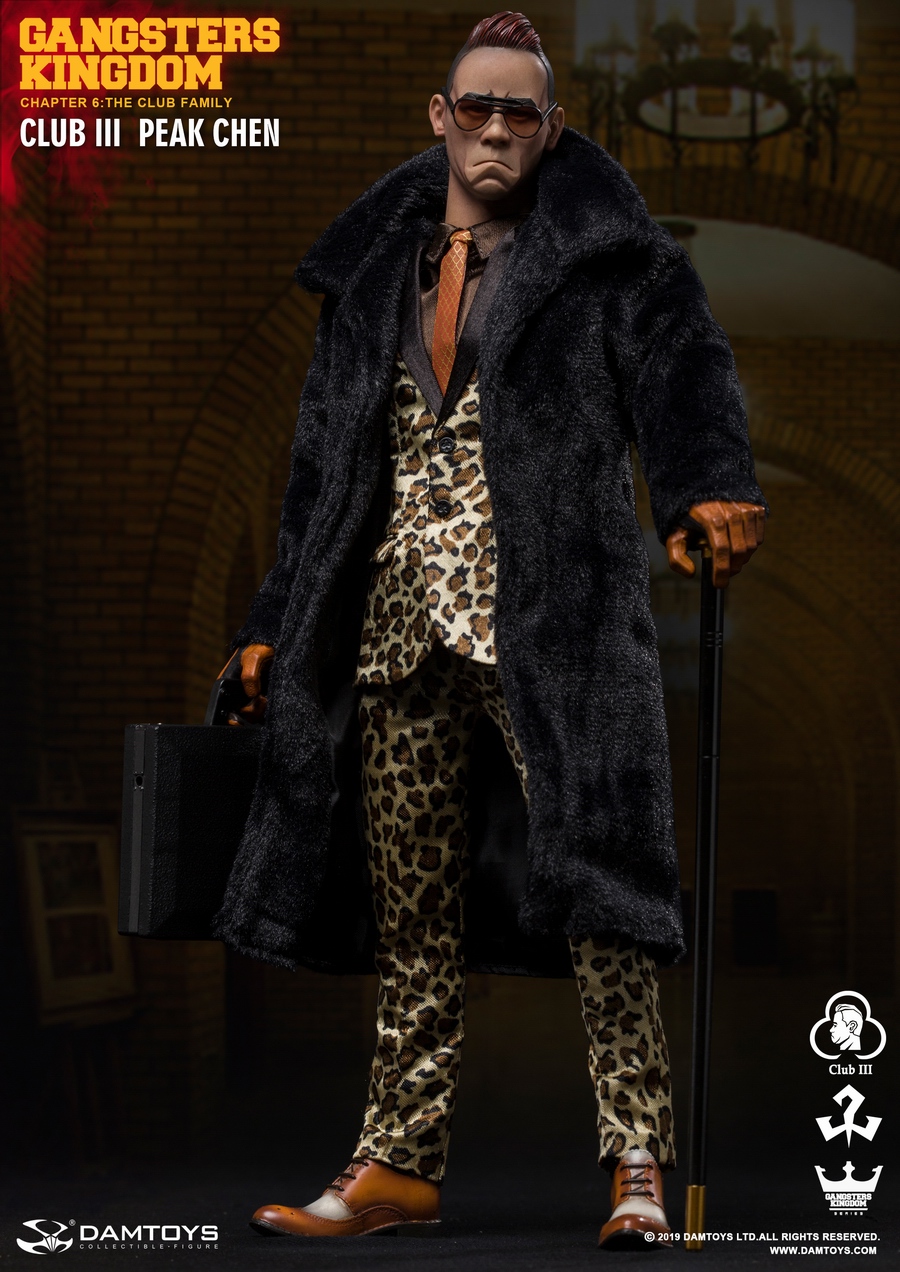 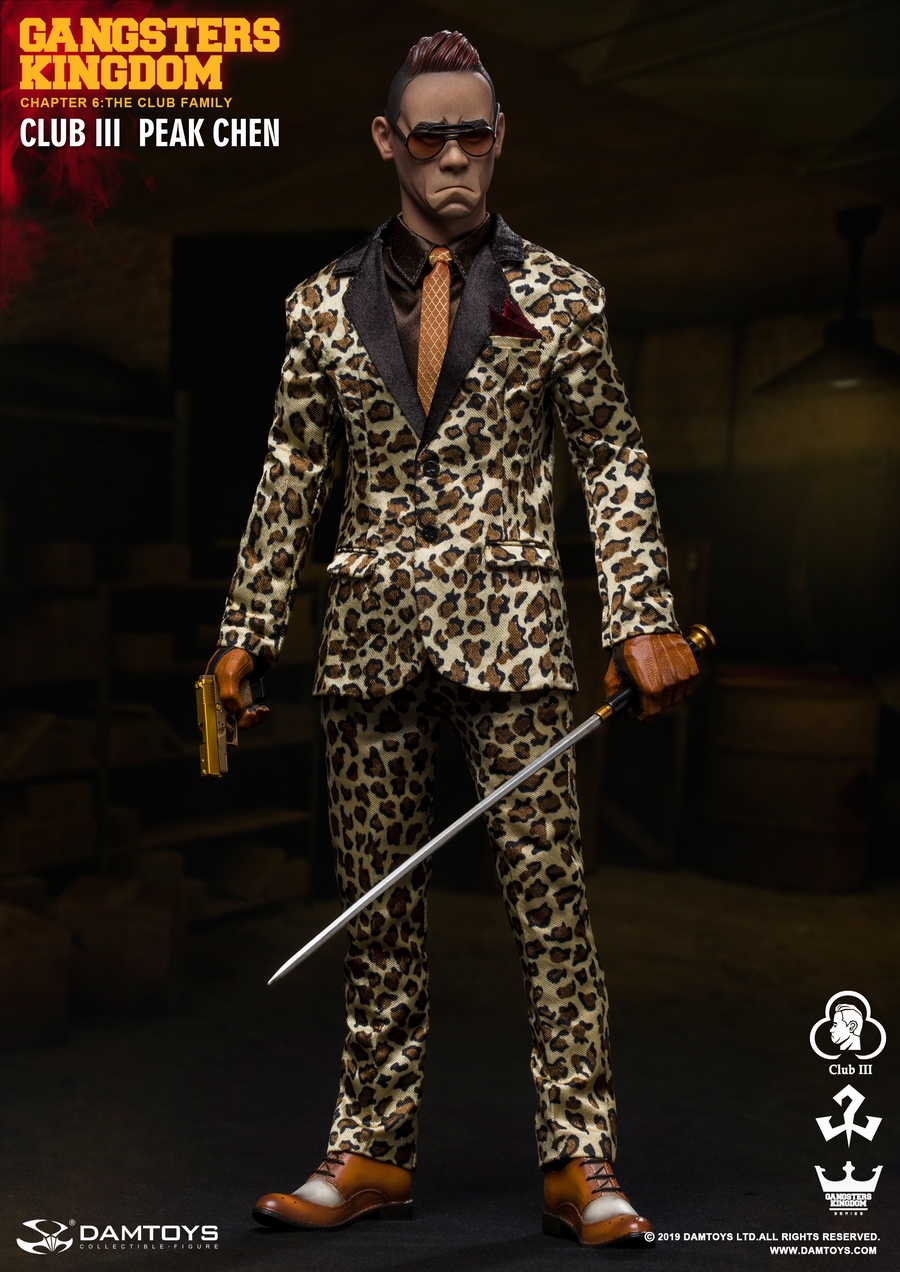 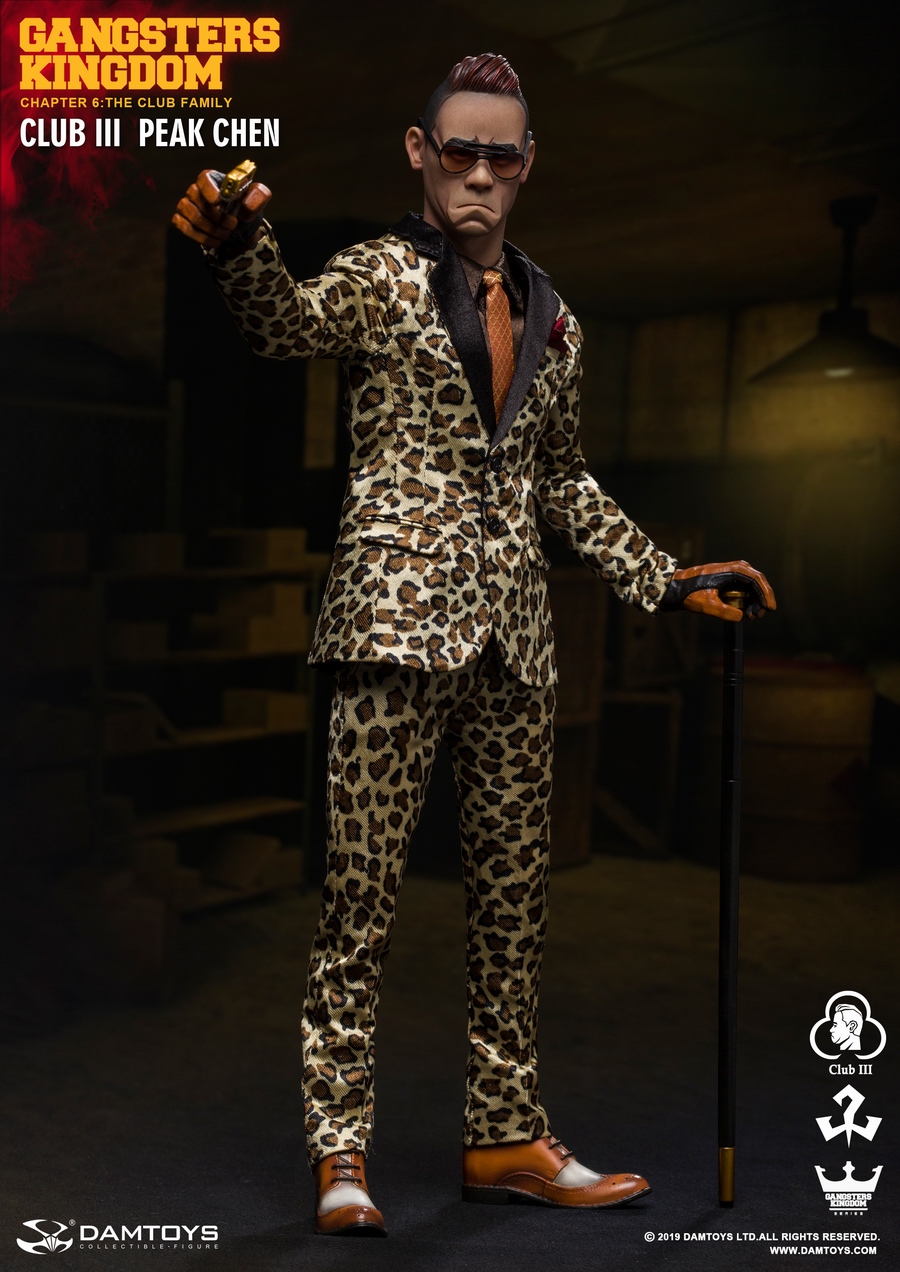 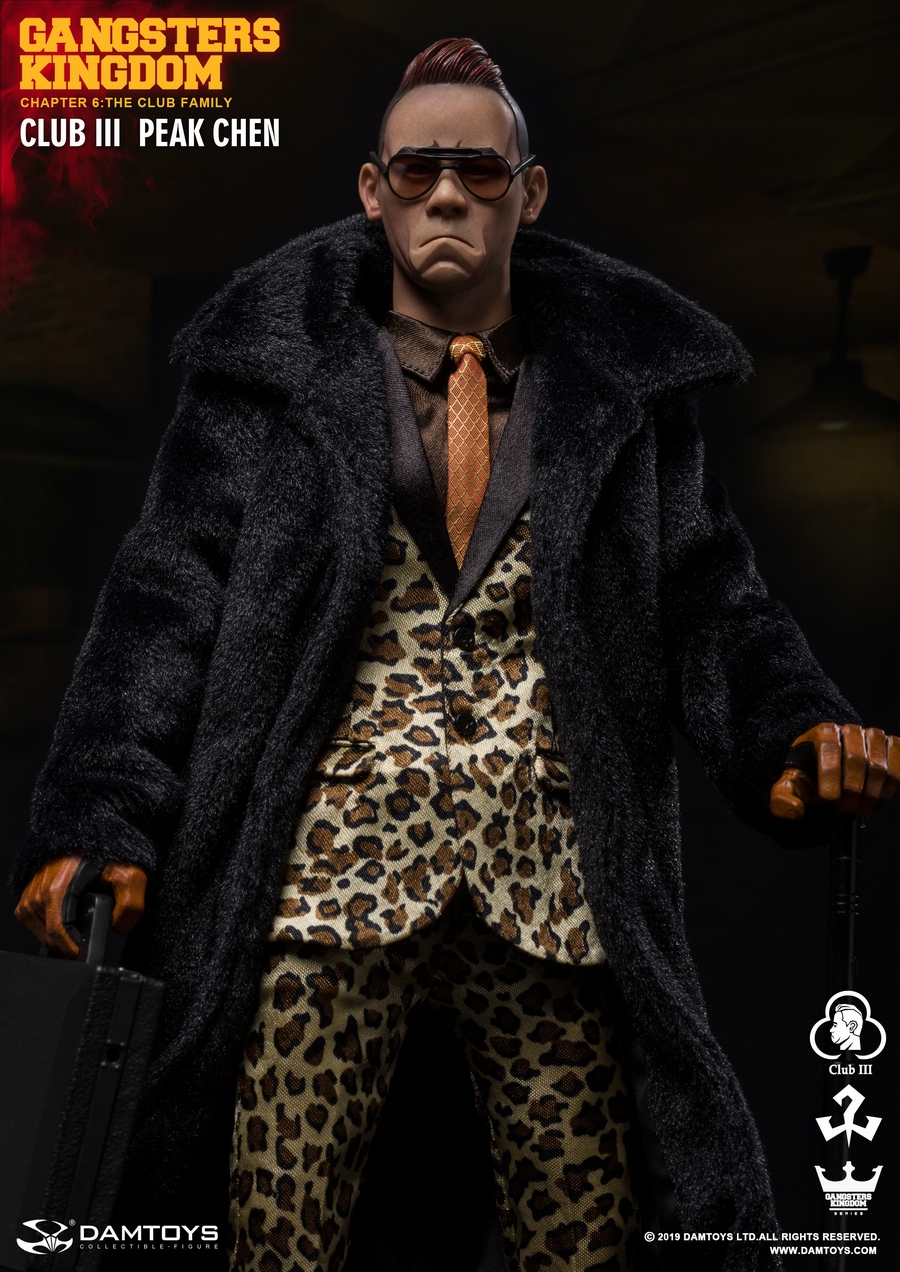 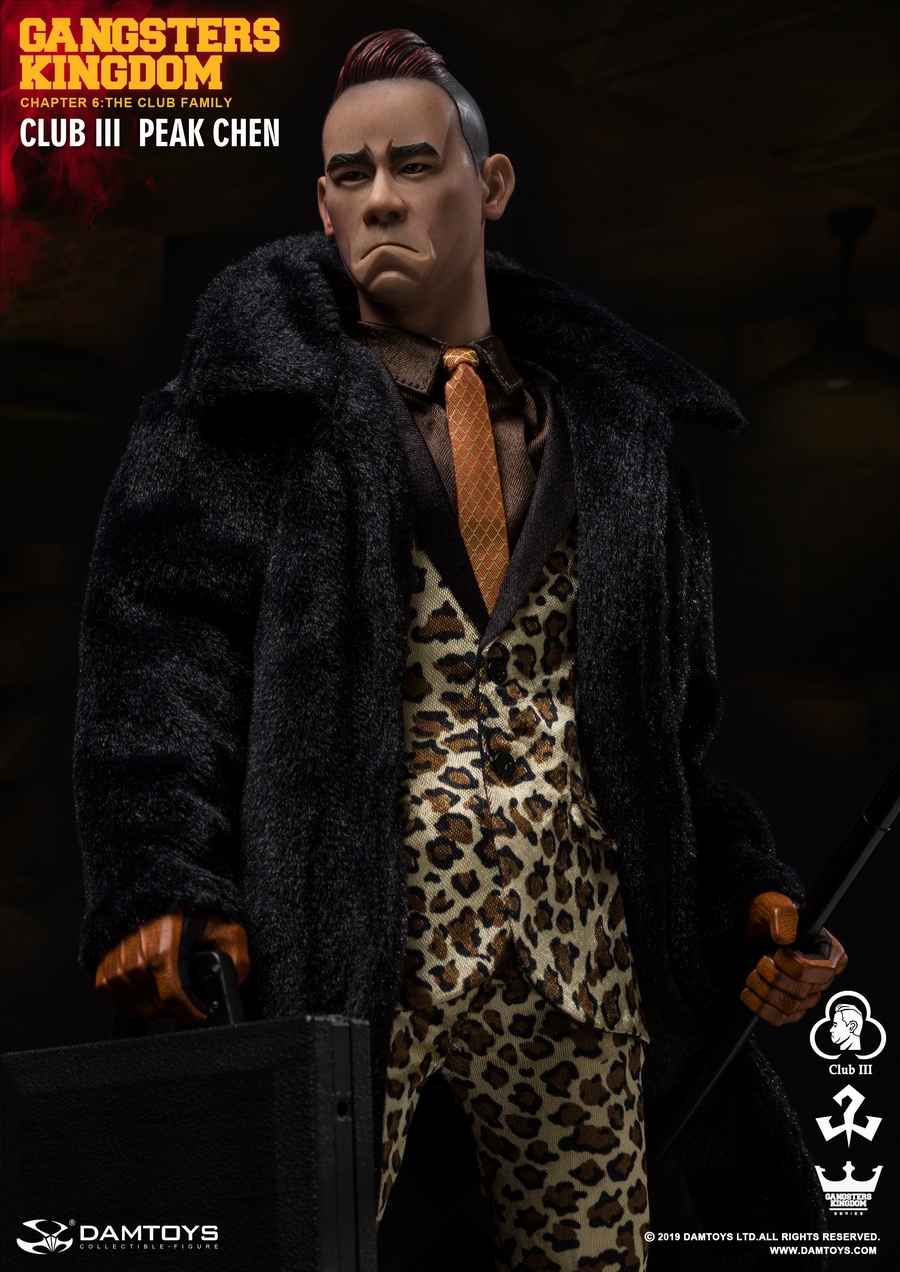 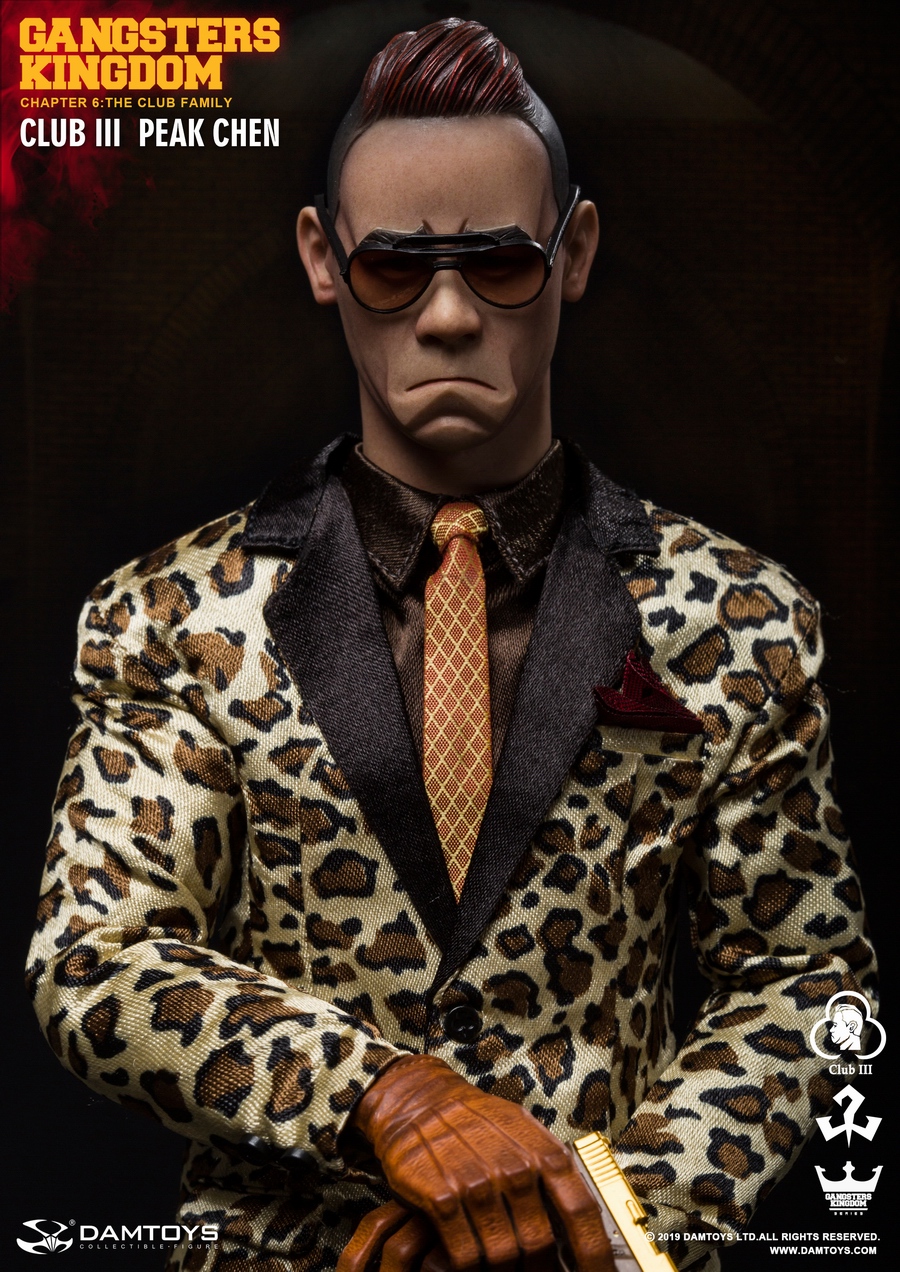 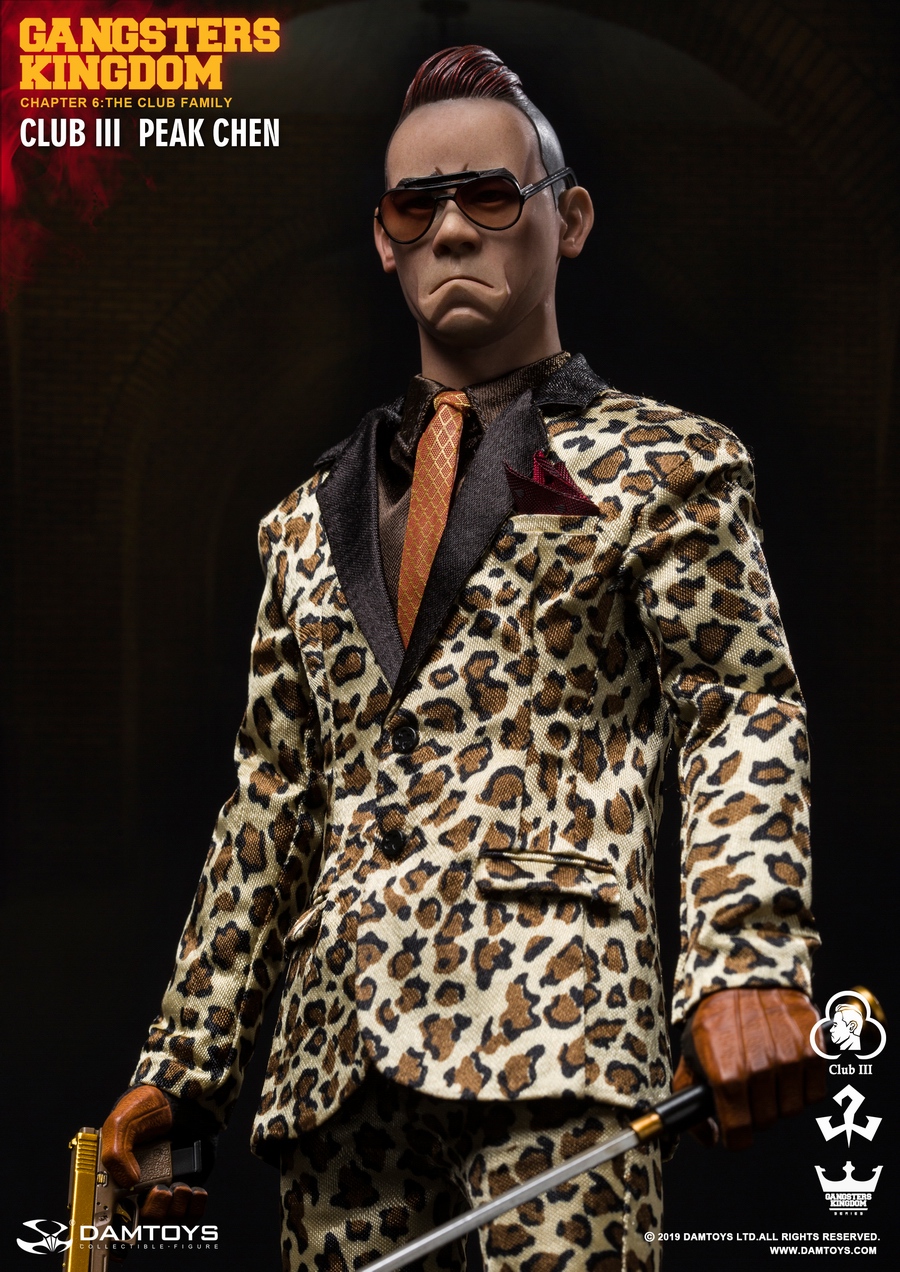 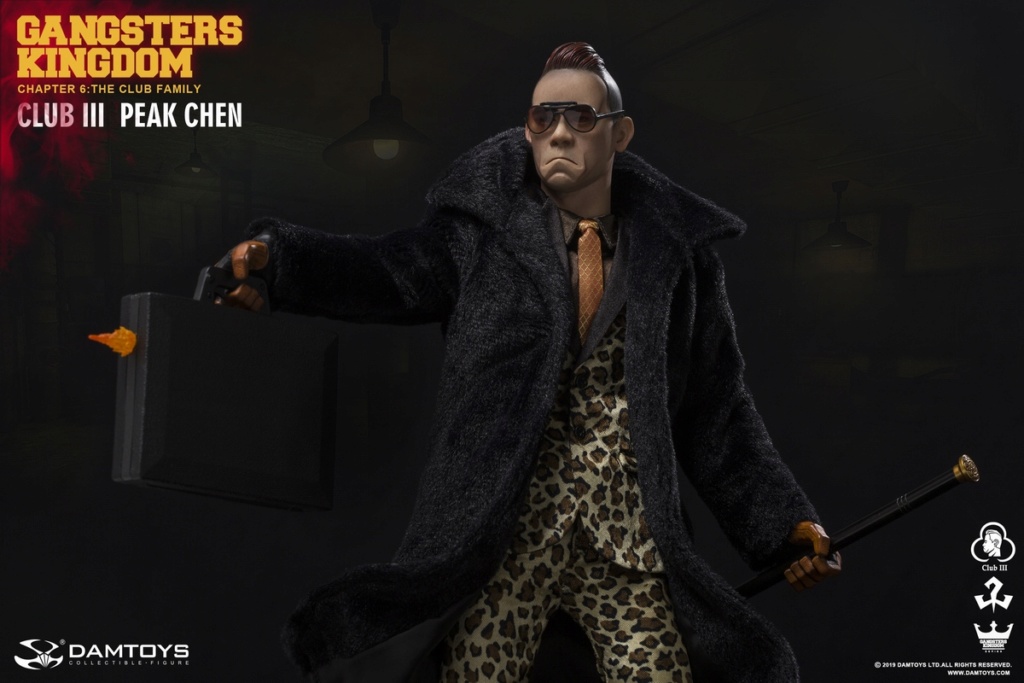 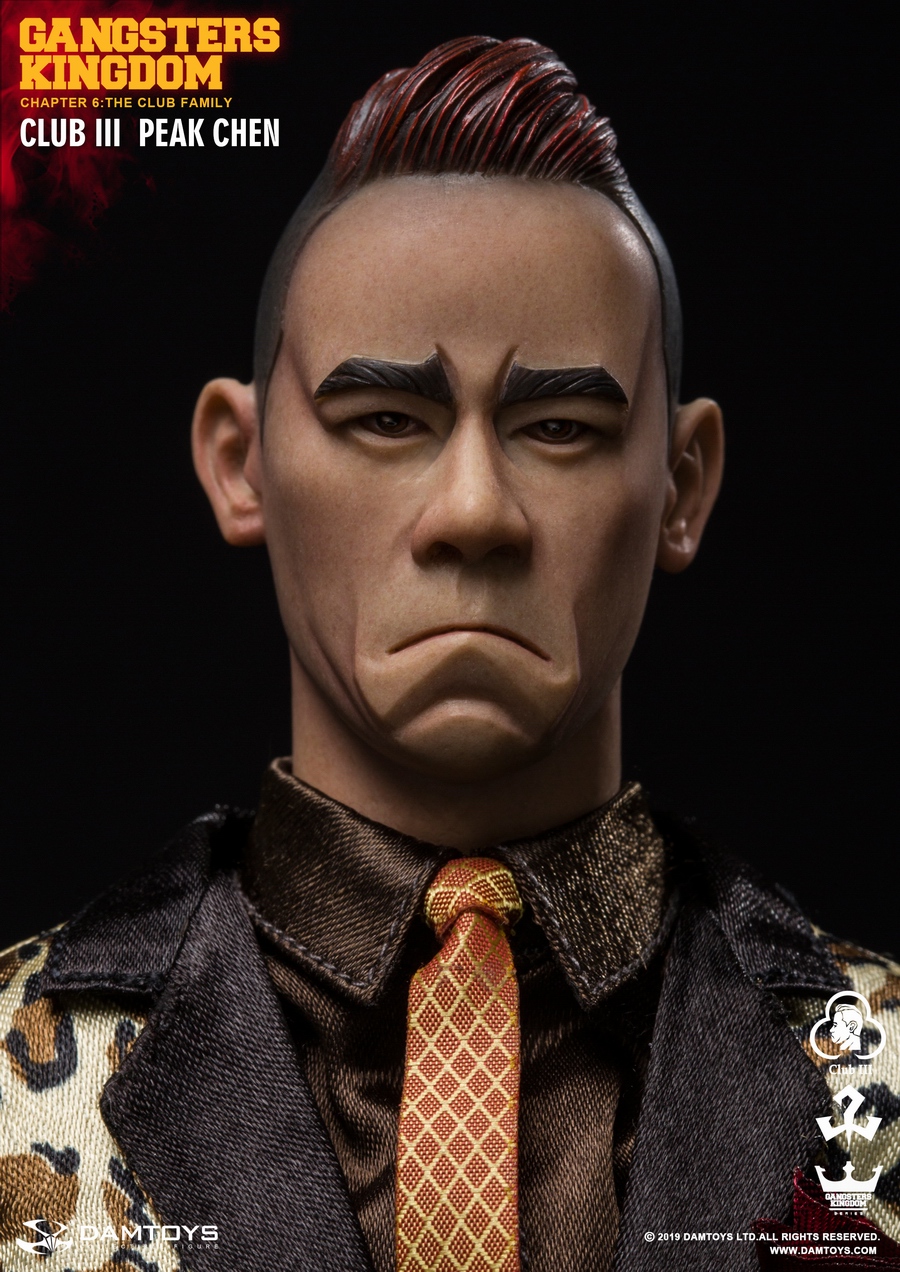 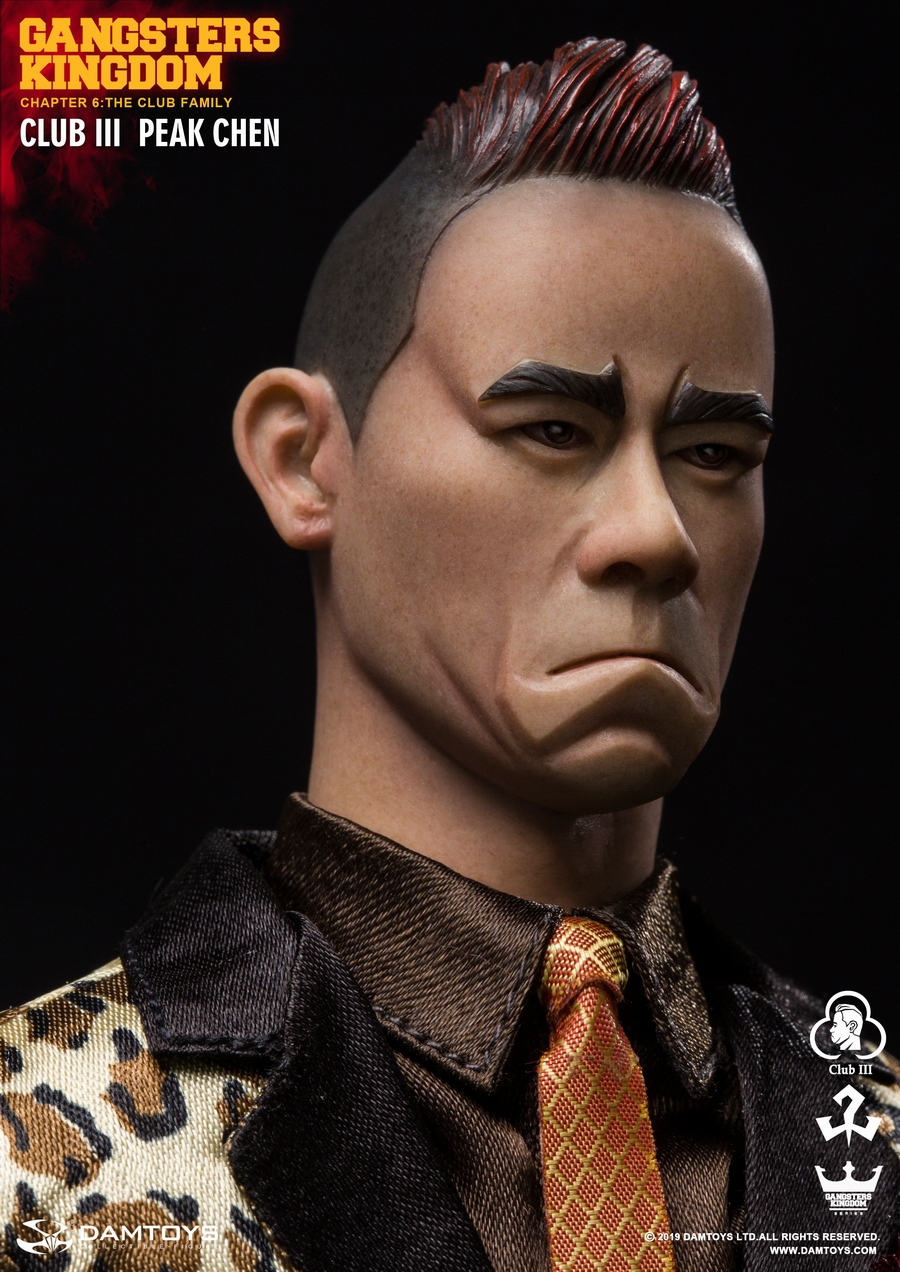 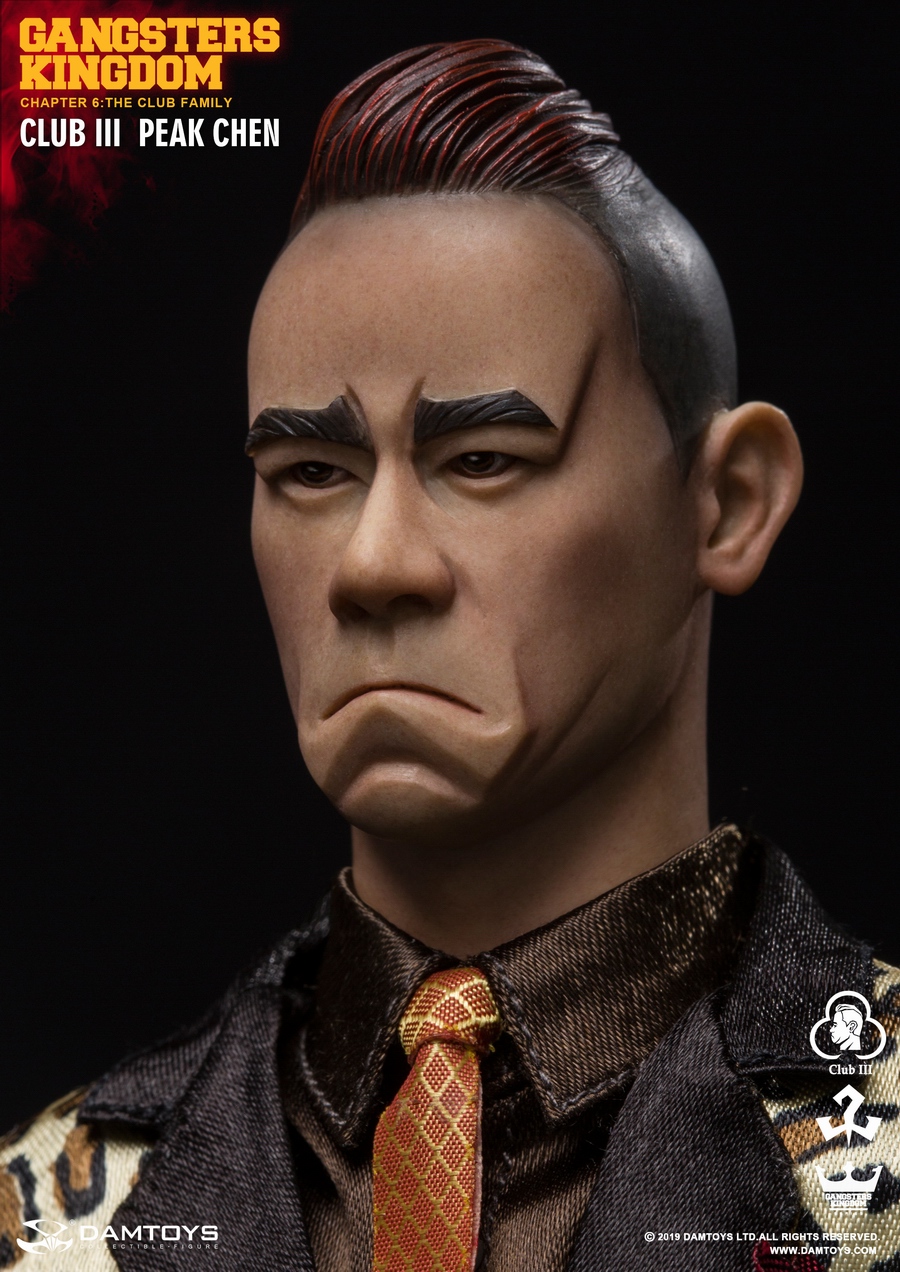 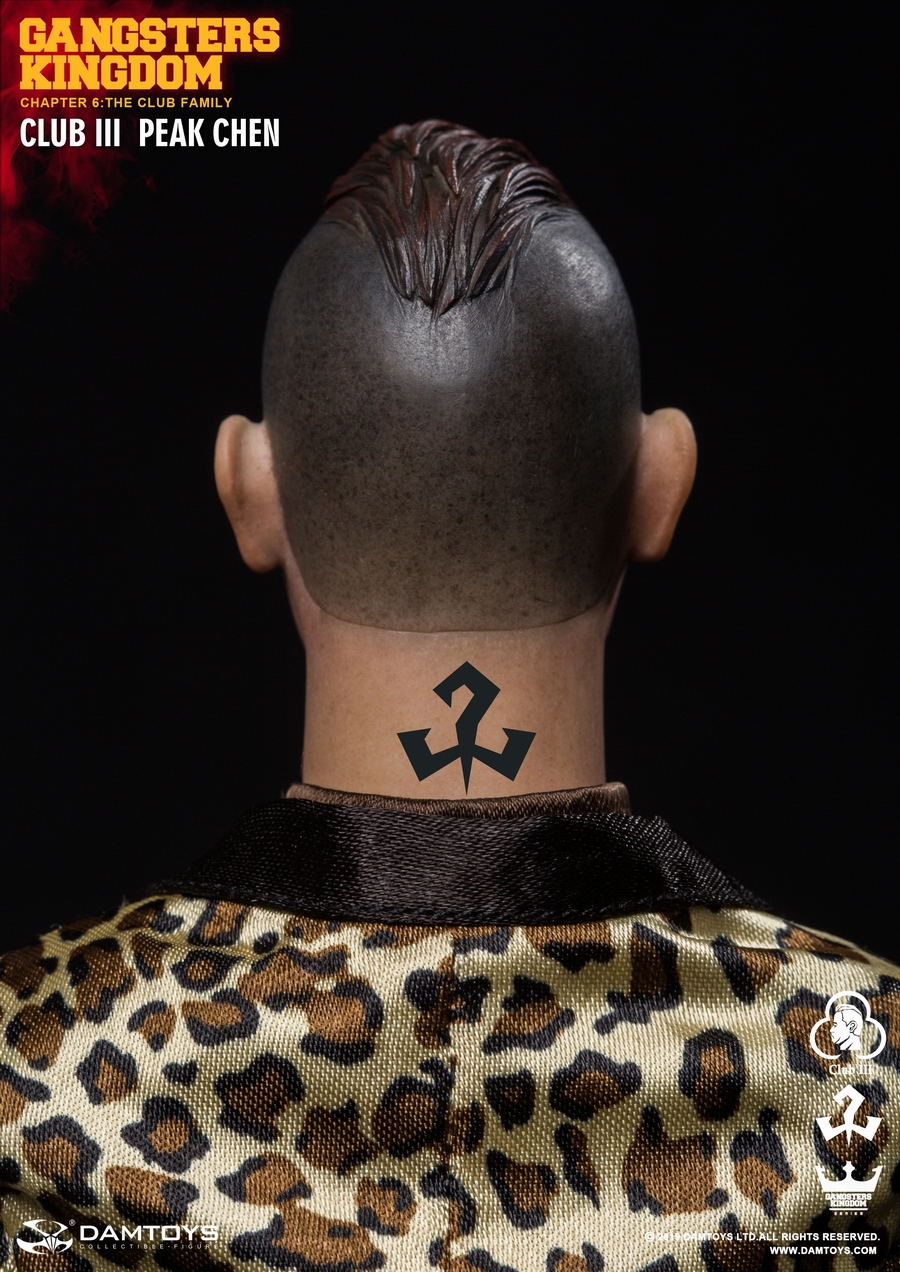 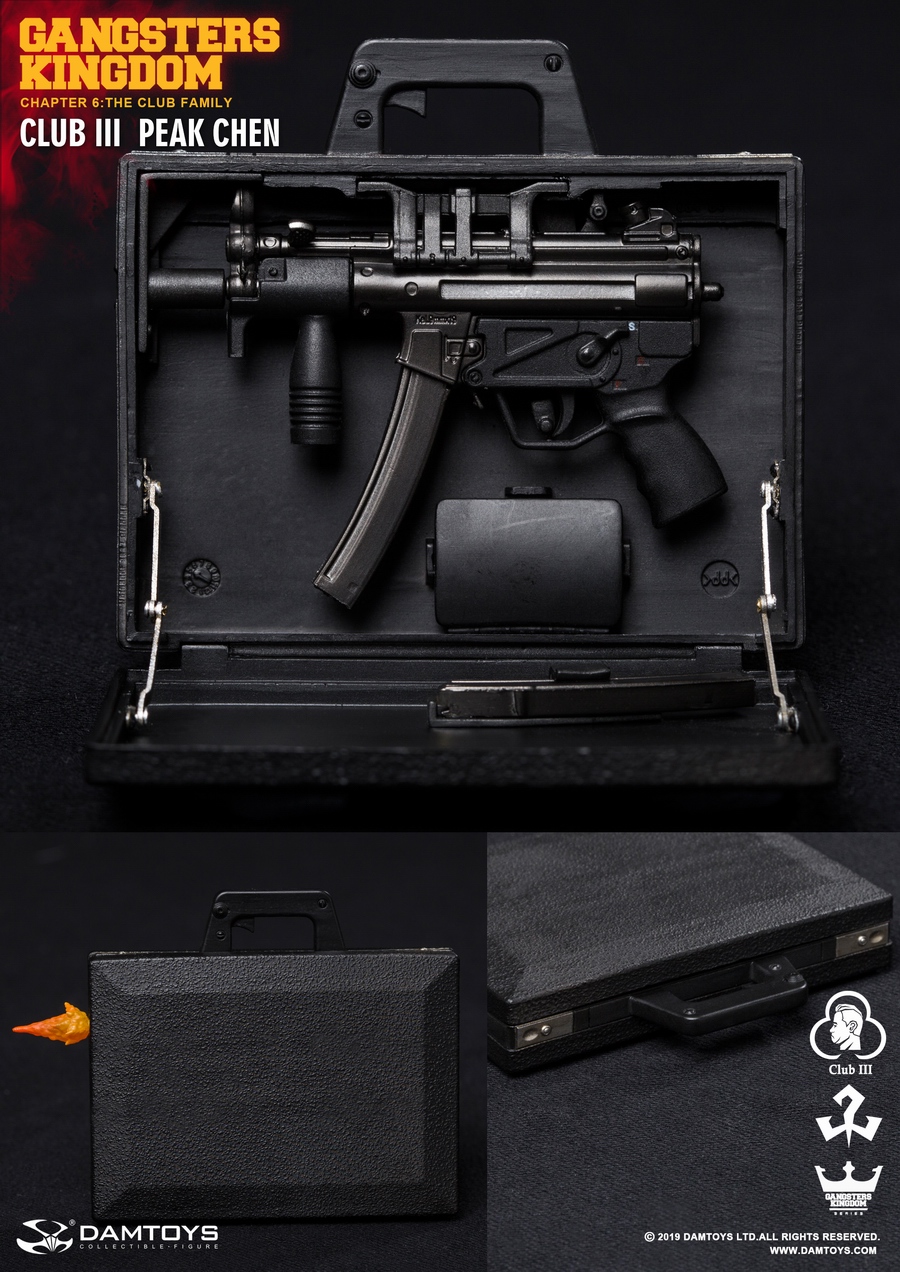 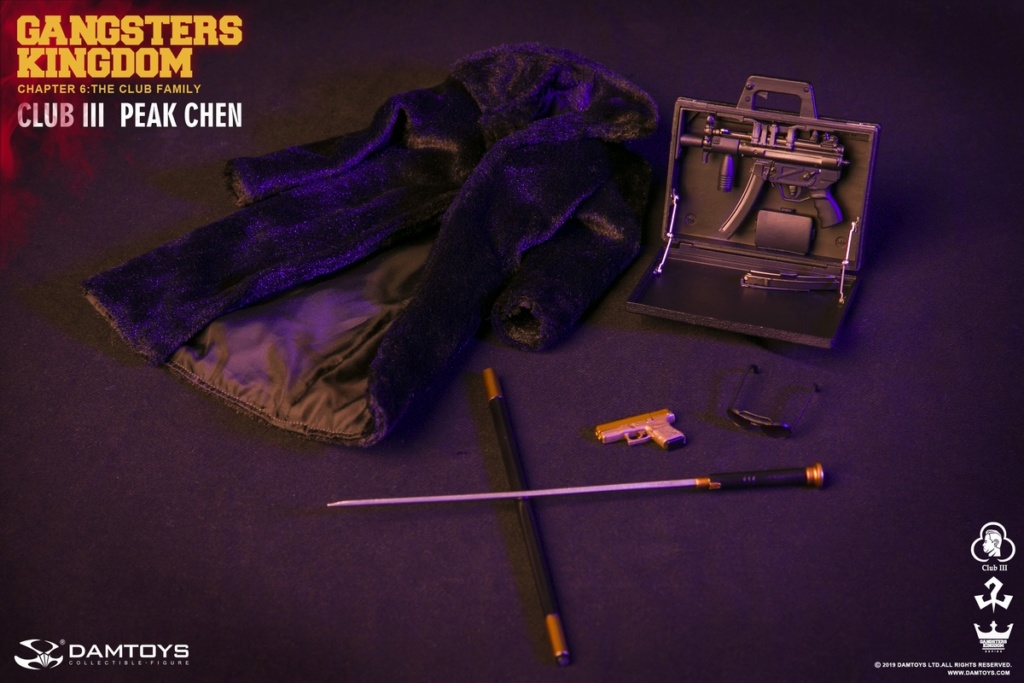 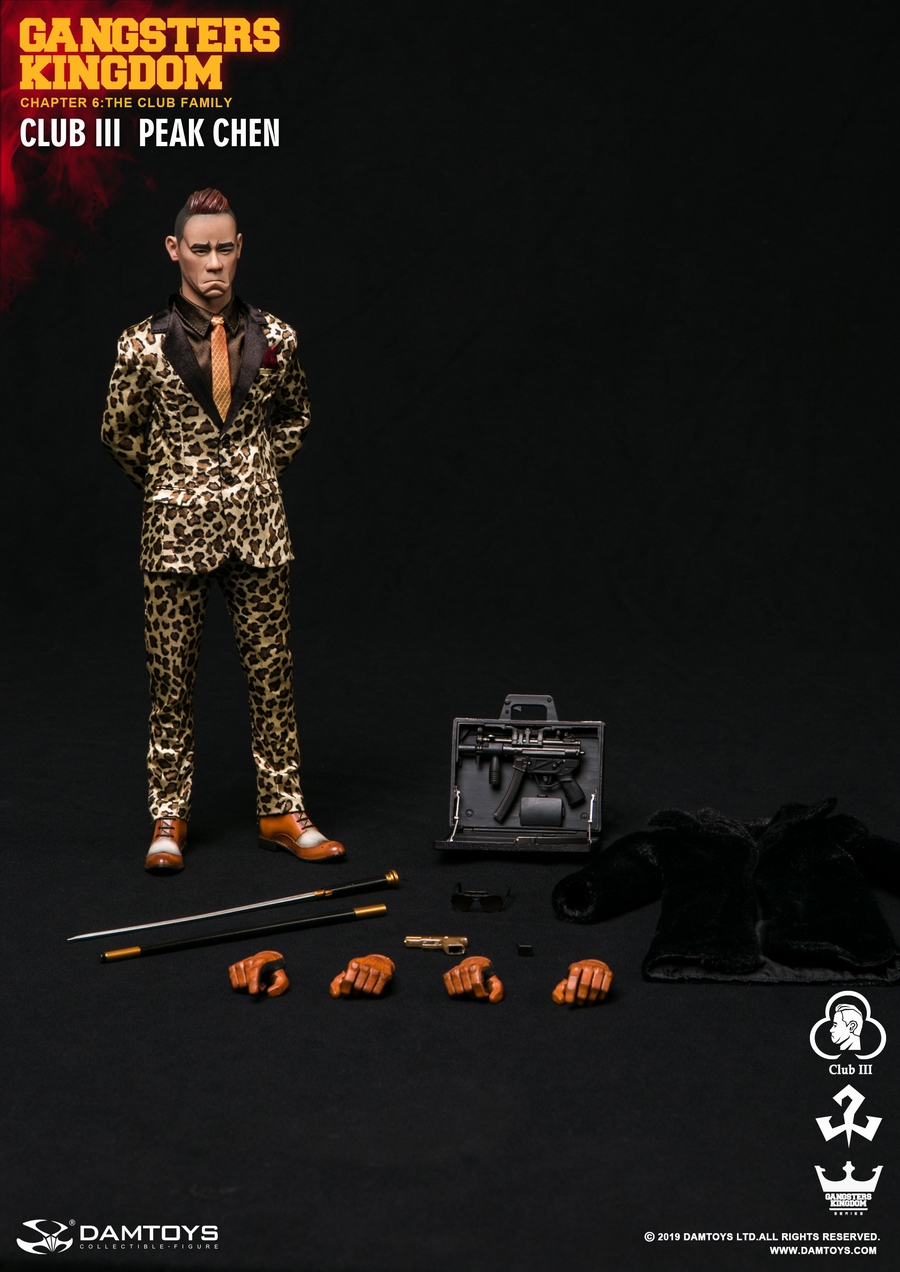