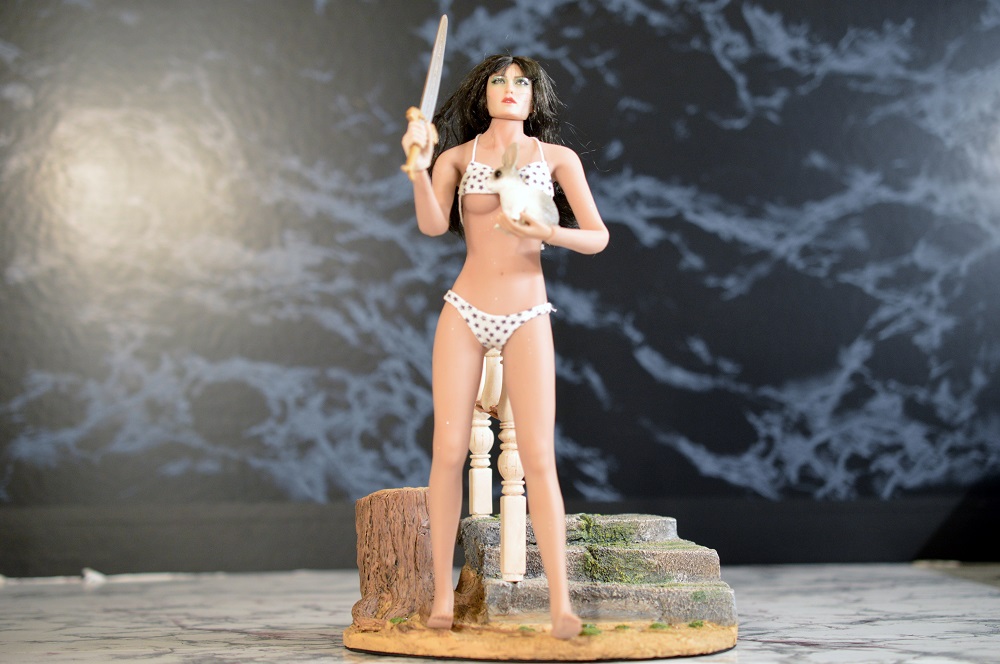 Hosted on Fotki
Hello All I'm Fiona and this is my constant companion Stew.

Please excuse me for a few minutes, I have some business to take care of

BY THE POWER OF ZEUS!!! (Thunder Rumbling Lightning Cracking, brilliant flash of light)

{Cindy} Ah Miss are you lost or something? {Lisa} Who on earth is that and what is she doing??? Does she have appointment, where's her vehicle???

{Cindy} Your guess is as good as mine! 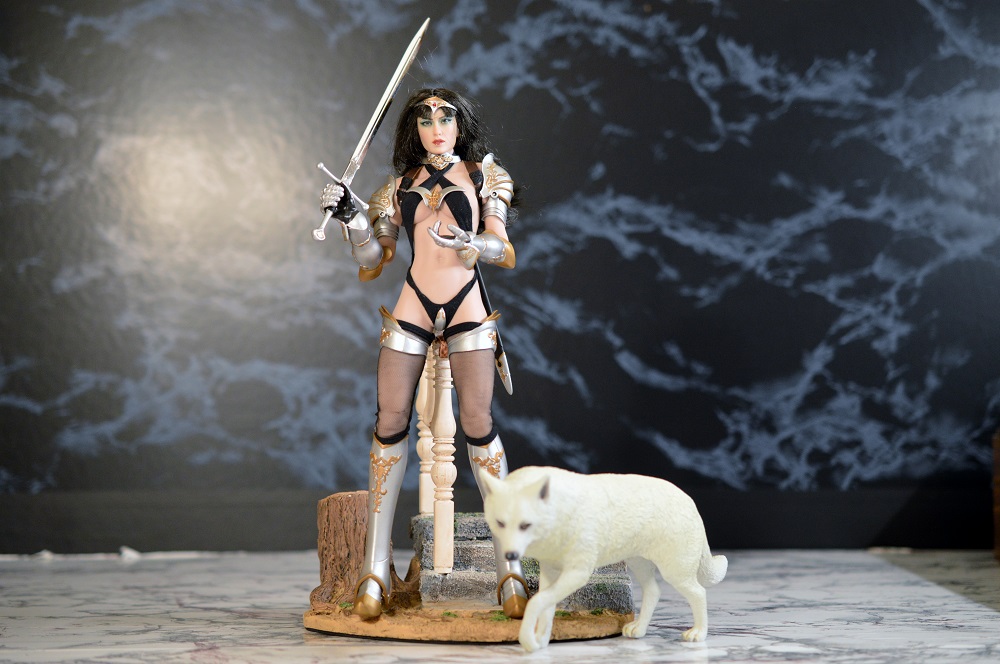 Hosted on Fotki
{Fiona} I HAVE THE POWER!!! Well that's much better. Now where on earth am I! This does not look Queen Aurora Throne Room.


{Cindy} That's an easy one Miss your standing in the middle of my garage and who are you anyway?

And Sorry no pets in my garage allowed unless there are service animals. Hosted on Fotki
{Cindy} Hello I'm Cindy and I'm the owner of this garage and this is my assistant Lisa is there anything I do to help you?

{Fiona}  Thank you kind stranger, yes you can, can you tell what going on here? I was summoned here by a very powerful sorceress to

help a Queen battle a very powerful Demoness that's been terrorizing her kingdom. Well she seems to thinks that since that  Demoness

sword. I was told to meet her at this location.

[Cindy} Ok I think I understand your confusion now either your way late of a bit early, this hasn't been Queen Aurora Throne Room diorama for

{Fiona} Thank you, so can you tell me how to get to the Medieval Female Fantasy Warrior figure display area? Hosted on Fotki
Sure just go back though those doors and hang a hard left, the Fantasy Female Warriors display is on the top shelf, that's where you find

Power Girl will be there in a flash, the superheroes girls seem to hang out on top of the display area when their not doing photos shoots,

I suspect that they think they are better than the rest of us. Hosted on Fotki
{Lisa} So what this Demoness supposed to look like? Would you recognize her when you see her?

{Fiona} I'm not sure but what I've been told that she is about my height and build, well we both have the same TBLEAGUE S23B BODY,

she has a futuristic carbon fiber battle armor and wears a helmet and black cape and she has red hair. And she rides on a flaming iron horse!

And she likes to pop up unannounced.

{Cindy} Well you almost describe my best customer Lady Death, that girl never likes to make appointments! But she does not have red hair and

can't imagine her terrorizing Medieval peasants when she has command center to run. Hosted on Fotki
{Fiona} Hey Cindy why is it so HOT in here all of a sudden? Did you kick the heater up all the way or something? Ok now what are you two

staring at? Do I have something on my face??? Is there something or someone right behind me?

{Cindy} Ah Fiona how quickly can you draw your sword? You may really need it soon, LIKE NOW!!!

{Lucy} Hello Fiona, Looking Good, have you been working out? Luv the outfit! Hey I just happen to know were the Medieval Female Fantasy

Warrior figure like to hang out, hope on I'll give you a ride ok? Hosted on Fotki
{Fiona} No thanks Miss I would rather walk.

{Lucy} Suit yourself I will see you around then. Hosted on Fotki
{Fiona} Well she was one interesting character wasn't she, Hey wait a minute you don't suppose that was her do you???

On a Side Note: I would like to take this time to give brassco a Big Thank You for his Lucifer Clothes Set For Fiona Valkyvia Chronicles
Review/ Thread it was a huge help in building my figure.

PureEnergy wrote:LOL.  Excellent, Bad Wolf.  How I do enjoy your storytelling.

Thanks you "PureEnergy" it's very much appreciated!

Indeed I'm a fan of Charmed. (well the new Charmed reboot on CW)

I hope to have this story finale sometime after the holidays. (I ran into some technical difficulties during the photo shoot)

GubernatorFan wrote:Looks like you've kitbashed a new recruit and she'll fit right in. And the demon hunting is about to begin...

Thanks GubernatorFan, I think she will fit in nicely with the Medieval Female Warrior figure, it hard to say about the demon hunting
at this time.
_________________

Stryker2011 wrote:It’ll be interesting to see the outcome. Going to be hard to beat Lucy (until Michael shows up, anyway. Even then... )

Thanks Stryker2011, that indeed would be a very interesting battle, on that one I would be betting on Lucy, if Fiona can some how
figure out how to get Lady Death involved in that battle that would definitely help even things out, although Fiona might be able to
hold her own until Michael shows up. I'm considering getting that figure next year.
_________________

ReverendSpooky wrote:I think you could argue that her pet wolf is totally a service animal!  And If a woman has a wolf and a sword, it's probably wise not to try to tell her otherwise.

Great new addition to the cast!  And glad to see Lisa is settling in as Cindy's assistant.

Thank you ReverendSpooky yea those are two very good points. Lisa settling in really nicely as Cindy's assistant and unknown to Cindy her  bodyguard.
_________________

Re: Fiona The New Girl