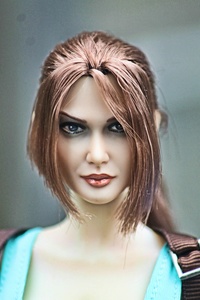 Posts : 50
Join date : 2018-04-02
Age : 46
Location : Manchester UK
Hello again. Im still very much obsessing over 1940s and fifties comic and pulp books. And making toys to go with. How different attitudes were back then, and not really in good ways.

Heres a couple of new characters from my Dollar detective series:

Firstly, Barbara, the ex-wife of The Silver Hood: 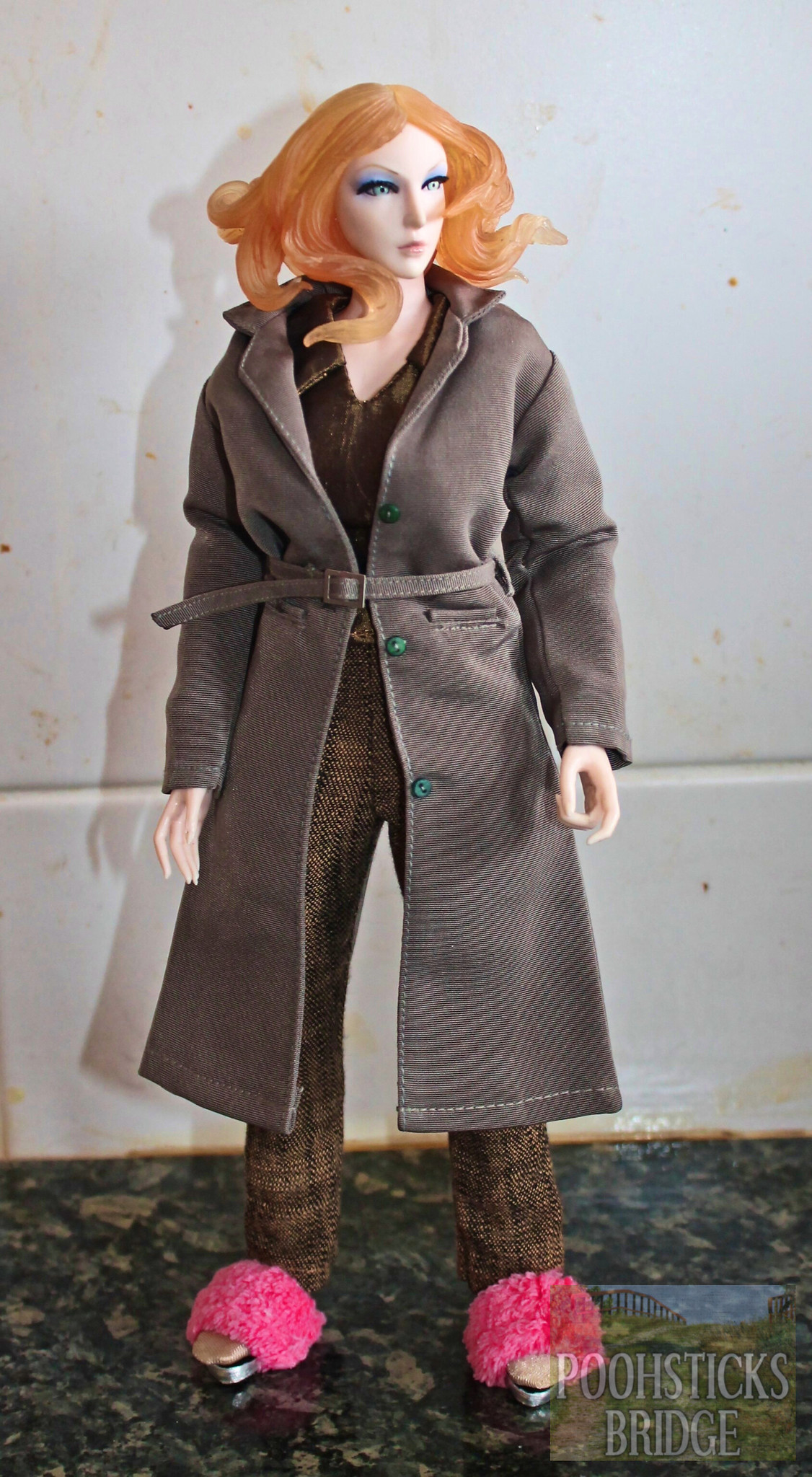 Barbara, ex-wife of Det. Jim Carter, and former investigative reporter on The Daily Standard. When barbara got too close the the true identity of They Grey Phantom, her husband Jim was murdered and Barbara was framed by the Phantom for the murder.

But Det. Jim. Carter didn't die.  Aliens rebuilt his shattered face and enclosed it inside a silver case, becoming the crime fighter The Silver Hood.  Barbara was sentenced to life in prison.  Though The Hood believes she was not responsible, the evidence said otherwise and her innocence was impossible to prove.

Finding allies in prison in the form of an all girl gang of thugs and rebels, Barbara escaped in an attempt to bring the Phantom to justice. Since then, she has escaped several times, and occasionally teamed up with The Hood to fight crime, only to find herself eventually recaptured and returned to prison. 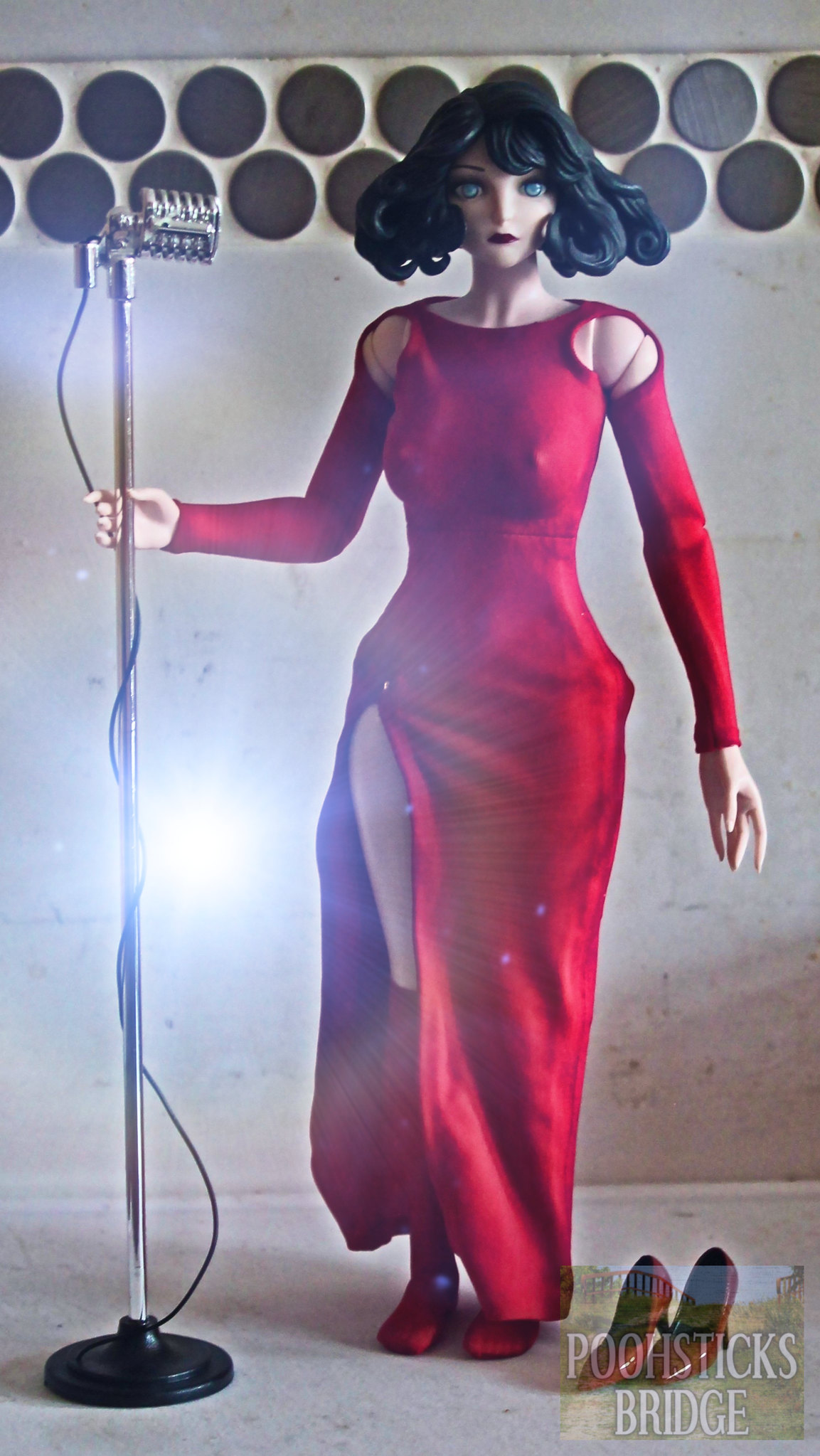 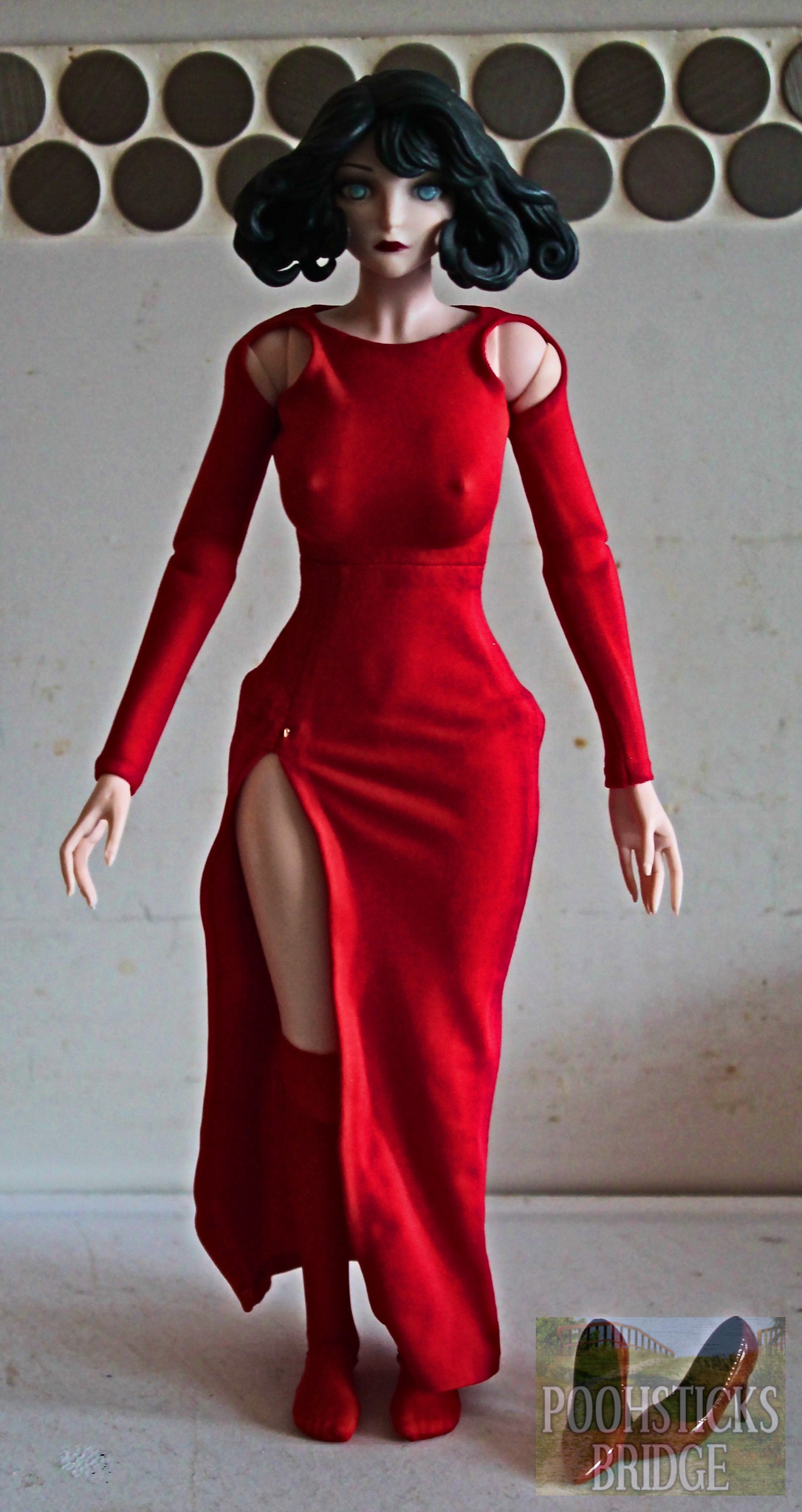 The whole room stopped as she sang. A vision in red curves, every man in the New York Supper Club wanted Loretta. They silently hung on every word, savouring the one chance they had each week to watch her. She didn’t heed them, nor could she. She was stone blind.

Captain Rock Drake, Jungle explorer and Patricia, his asssistant (who, for some reason, manages to get captured by Nazis/bad guys/evil scientists every week) 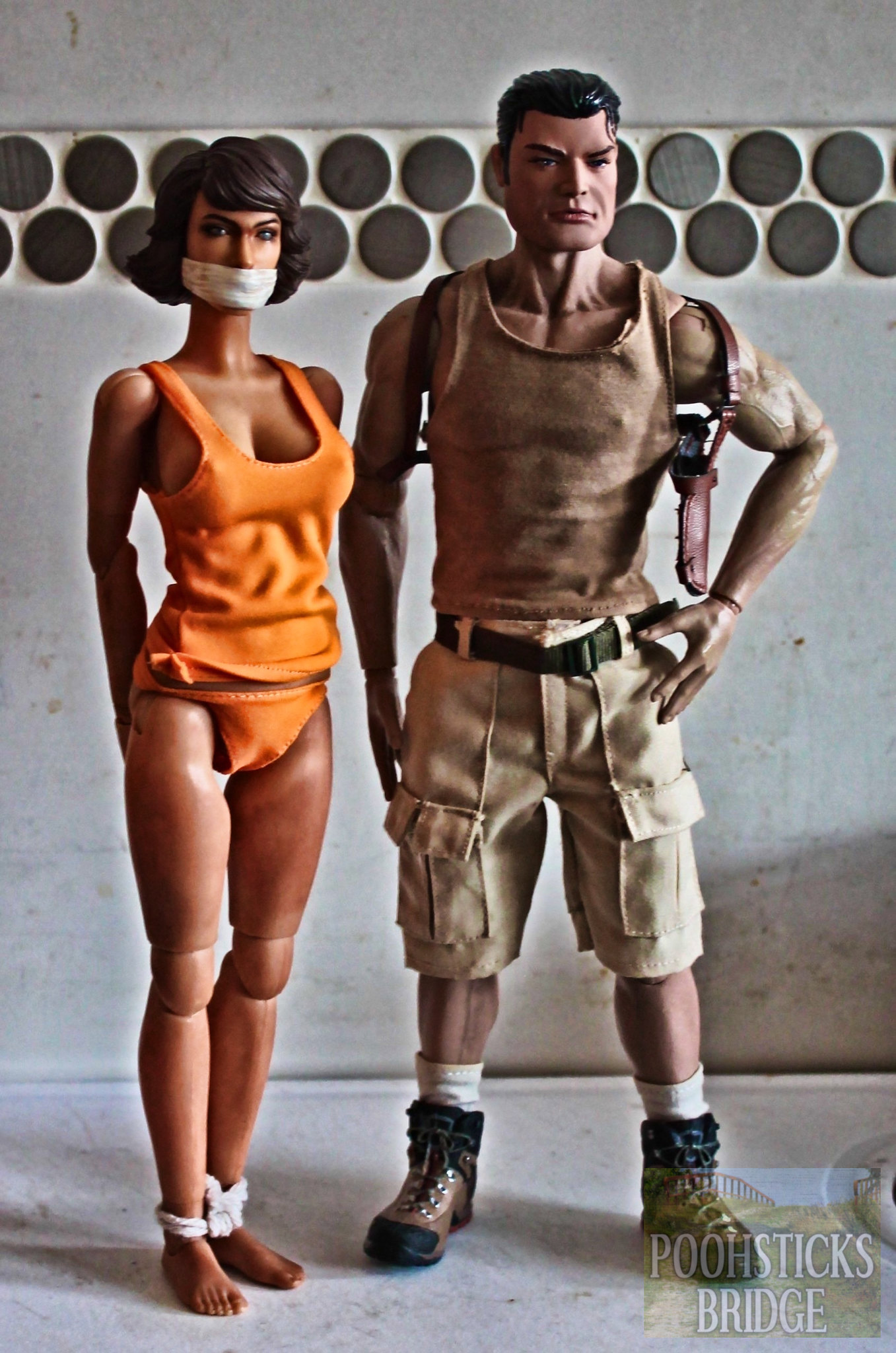 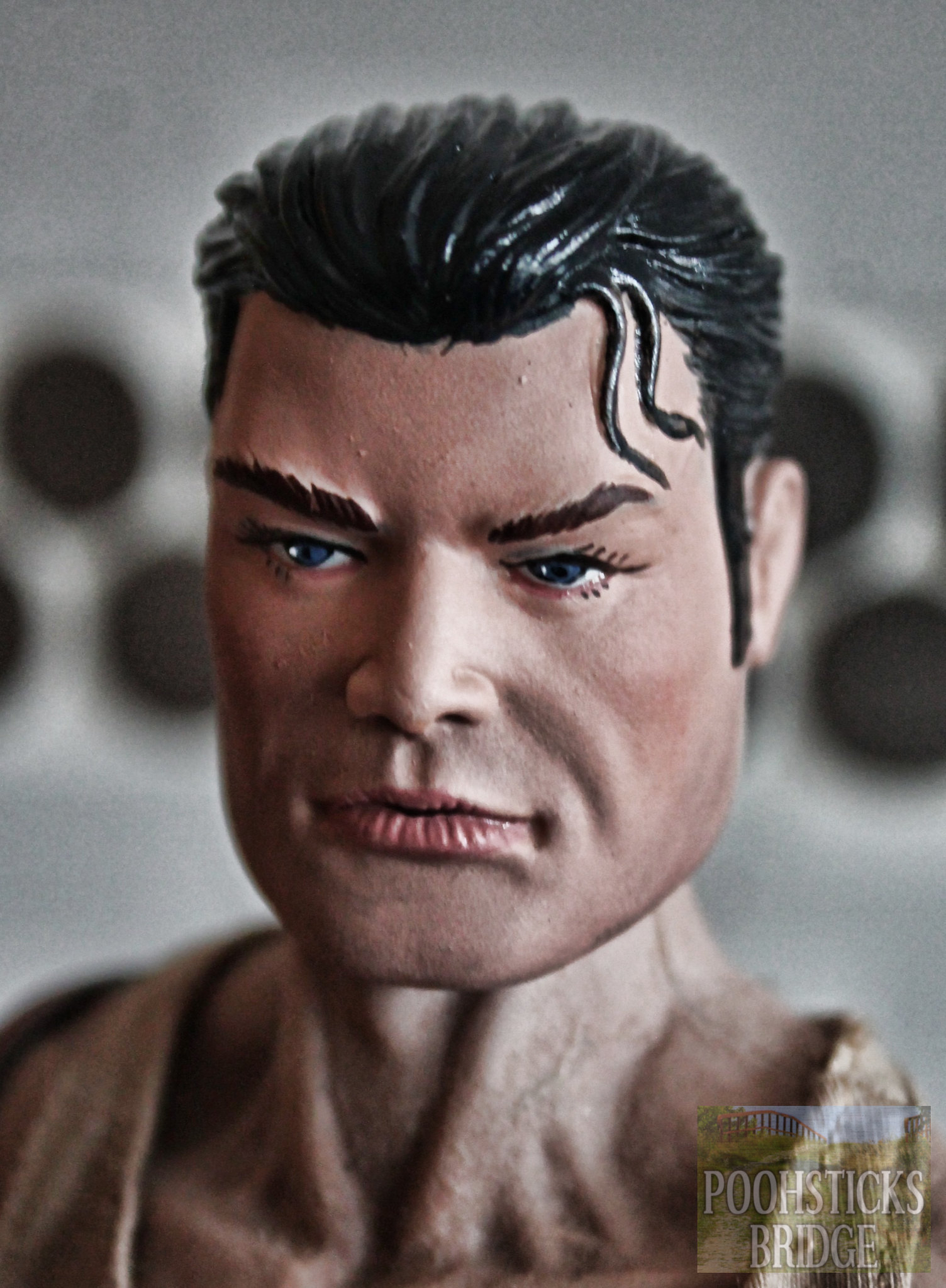 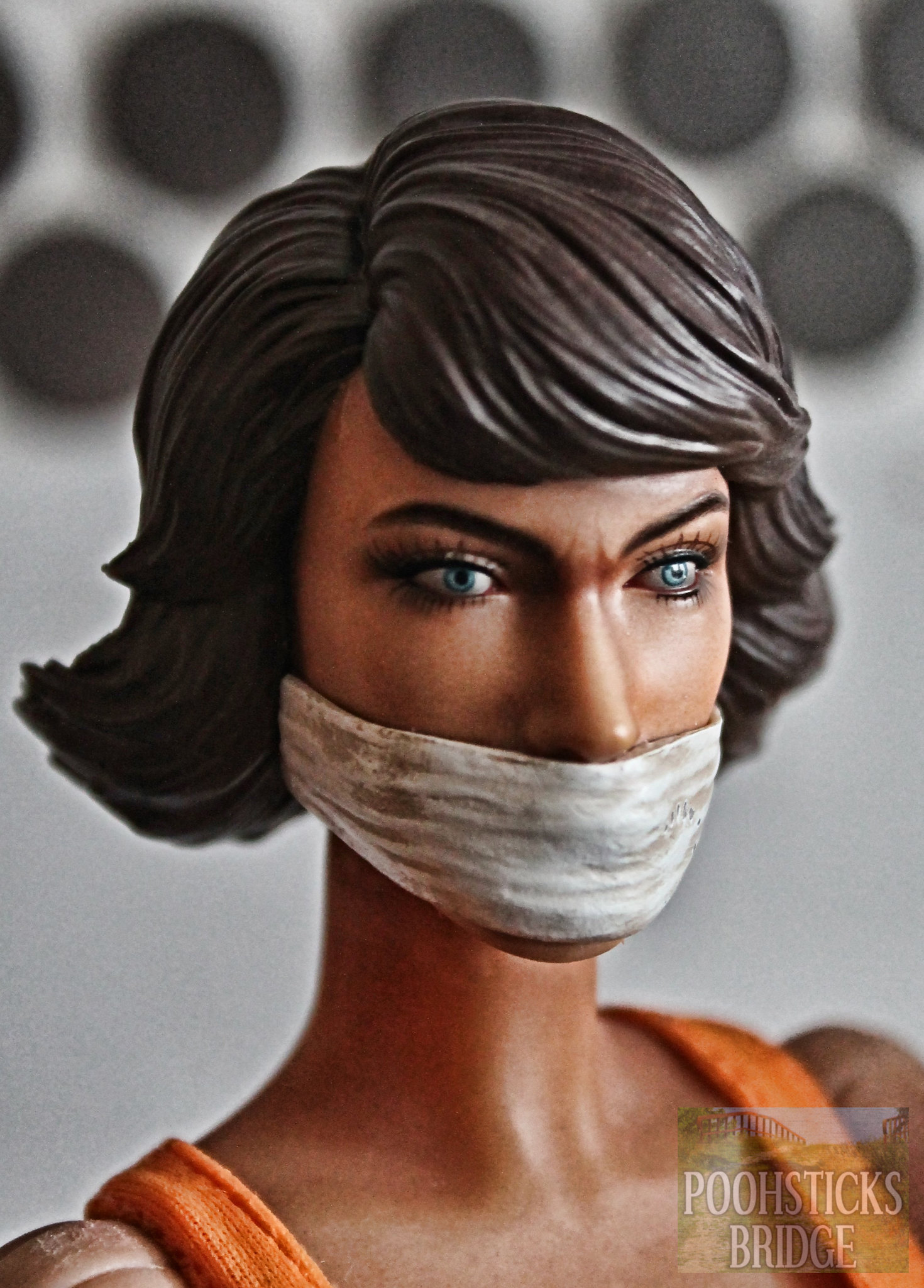 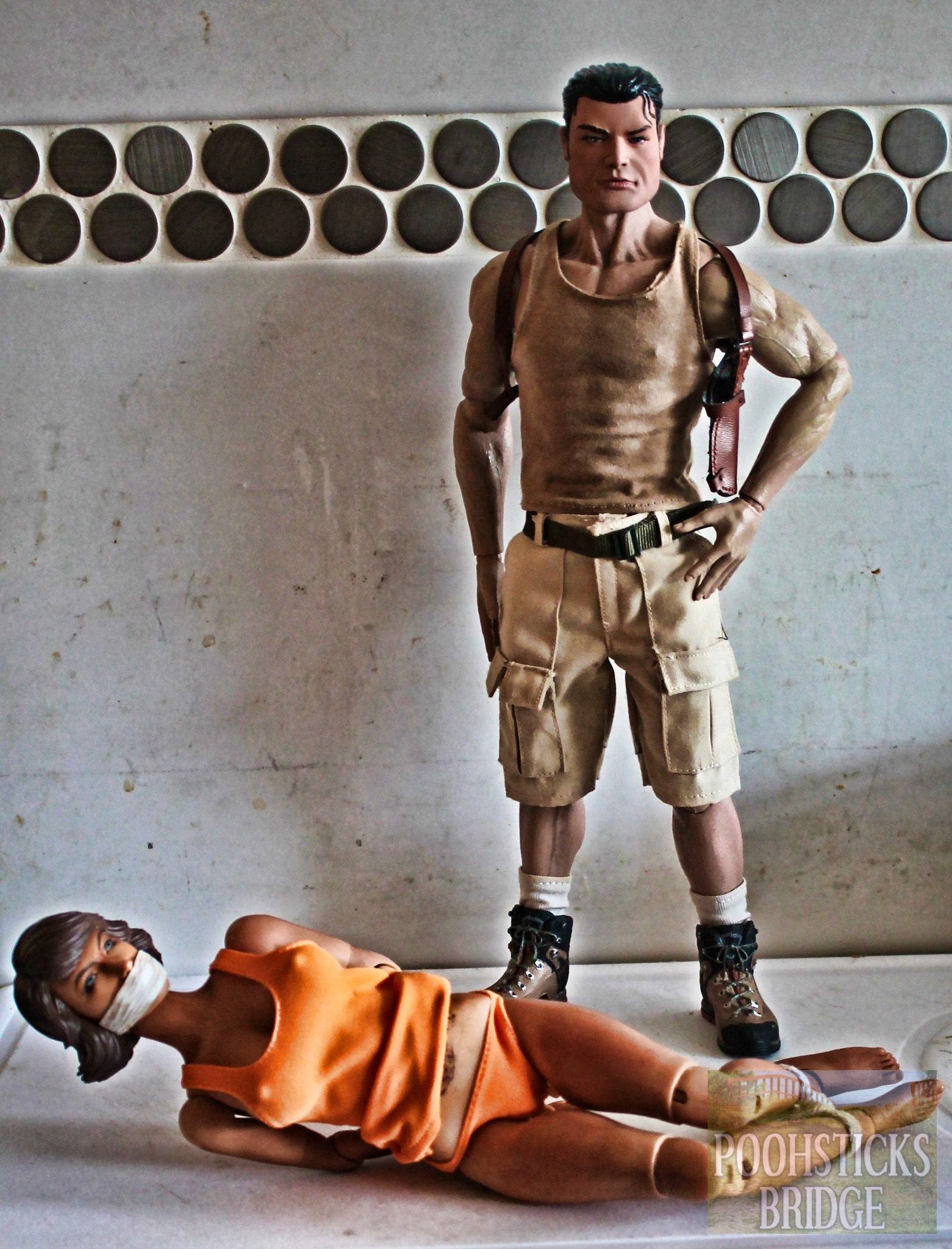 "Don't thank me, Patty. Just rest your little head. You've had a shock!"

"IN a minute, honey, honey. I have to pose and look heroic.  Keep still!"

"They're crawling into my knickers..."

"Hush, Patty. I have to play the big star. I have just punched out twenty nazis, you know?"

Maybe someday I'll do an updated modern version with Rocks grandaughter as the explorer.  But for now, I'm reveling in 1940s and 1950s nostalgia and reminiscing just how diferently the two sexes were treated.
_________________
"I don't plan to die," she laughed, flicking the safety off the chrome plated desert eagle, "But if I do, I'll see you in heaven, little brother. I’ll be the one ramming the harp up St Peter’s tight little asspipe.”

Founding Father
Posts : 7055
Join date : 2018-03-29
Location : Island of Misfit Toys
Haha. Very cool. Great use of some of those sculpts. Is Patricia the April O'Neil figure that came out not that long ago? The old pulps are some of my favorite books. I even had a chance to meet Mickey Spillane shortly before his death -- very nice man, and he wrote some of the best hard-boiled detective books of the era.
_________________
Mark

However I do like your clothes and fashion style your figures have.......

Posts : 50
Join date : 2018-04-02
Age : 46
Location : Manchester UK
Stryker: That is the newshen April sculpt, attached to a triad otaku-ish body. Ive been wondering what to do with a gagged head for a long time. The neck was a pain to modify, but that ZC body just had to go.

Im kinda jealous you to to meet Mickey. I love his detective stories.

Posts : 3211
Join date : 2019-01-11
Location : the far, bright center
These are absolutely stunning! I love your paint jobs on all of them, as well as choice of outfits and the figures' overall stylized appearance. Very creative approach to these types of characters, and so skillfully put together -- thank you for sharing!