Founding Father
Posts : 7674
Join date : 2018-03-29
Location : Island of Misfit Toys
In this last installment of the Infinity Saga, Marvel Studios has taken fans on a remarkable journey about friendship, team work and setting aside differences to overcome obstacle. Our beloved super heroes understand how fragile the reality is, and the sacrifices that must be made to uphold it.

Among all the outfits and weapons designed, the new Avengers Team Suit had drawn intense attention from fans and audiences shortly after the release of the movie trailer in the early stage. Today, the mystery behind this new suit has finally been unraveled in theaters! Hot Toys is very pleased to present the latest 1/6th scale collectible figure that captures Tony Stark in this brilliant tech suit with the most up-to-dated details.

Costume:
- One (1) newly tailored Avengers Team suit in multiple shades of gray color and red trims with Avengers emblem on chest
- One (1) pair of white boots 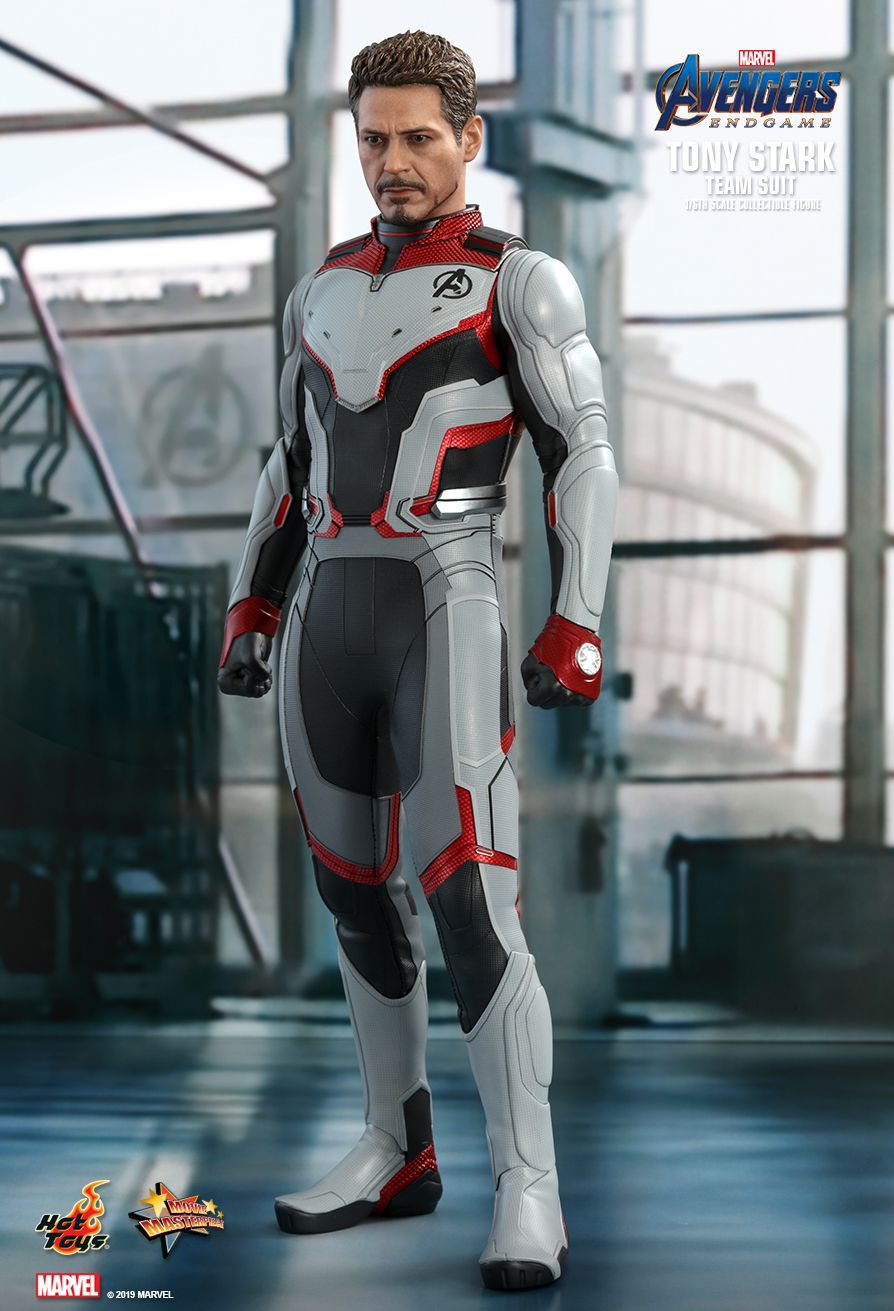 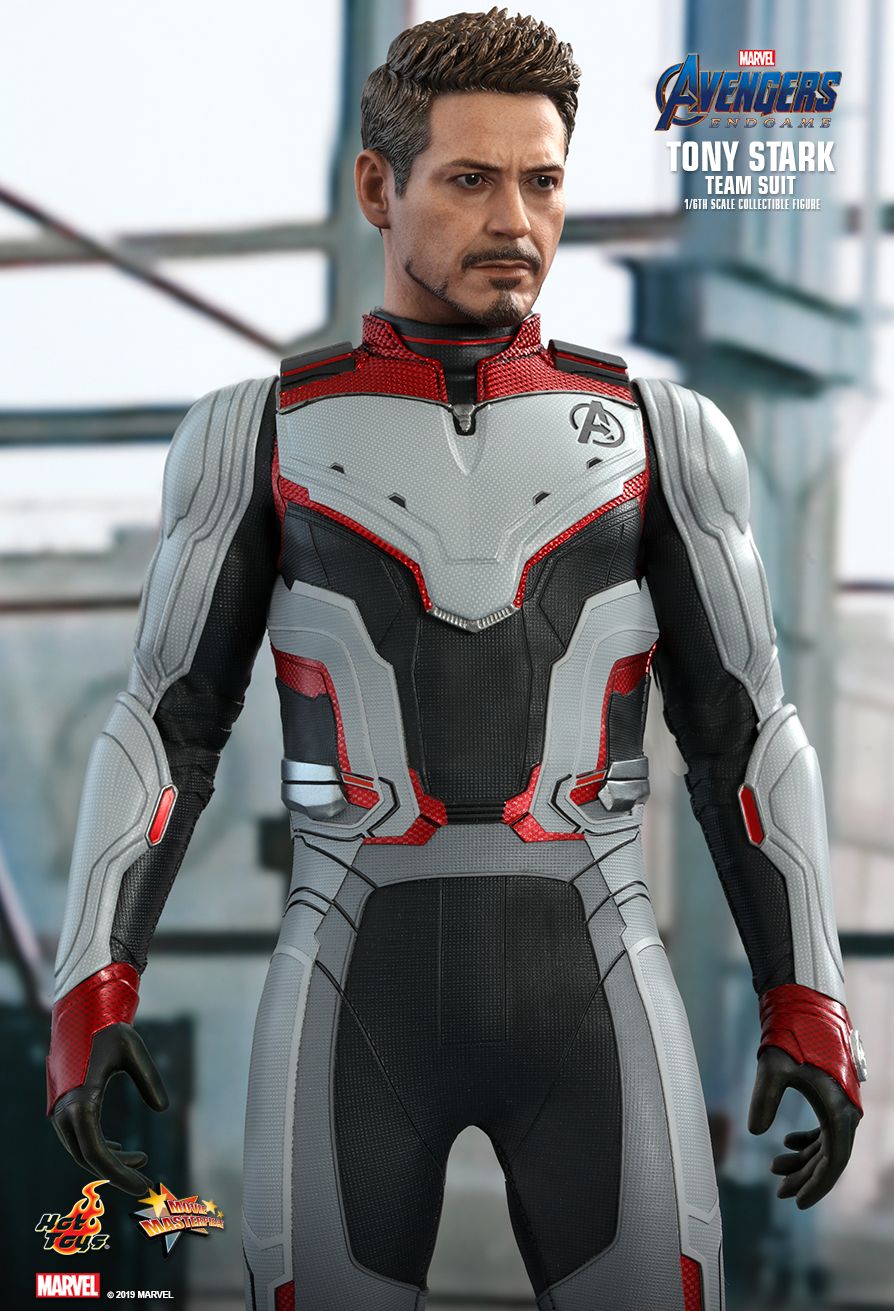 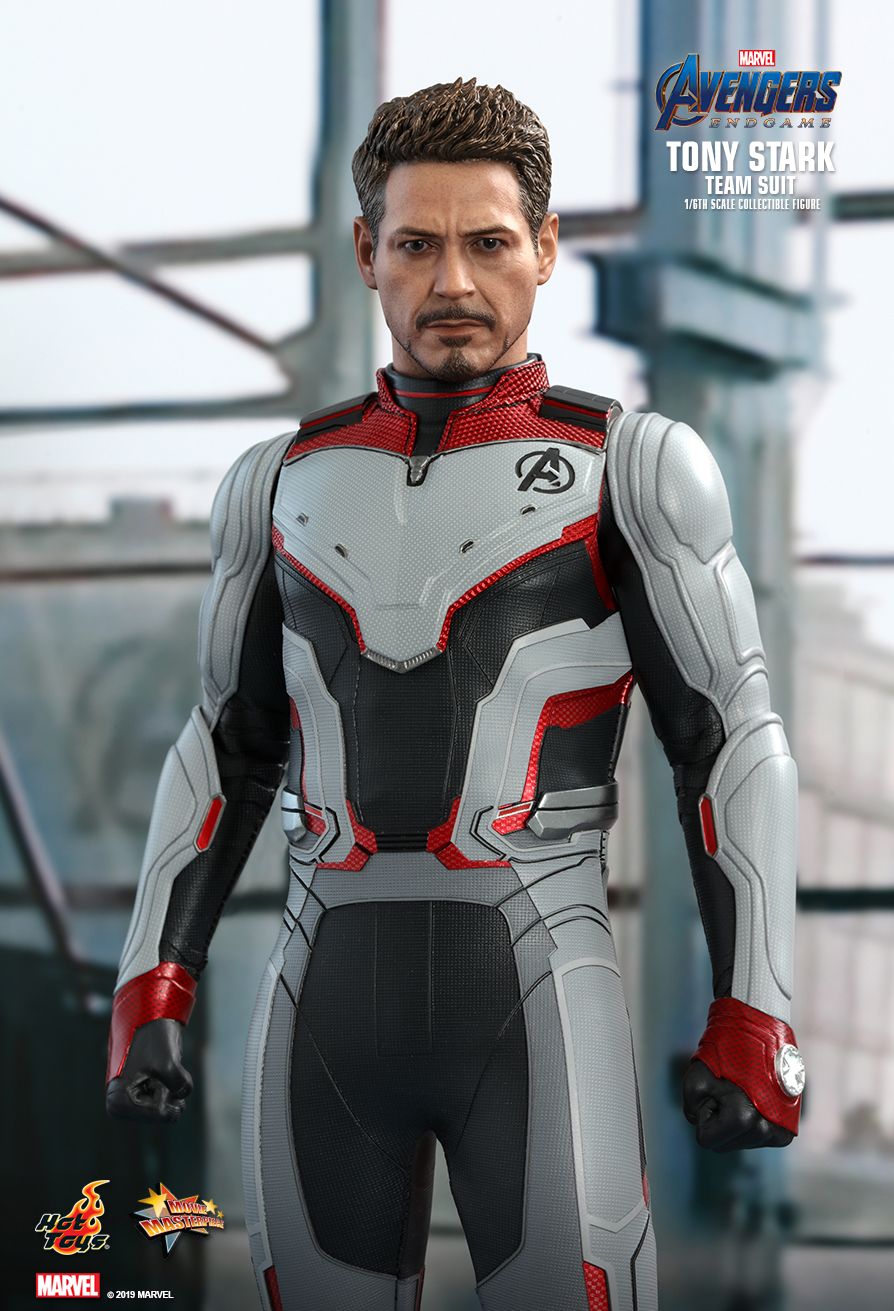 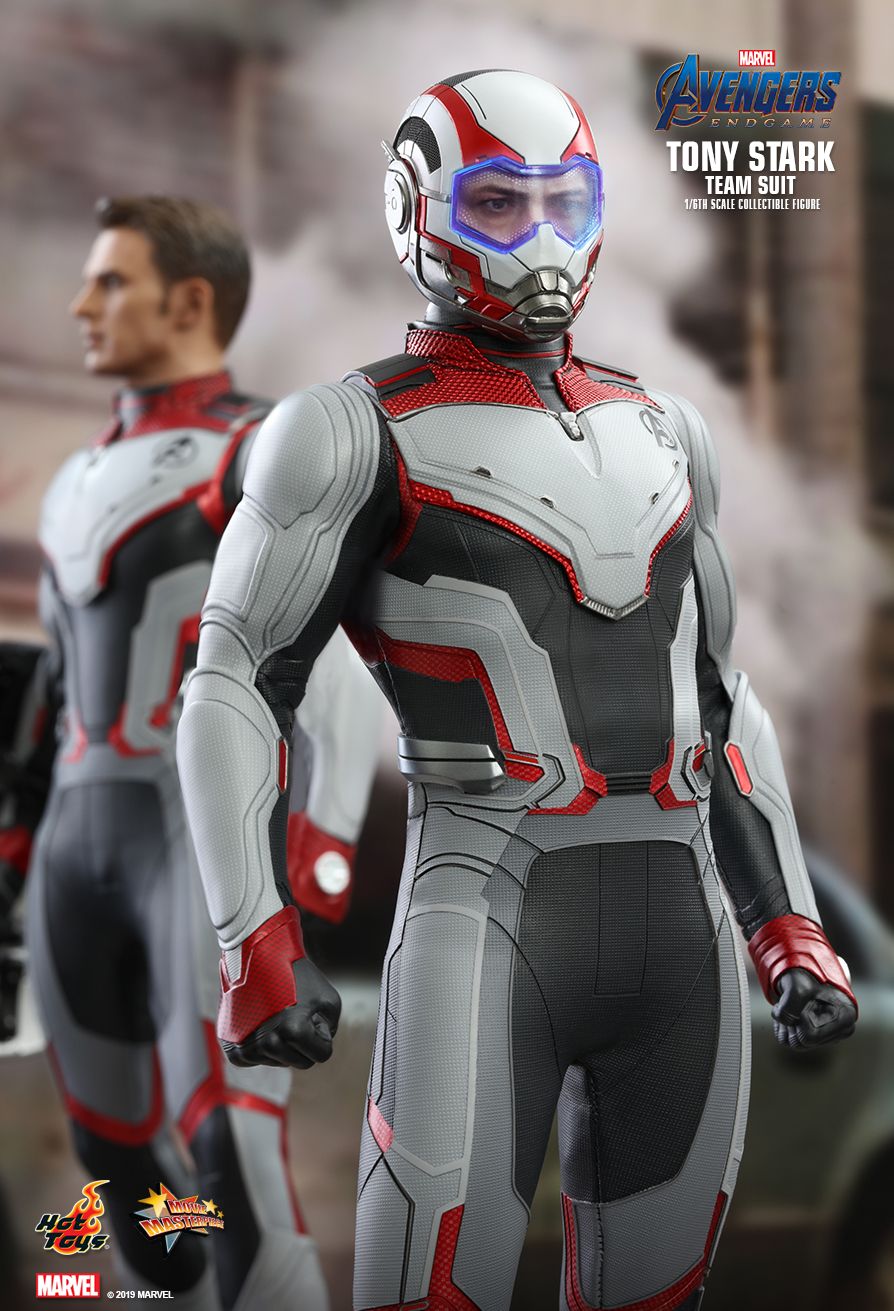 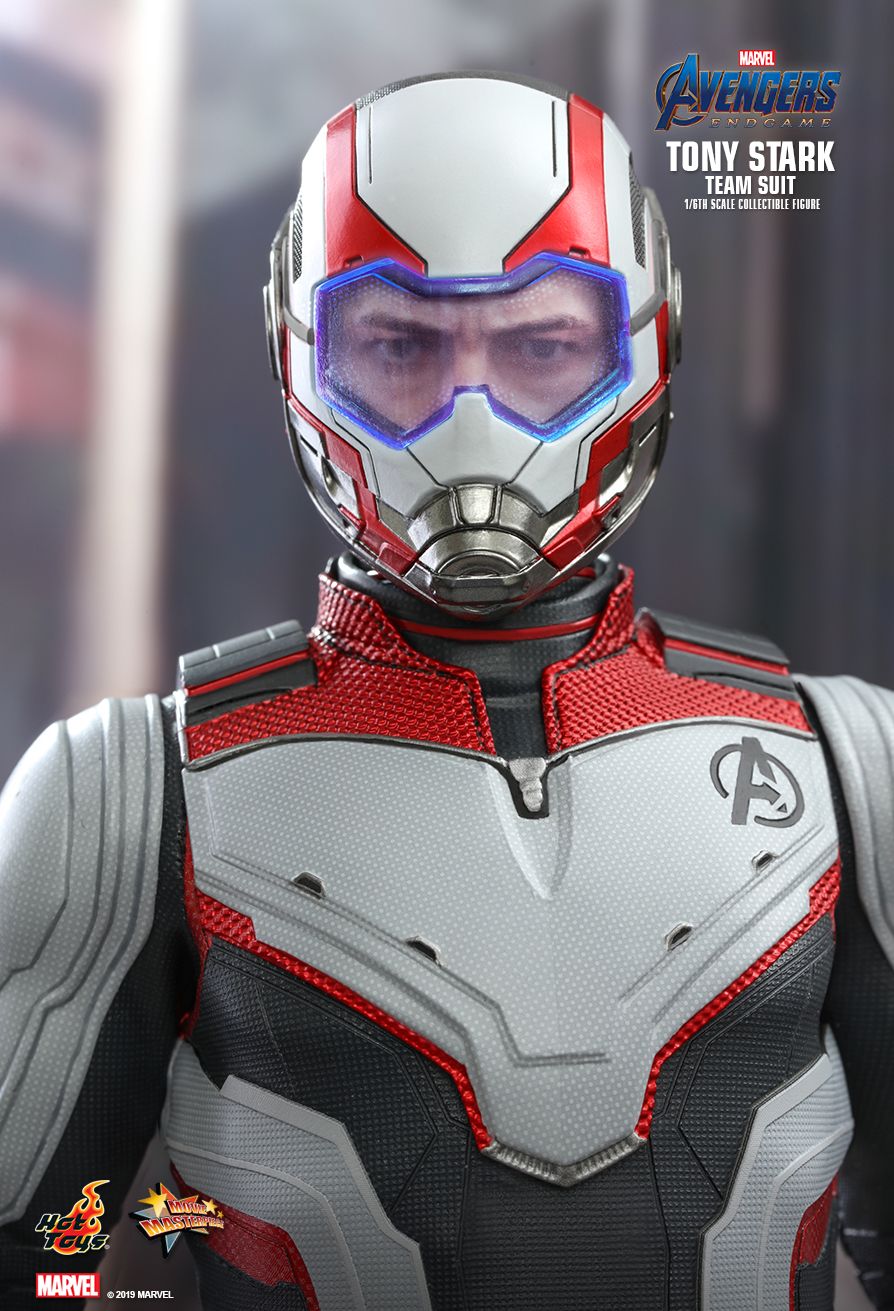 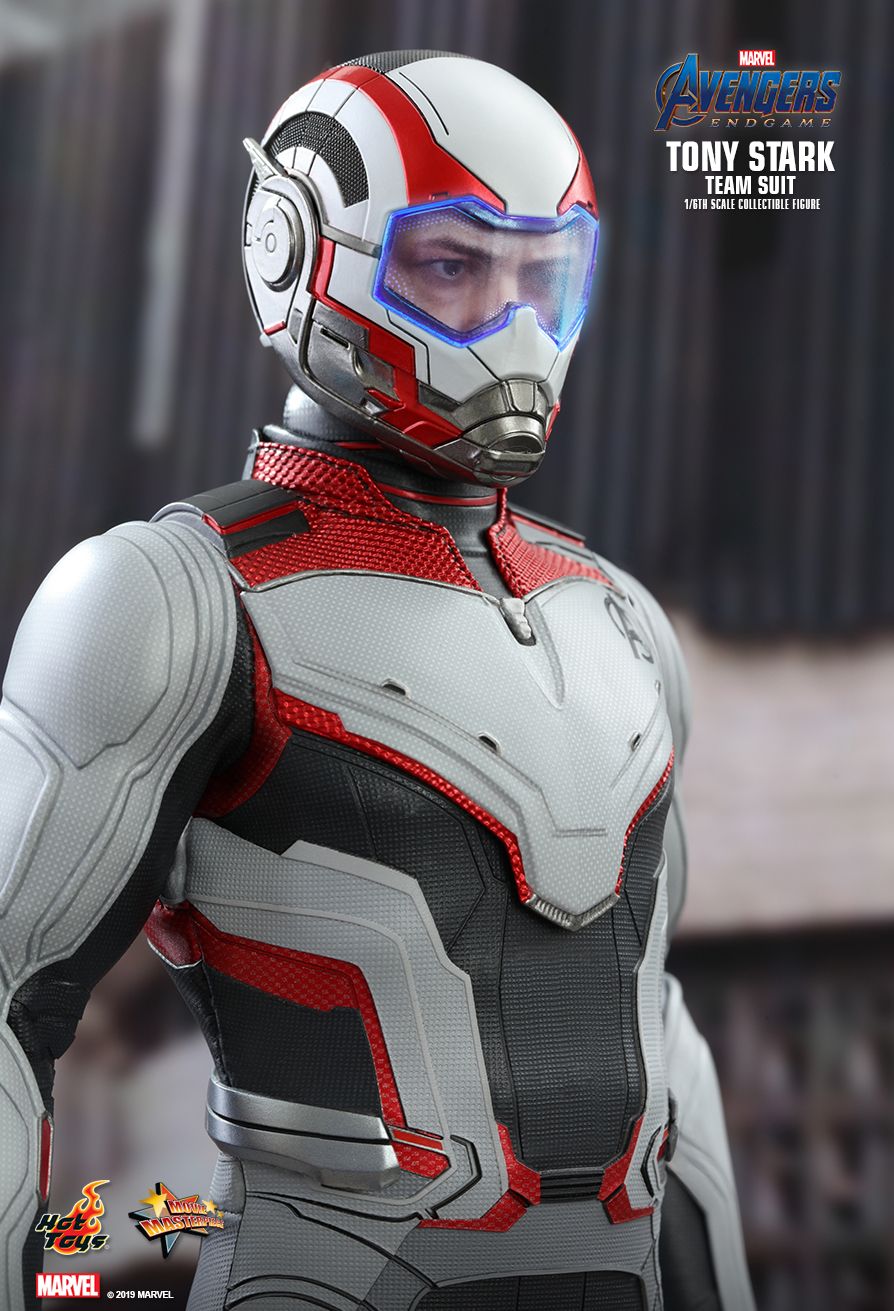 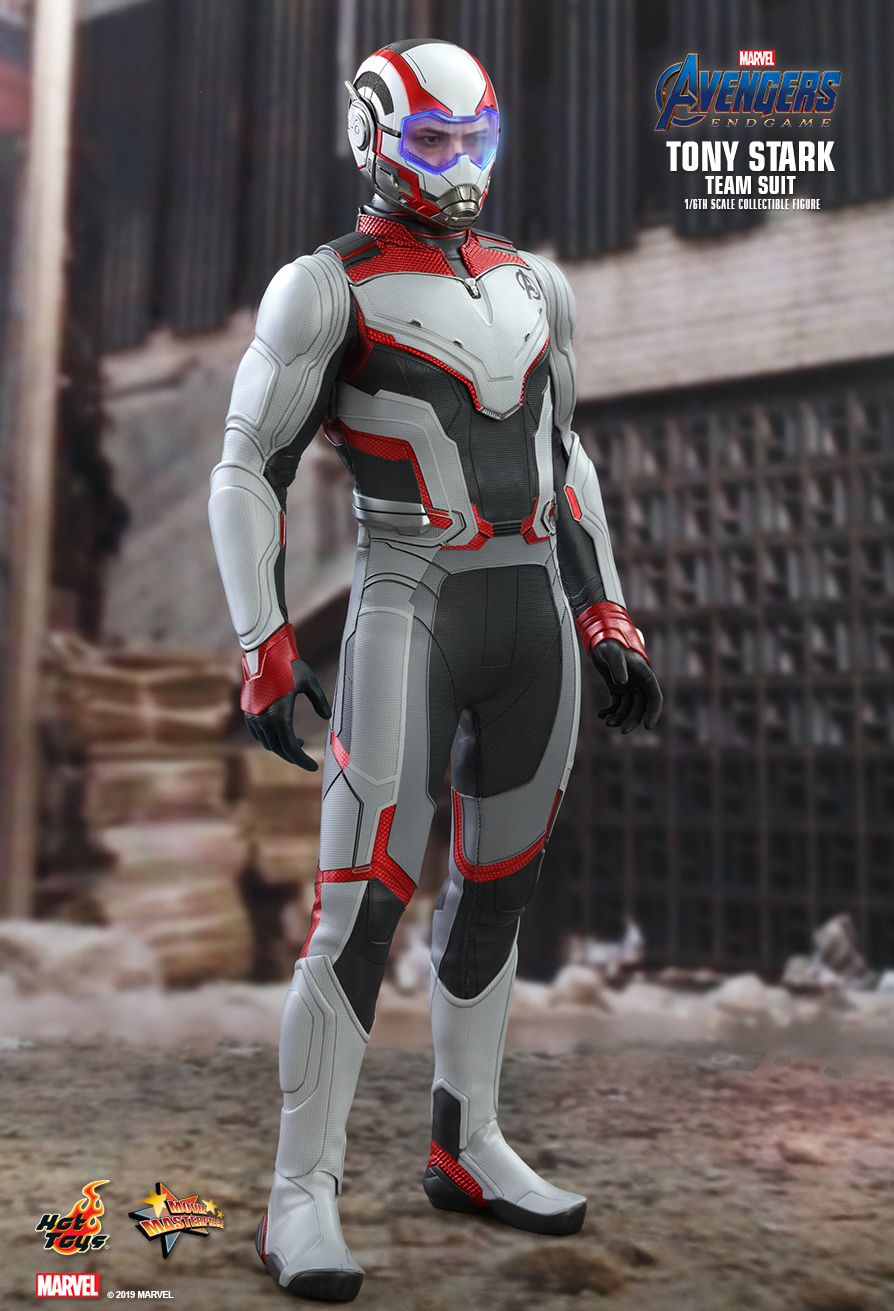 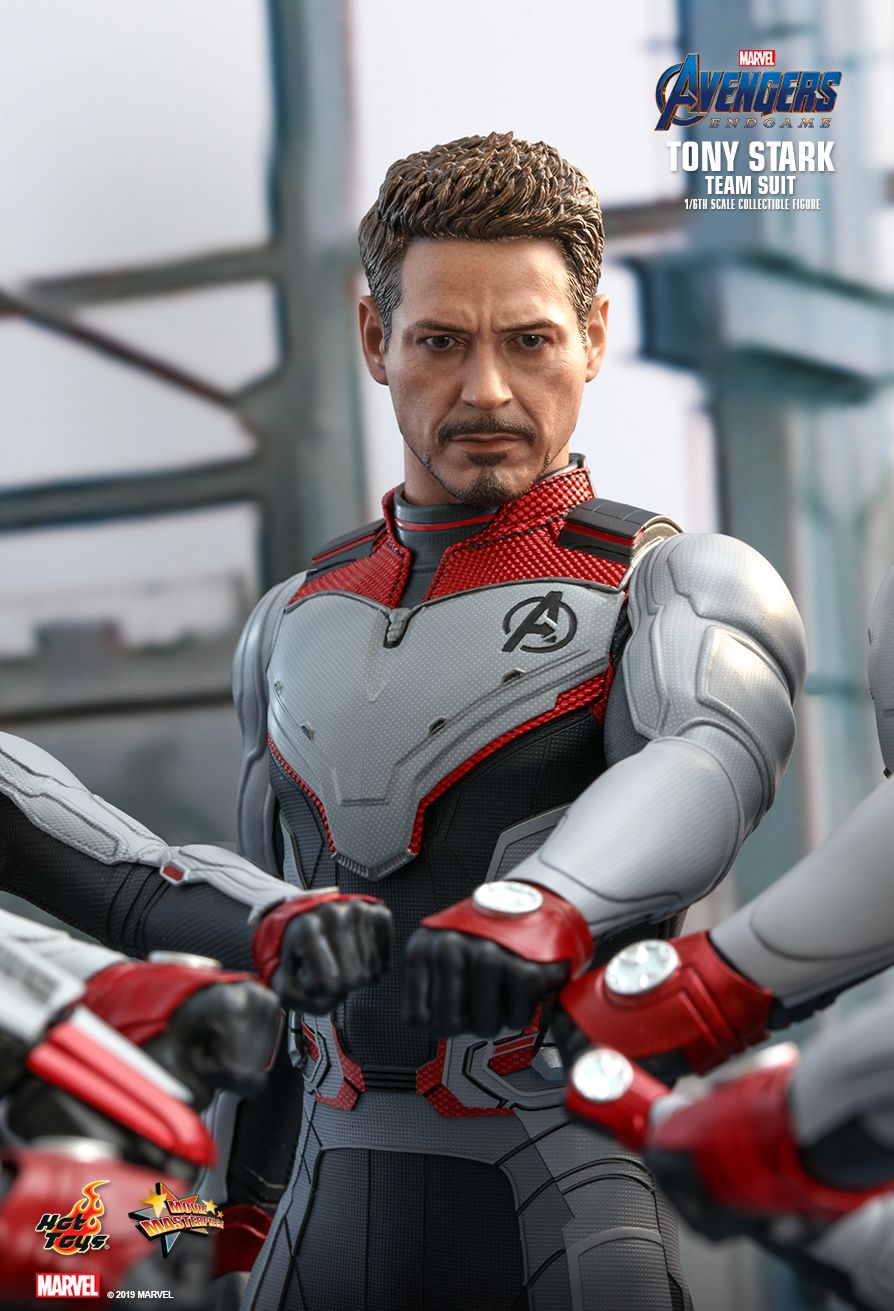 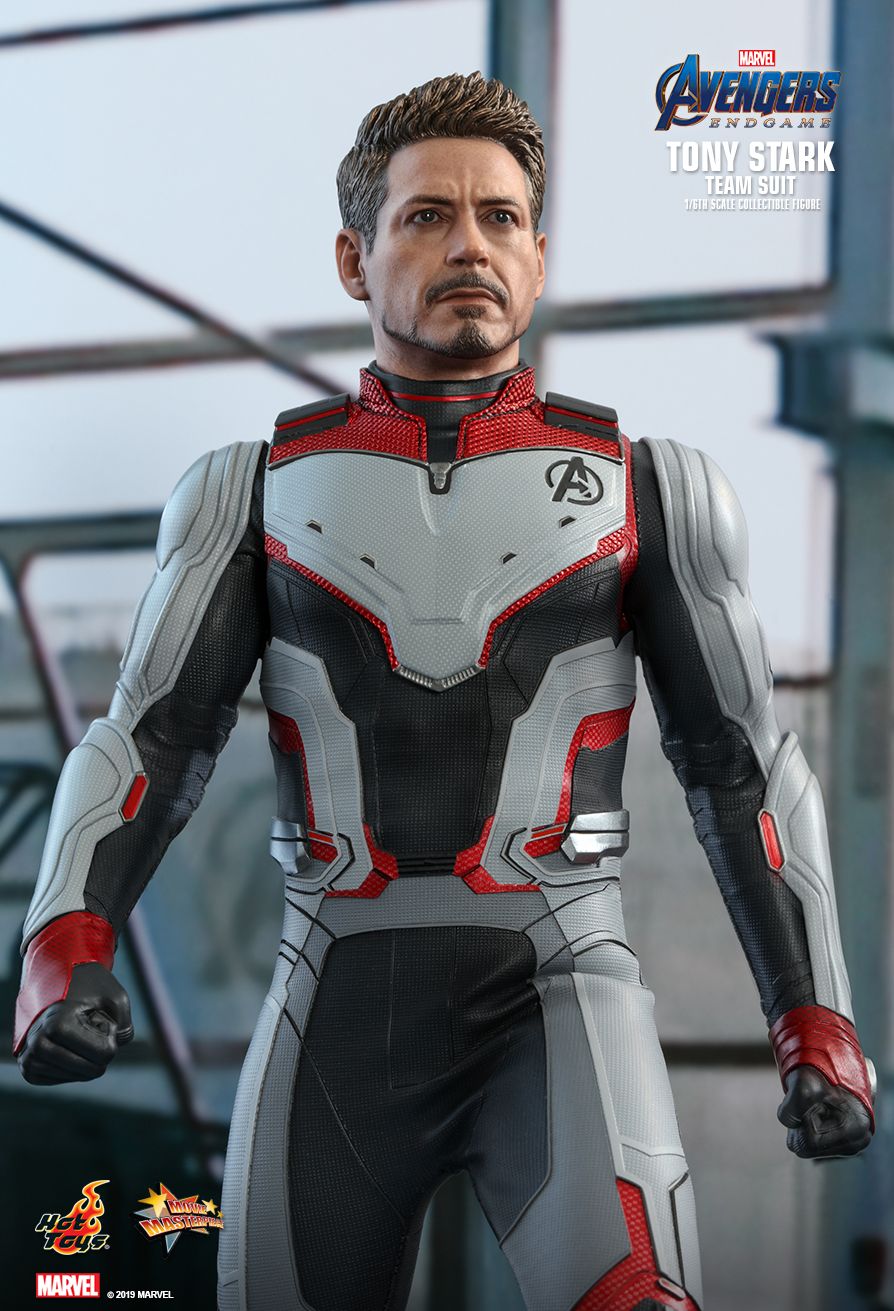 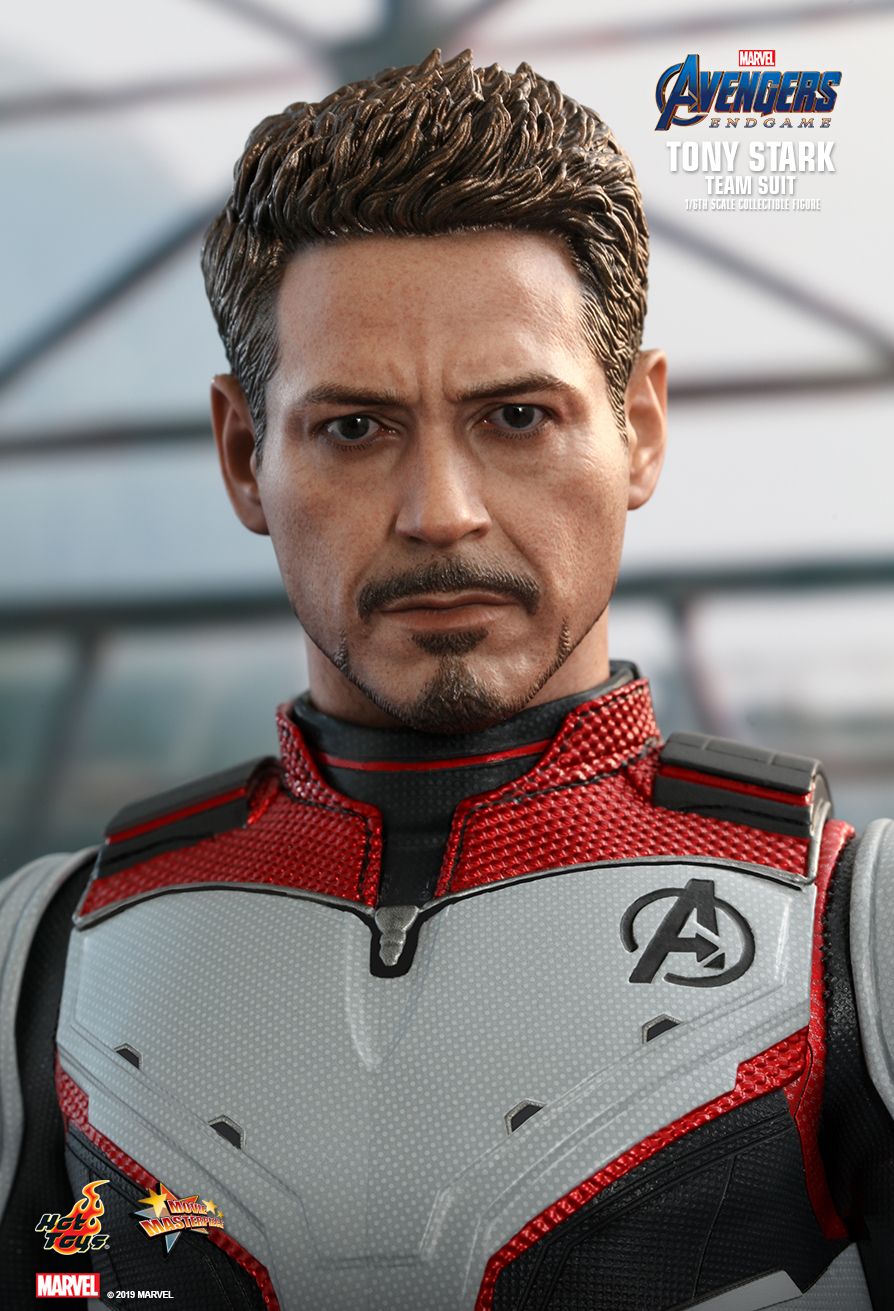 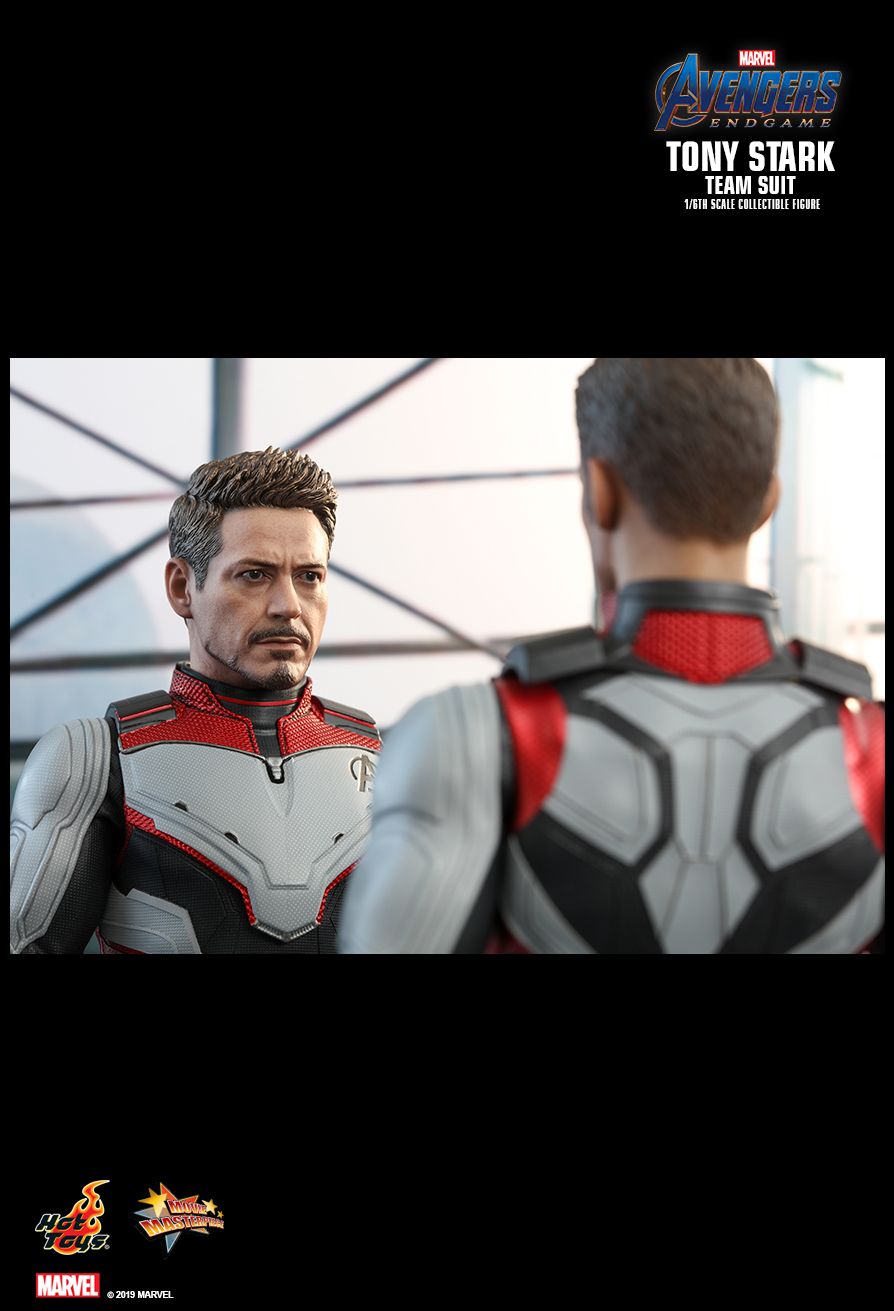 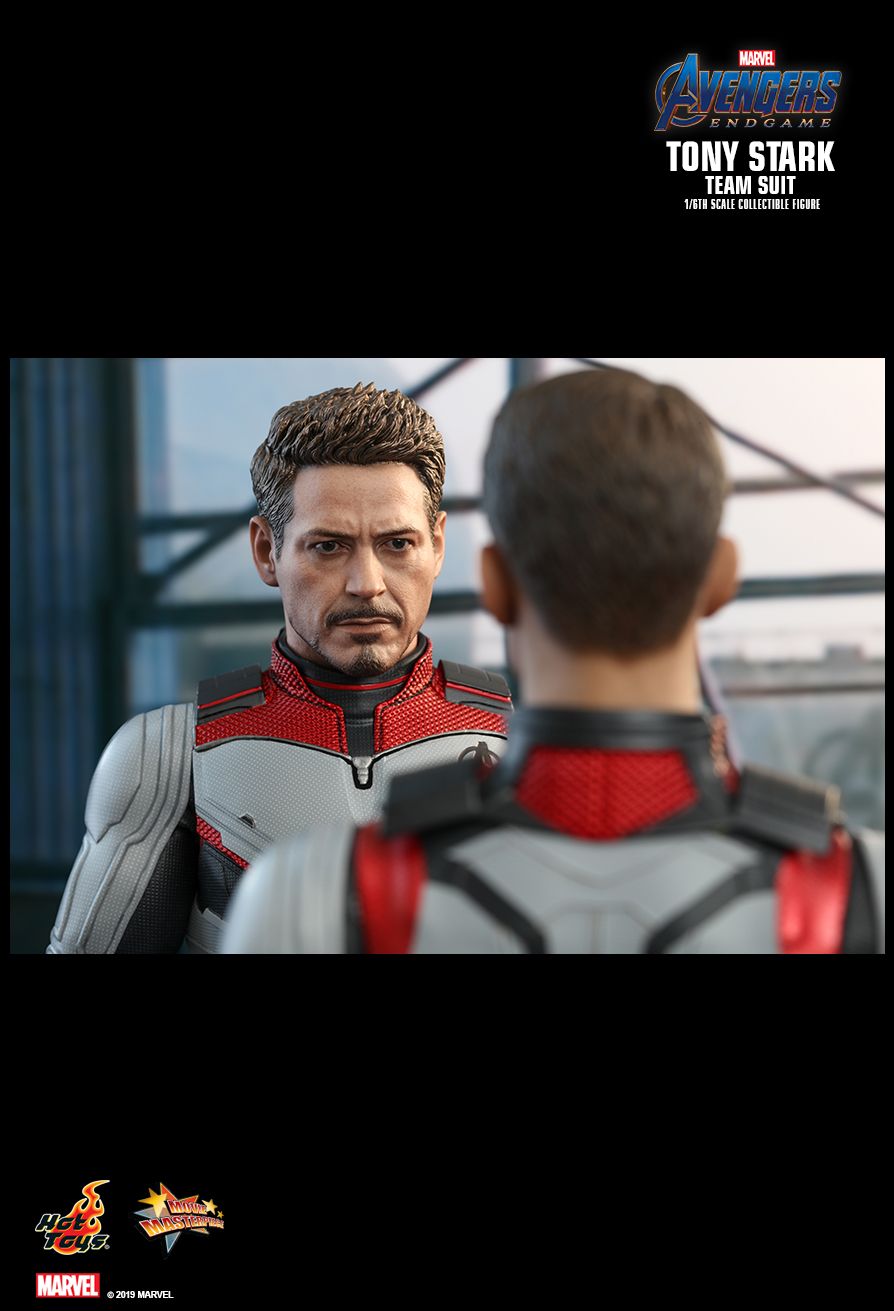 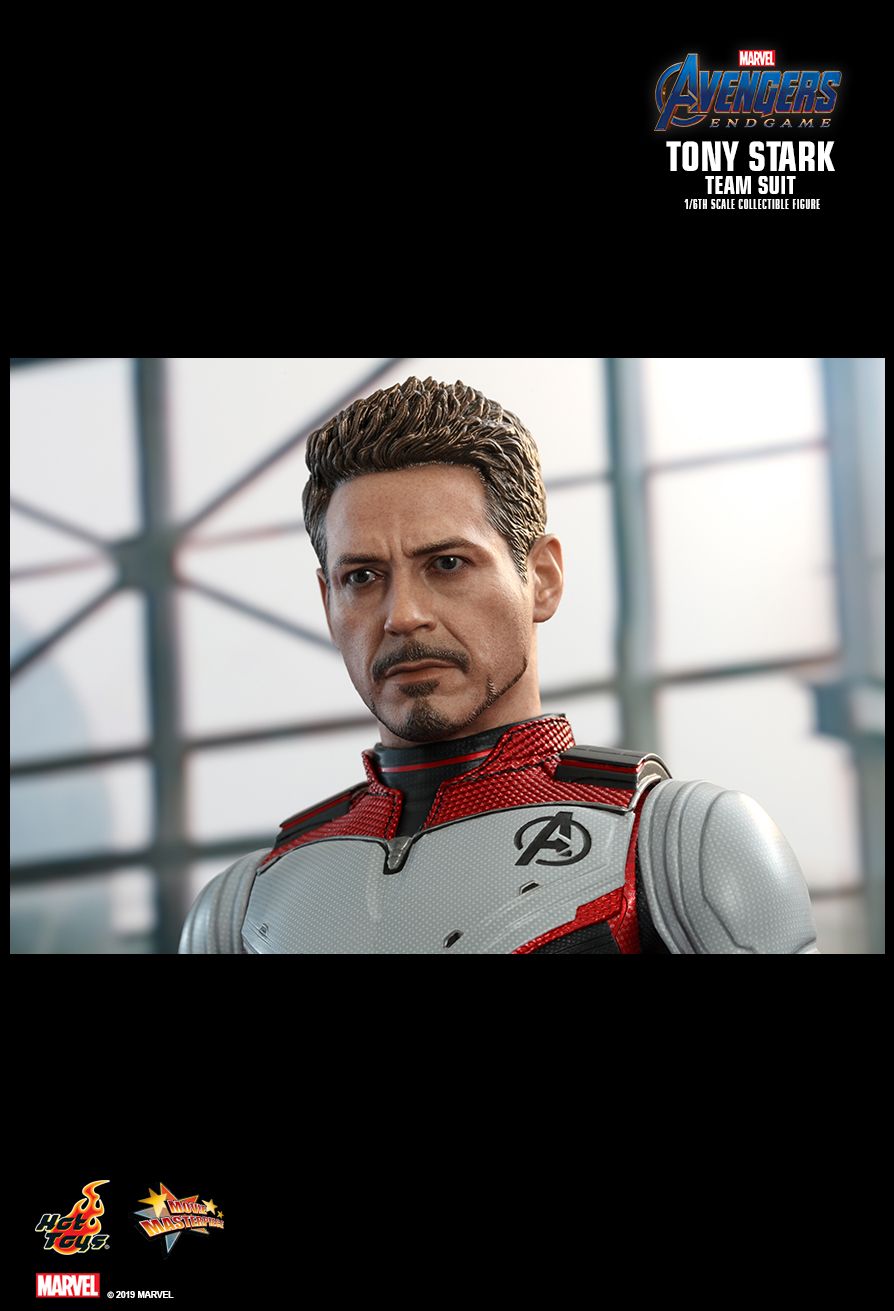 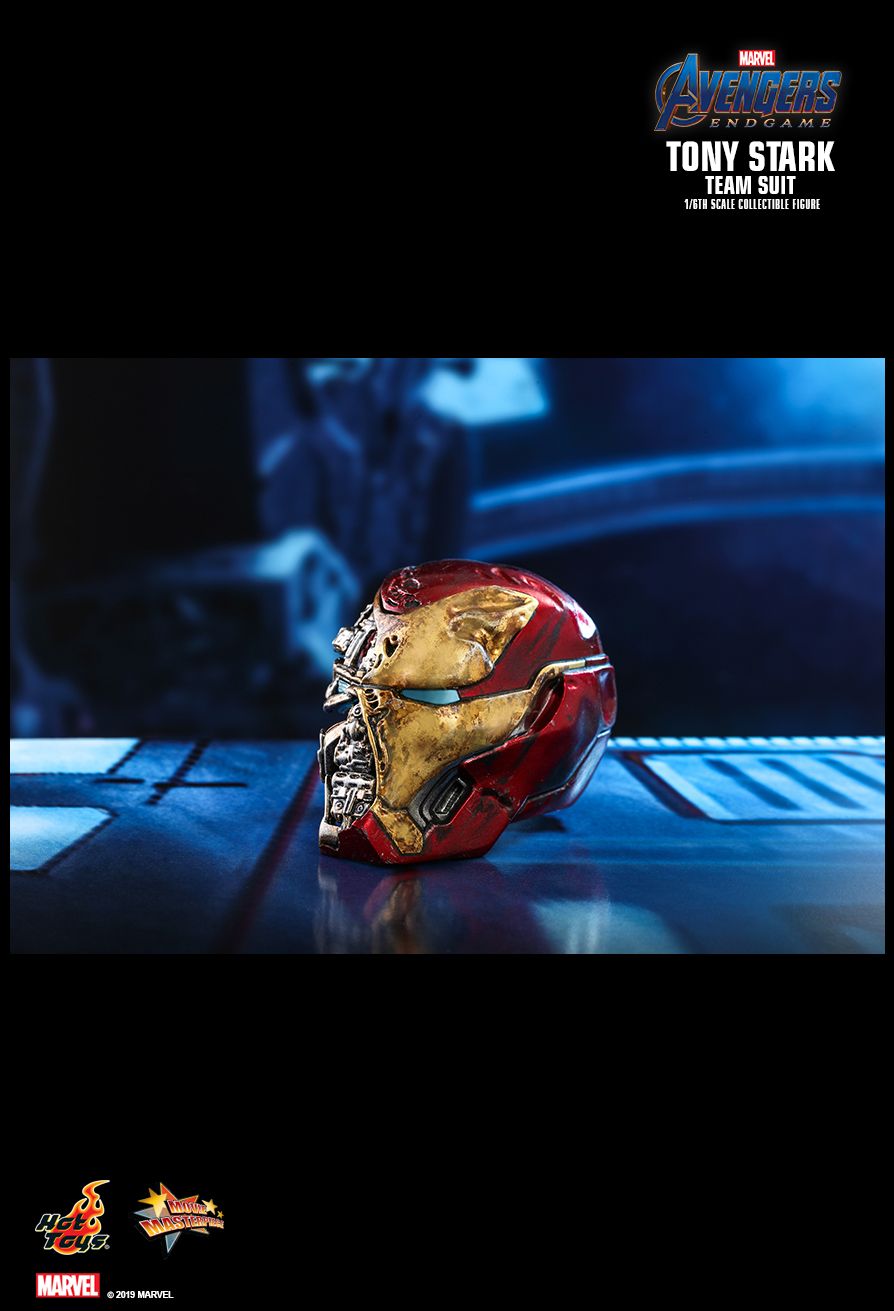 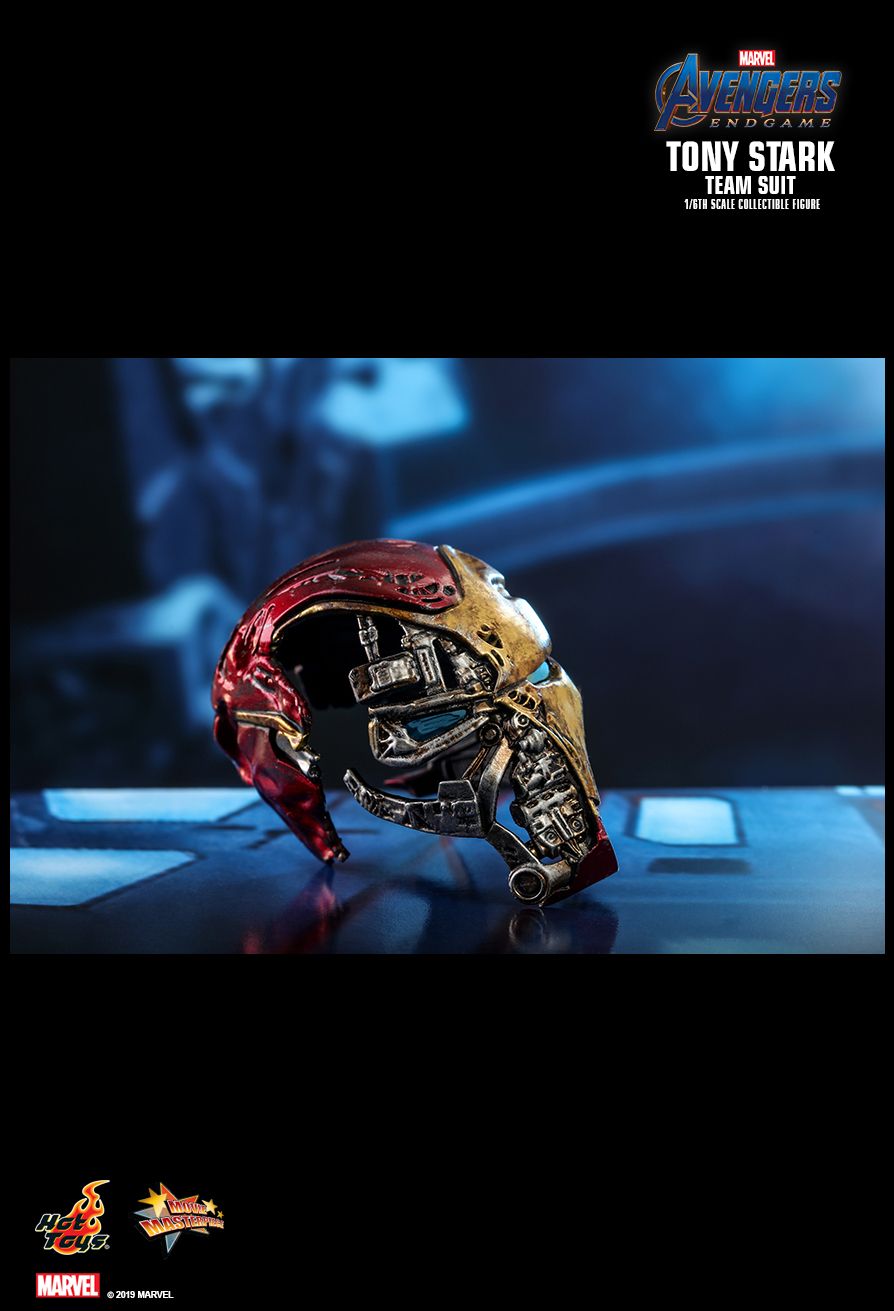 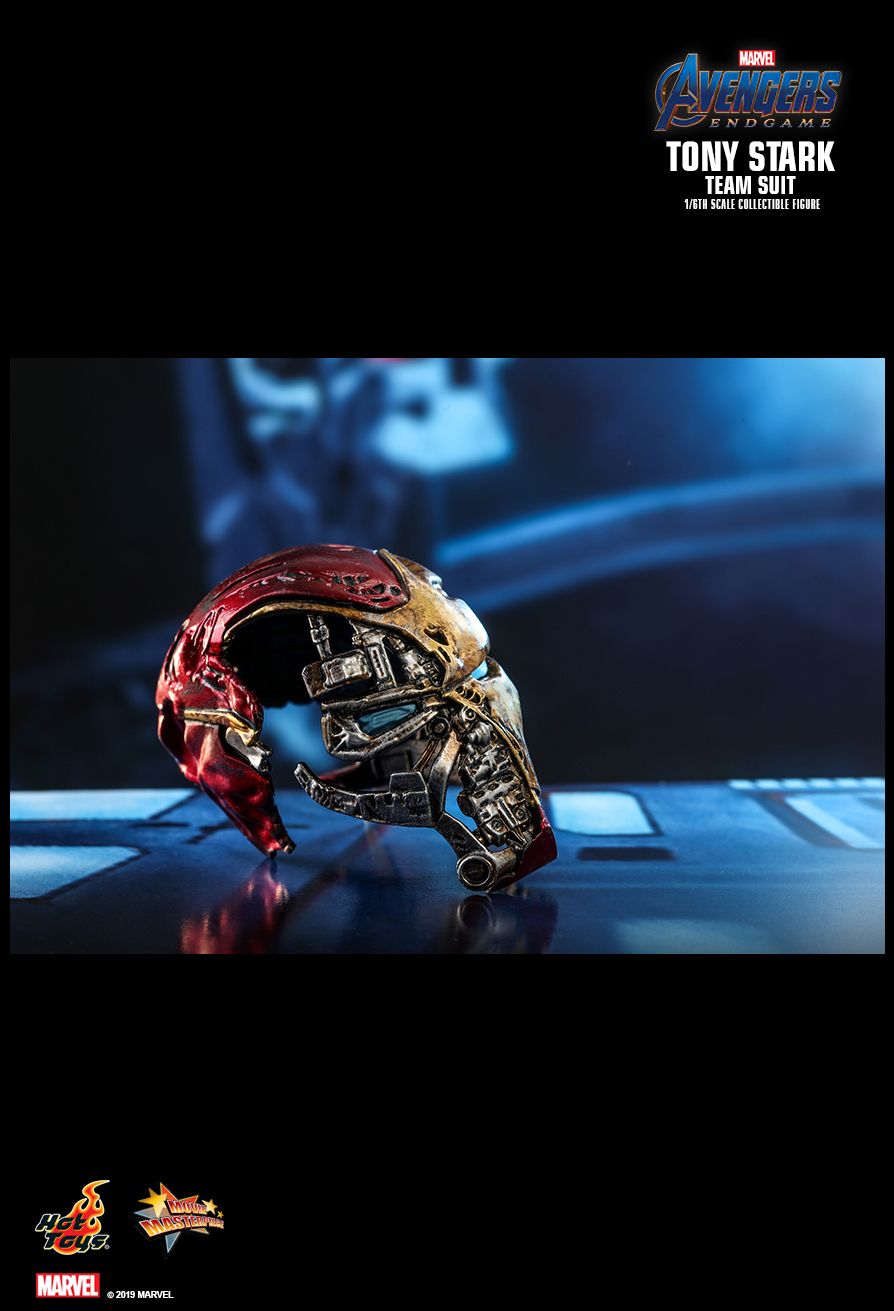 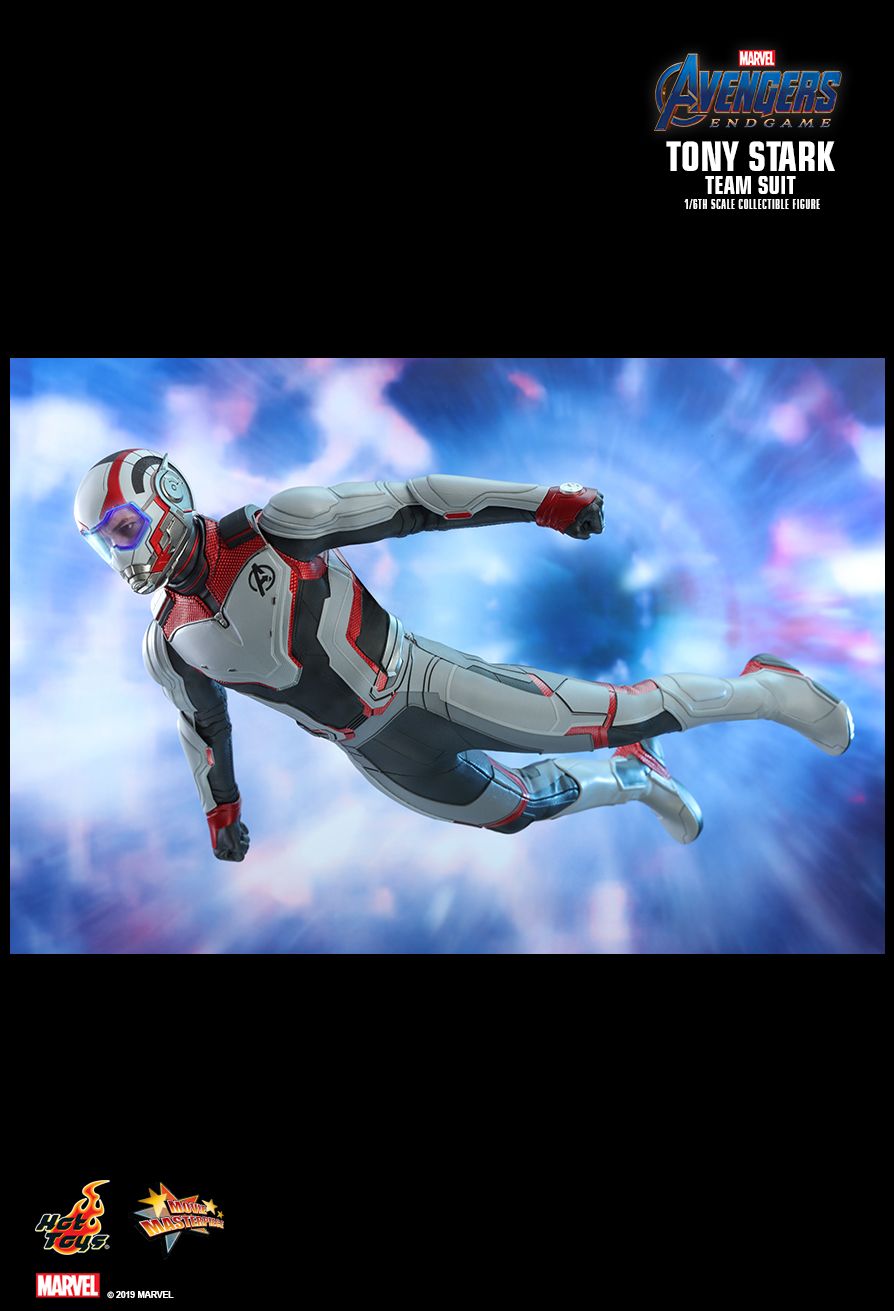 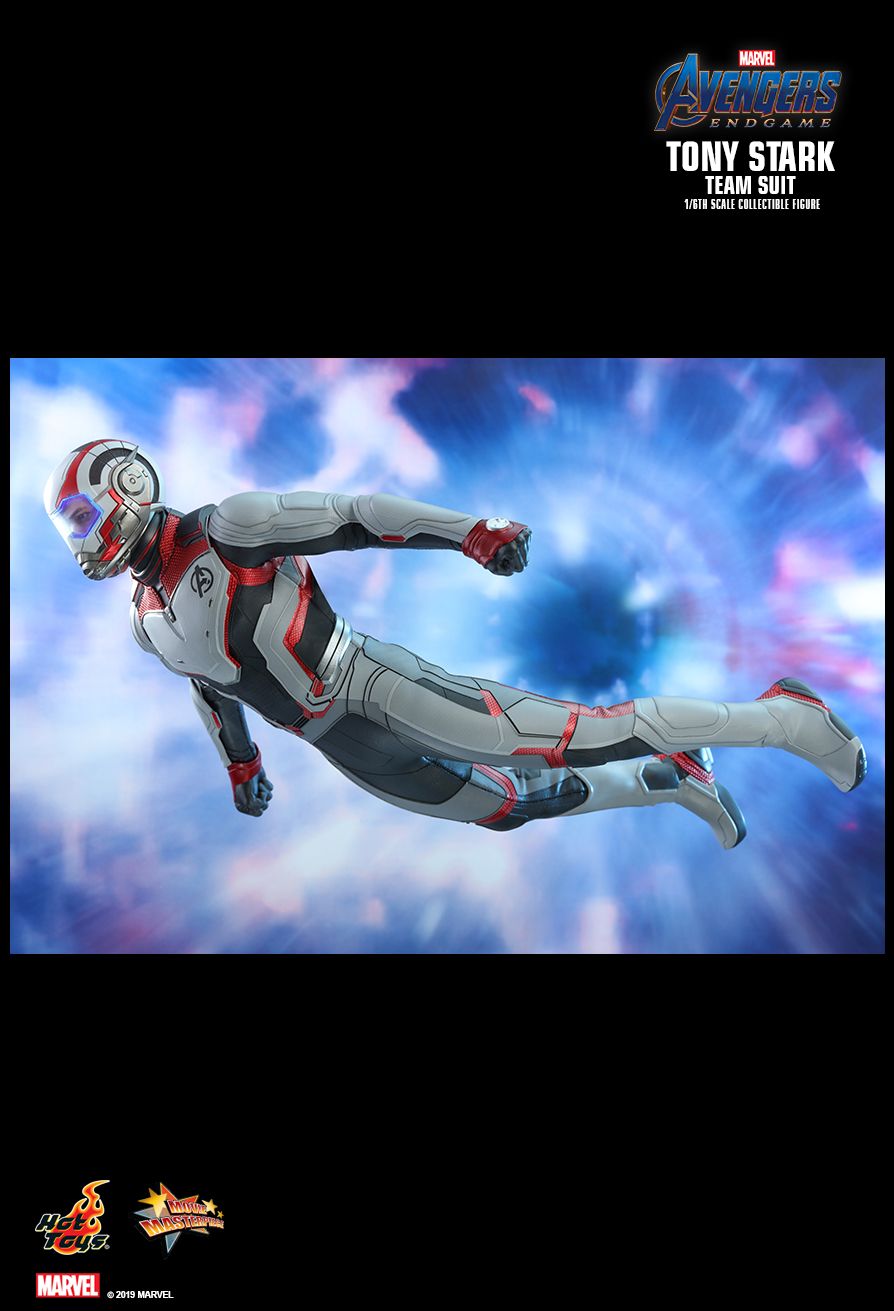 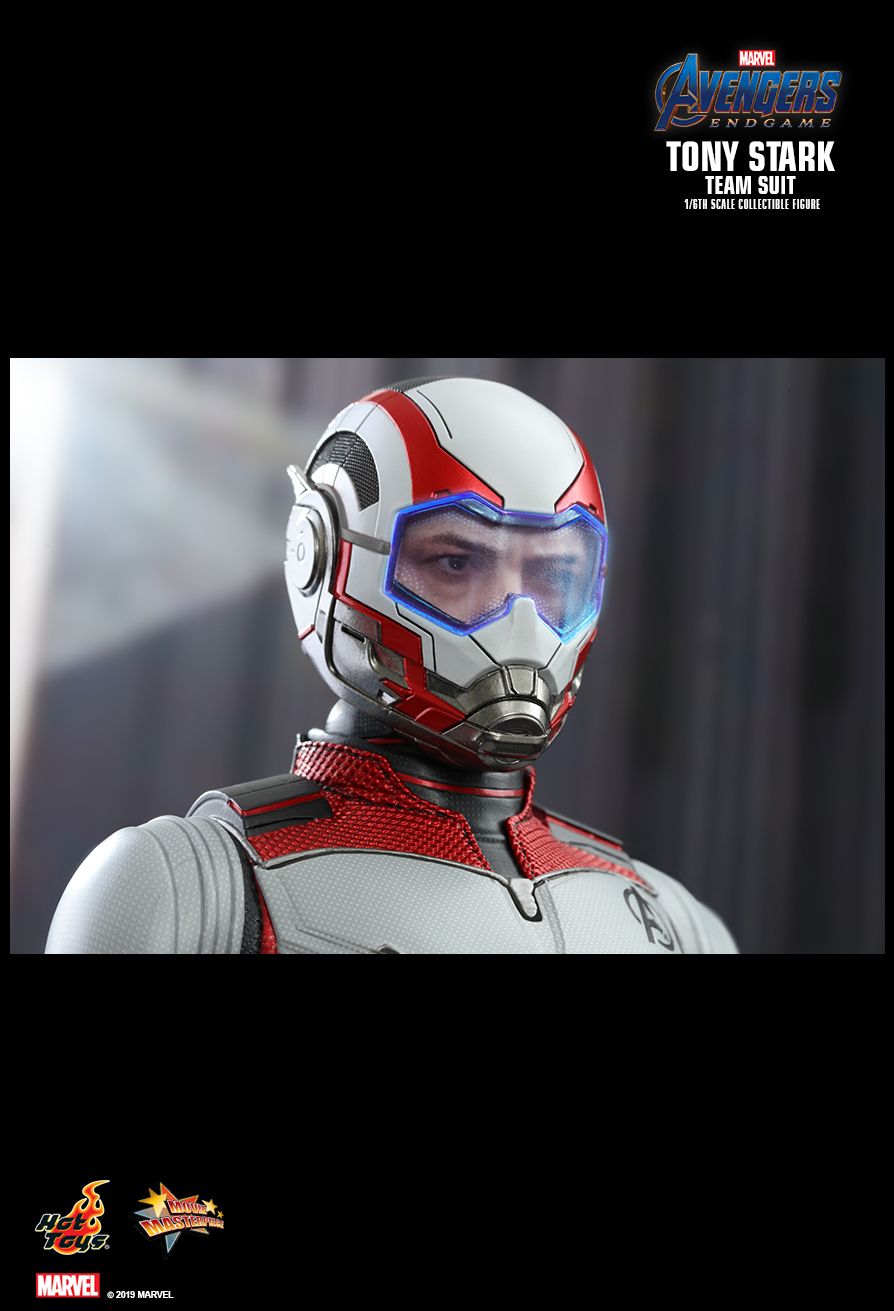 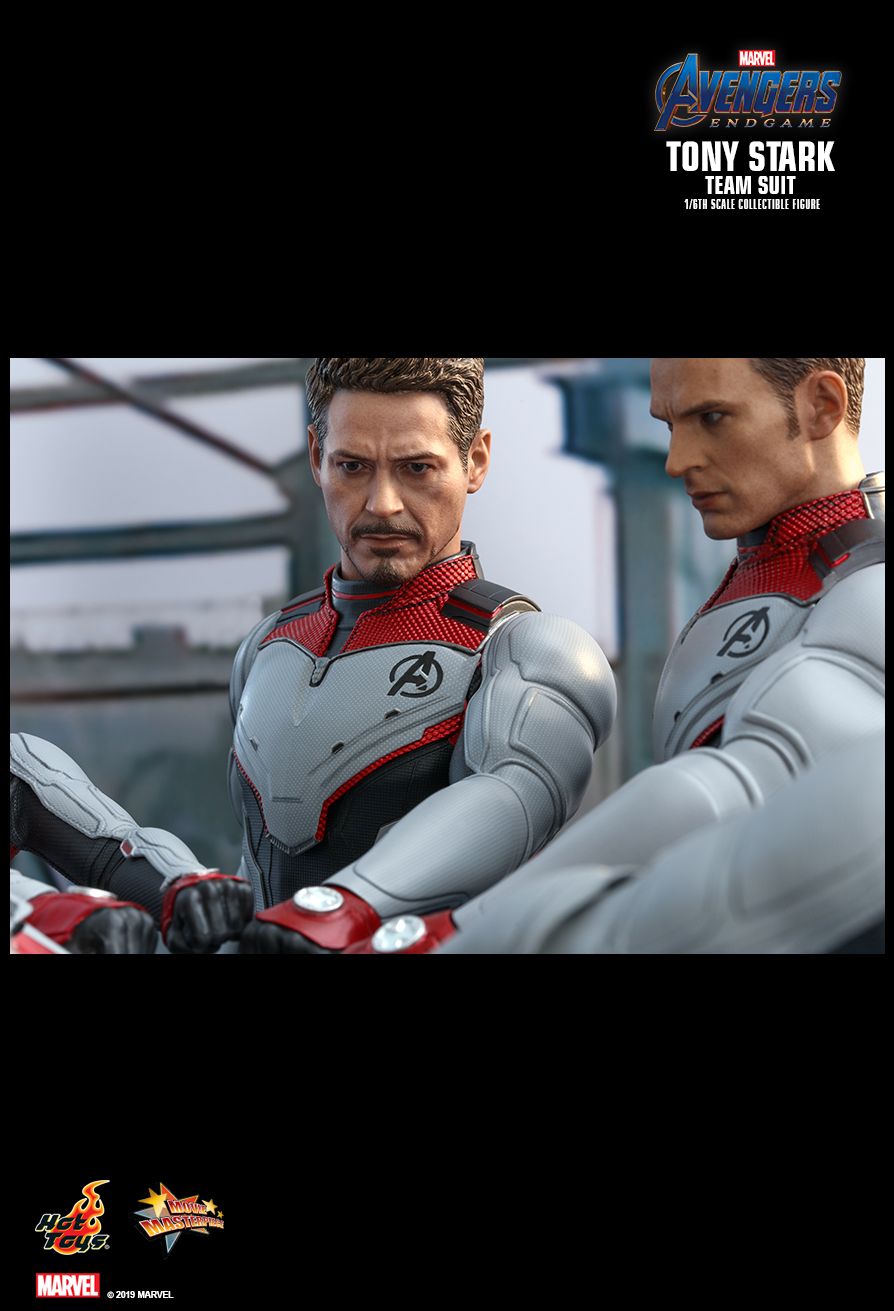 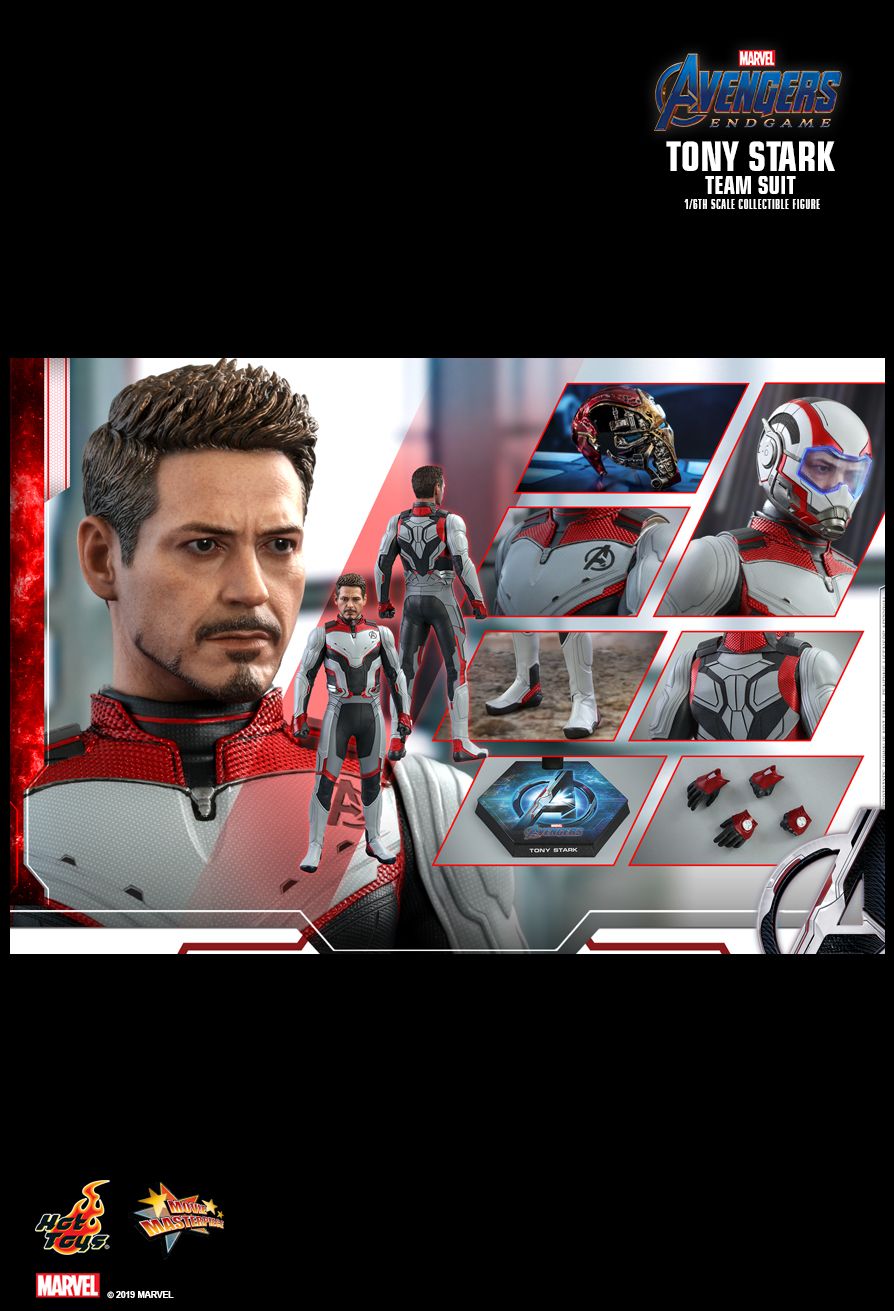 Founding Father
Posts : 7252
Join date : 2018-03-29
Location : Somewhere between myth and reality.
It is a nice figure with a nice suit and a very nice head sculpt. And almost no accessories to speak of (technically just that damaged Iron Man mask)... at what is bound to be an excessive price. I like it, but it is difficult to get excited over yet another one. Then again, I have not yet seen the movie...
_________________
I'll be back!

But I’m with you. As much as I like RDJ, this is what the 5th or 6th HS, with just another outfit. HT is really boring me with 90% of their rehash figures. So far the only figure announced from this line I’ve preordered is Nebula, because she hasn’t been done, and should have been done long before this. They need more variety to say the least.
_________________
Mark

Posts : 3490
Join date : 2019-01-11
Location : the far, bright center
I’m not super familiar with every franchise or ‘line’ that HT does, as until I joined this forum I only ever paid attention to the (very few) Star Wars figures that I have been interested in owning. And while the SW figures often do have ‘multiples’, it tends to be just the ‘deluxe’ vs. ‘regular’ sort of thing. Whereas, it seems like certain comic book movie/superhero figures end up with a gazillion different versions. Some of that seems simply down to the fact that there’s been SO many of those movies, but then you also seem to get multiple versions of the same character for each movie, just with different armour or outfit. I feel like such an outside observer when it comes to this subject, but those are just my observations.

And re: the pricing of Hot Toys — I do agree they are crazy expensive, but again, I haven’t been around long enough to have noticed any changes in prices. Hot Toys have always been insanely expensive to my eyes ( and budget), so much so that I agonised over getting my first HT figures, and could only do it via a very spread out payment plan. I’d never have gone for just a random figure at that price — I only did so because I desperately wanted a high quality 1/6 version of that character. What I’m trying to say is that, yes, HT figures are almost prohibitively expensive, but since they (and the even pricier aftermarket Sideshow stuff!) were my introductions to high-end 1/6 figures, I just presumed this was just ‘how it was’. For a while I just figured HT prices were the norm, so when I saw other types of figures for much less, they seemed much more ‘affordable’ by comparison.

This isn’t a defense of Hot Toys’ prices, but just an explanation of why some people ( like myself) might at times put up with it. When it’s the first thing you encounter, and/or you only want a couple of very particular characters at most, you may not even notice a ‘lack of accessories’. You just want a figure with a nice outfit and quality headsculpt.

But yes, the above figure does seem rather basic, especially for the likely price.