Founding Father
Posts : 7966
Join date : 2018-03-29
Location : Island of Misfit Toys
‘So nice to finally meet you, Spider-Man.’ – Nick Fury.
Spider-Man: Far From Home is hitting theatres in less than a month. In this upcoming sequel of Spider-Man, Peter is going to take a break from school, from crime fighting, from being “Spider-Man”! He will be travelling with his friends across Europe, yet their tour is interrupted by a series of threatening events. Our beloved neighborhood Spidey must step up to take on new threats in a world that has changed forever.
Capturing the web-slinging adventures of everyone’s favorite wall-crawler, Hot Toys is excited to present the 1/6th scale Spider-Man Collectible Figure (Movie Promo Edition) inspired by the upcoming blockbuster as a special release!

The movie-accurate collectible figure is specially crafted based on the appearance of Spider-Man in the movie. It features a finely developed masked head sculpt with four pairs of interchangeable eye pieces to create numerous Spider-Man’s expressions, expertly tailored Spider-Man battle outfit suit with fine details, a pair of magnetically attachable web-wings, a variety of spider-web shooting effect parts, and a dynamic figure stand.

** Prototype shown, final product may be slightly different
**Product details could be subjected to change without further notice 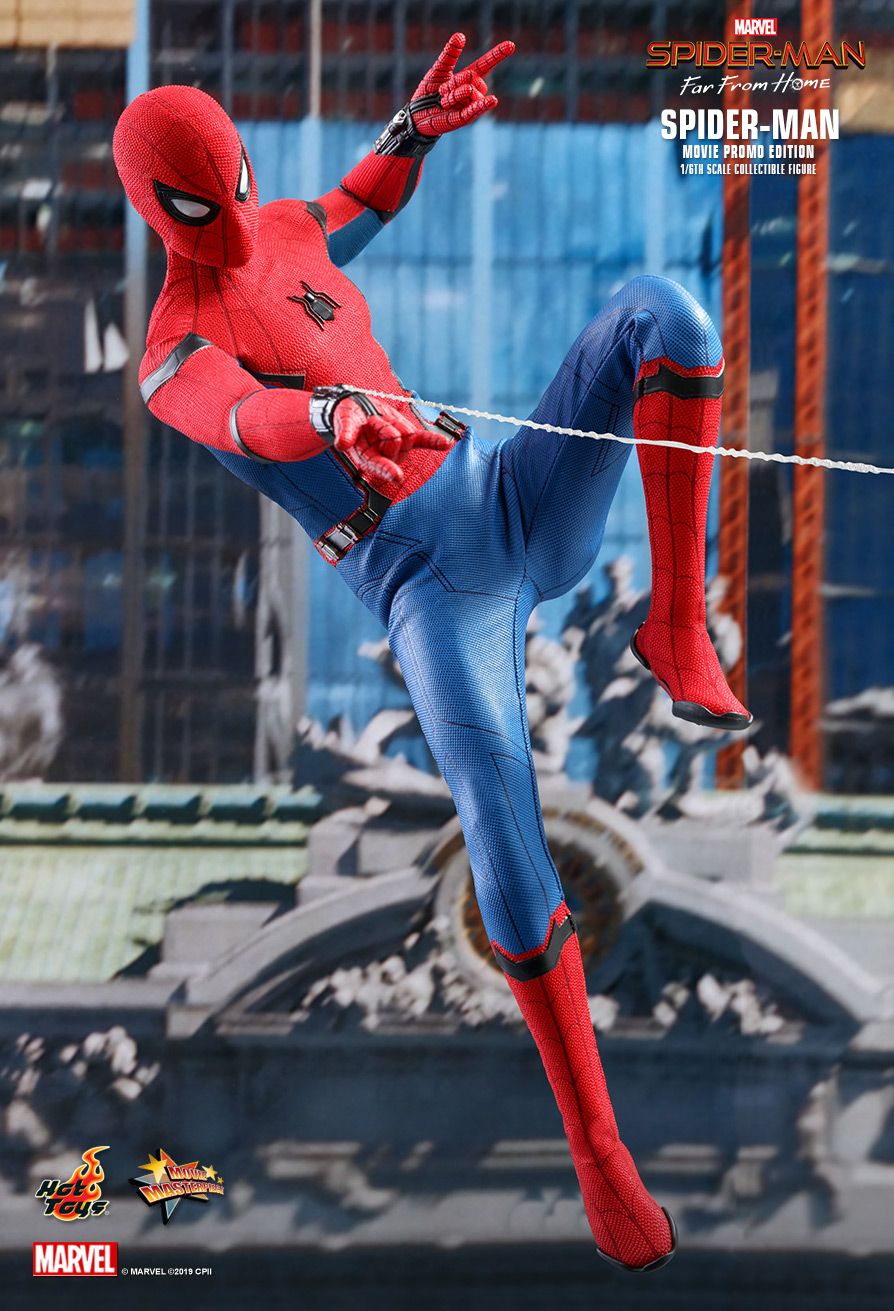 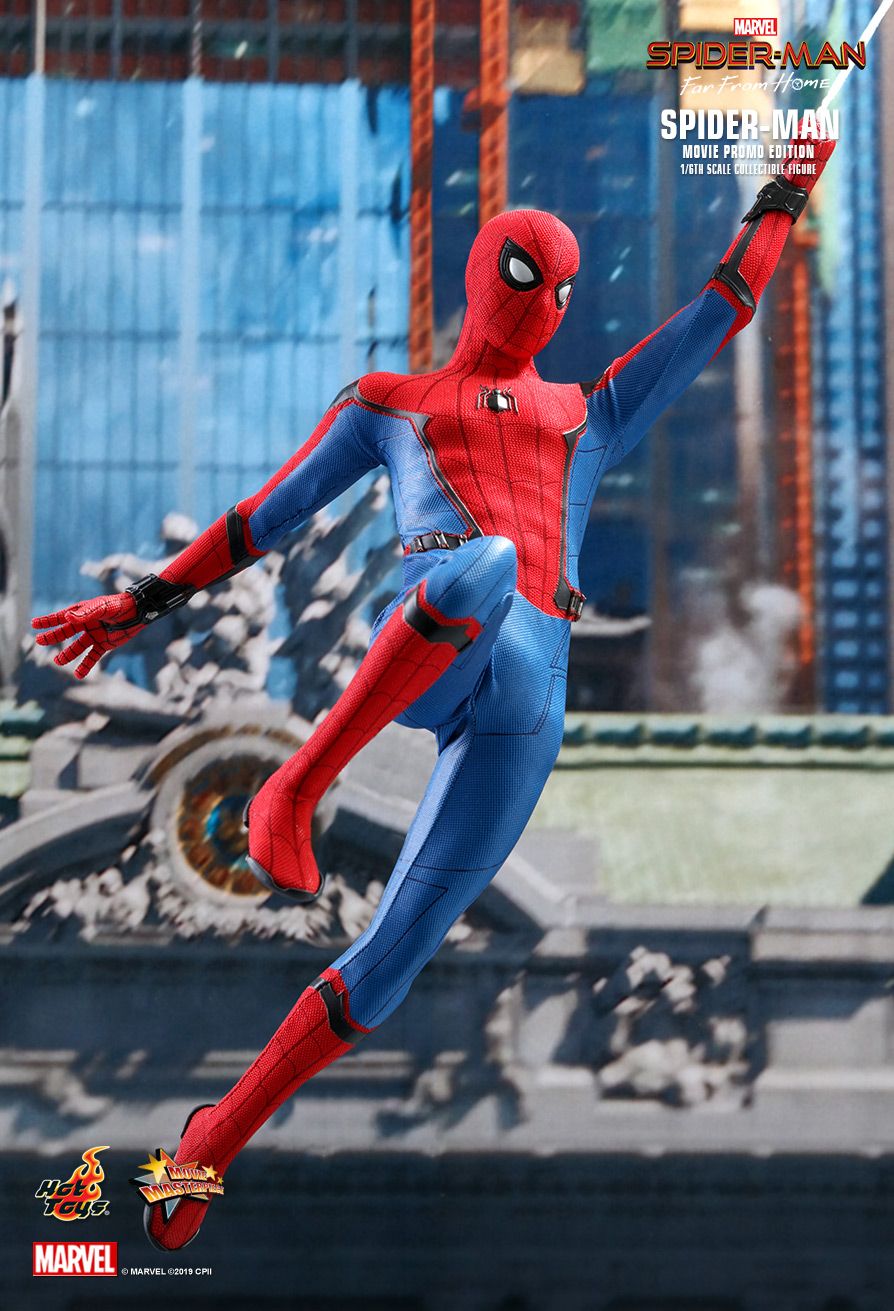 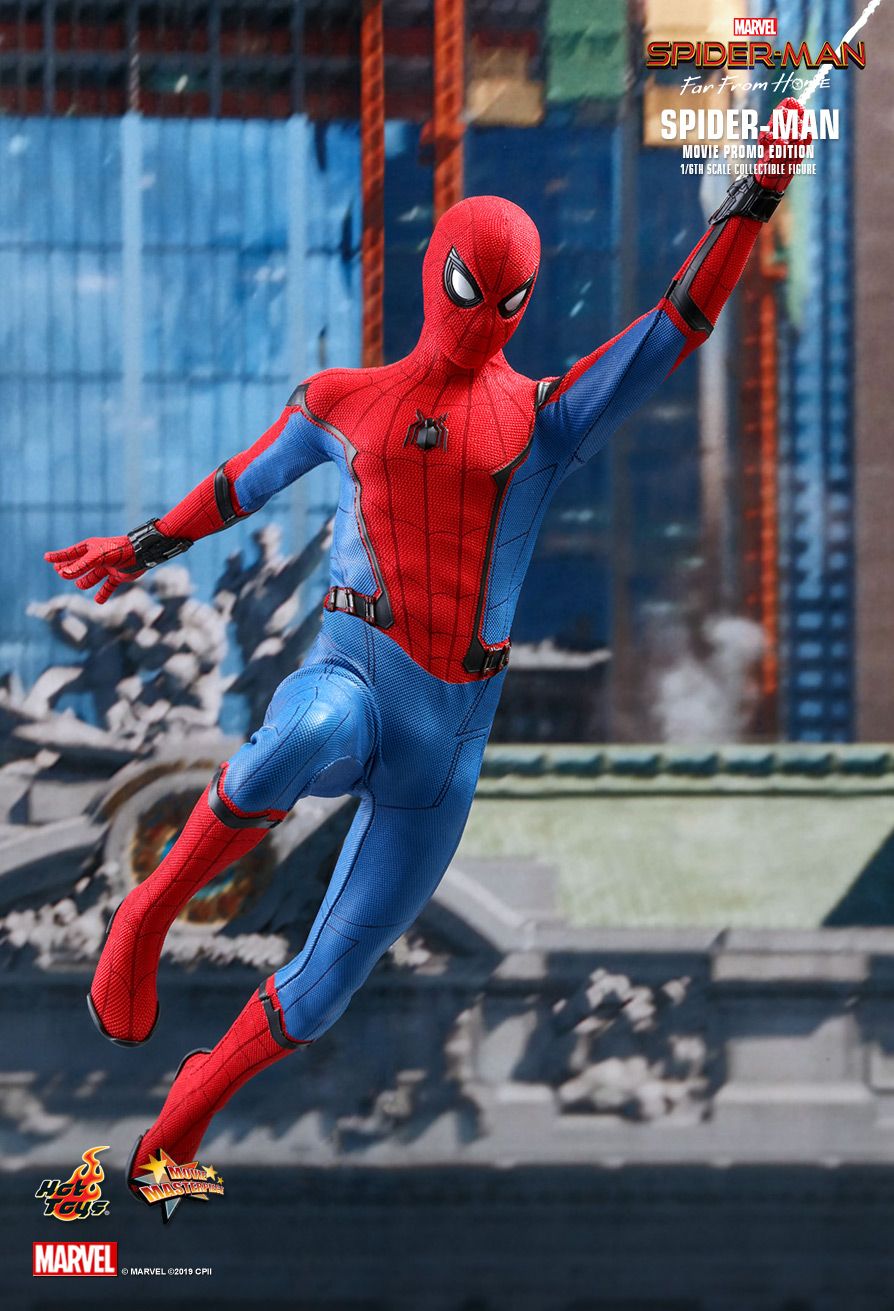 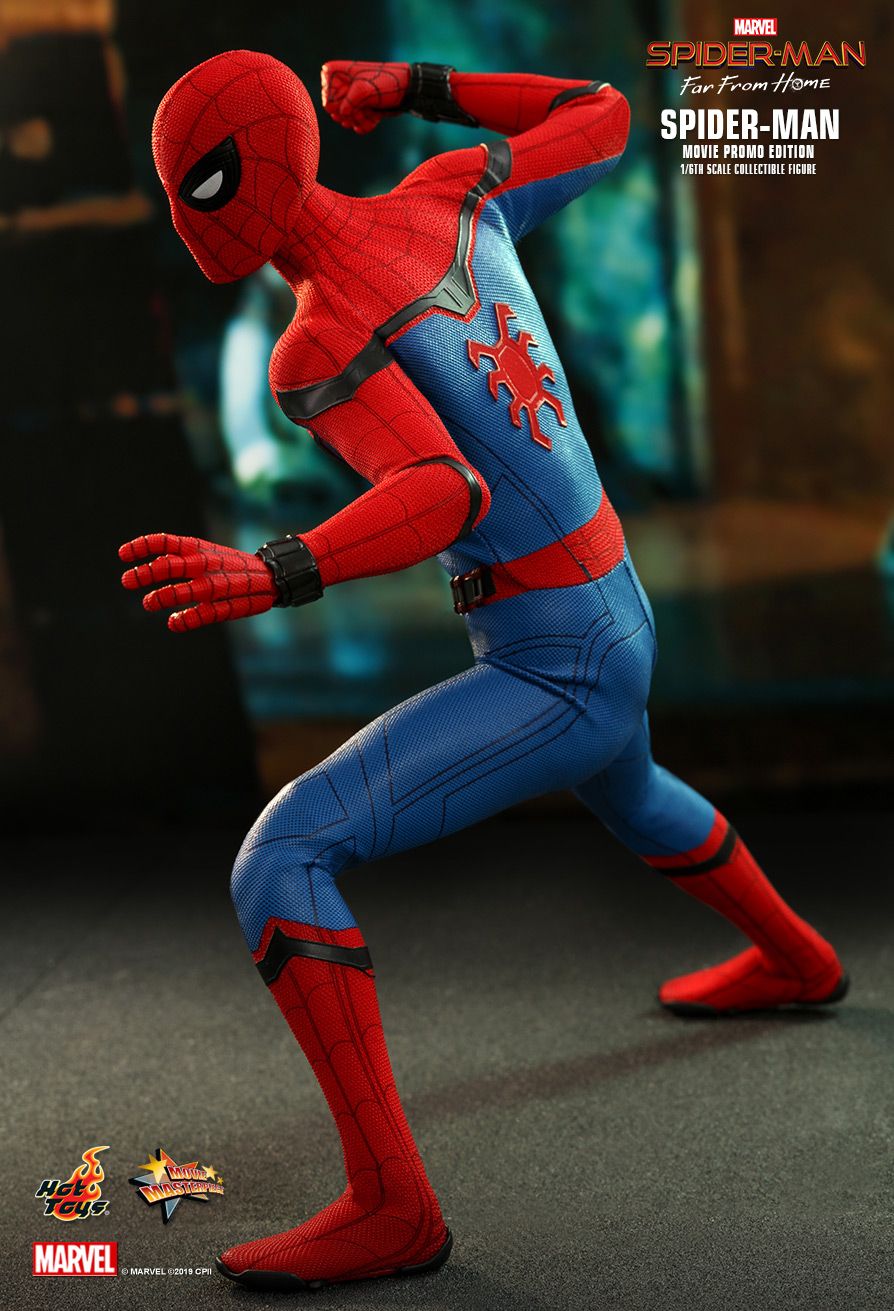 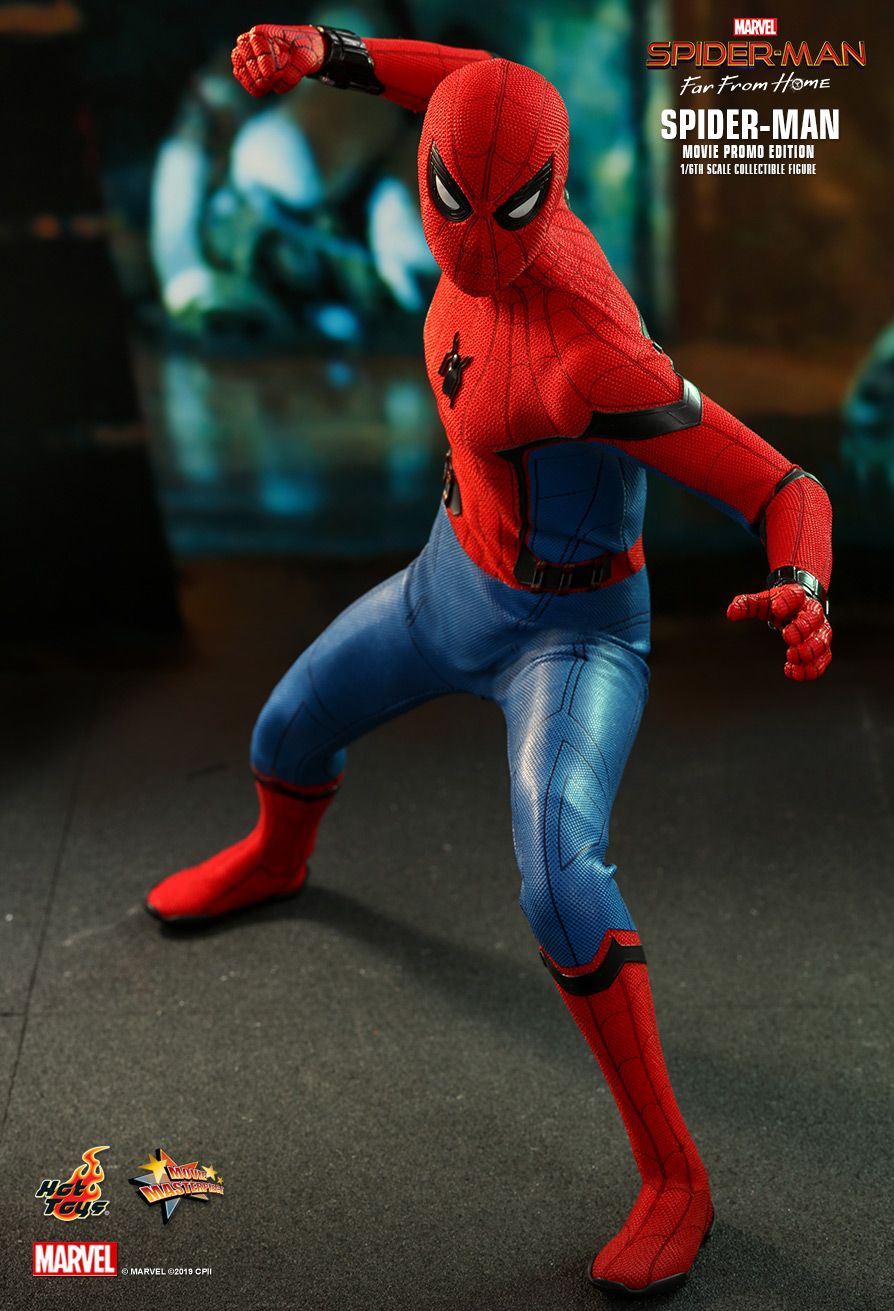 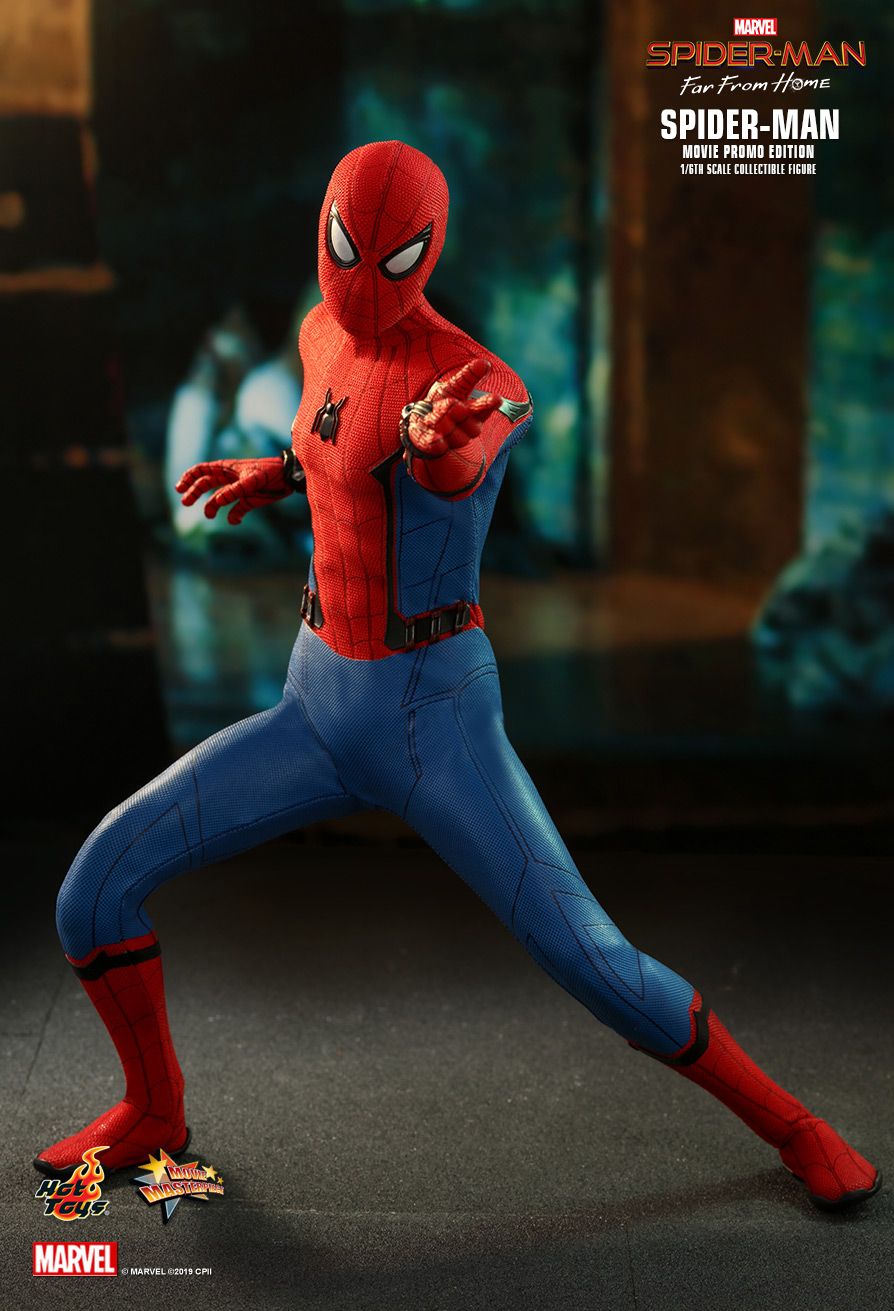 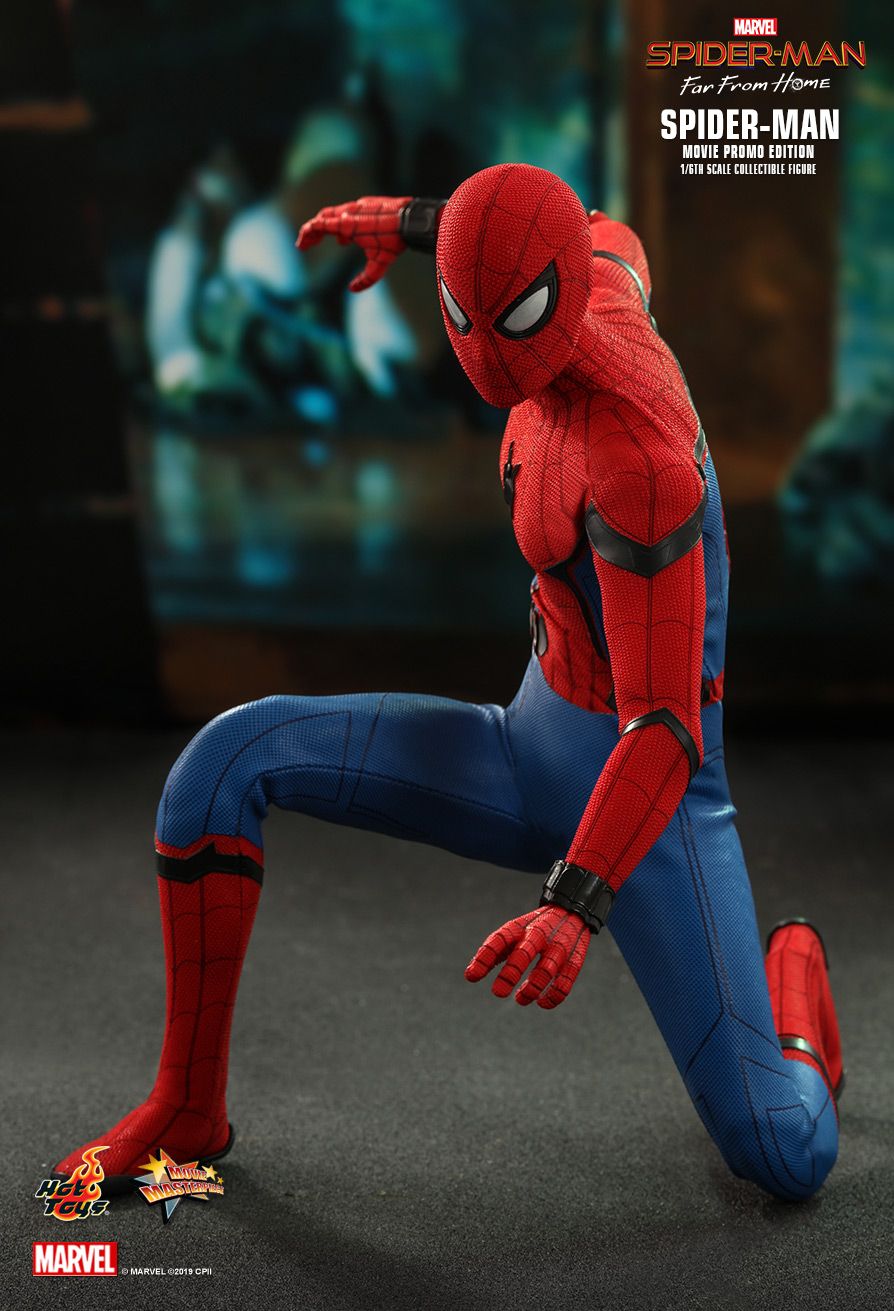 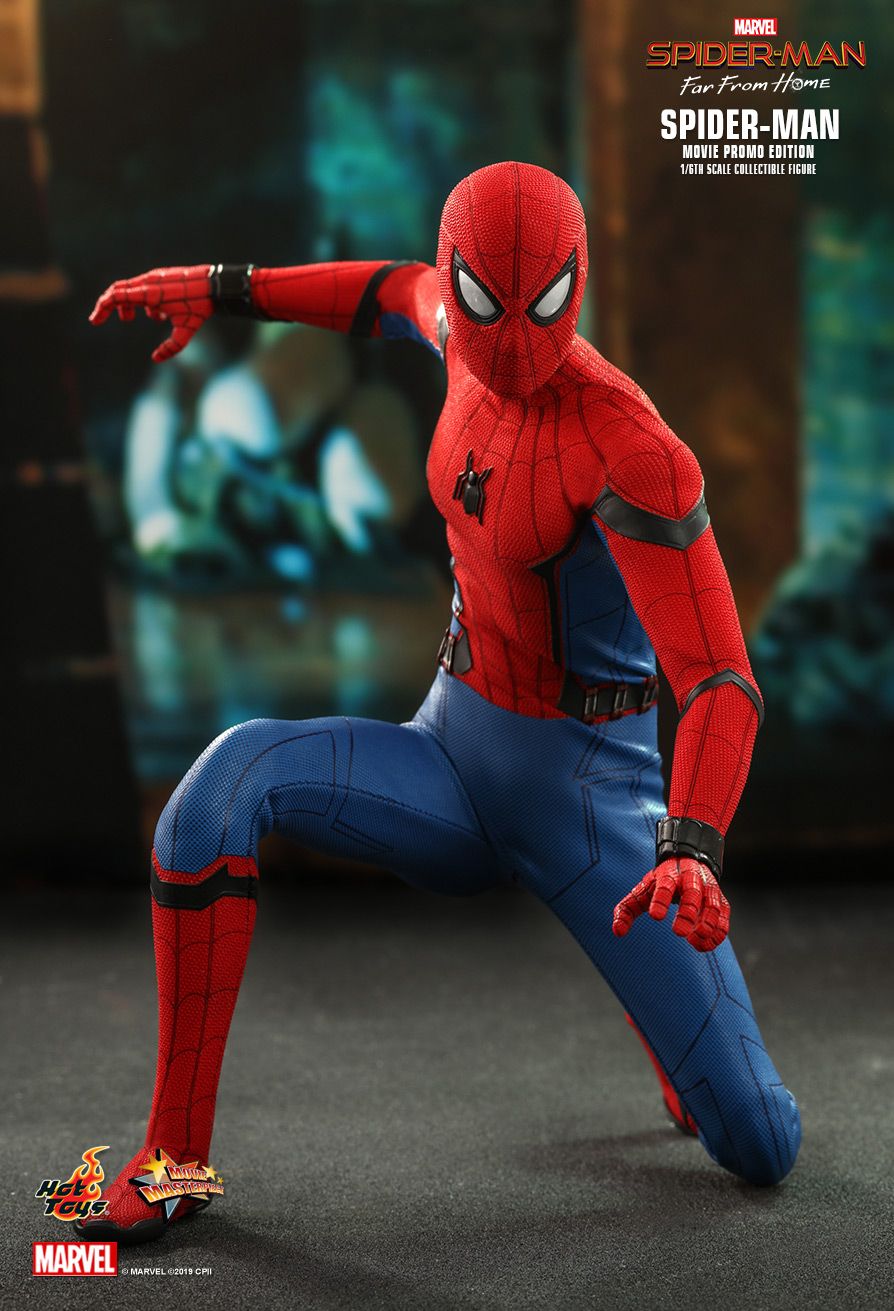 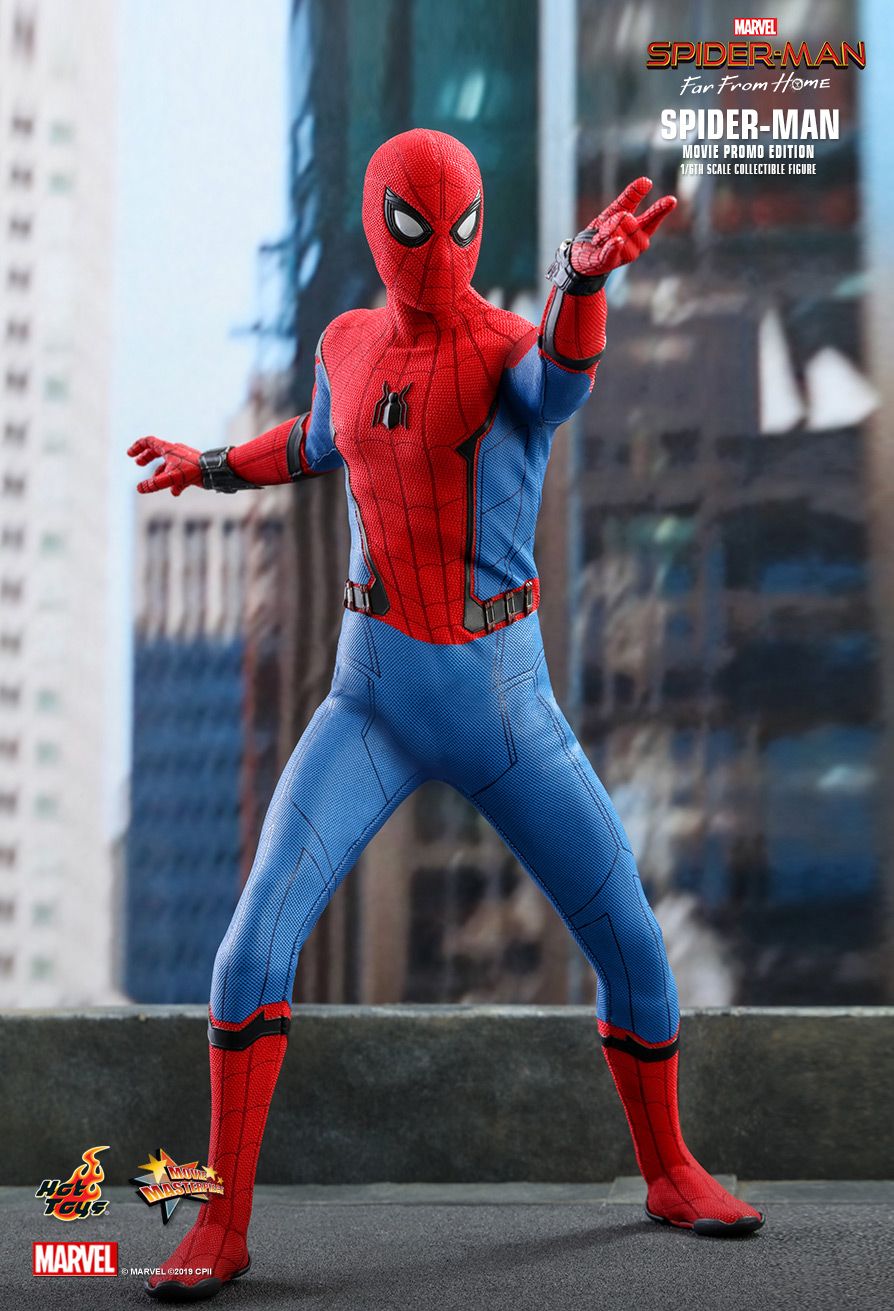 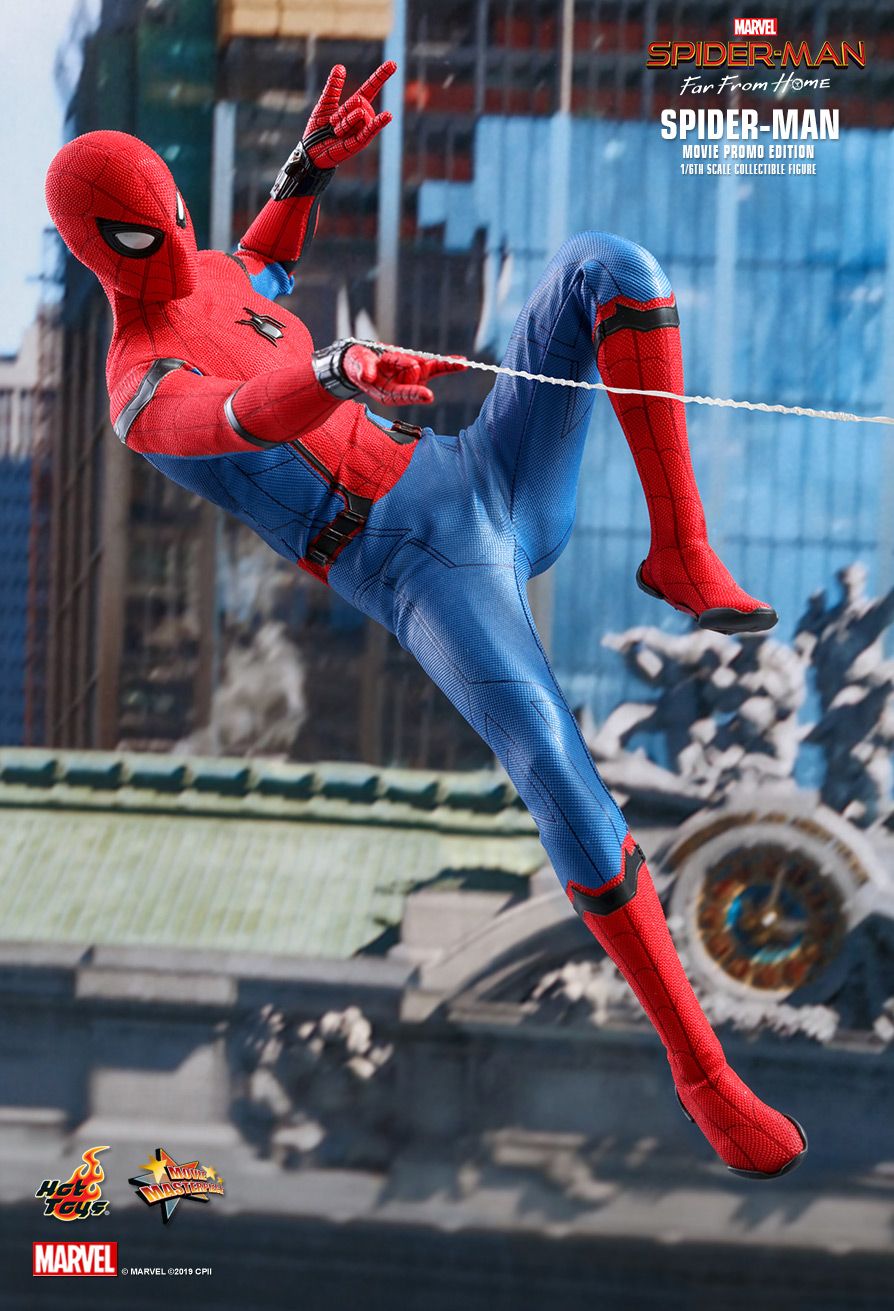 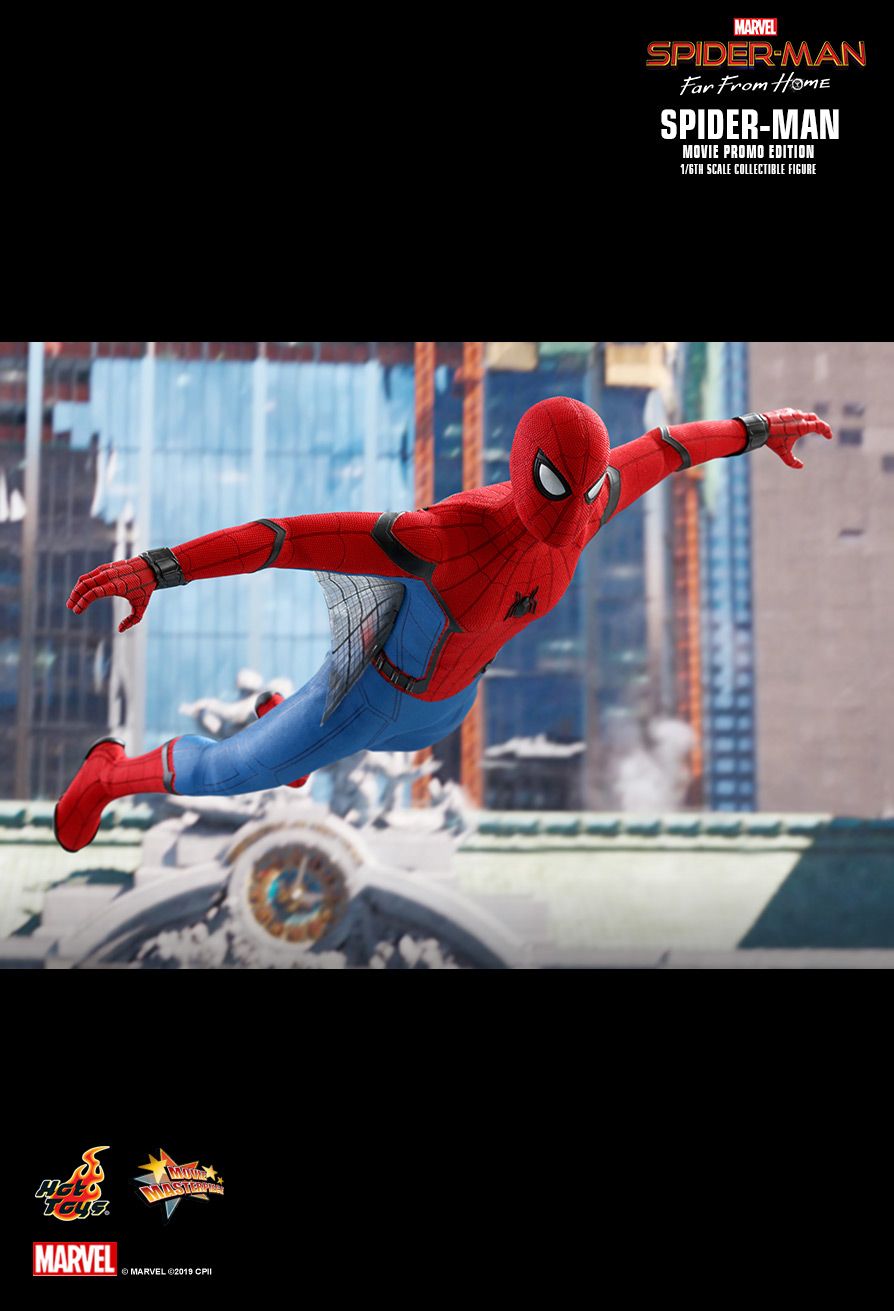 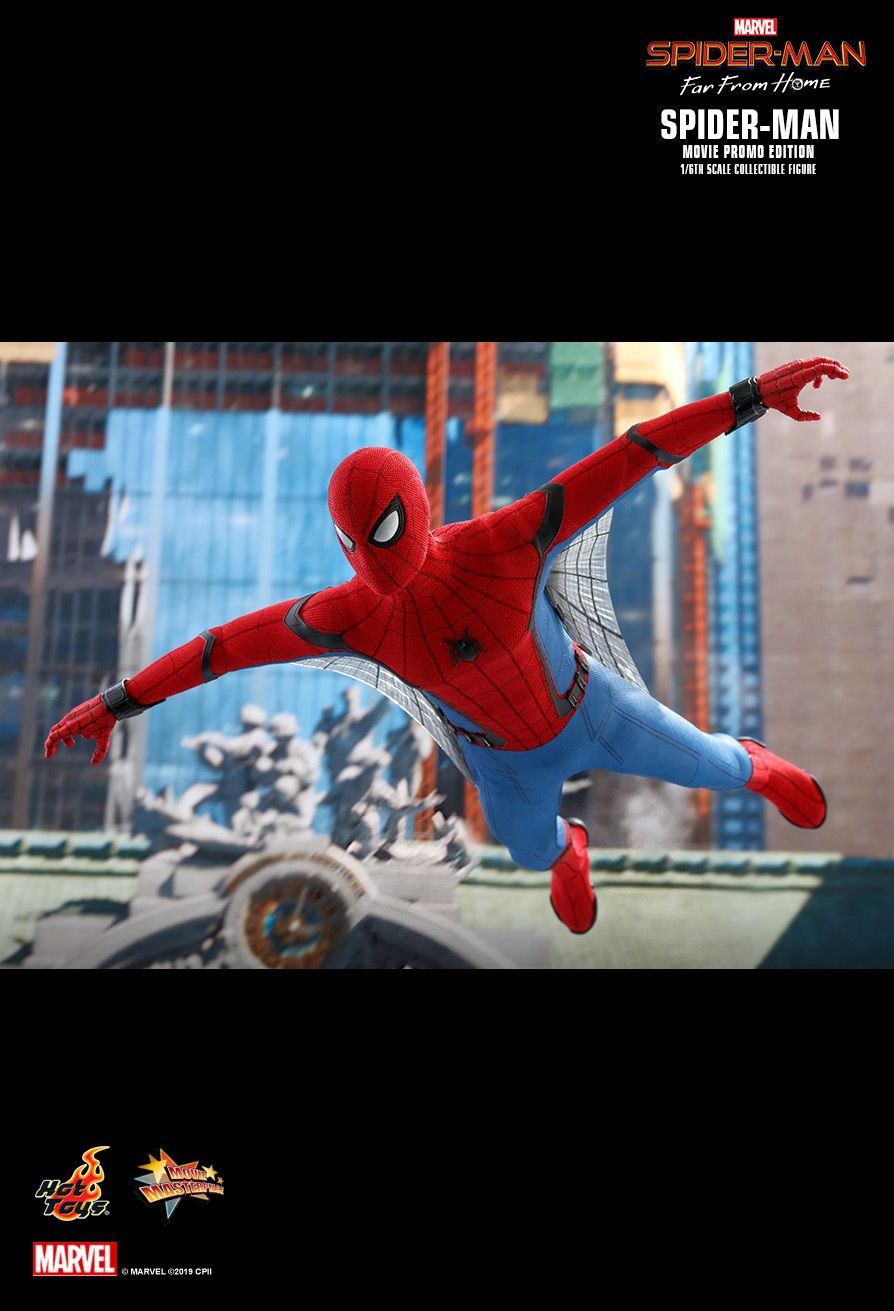 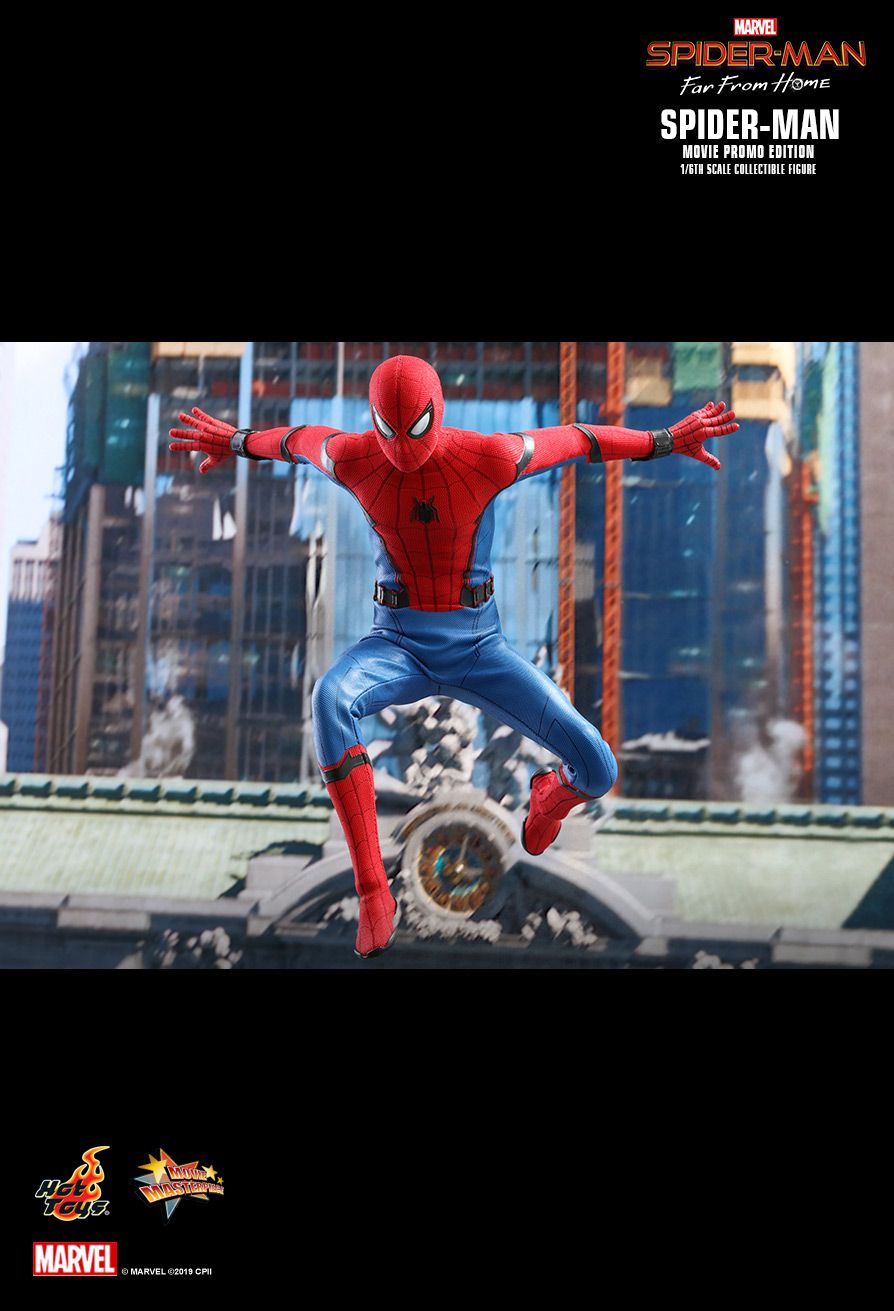 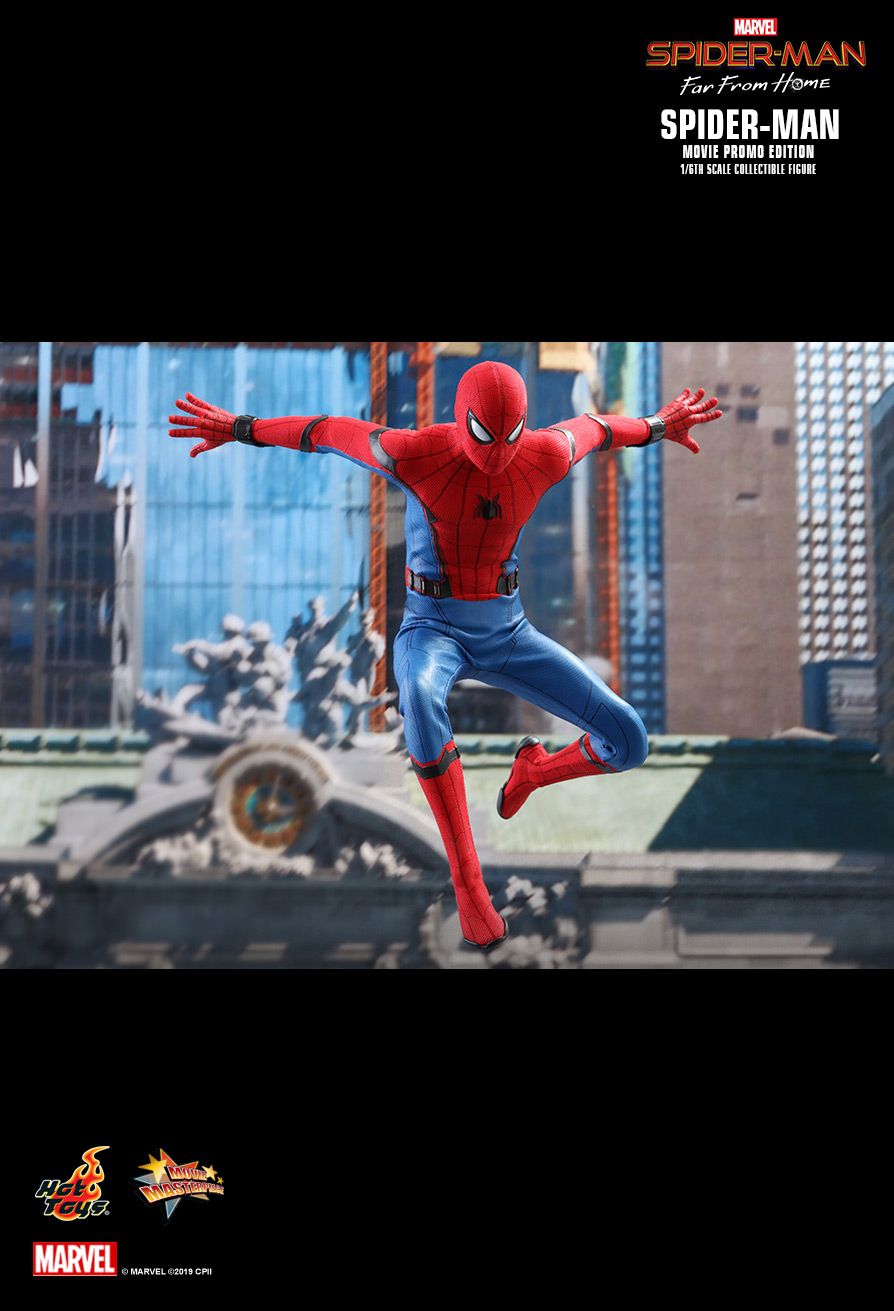 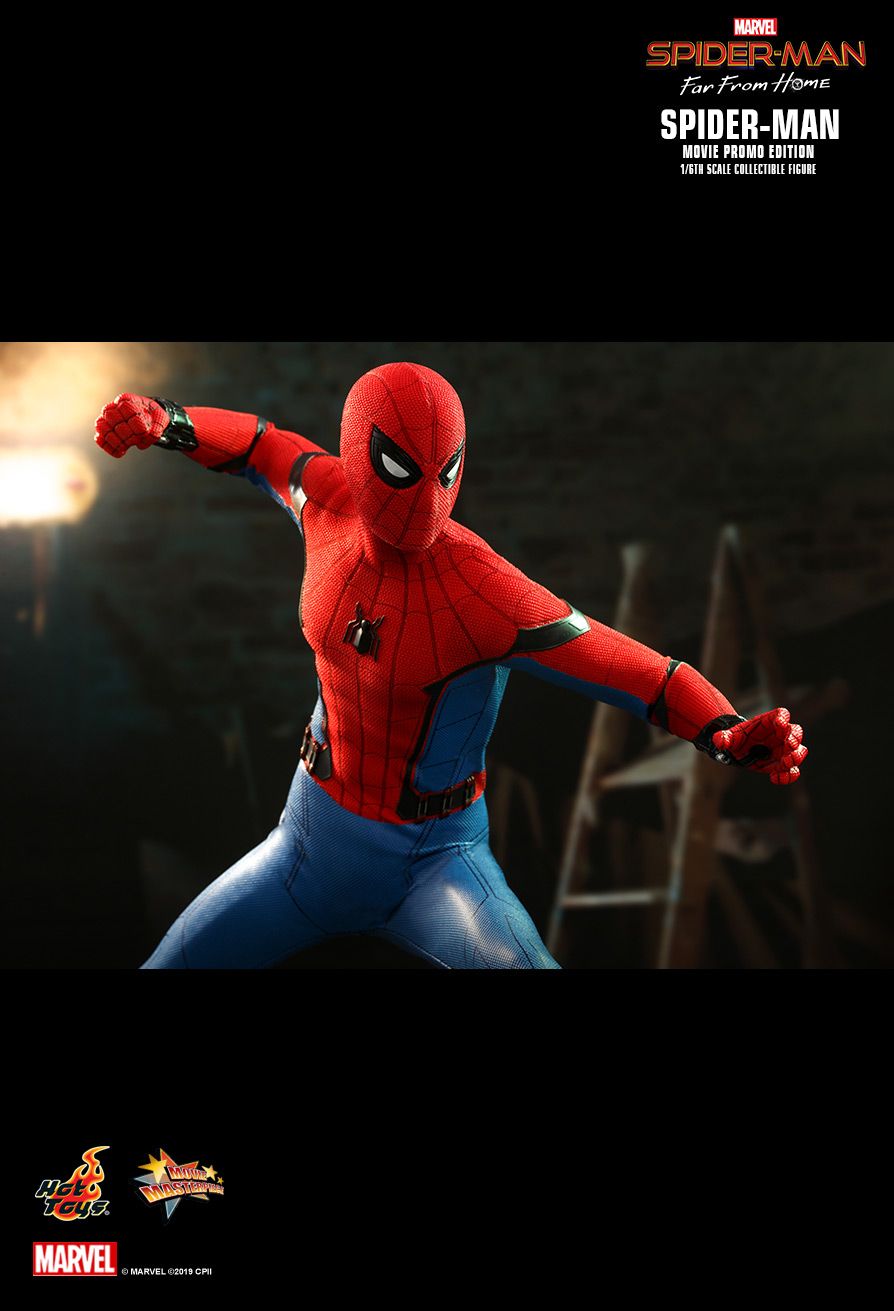 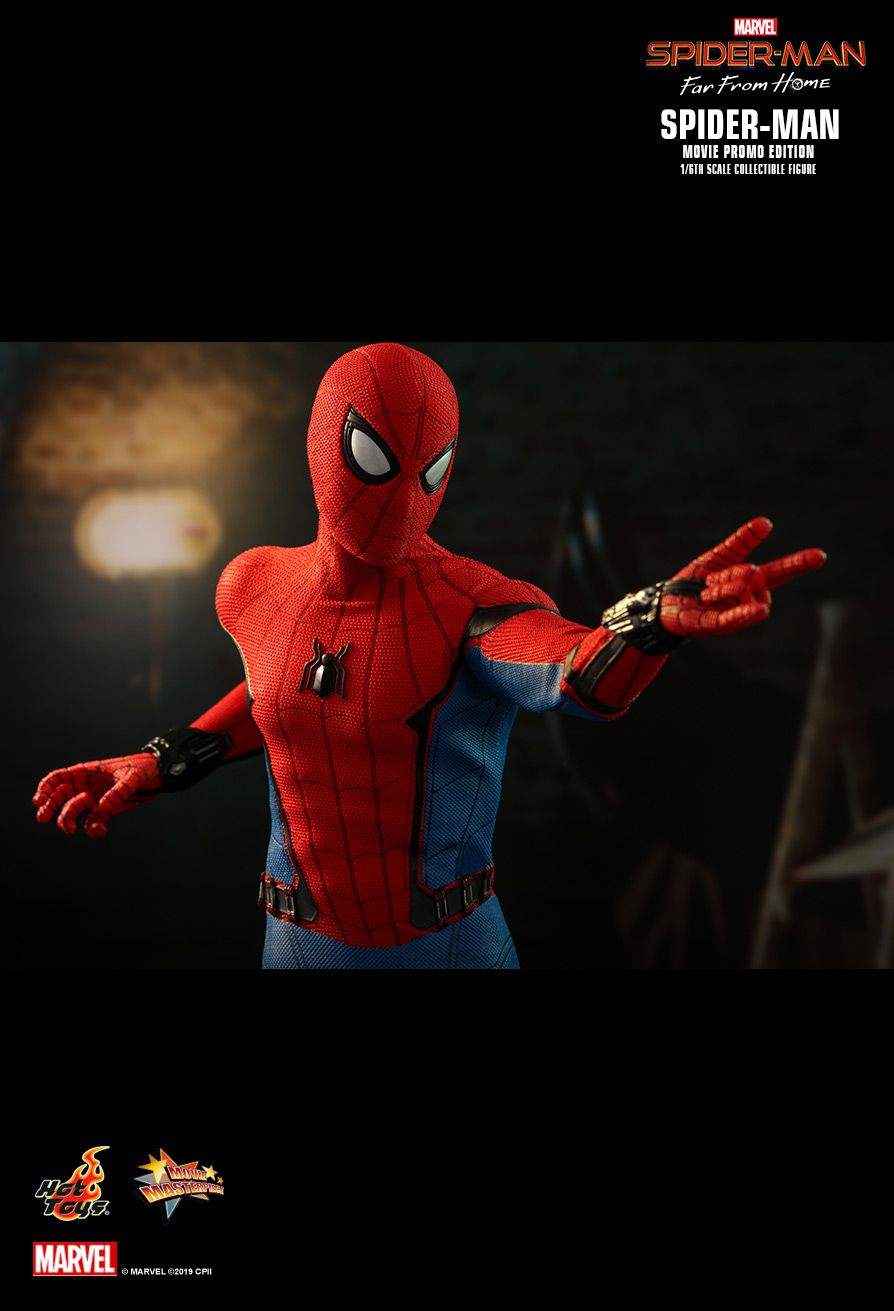 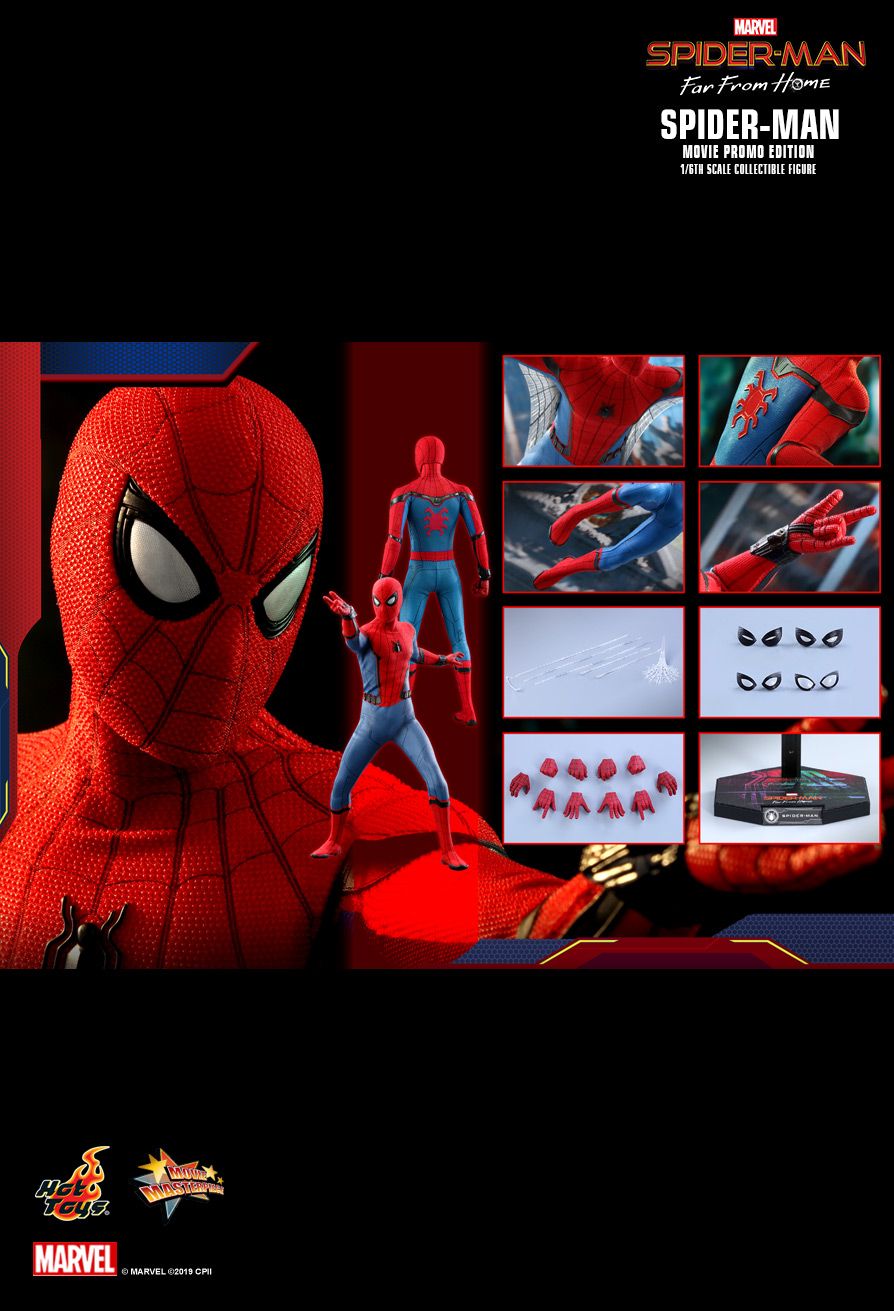 Founding Father
Posts : 7611
Join date : 2018-03-29
Location : Somewhere between myth and reality.
Another cool Spider-Man figure from HT. This is great... and maybe not so great. Am I the only who thinks we've seen almost the same thing before, and surely for what will be a lesser price (for what you get)? I'm too lazy to go look and find the minute differences, but the look is very familiar (except perhaps for the gliding wings) -- which is not necessarily bad in itself, but certainly making this figure less attractive as a new acquisition. Speaking for myself (obviously), I'd only go for this if I were (1) an HT completist, or (2) a 1/6 Spider-Man completist, or (3) desperately wanted one and missed out on all the earlier ones. And it doesn't even have an unmasked head sculpt. While it looks quite good, there seems to be something a little off with the appearance of the torso (too long?) and the double-jointed knees (which are almost always a good idea) make the legs look weird in some poses.
_________________
I'll be back!