Founding Father
Posts : 7646
Join date : 2018-03-29
Location : Island of Misfit Toys
The son of Han Solo and Leia Organa, Ben Solo was seduced by the dark side of the Force and renamed himself Kylo Ren, becoming the First Order’s champion and Supreme Leader Snoke’s student. Kylo killed his father and seeks to destroy his mother’s Resistance and the remnants of the Jedi Order. Though a servant of the dark side, he still struggles against the pull of the light side of the Force.

The highly-accurate Kylo Ren collectible figure is expertly crafted based on his appearance in Star Wars: The Rise of Skywalker. It features a battle damaged LED light-up helmeted head with breathing Light mode, a newly developed head and hair sculpture with remarkable likeness, meticulously tailored outfit, a LED light-up lightsaber, an interchangeable lightsaber blade emulating the weapon in motion, and figure stand!

- Authentic and detailed likeness of Kylo Ren in Star Wars: The Rise of Skywalker
- One (1) newly developed head sculpt with authentic likeness of Adam Driver as Kylo Ren
- One (1) newly crafted interchangeable battle damaged helmeted head with LED light-up function (battery operated)
- Highly-accurate facial expression, detailed scar, and skin texture
- Approximately 33 cm tall
- Body with over 30 points of articulations
- Seven (7) pieces of interchangeable gloved hands including:
- One (1) pair of fists
- One (1) pair of relaxed hands
- One (1) pair of hands for holding lightsaber
- One (1) piece of gesturing left hand
- Each piece of head sculpt is specially hand-painted 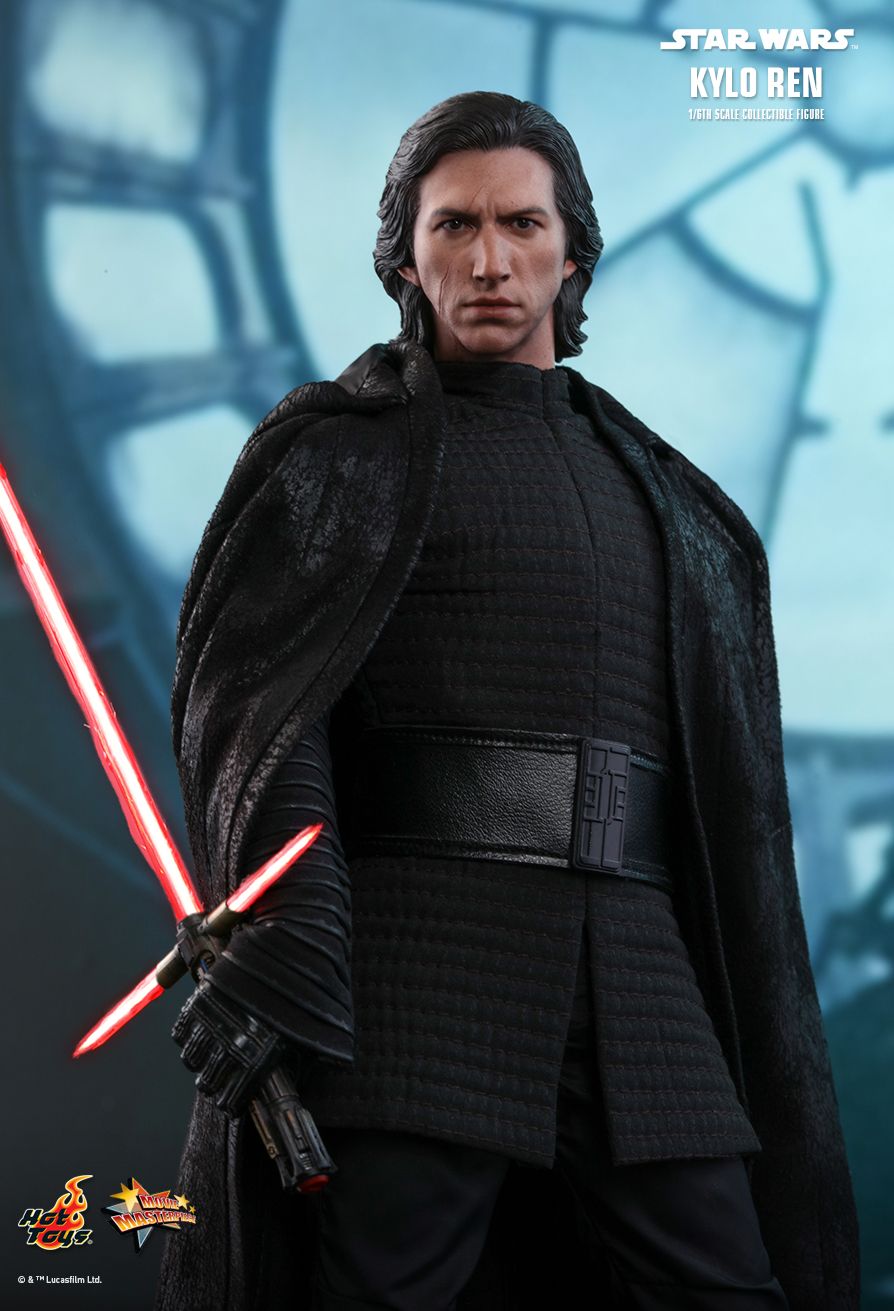 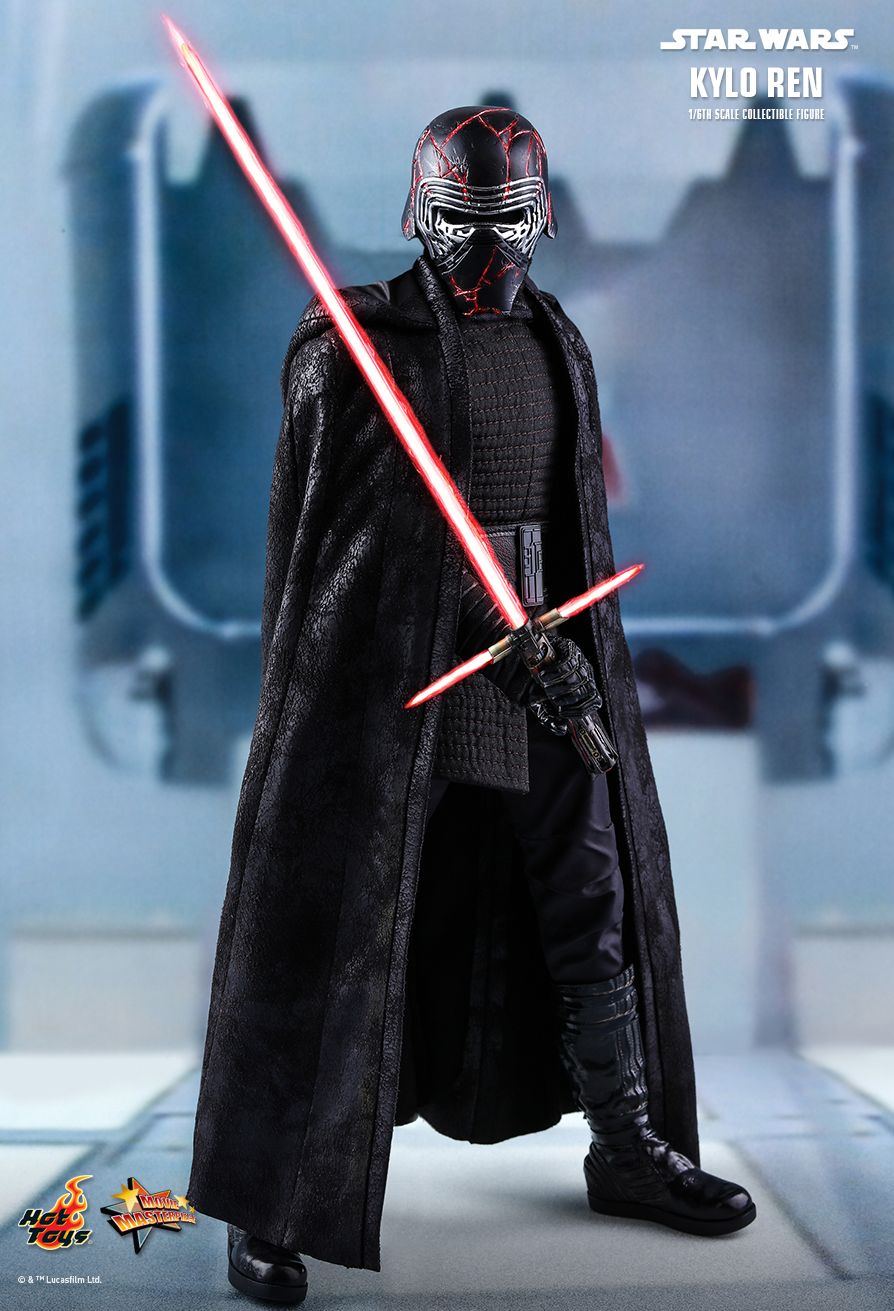 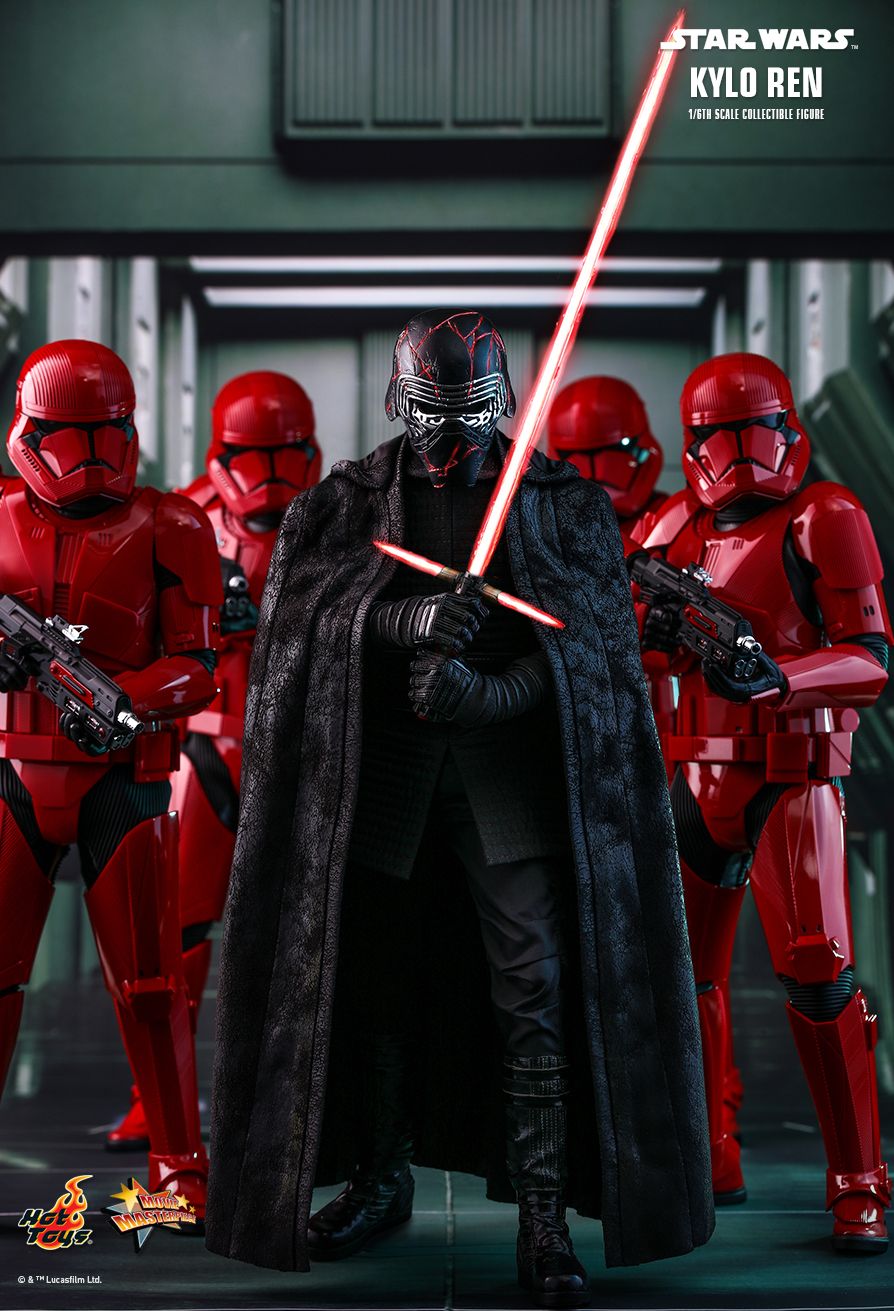 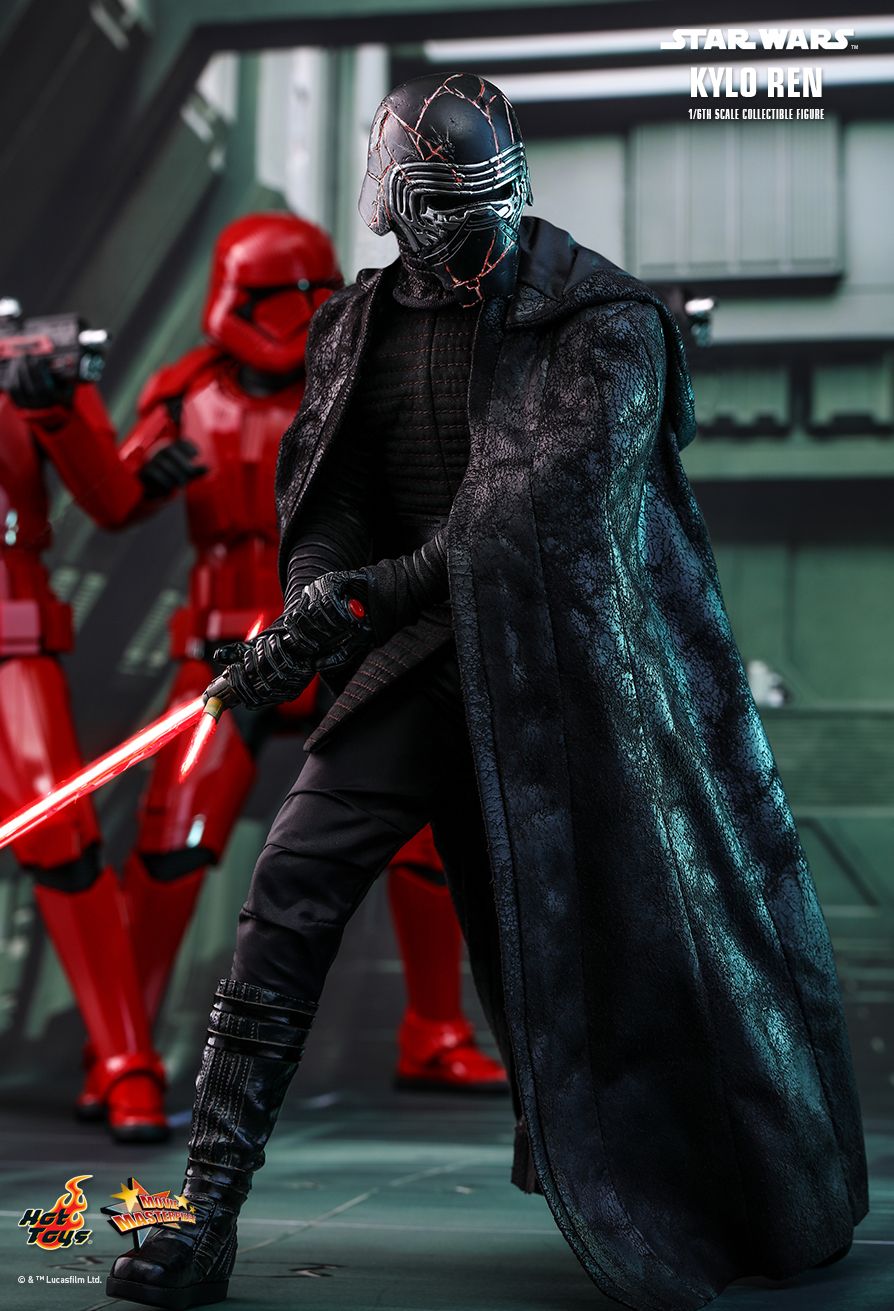 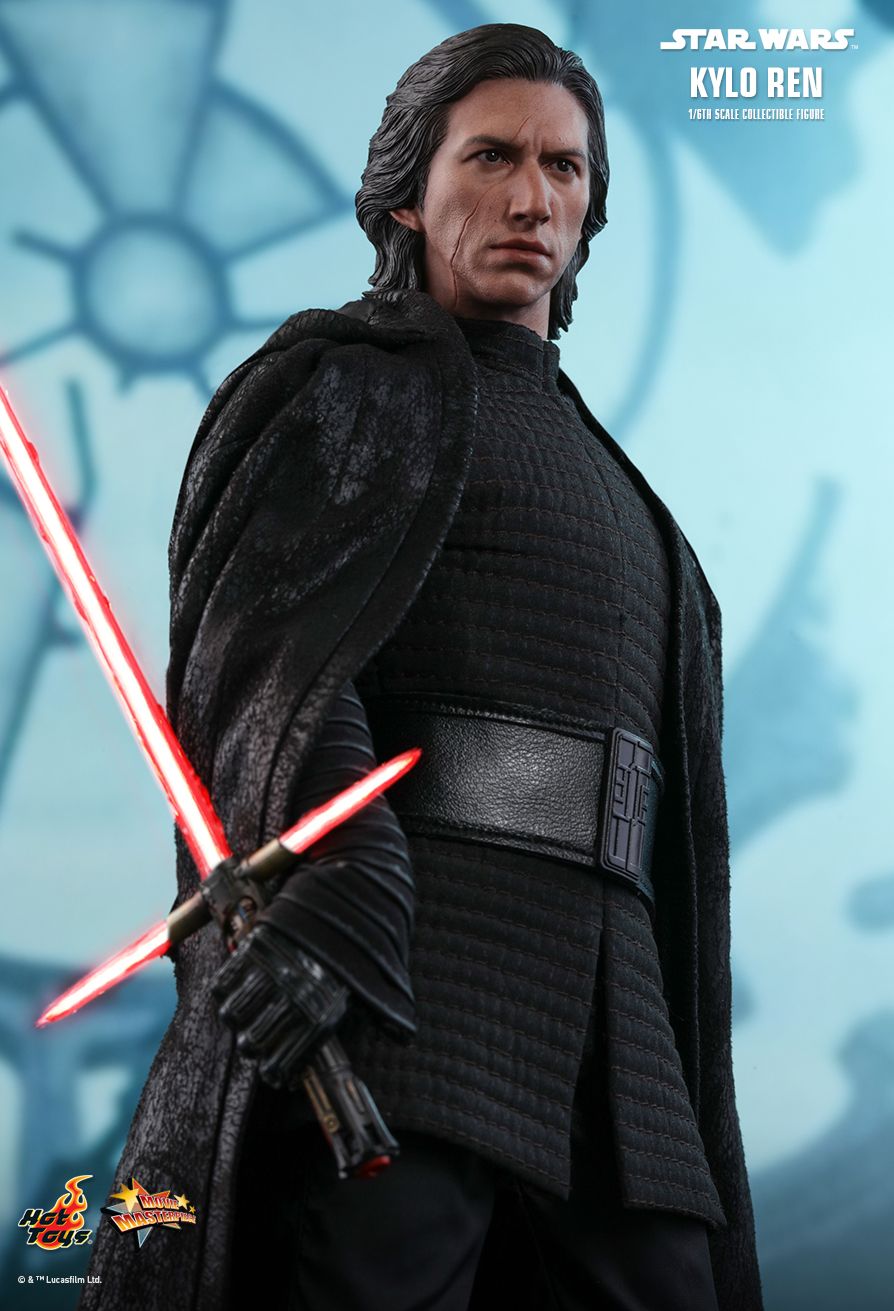 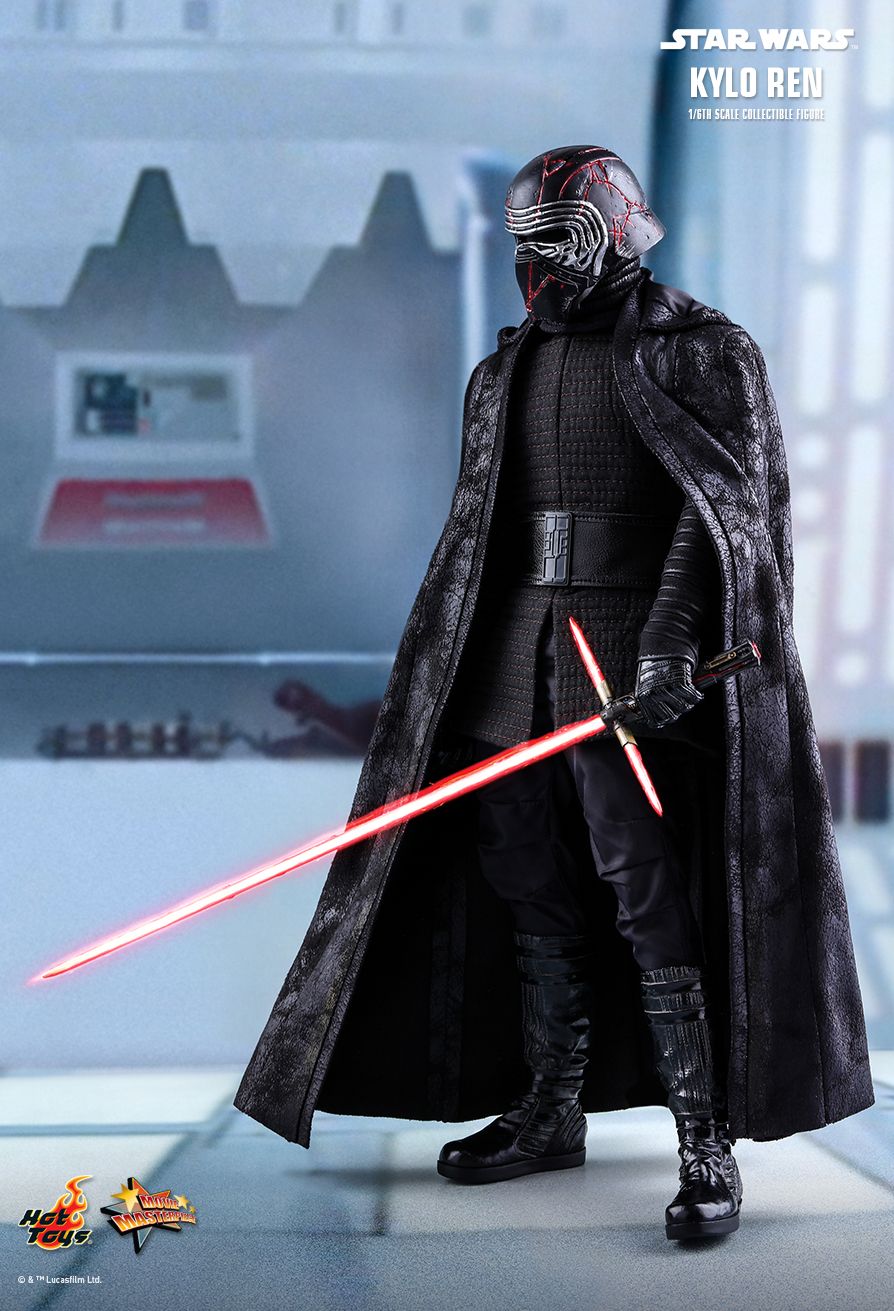 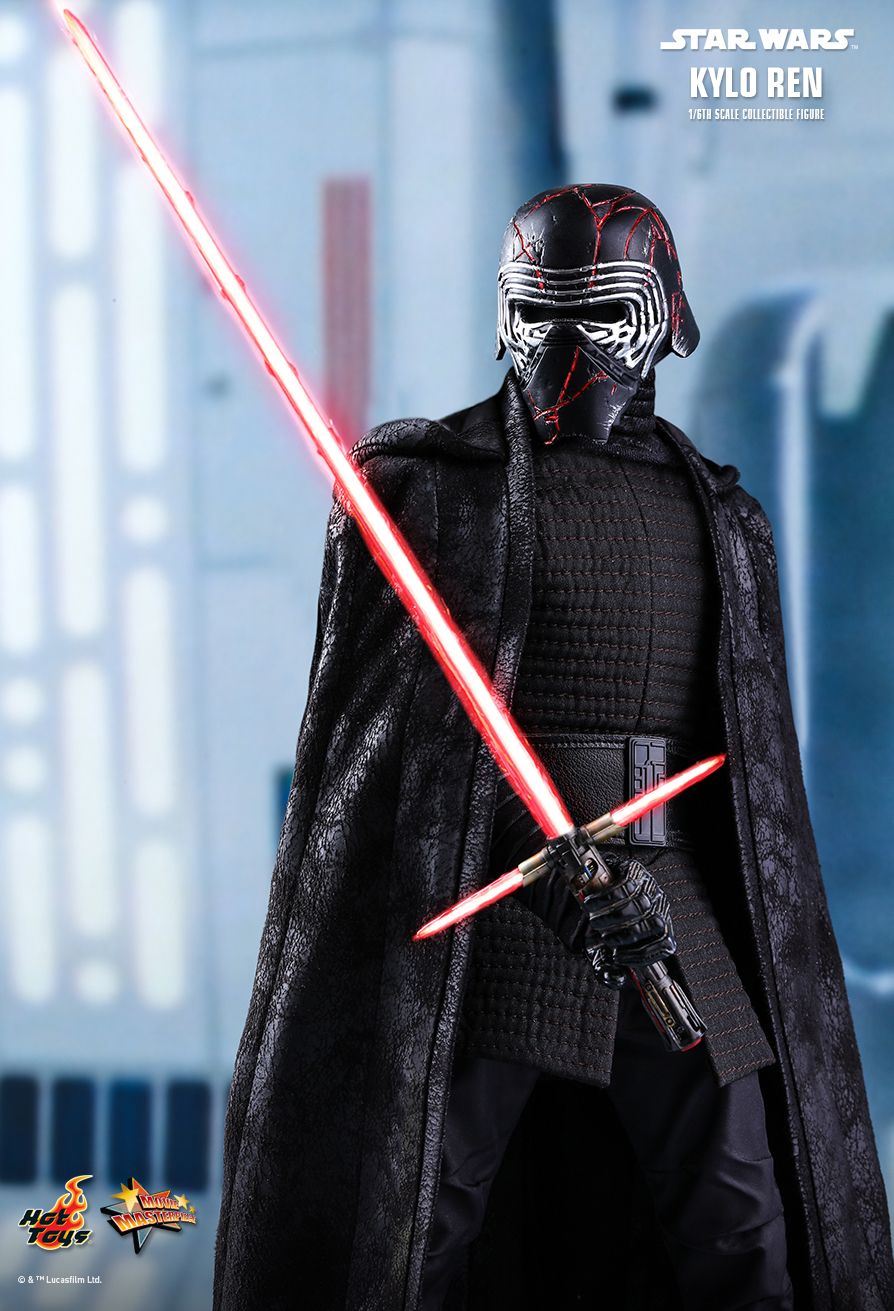 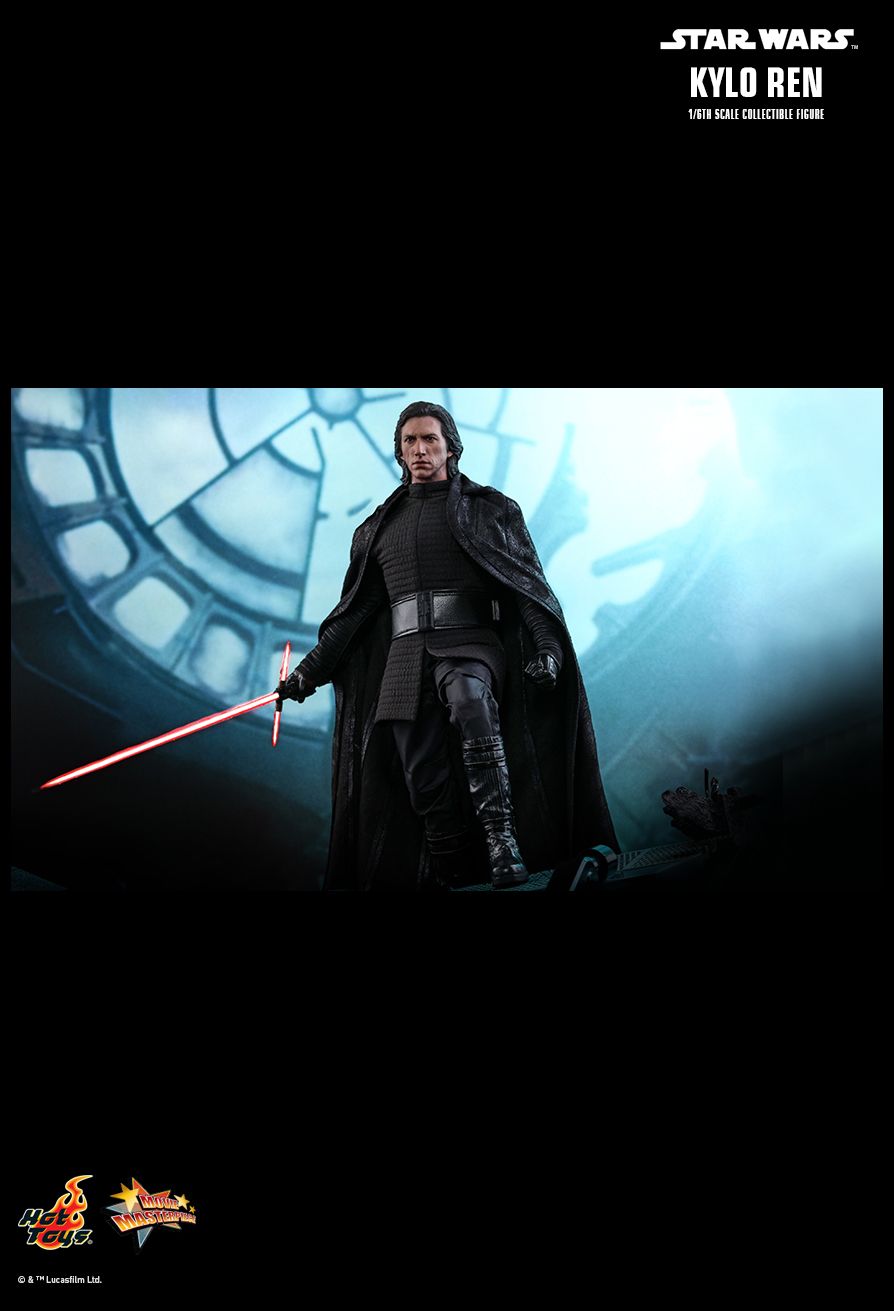 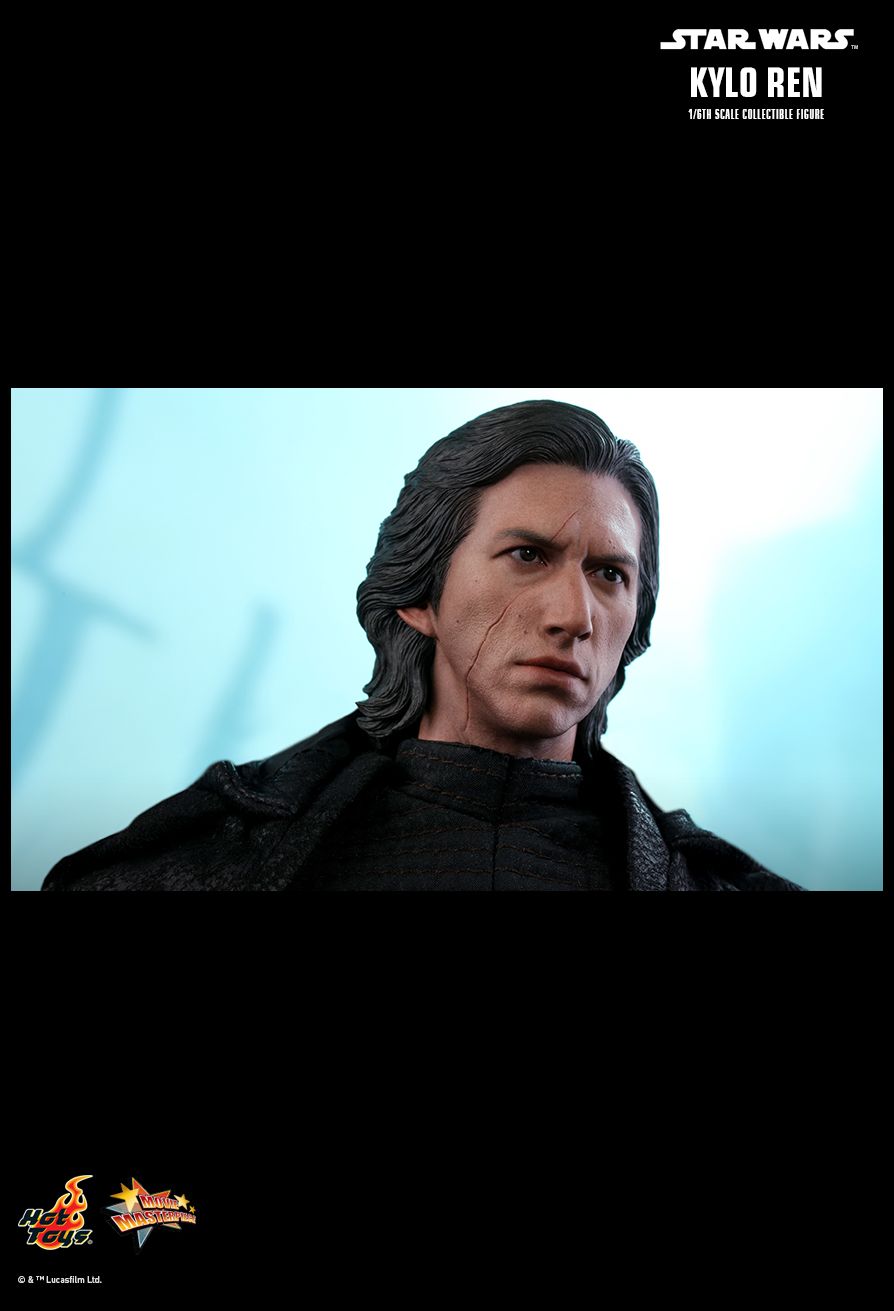 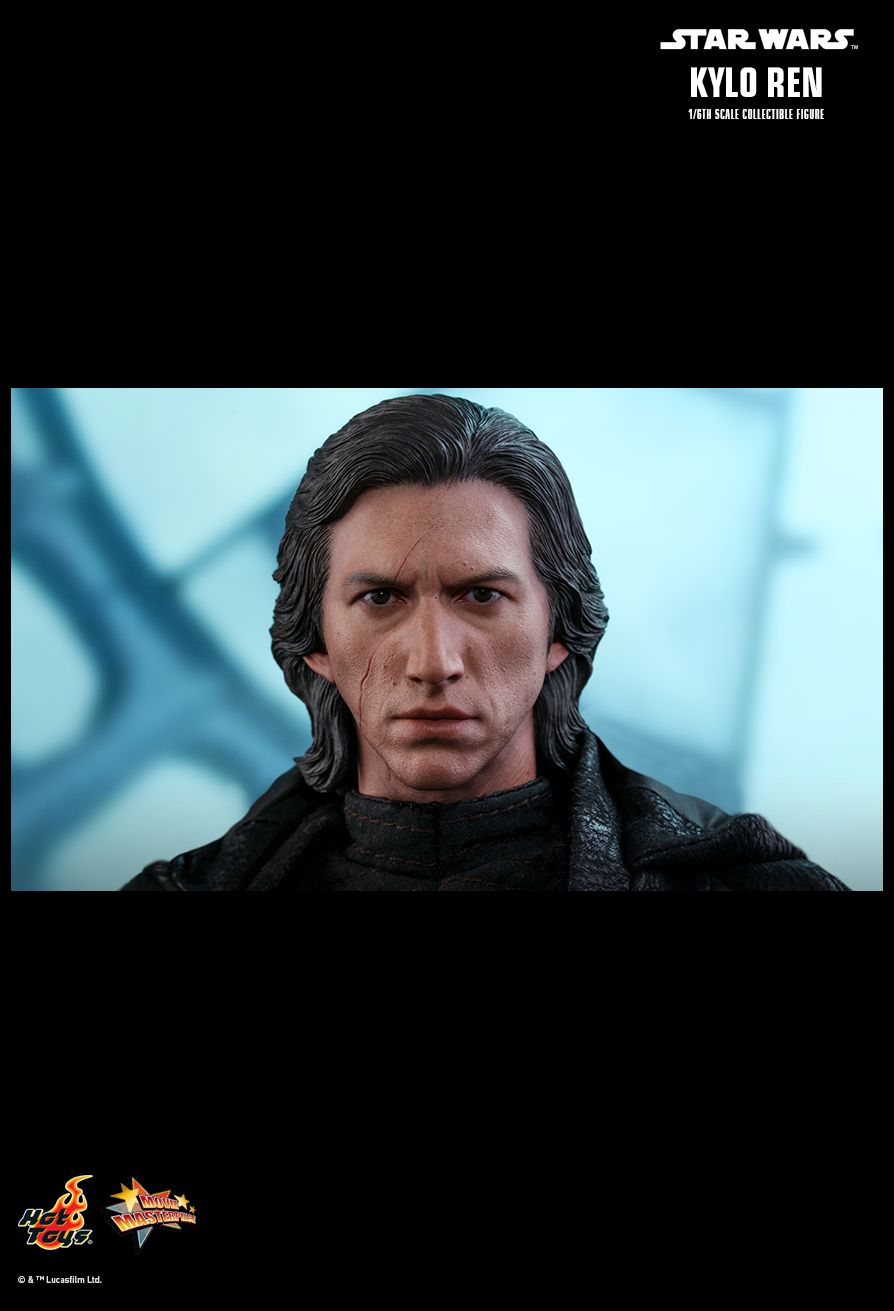 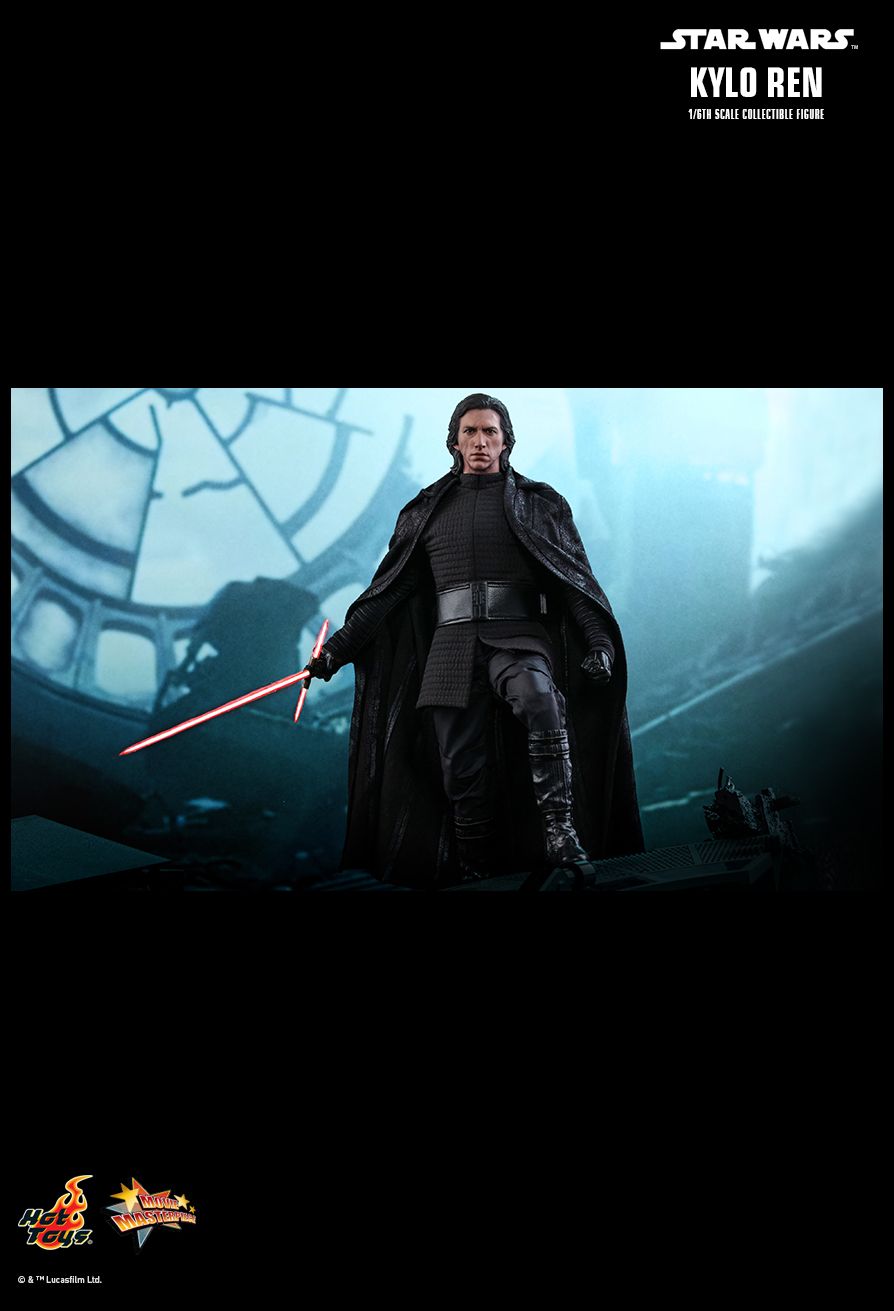 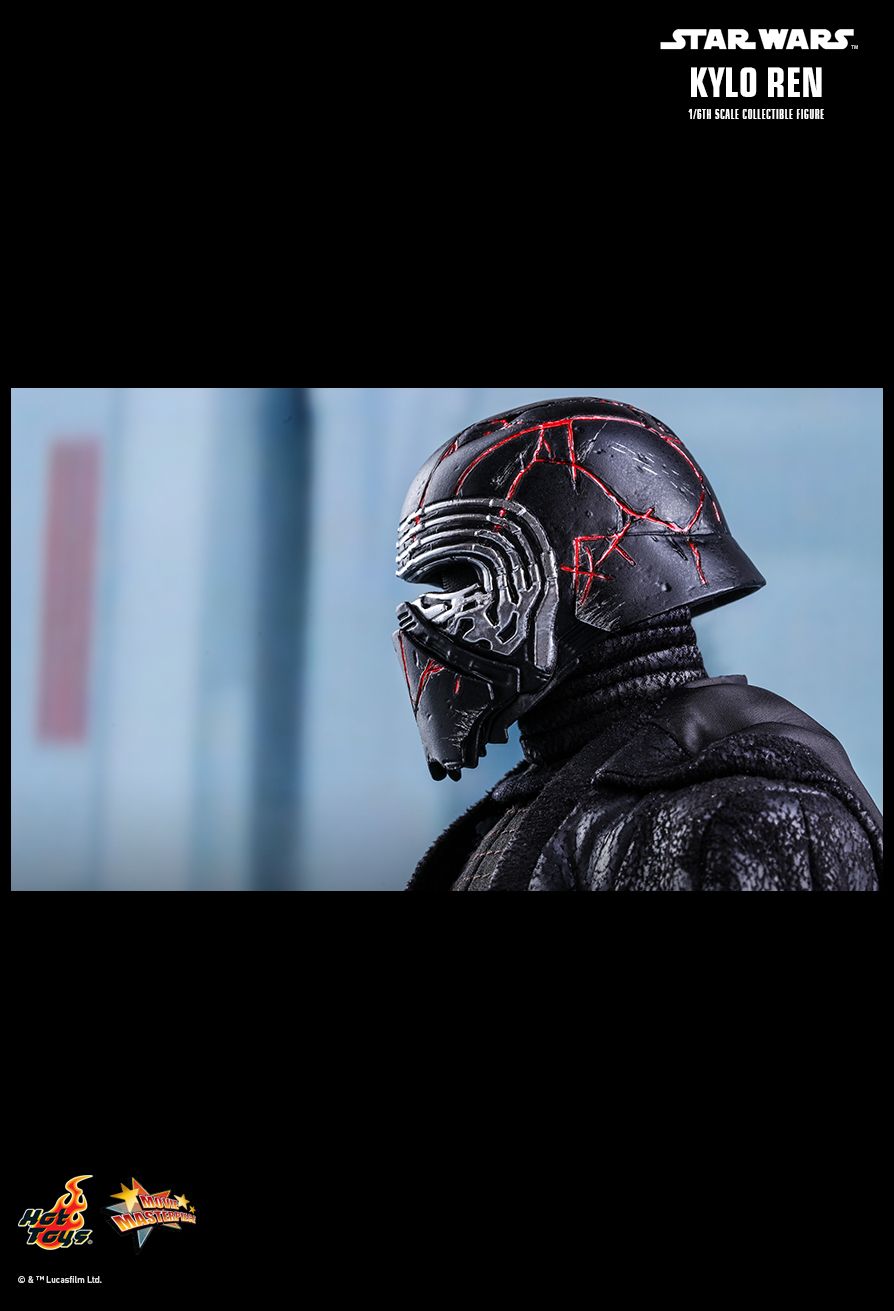 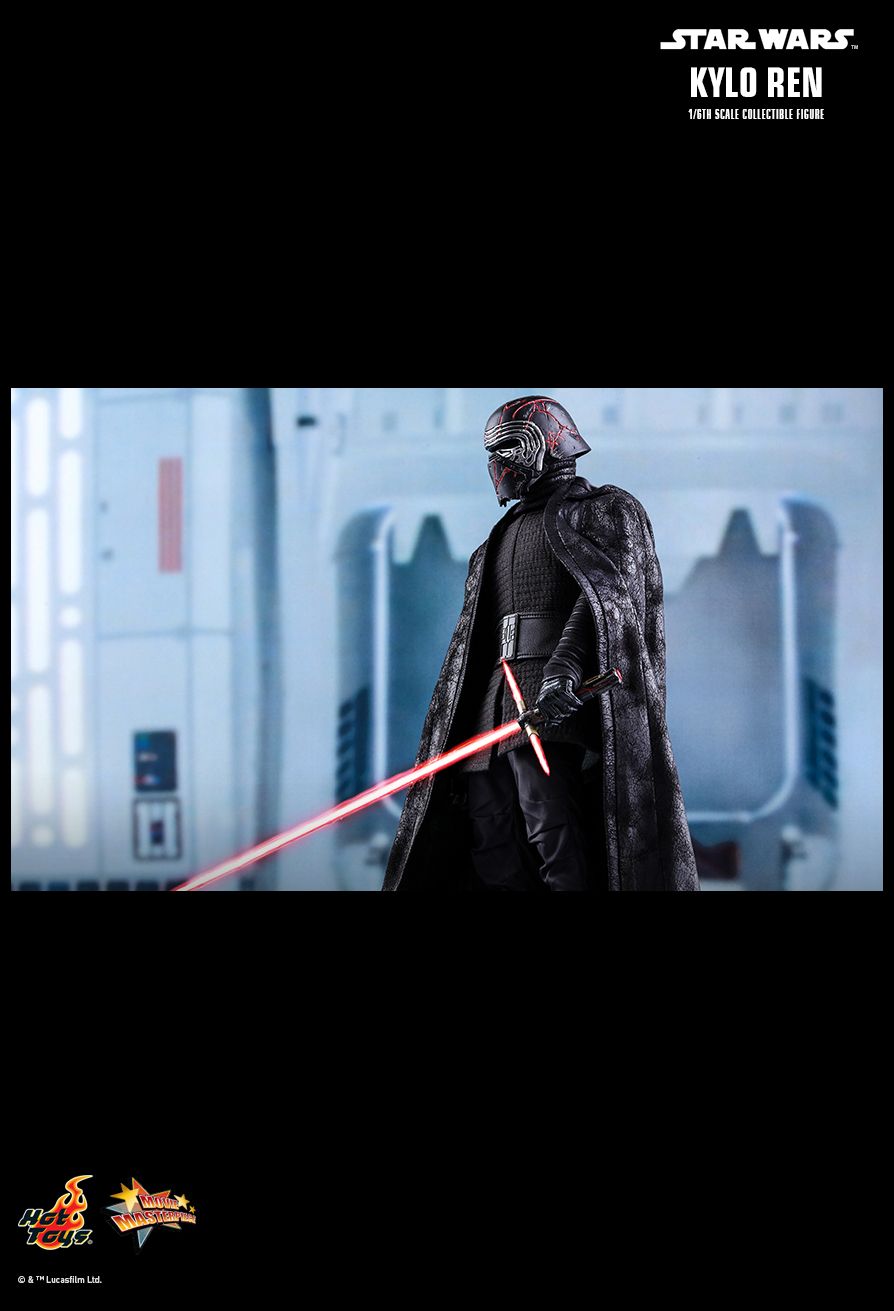 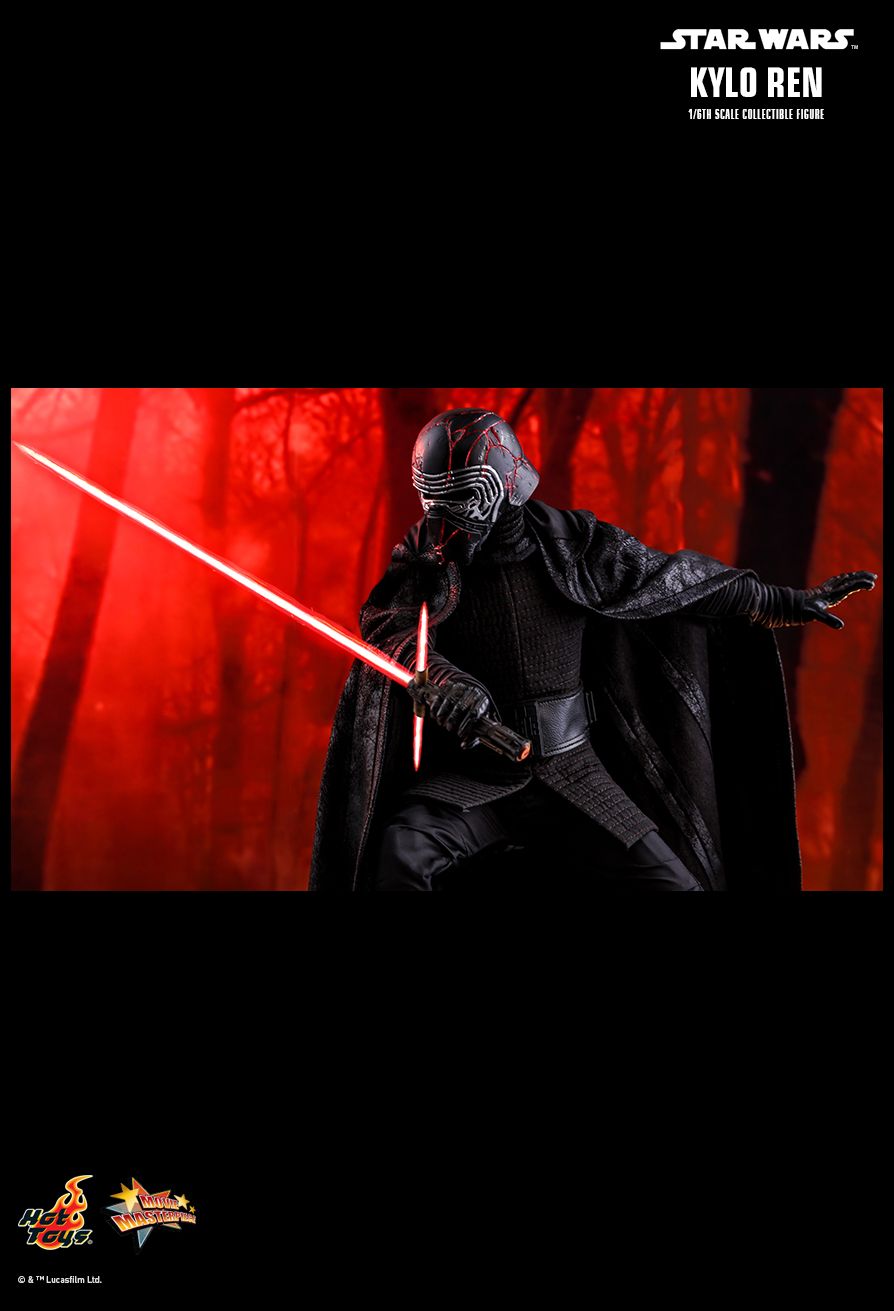 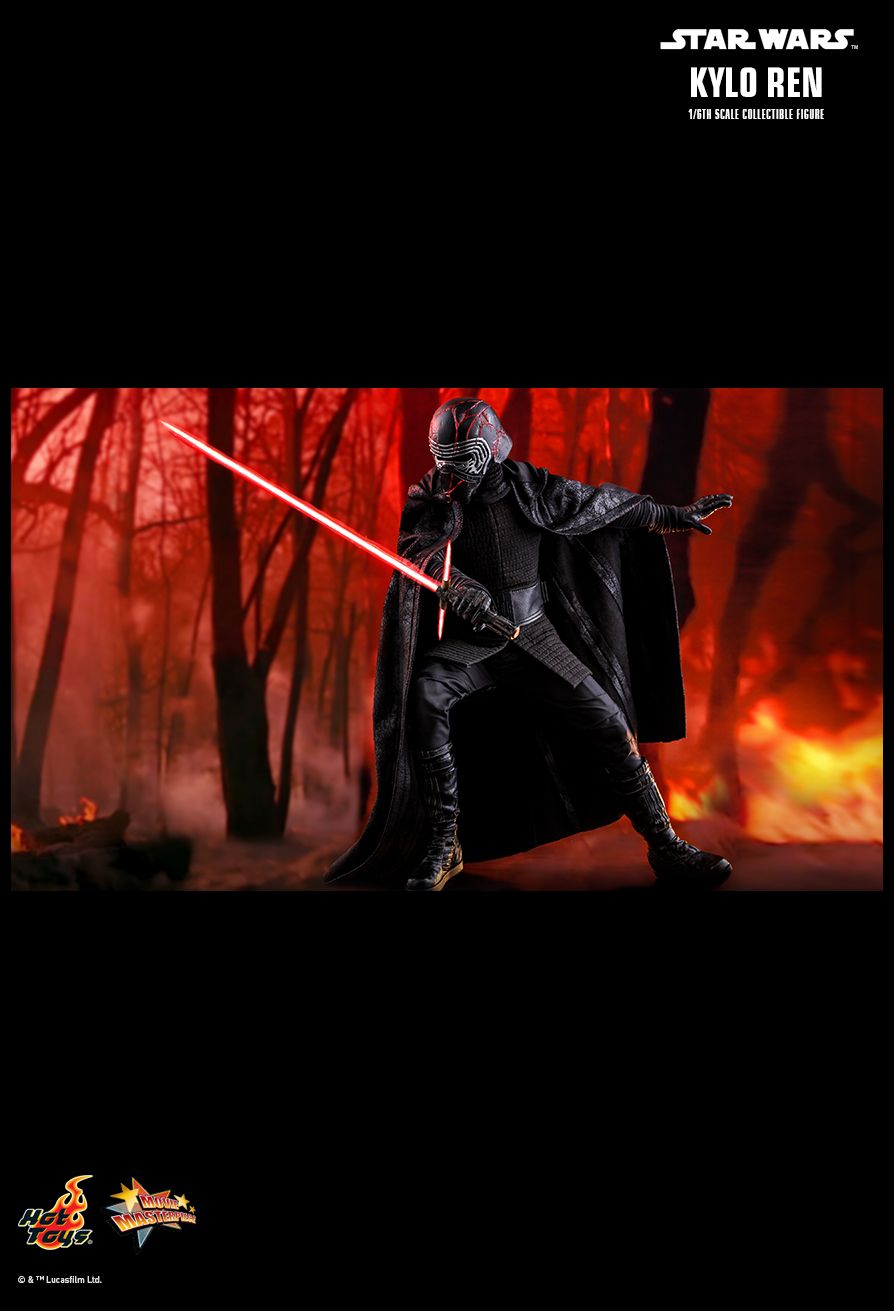 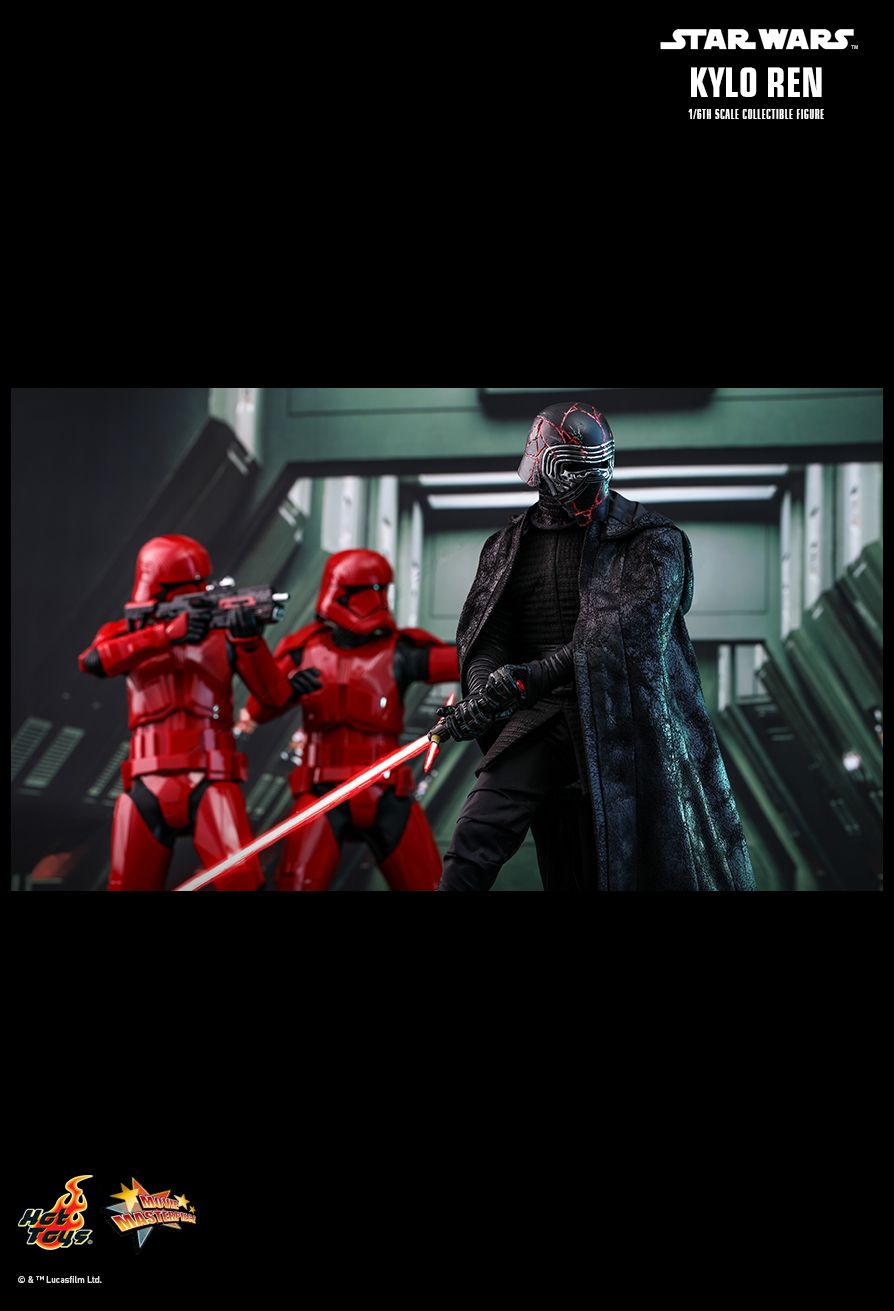 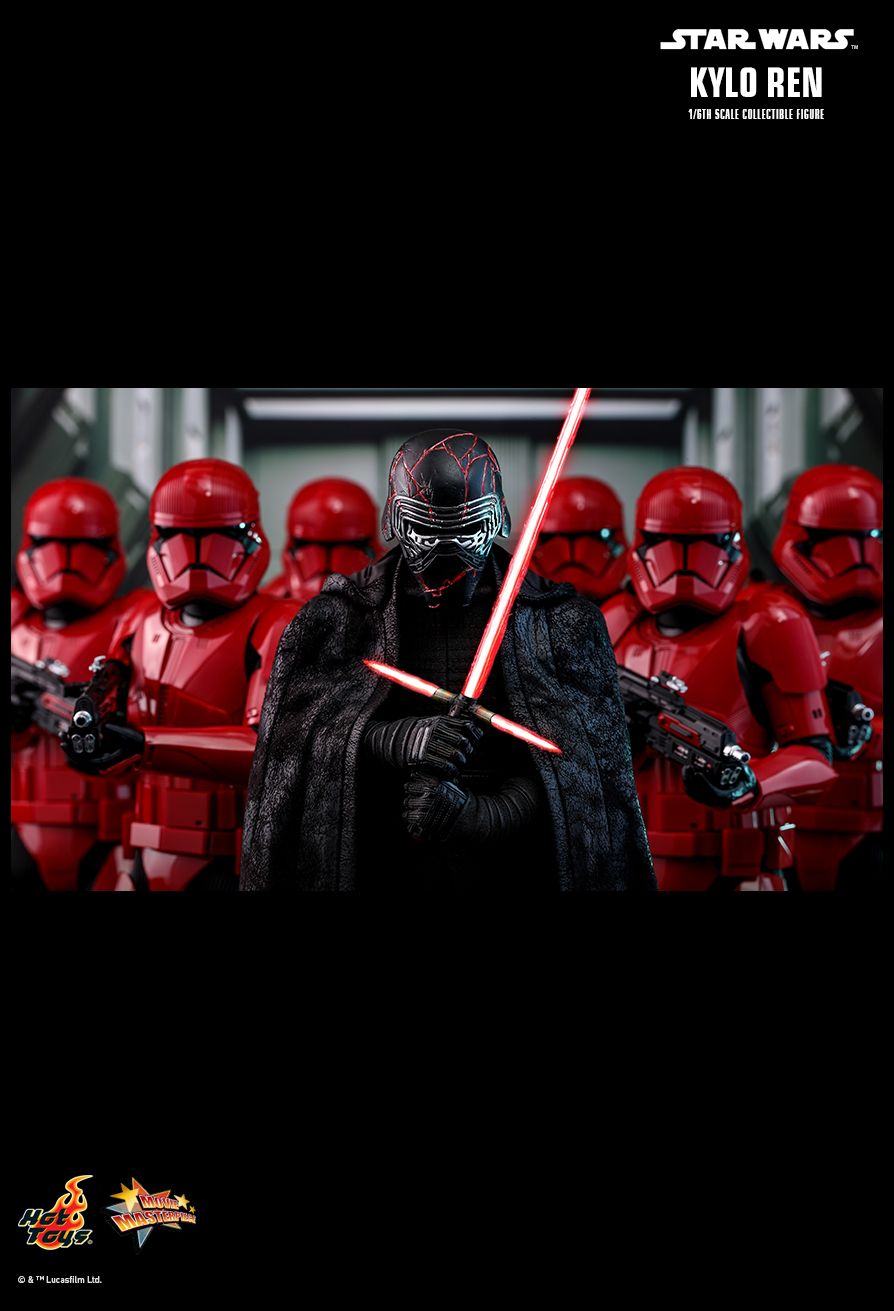 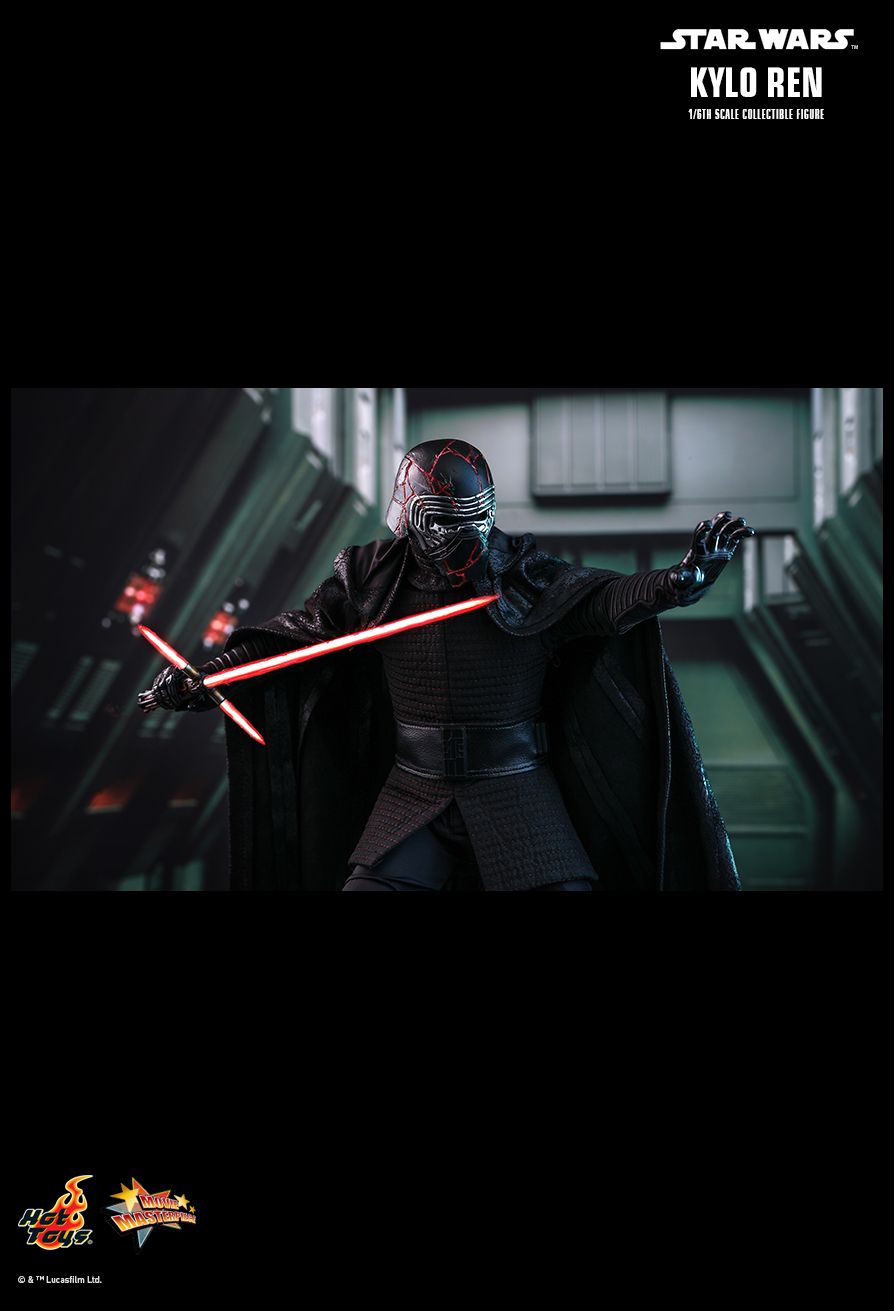 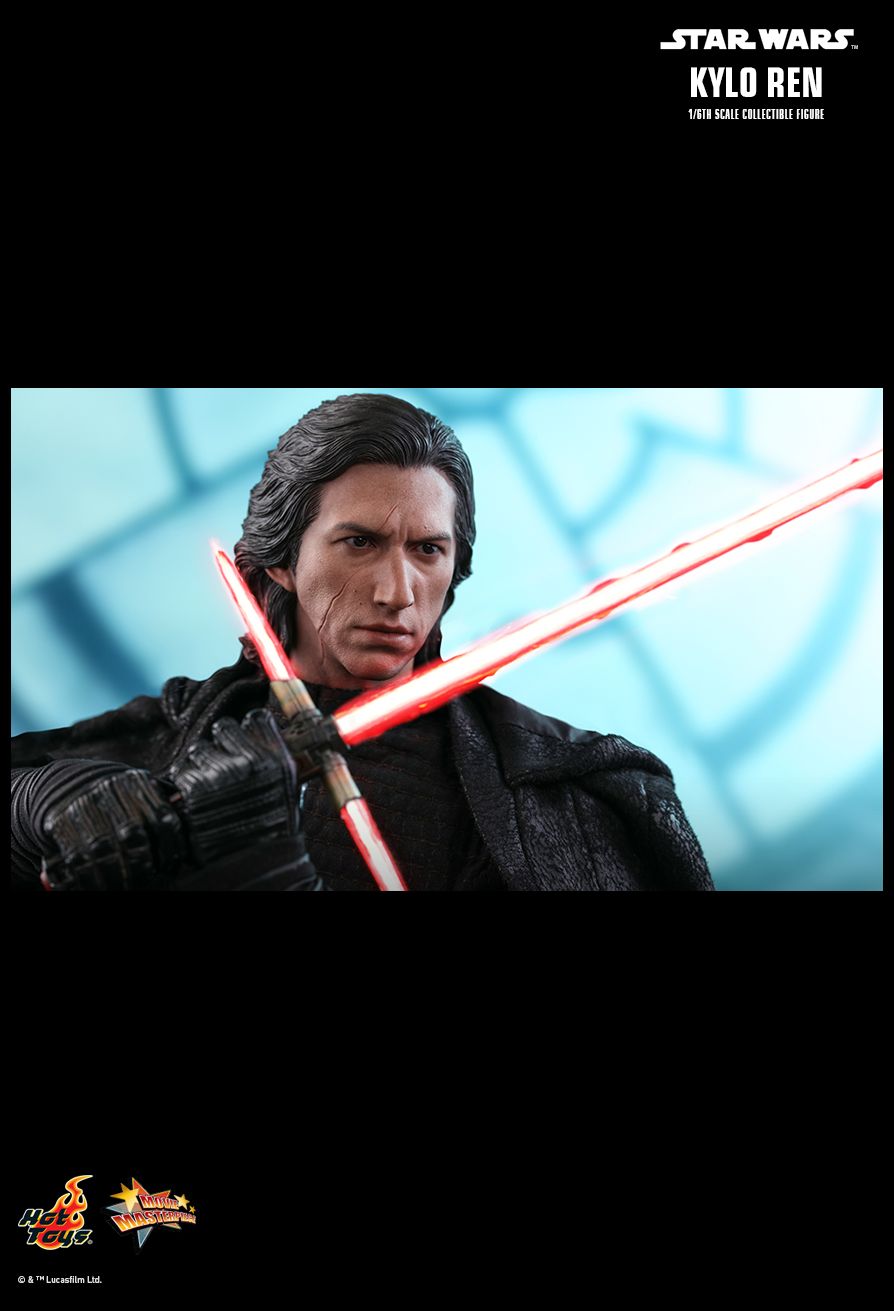 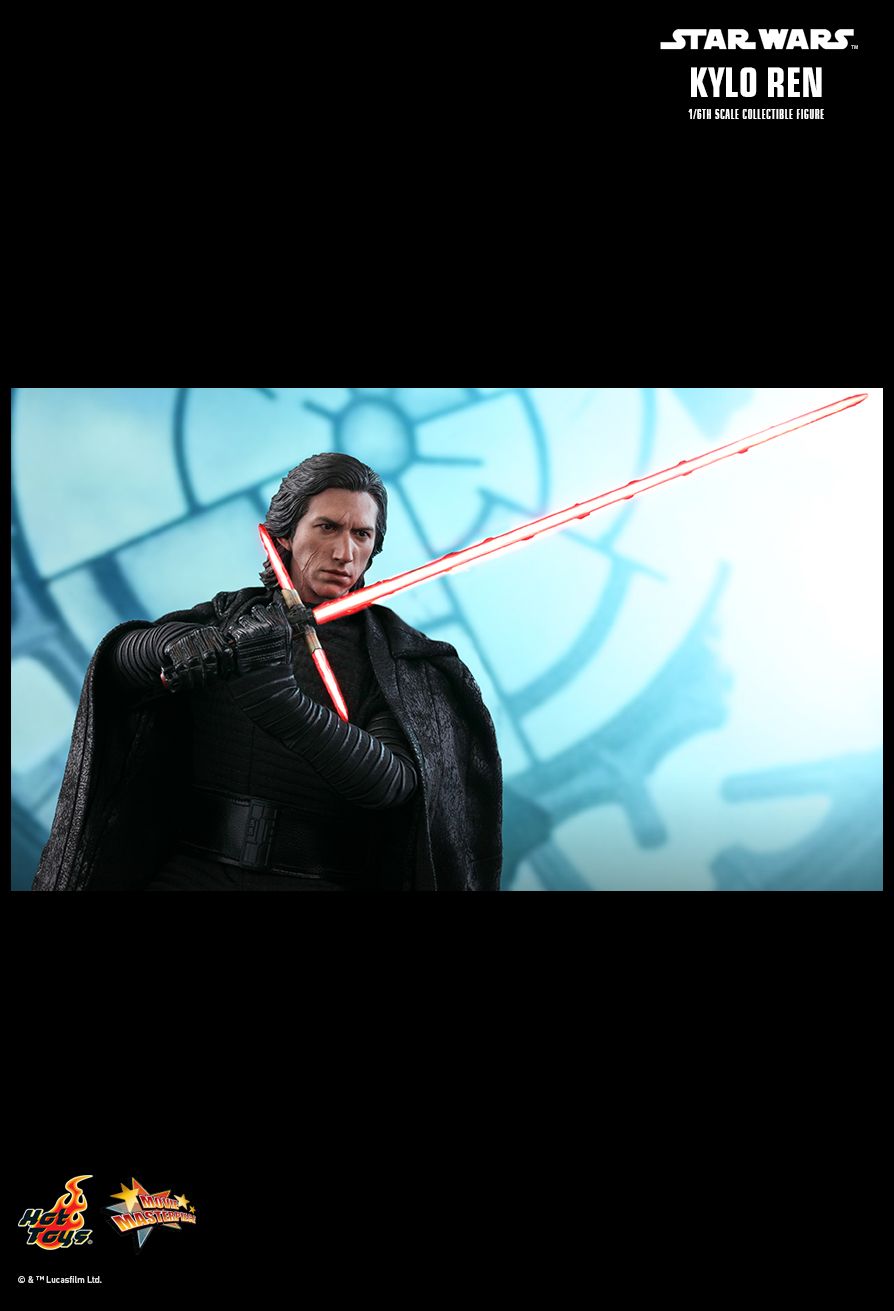 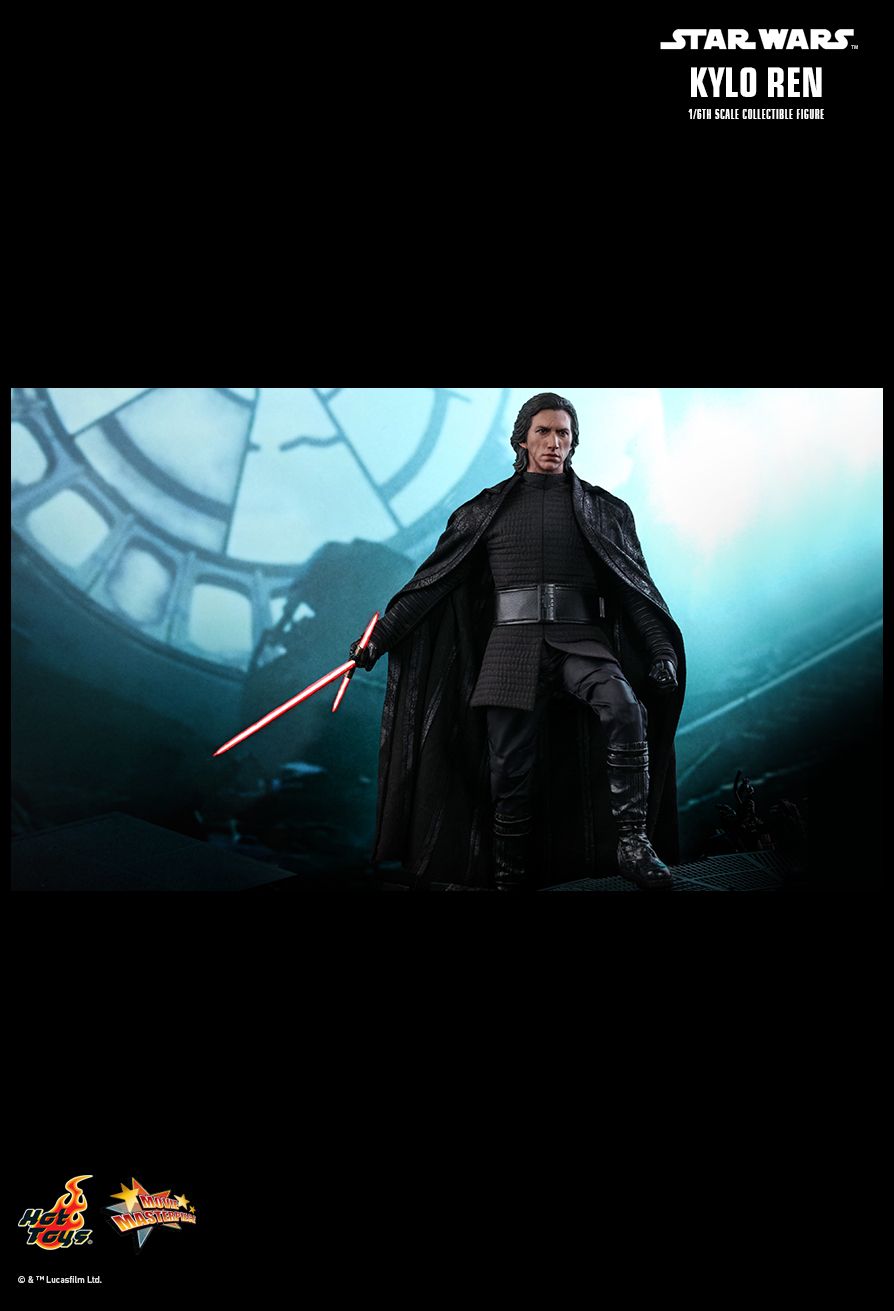 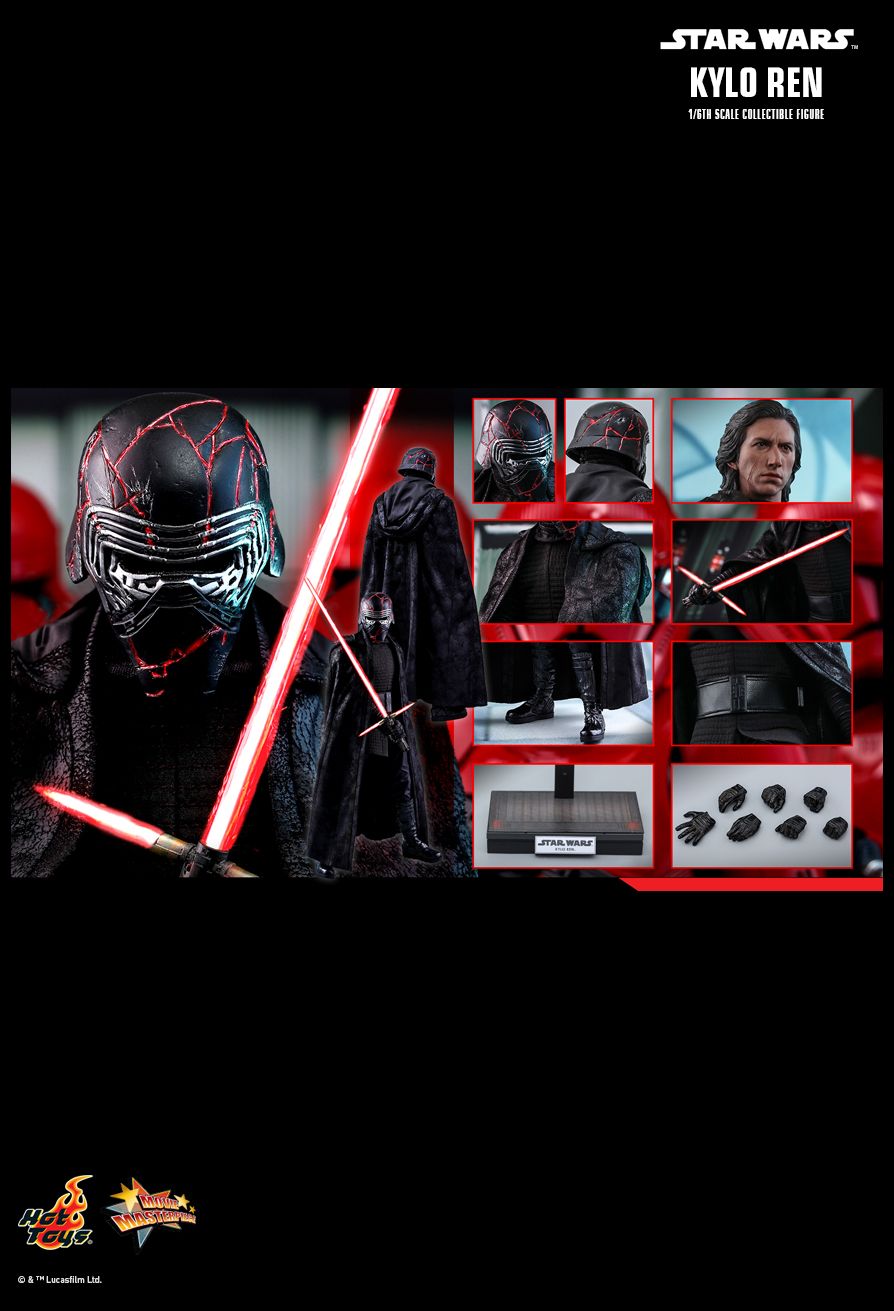 Founding Father
Posts : 7223
Join date : 2018-03-29
Location : Somewhere between myth and reality.
Pretty cool figure, certainly a more interesting look than the previous one, although I've personally lost any interest in the continuation of this part of the franchise, not to mention the character or the actor.
_________________
I'll be back!

Founding Father
Posts : 7646
Join date : 2018-03-29
Location : Island of Misfit Toys
I've never liked the casting even from the first sequel movie with this character. But, to say this bears little resemblance to Adam Driver is an understatement.

My biggest gripe from day one with this casting choice is:

How does This + This = This dorky, horse-faced mook

I could see if his parents were this... maybe: 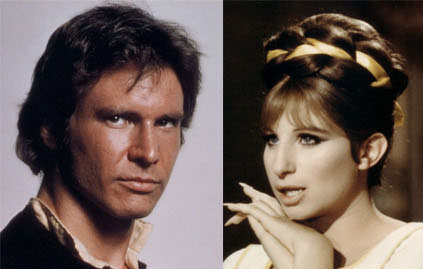 But then how do they get this from this: 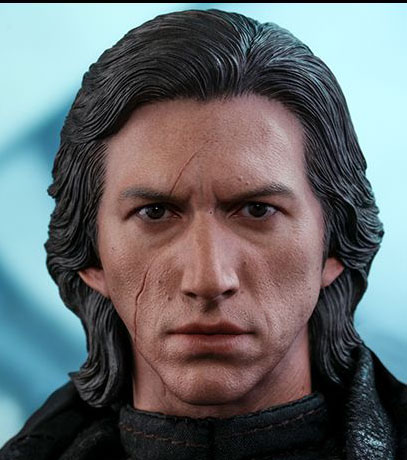 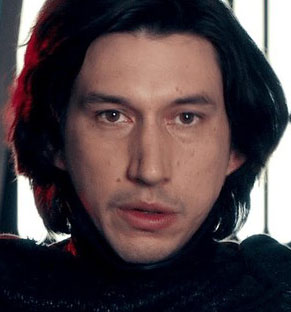 According to this new sculpt, his parents would probably be this: 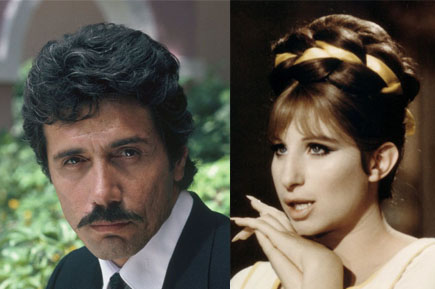 Founding Father
Posts : 7223
Join date : 2018-03-29
Location : Somewhere between myth and reality.
LOL. Come on now, the poor guy. But they did him the backhanded compliment of considering him just right for someone twisted by darkness. He was well cast for Girls, which in itself is not a compliment. But yes, the HT treatment is off, although it does convey recognition somehow.
_________________
I'll be back!

Founding Father
Posts : 1738
Join date : 2018-03-29
Location : East Anglia, UK
HT have lost it, they're just squeezing the last drops they can out of this license and saving all the talent for Marvel and DC as they know there's a good few more years in them.

The latter Star Wars movies will never be as fondly remembered as the first 3. Time to make like Elsa and let it go.

I do like the detail on the cheeks and around the laugh lines.