Returning to the enclave on a volcanic world with a camtono of Imperial beskar, the Mandalorian intending to create new armor from it was confronted by a group of other Mandalorians, including Heavy Infantry Mandalorian, who condemned the lone gunfighter for transacting with the Empire.

Following the official introduction of the first wave of Hot Toys’ The Mandalorian collectible figures featuring the title character and IG-11, we are excited to continue the unveil of astonishingly detailed collectibles based on the first-ever live action Star Wars series and officially introduce the new 1/6th scale collectible figure of this Heavy Infantry Mandalorian!

The highly-accurate collectible figure is specially crafted based on the image of Heavy Infantry Mandalorian. Highlighting the features are the newly designed helmet and armor pieces, meticulously tailored outfit, beautifully applied weathering effects, finely sculpted jetpack, highly detailed and articulated heavy blaster with ammo belt, a blade, and a desert-themed figure base.

Weapons:
- One (1) articulated heavy blaster with detachable strip
- One (1) blade 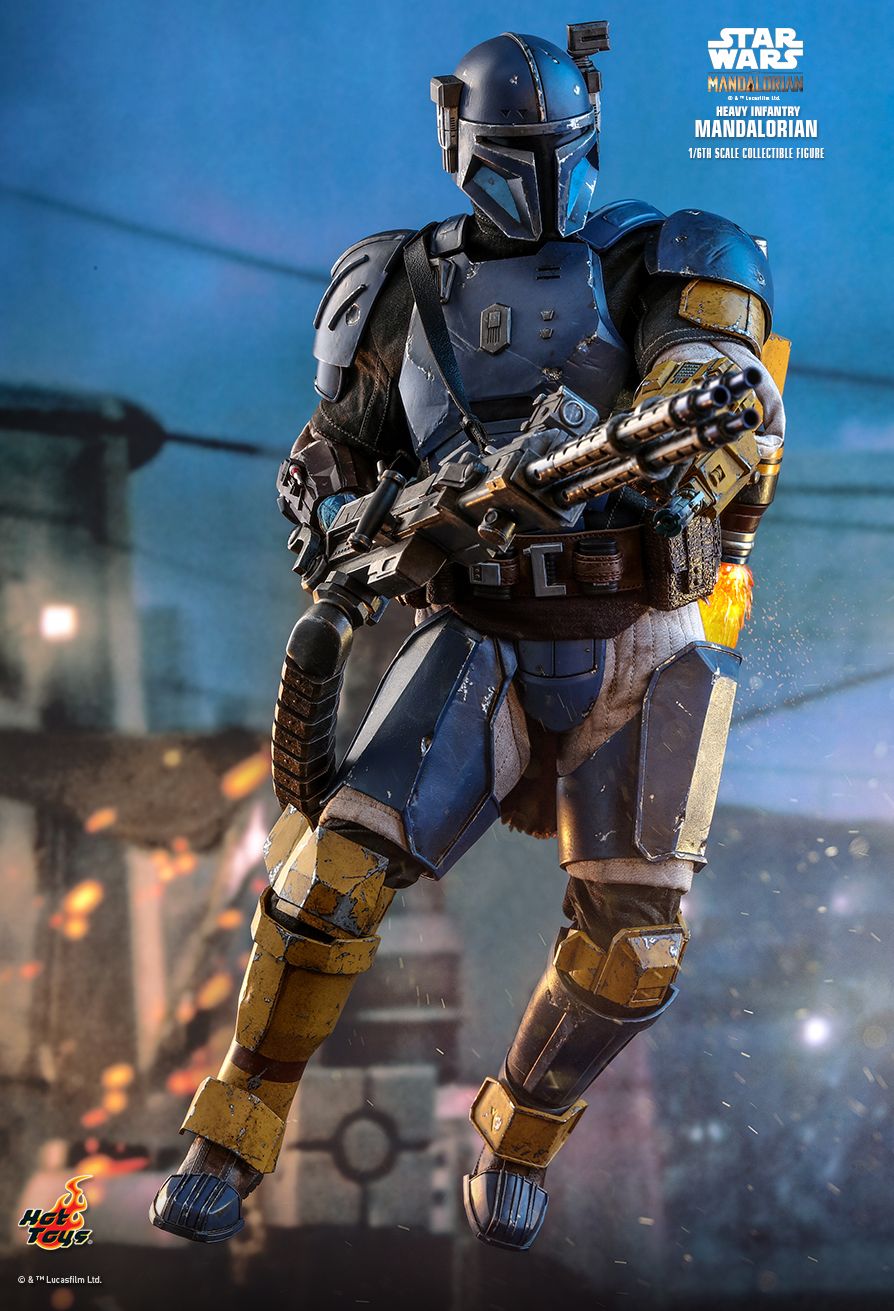 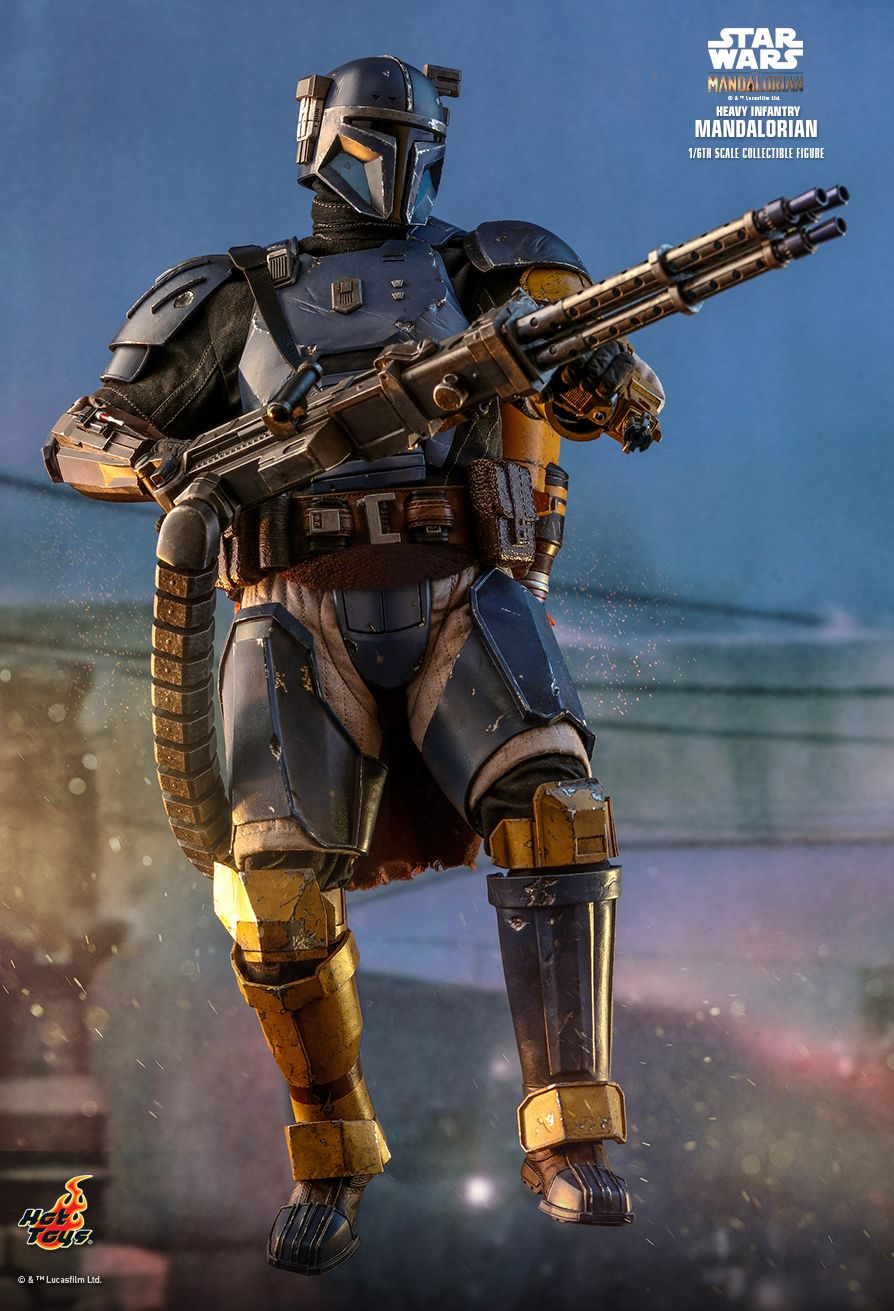 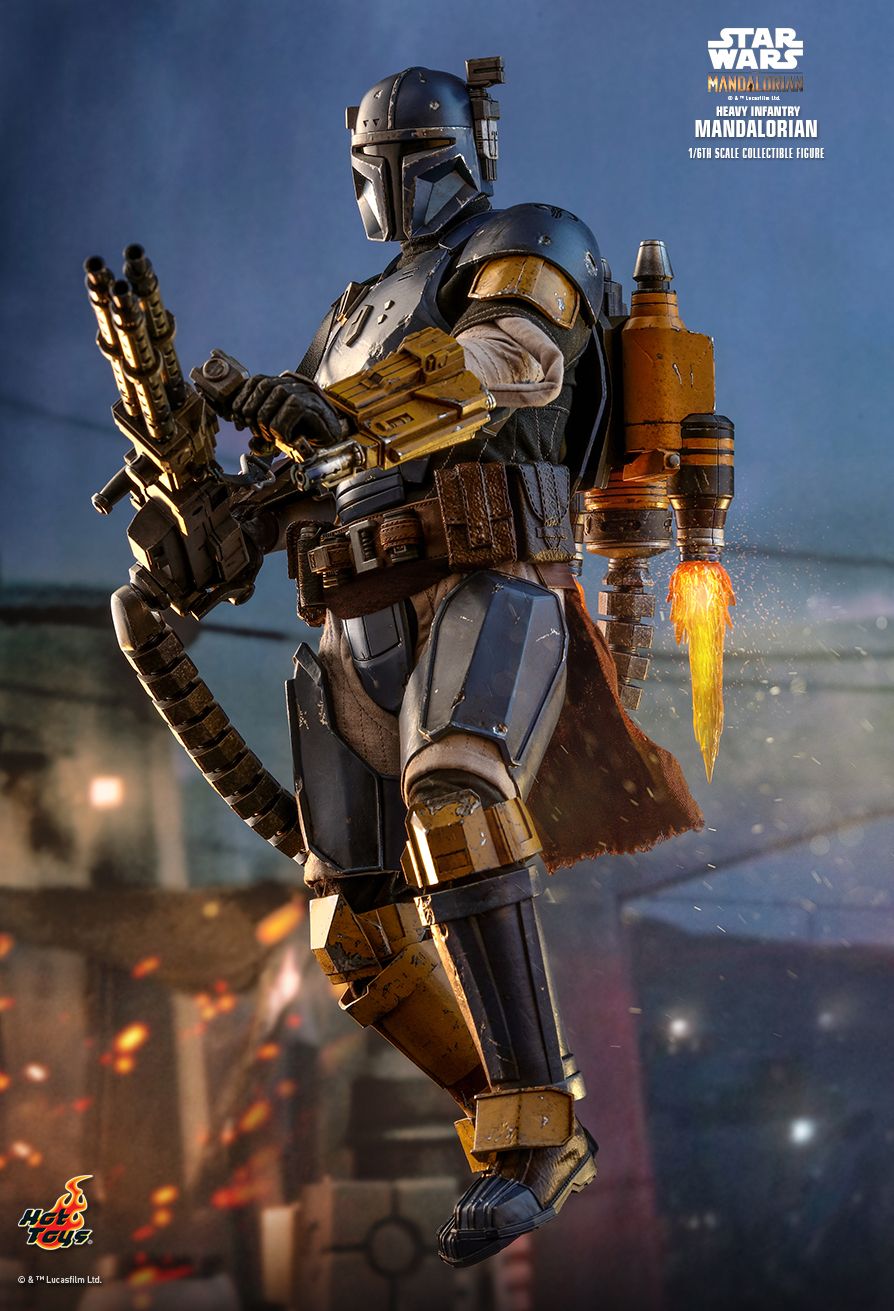 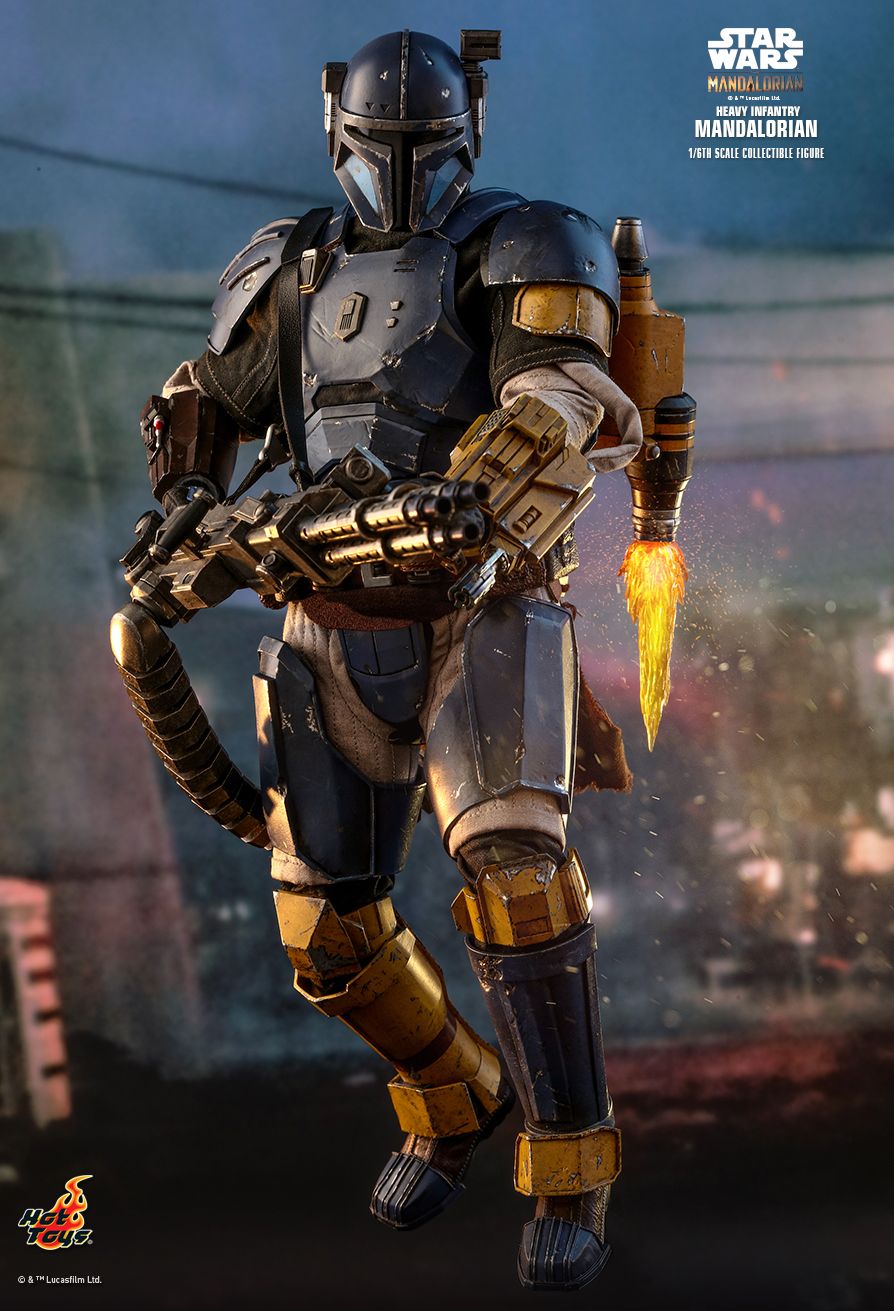 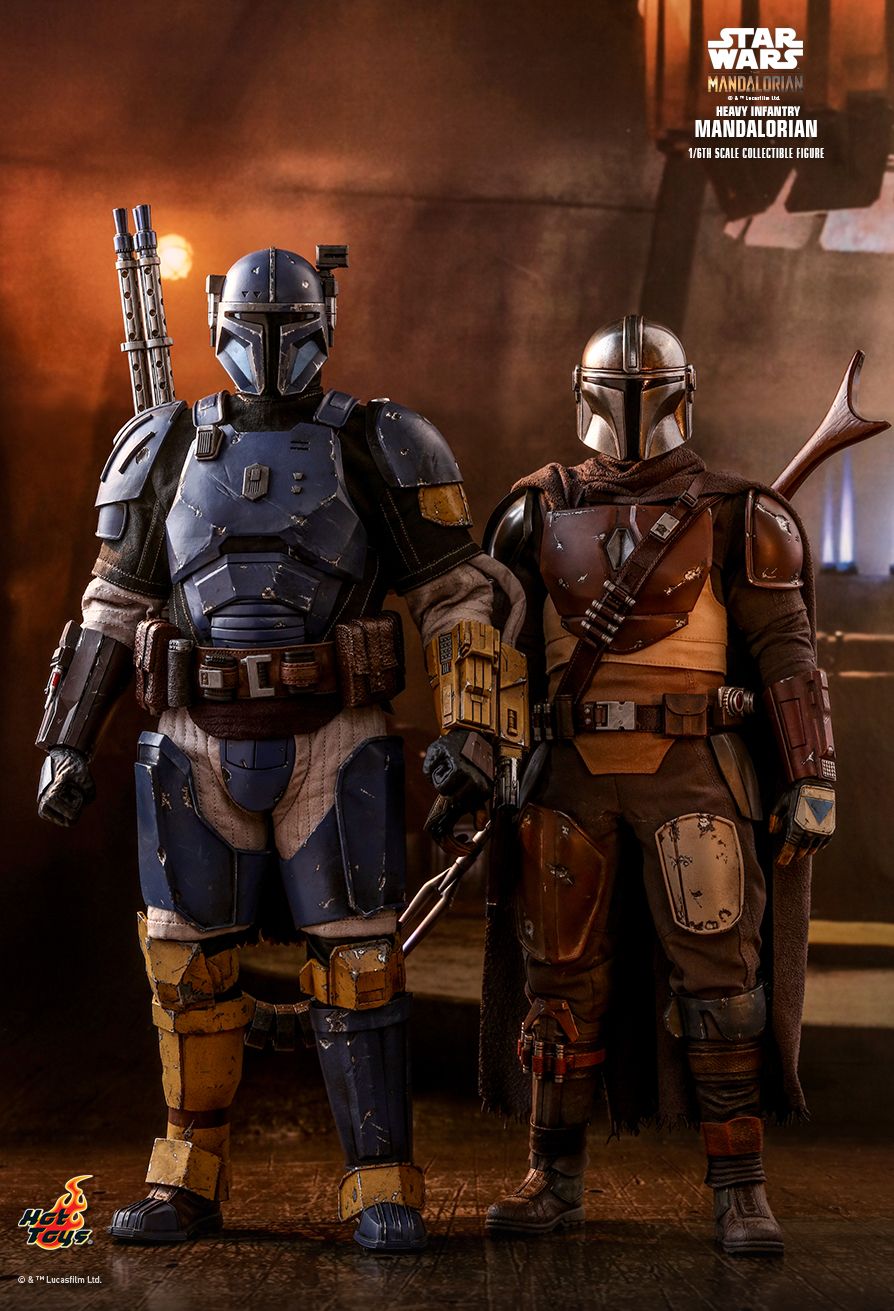 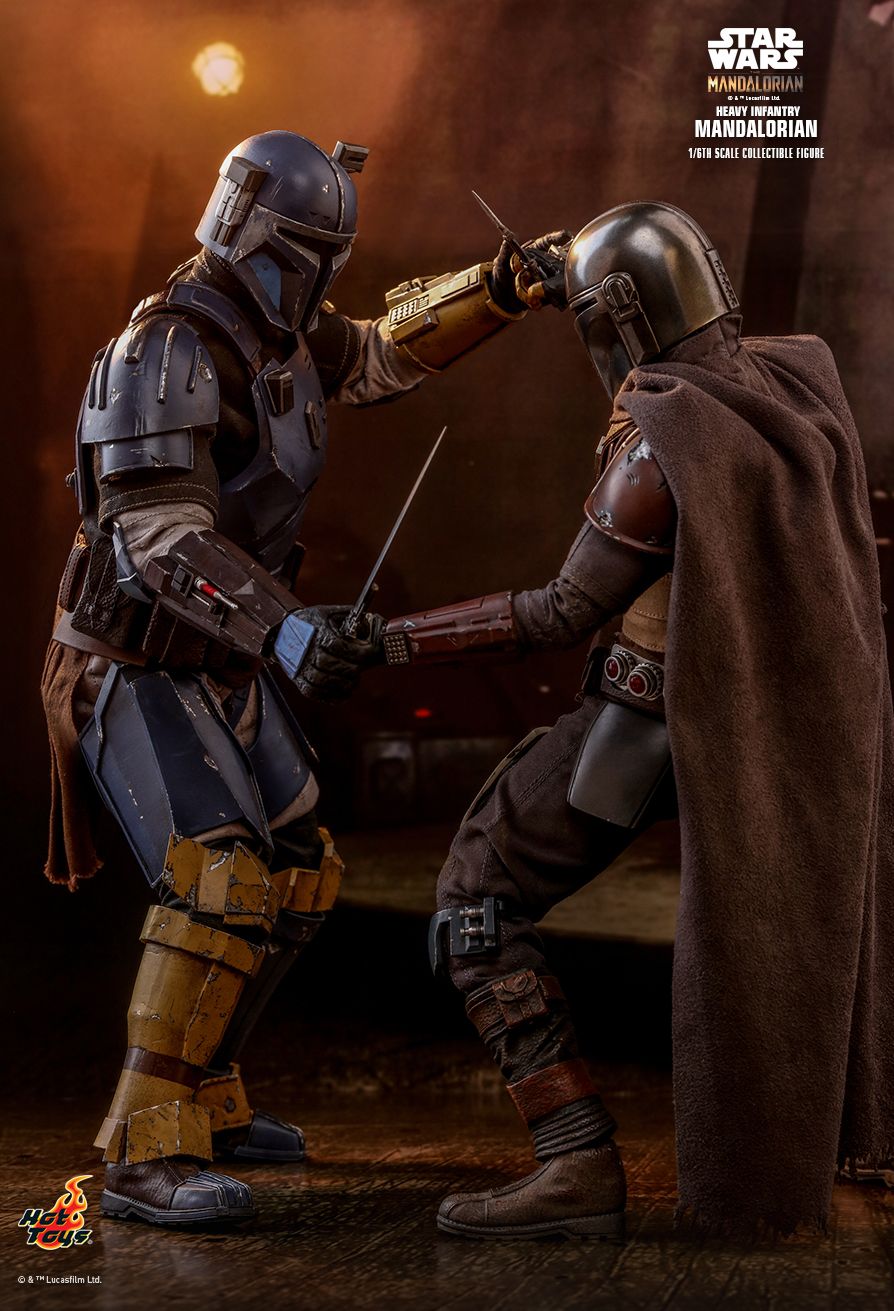 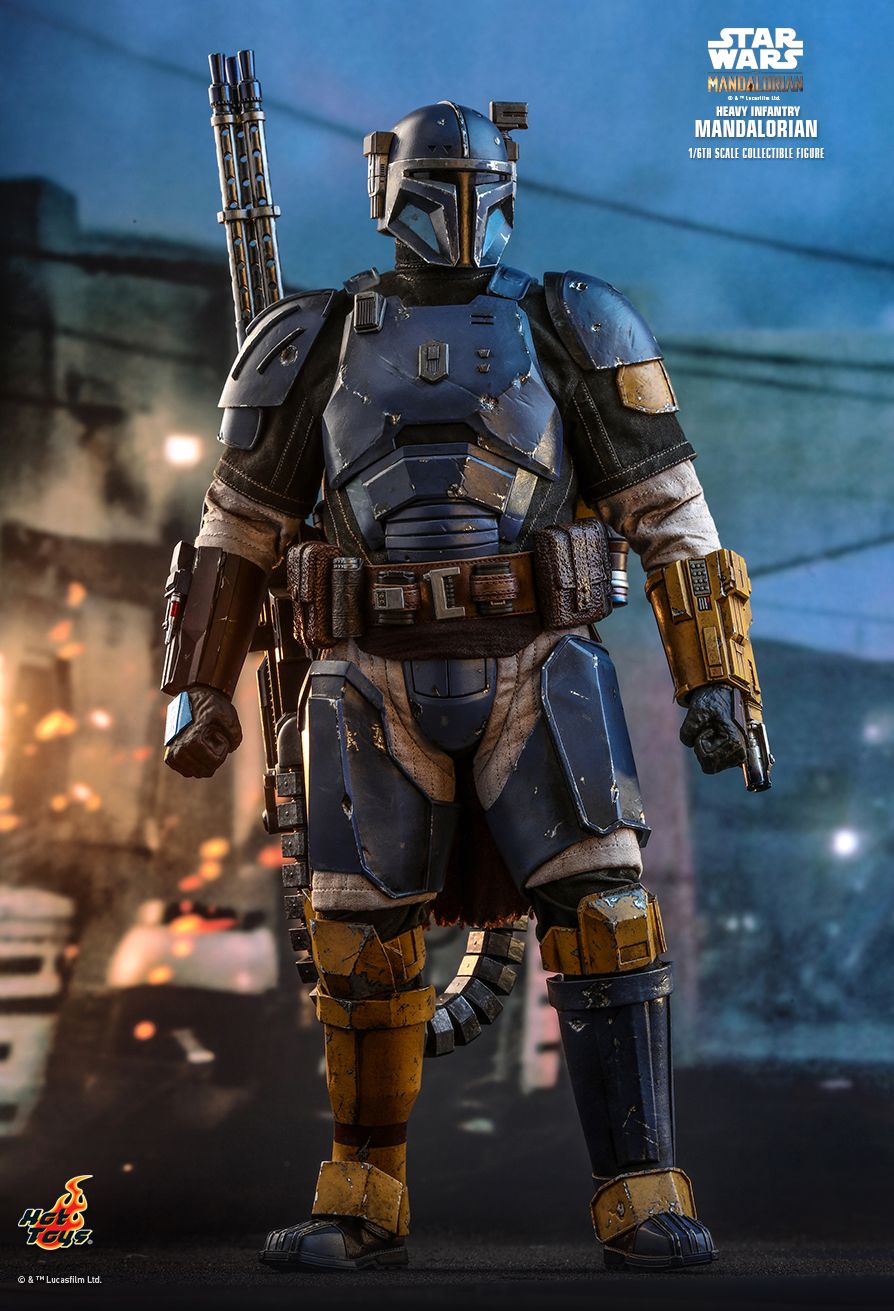 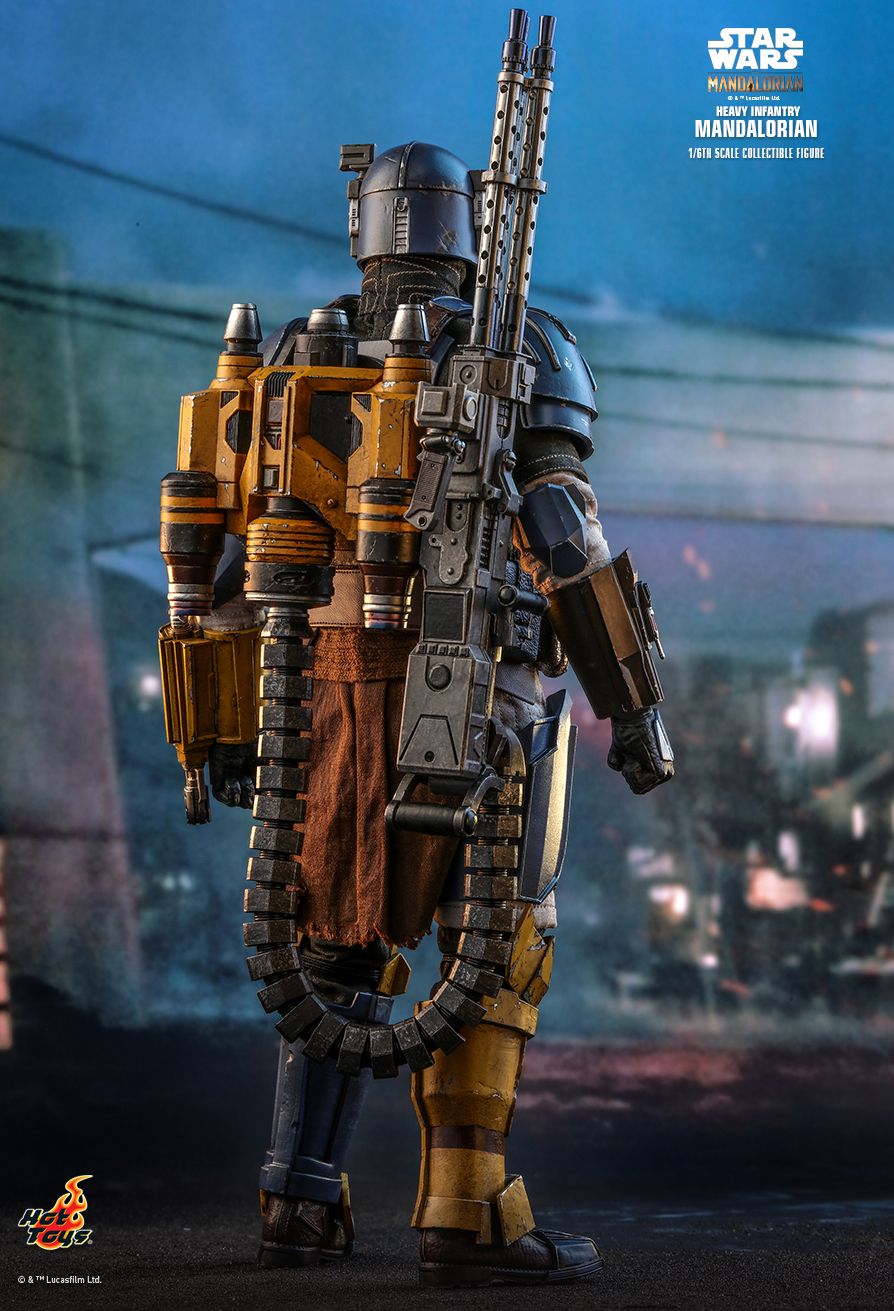 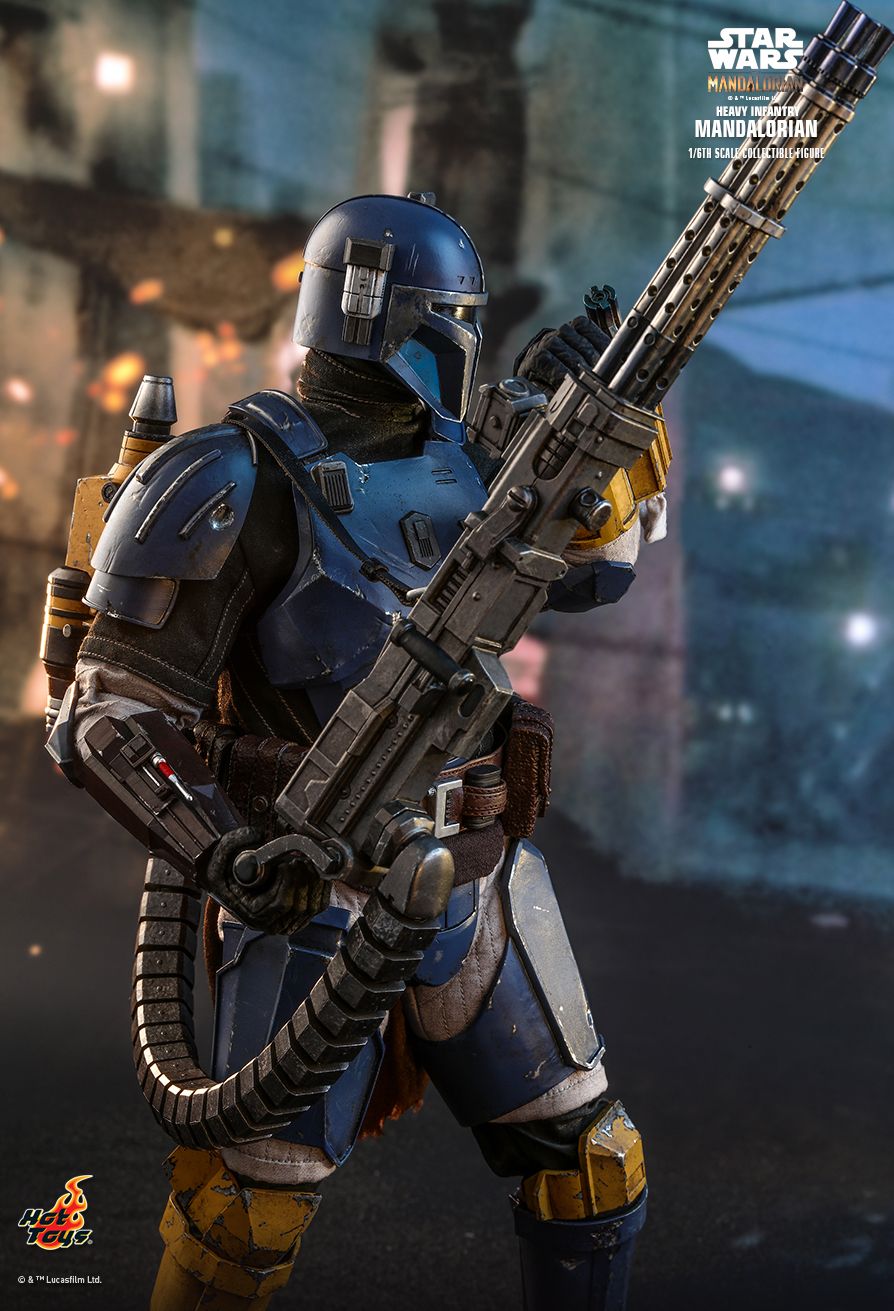 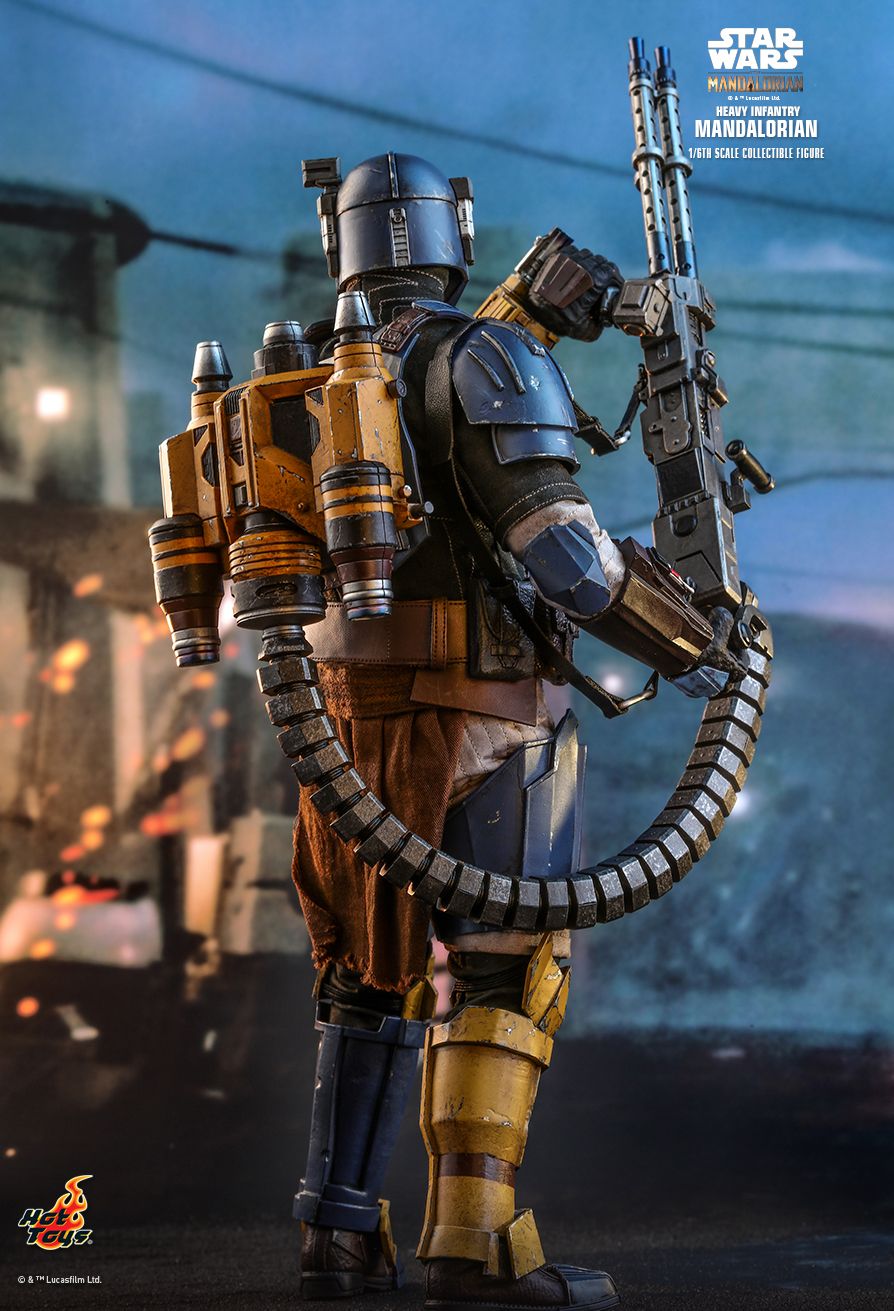 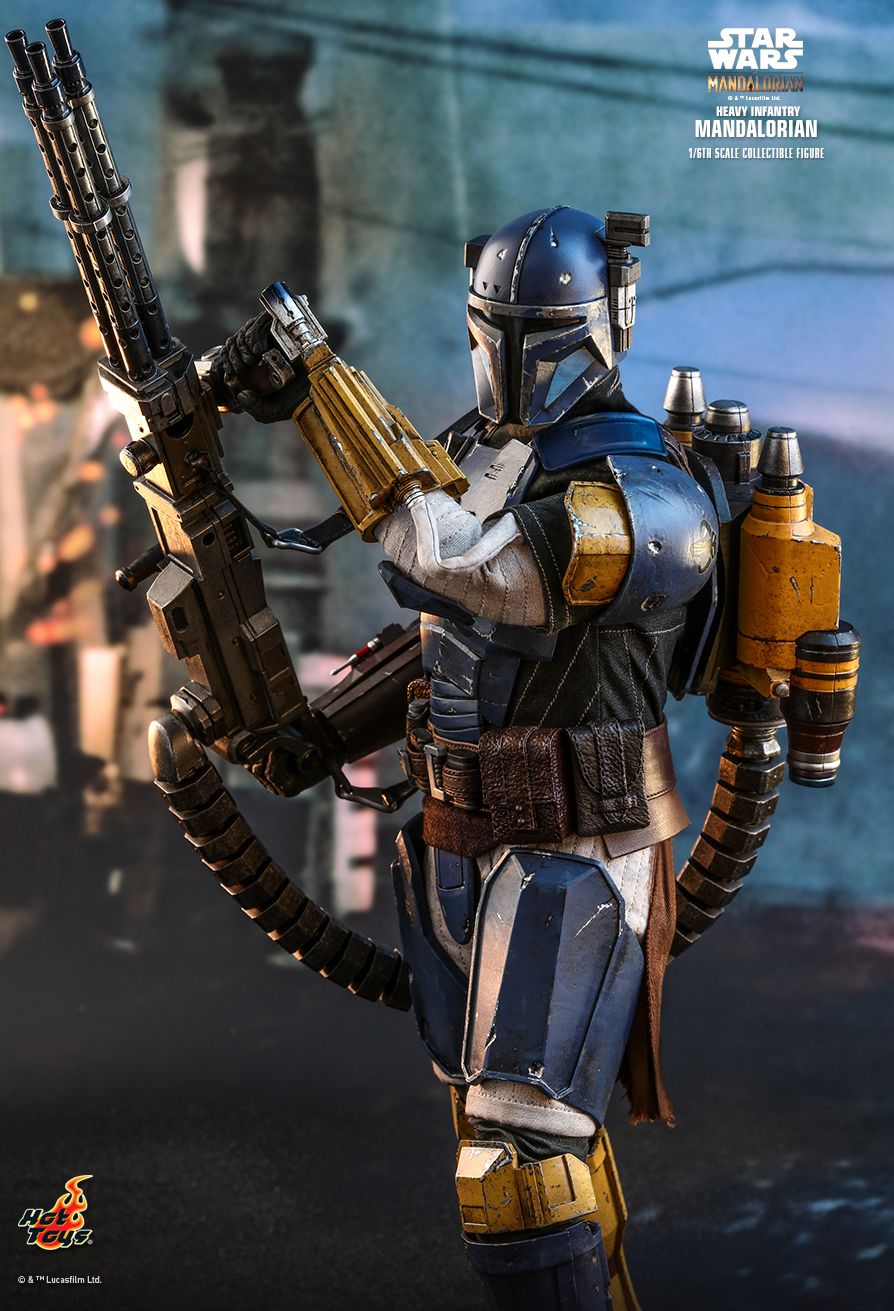 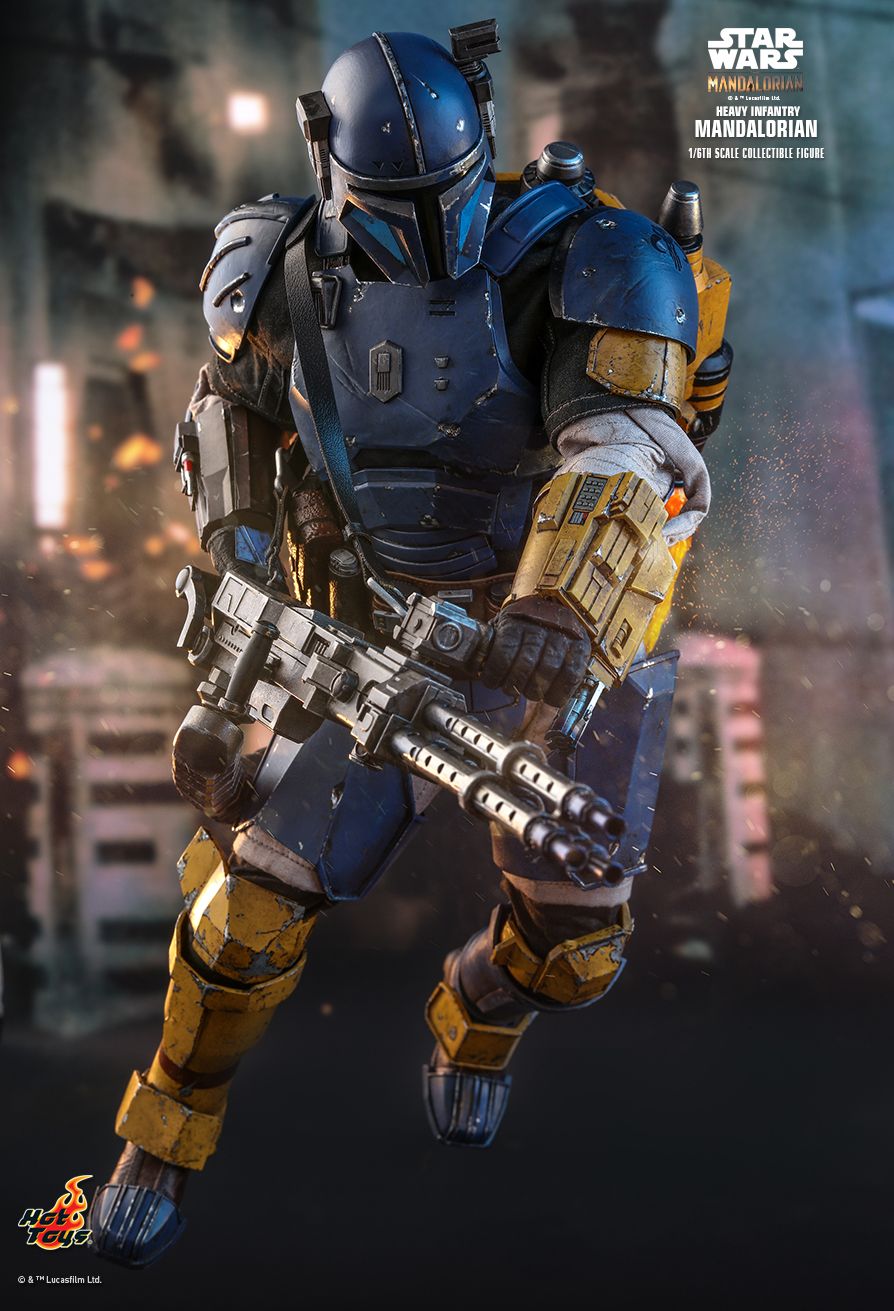 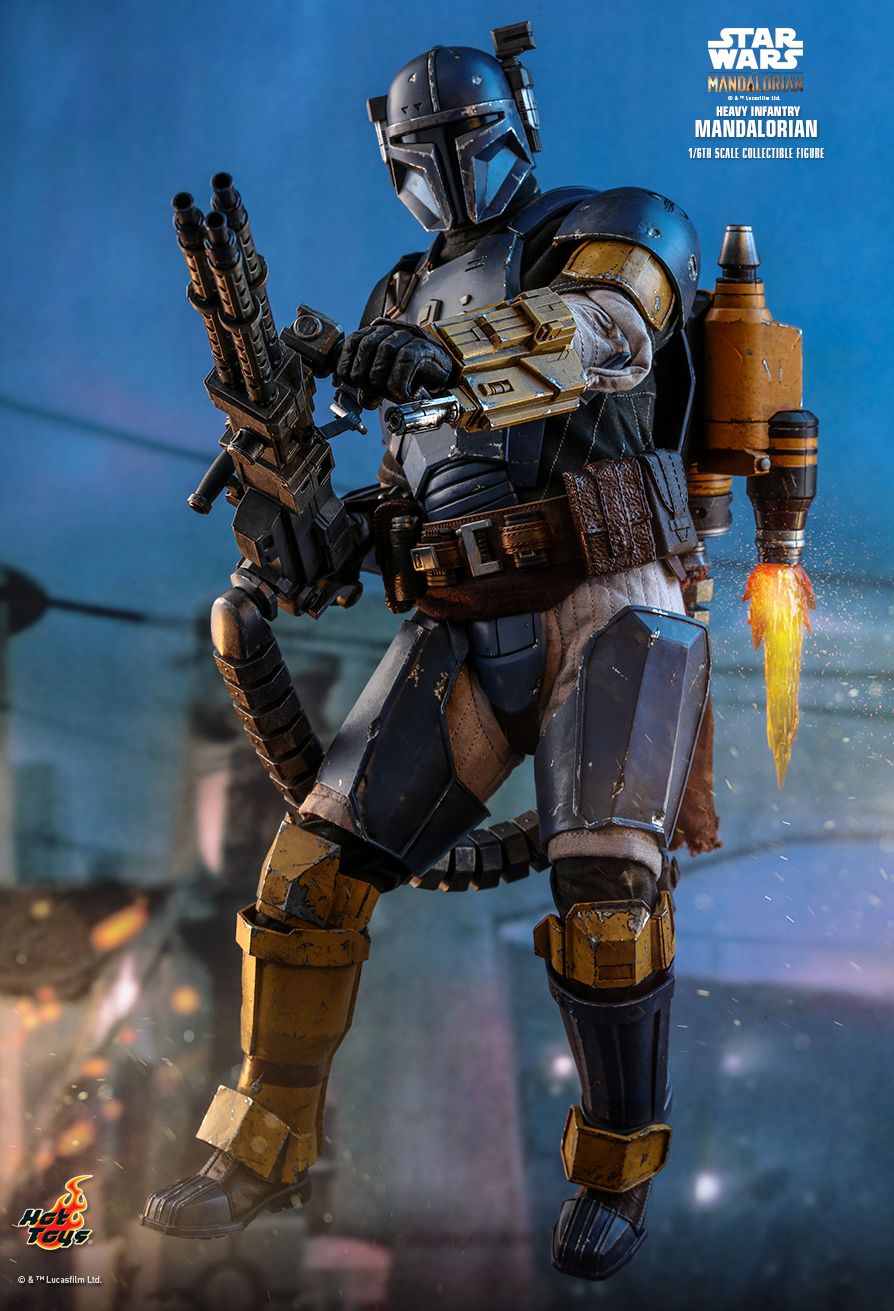 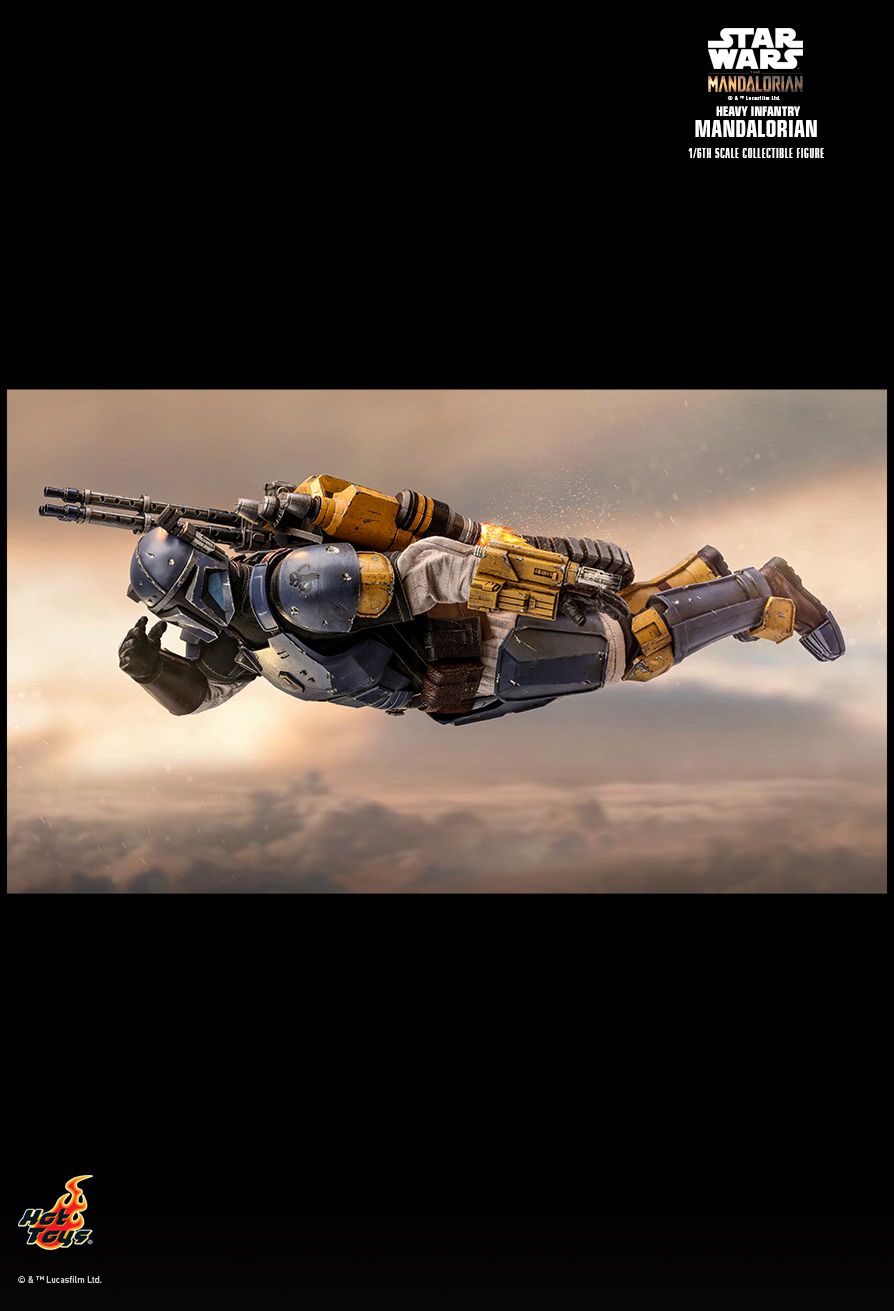 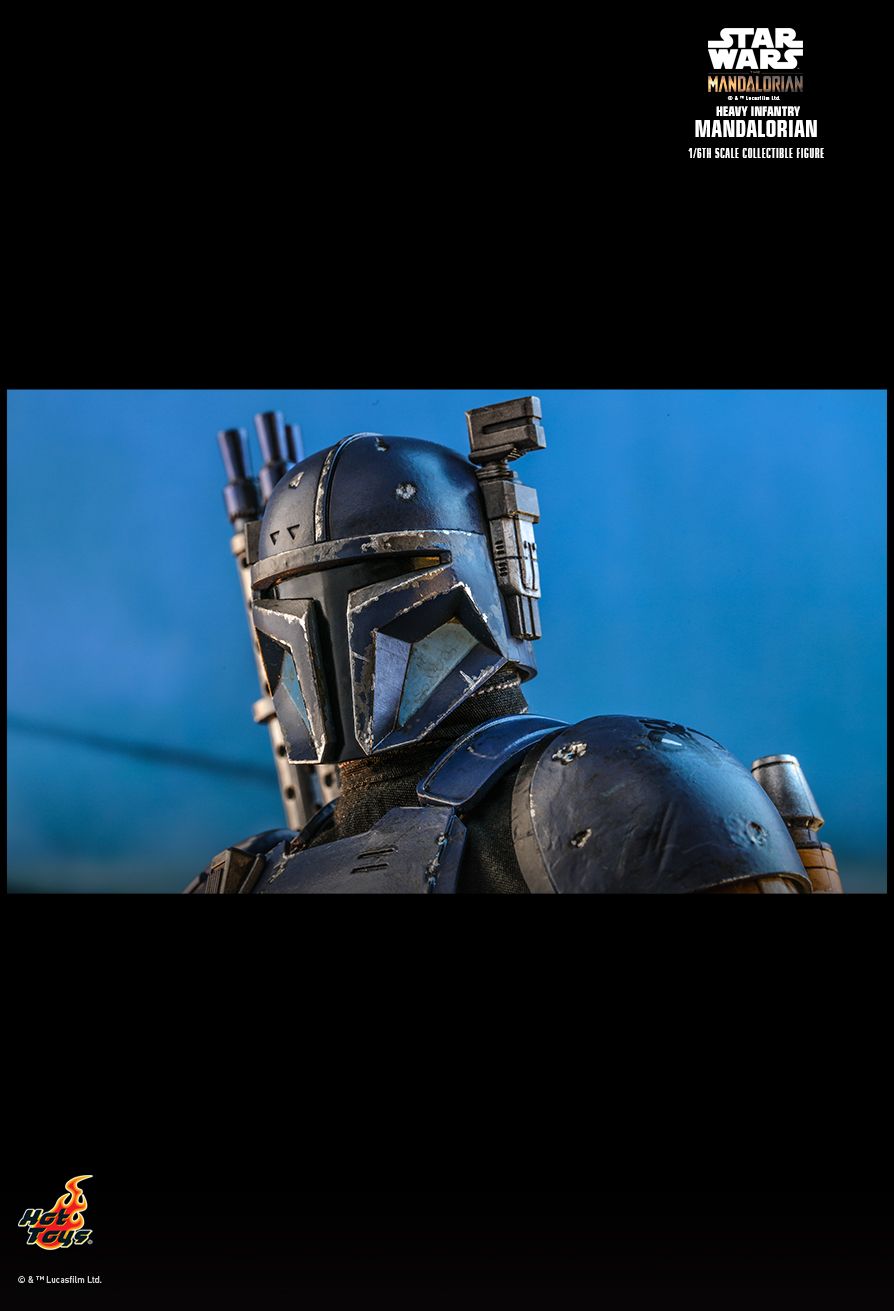 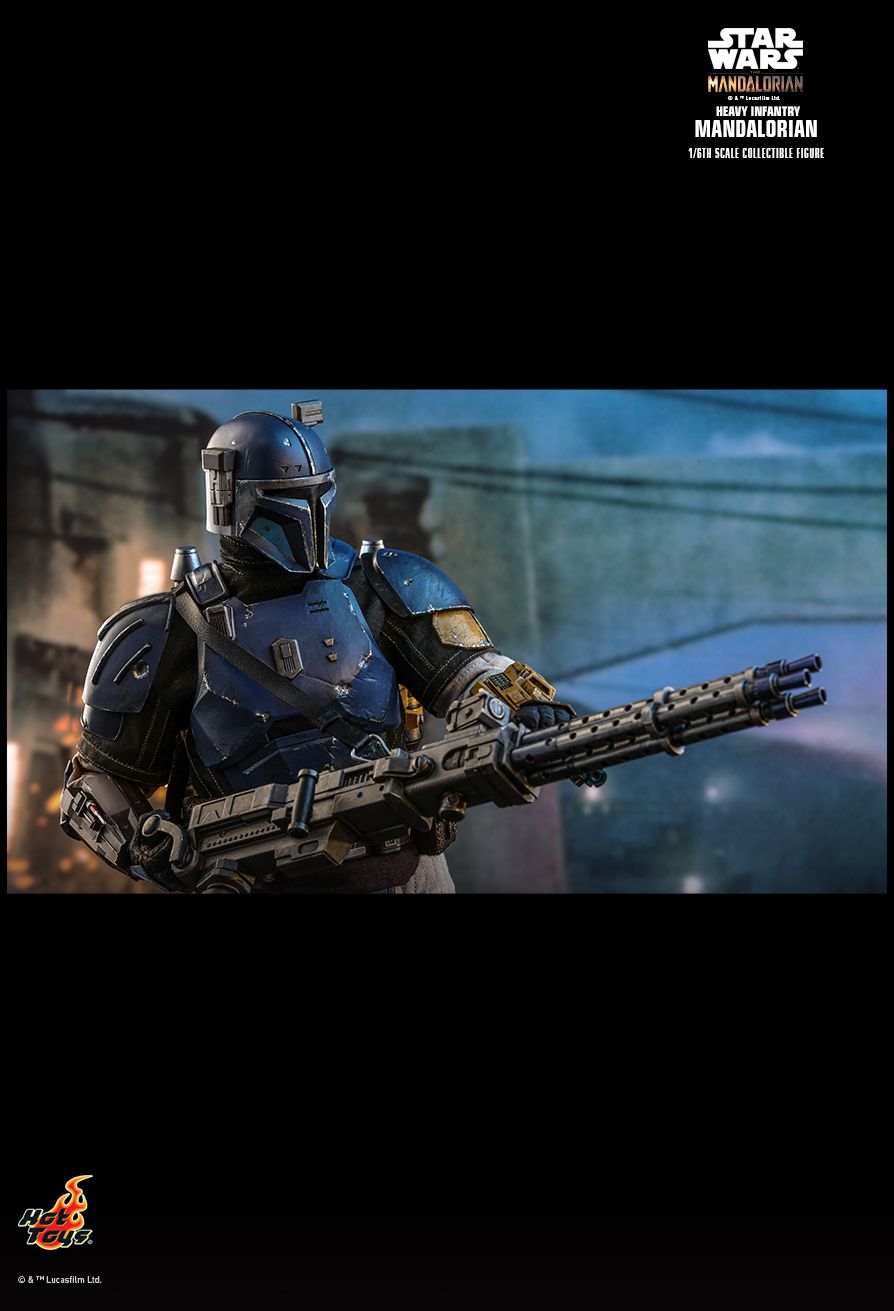 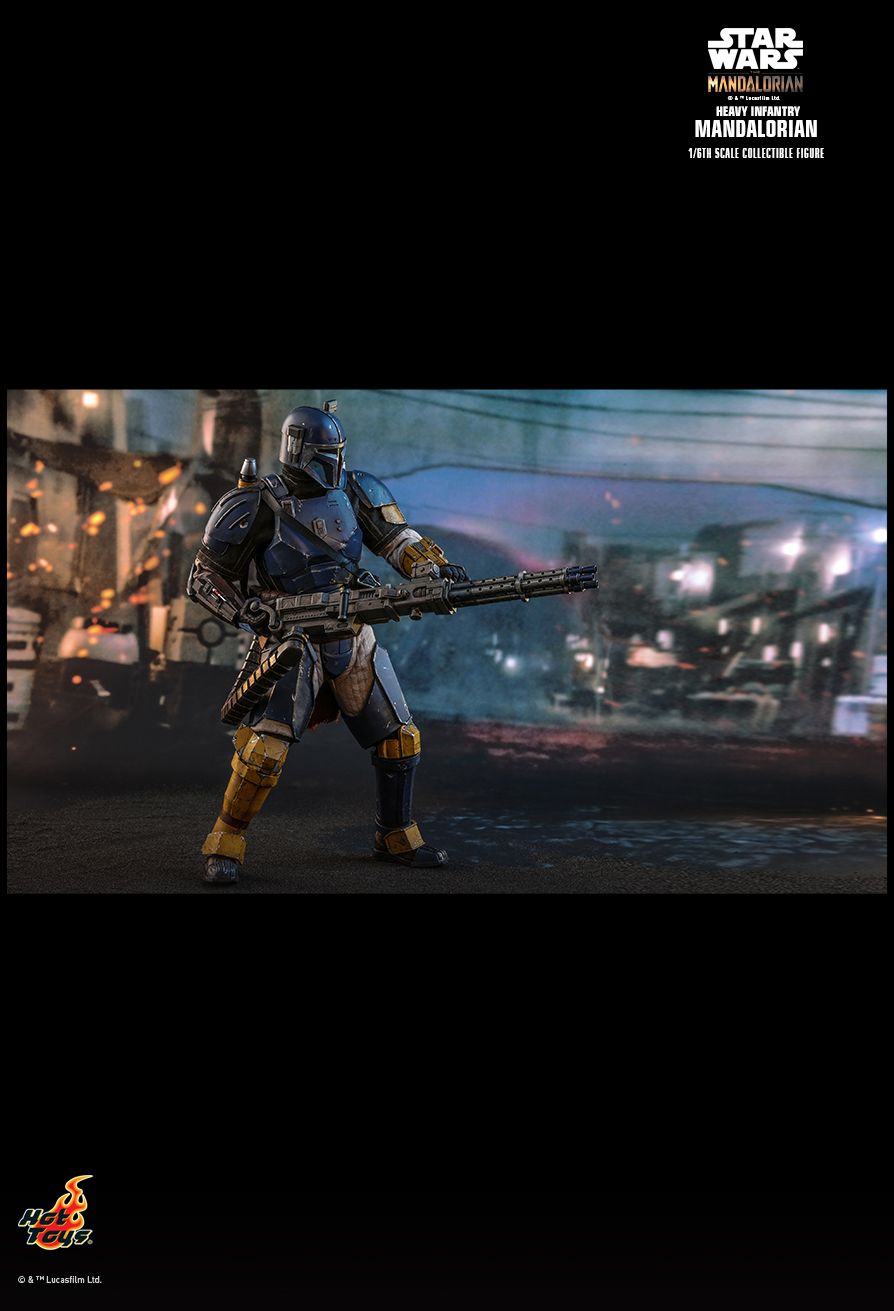 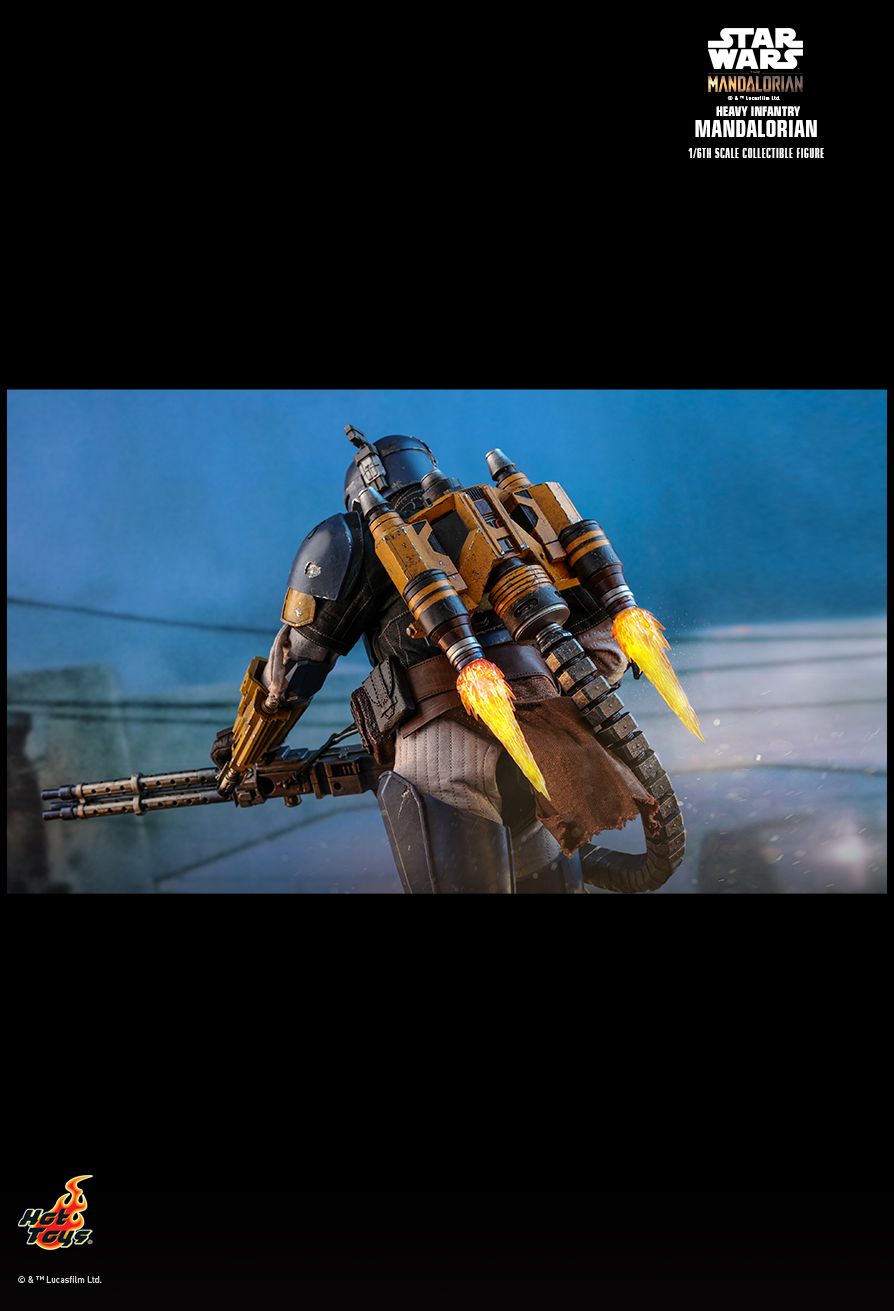 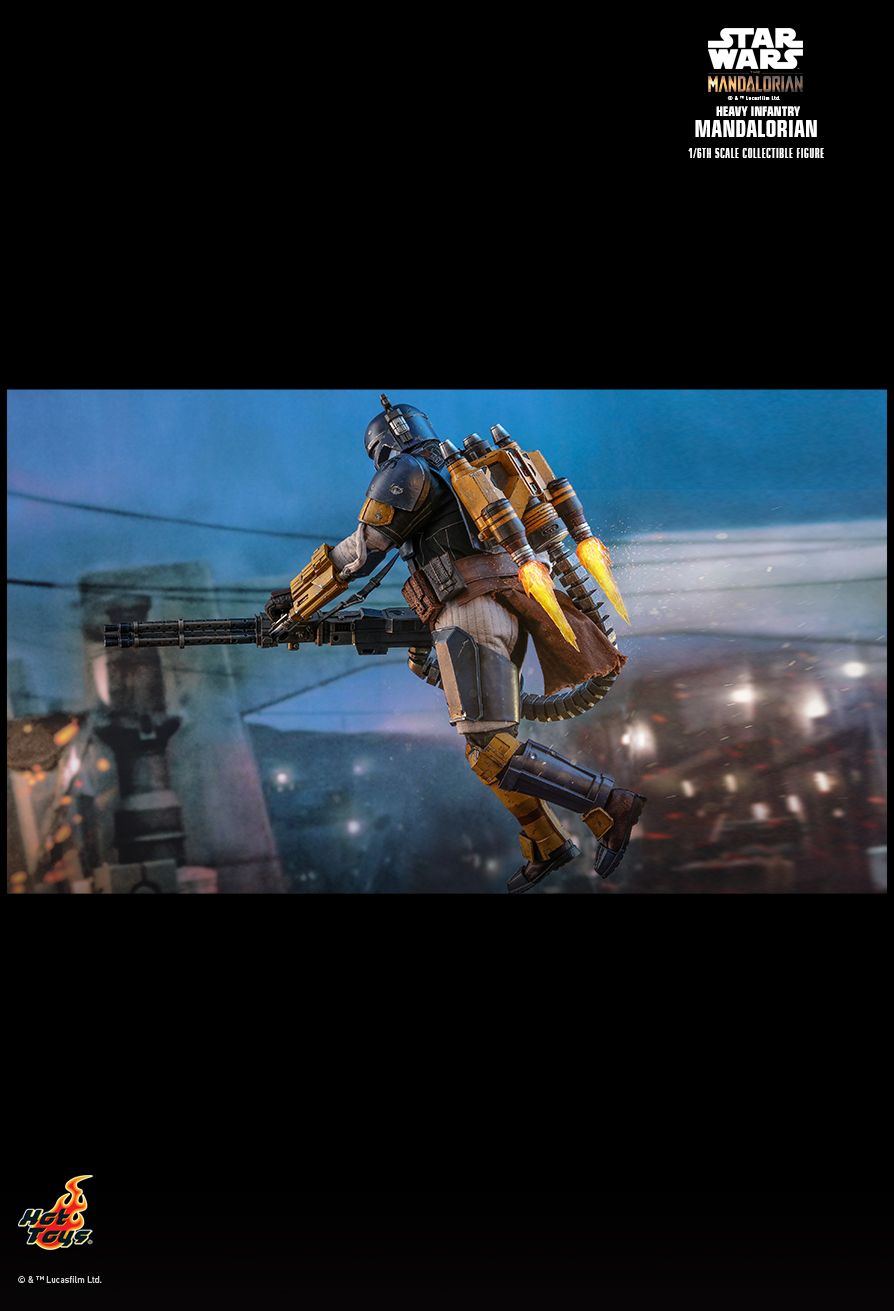 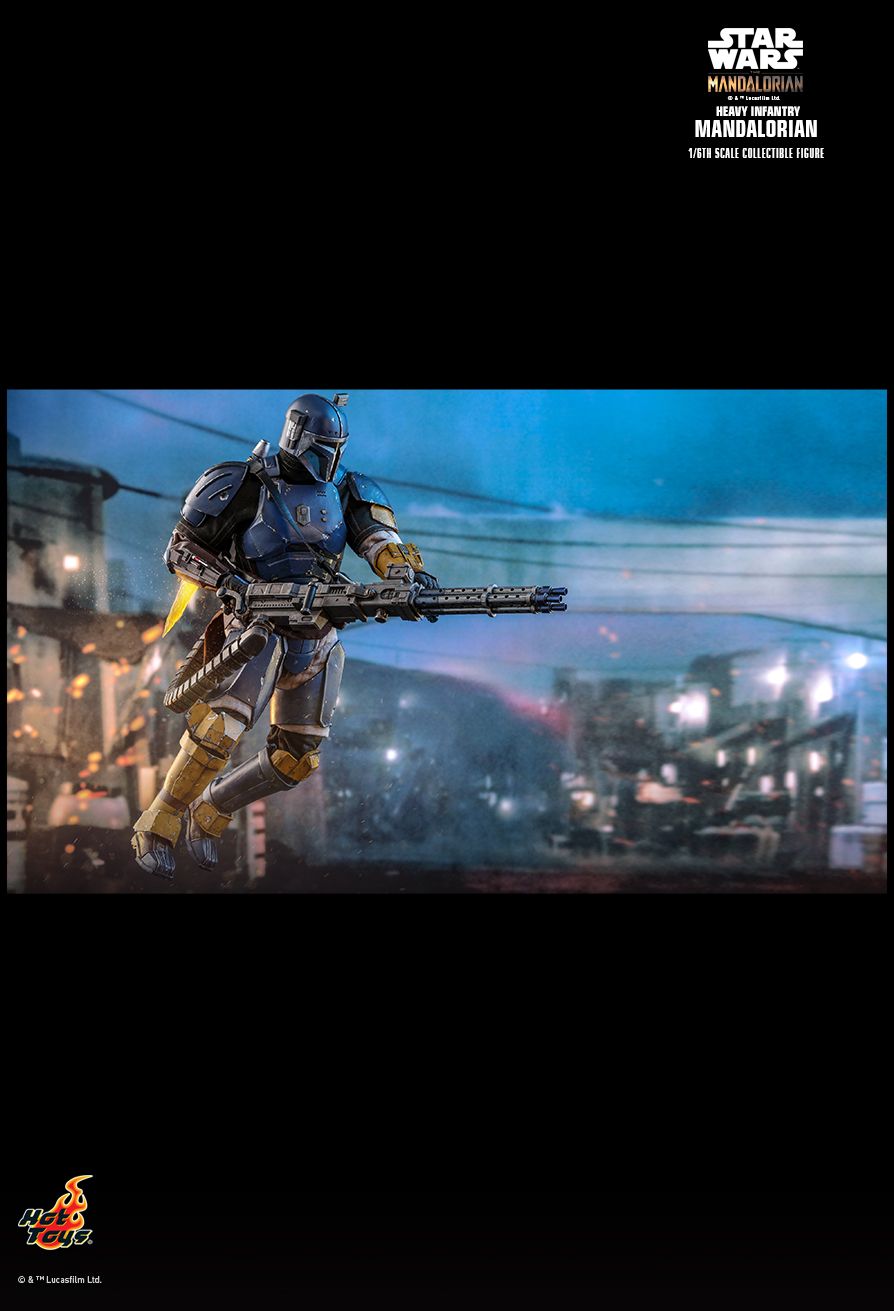 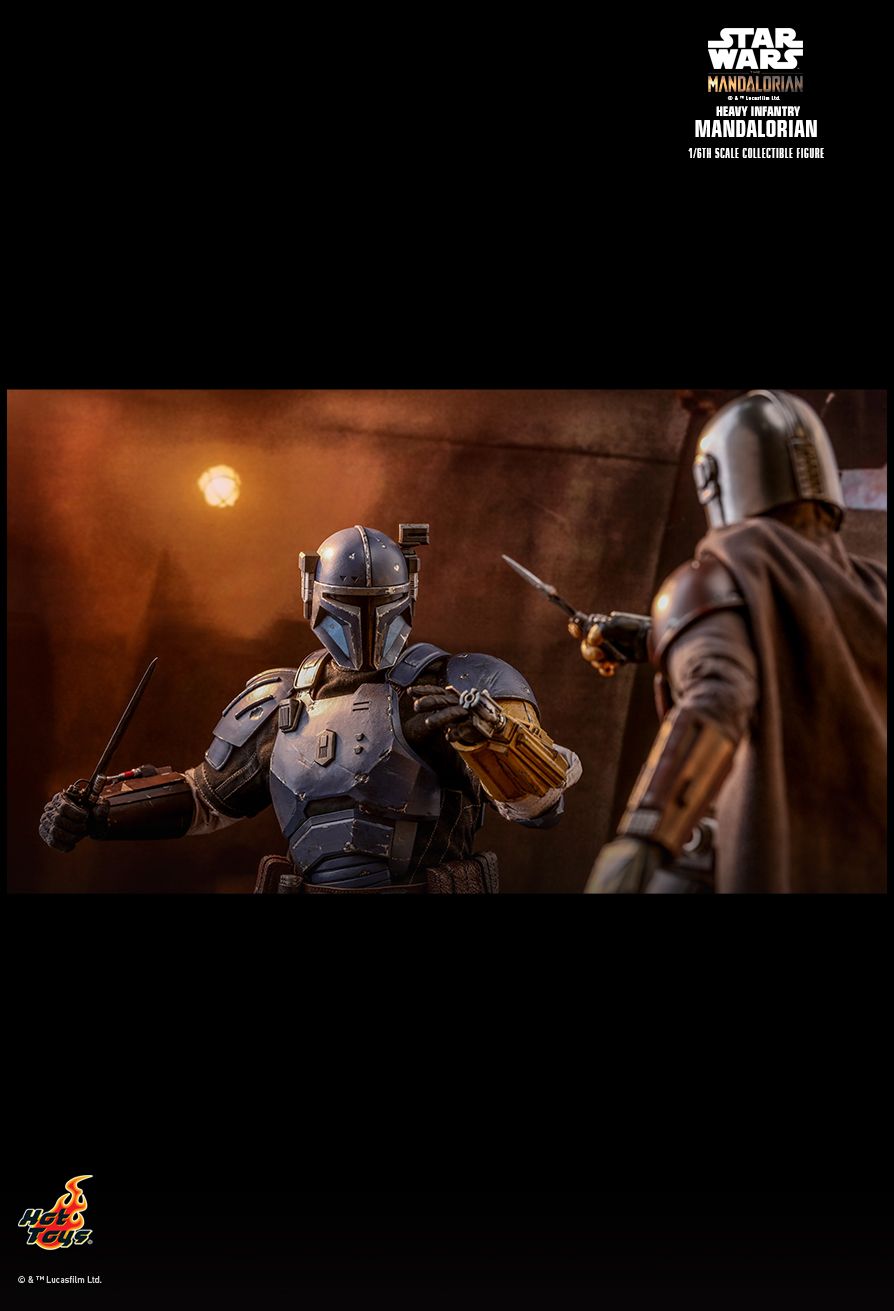 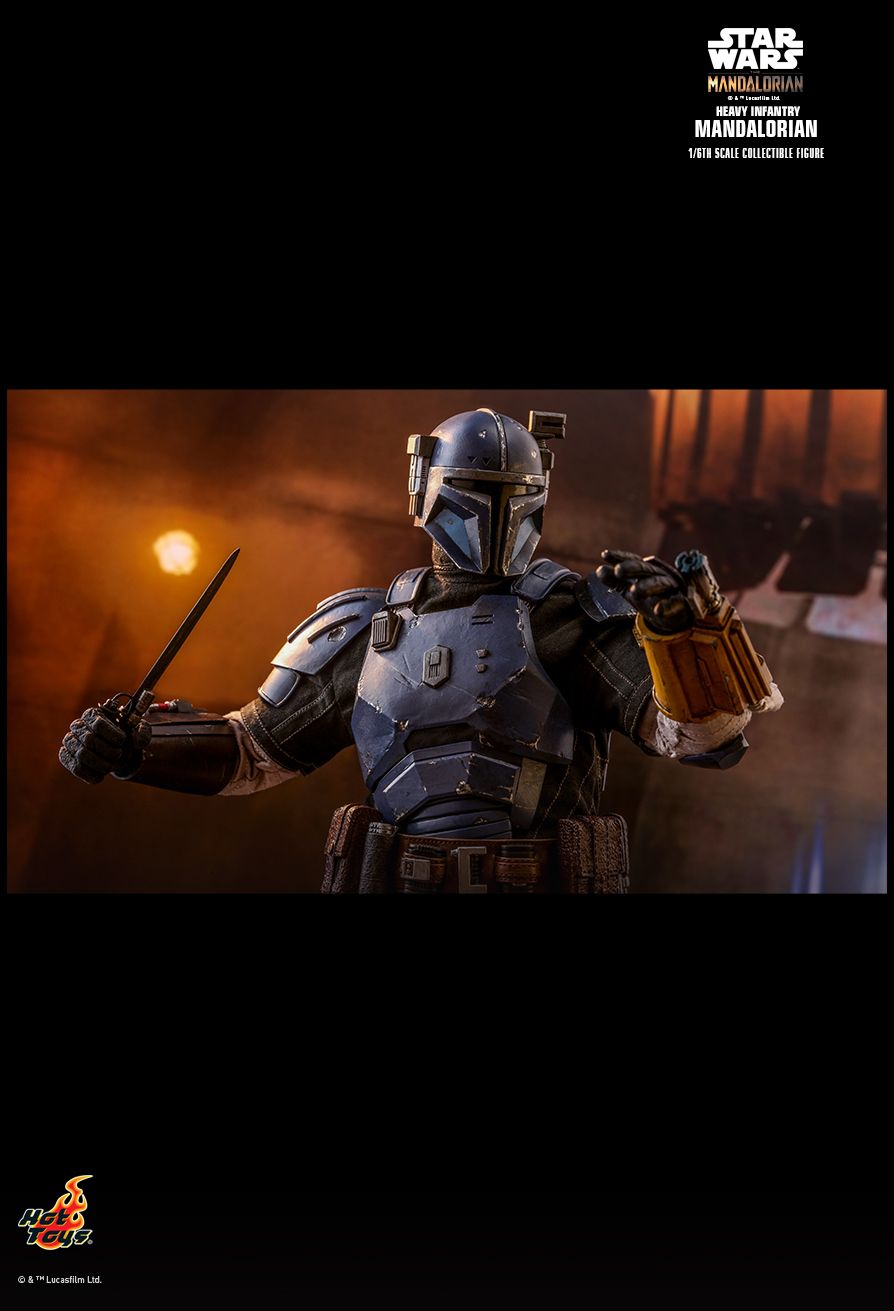 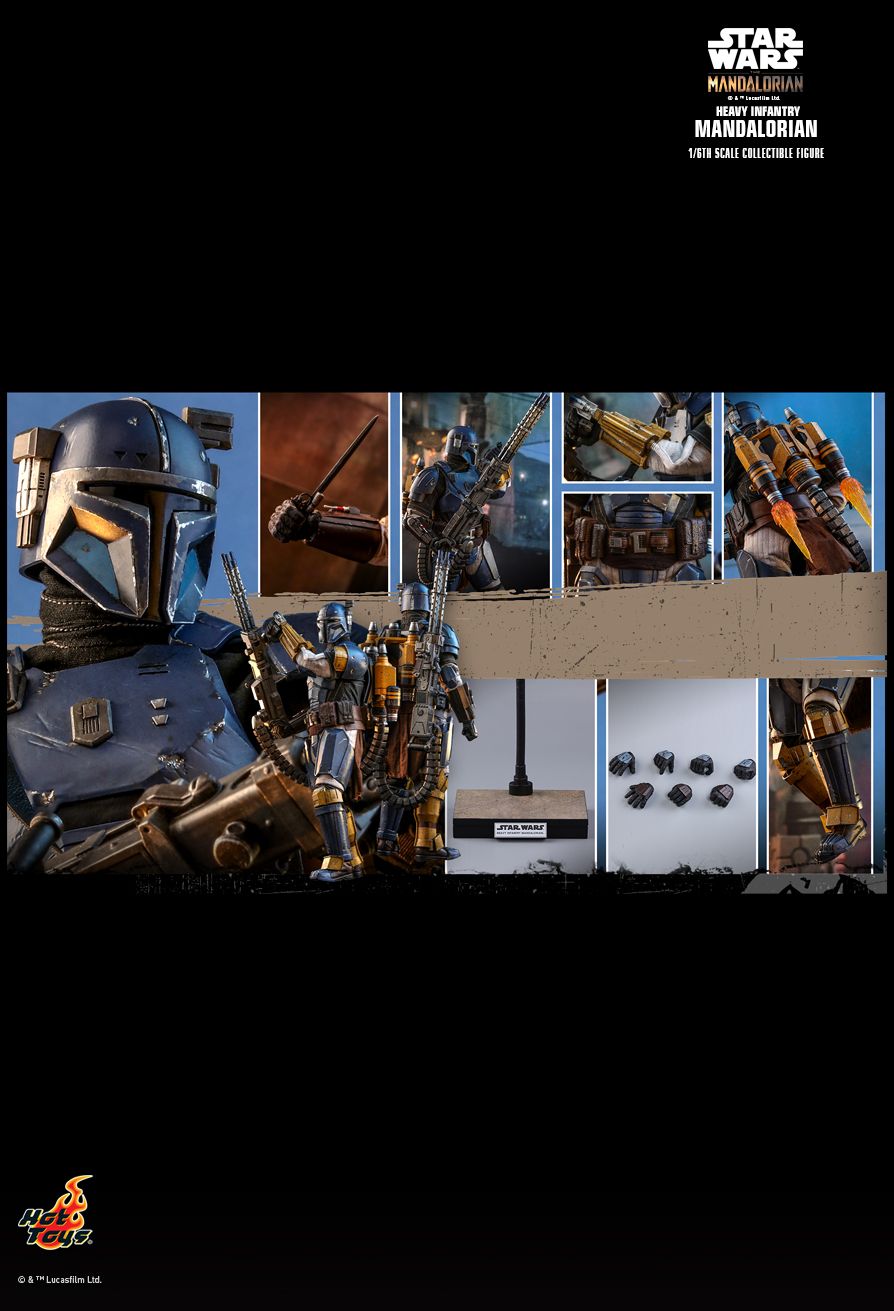 Founding Father
Posts : 6533
Join date : 2018-03-29
Location : Somewhere between myth and reality.
So it begins... the show has barely started and HT already has a second "Mk" of the Mandalorian armor.

I wonder if they will end up with as many as Iron Man...

Founding Father
Posts : 7079
Join date : 2018-03-29
Location : Island of Misfit Toys
To be fair to HT, however, this is a completely different character than the title character — though, yes, I have a feeling they’re going to milk these guys like IM since it doesn’t require likeness rights, and this falls into their realm of easy cash grab.
_________________
Mark

Stryker2011 wrote:To be fair to HT, however, this is a completely different character than the title character — though, yes, I have a feeling they’re going to milk these guys like IM since it doesn’t require likeness rights, and this falls into their realm of easy cash grab.

Fair enough. Hopefully one day I'll see the series, but refusing to up my expectations, just in case.

Posts : 367
Join date : 2018-04-07
This figure somewhat reminds me of TANK in "Captain Power and the Soldiers of the Future".
Love the pose with the gun pointed up, like Vasquez and Drake's training session in Aliens. 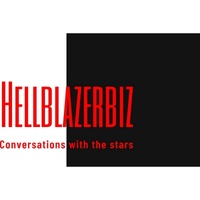 Posts : 225
Join date : 2018-04-06
Age : 44
Location : UK
This is a great looking figure and true to the character. But yes, there are opportunities for Hot Toys to milk it. I would love to see them do some of the other characters. But this is nice. I have always loved Star Wars and the Hot Toys line, but don't have the money to collect them....and I would be a completist....but decided to collect Mandalorian line. Pre-ordered Mandolorian and IG-11 and will pre-order this....will have a year to save anyhow!! haha. 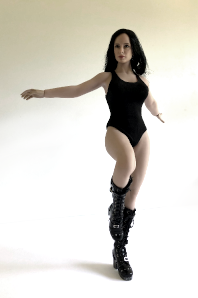 Posts : 349
Join date : 2019-09-19
Location : Germany
While I don't care to buy it I gotta say it is GLORIOUS! Just not my thing. ^^
But budget is used up after going for that Deluxe Luke with the two faces and two hair styles. Just had to have it.

Spoiler:
Amazing scene from episode 3. Just when I thought he was going to get shot, the Mandalorian's entire clan all came out to help him. The dark blade fight was pretty awesome. The Mandalorian gets a full armor upgrade and I wonder if HT will make that one and if the baby comes with a version 2 sometime in the future