One of the Marvel’s most powerful super heroes, Captain Marvel joins the Avengers as the key to defeat Thanos. Arrives from space, the hero proceeds to completely destroy the warship, and attempts to stop Thanos from wielding the Nano Gauntlet with her special power.

Ever since her debut, Captain Marvel has become immensely popular in the Marvel Cinematic Universe. As seen in the final battle between the super heroes and the warlord, Hot Toys is excited to present today the latest 1/6th scale Captain Marvel collectible figure from the incredible Avengers: Endgame collection.

Beautifully crafted based on the appearance of Brie Larson as Carol Danvers/Captain Marvel in the movie, the figure features a newly developed head sculpt with short hairstyle, a specially designed body equipped with LED light-up function on both sides of the forearms, the iconic red and blue costume with gold star emblem on chest and sash around waist in movie-accurate perfection, multiple energy-blasting effect accessories wearable on arms and hands, LED light-up Nano Gauntlet painted and battle damaged effects, and a movie-themed dynamic figure stand for wide range of aerial poses!

- Authentic and detailed likeness of Captain Marvel in Avengers: Endgame
- Newly developed head sculpt with authentic likeness of Brie Larson as Captain Marvel in the movie
- Movie-accurate facial expression with detailed skin texture and make-up
- Short blond hair sculpture
- Body with over 28 points of articulations and LED-light up function on forearms (battery operated)
- Approximately 29cm tall
- Three (3) pairs of blue-colored interchangeable gloved hands including:
- One (1) pair of fists
- One (1) pair of relaxed hands
- One (1) pair of gesture hands
- Each piece of head sculpt is specially hand-painted 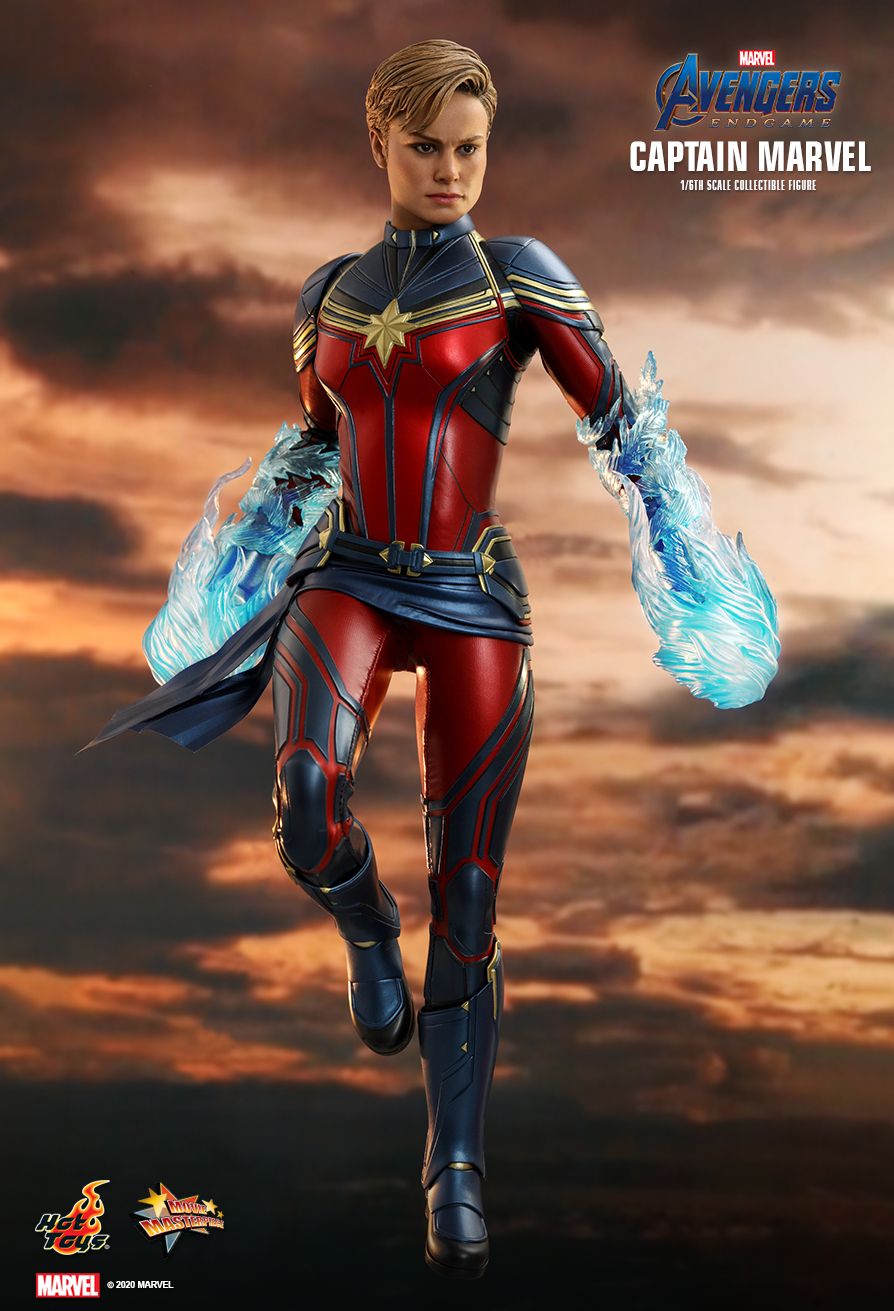 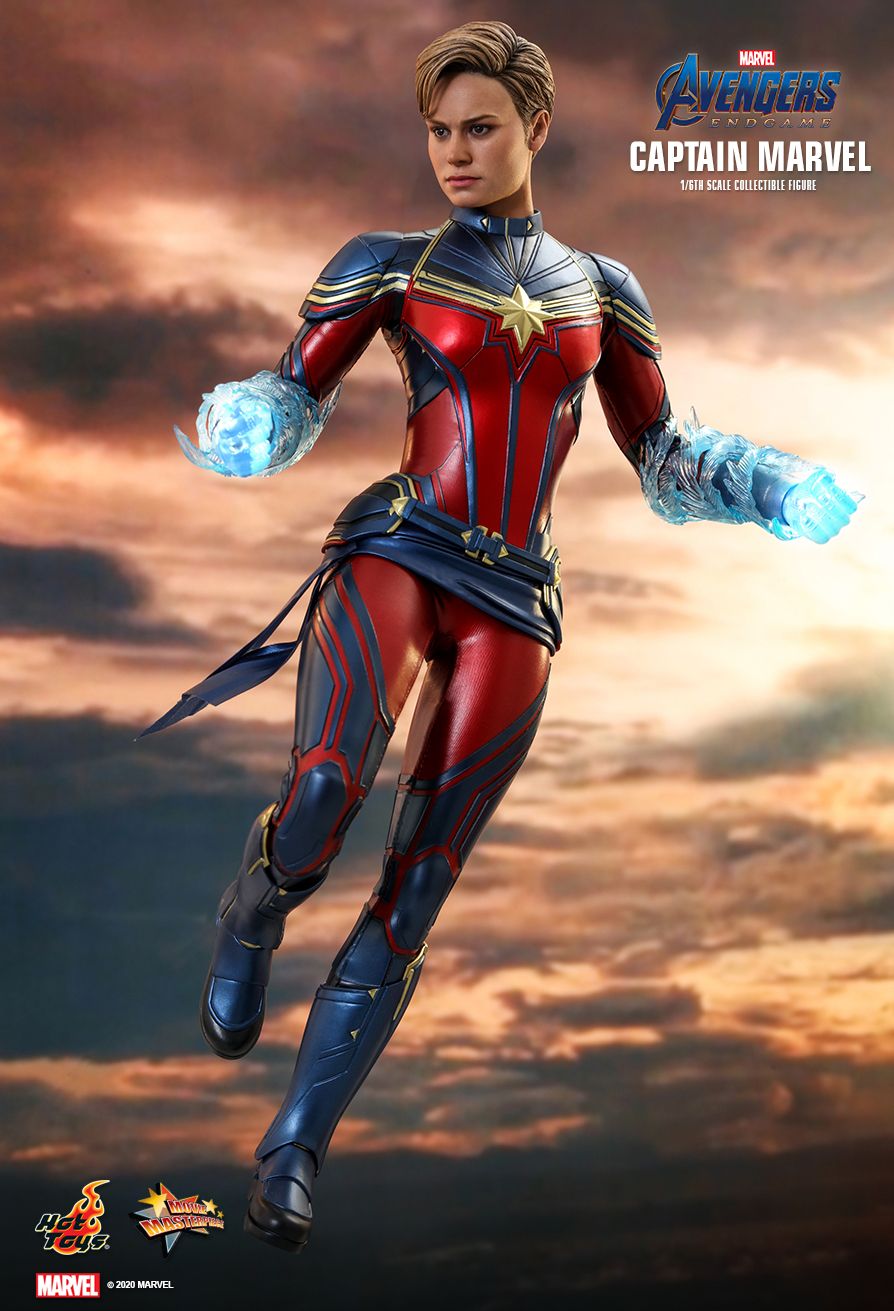 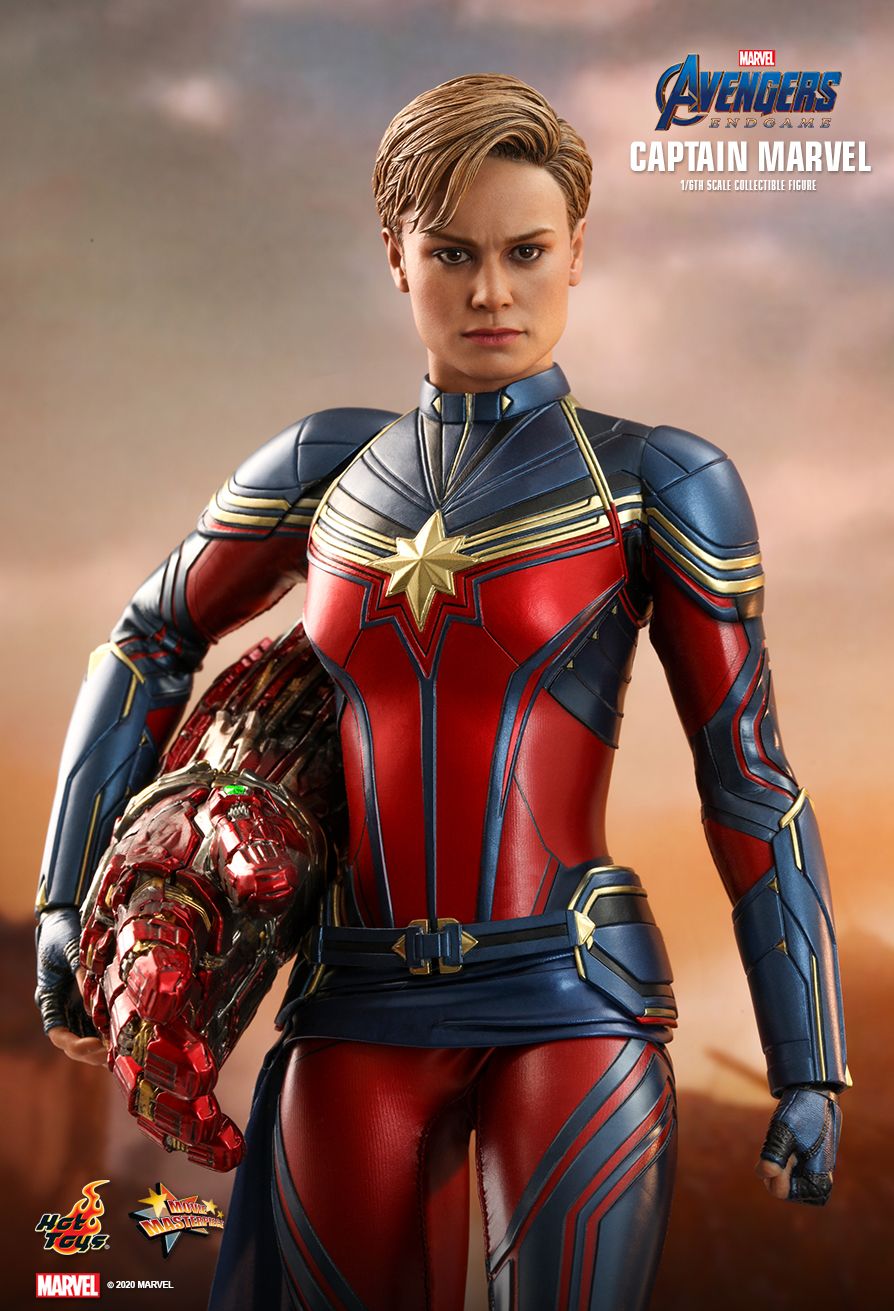 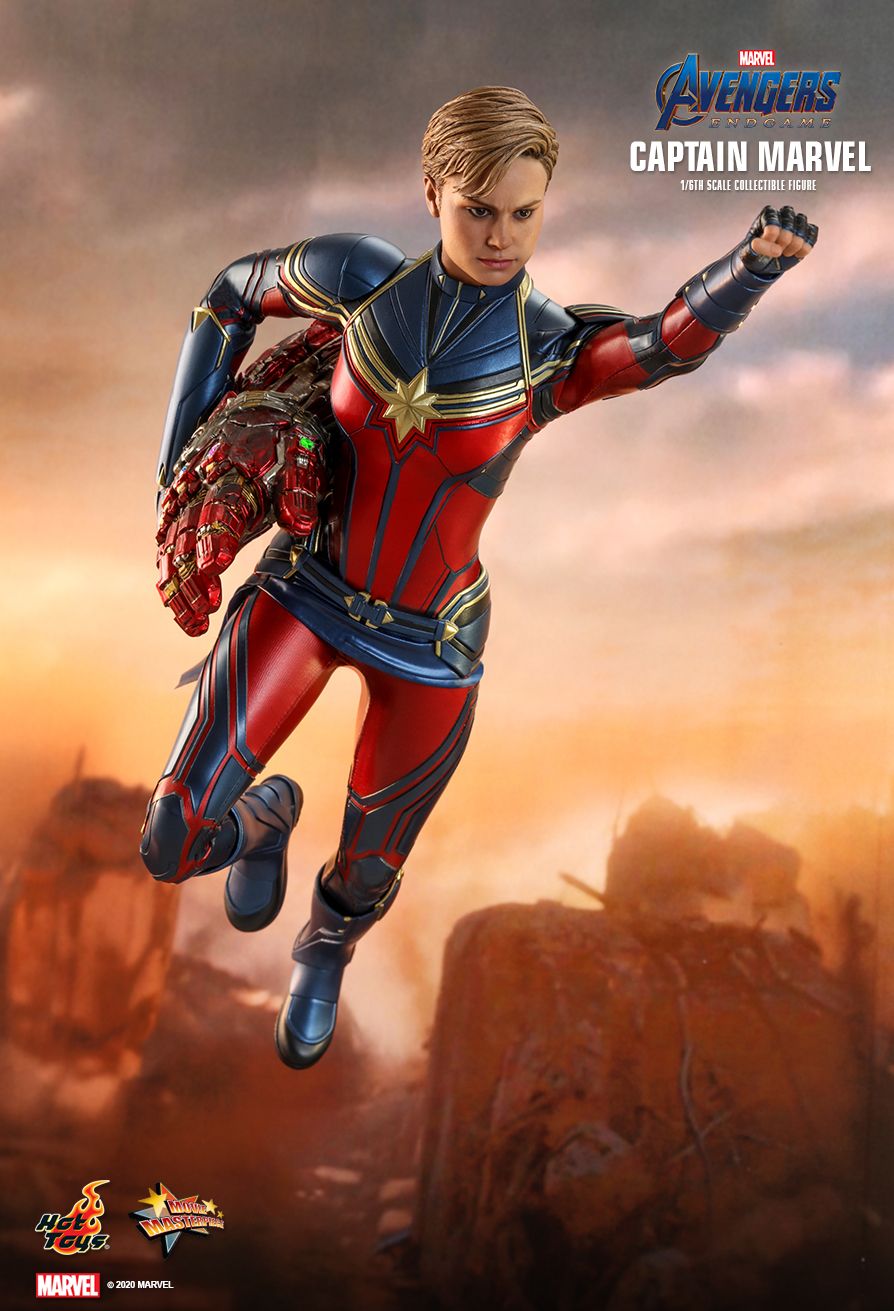 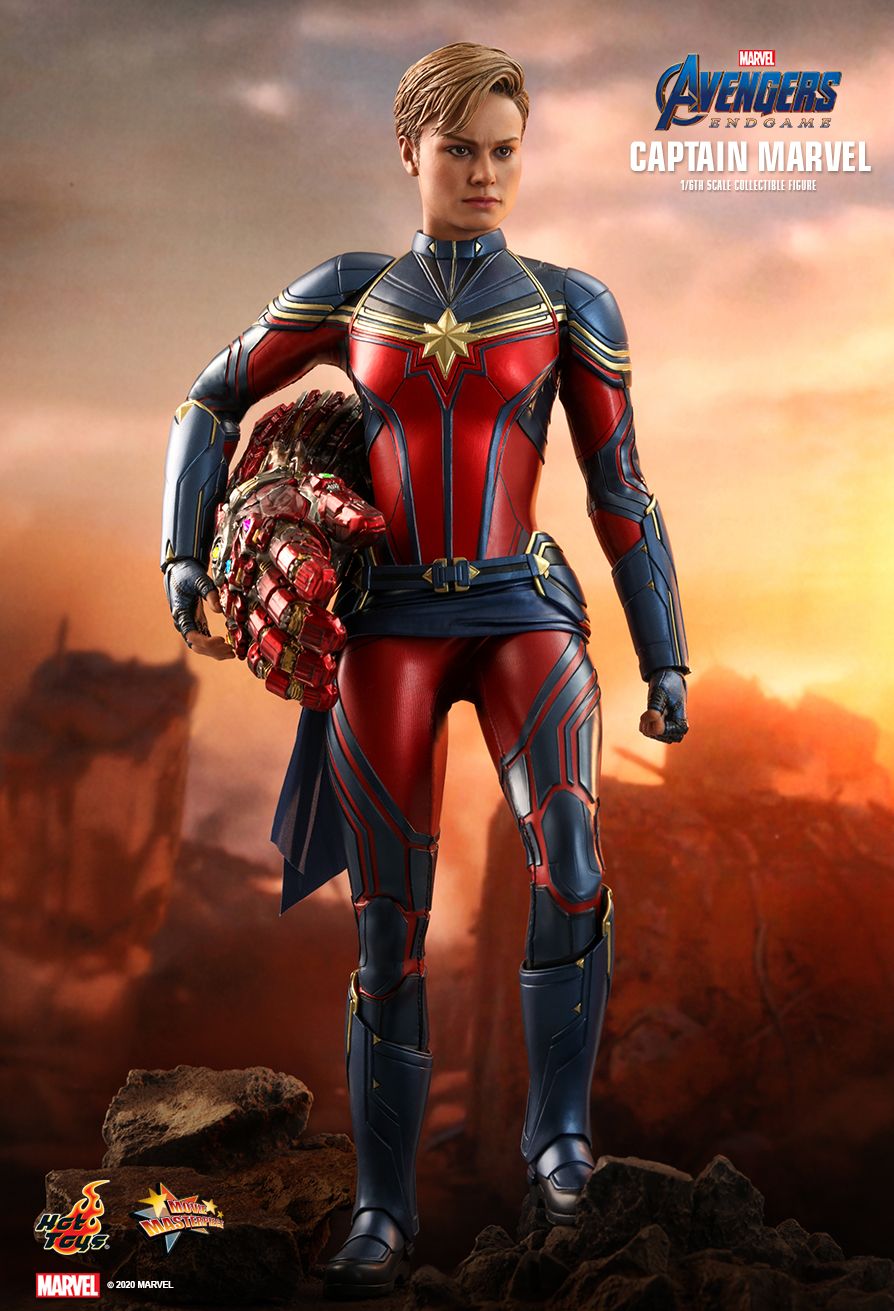 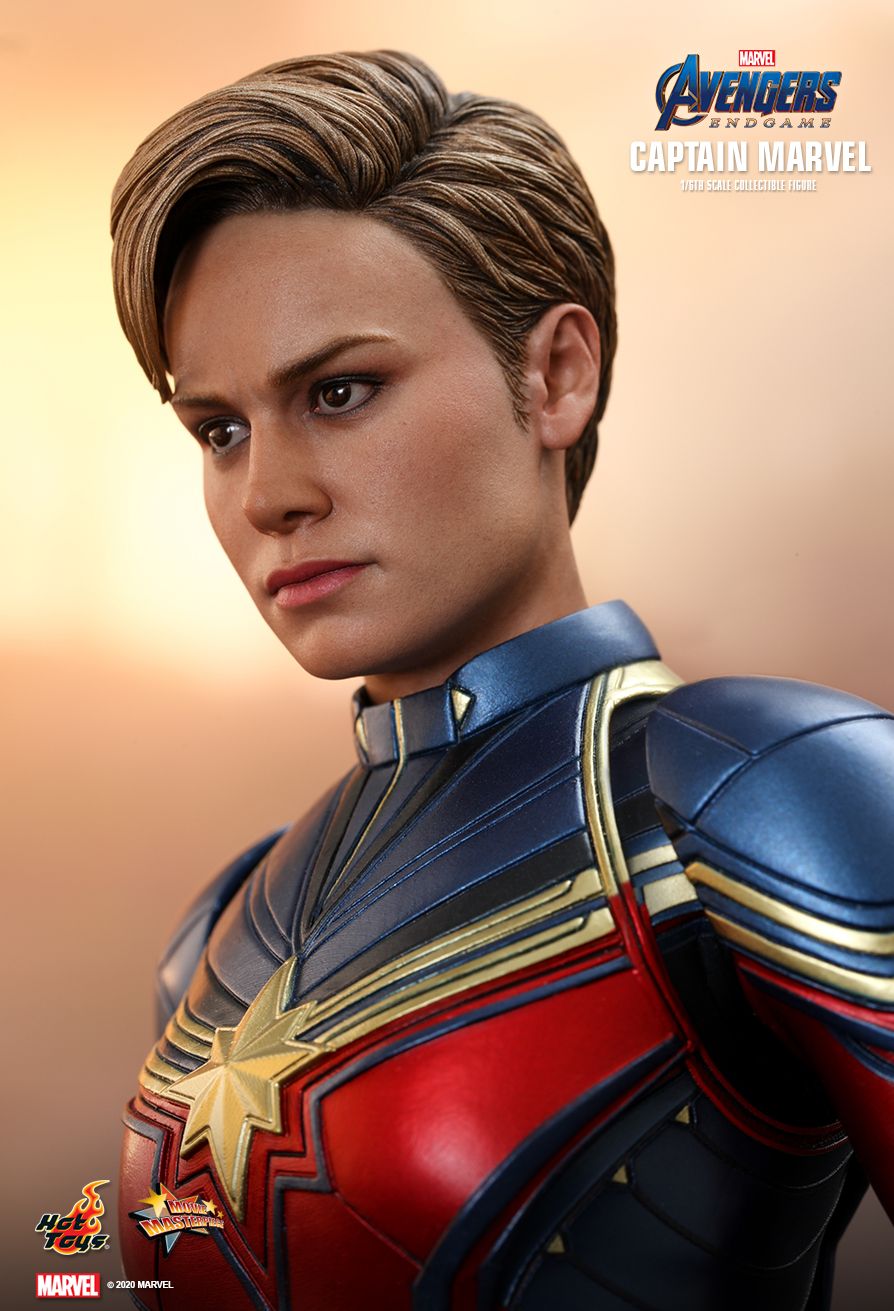 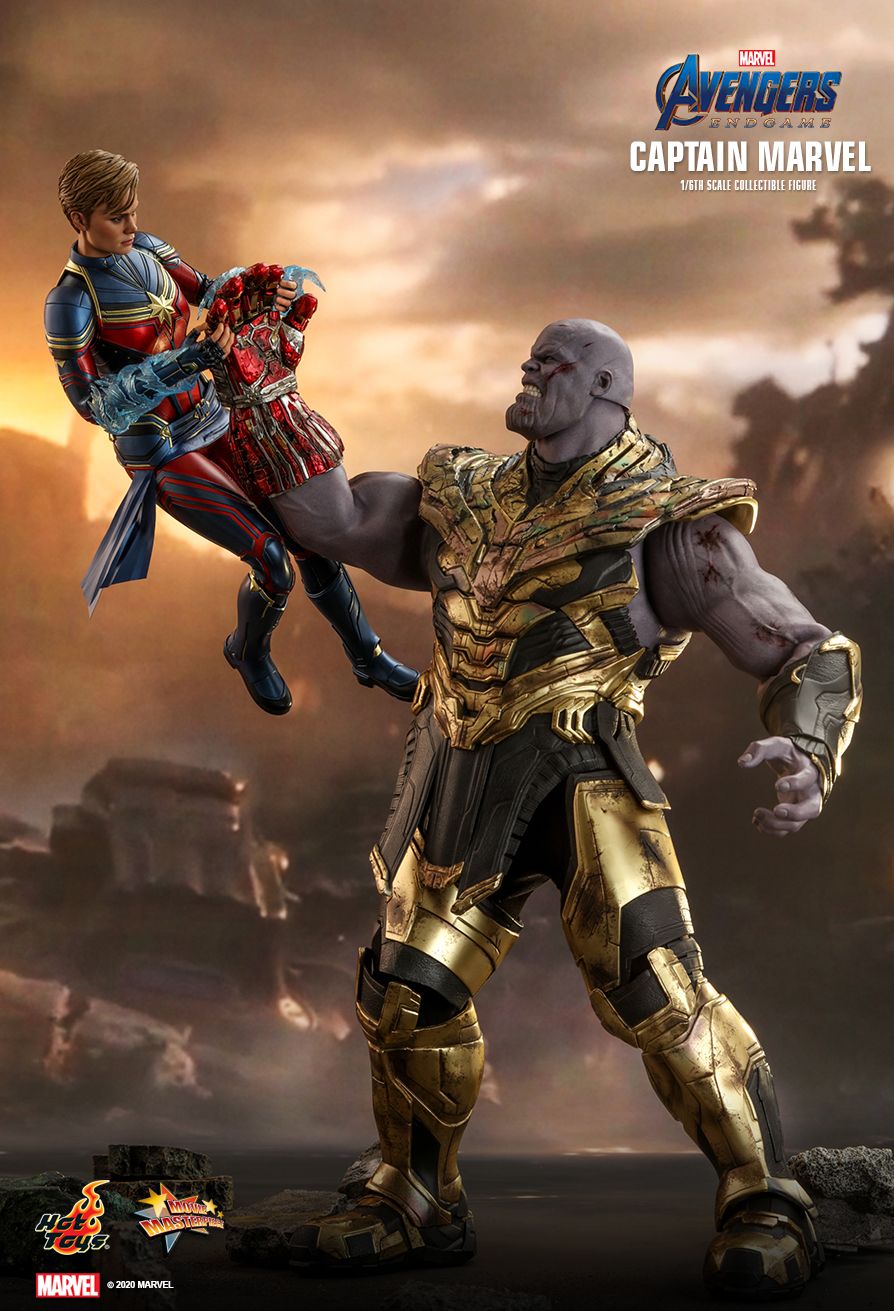 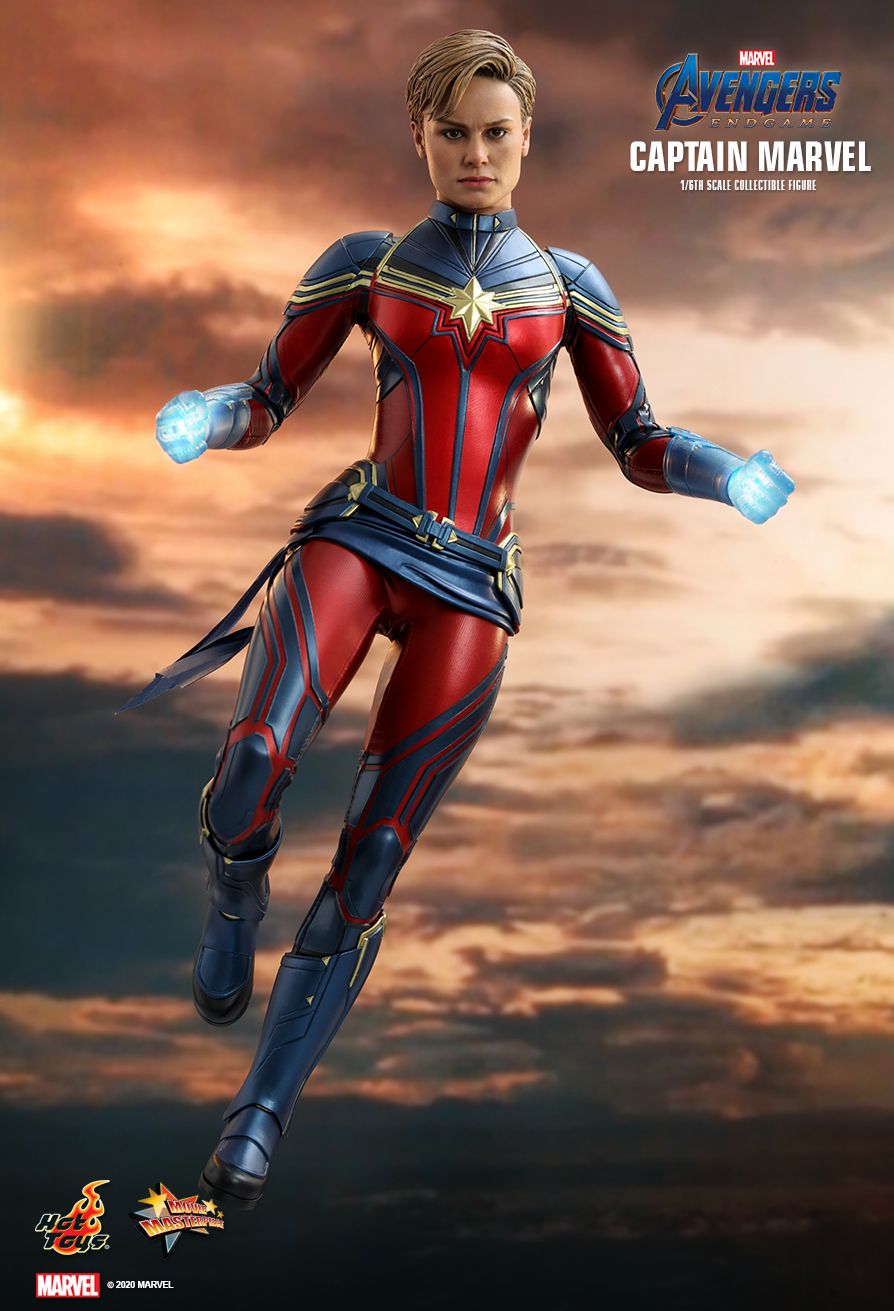 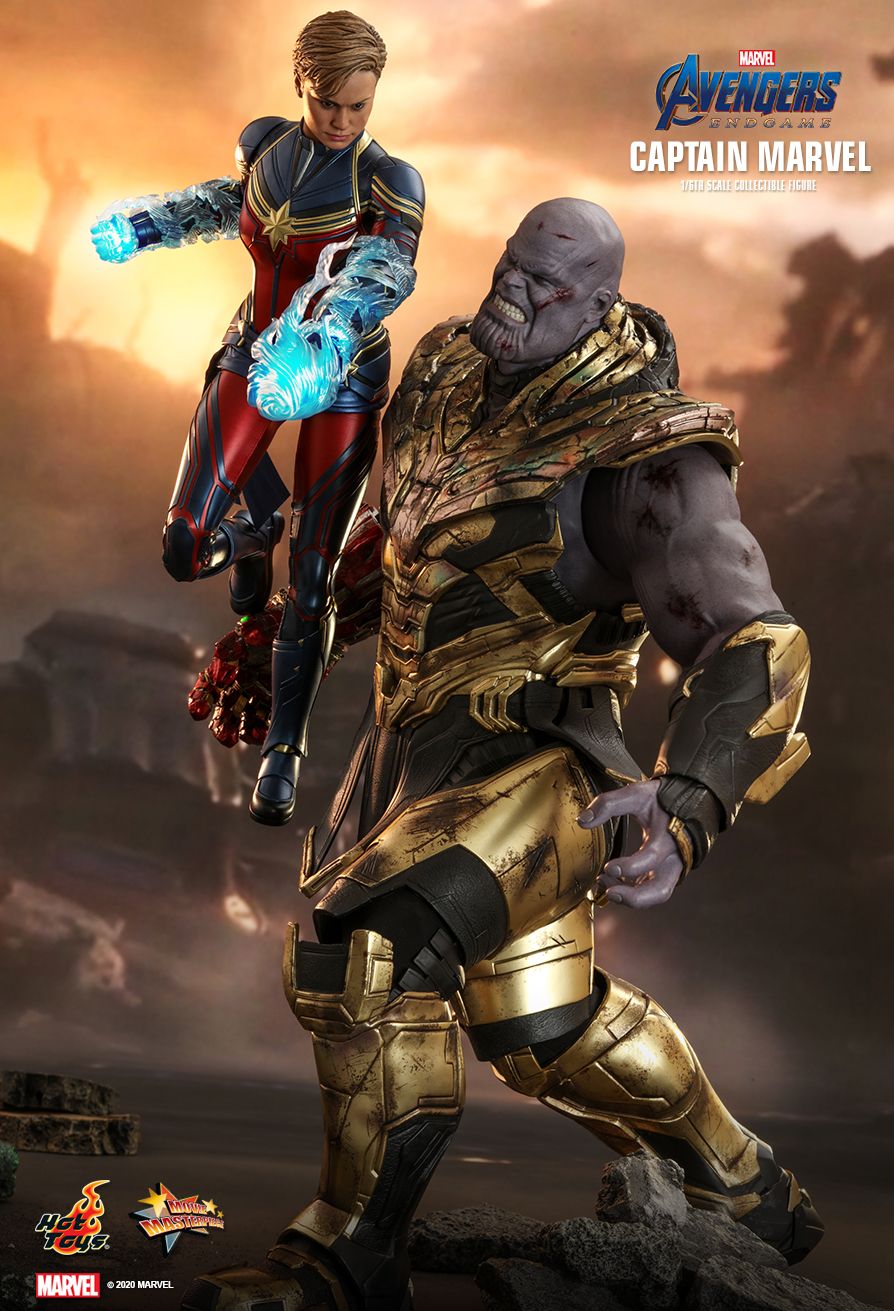 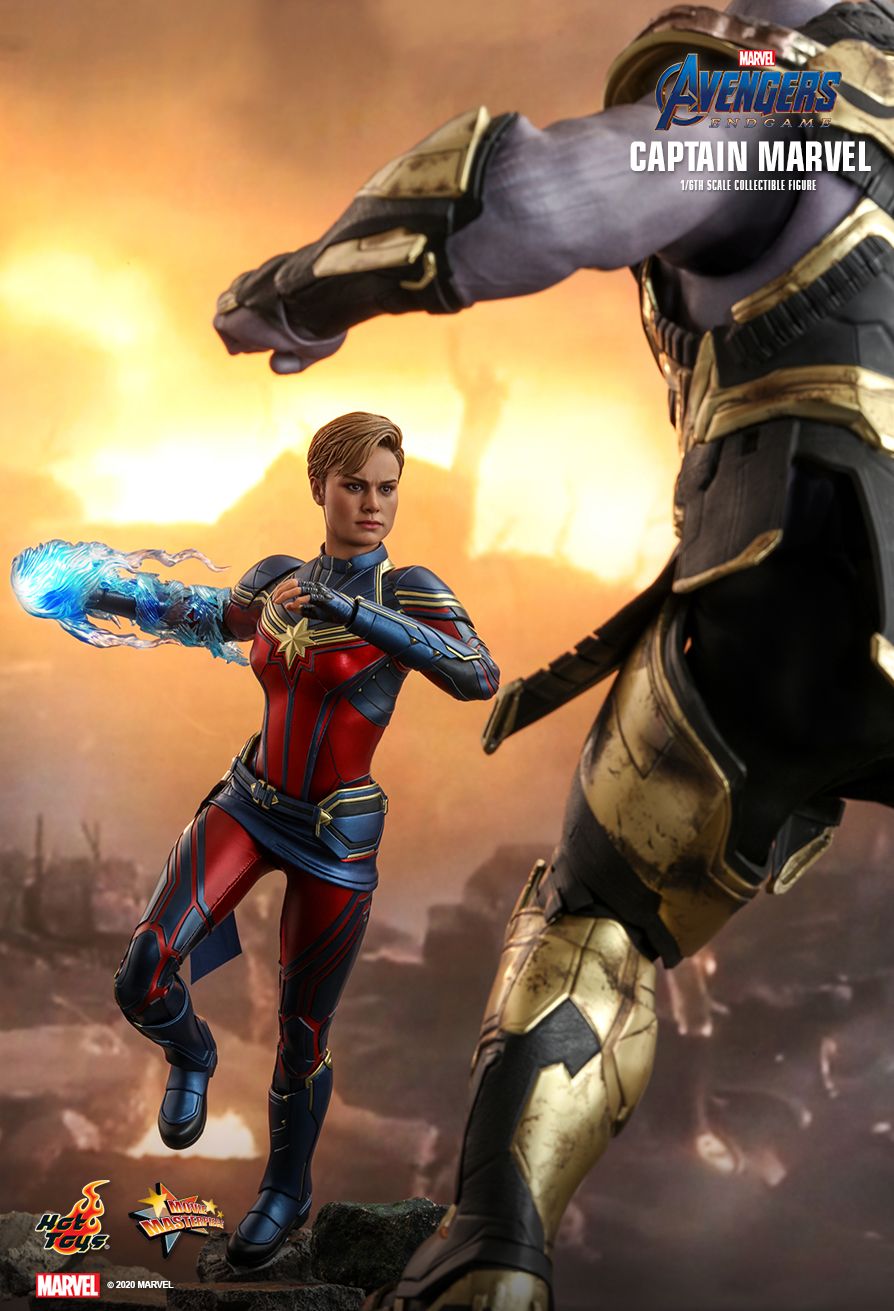 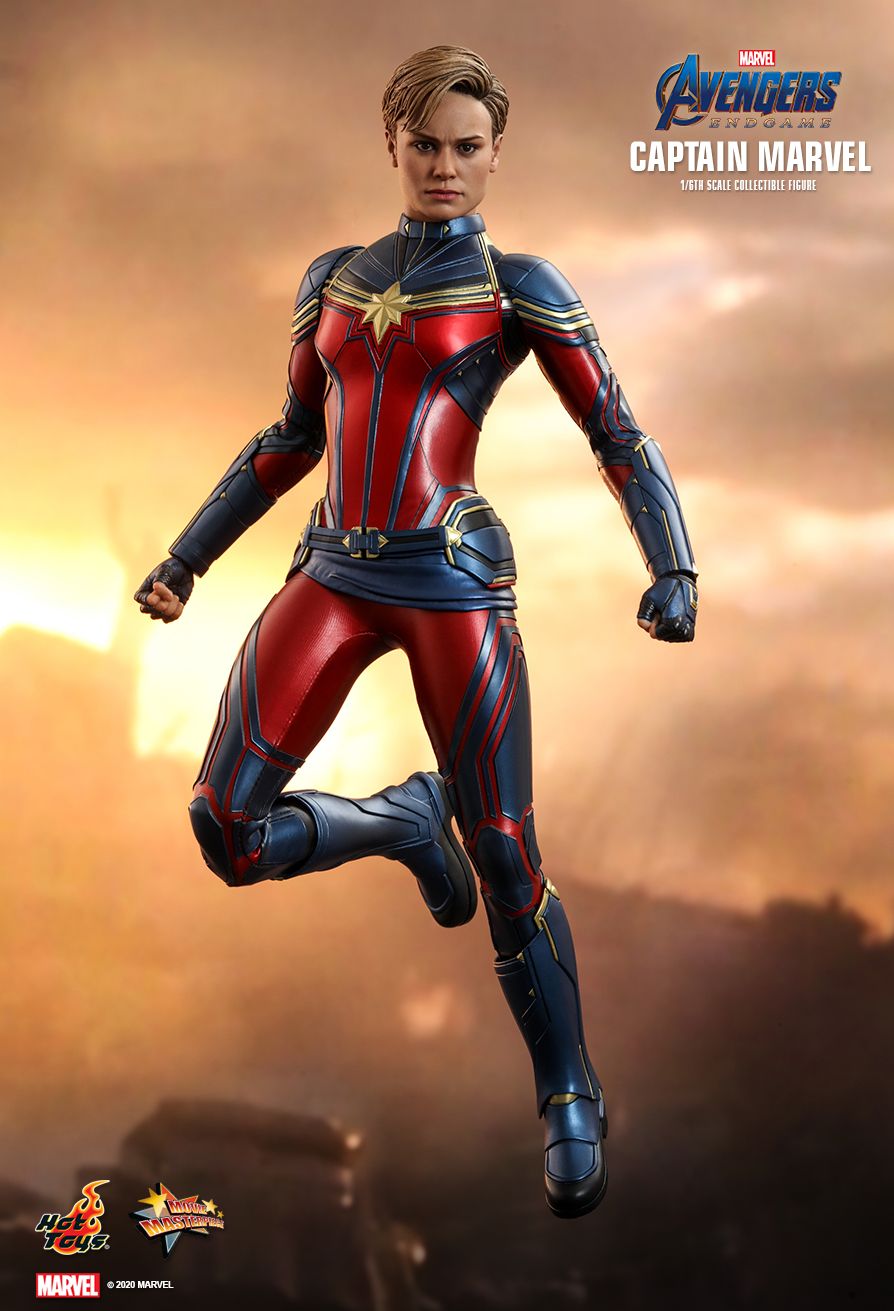 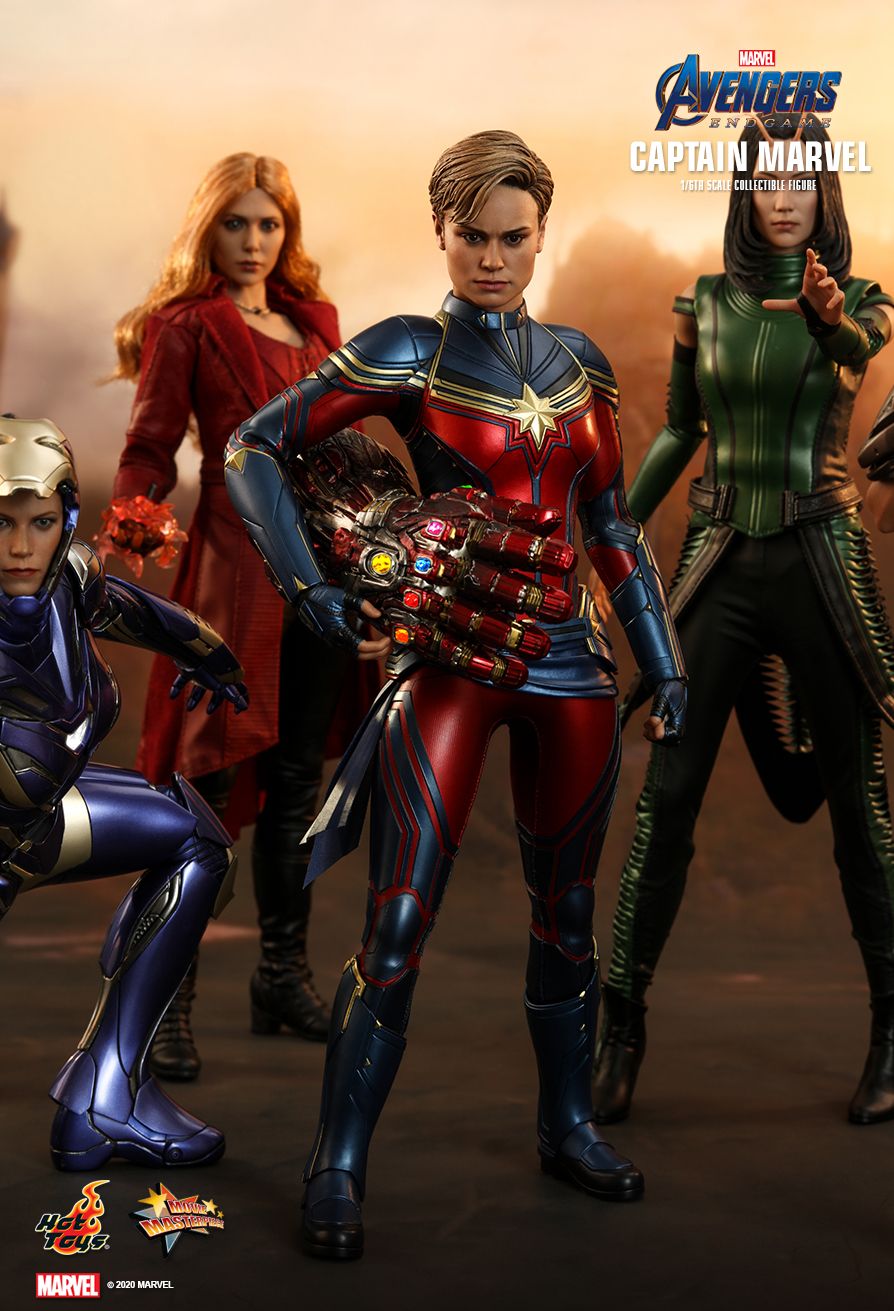 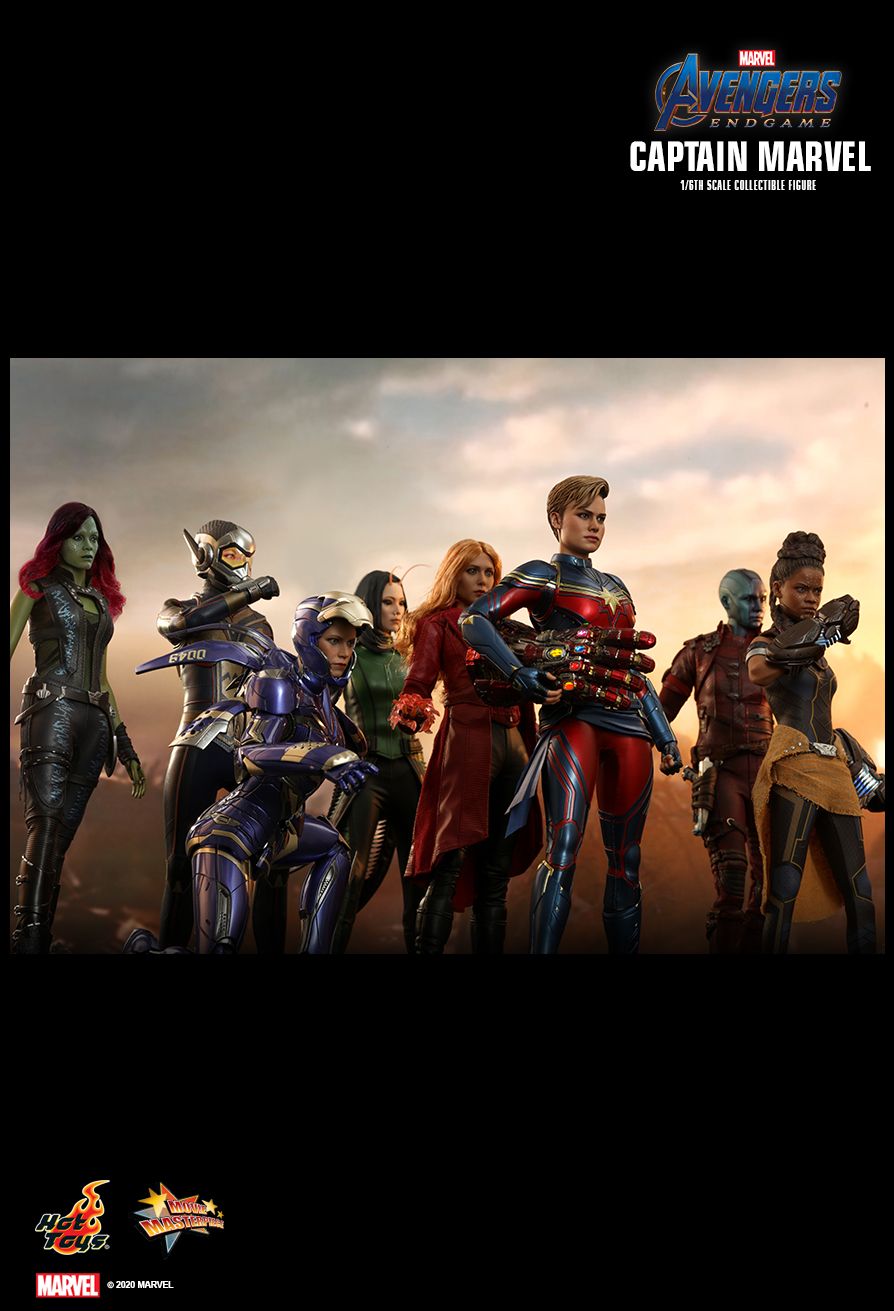 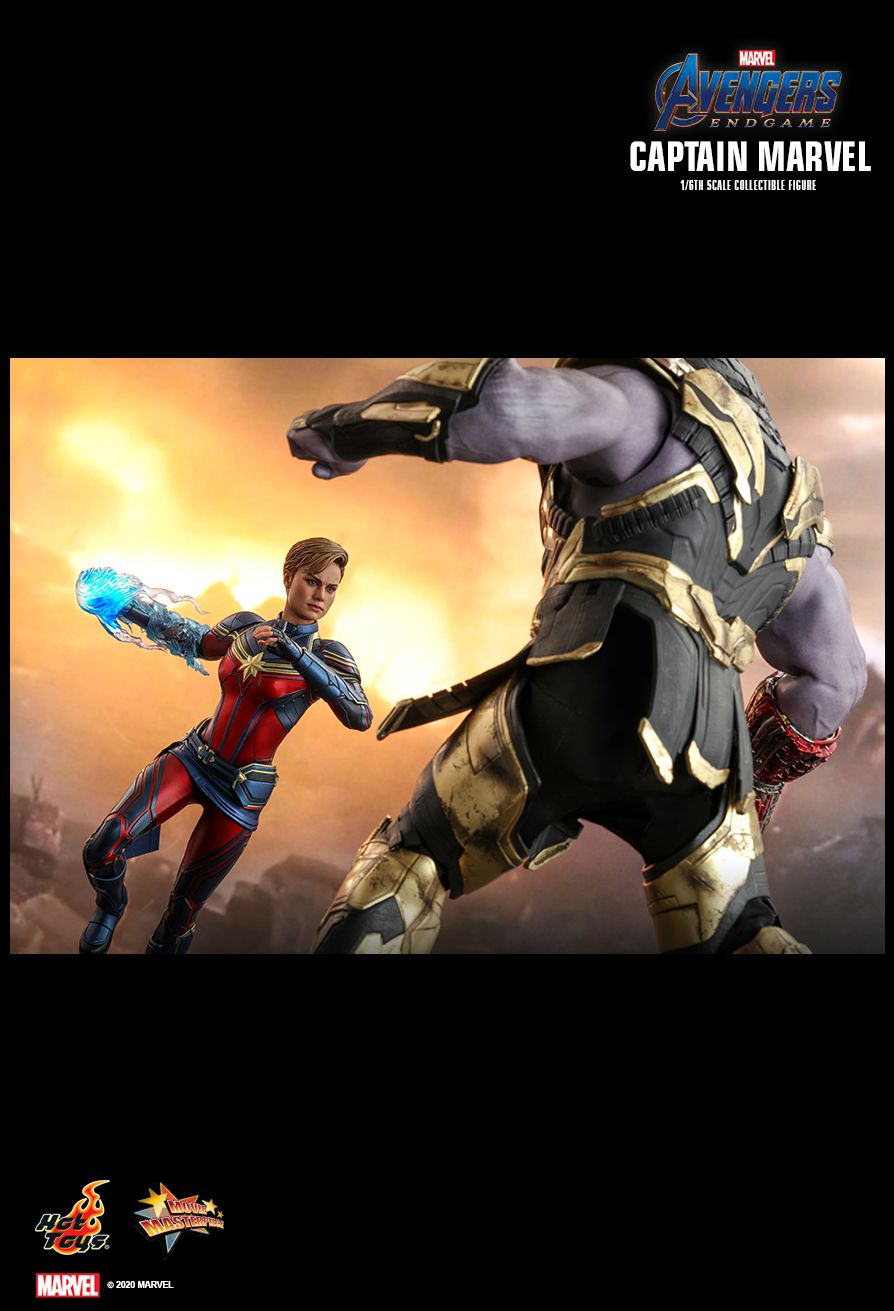 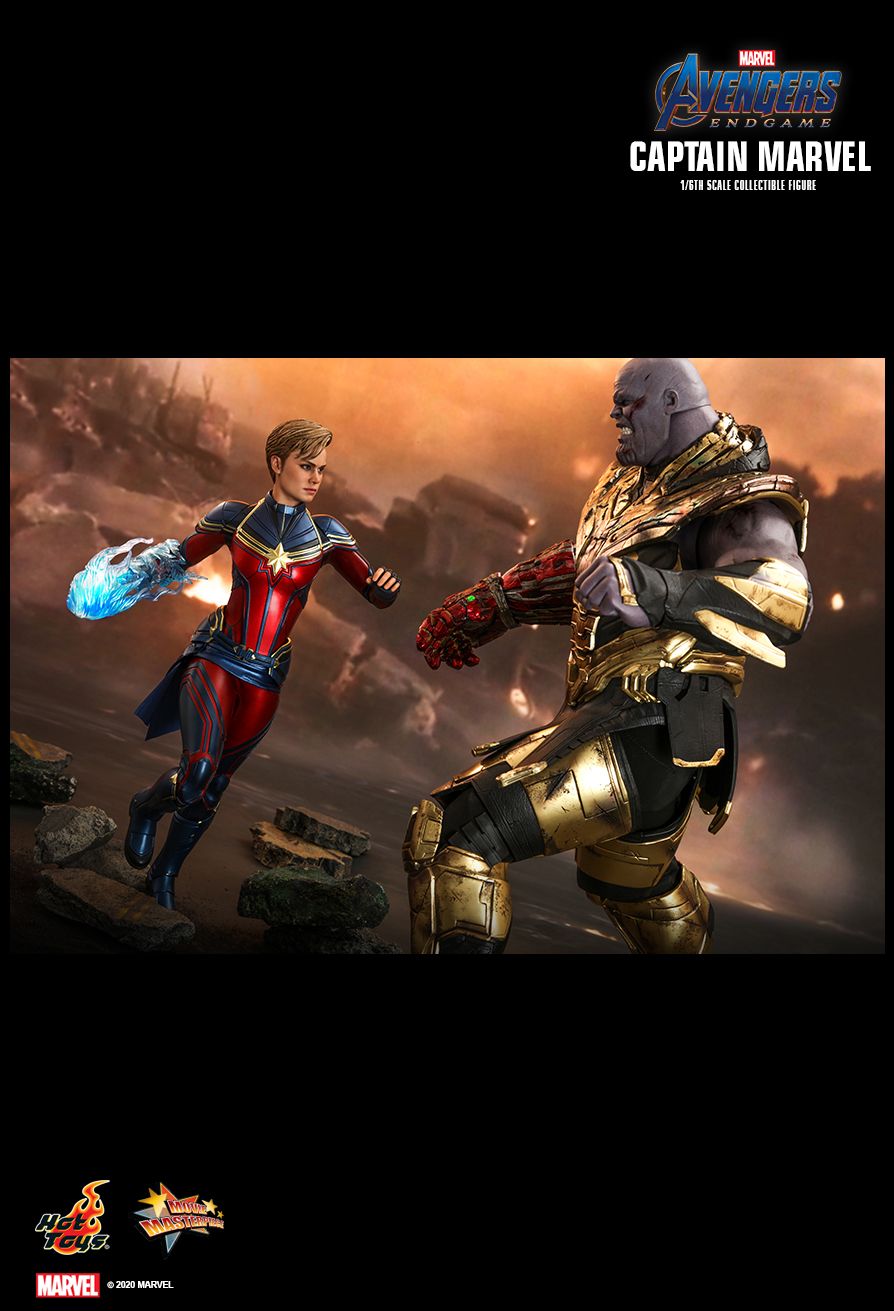 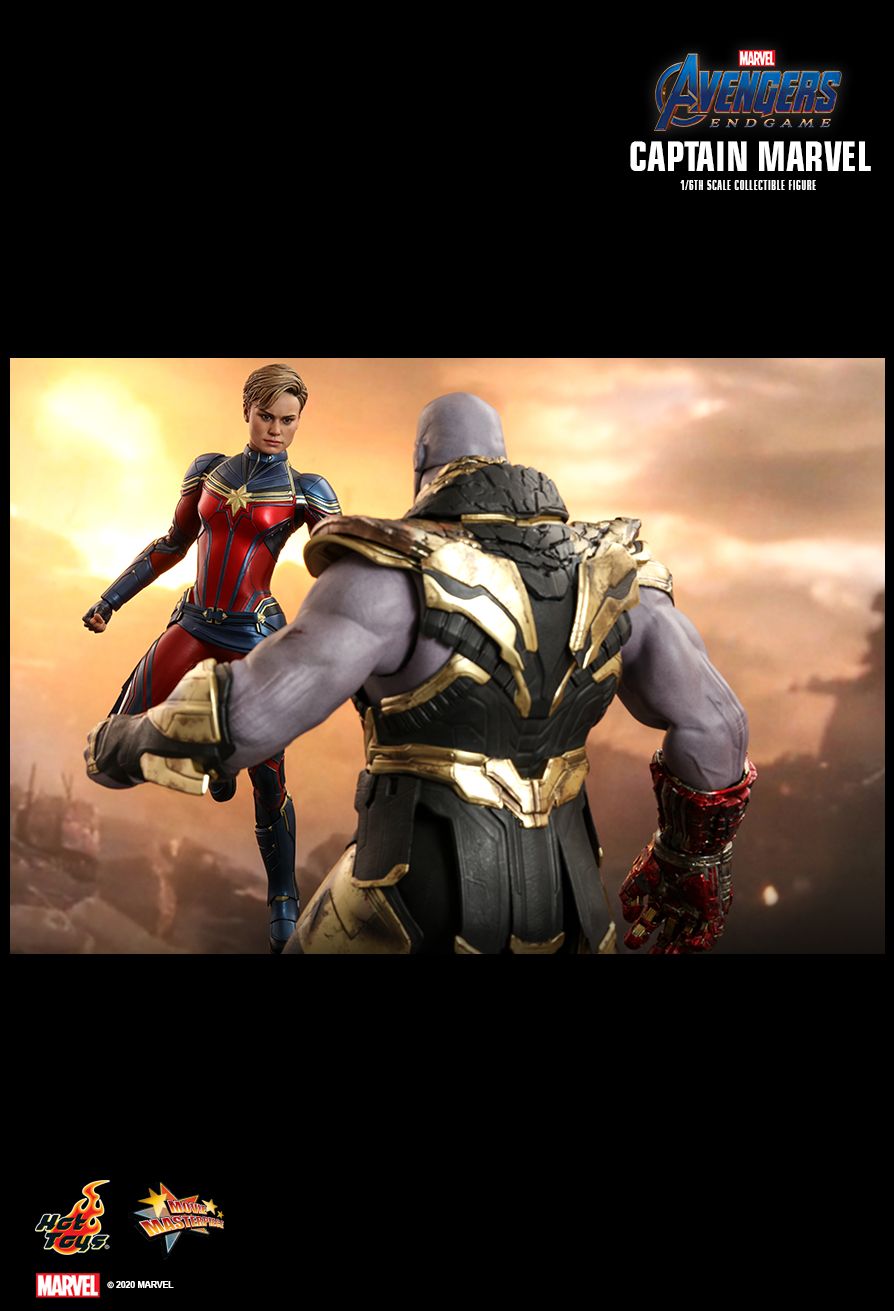 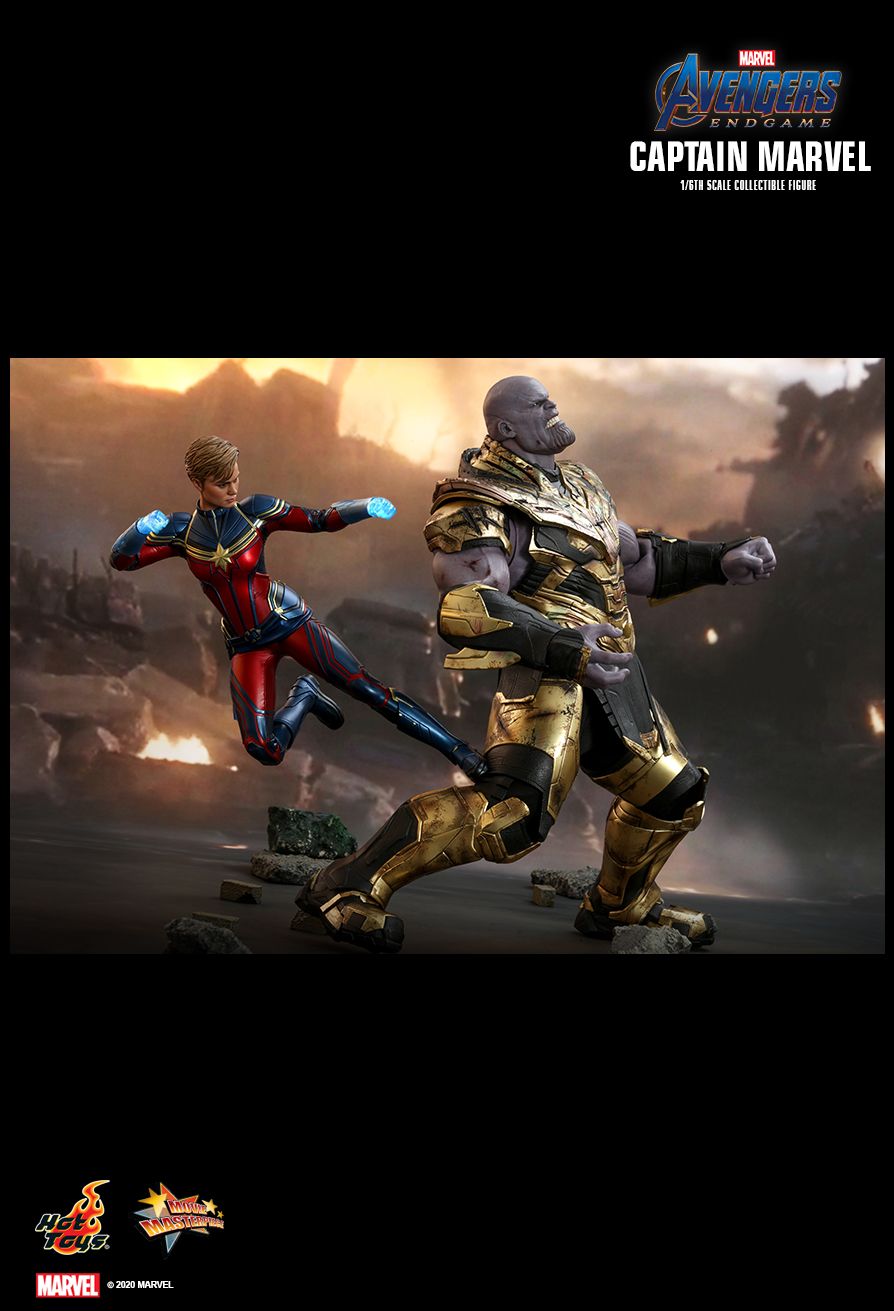 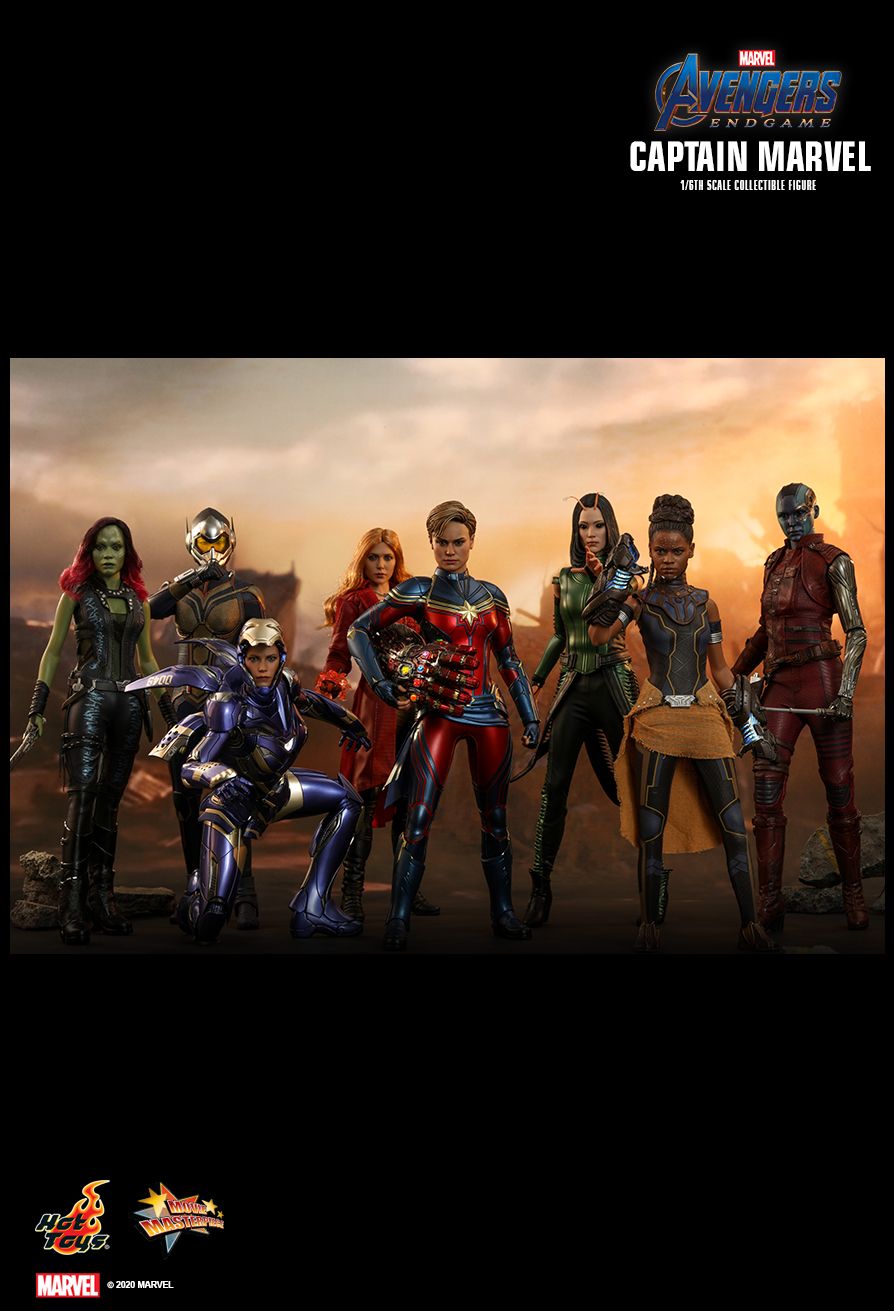 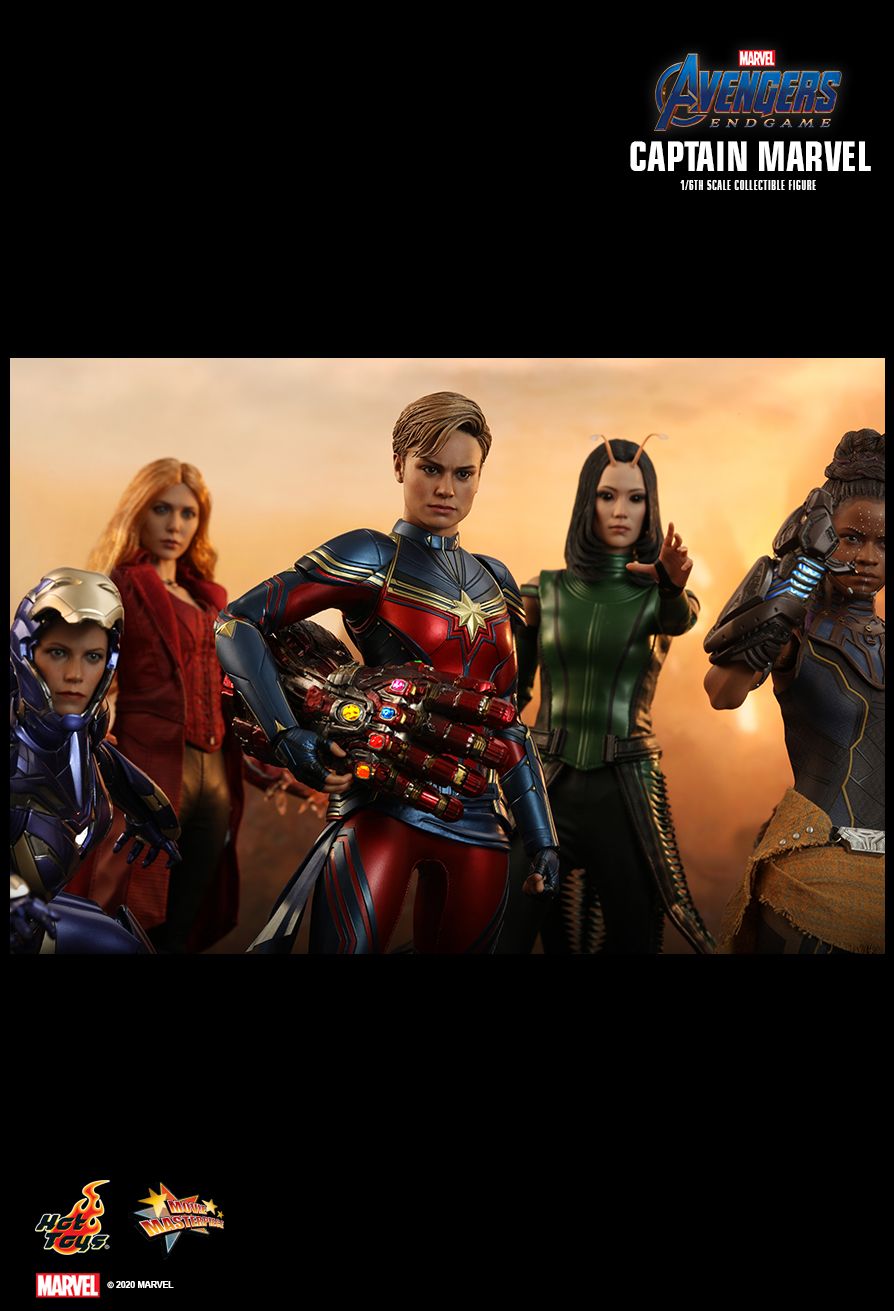 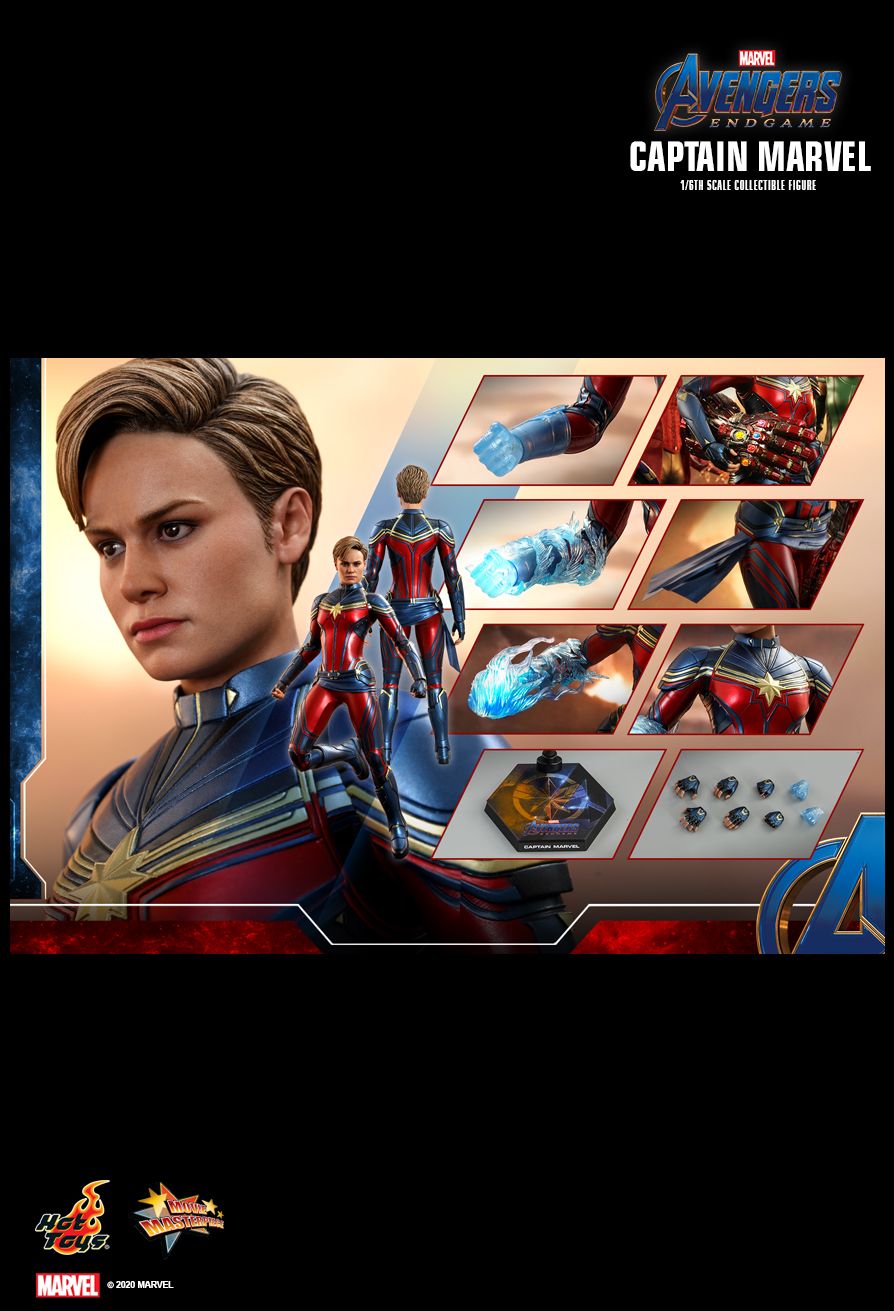 Founding Father
Posts : 7671
Join date : 2018-03-29
Location : Somewhere between myth and reality.
She does look good, and I can see why they went with molded hair in this instance -- the zoomed-in photos reveal a pretty detailed stranding, although the style and coloring make it look a bit clumpy from a distance. I foresee issues with the articulation of the upper legs/hips due to the outfit. That said, I'm not really sold on the character, although much (if not all) of that has to do with the actress' behavior; and to think I used to like Brie Larson... ignorance is bliss.

Posts : 368
Join date : 2018-06-20
Where is Okoye and Valkyrie? I had to watch that scene again and did not know Okoye mortally wounds Corvis Glave in one first move with a single thrust.

I love Thano's face and hand gestures when getting kicked from behind the knee.

I'm gonna keep the first one. Keeps getting postpone. Gamora is moved from February to April to May to August?

But the First one has more punch accessories, Light up head gear, cat , jacket. So if I get a third party clothing I can make a civilian Carol. Or, I could use the BBI Sheriff Norris suit as a flight suit version for Danvers.

The one thing that bugs me with this version costume, which I think looks good, is the sash. Is it made out of ballloon material, why does it look static? Was it the garment of a fallen friend, a skin of a alien fiend?

That elbow fold on Thanos looks akin to a deflated socker boppers? Did anyone have a socker bopper? We had one when we till we knocked over a shelf. It was LEGOS and model kits after that incident.