Crazed, cruel and unpredictable, Voldemort's most trusted lieutenant was Bellatrix Last, the dark witch who killed without mercy. Bellatrix never lost in her Dark Lord and she was one of the first he called to his side on his return.
This 1:6 scale figure of the number one Death Eater features her black outfit from Harry Potter and the Half-Blood Prince, her Death Eater mask, two wands and her dagger.
The deluxe version includes a 1:6 scale Dobby the House Elf with interchangeable arms. 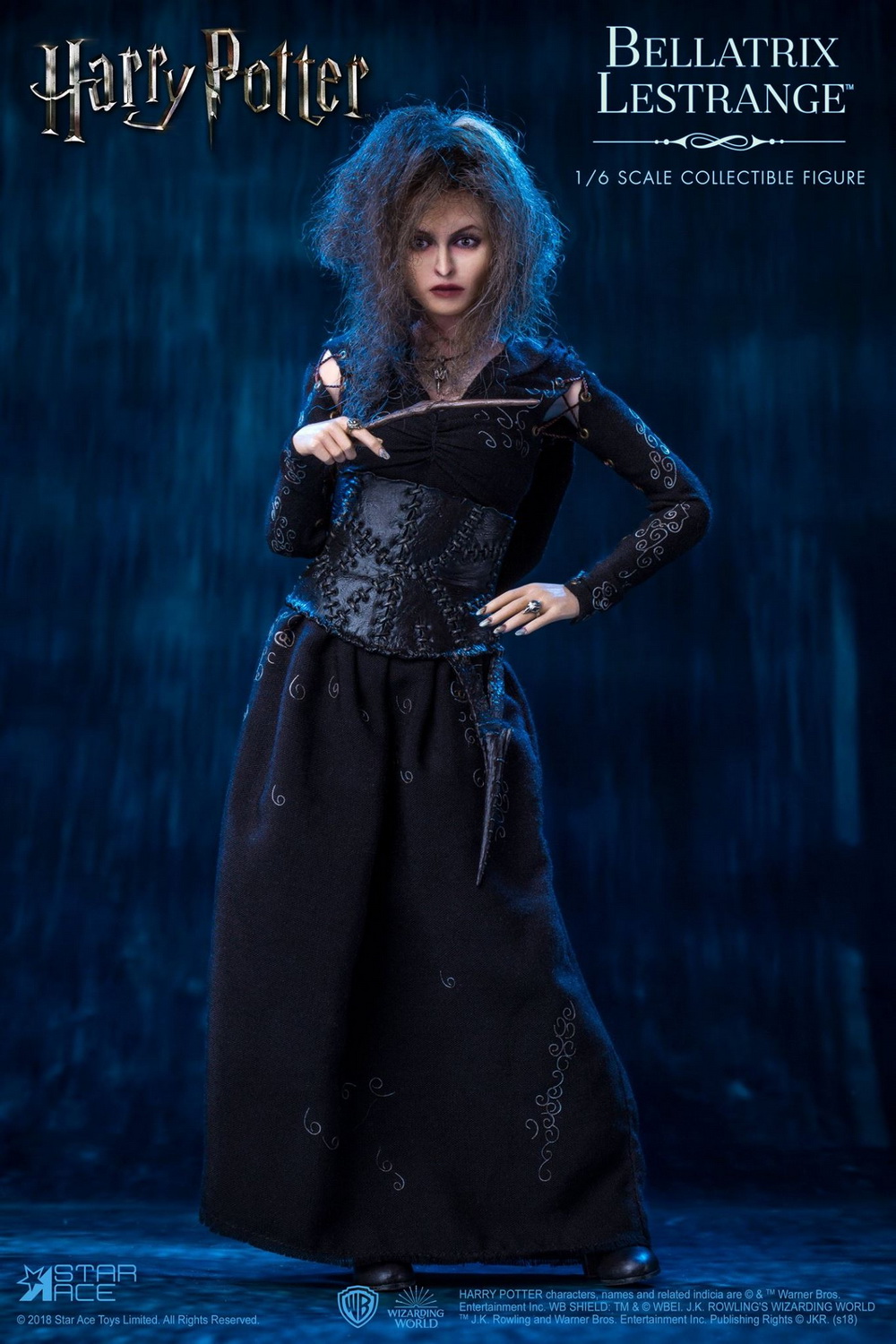 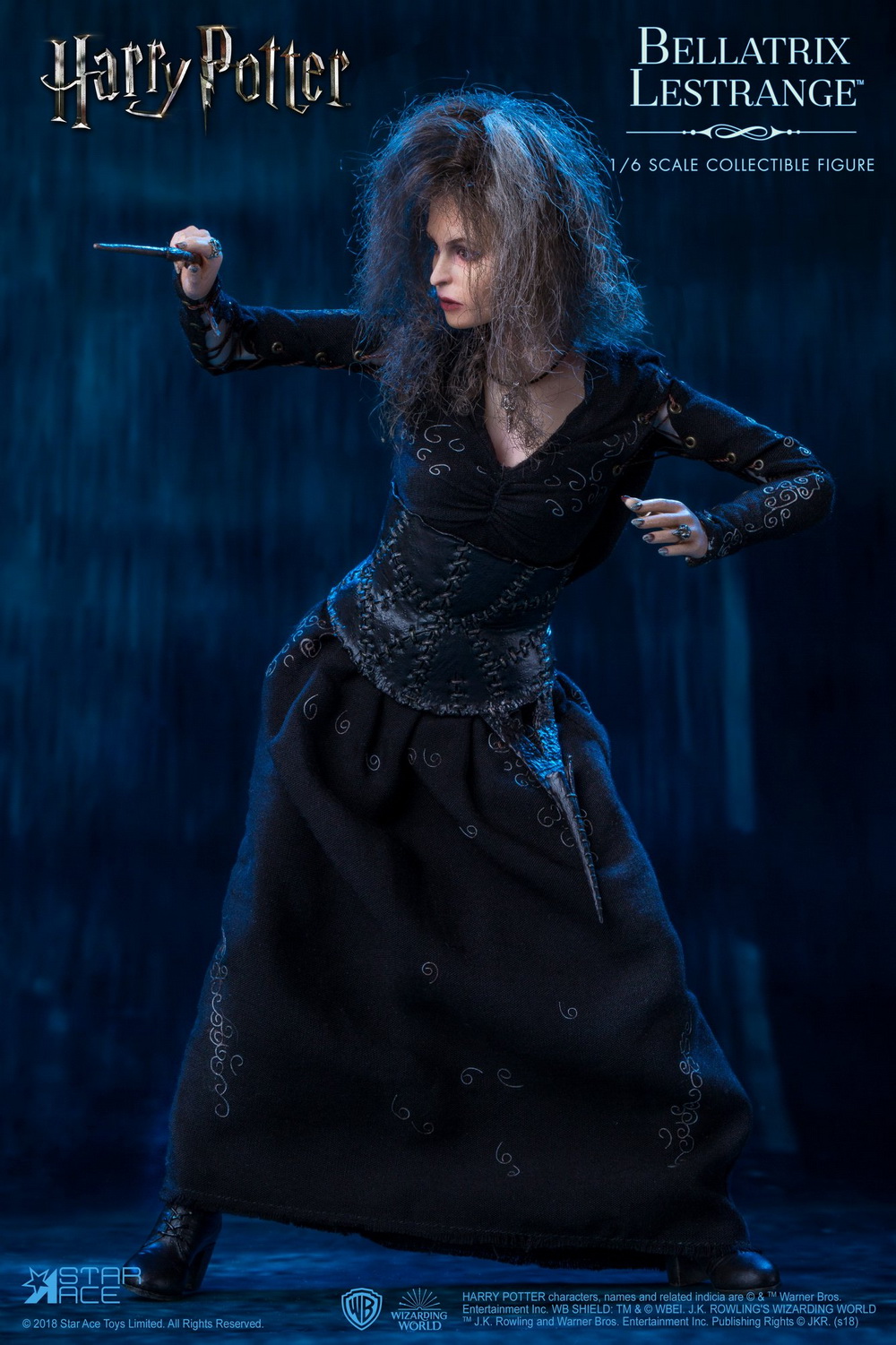 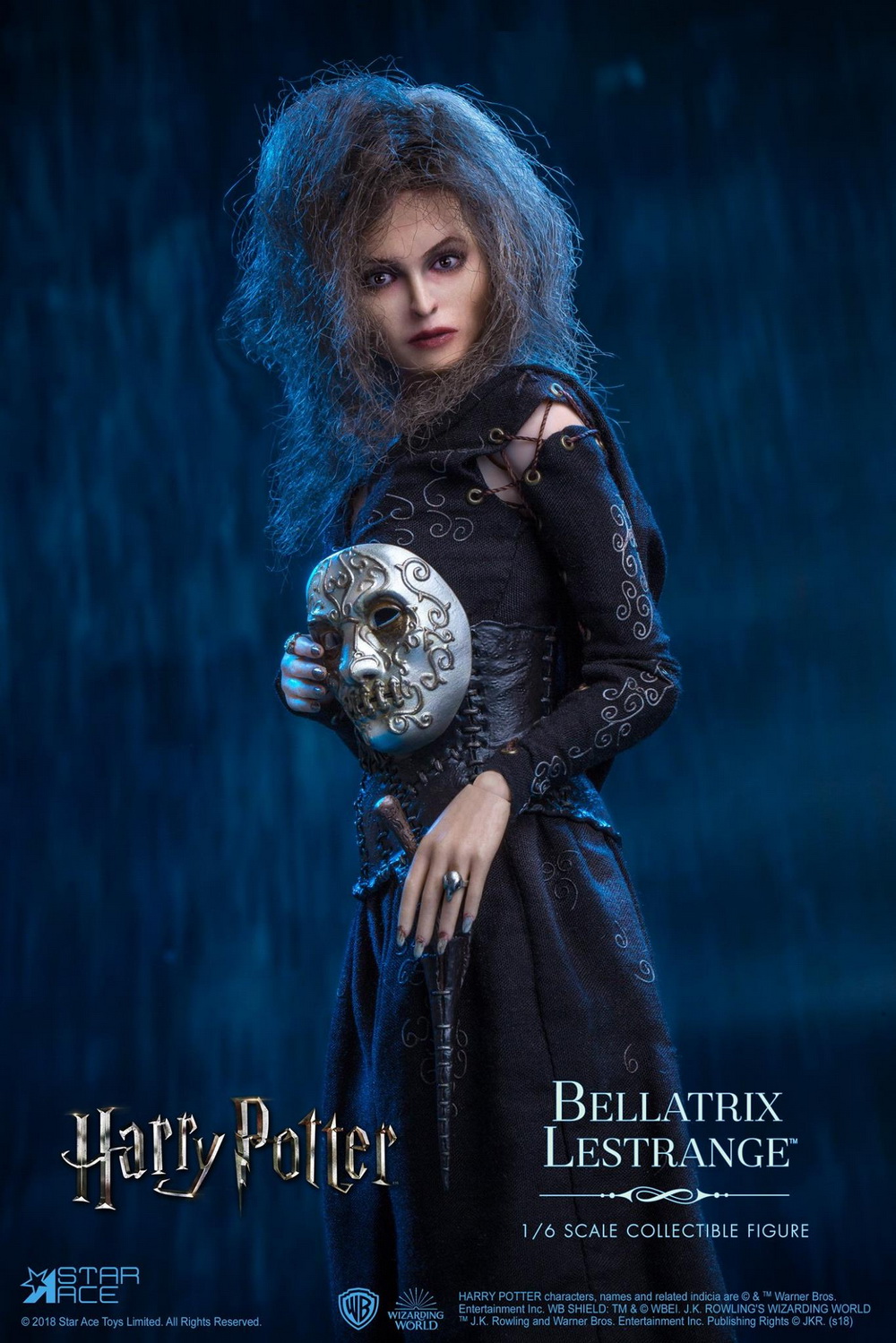 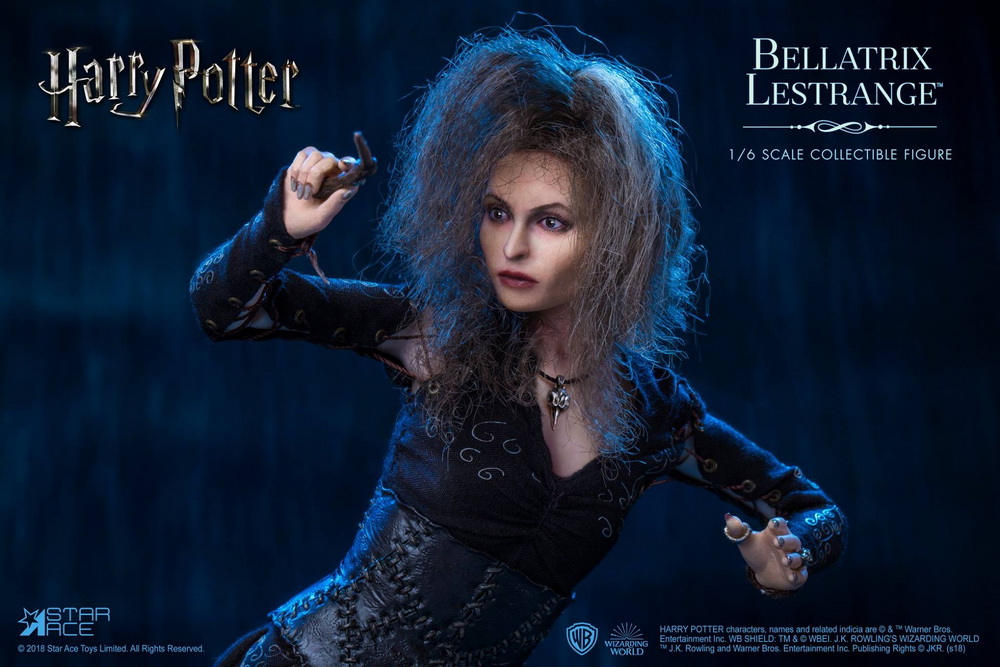 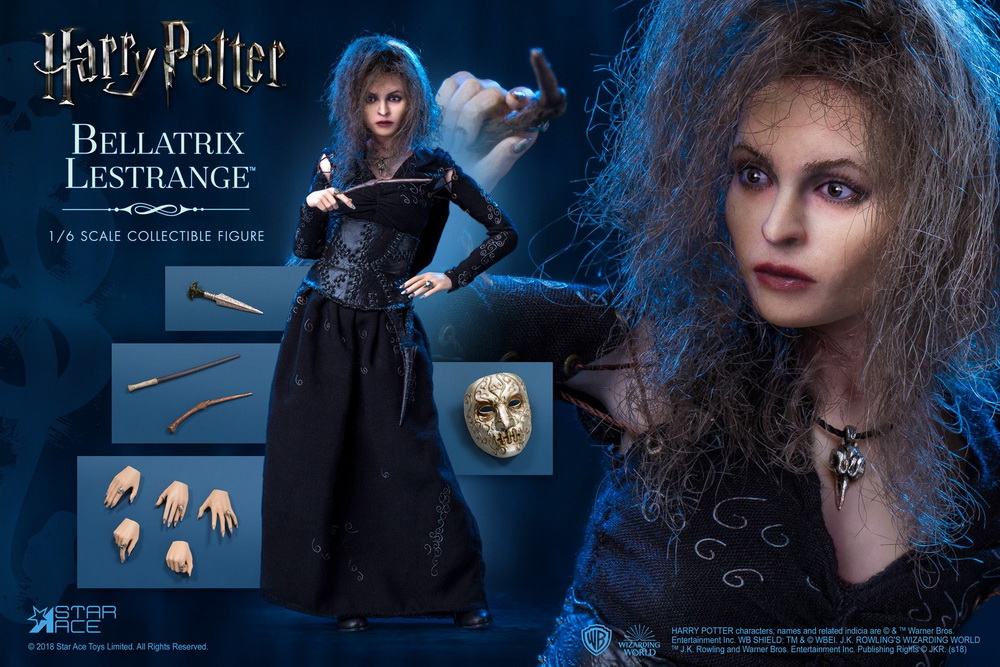 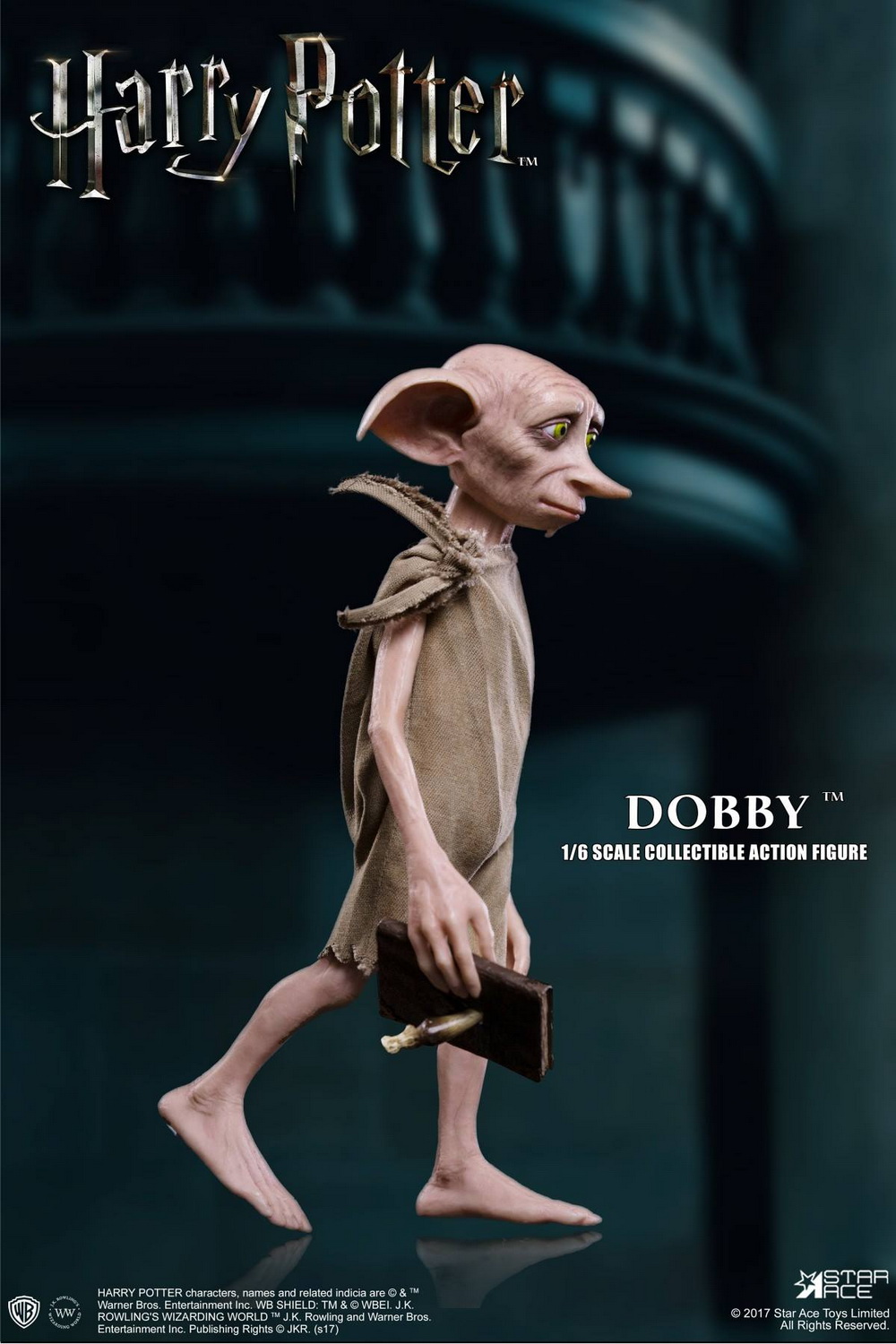 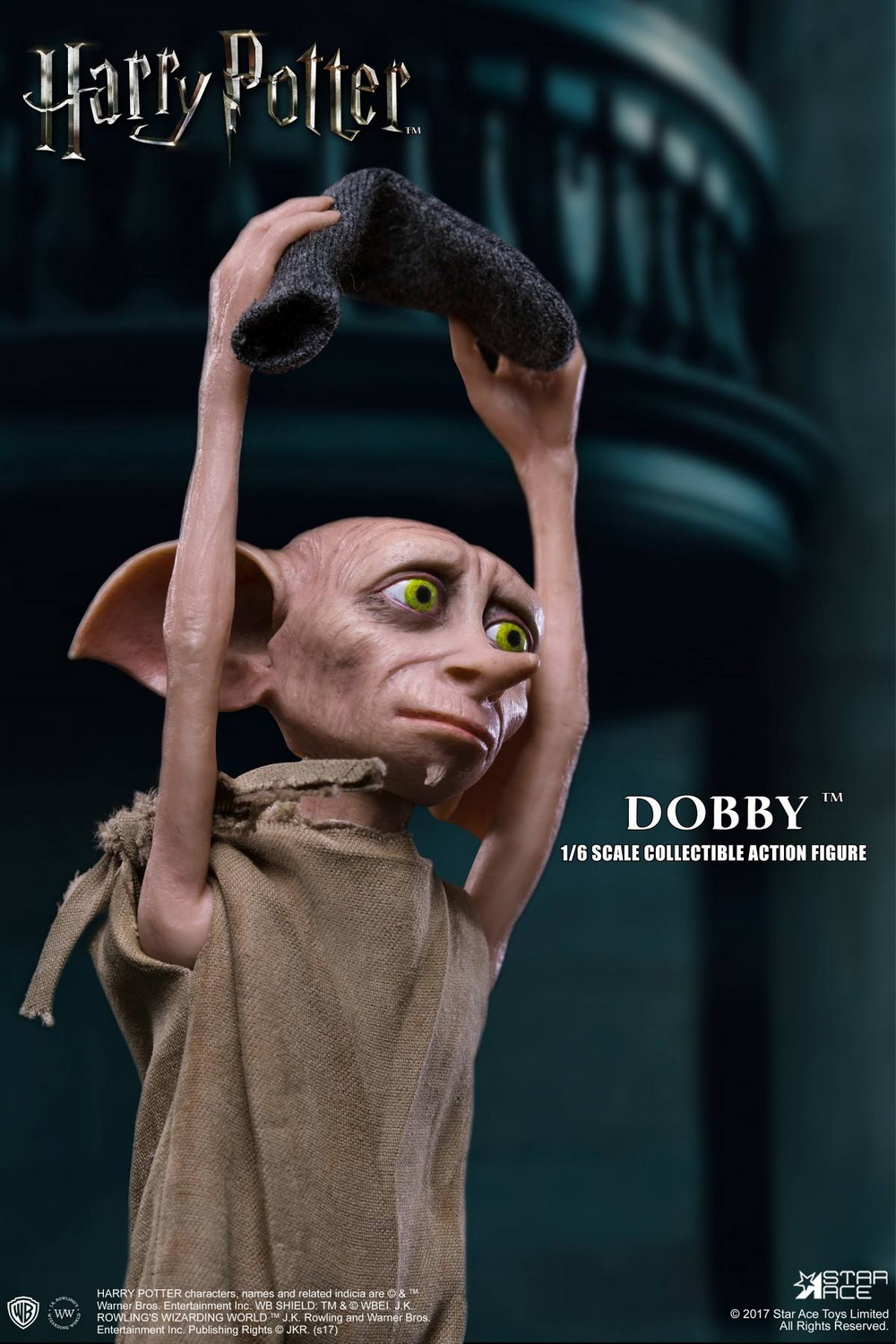 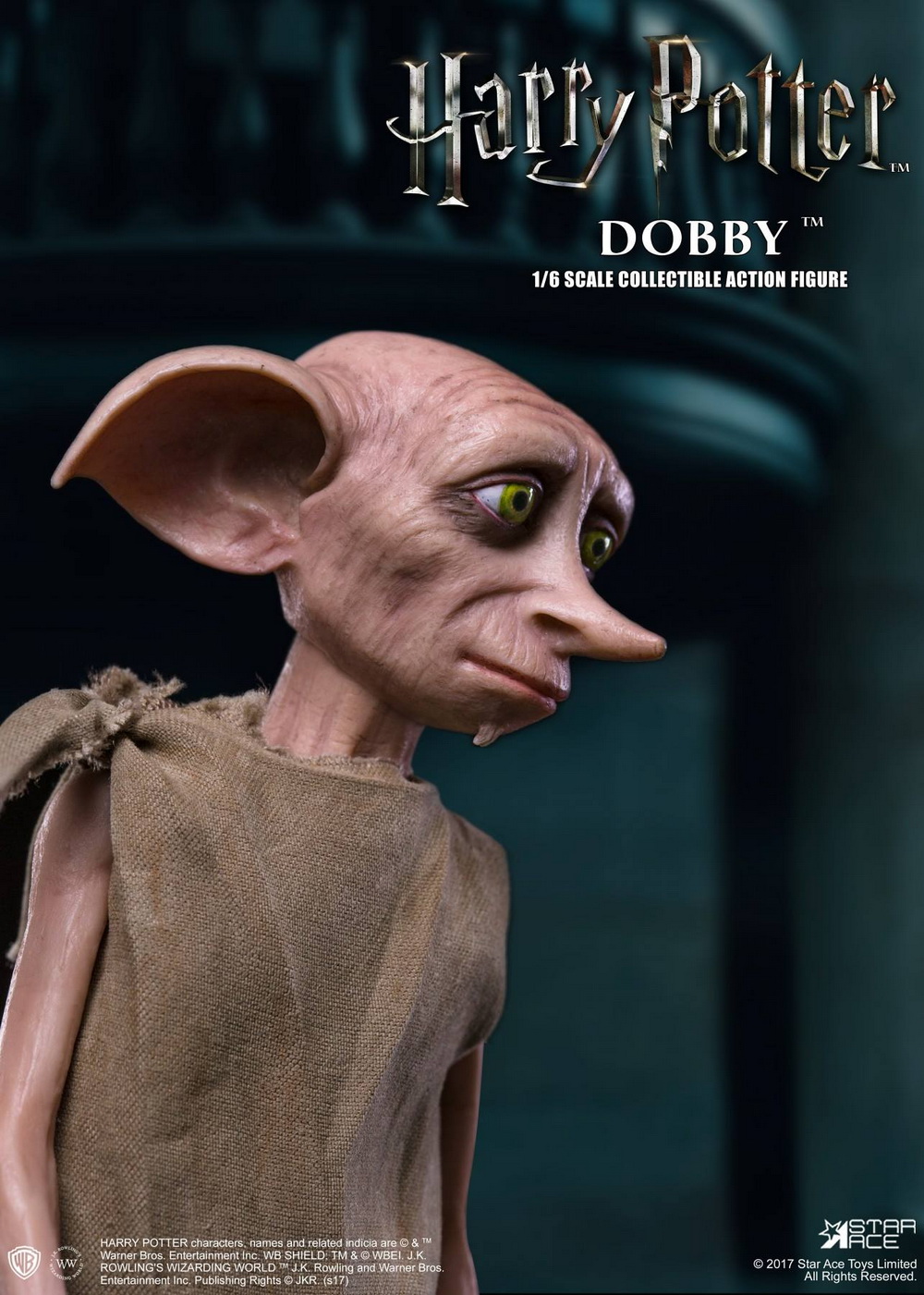 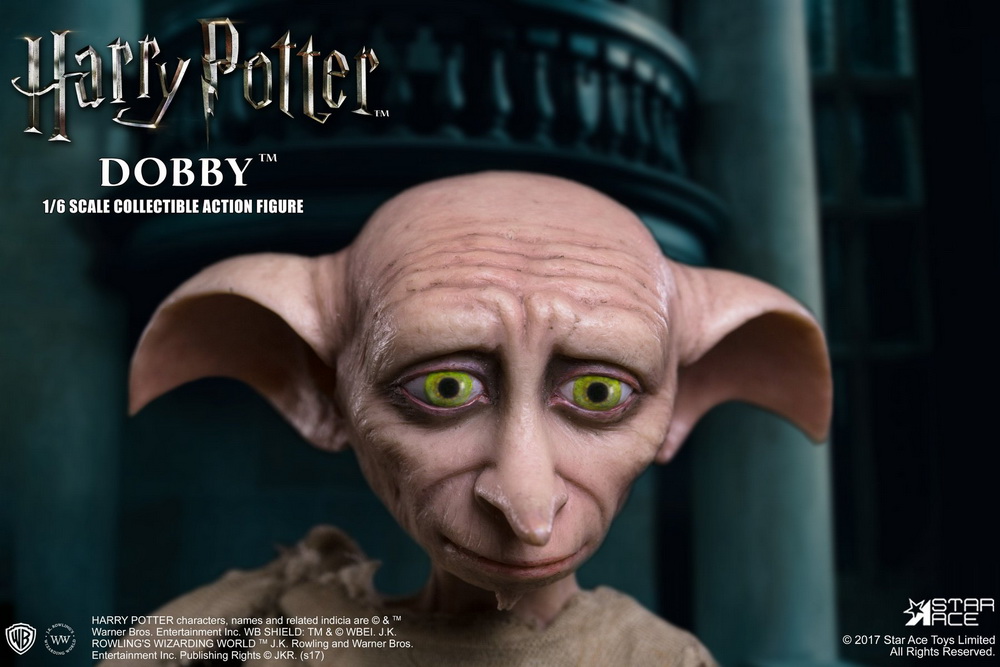 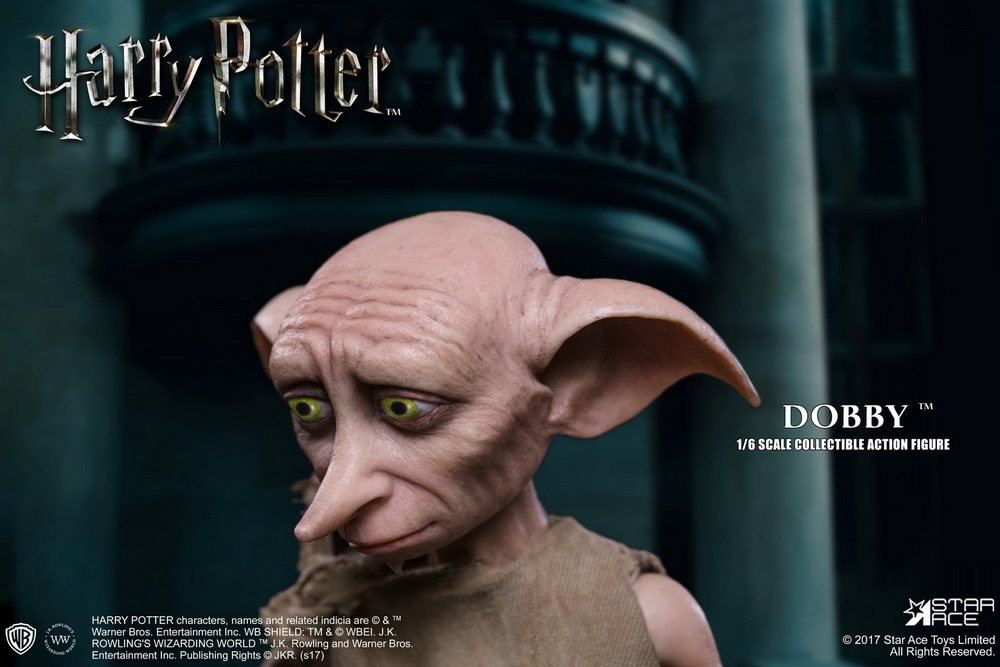 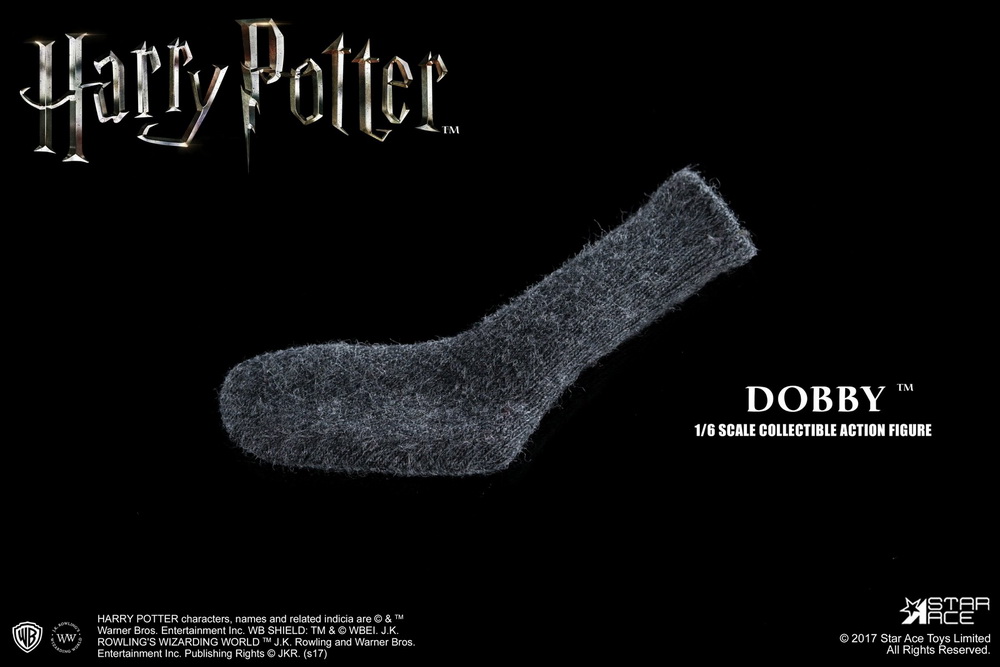 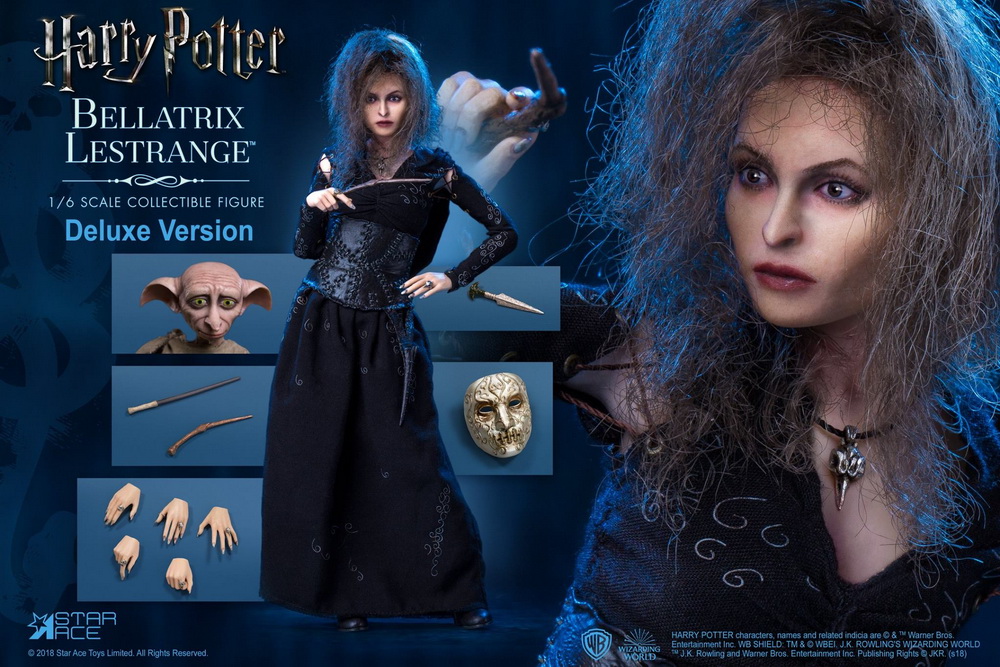