As one of the most popular and bizarre elements of the Marvel Universe, the Venom symbiote can possess people and give them powers in the process. This alien entity can shift from host to host and has managed to become entangled with characters! So what if Venom symbiote possessed Deadpool? Today, Hot Toys is very excited to bring to you the brand new 1/6th scale collectible figure that captures the wildly popular character – Venompool from an impressive lineup of Marvel Contest of Champions!

Expertly crafted based on the unique appearance of Venompool in the game, the collectible figure standing approximately 36.5cm tall features a newly developed head sculpt with 3 pairs of interchangeable eye pieces and 2 interchangeable long tongues to create numerous combinations of character’s expressions, a skillfully tailored red and black suit capturing numerous fine details, signature weapons including a pair of katanas and a pistol, last but not least, a variety of interchangeable hands available for different gestures!

Furthermore, a Special Edition available in selected markets will include as additional grinning head sculpt as bonus item exclusively for collectors. 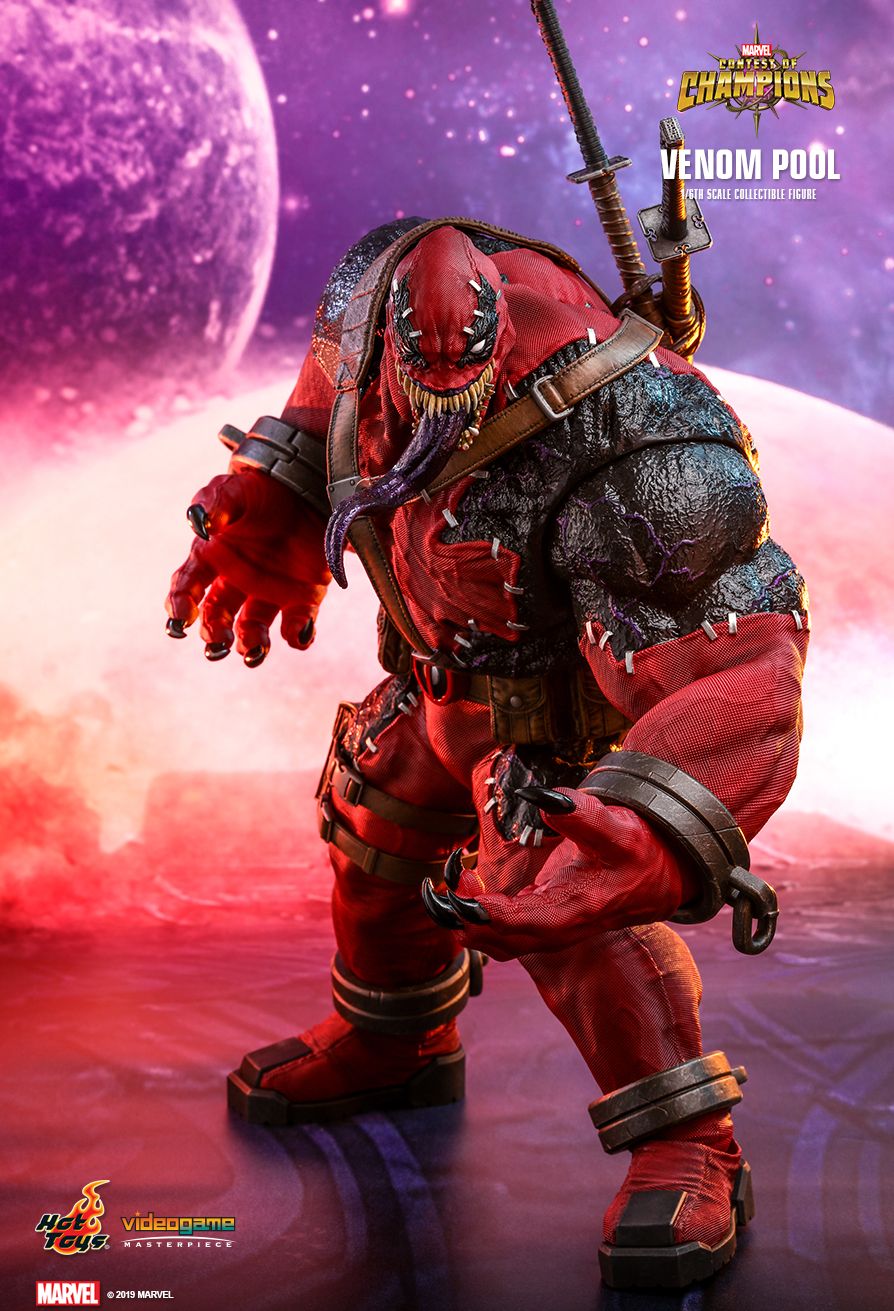 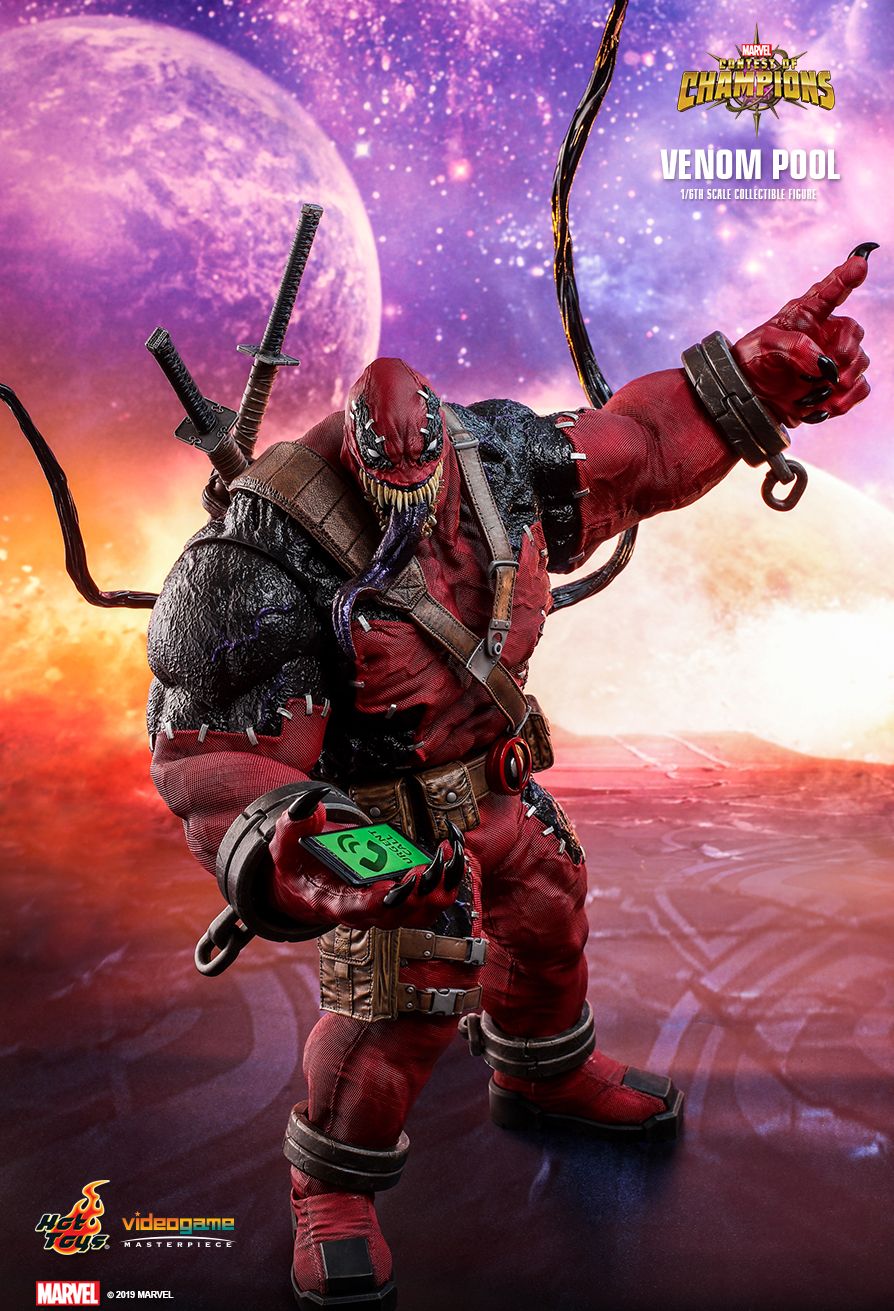 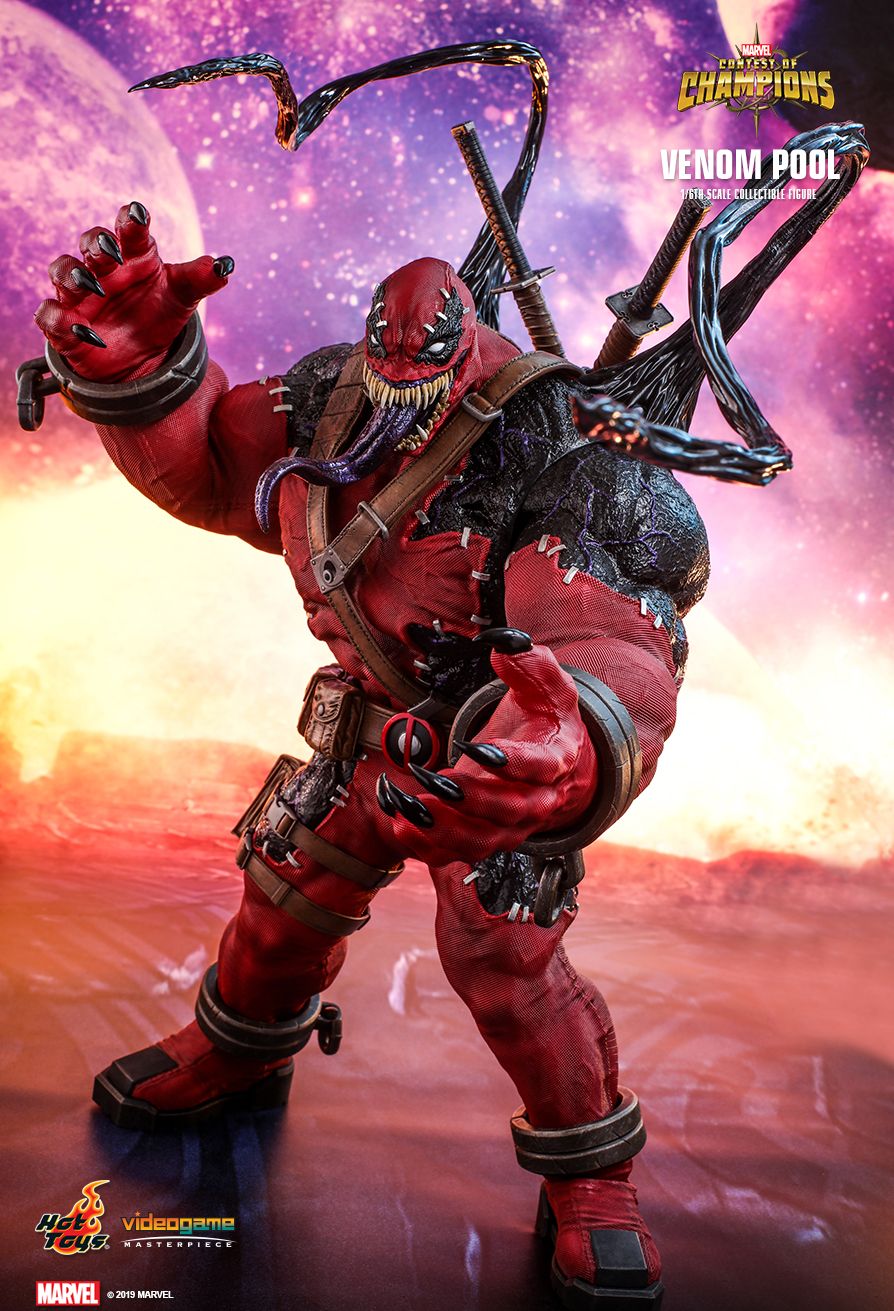 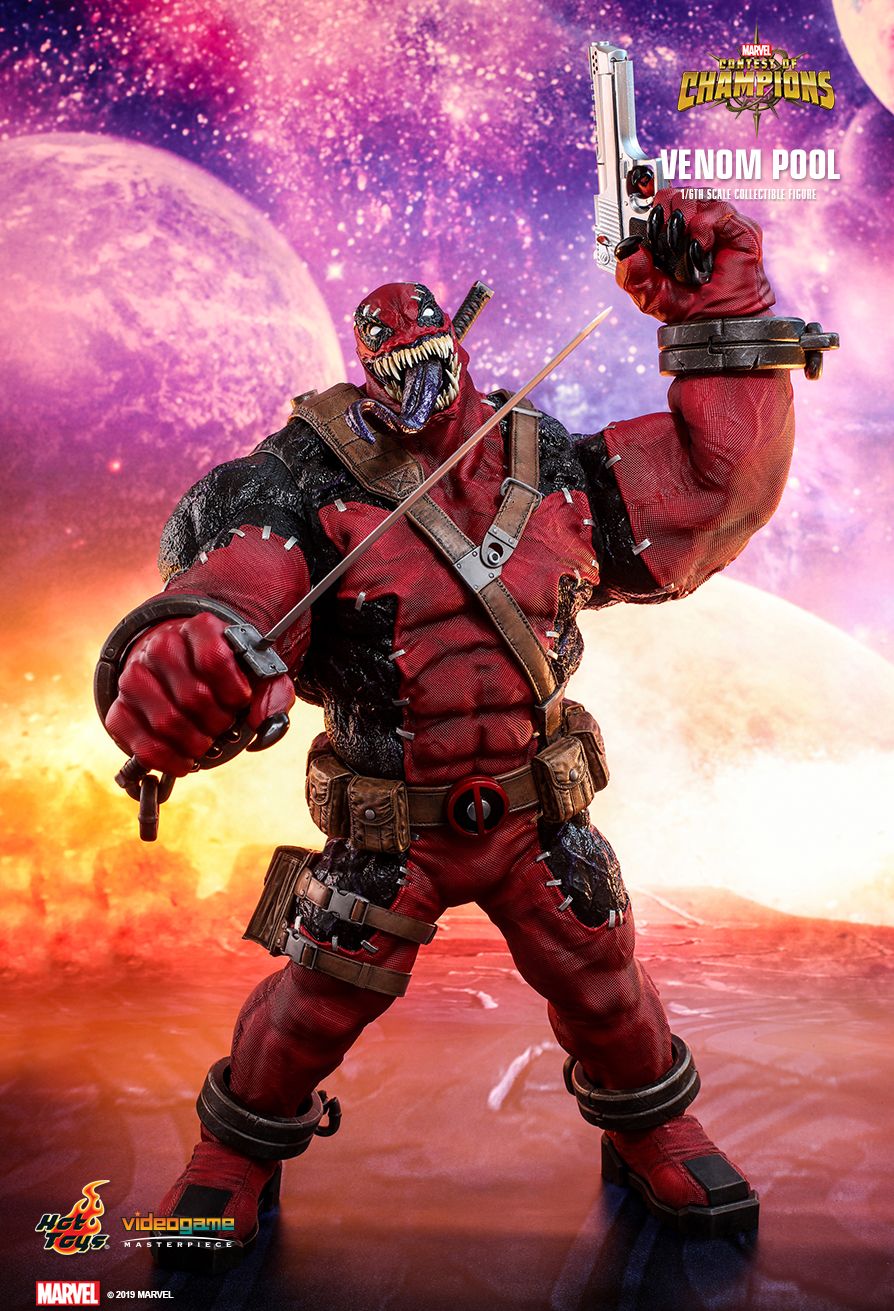 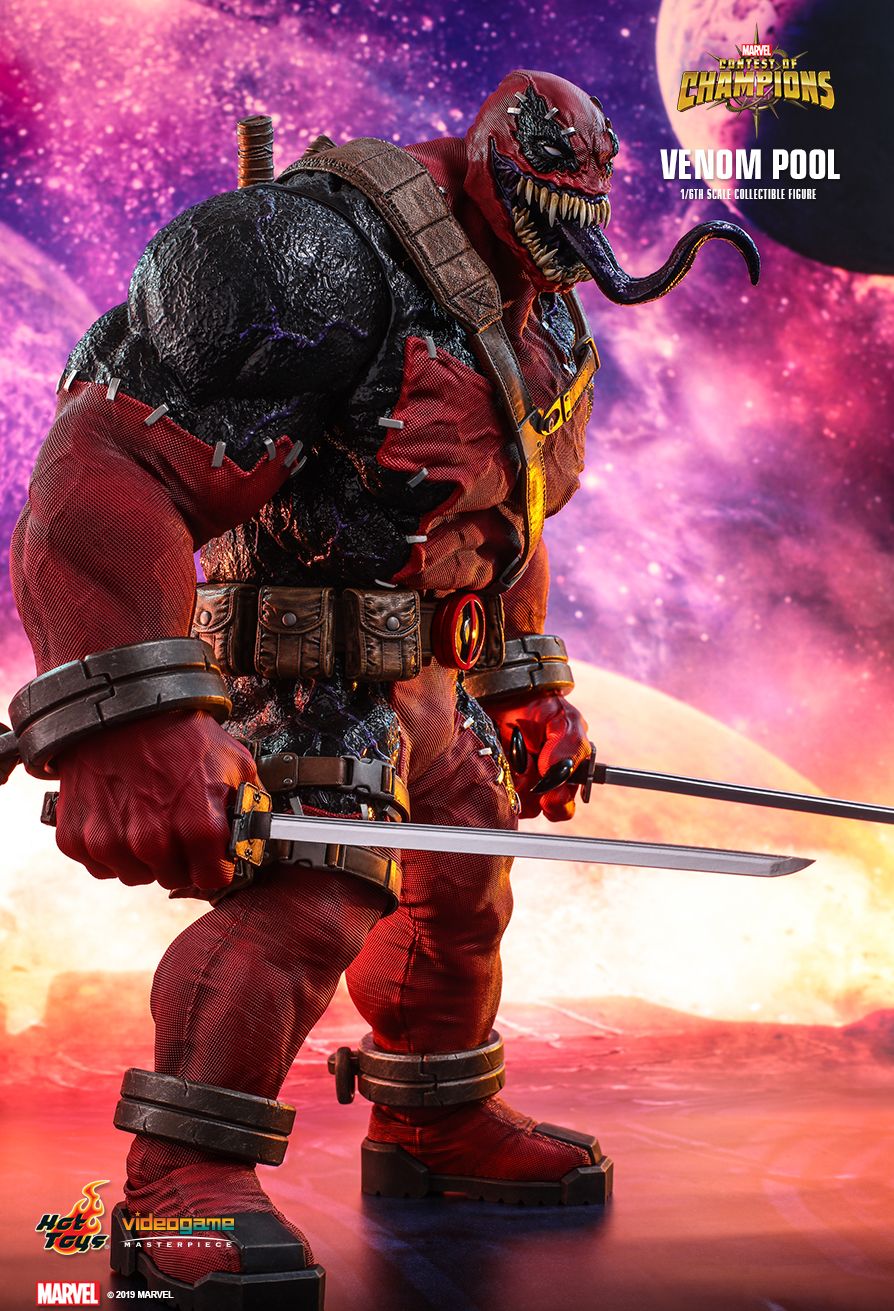 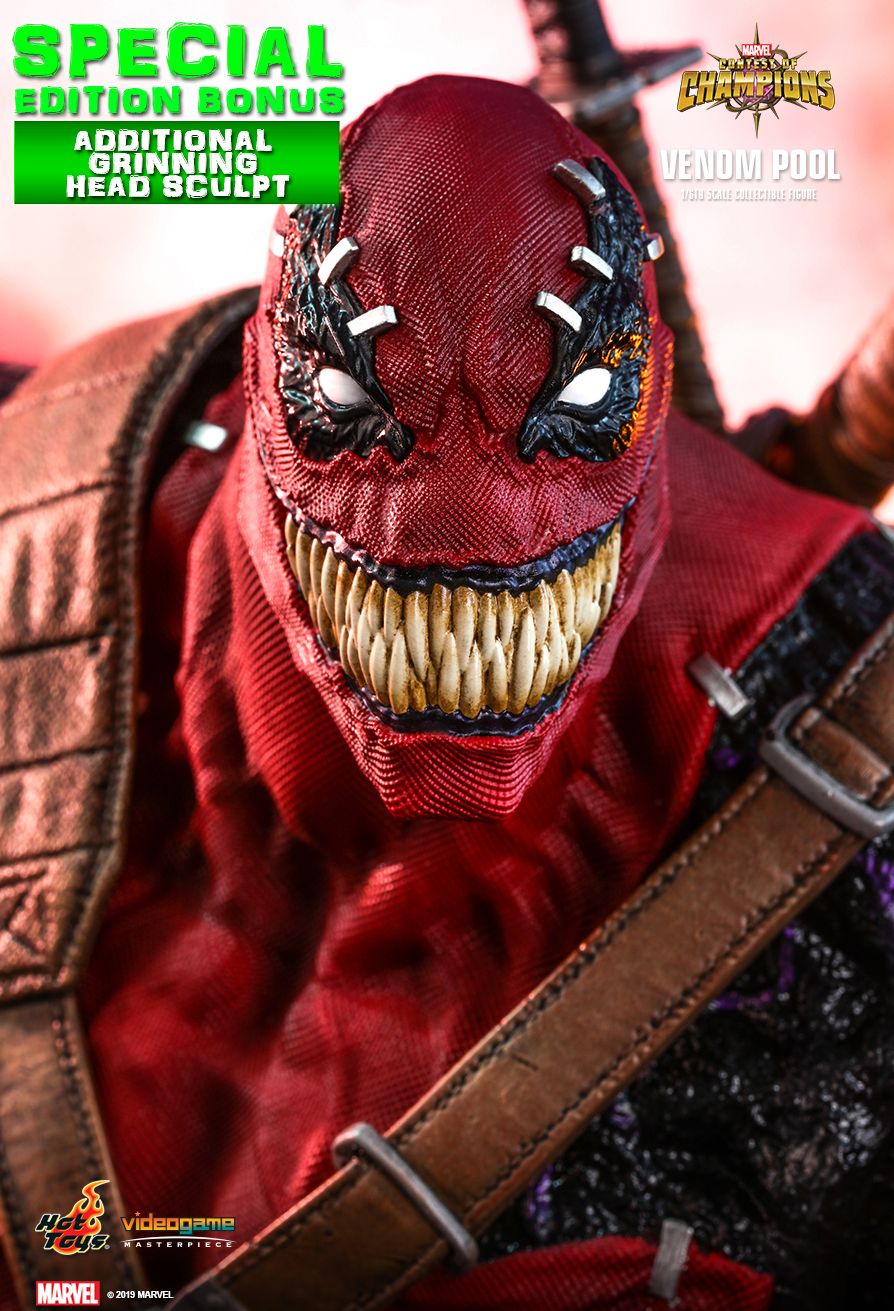 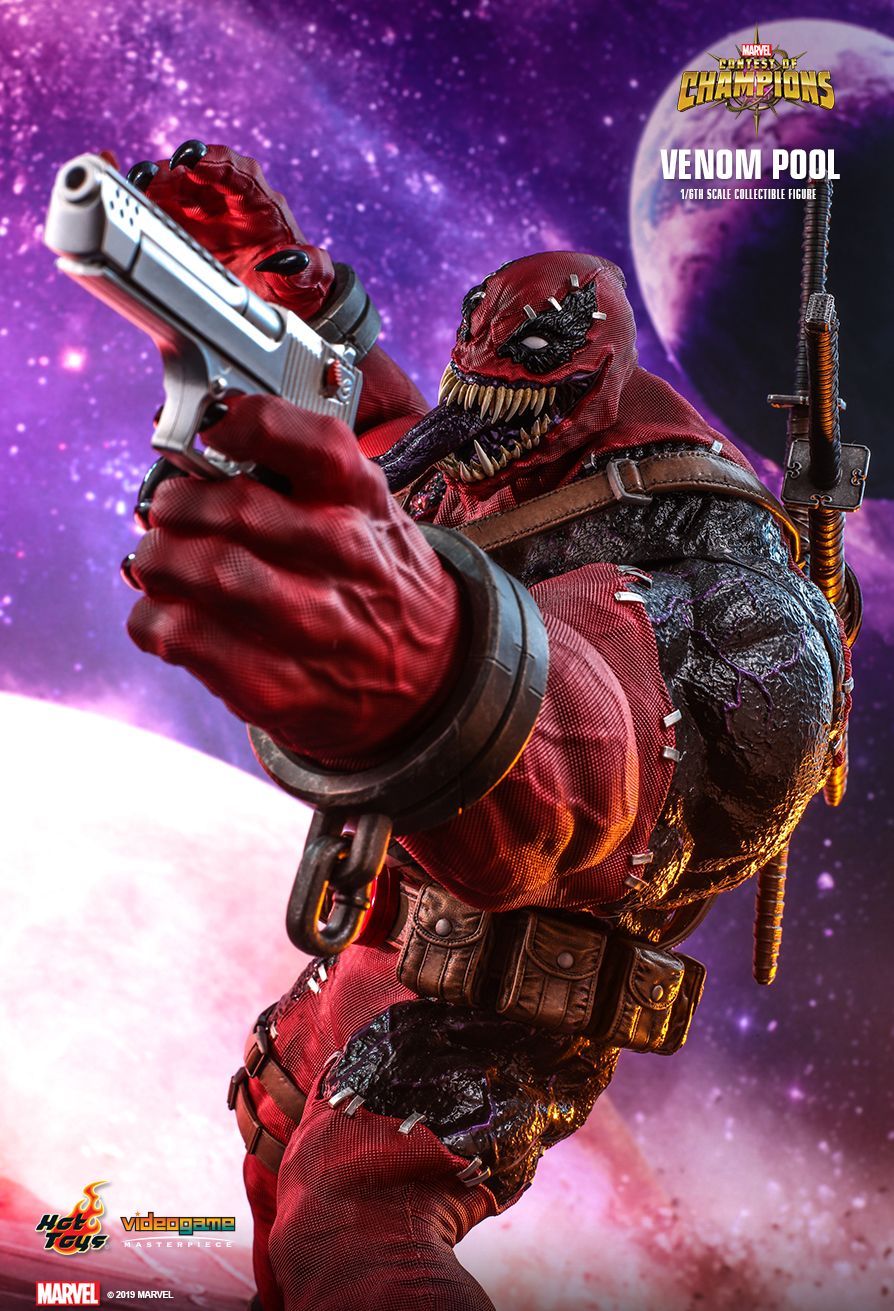 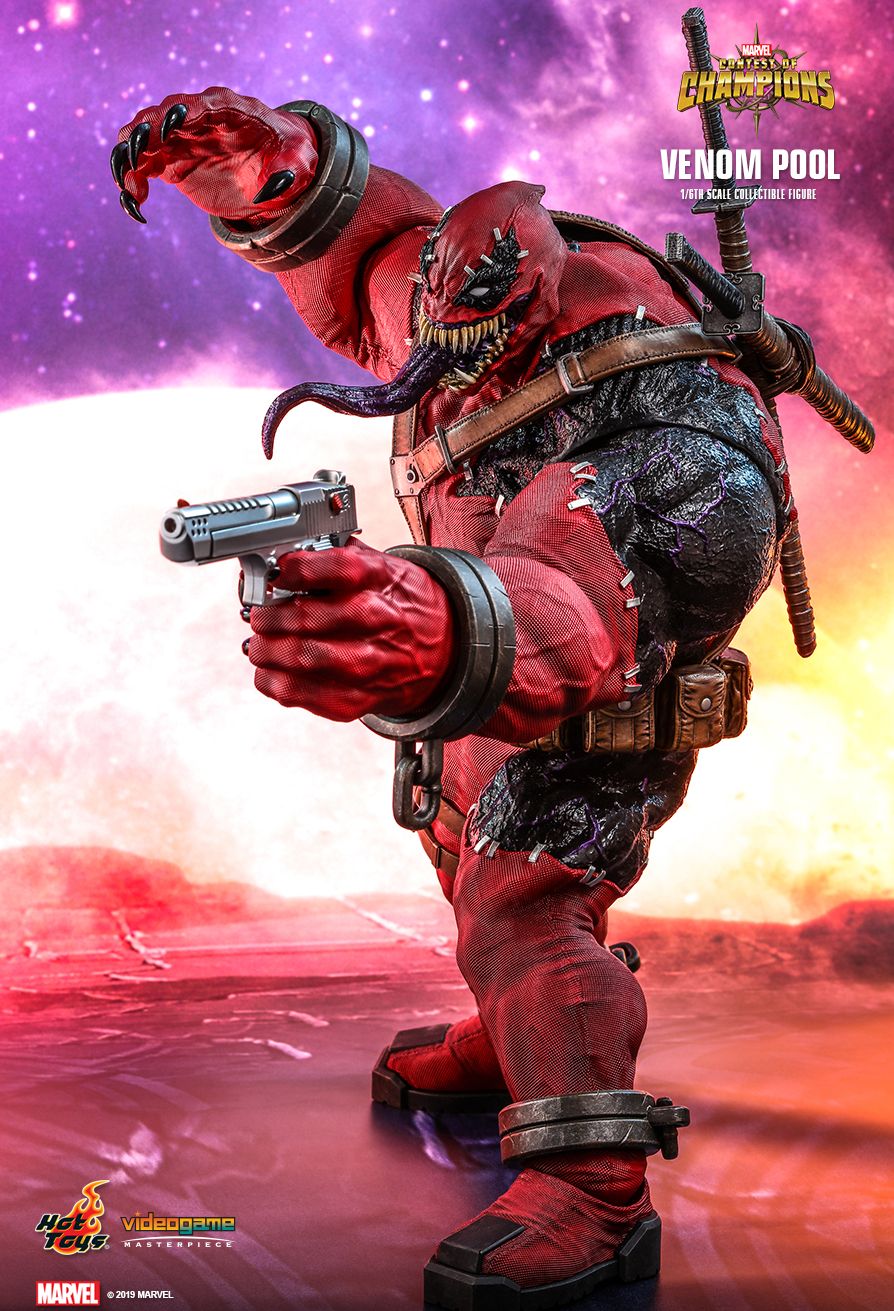 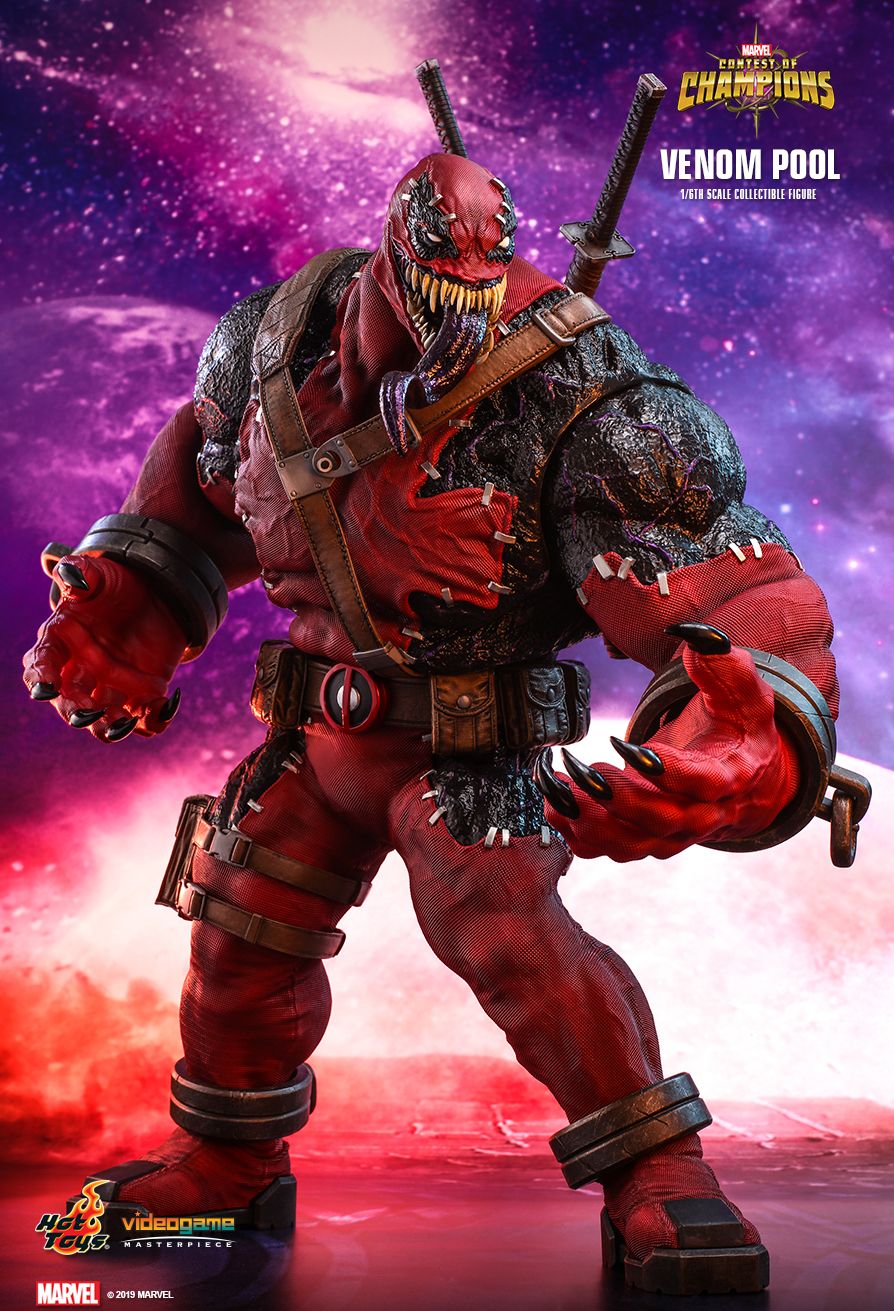 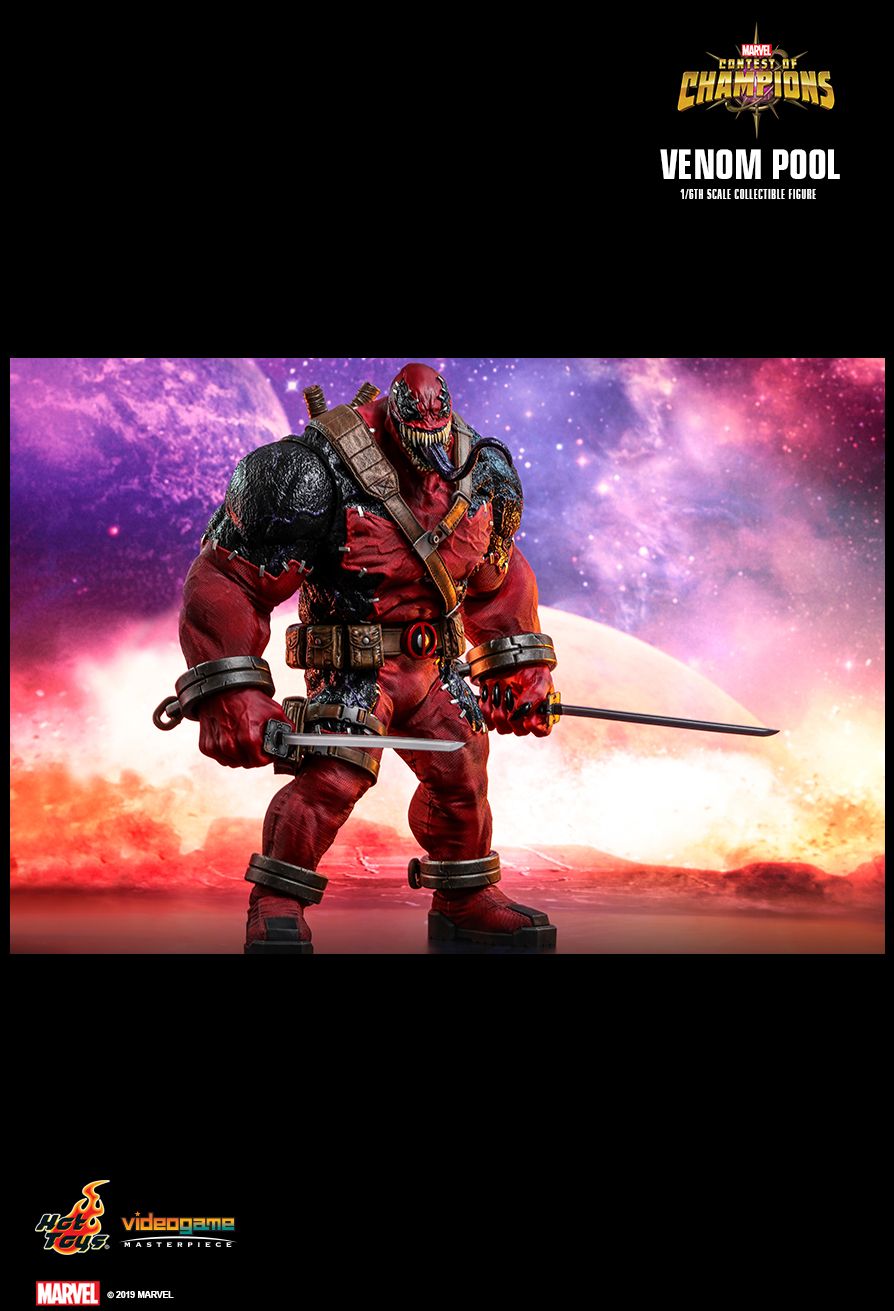 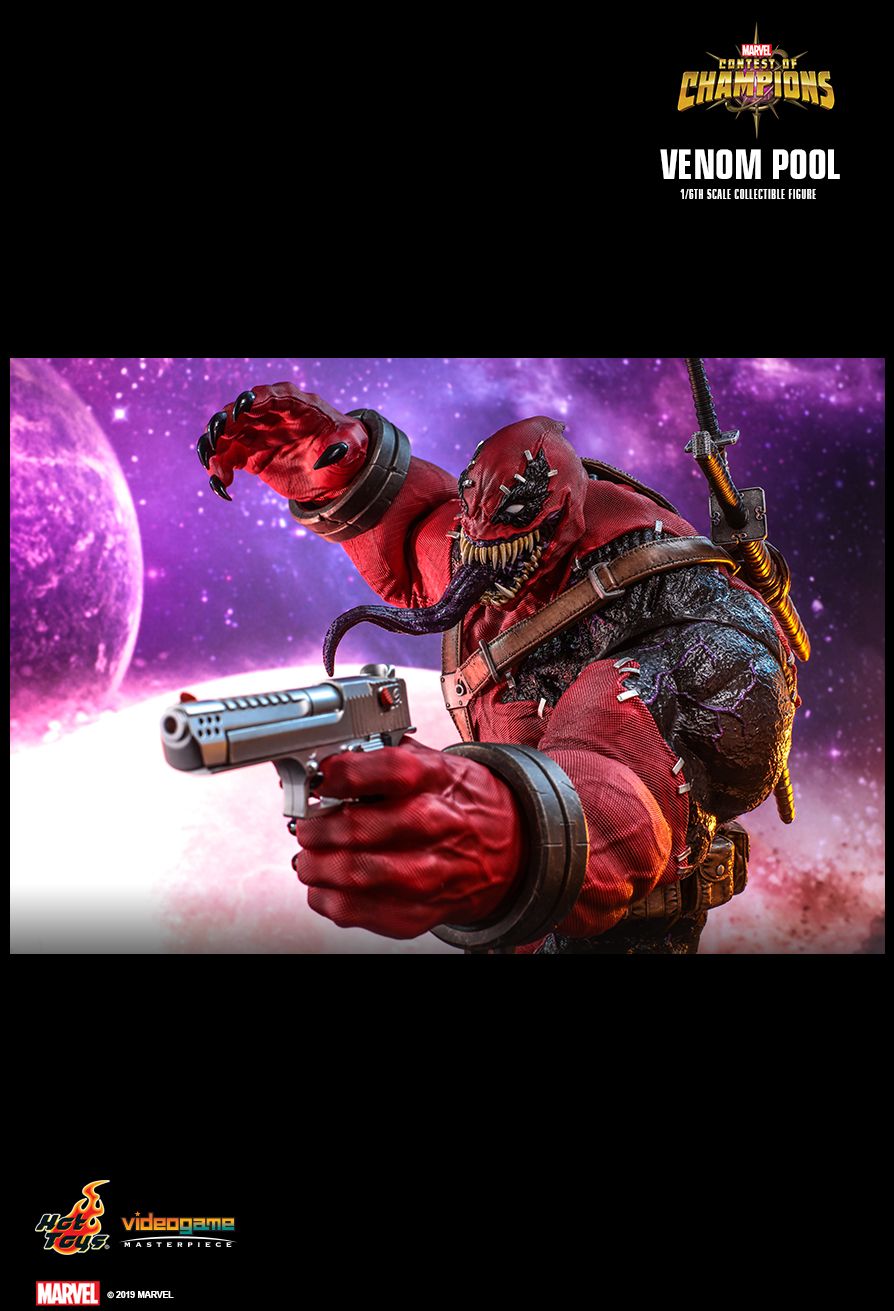 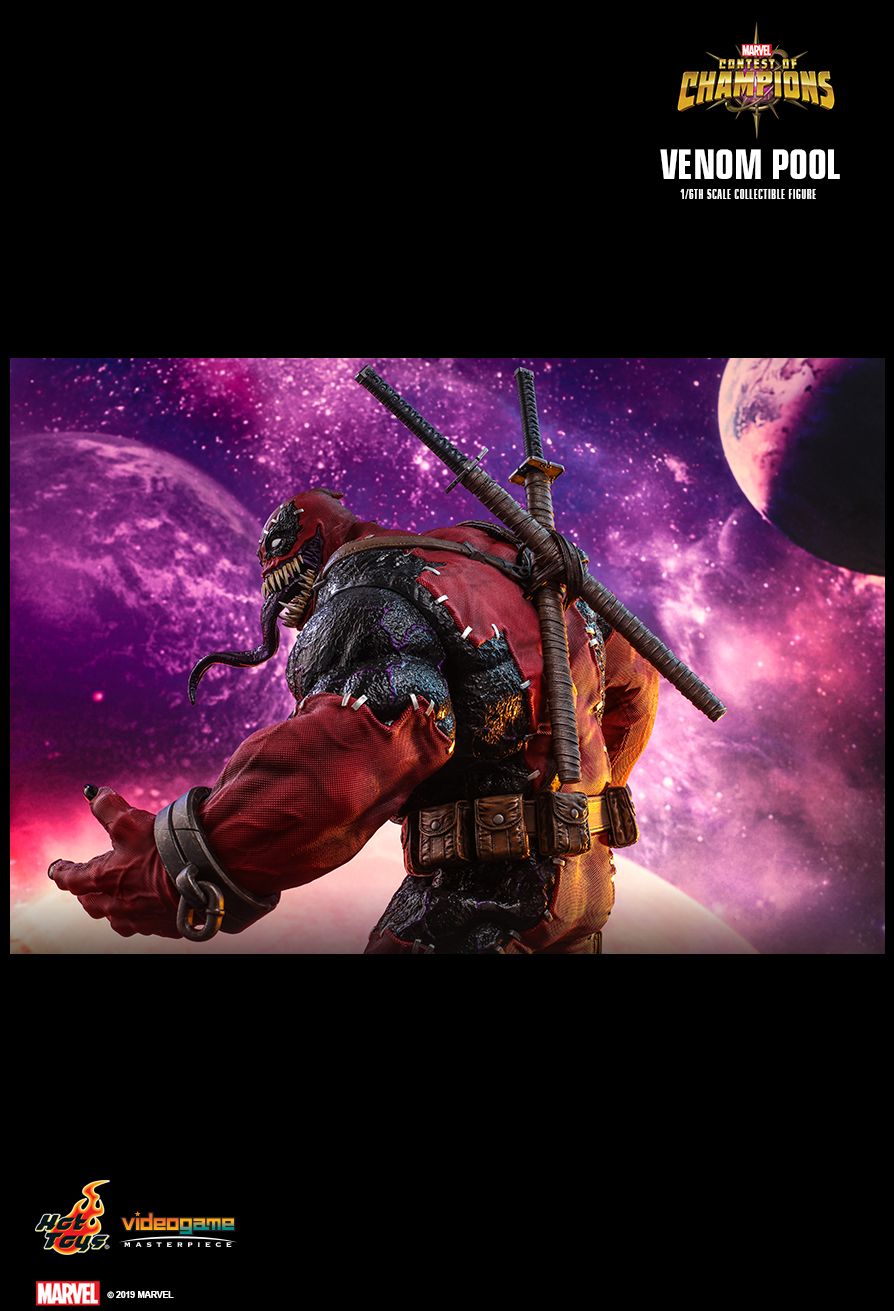 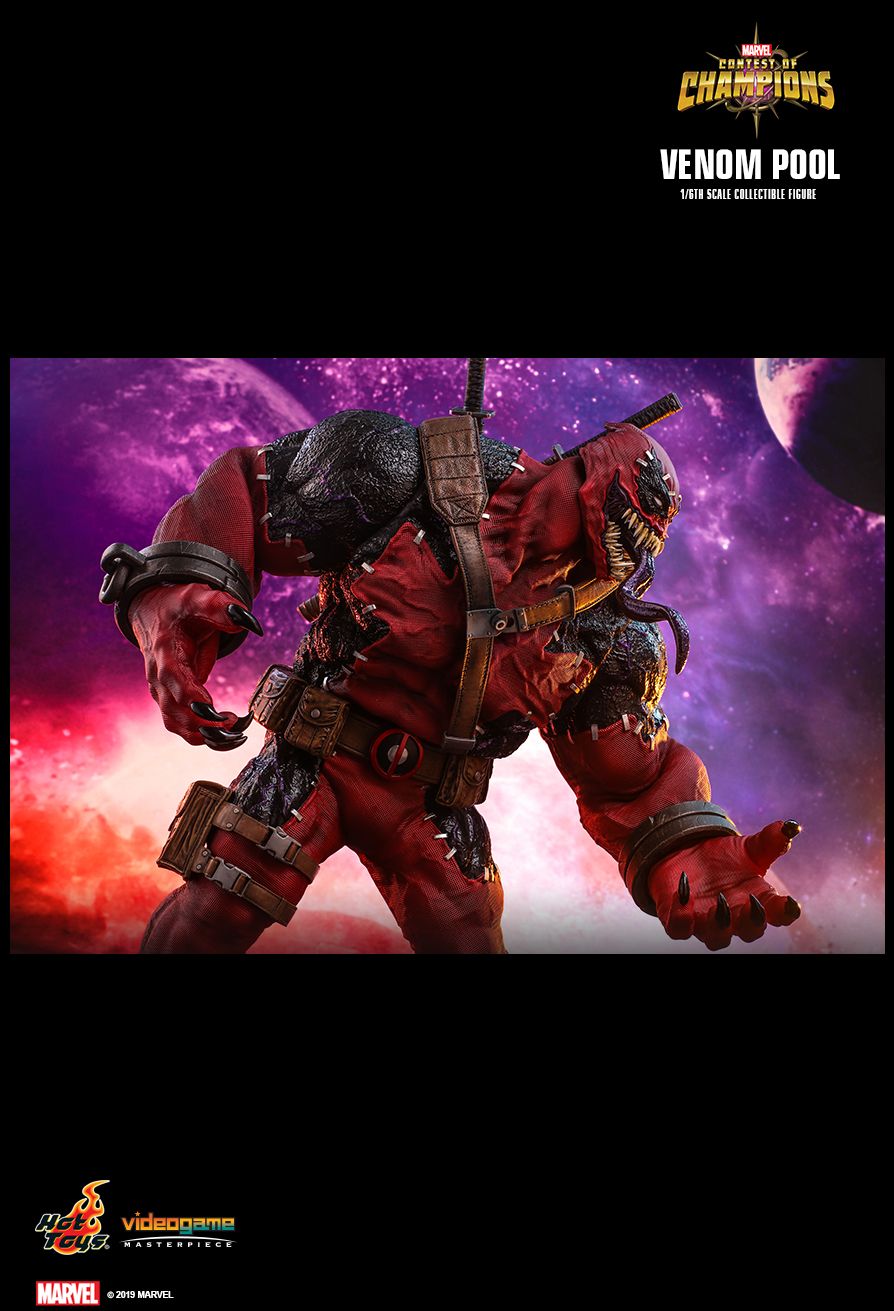 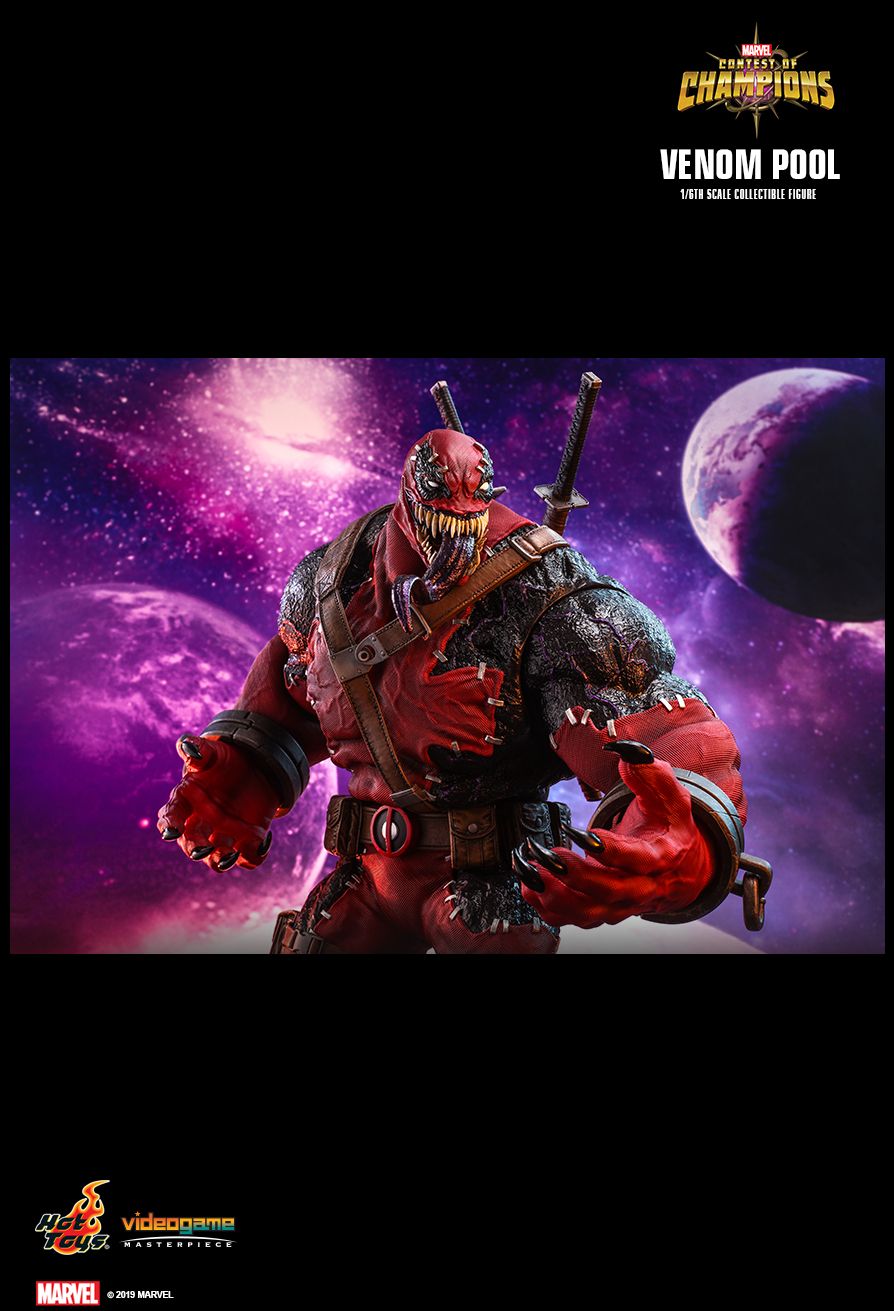 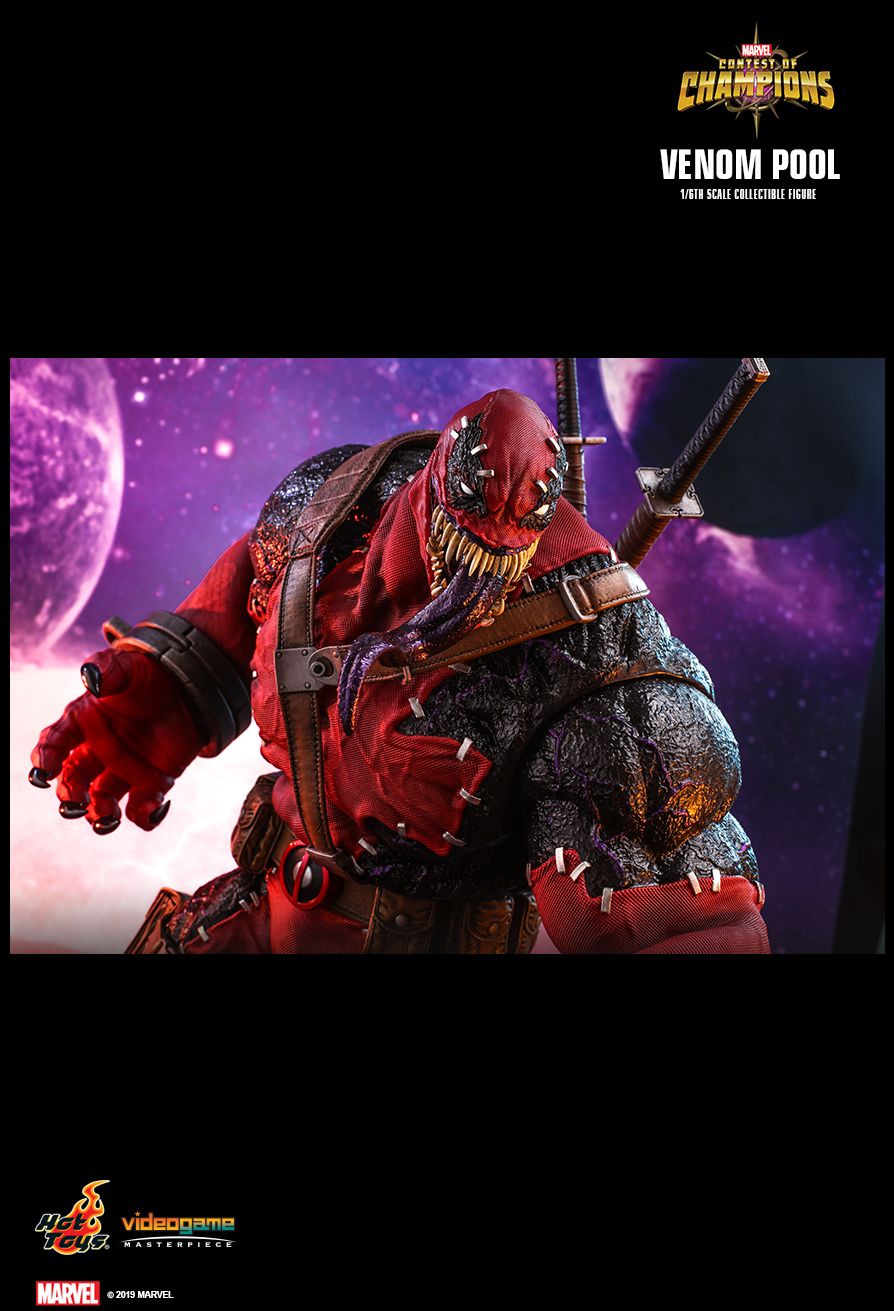 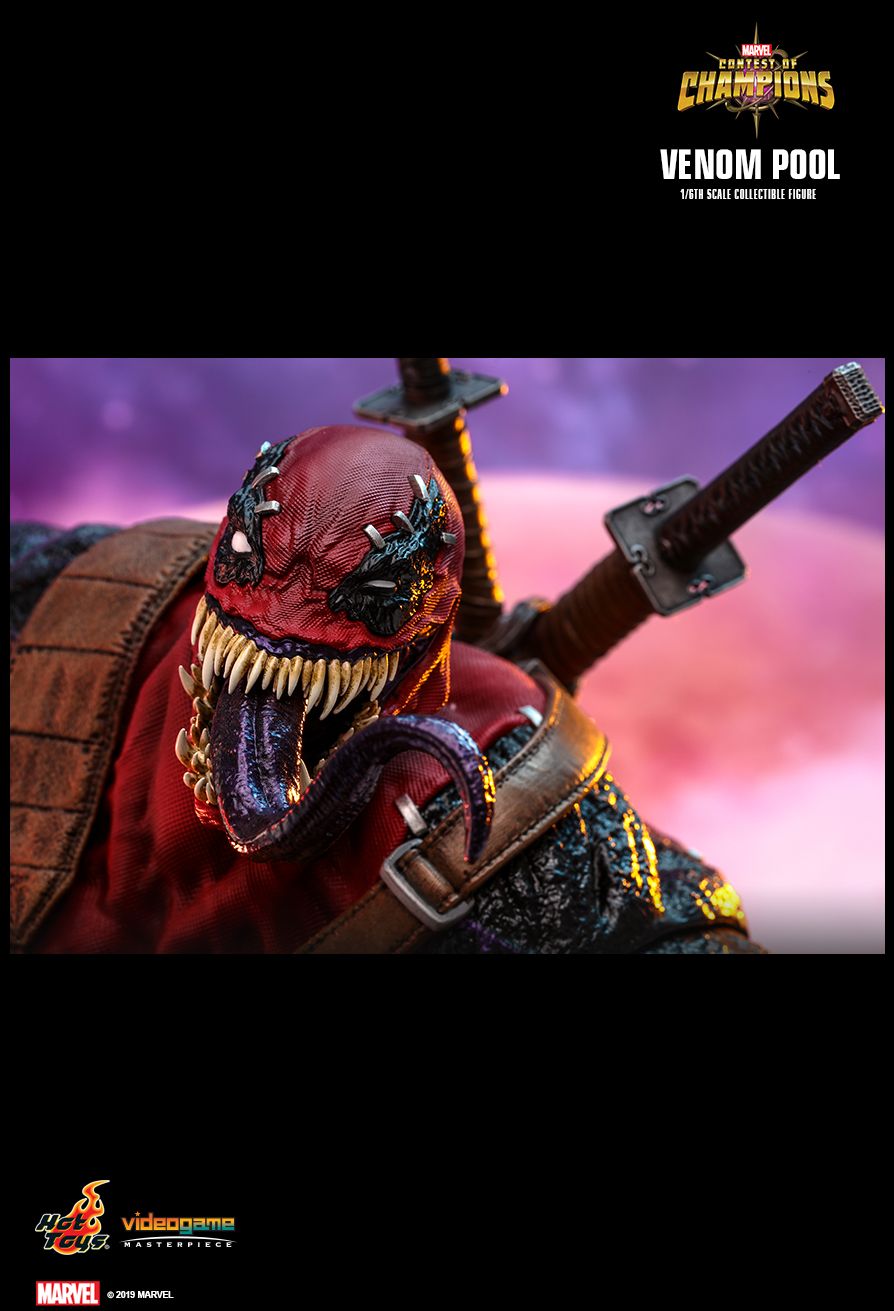 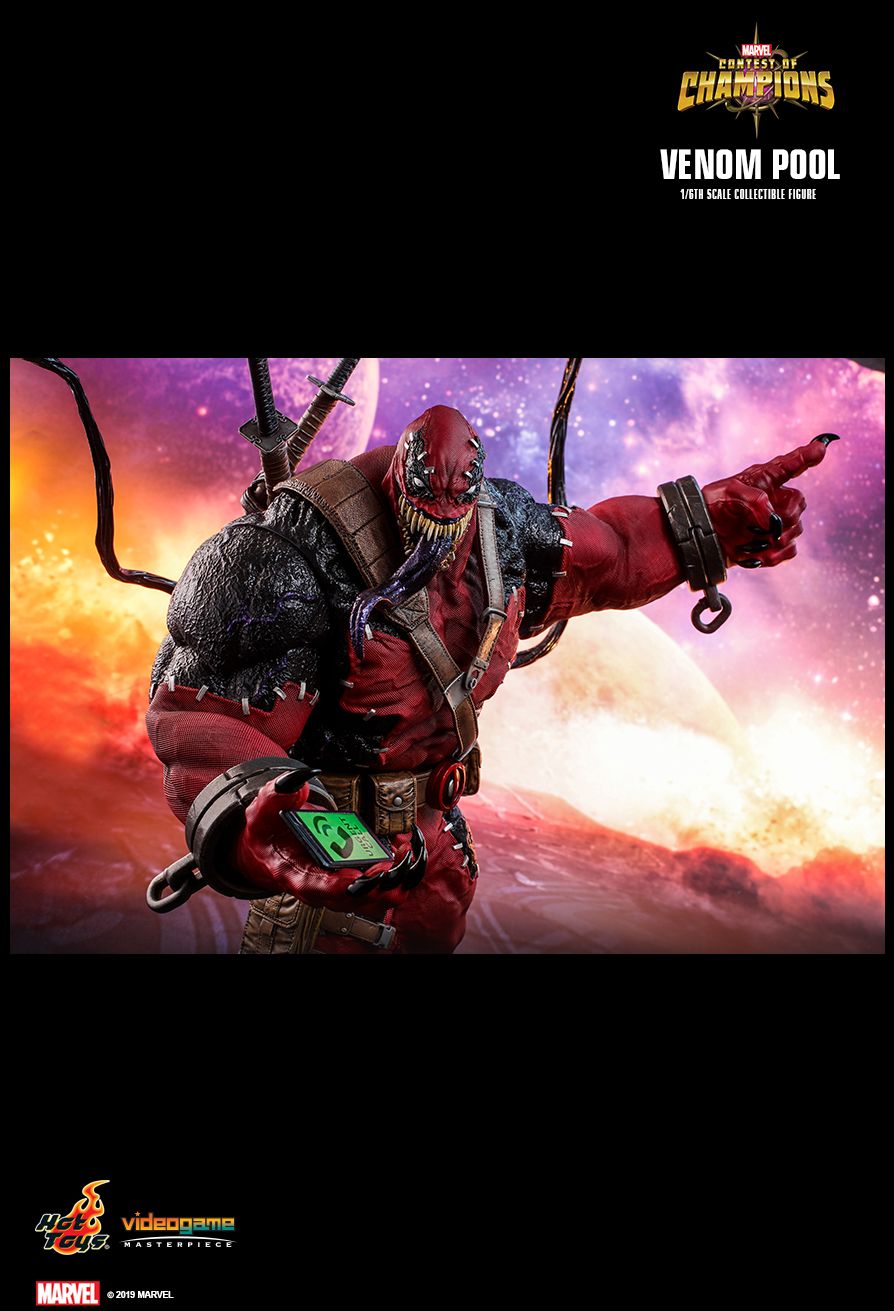 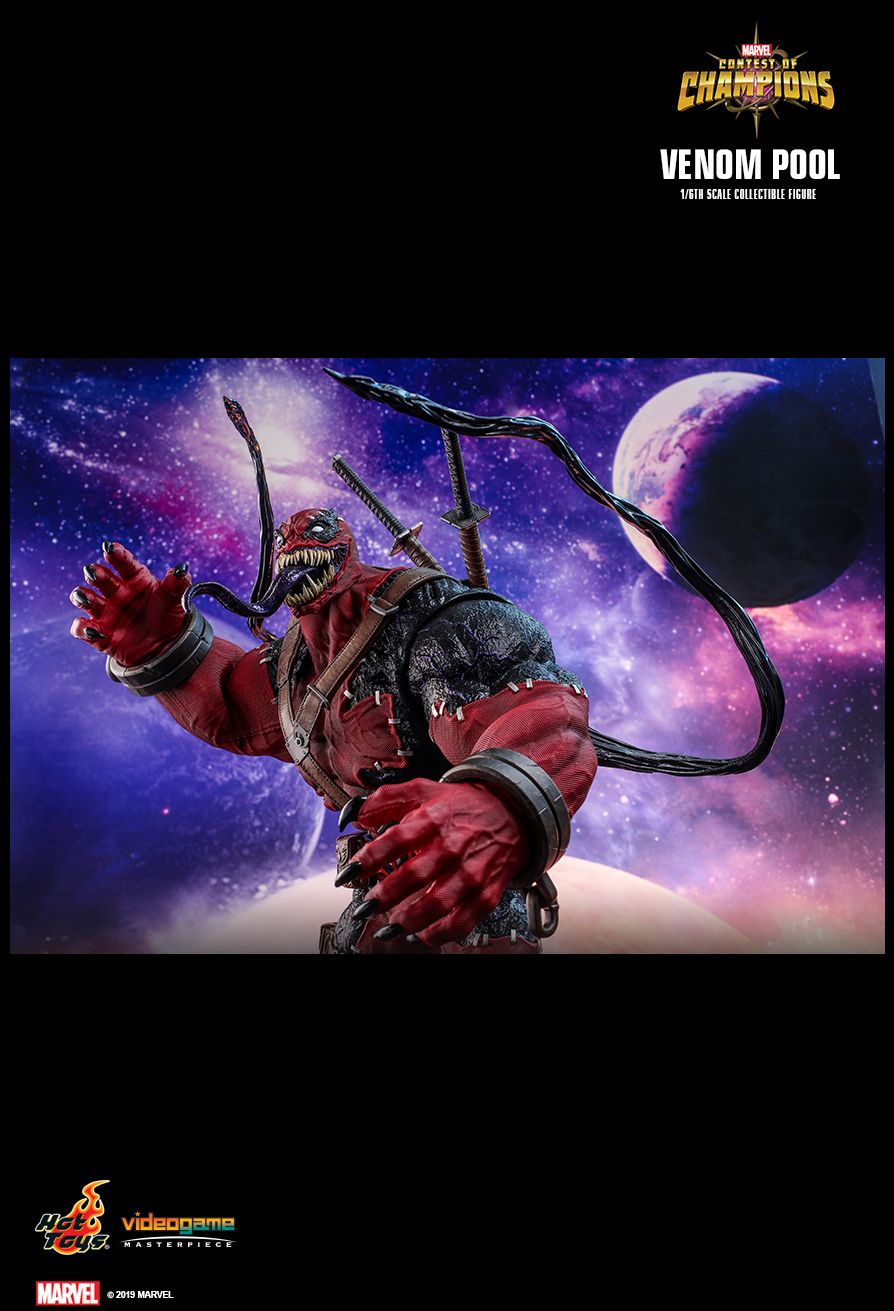 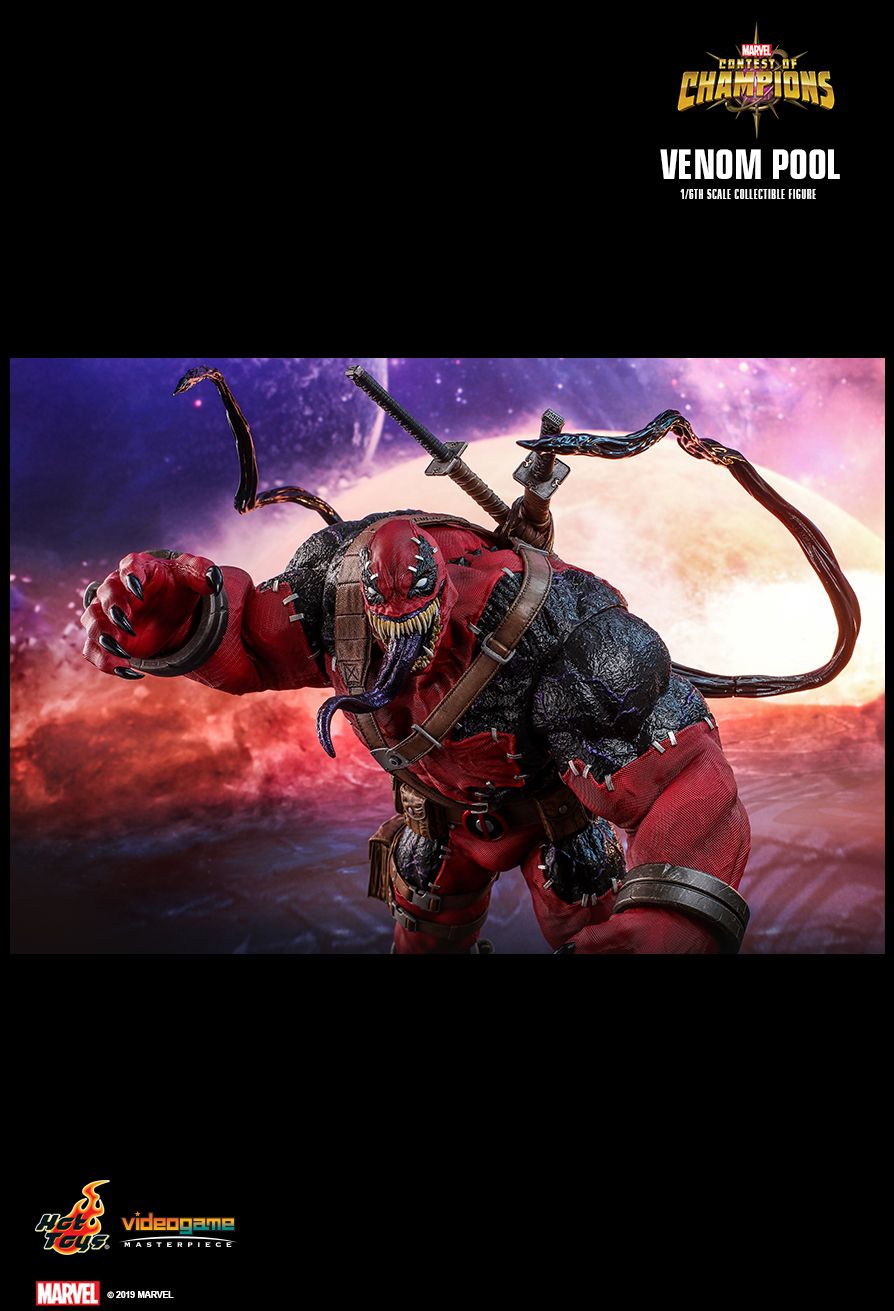 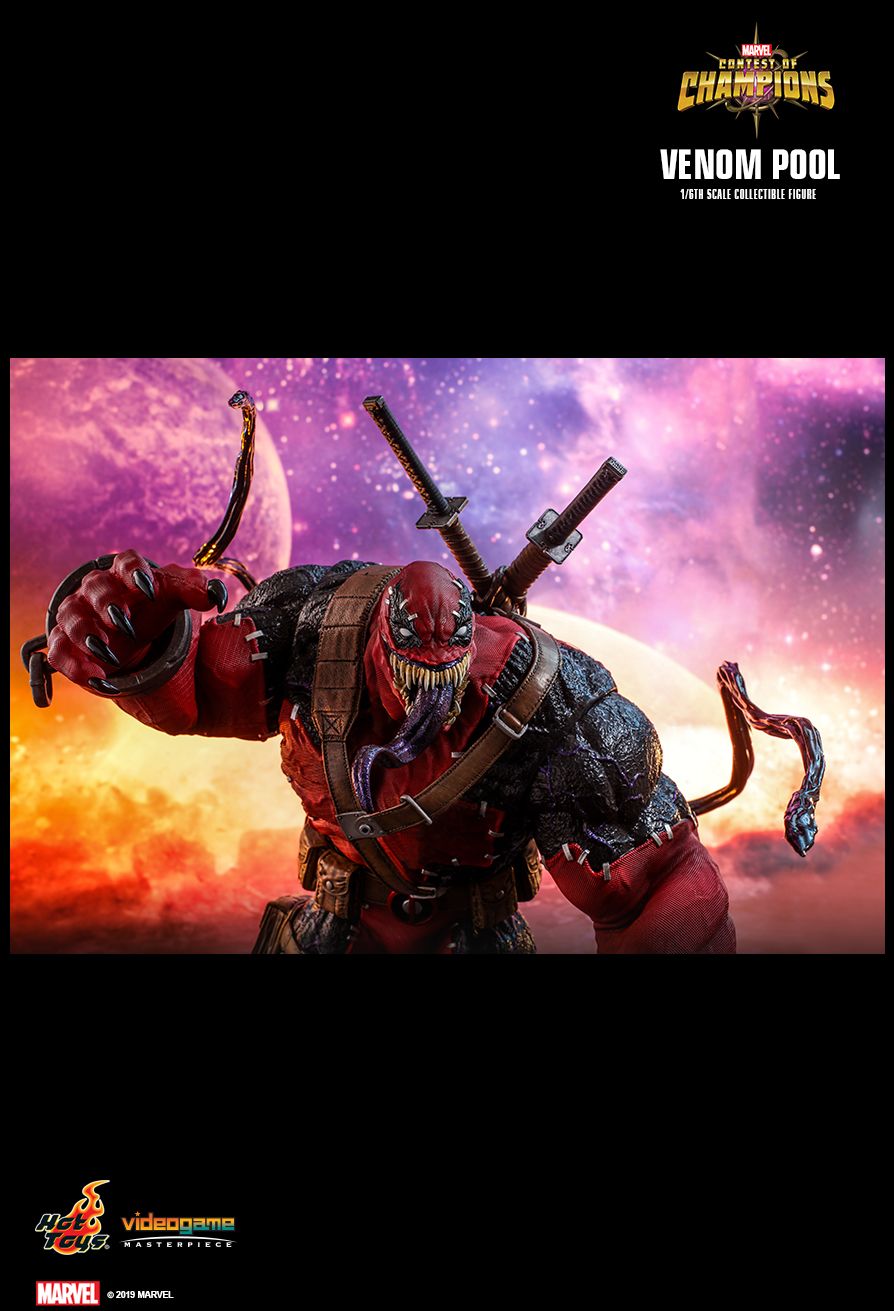 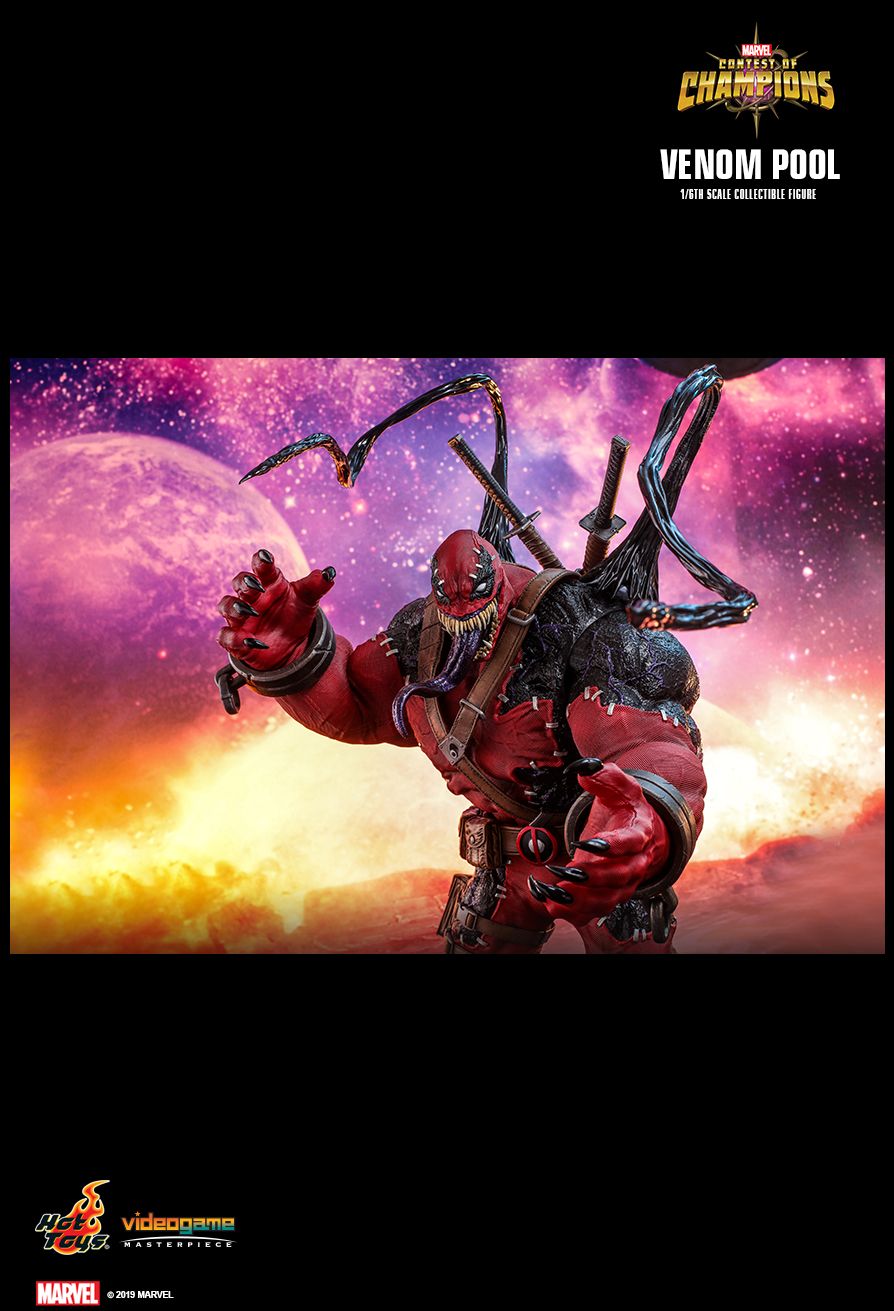 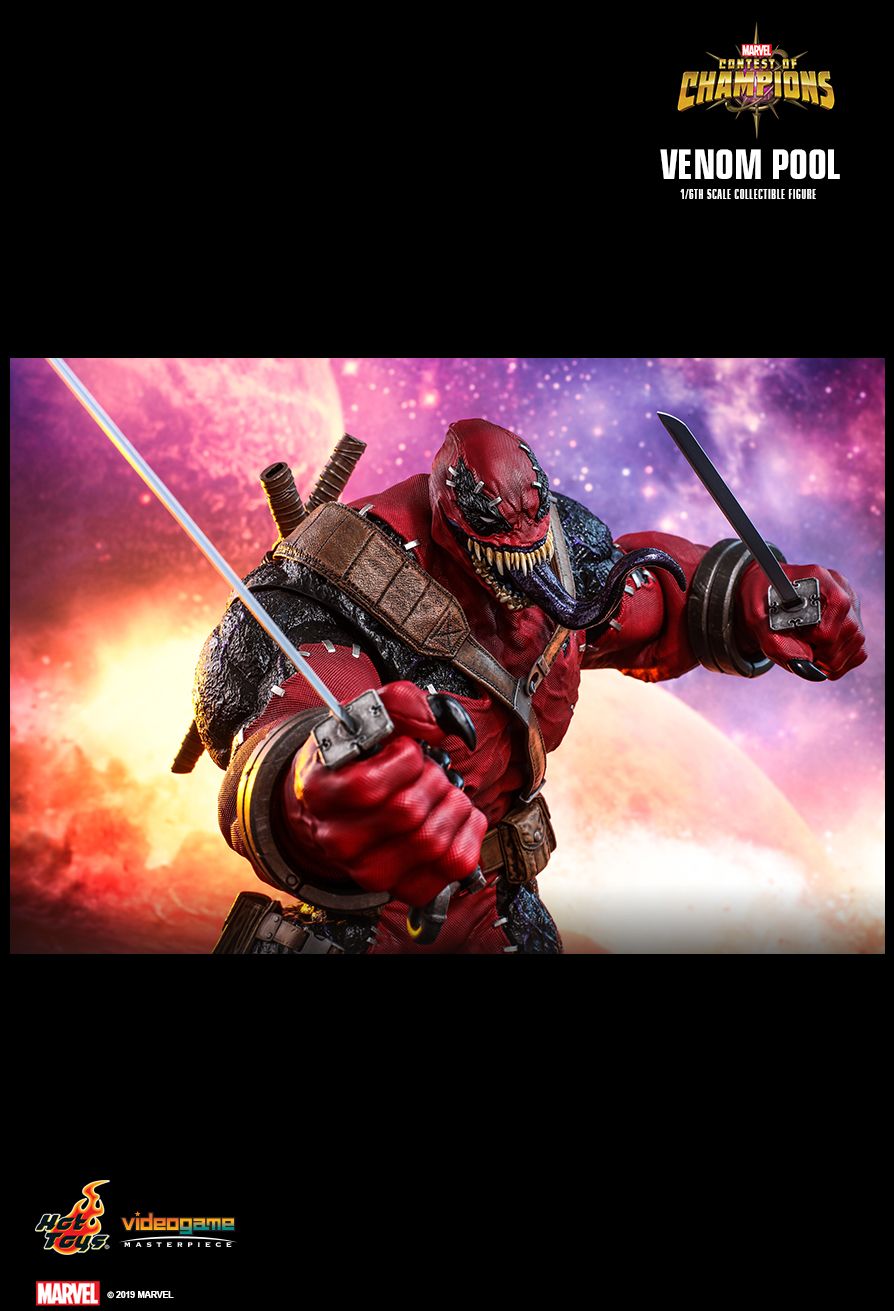 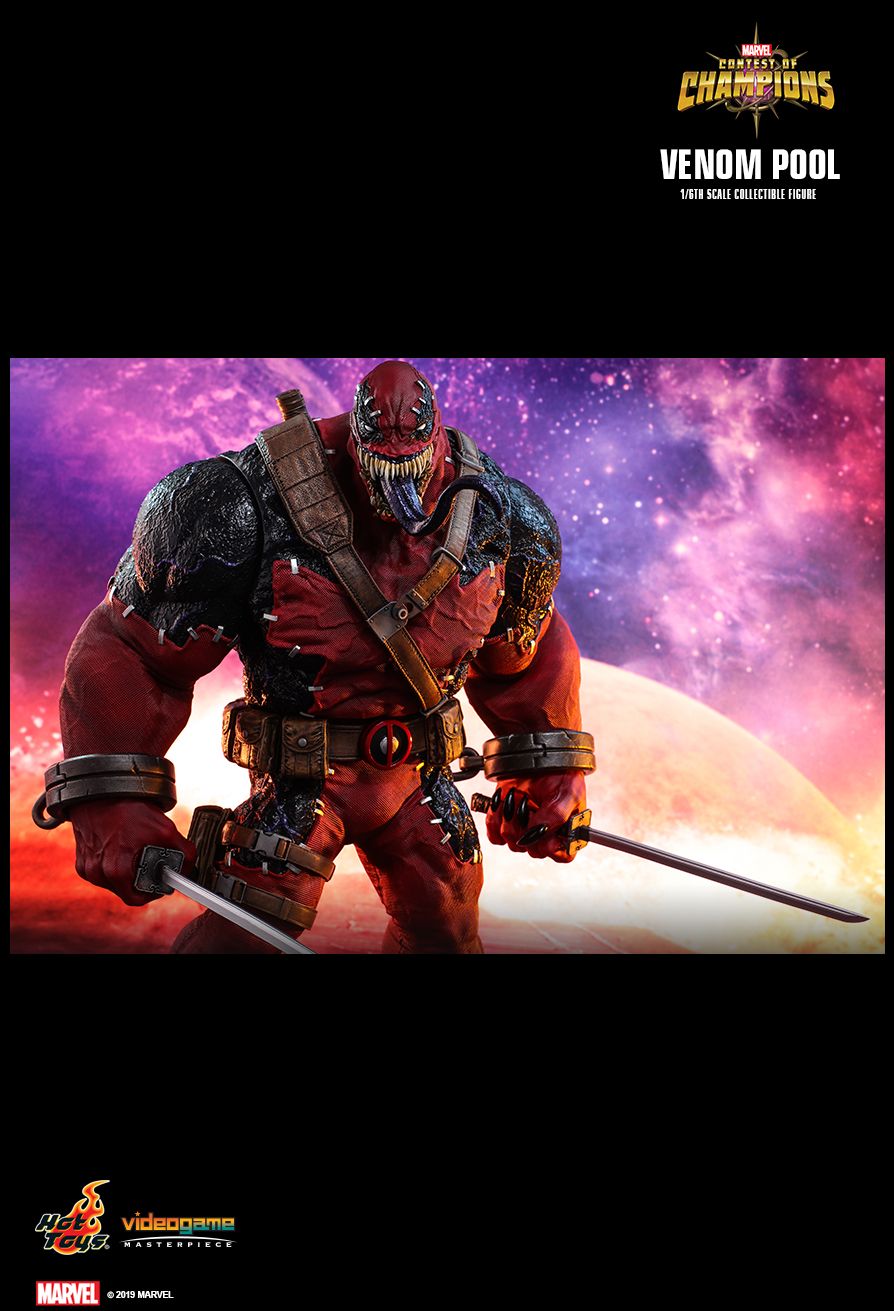 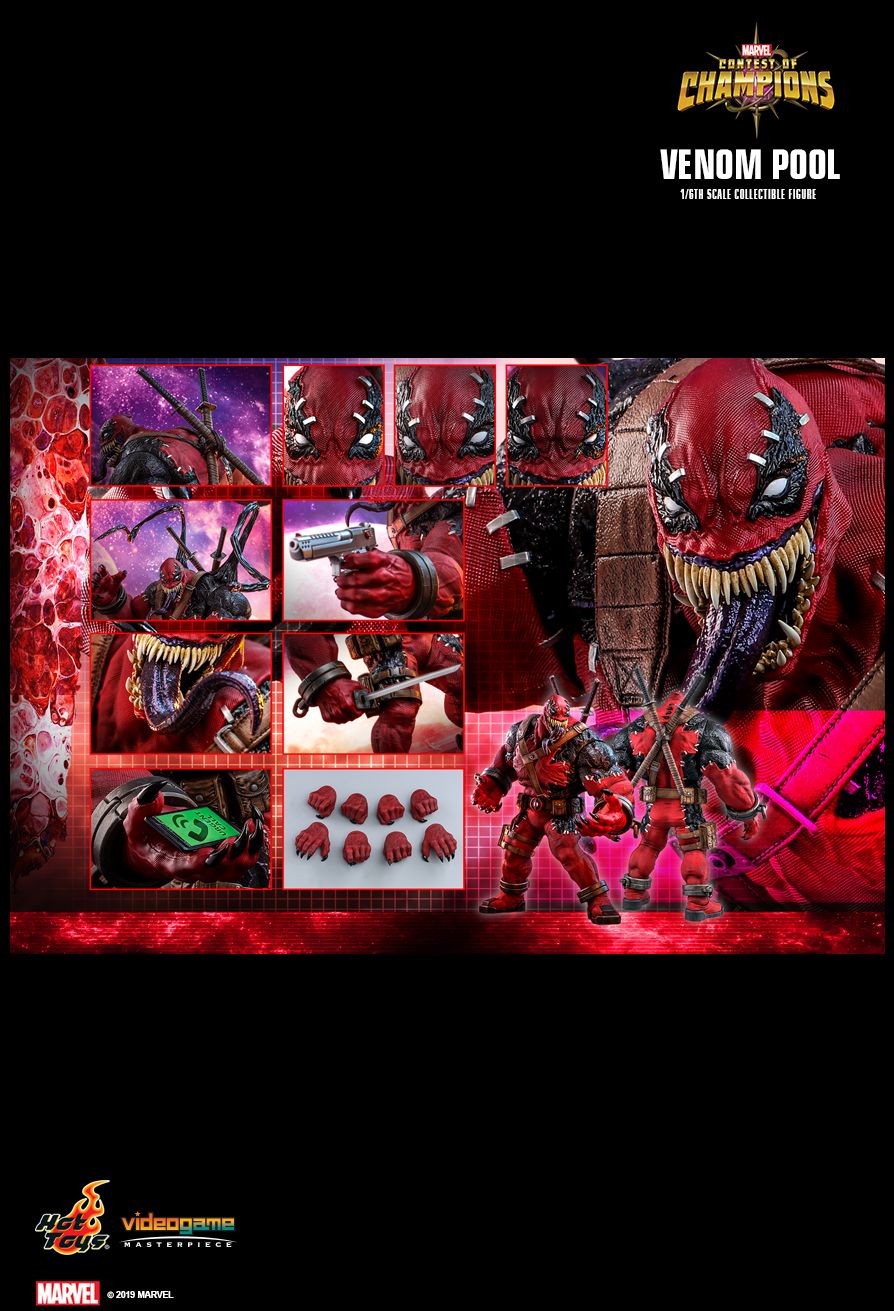 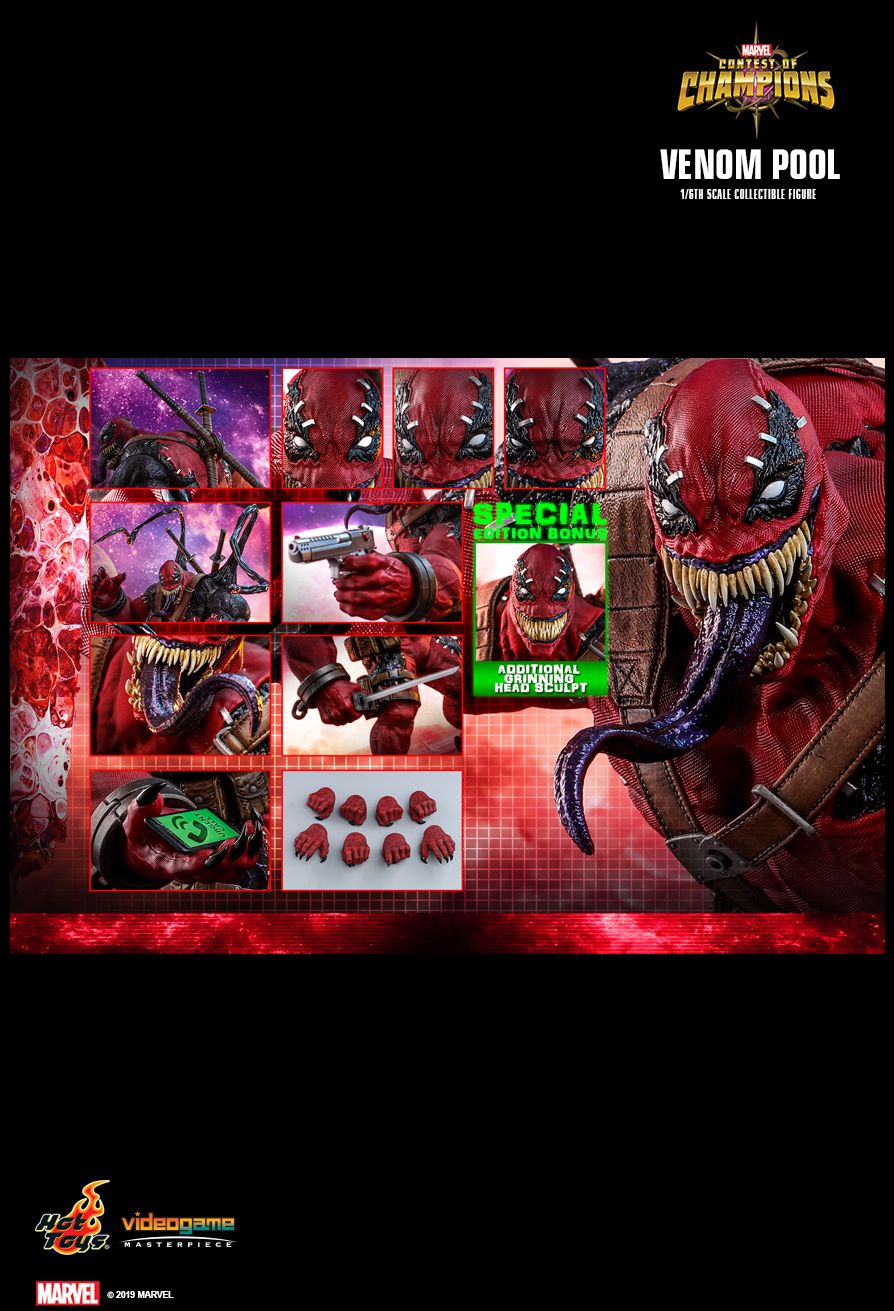