ABOUT THIS SIXTH SCALE FIGURE
“Those that look upon me see a form most pleasing to their desires, for it is easier to blind oneself with guile than to bear witness to the truth of our nature.” -Gethsemoni, the Dead Queen

Sideshow and TBLeague (Phicen) present the Gethsemoni: The Dead Queen Sixth Scale Figure, a regal new addition to our original Court of the Dead collection. The nature of the Flesh Faction is adaption, perfectly complimenting this poseable sixth scale figure and her array of Underworldly accessories.

Death’s first creation, the spiritborn Gethsemoni, was fashioned from raw flesh, her mind coalesced from the collective subconscious of humanity, and as such, her form echoes the expectations of the living. Beautiful and flawless to behold, this resident of the shadow realm glimmers like a jewel in the darkness. But be warned – the Queen of the Dead’s countenance is naught but a distraction. Her mercurial mood and unfettered ambitions make her a dangerous and volatile player in Death’s Court, and leader of the Faction of Flesh.

The Gethsemoni: The Dead Queen Sixth Scale Figure is highly articulated with a seamless body and a stainless-steel skeleton, rendered in the alluring likeness of the head of the Flesh Faction. Her form is detailed with delicate tattoos and she wears highly ornamental armor across her chest and hips. The figure includes additional accessories with which to adorn the queen, including two armlets, two wrist armors, neck armor, a thigh band, and ankle armor, all elaborately detailed with macabre sculpture and red jewel-like accents. Gethsemoni also comes with her exquisite crown, its shape a twisted interpretation of the mortal pelvic bone, symbolizing her maternal role within the Underworld.

The Gethsemoni: The Dead Queen Sixth Scale Figure also comes with three pairs of interchangeable hands, including one pair of relaxed hands, one pair of grip hands, and one pair of gesturing hands. Use these to craft your ideal vision of the Queen, clutching her pointed dagger or draped in her ornate red, gold, and black wrap skirt. She also has two pairs of feet, allowing for a variety of graceful poses on her Underworld terrain base ringed by Flesh Faction iconography. Included with the Dead Queen are two ghoulish companions who clutch at her legs and follow in her footsteps as she moves about her ghastly domain.

Pay homage to the most stunning creature in the Underworld and crown your Court of the Dead collection with the Gethsemoni: The Dead Queen Sixth Scale Figure. 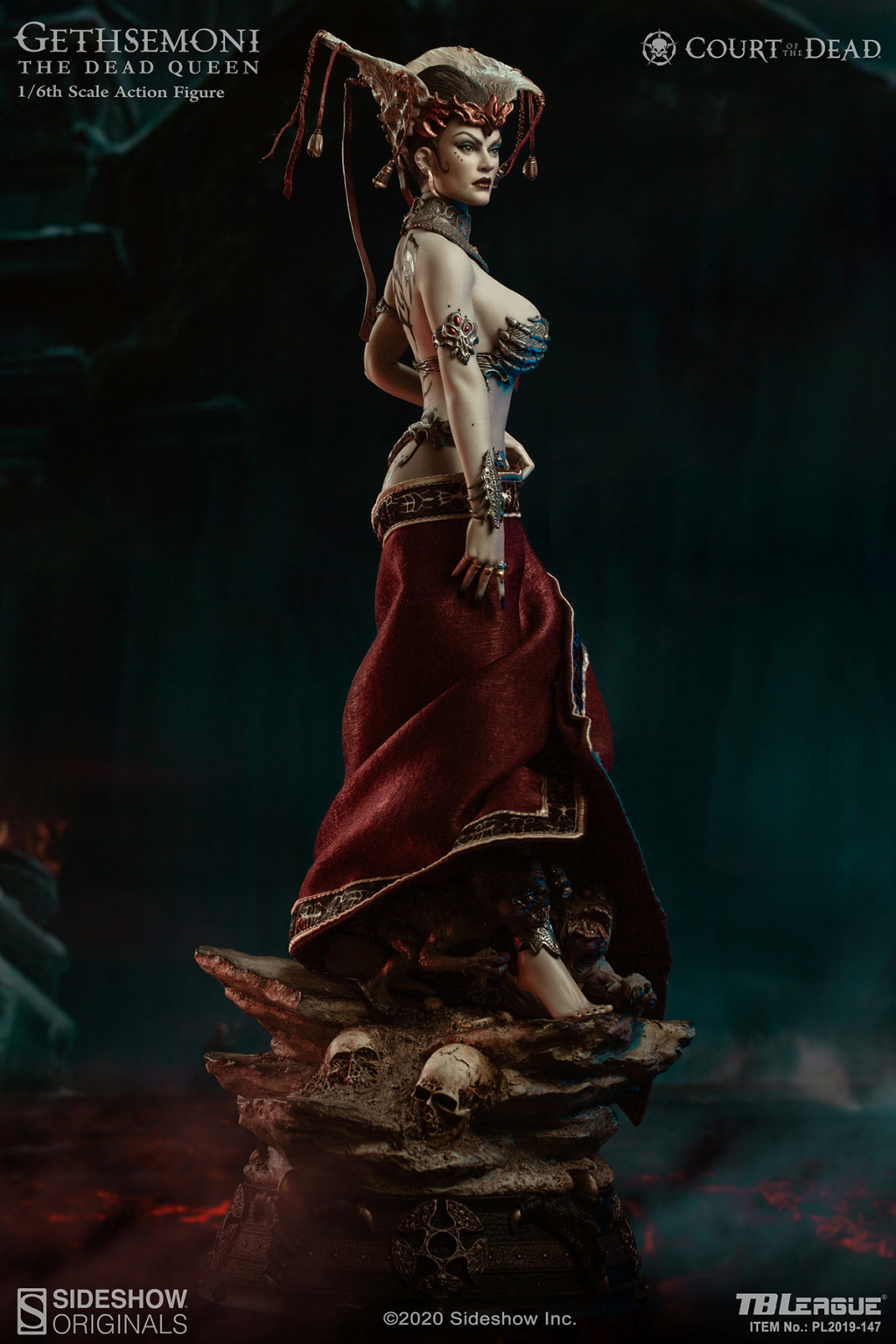 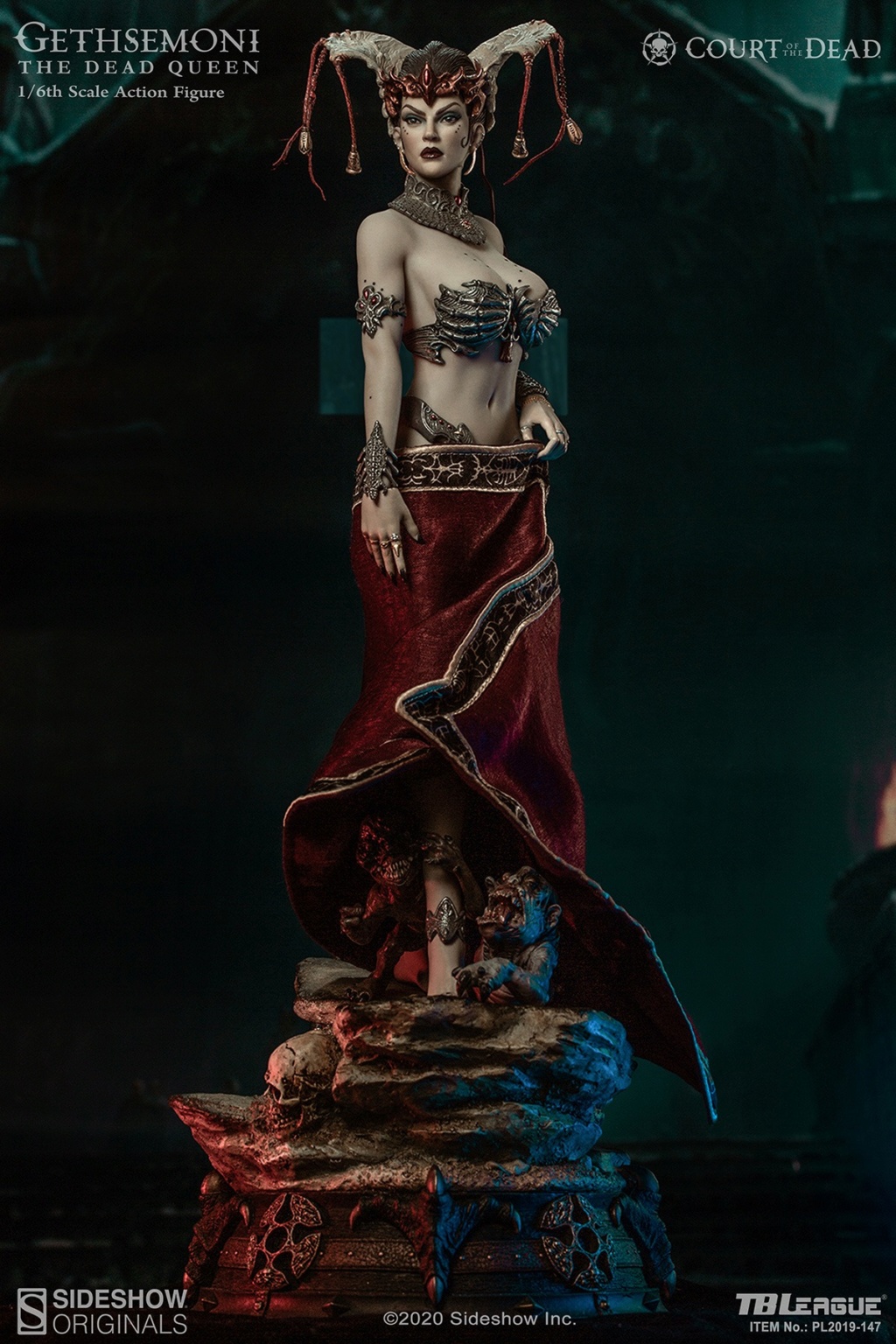 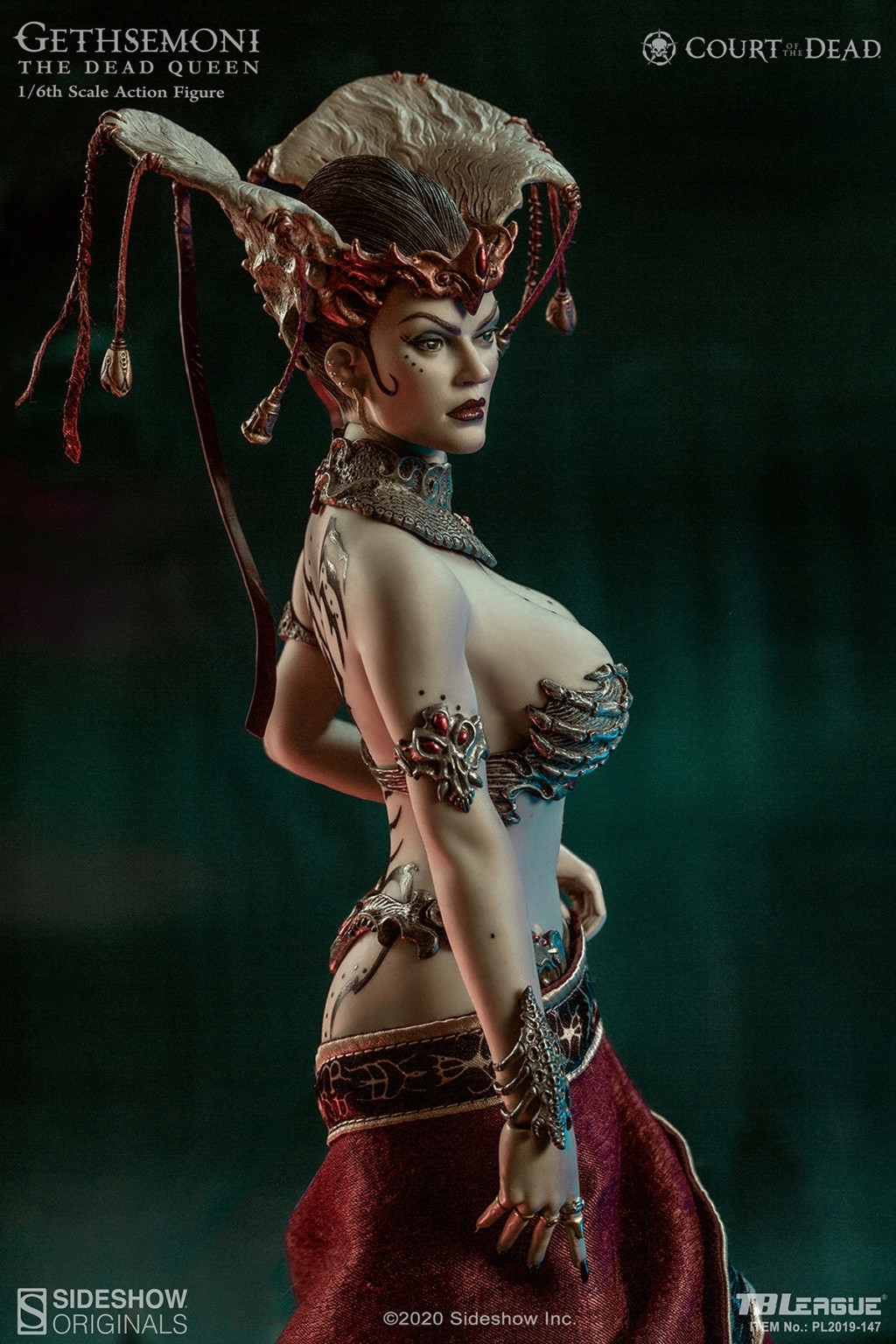 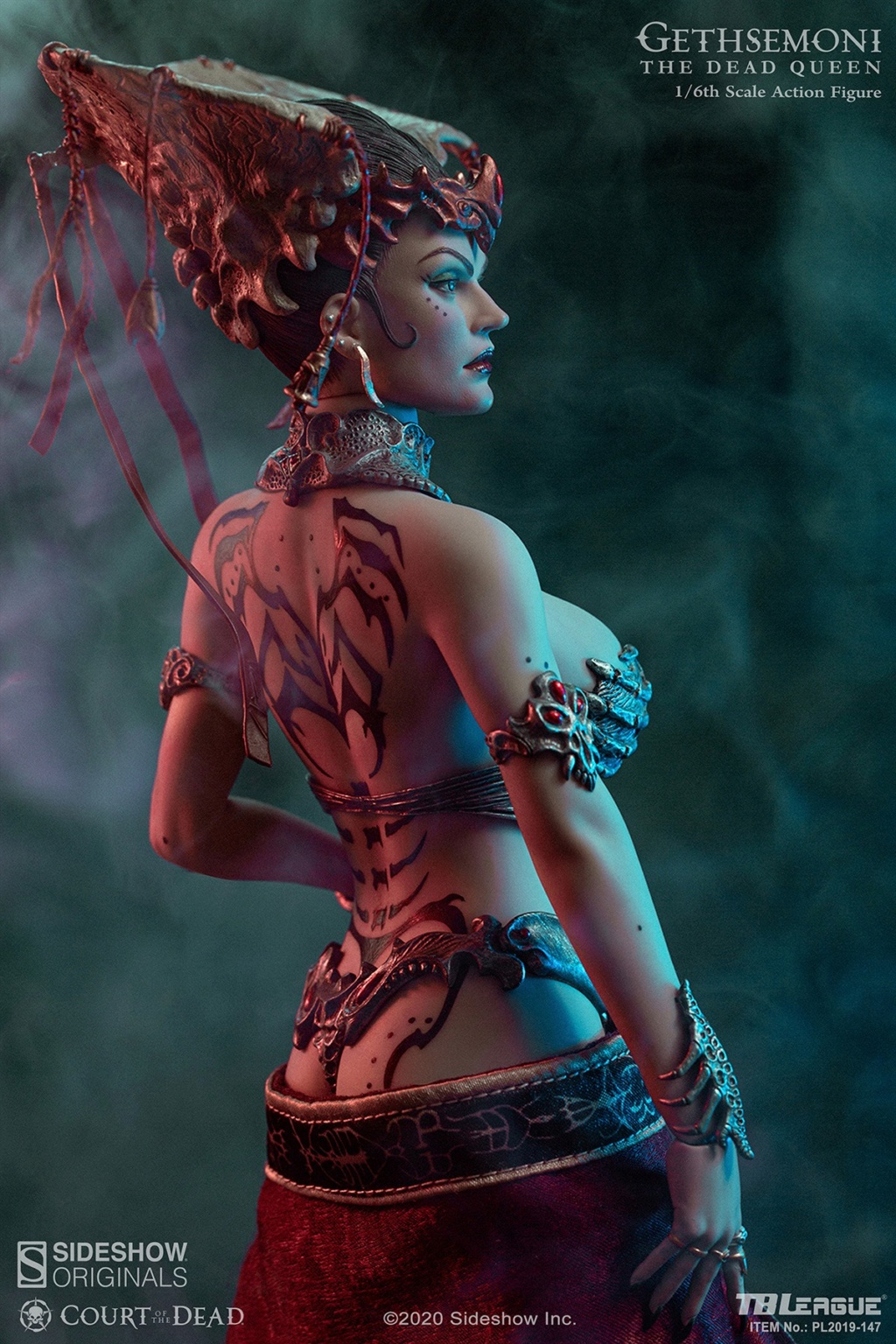 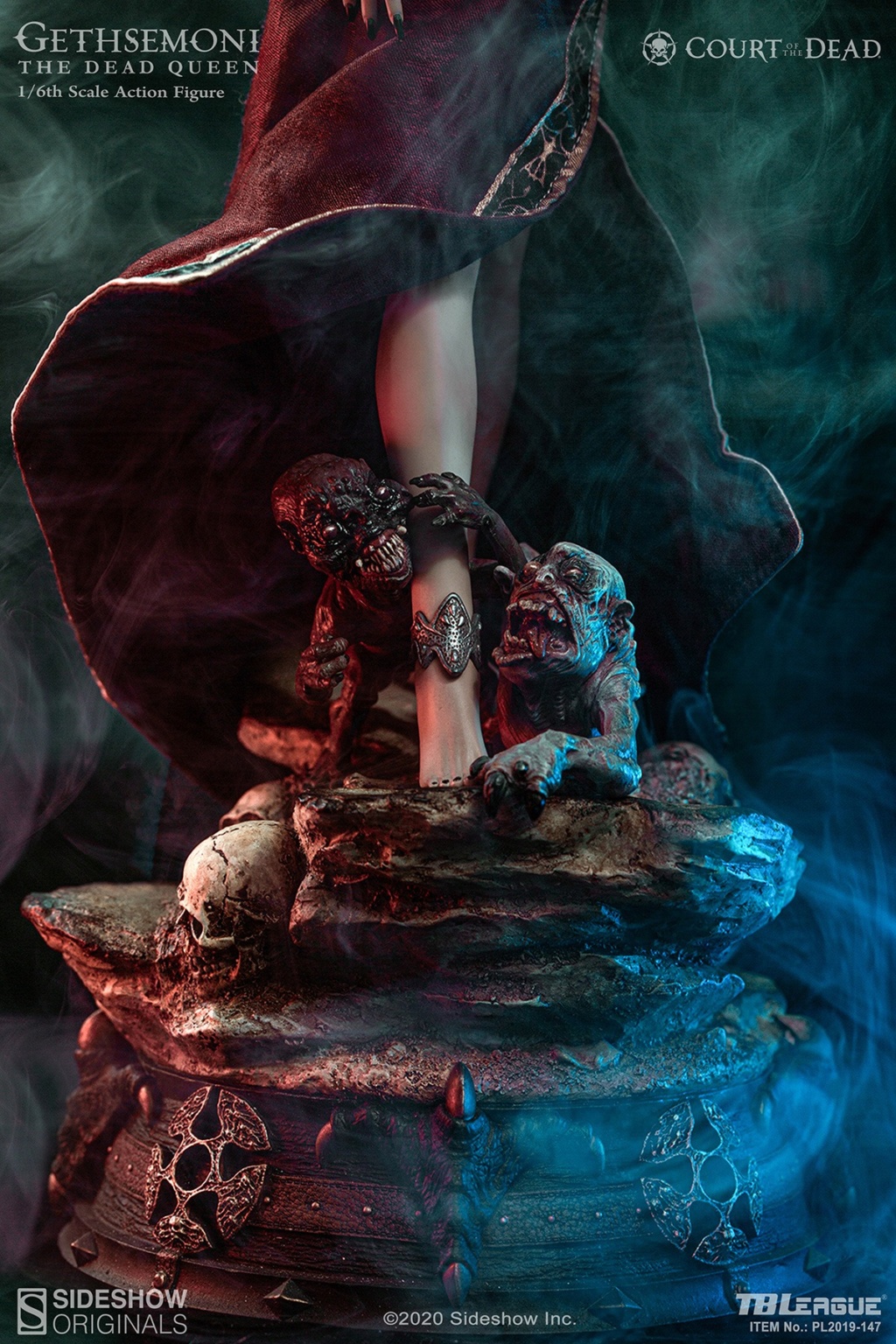 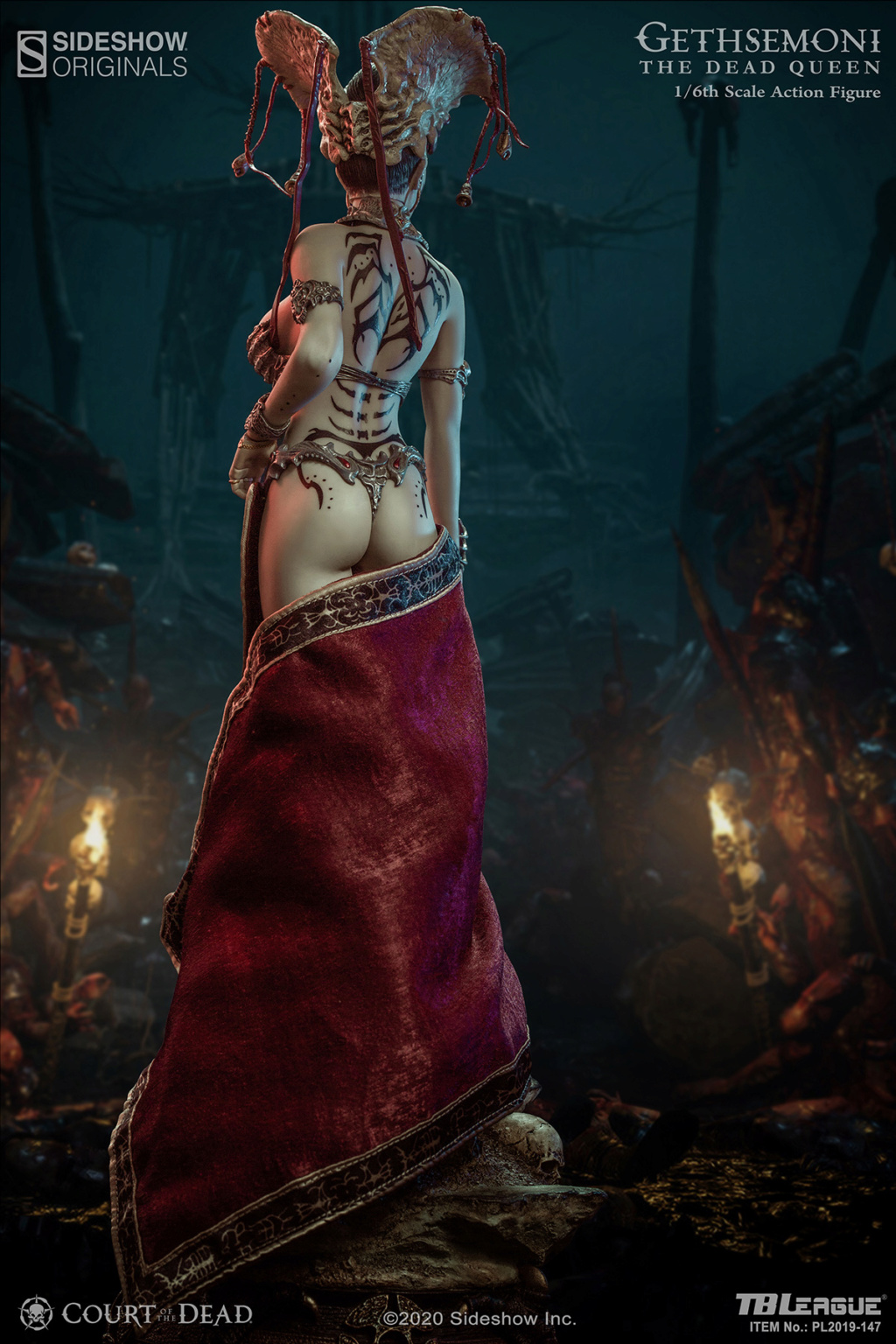 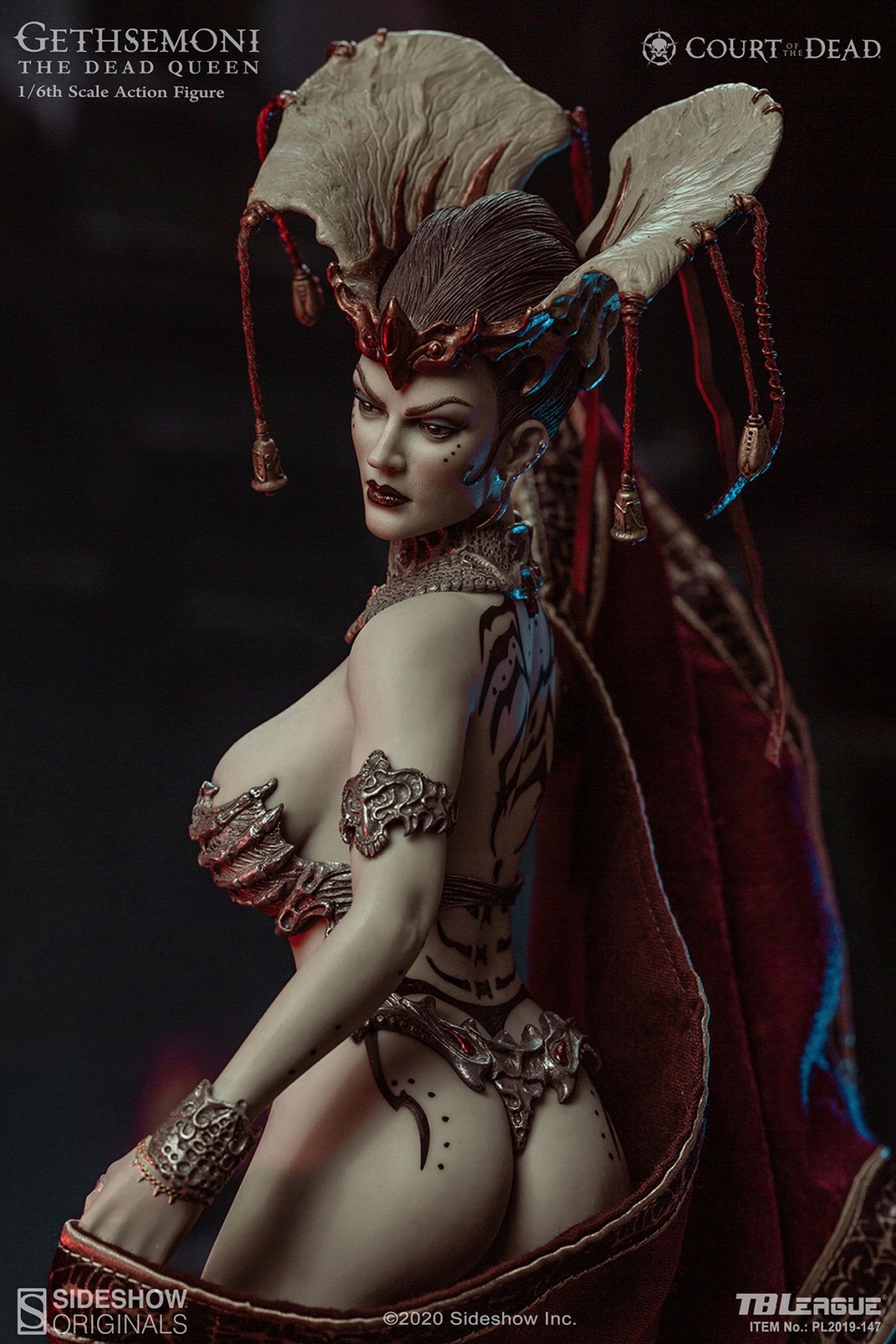 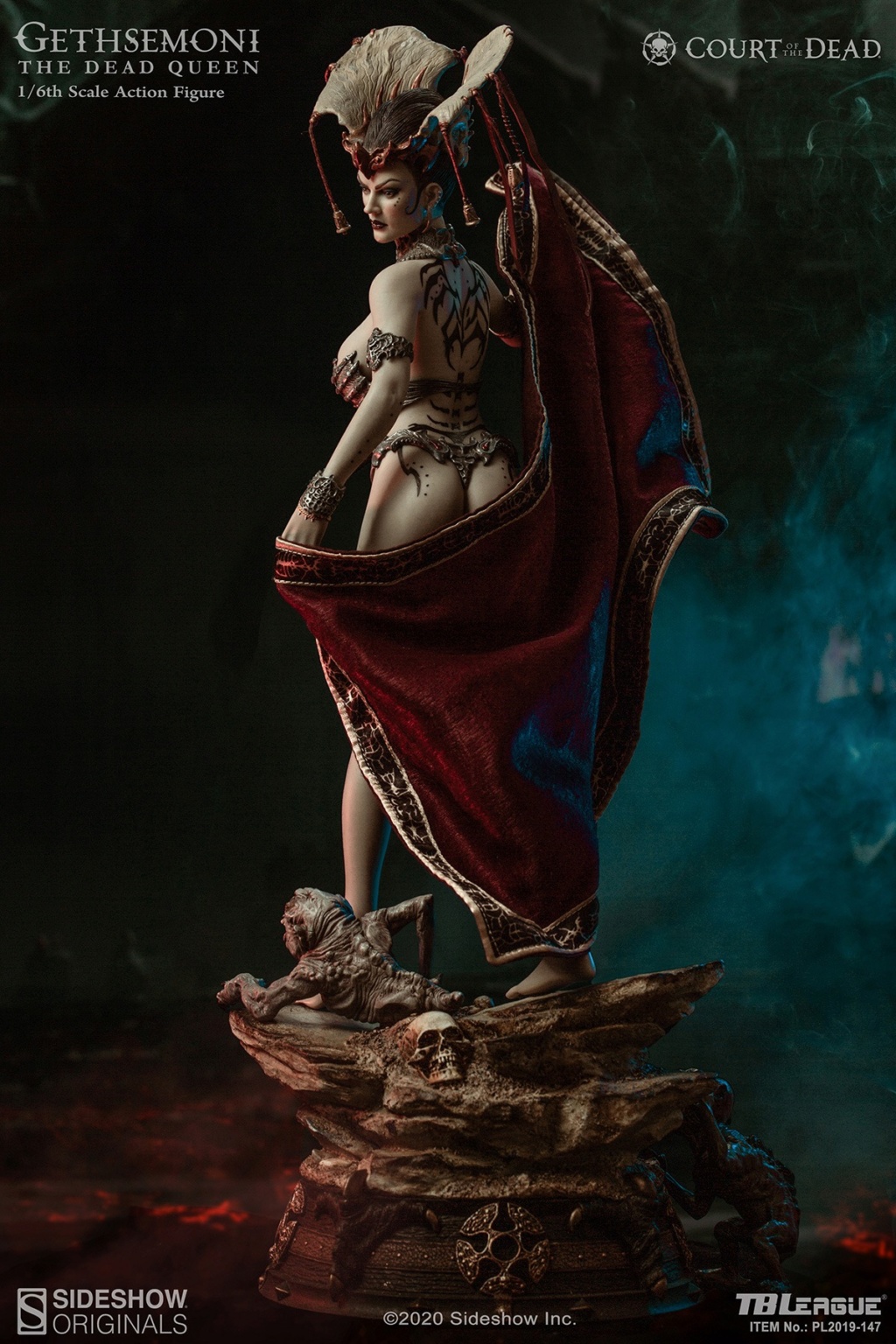 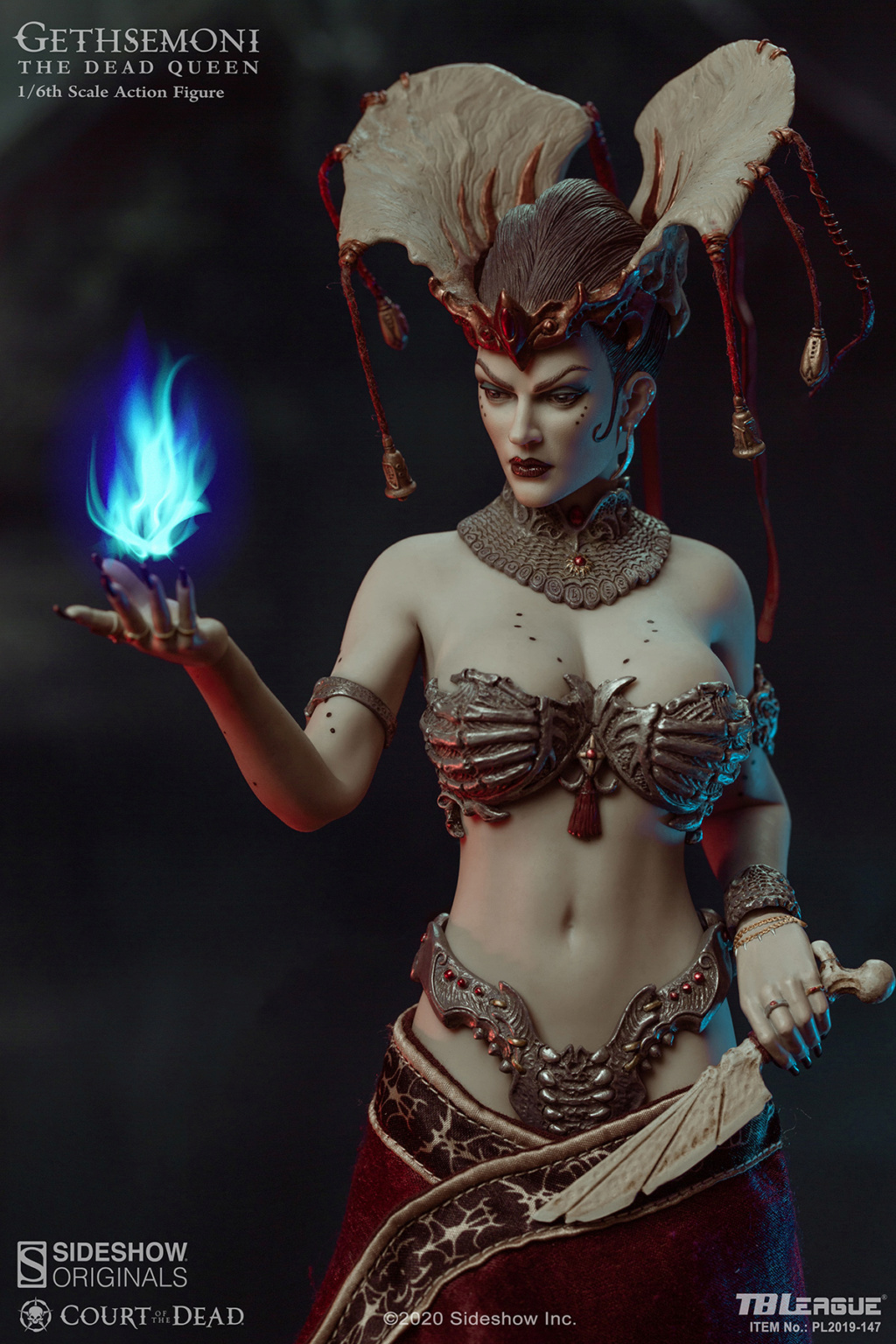 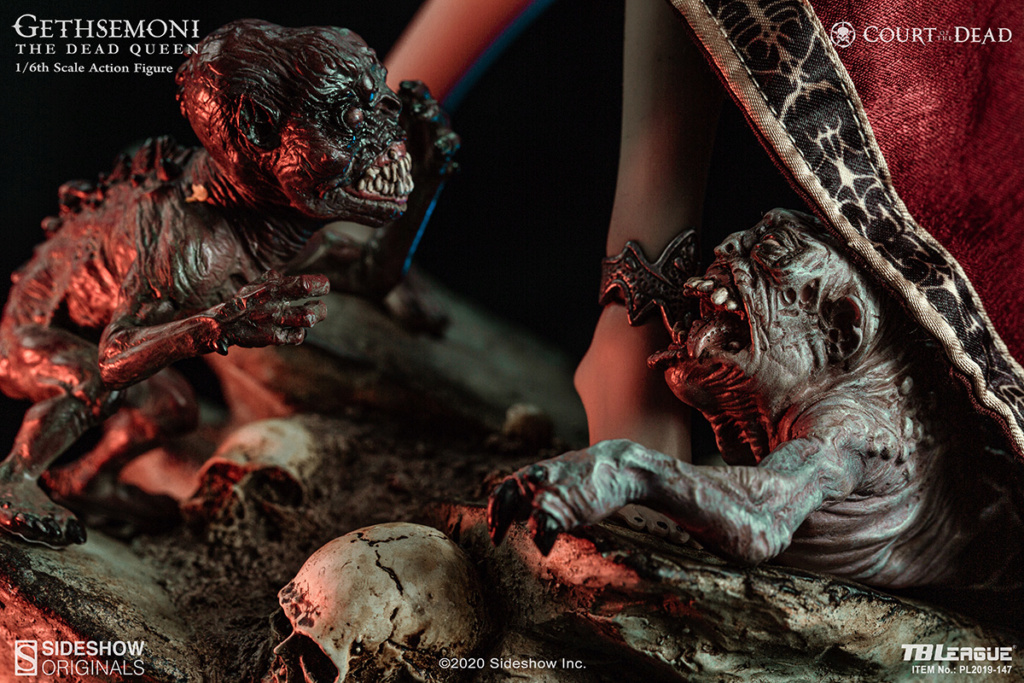 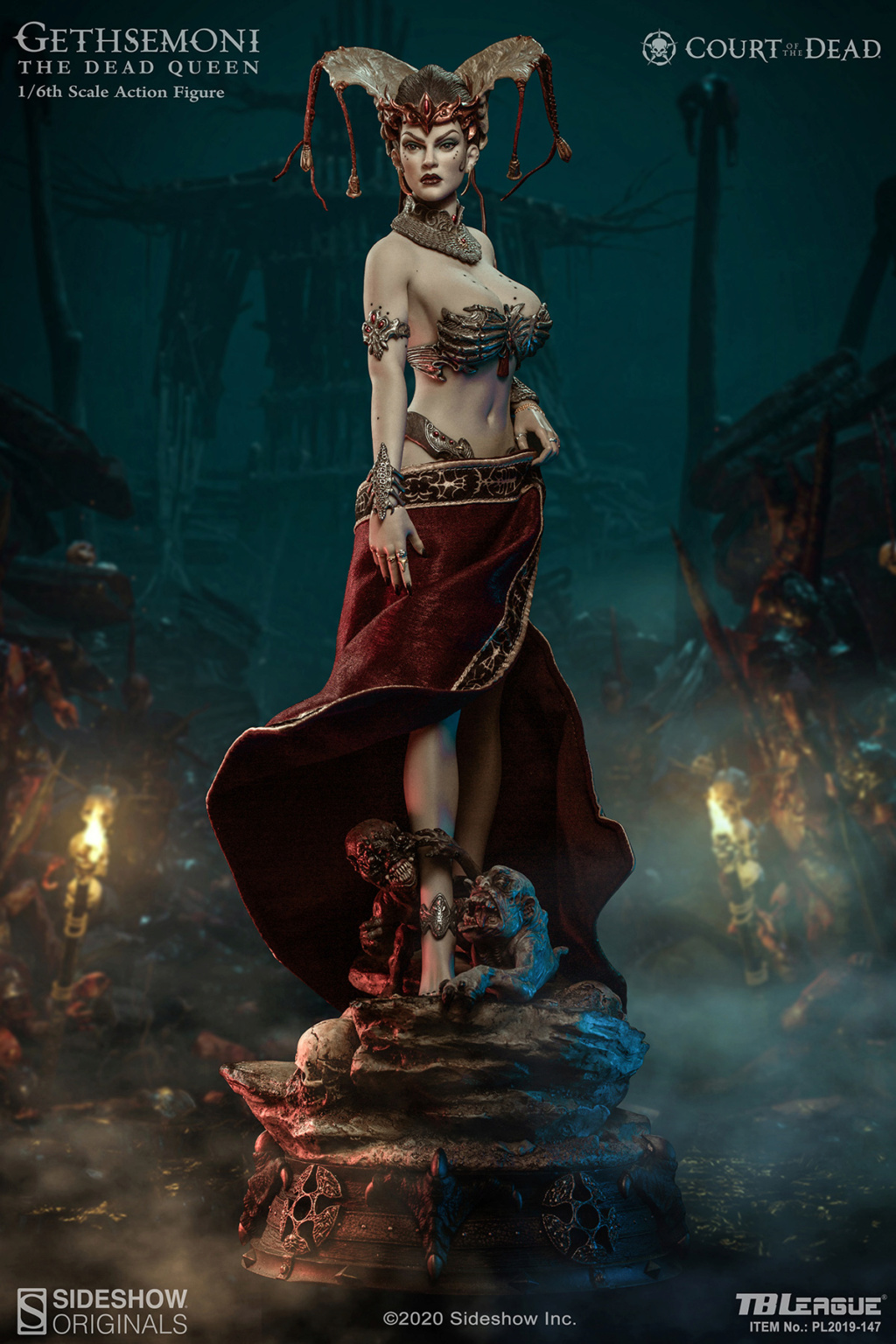 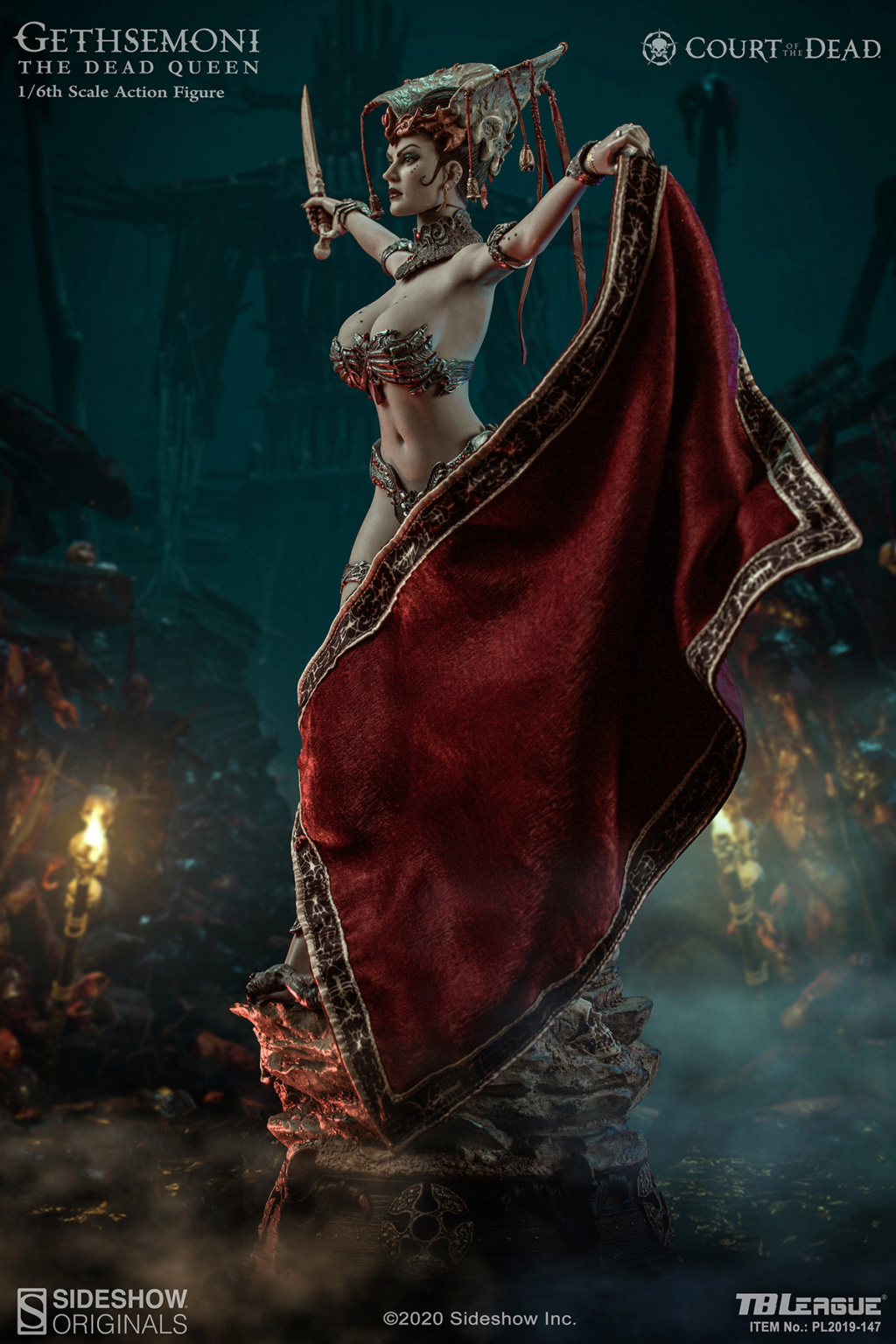 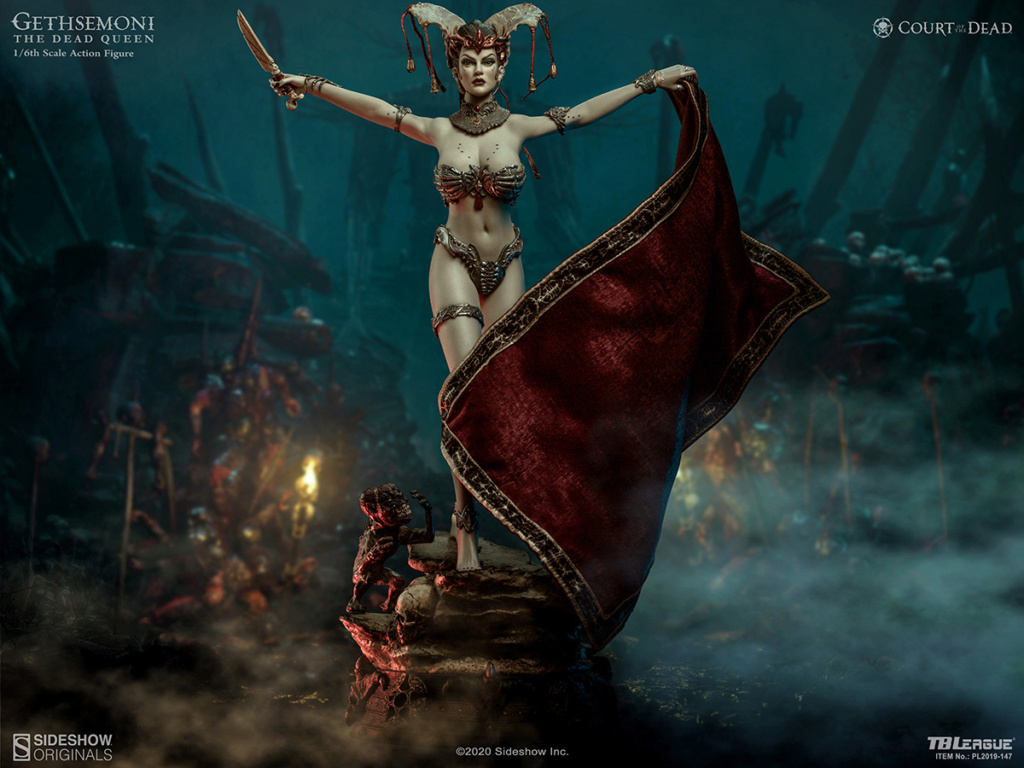 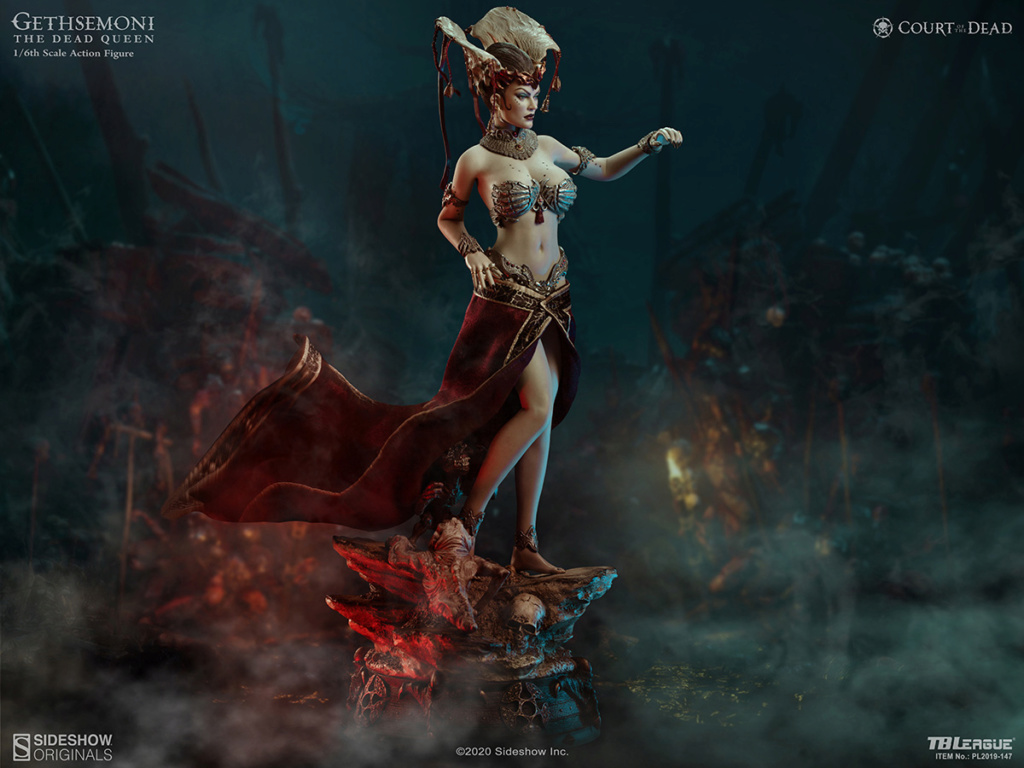 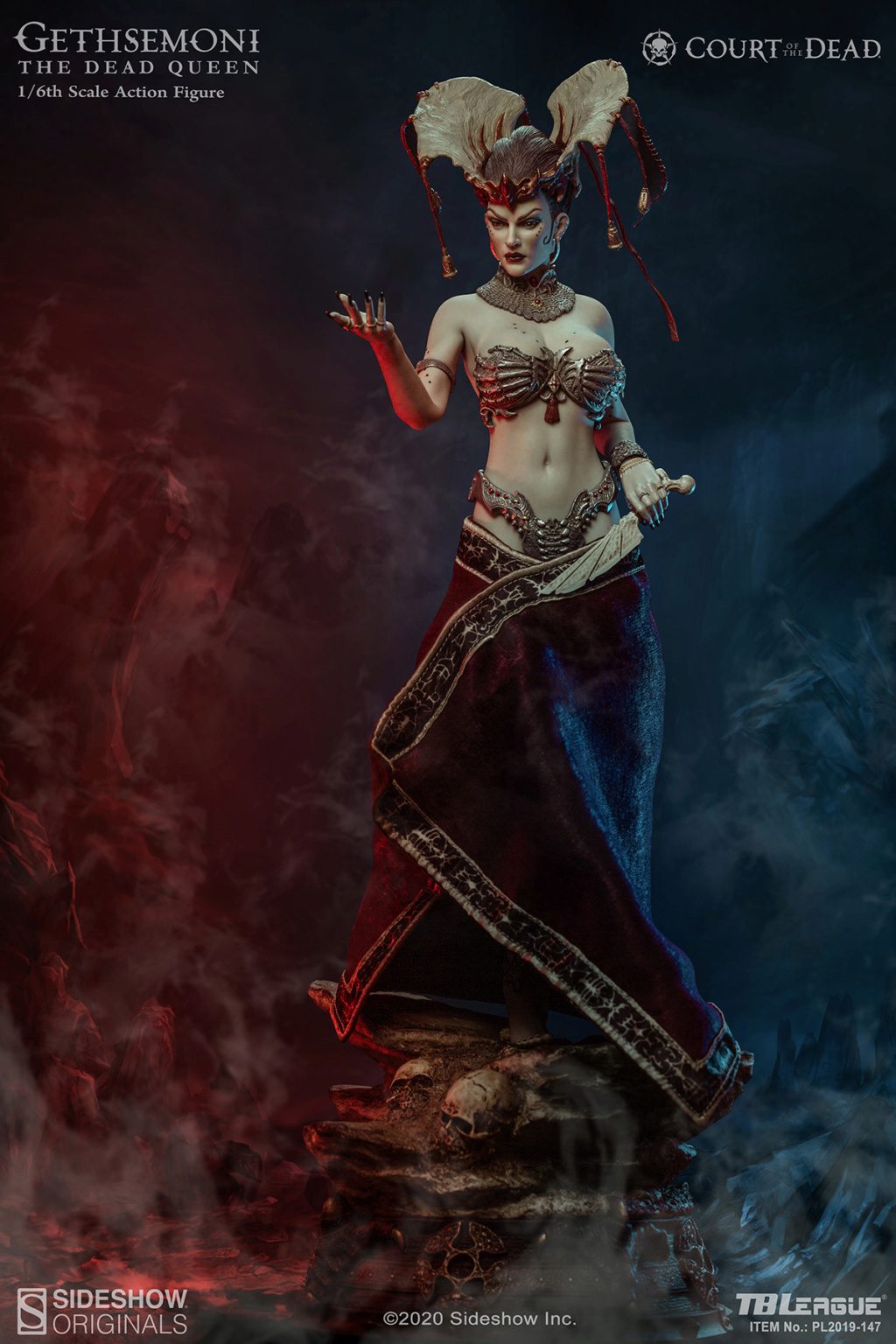 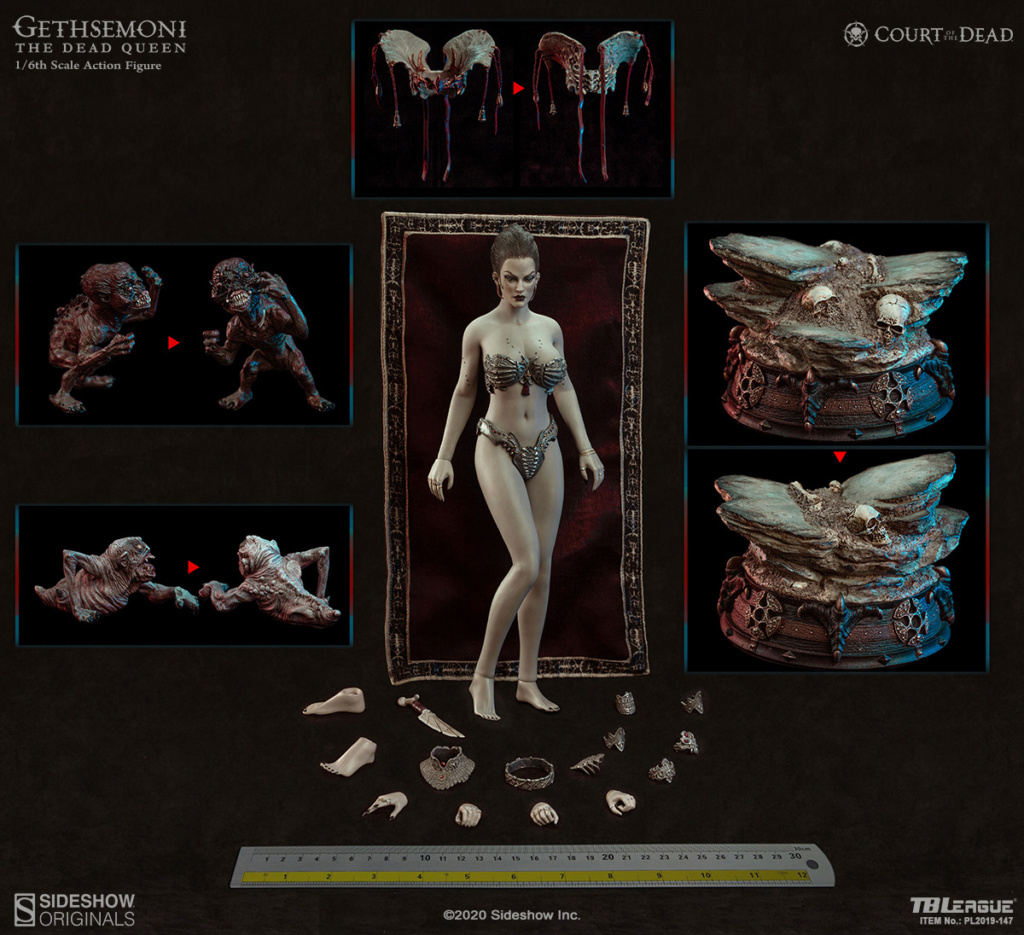 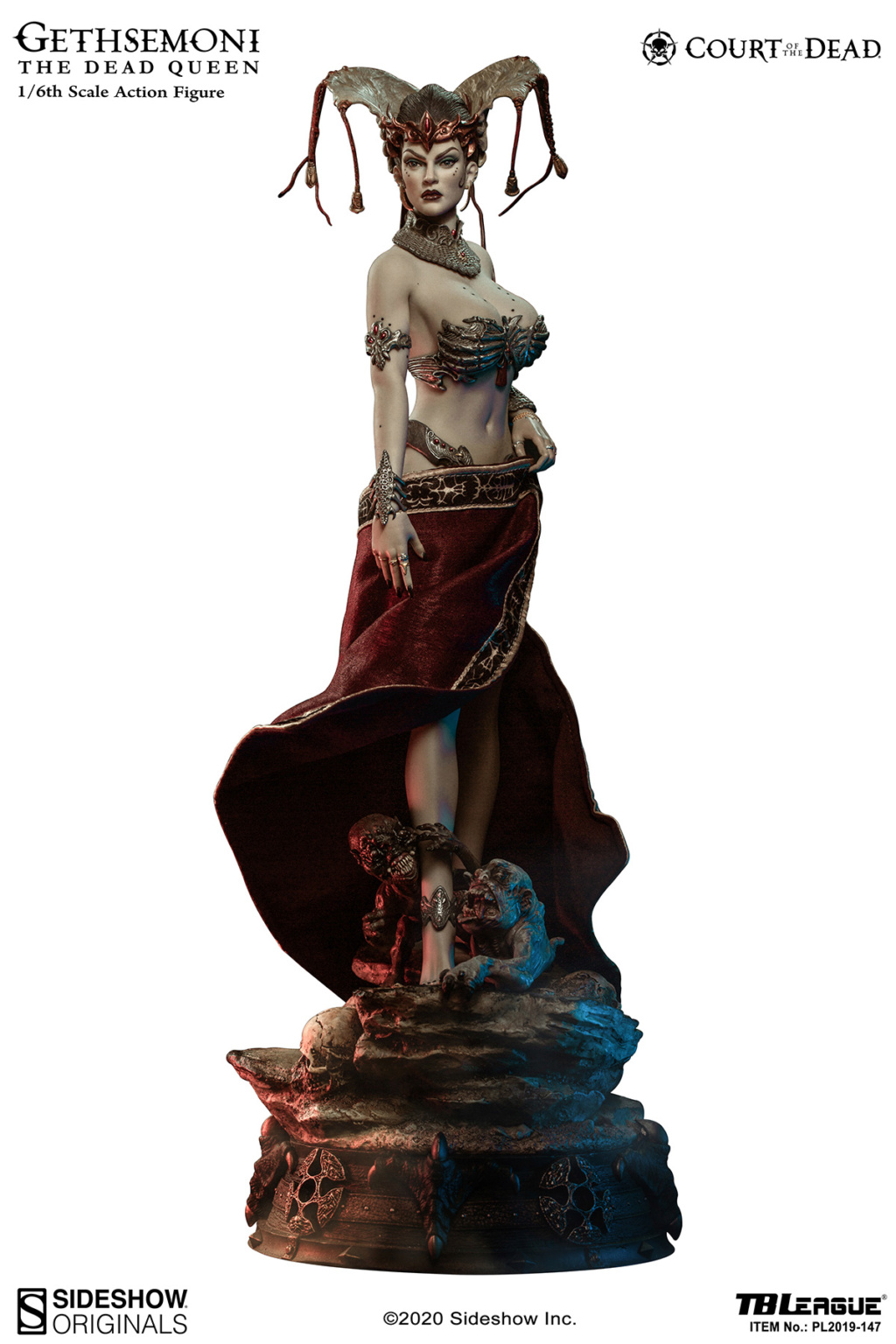