Chapter 6: The Flower Family
Section 4: Together is the most valuable
Chapter 4: Peace is the most important thing

The dragon emerges from the fire, the tiger grows toward the water's edge
Dragon emerges through fire, and tiger borns by the water

Although Hongwu's name was not taken from the Ming Taizu Zhu Yuanzhang's "Hongwu", the name was originally given by Hongwu's father because he was obese since he was a child, and hoped that he could practice martial arts well and carry forward Hongquan. After the Hongwu family came to the United States in the late 1970s, Hongwu took refuge in Hongmen, but the complicated relationship between Hongwu's ten relatives and nine reasons kept Hong Wu's father on the periphery for a long time. He didn't get a high position until his father died. After losing his father, Hong Wu had made a lot of achievements in the gang, but he was helpless behind him and never got the corresponding position. At this time, Neil’s gang’s civil strife urgently needs foreign aid, so Hongwu disregarded Hongmen’s people who opposed leading his own confidants to help Neil quell the civil strife with Kojiro. After regaining control of power, Denier, in order to thank Hong Wu and Kojiro, imitated Taoyuan and established the family of grass flowers. The clover emblem represents the same vein, concentricity, and coexistence of the three. In order to show his sincerity, Neal only allows Japanese and Chinese in the gang to govern together. Other nationalities are not allowed to join and participate in politics. The seat of Caohua K is also the seat of Chinese Chinese and Japanese in turn. Hongwu and Xiaojirou Lunzhuang have been sitting for 25 years. Under their leadership, the Caohua family has grown stronger and regained various gangs, large and small, and has been with the other three. The two color families sit on an equal footing.

There is a villa on the hillside in the western suburbs of New York. This is the residence of Hongwu De. Yaotian led Ogle into the mansion and crossed the two courtyards into a quiet and spacious backyard. In the backyard, several bodyguards searched Ogle's body and let him go, and came to the house, Yaotian went in alone to report. Open the door of the mansion and invite Ogle to enter. When you enter the mansion, you will see the spacious and antique inner hall. On a large Arhat chair sits an old man with a fat body. Ogle just wanted to walk a few steps, the old man A huge lion-headed Tibetan mastiff came out from behind the chair, and began to growl incessantly at Ogle's throat, staring directly at Ogle viciously, Ogle did not flinch, but glared at him. The Tibetan Mastiff walked towards it slowly, one dog and one person looking at each other as if no one would evade.

"You are not murderous enough for Ogle today, so you can't scare it away. The tiger heads back, he is a guest." Hong Wu patted the head of the tiger's head with the fan in his hand and said.
"It's too old to bite me". Ogle didn't stop and walked forward and said.
Hong Wu smiled and led his left hand to the side, and saw that the tea array had already been set up on the table next to Hong Wu.
There are four main functions of "Tea Array": probing, asking for help, visiting friends, and fighting.

Hongwu placed the Muyang Array (for exploration)
Layout: The teapot and one bowl are placed in the tea tray, and the other bowl is placed outside the tray to test whether they are brothers.
Break the formation: Move the tea bowl outside the plate into the plate, and then hold it up and invite.
Hong Wu said: "The city of Muyang is the universe, and loyalty depends on Hong. Today, brother Yi will come to ask, don’t treat Hong Ying as an outsider.
Ogle put the tea outside the plate in the plate, and the two invited them to drink.
After drinking the tea, Ogle placed a teapot and a bowl, and placed the spout on the bowl and presented it to Hongwu.
This is a solo formation (for help)
Layout: One teapot and one bowl, with the spout facing the bowl.
Breaking the formation: Those who can save the other side, drink their tea; those who cannot save, discard their tea and drink the tea. Hongwu smiled and drank the tea after seeing the battle and said: " All the dust is here,
Change Jinlong meets Taiji, protector ascends the throne to sit on meditation platform.


"My daughter, Jane, has never forgotten you, and you are considered to have a destiny. She asked me before you came, and I also paid him back your favor, and we will never owe each other ever since." After Hong Wu finished drinking the tea, he gently placed the cup on the plate. 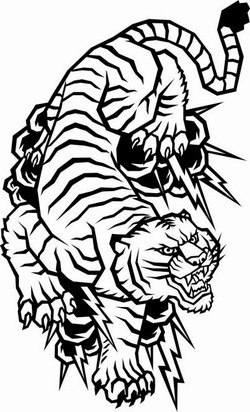 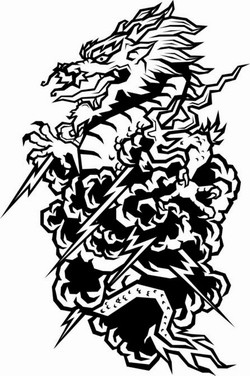 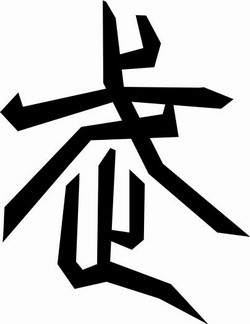 Chapter 6:The Club Family
Chapter 4: Peace is the most important thing

Dragon emerges through fire, and tiger borns by the water

Hong Wu is not named after the reign title of the first emperor of Ming Dynasty; being a fat child, his father gave him this name, hope that he would practice and carry forward Hong's martial arts. His family arrived in the United States in the late 70's, but his father kept hovering in the outer rings of the Triads(aka Hong Men, or Vast Family), due to the complicated relationships within. After his father's death, Hong Wu has made much contribution for the gang, but without supports , he never got the position he deserved. In the meantime Neil's gang was facing a rebellion and in dire need of foreign aid, so Hong Wu decided to join Kojiro and bring his men helping Neil solved the problem. After his restoration, Neil invited Hong Wu and Kojiro to a brotherhood ceremony out of gratitude, imitating the Three Kingdoms story. They created the Spades family. The three leaves are a symbol of them joining veins, hearts and live. Showing his good faith, Neil regulated that only the Chinese and Japanese members could be in power to intervene with family affaires; the seat of K of Spades were taken in turns by men of the two nations, specifically speaking, Hong Wu and Kojiro, for the past 25 years. Under their leadership, the Spades family absorbed many small gangs over time and kept growing, and eventually sat on an equal footing with the other three colours.
Halfway up a hill to the west of New York sits a villa; this is Hong Wu's residence. Yao Tian leads Ogier through two courtyards and into a quiet and spacious house, where several bodyguards routinely search Ogier for weapons and let him pass. They then enter into an antique hall, and inside which an overweighed old man sits on a vintage chair. Ogier wants to walk a few steps towards the old man, but a huge Tibetan mastiff bursts out from the rear and steps in; the scary monster roars at Ogier, and it will not give away his master. Ogier does not shrink either; he stares at the monster and slowly walks towards it. It seems that no one would step down.
"Ogier, you haven't brought your killer face today, this won't scare him off."
"Back off Tigerhead, this is my guest". Hong Wu pats on the dog's head.
“He's too old to eat me”. Ogiers says, without stopping his feet.
Hong Wu smiles and weaves his left hand toward a side table, where a tea formation is already set up.
["Tea formation" is a protocol widely used in the Triads in the form of a tea party. There are four main purposes: try out, ask for help, visit friend, and combat.]
Hong Wu sets up the wood formation, to probe.
[Setting up: placing the pot and one cup inside the tray and another cup outside the tray, to try if the other party is a friend]
[Solving: move the outer cup into the tray, then hold up and invite the host to drink]
Hong Wu says,
["There is nothing more important than the brotherhood. Now you are visiting my home, are you a brother or an outsider?"]
Ogier moves the other cup into the tray, then rises the cup, and invites Hong Wu. They drink together.
He then pours tea into Hong Wu's cup, then places the pot spout pointing the cup.
This is the single-horse formation, meaning asking for help.
[Setting up: pot and one cup, pot spout against the cup]
[Solving: drink directly if willing to help; dump and pour another cup then drink if not]
Hong Wu picks the cup, drinks it all and says “
["So lonely you have suffered enough to come here, but don't worry, for we will help you with whatever you are after."]
"My daughter Jane has never forgotten you; after all you two had a past. She has visited before you came and asked for my help. I will pay back her debt. But after this we don't own each other." Finished his tea, Hong Wu gently returns his cup back into the tray. 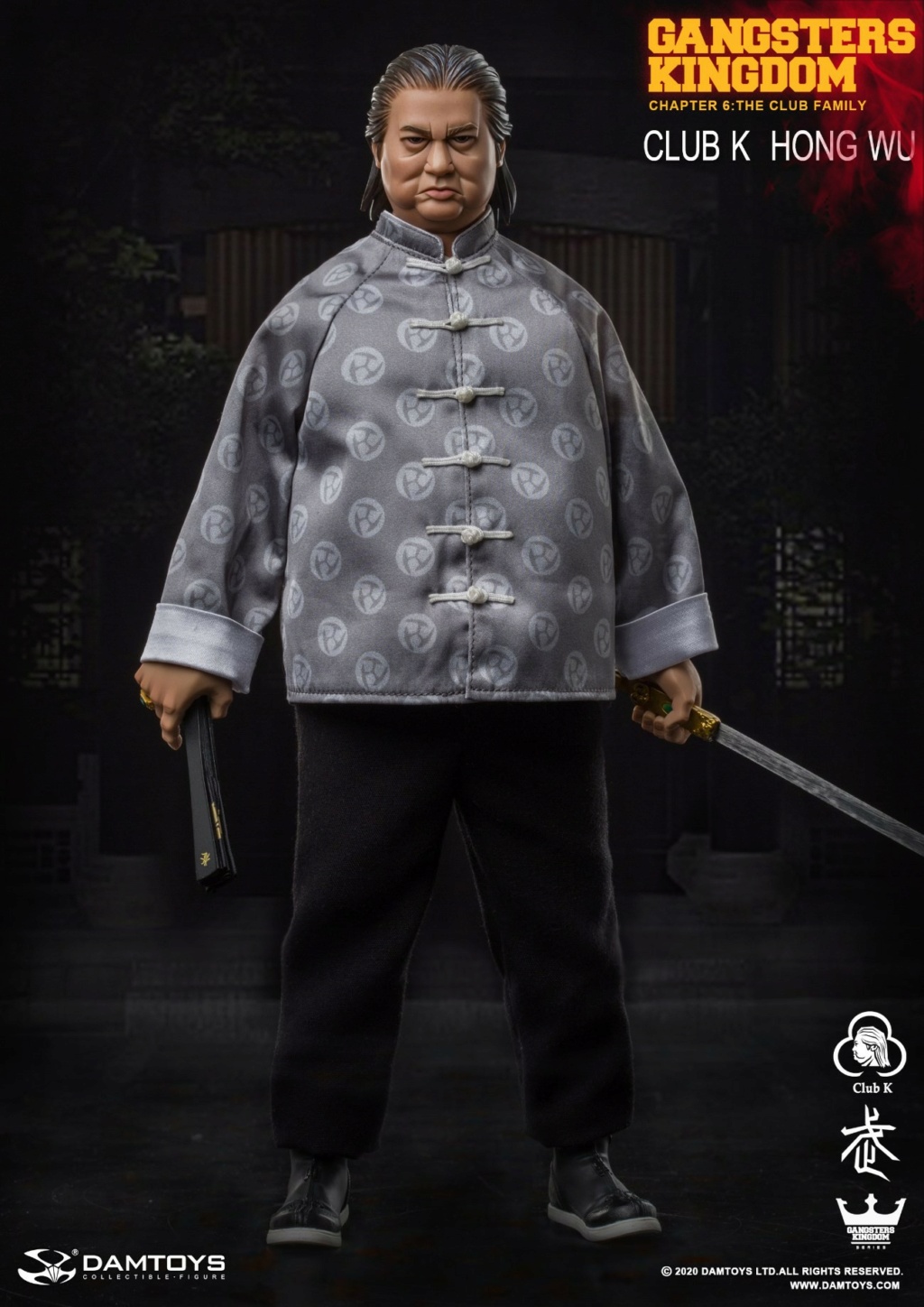 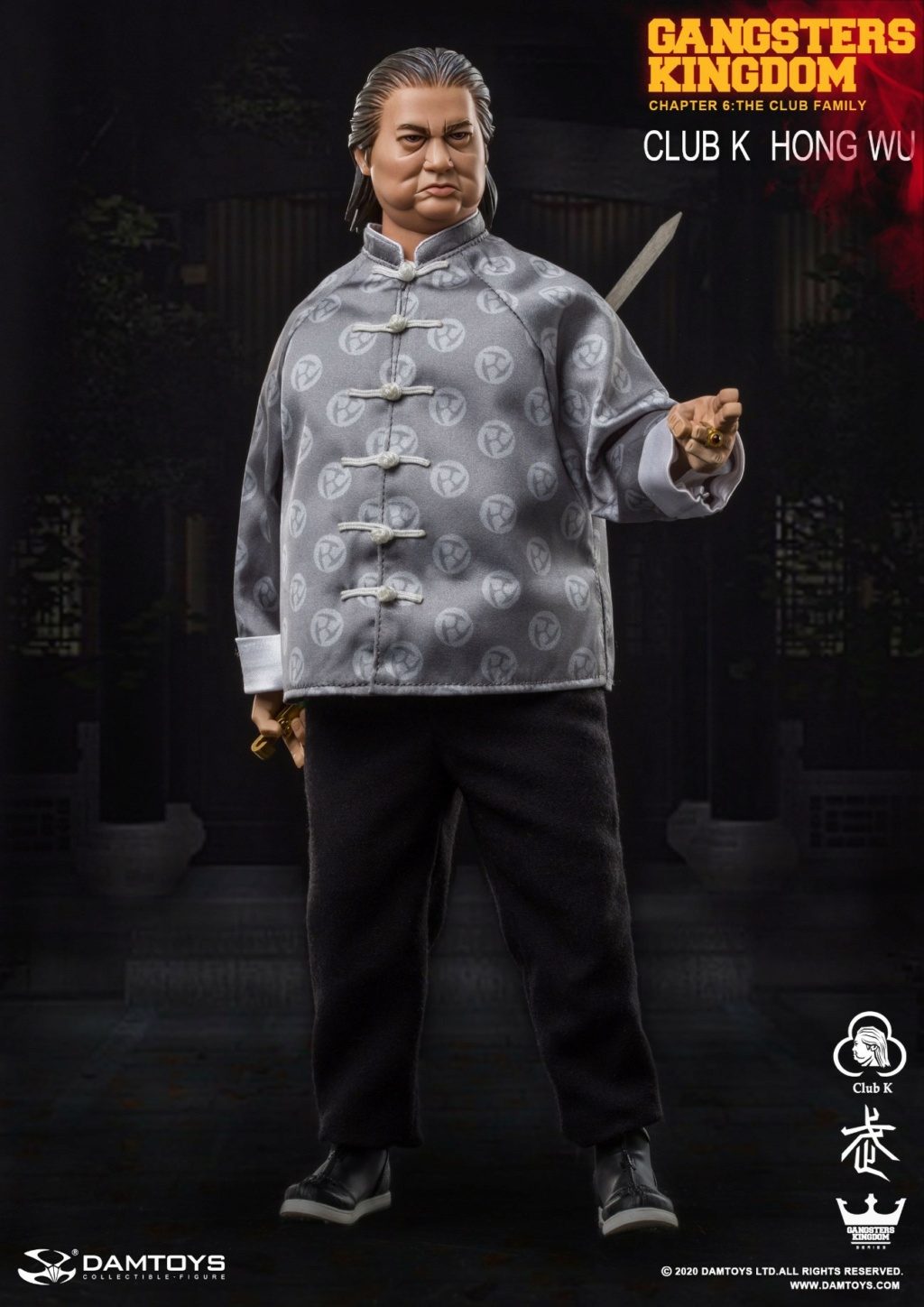 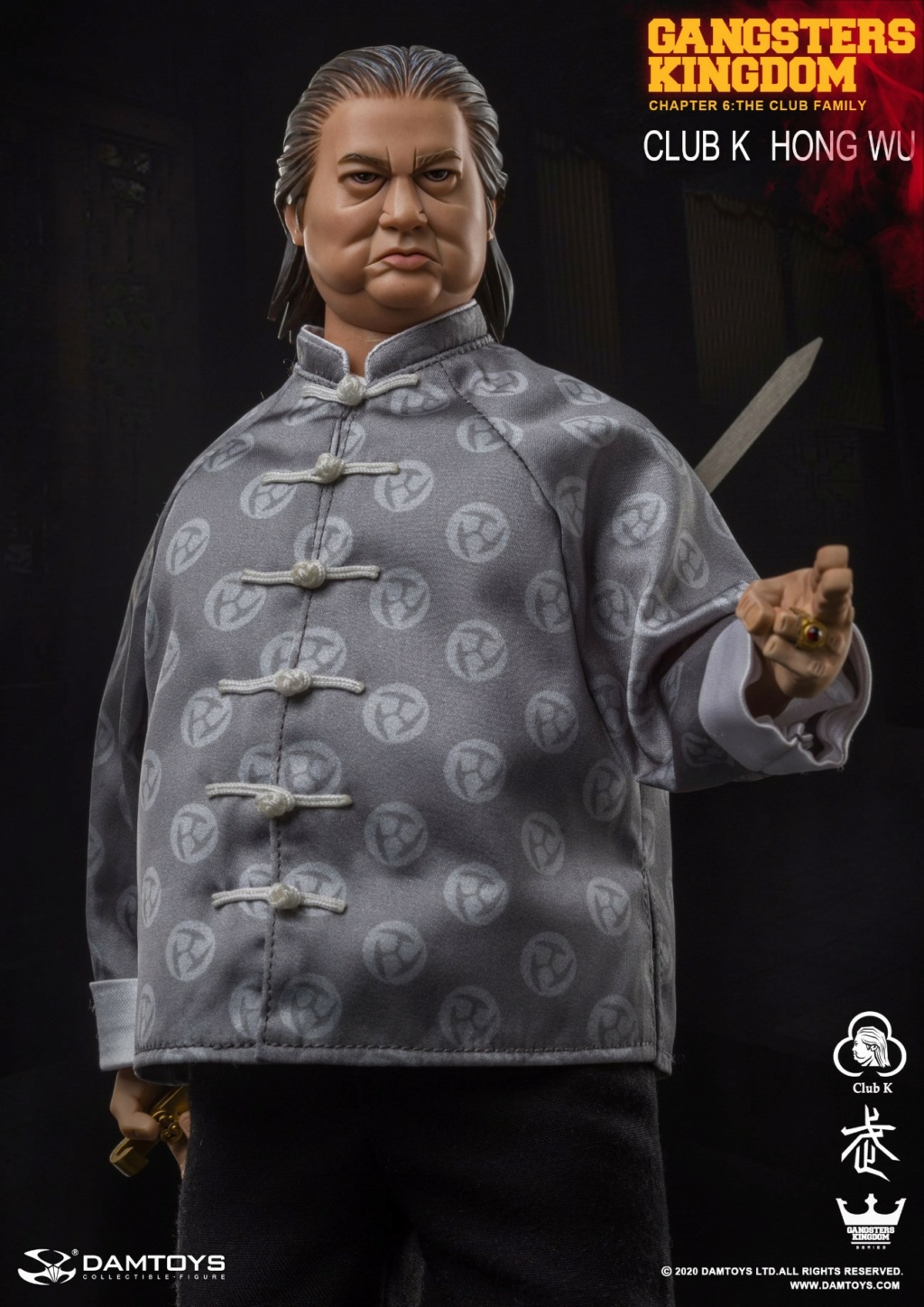 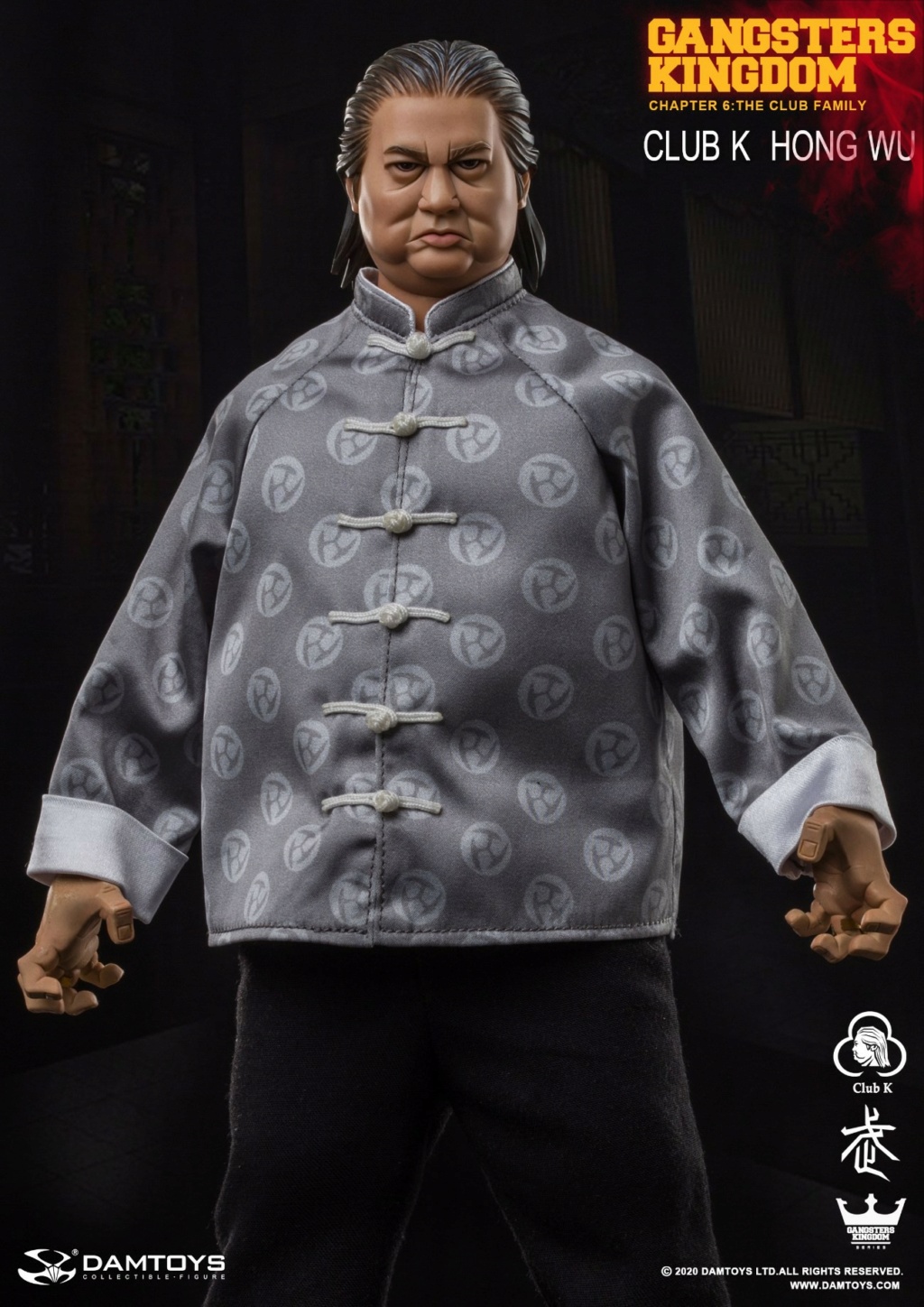 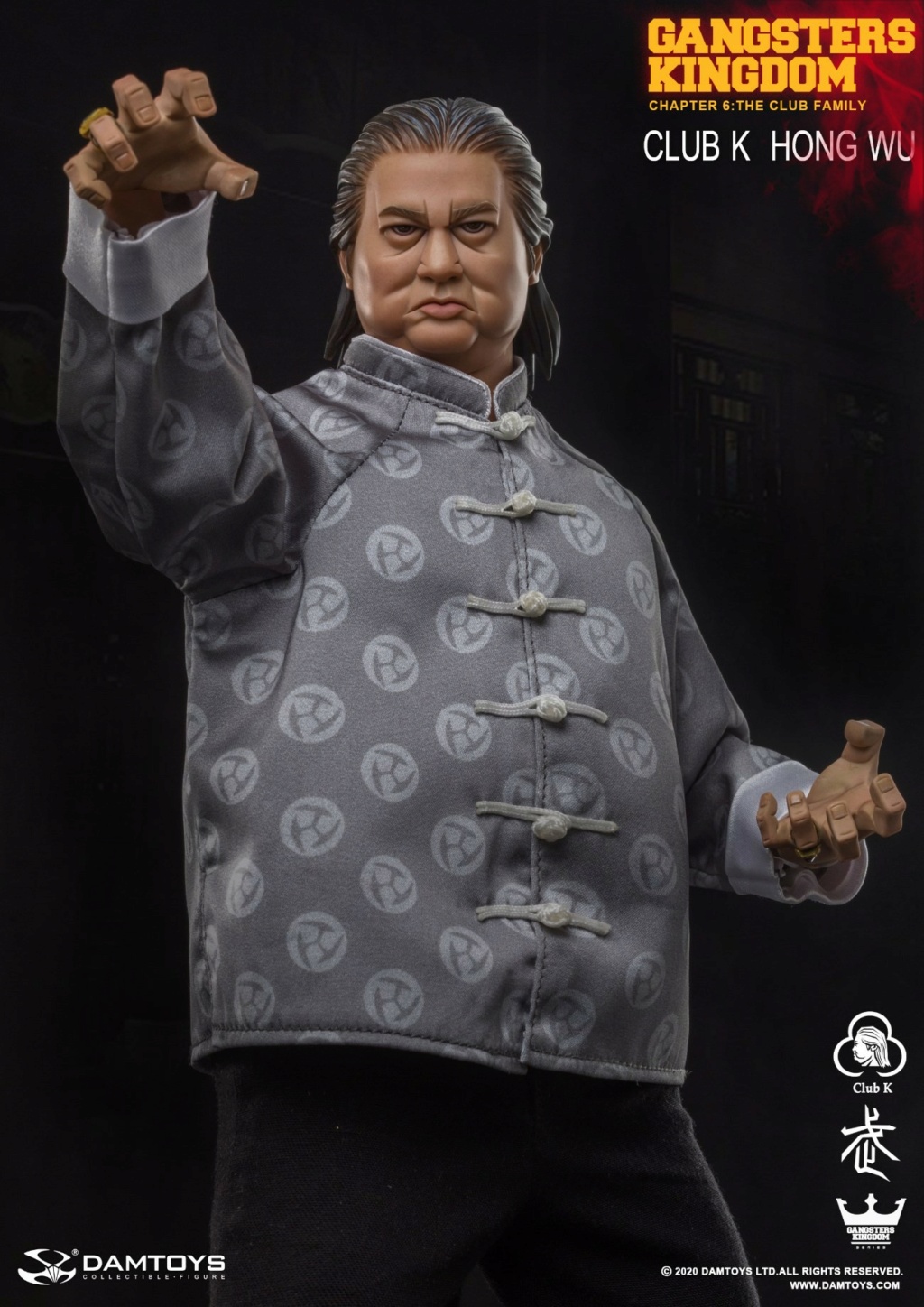 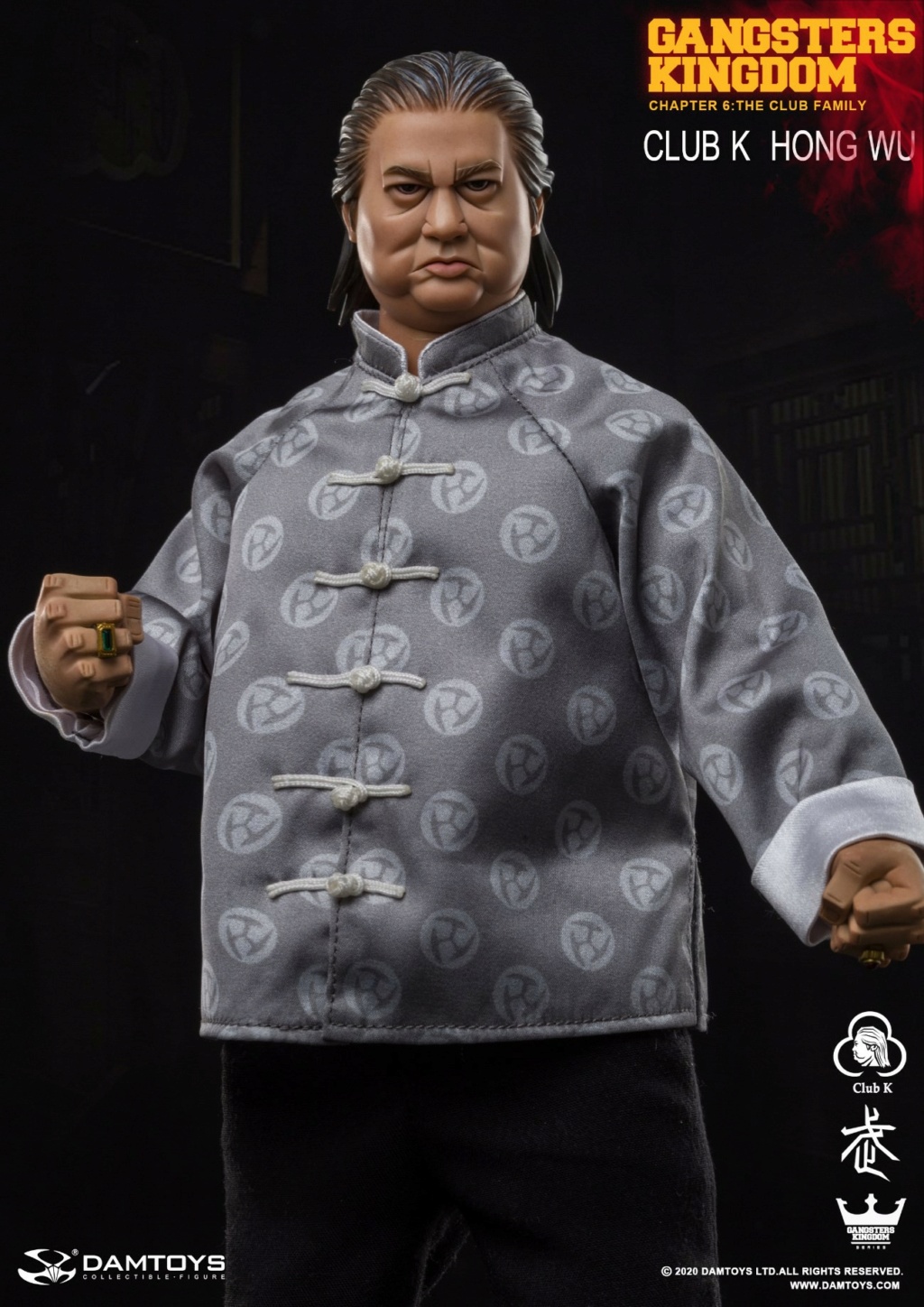 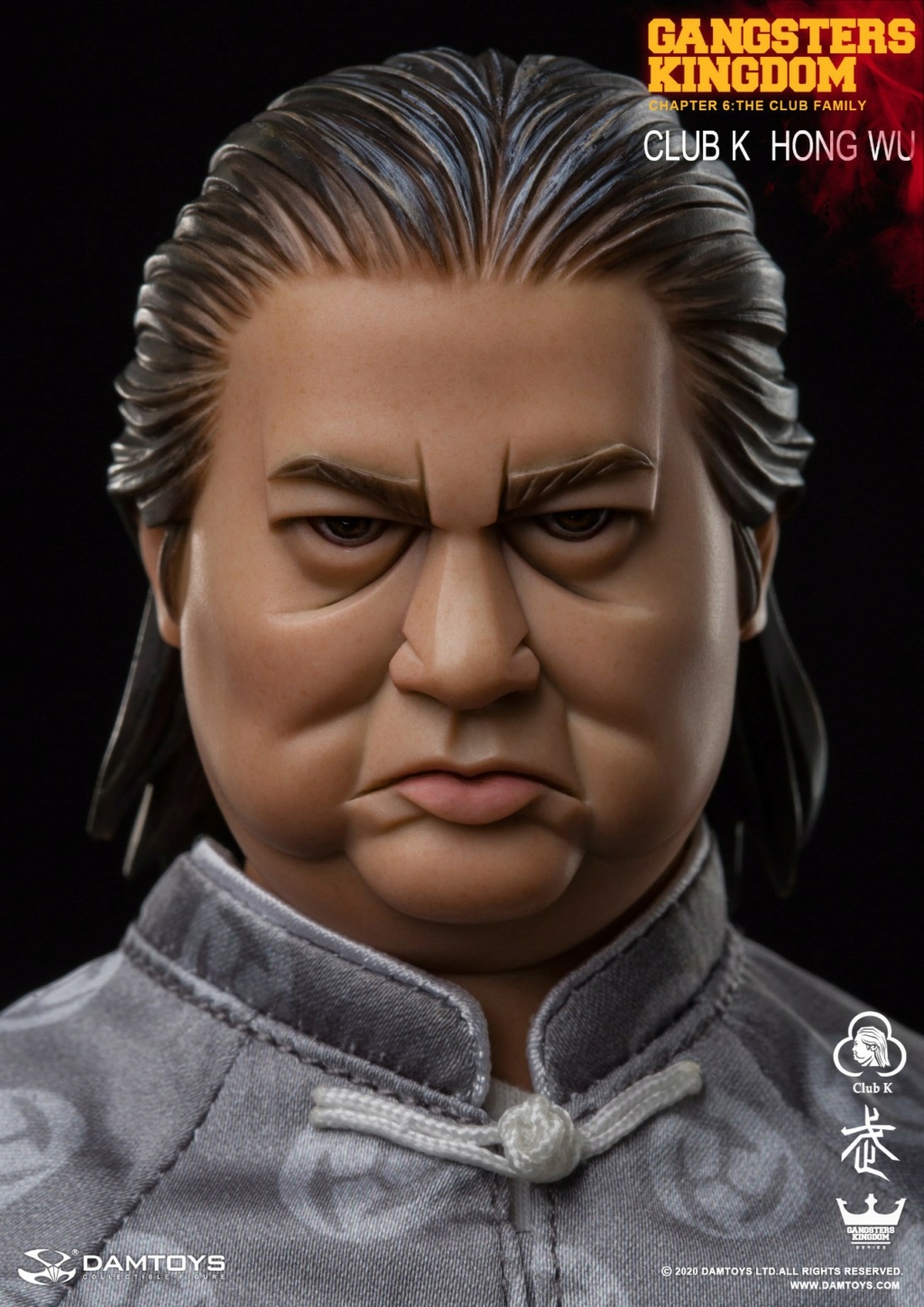 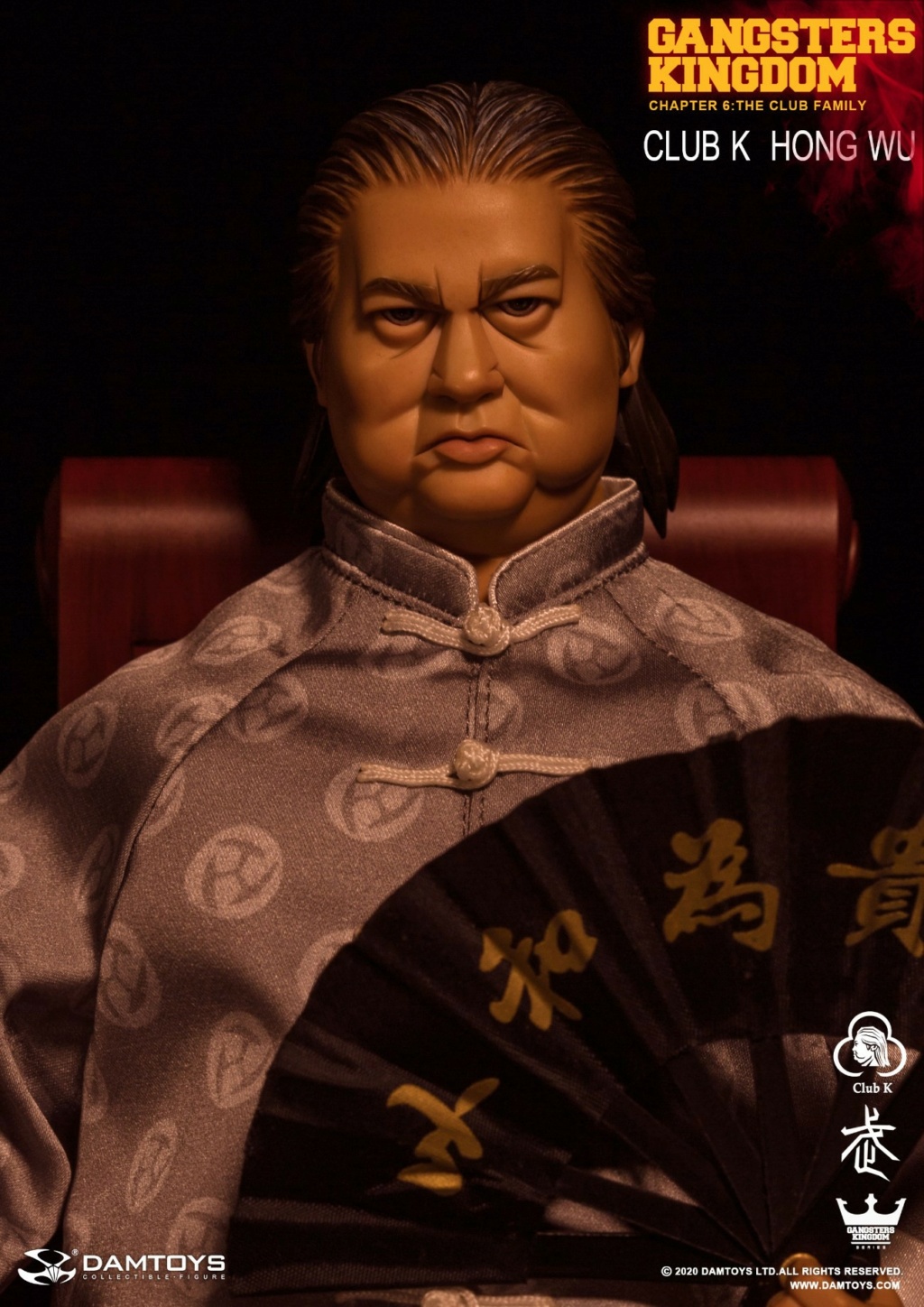 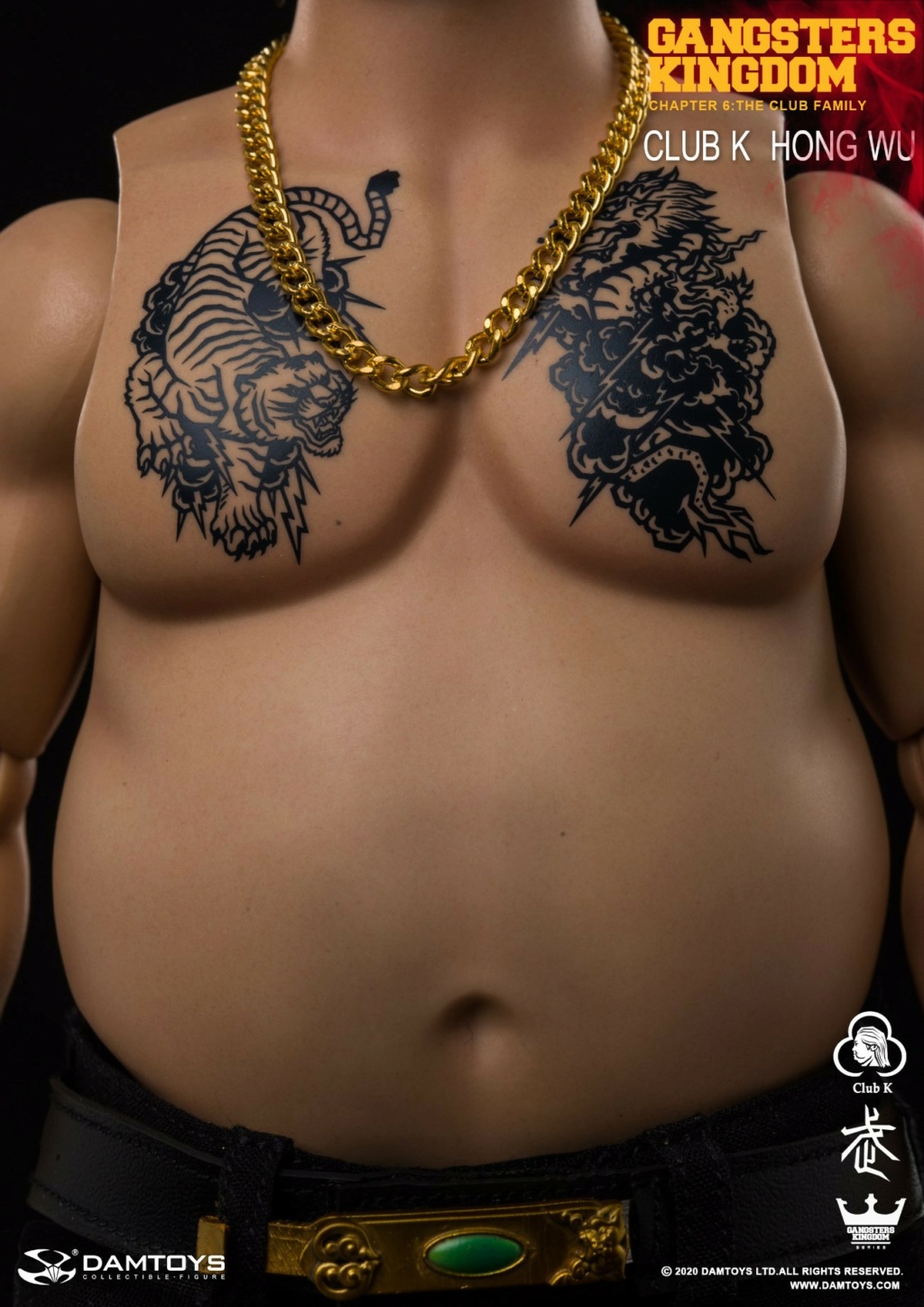 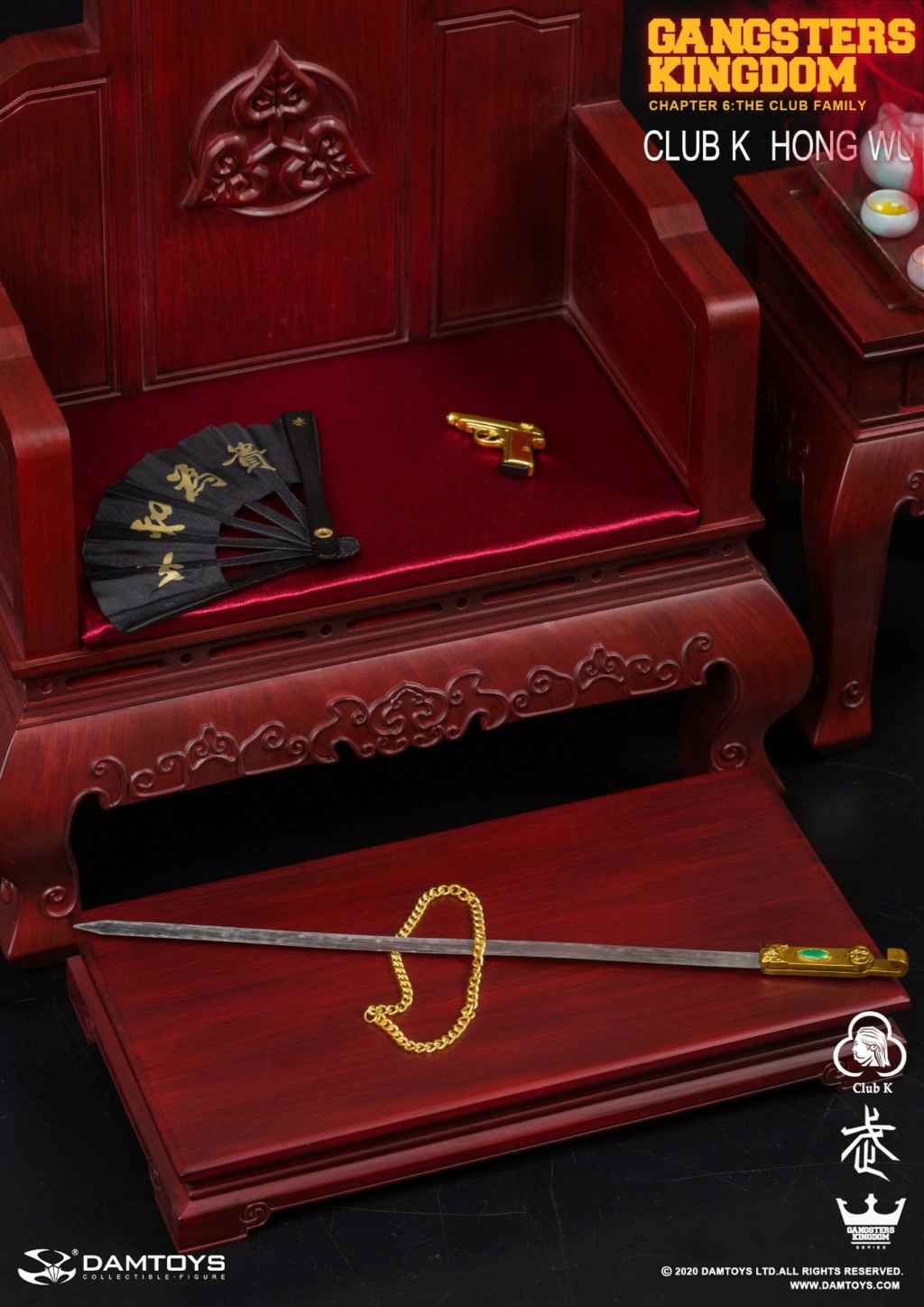 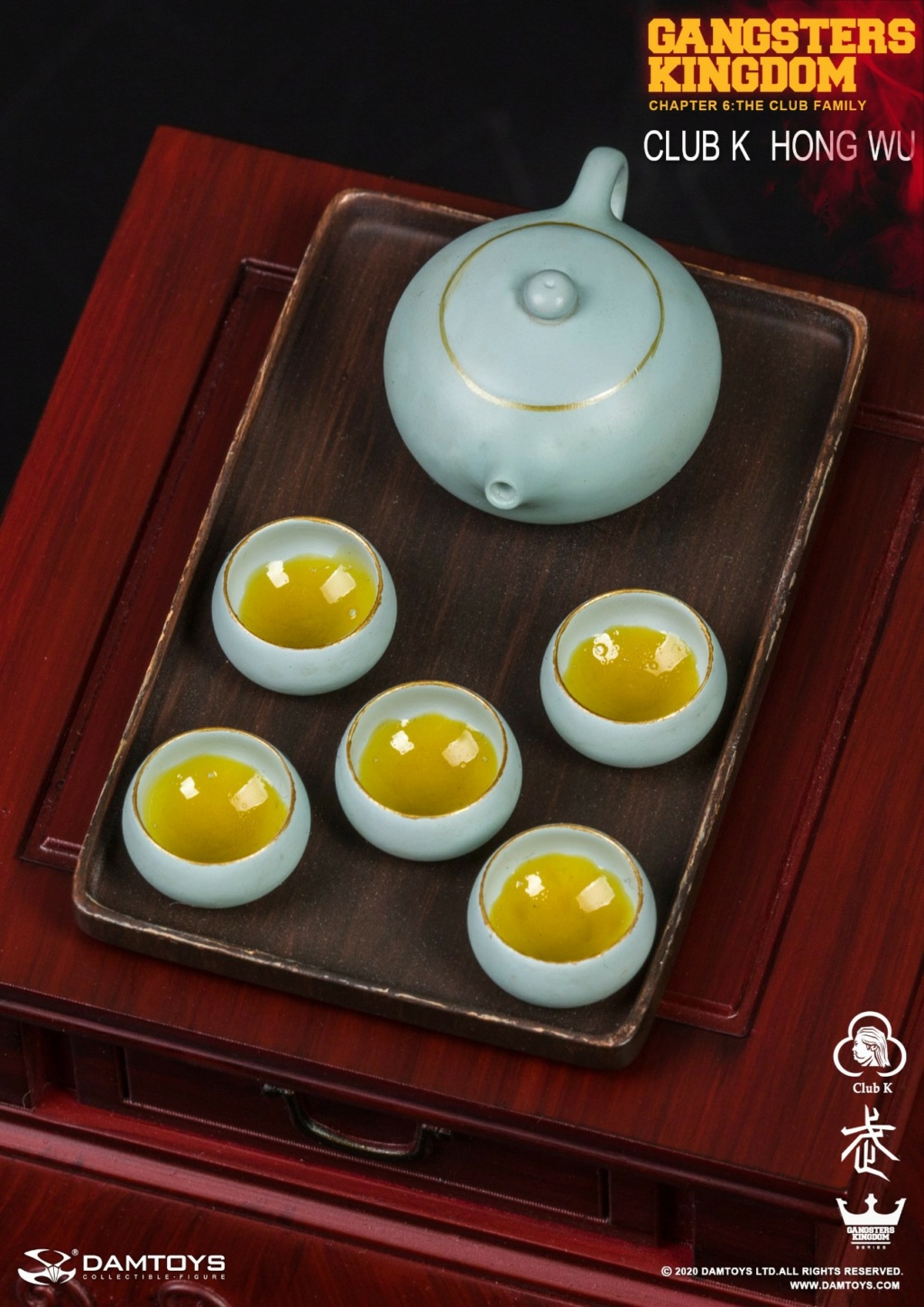 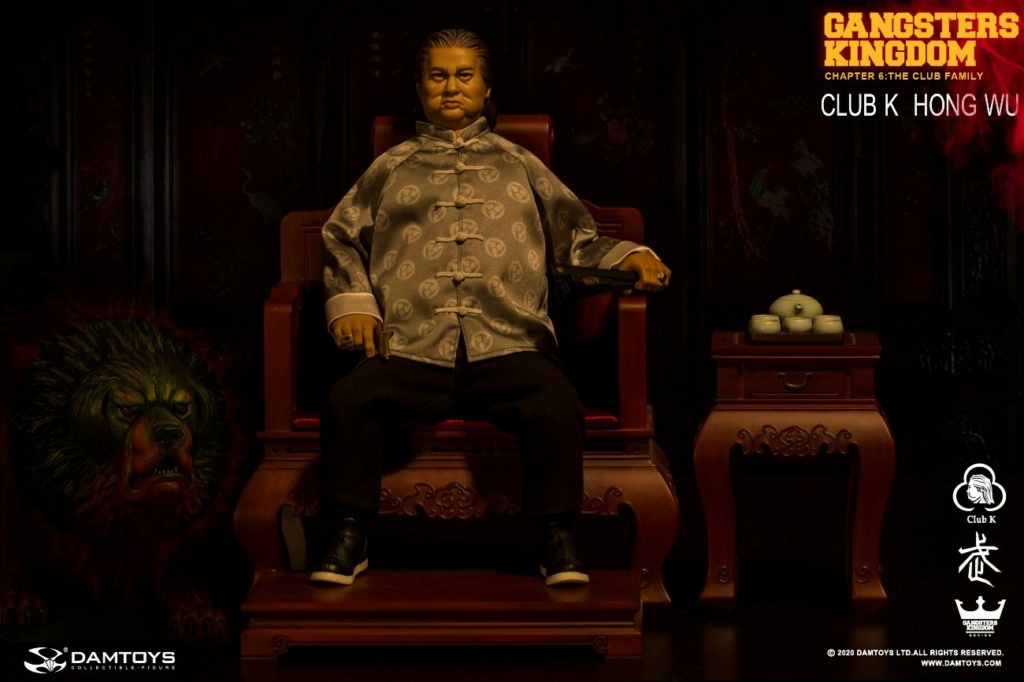 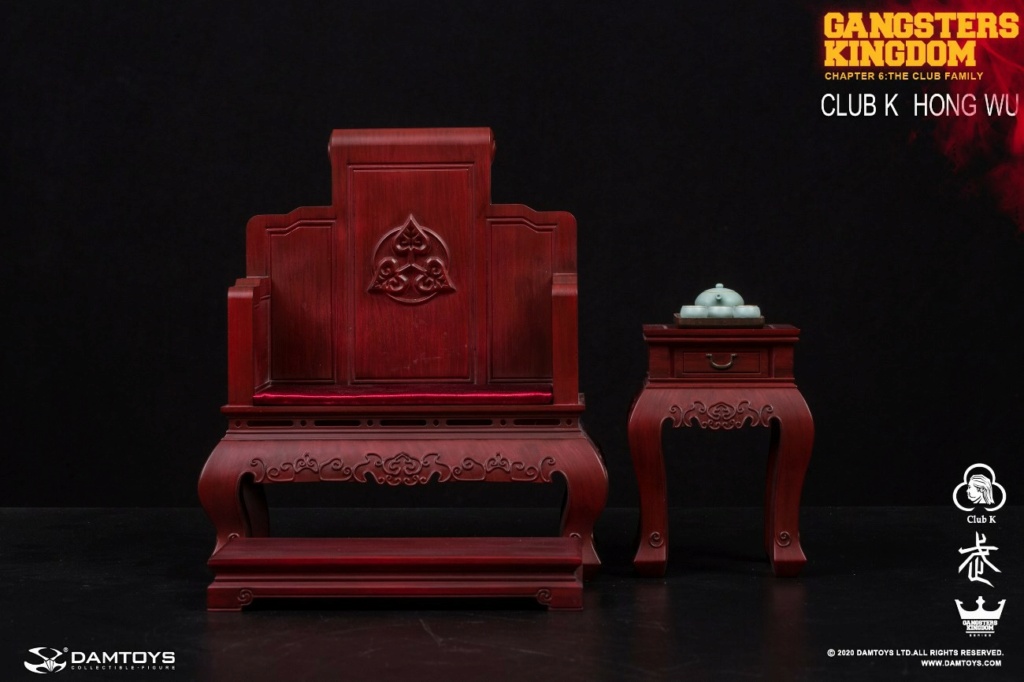 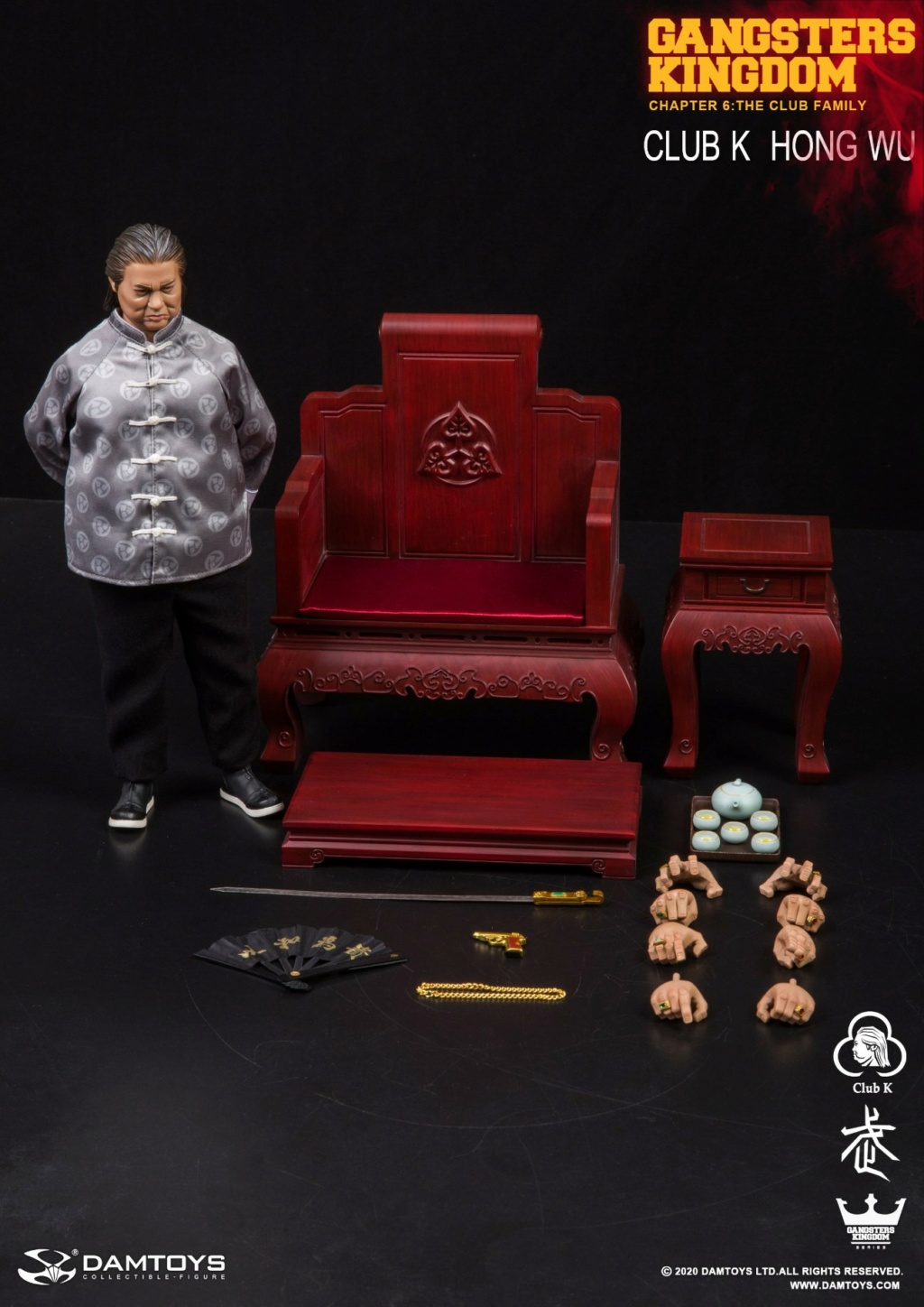 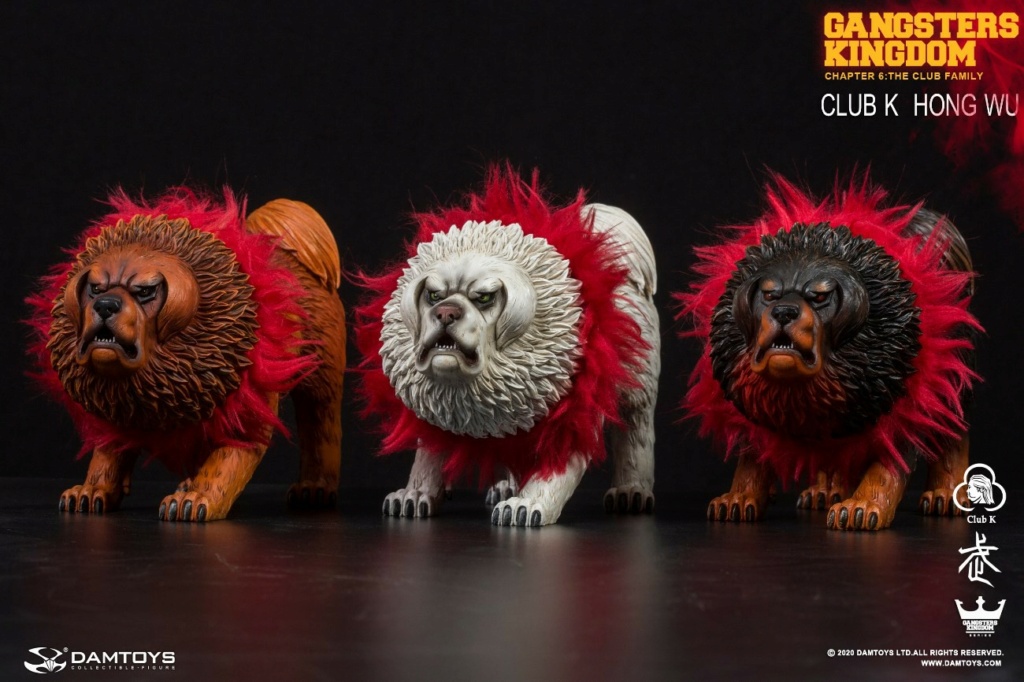 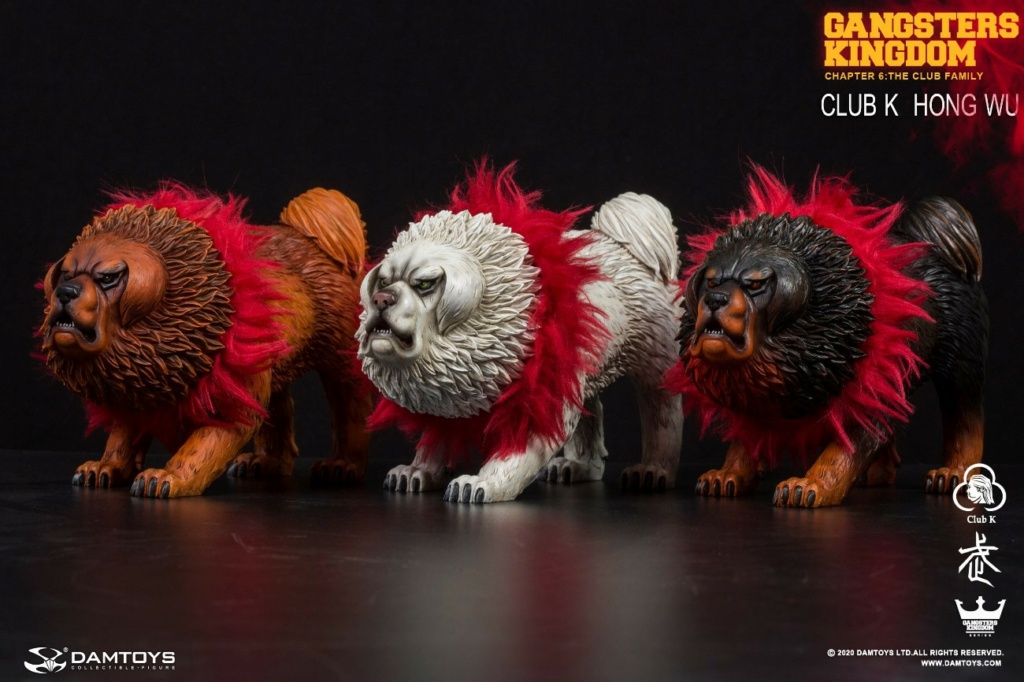 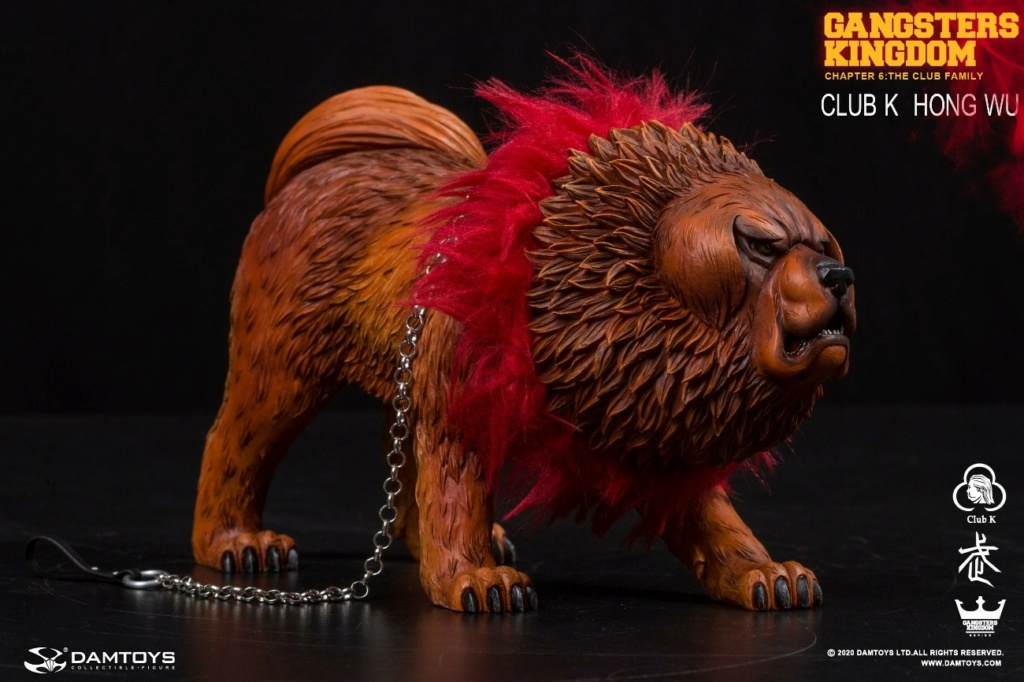 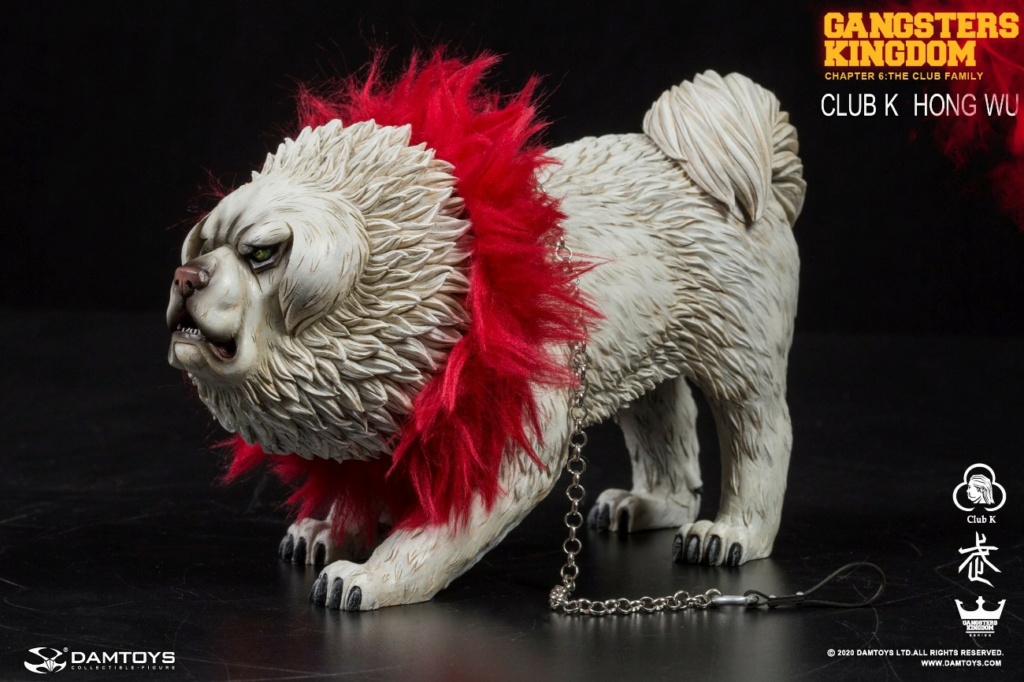 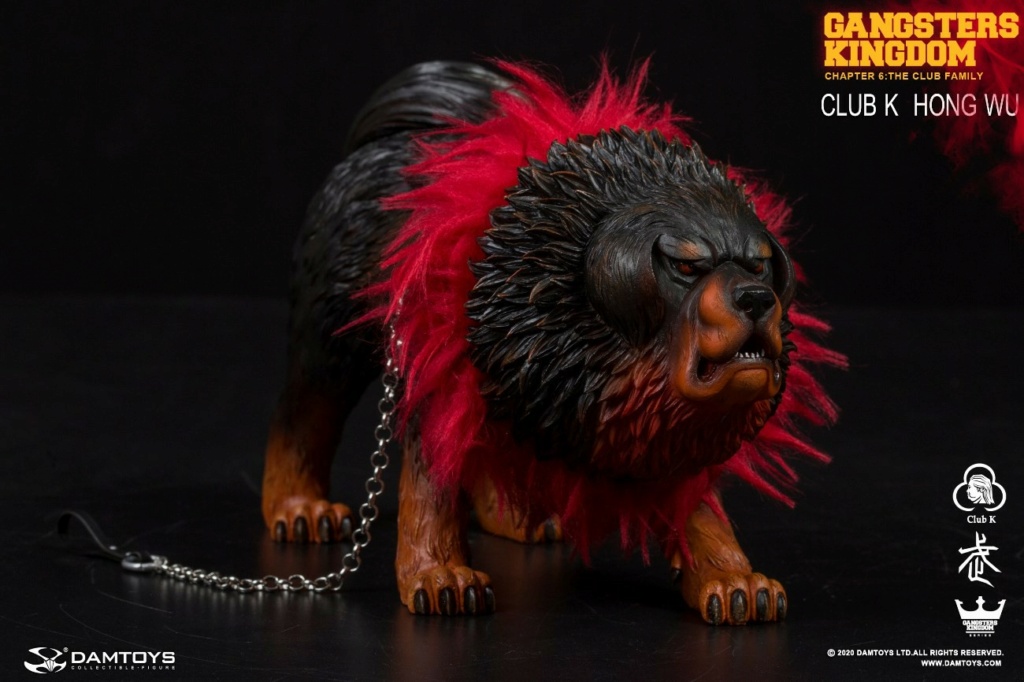 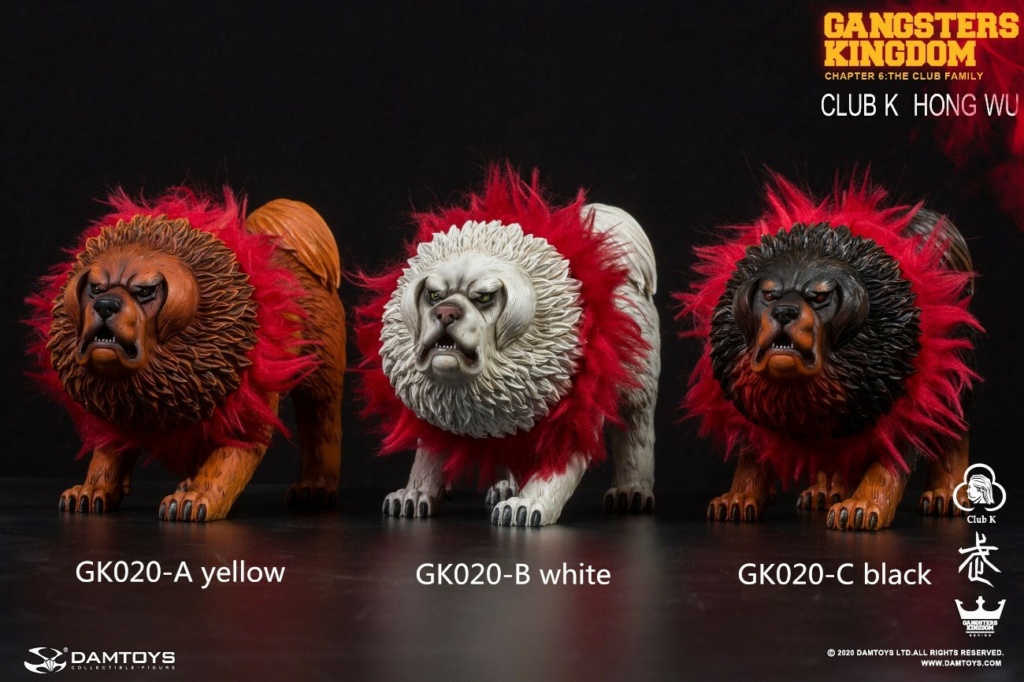