Wonder Woman who embraces her roots as she stands for what she believes has become an enduring heroine for millions of fans world-wide. As a member of the world’s greatest super heroes, the legendary warrior princess is an Amazonian force to be reckoned with. Inspired by the comic art in the early days, Hot Toys is delighted to present today the 1/6th scale Wonder Woman (Comic Concept Version) Collectible Figure as a special release from the Justice League line-up.

Beautifully crafted based on the appearance of Wonder Woman in Justice League, the figure features a head sculpt with long curly dark brown real fabric hair and Wonder Woman’s signature tiara in silver, a specialized body tailored, an amazingly detailed red and gold costume accent with silver stars with a navy blue scarf. Aside from the iconic battle suit, the figure also comes with a number of weapons and accessories including an engraved sword, a shield, a pair of Wonder Woman’s signature “Bracelets of Submissions” in silver, her “Lasso of Truth”, bullet sparkling effects attachable to the bracelets, and a specially designed hexagonal figure stand.

Weapons:
- One (1) engraved sword
- One (1) shield
- One (1) piece of bendable gold colored rope (Lasso of Truth) (attachable to the figure)

JUSTICE LEAGUE and all related characters and elements 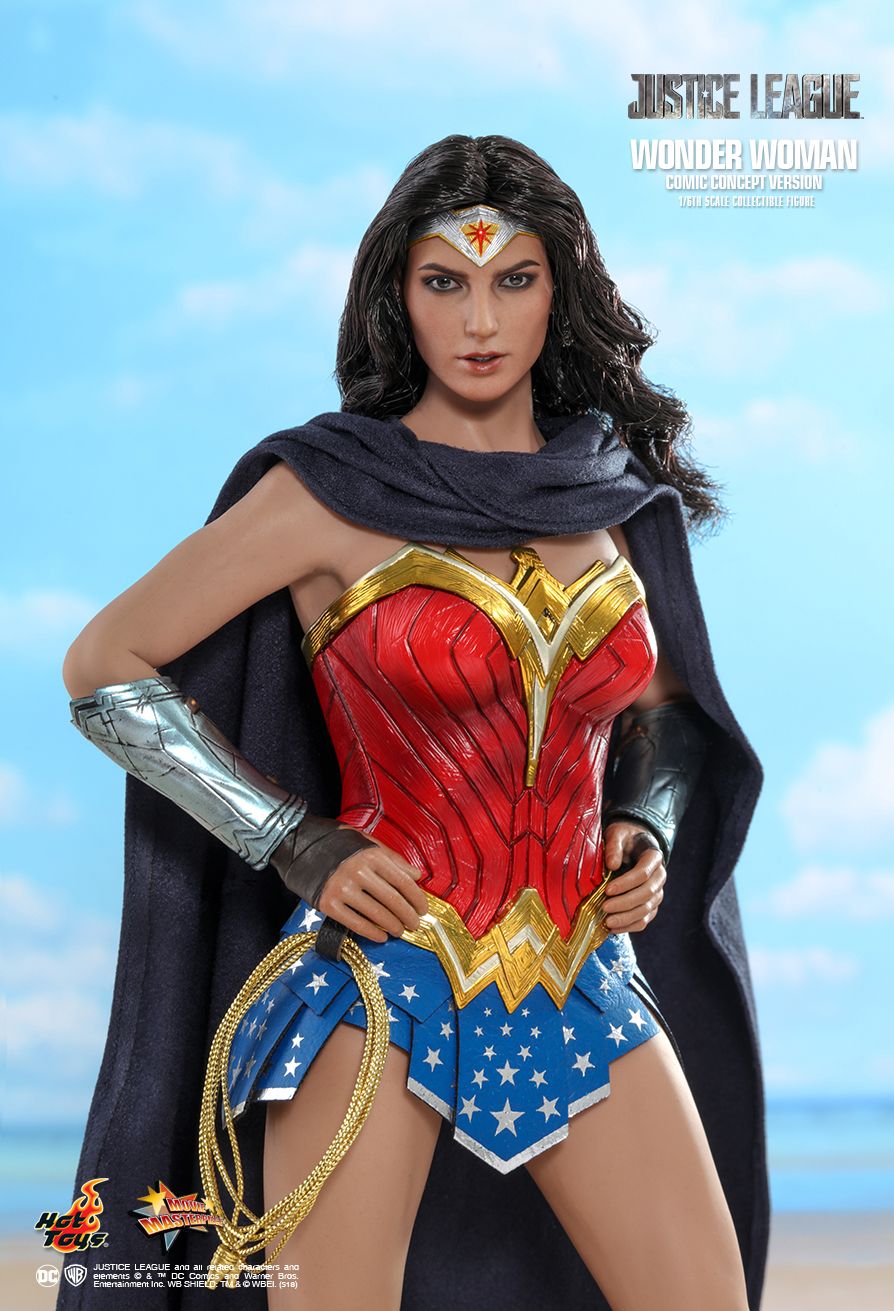 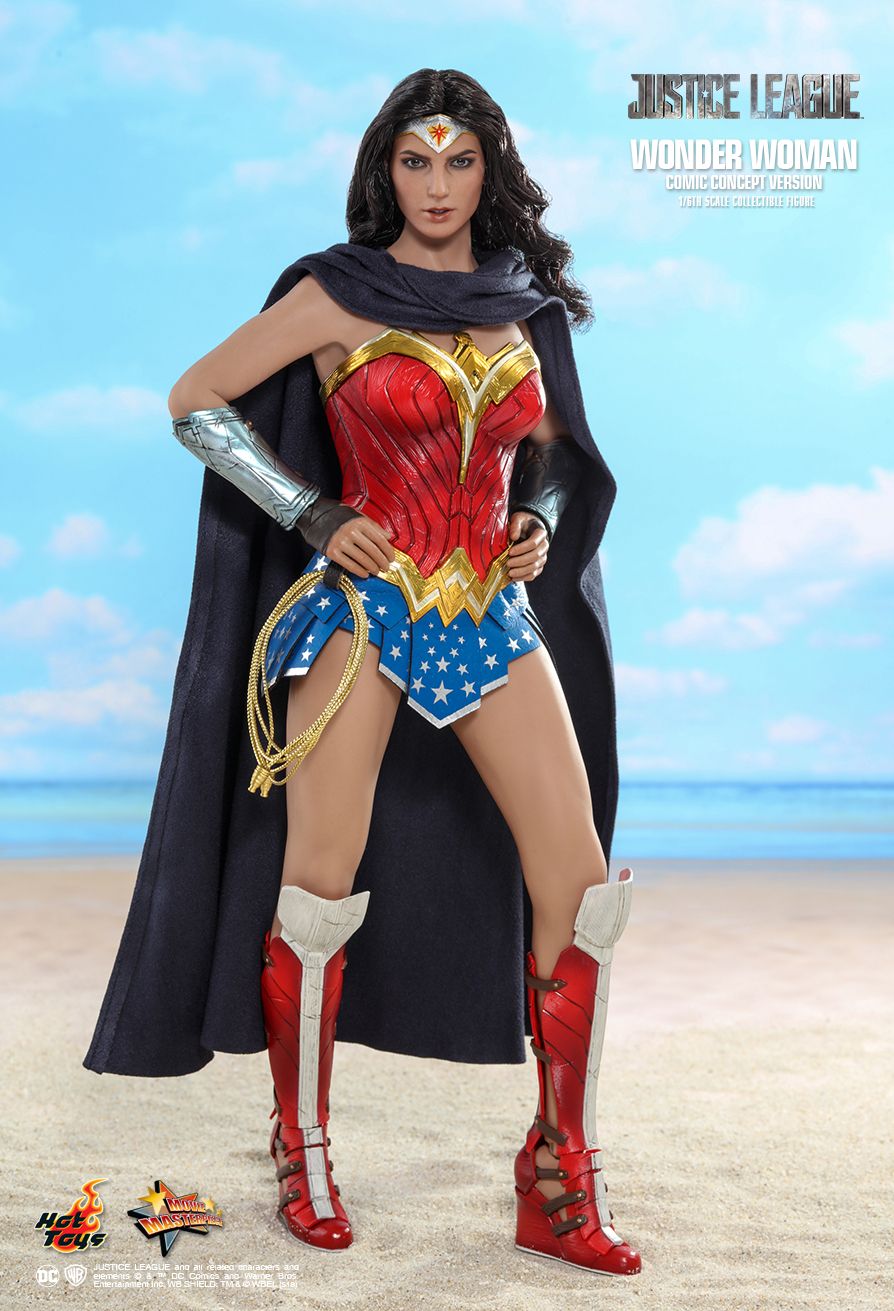 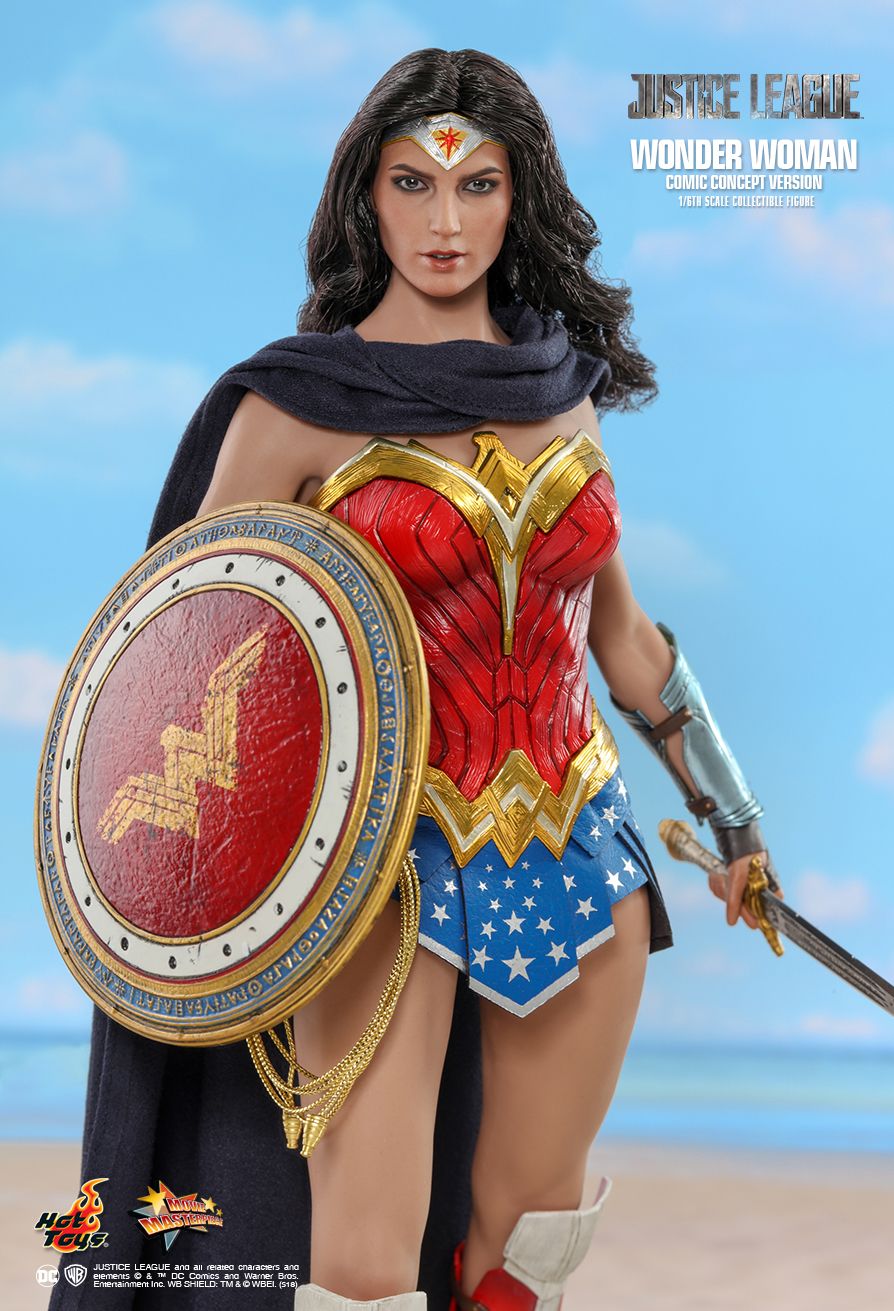 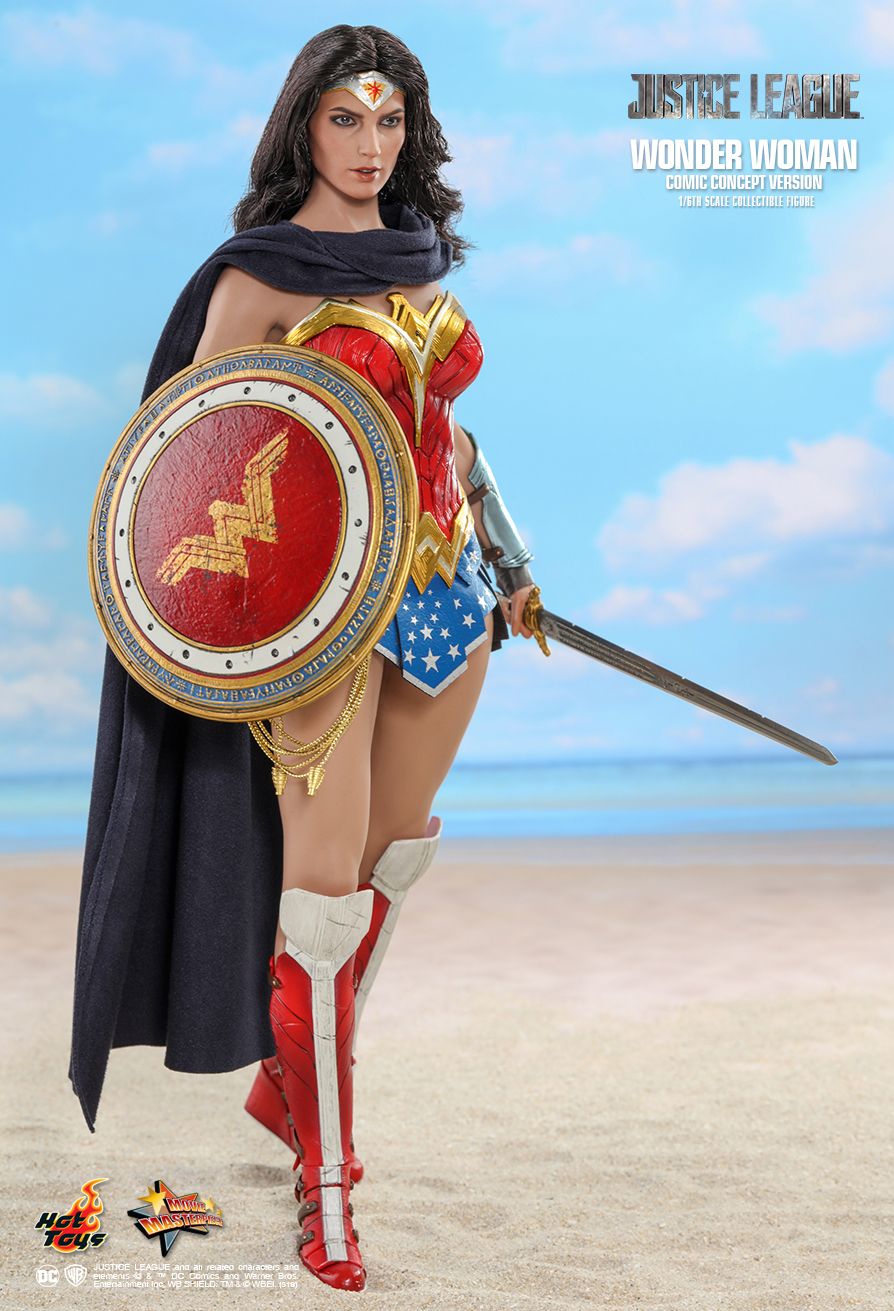 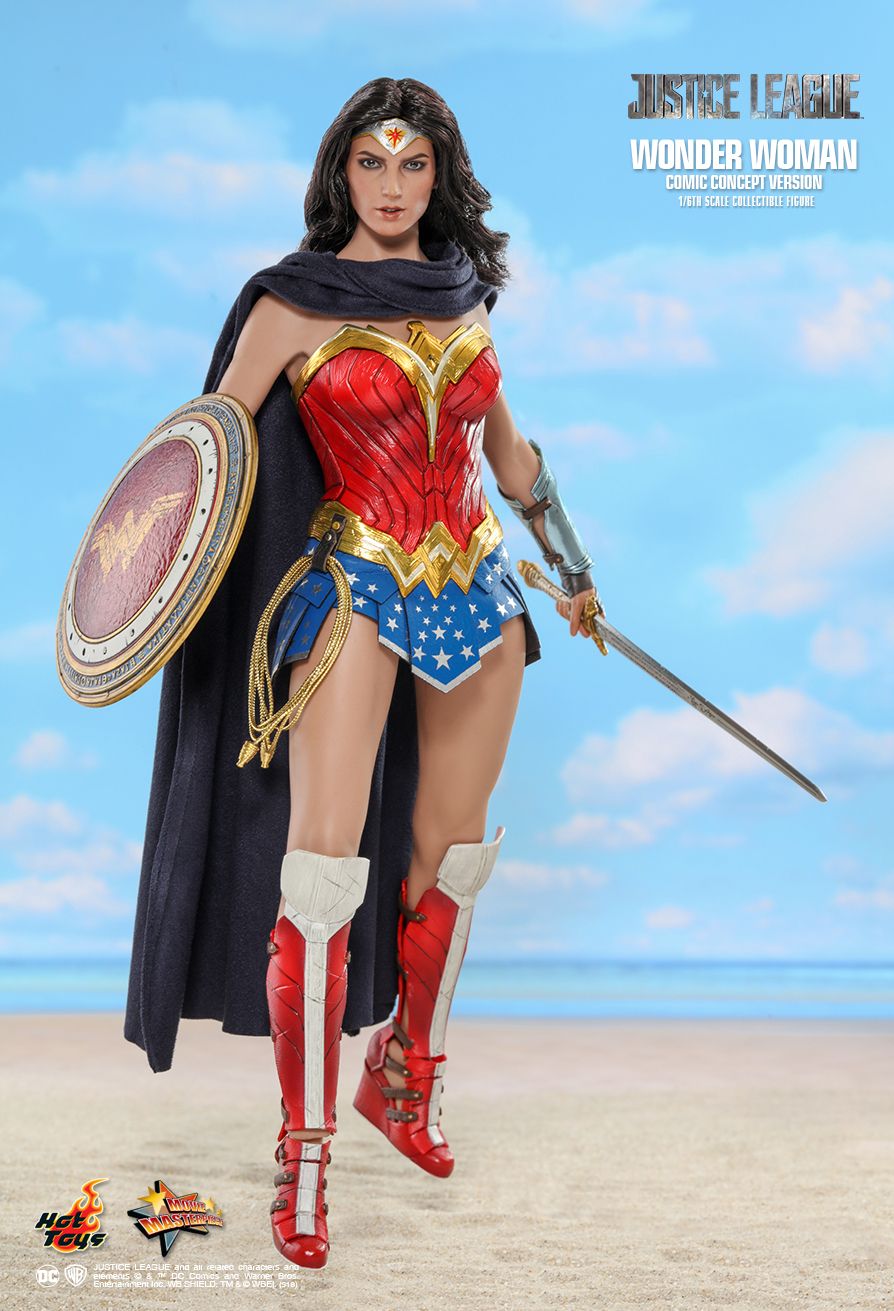 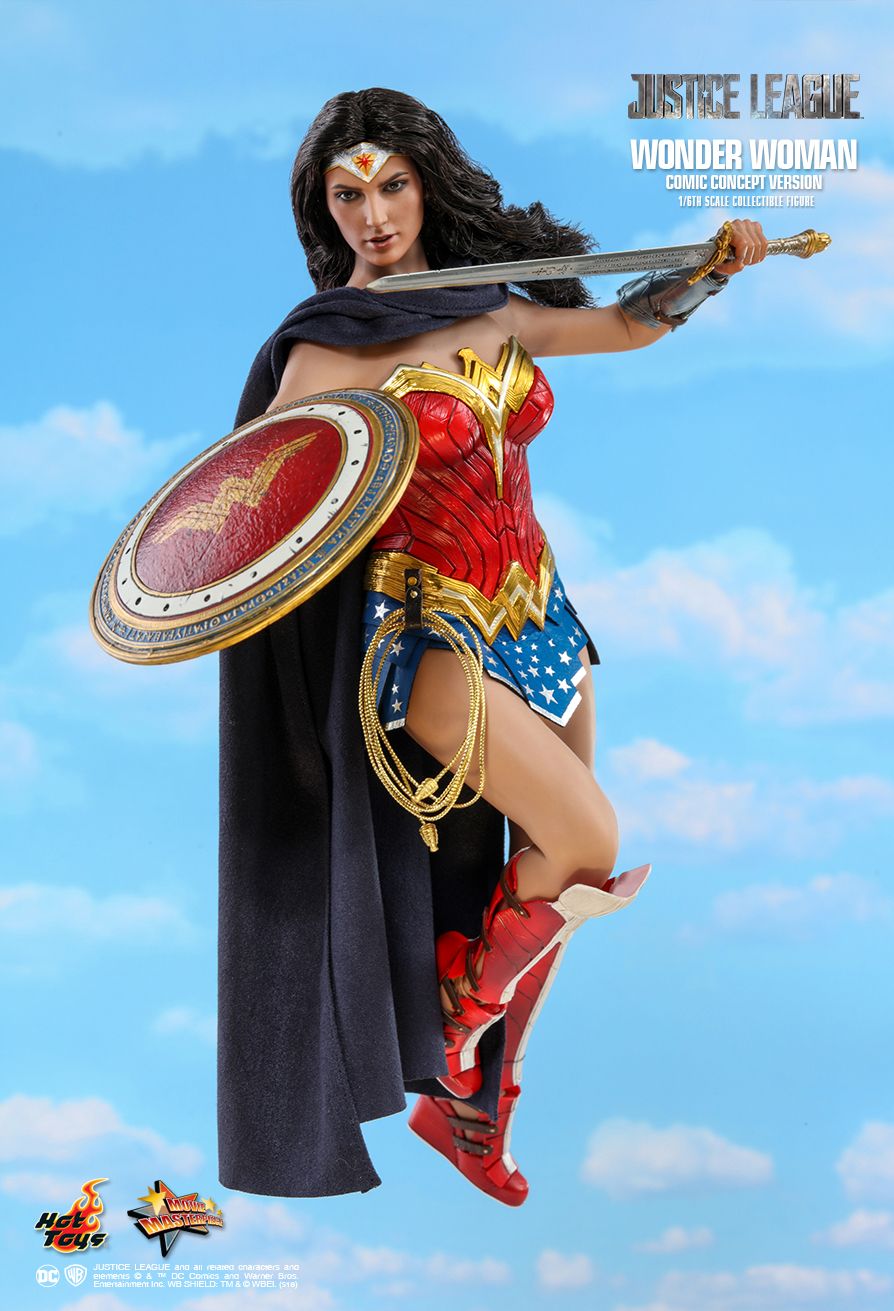 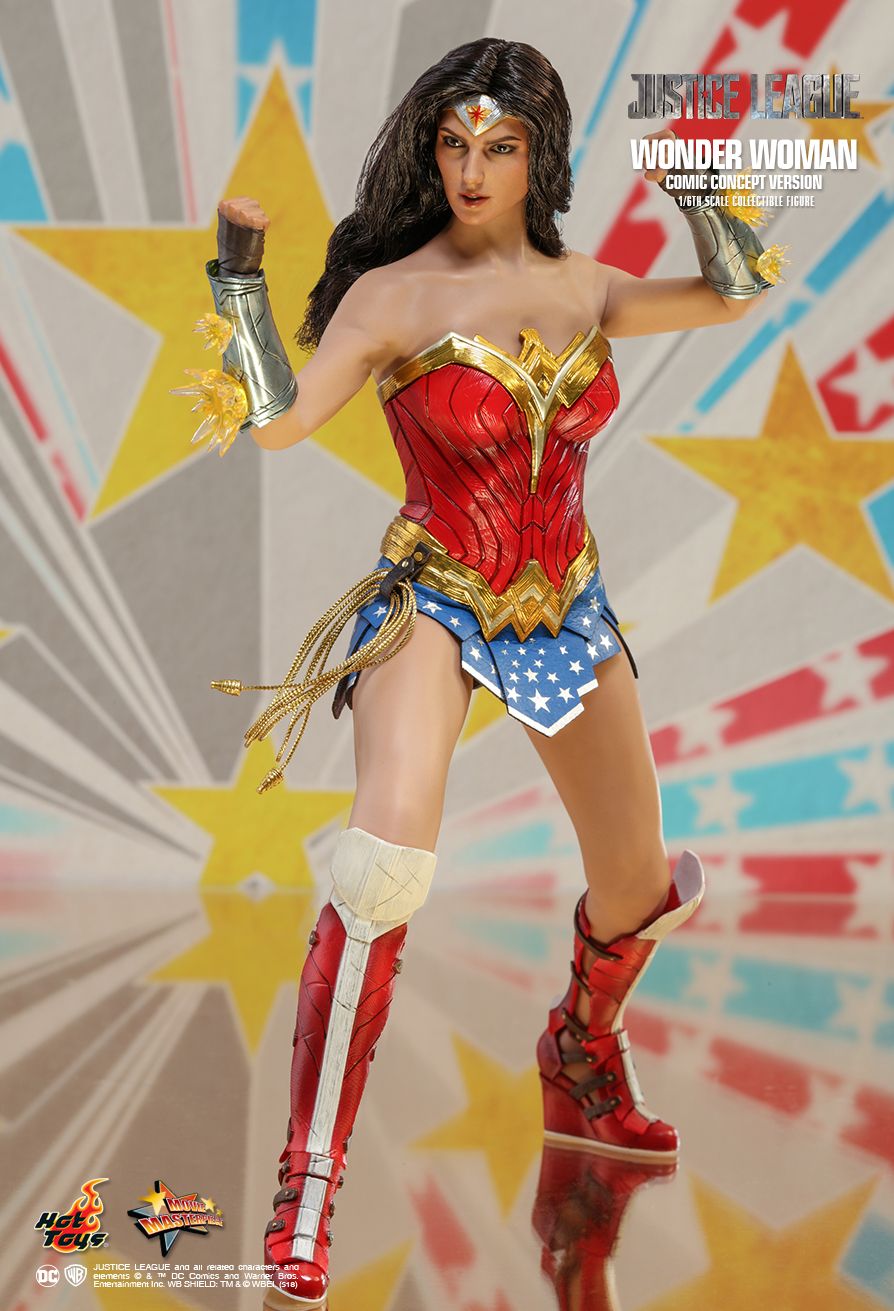 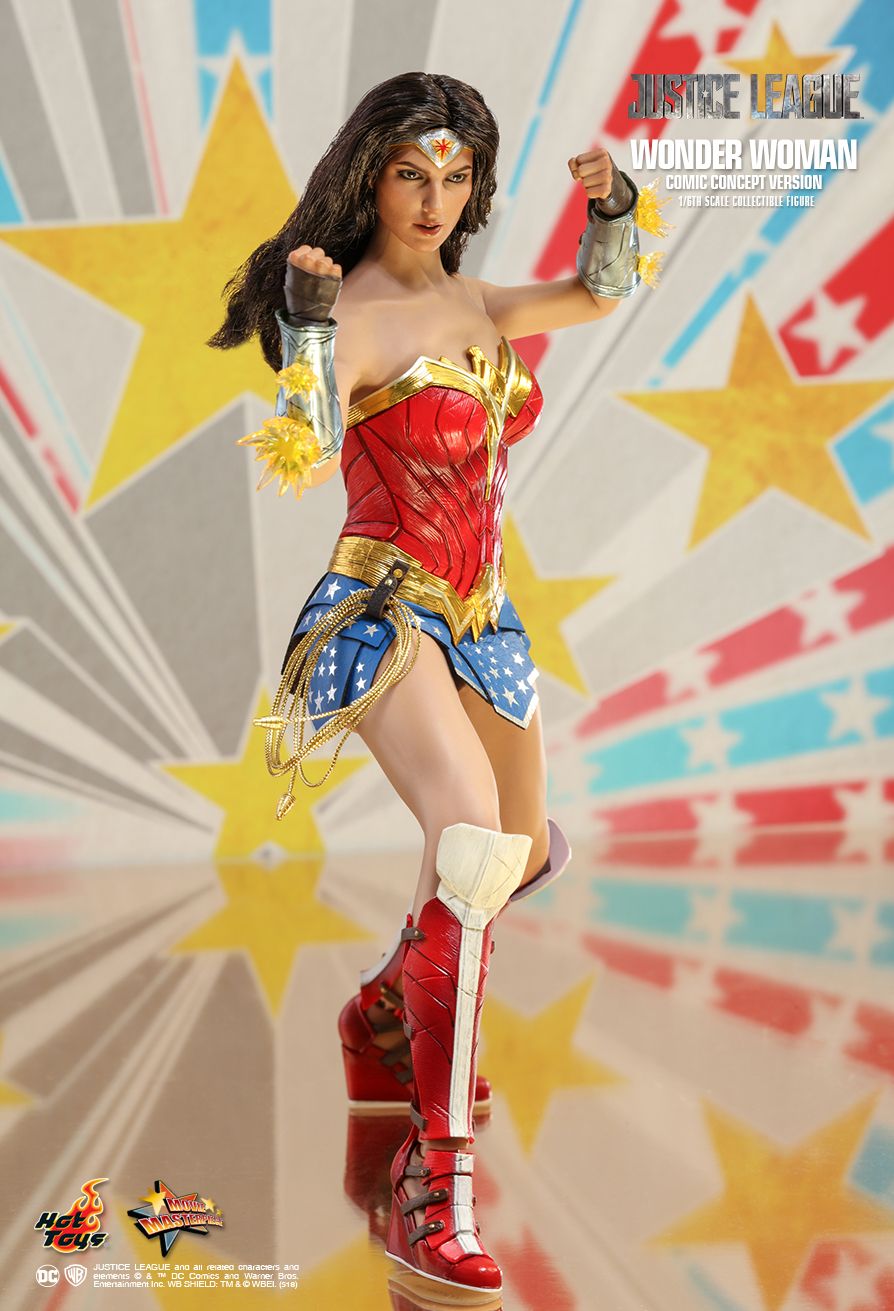 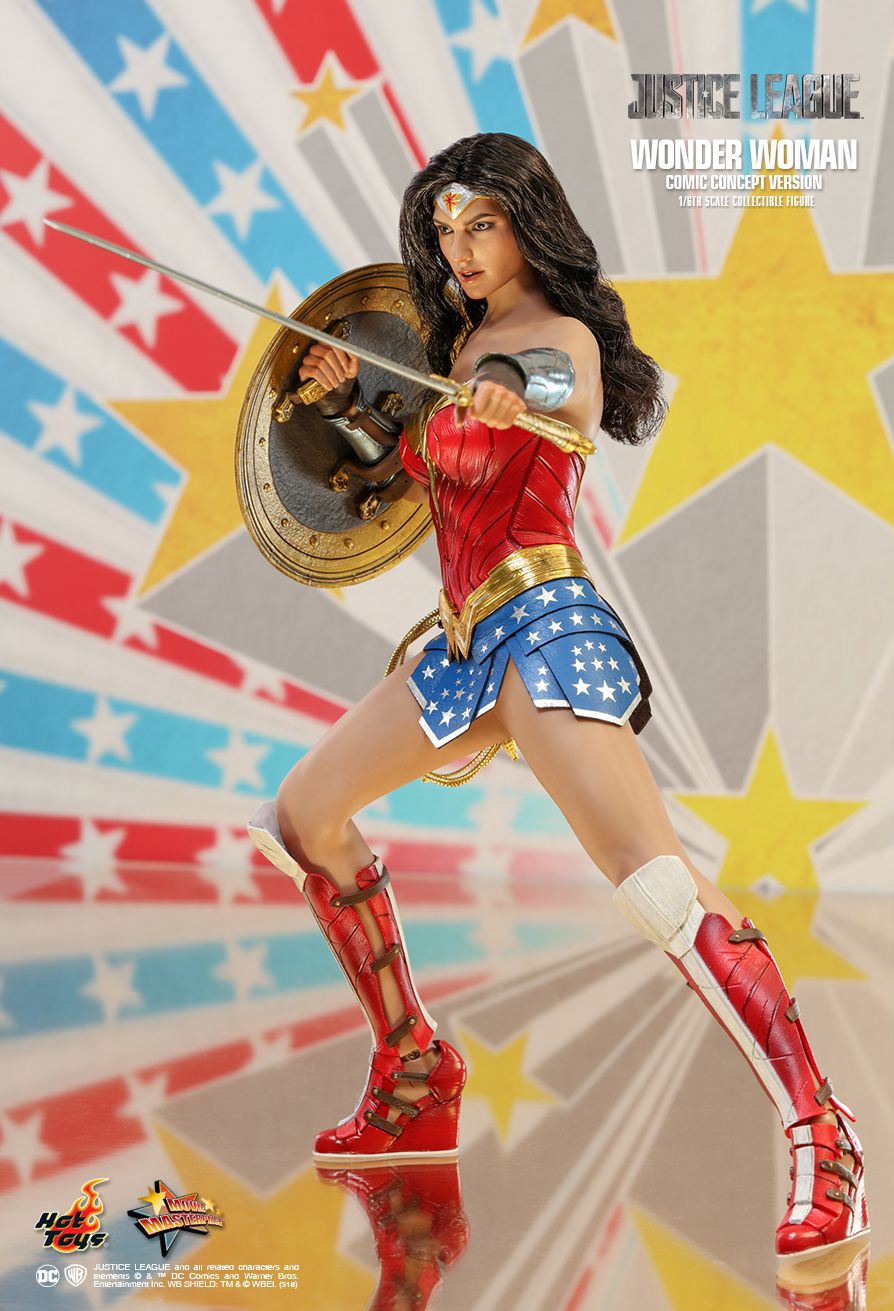 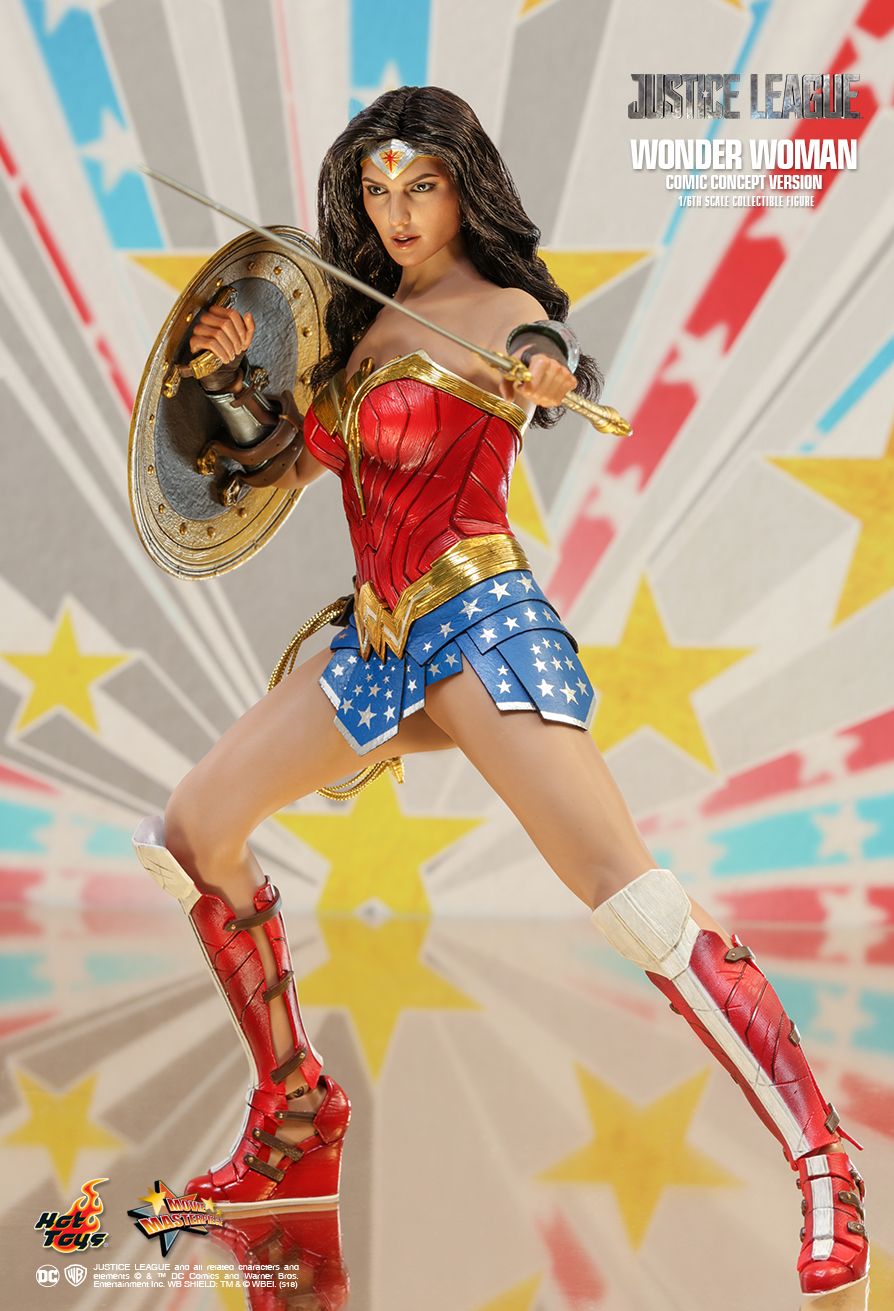 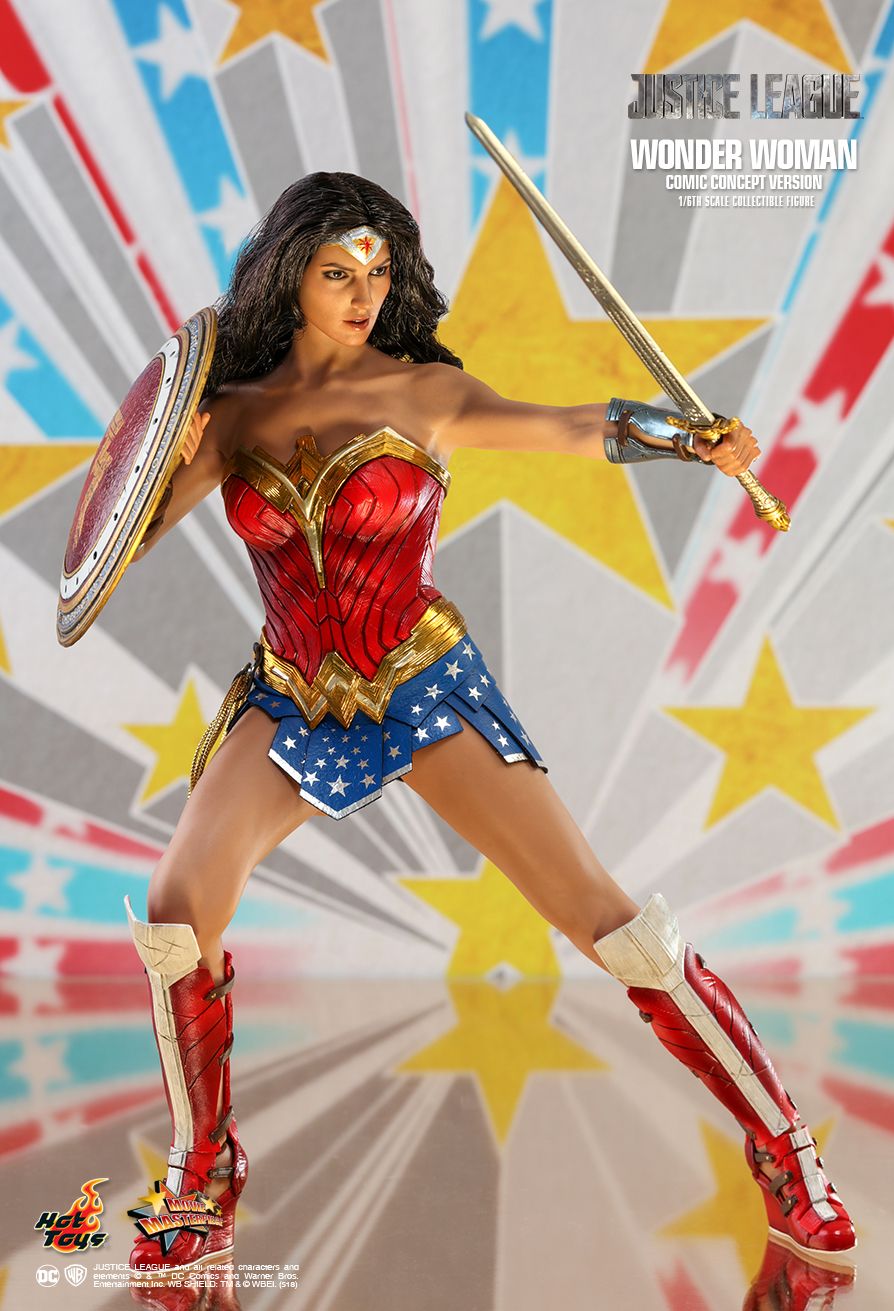 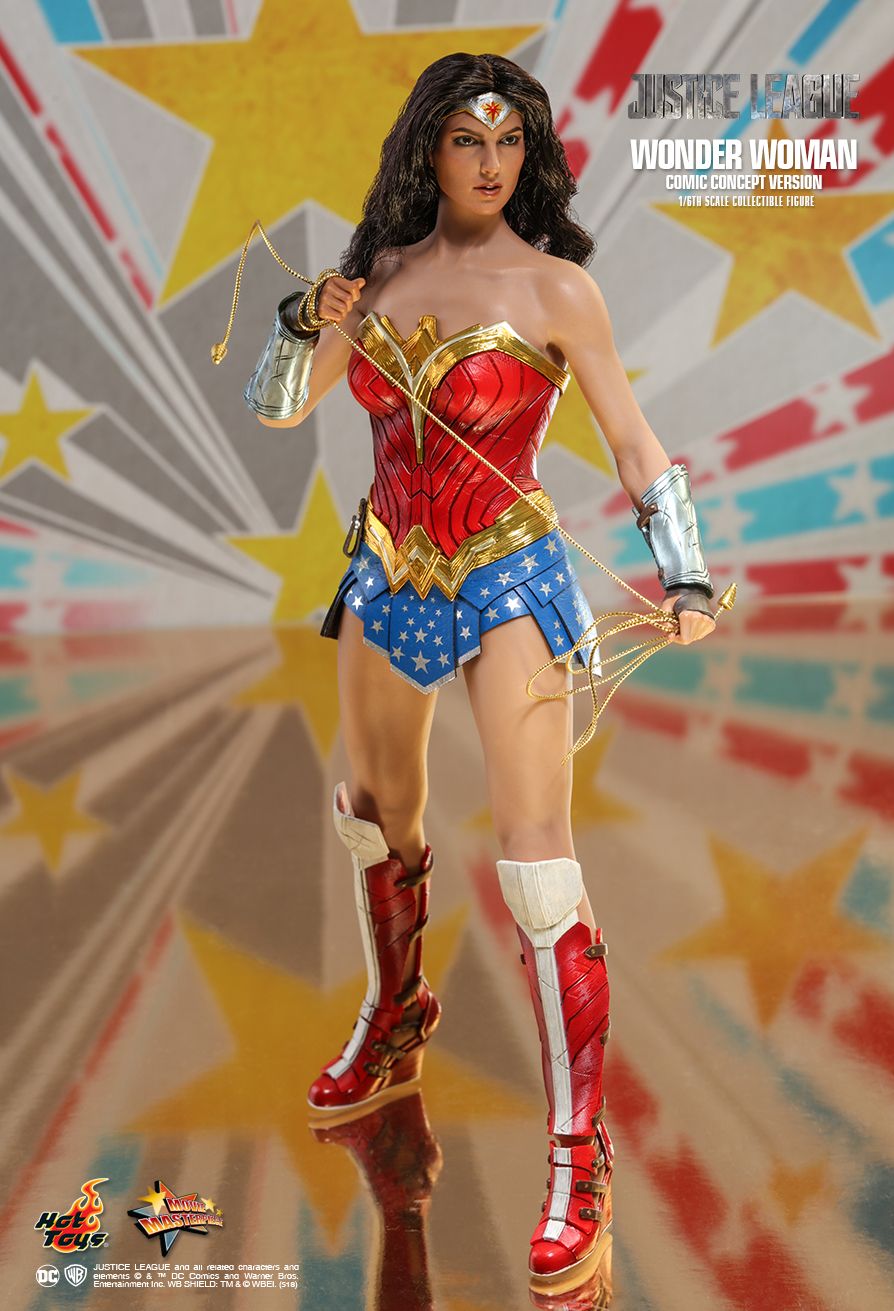 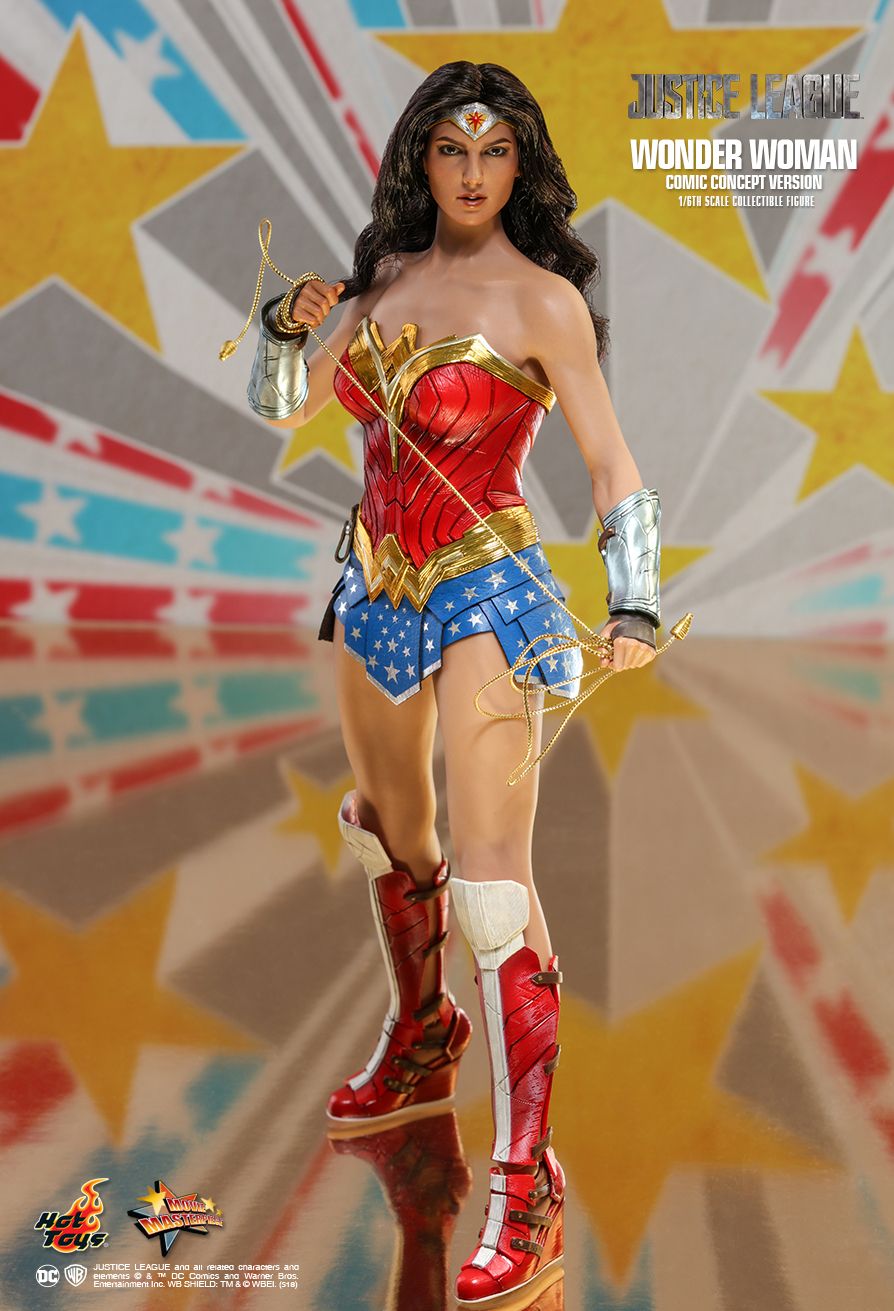 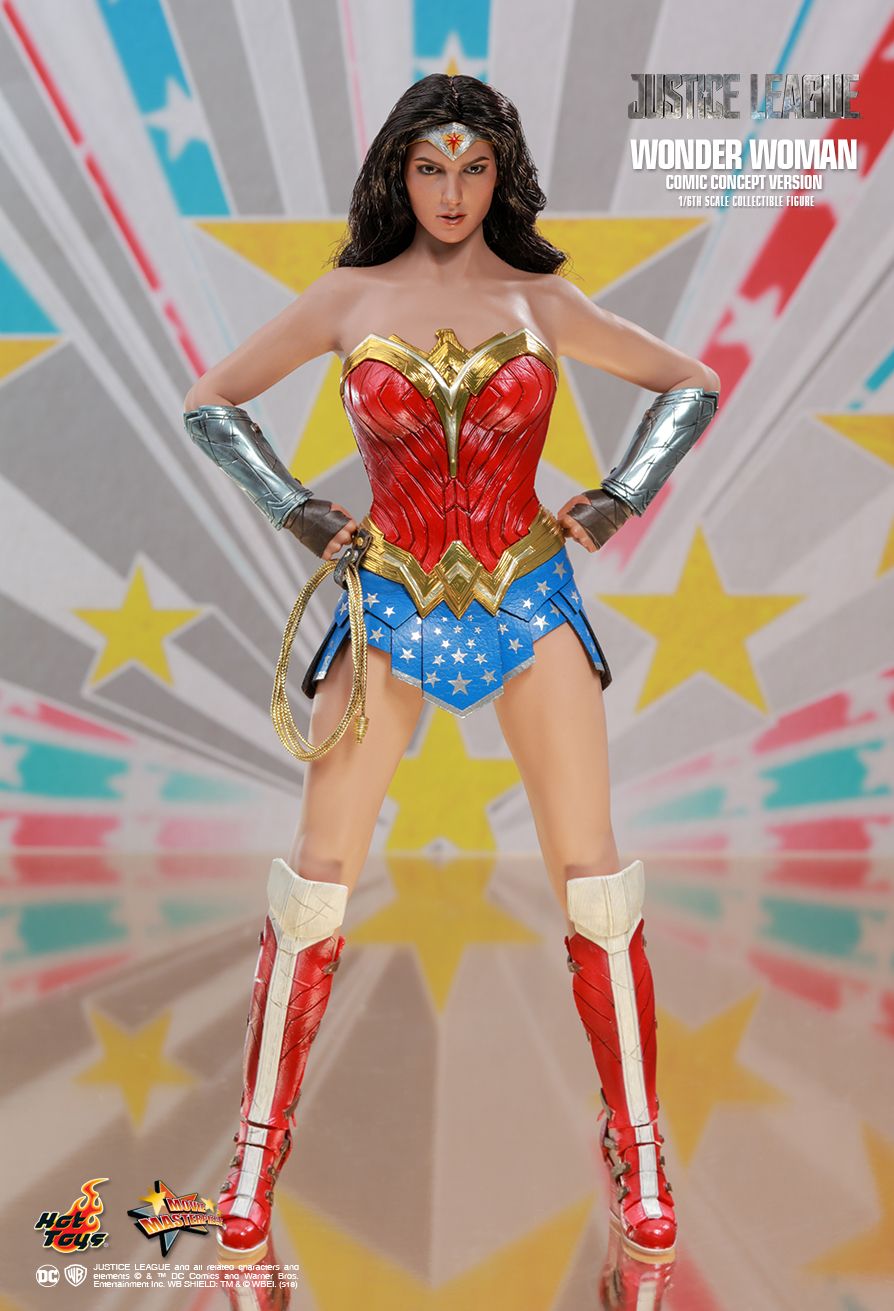 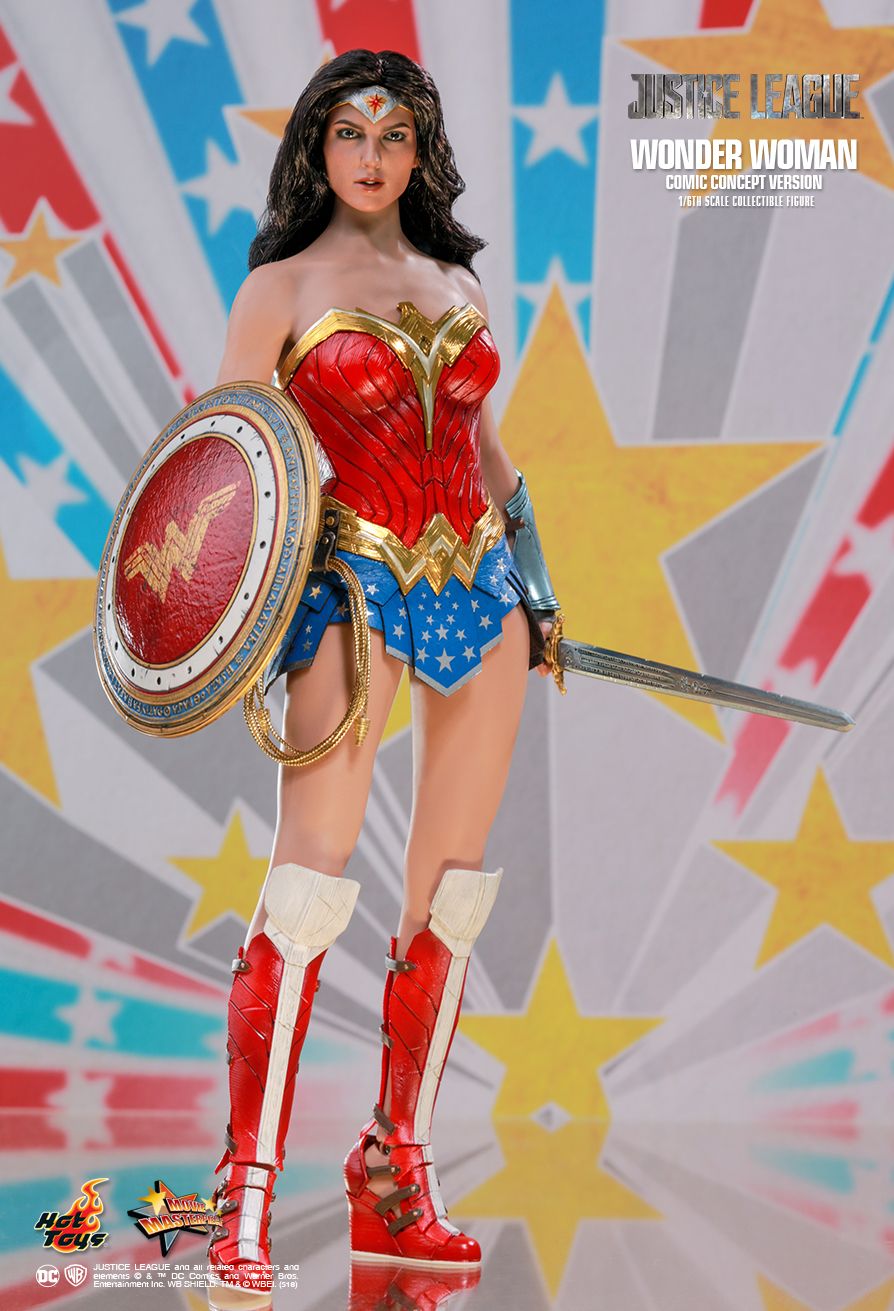 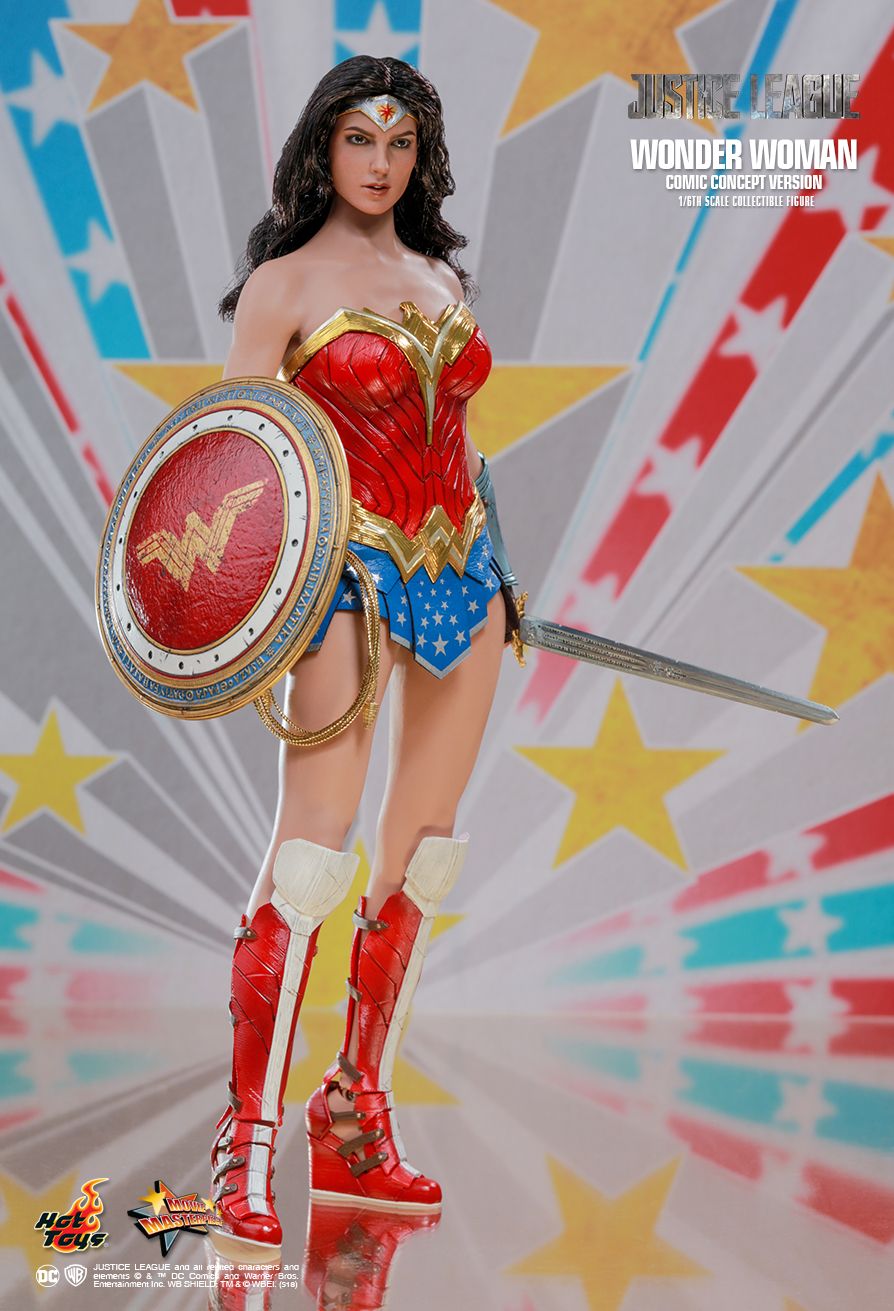 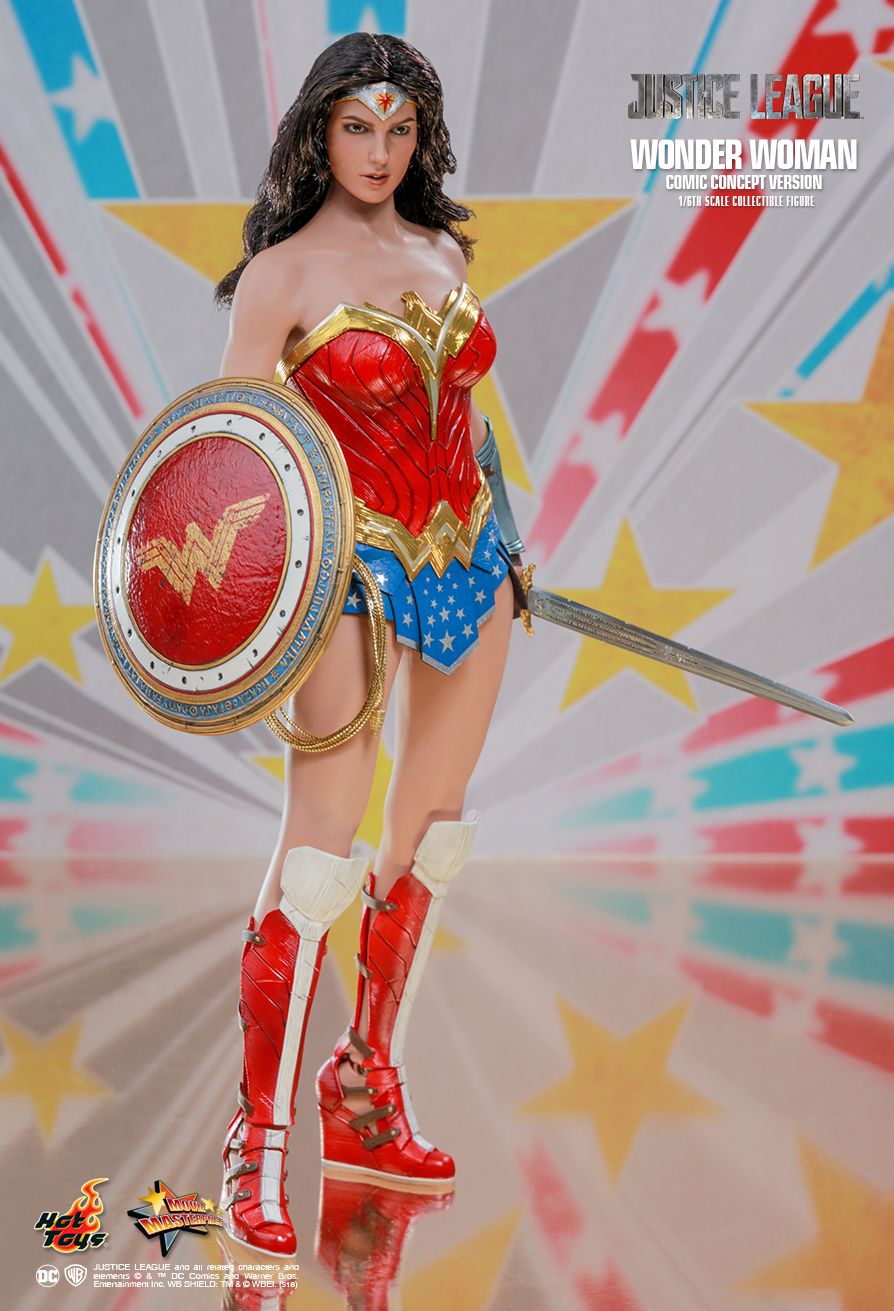 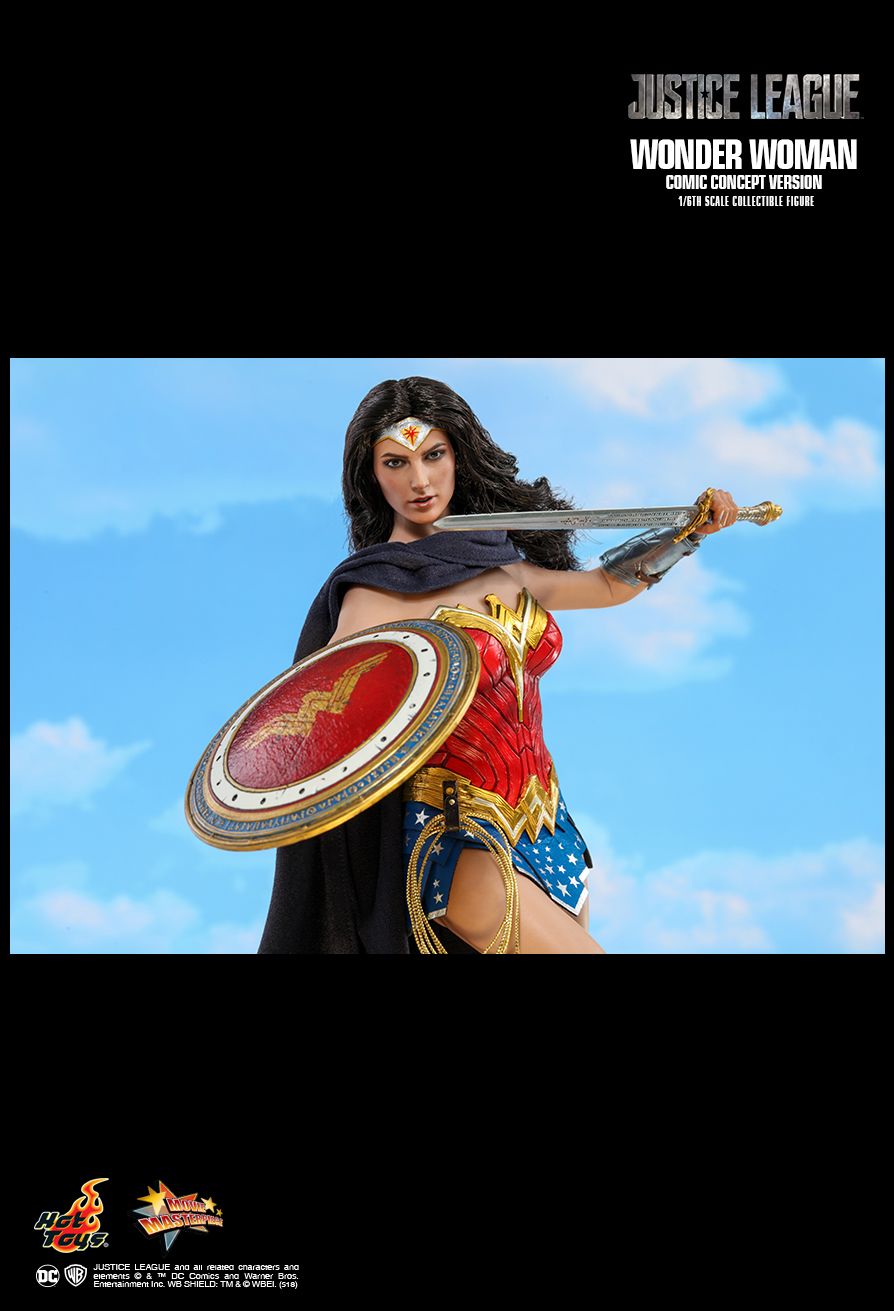 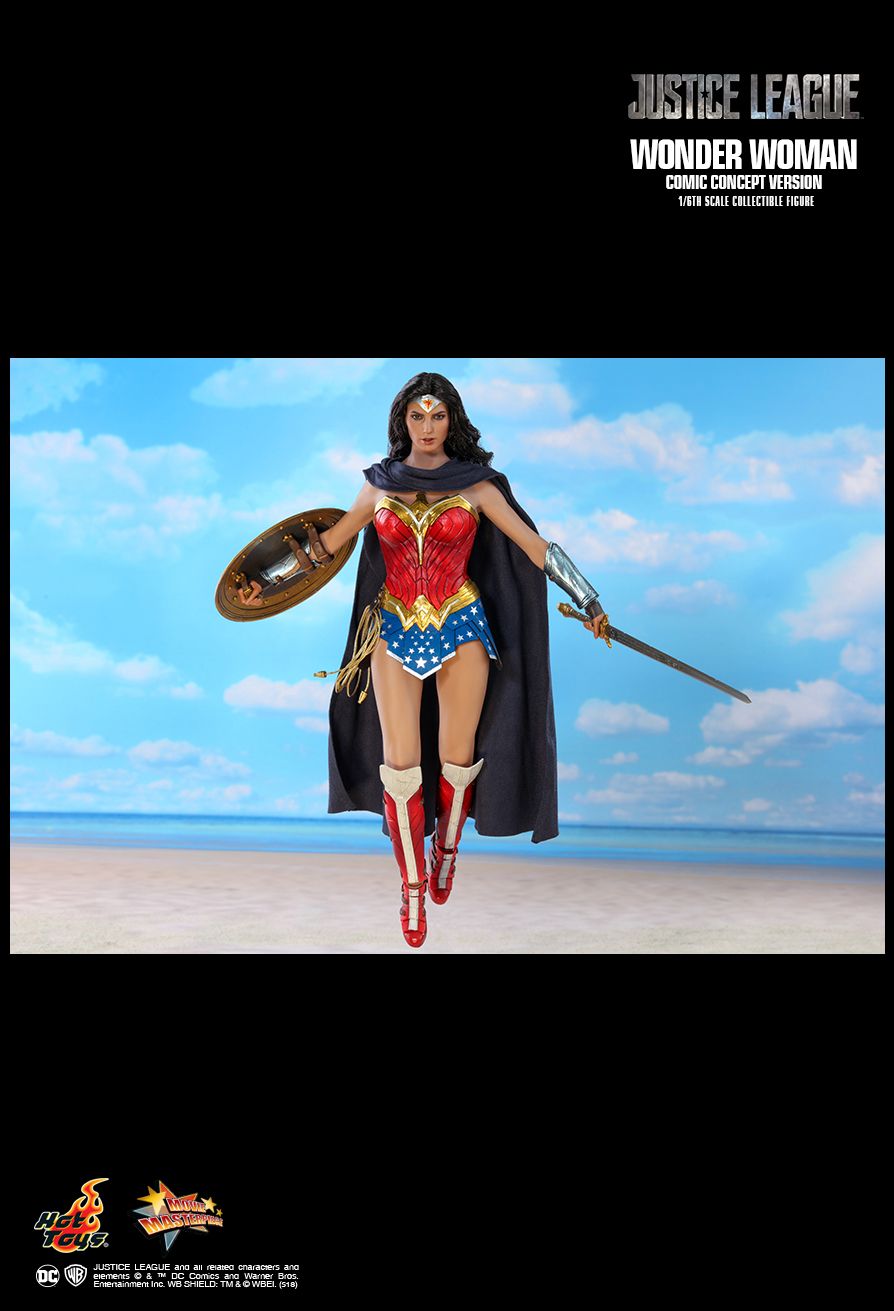 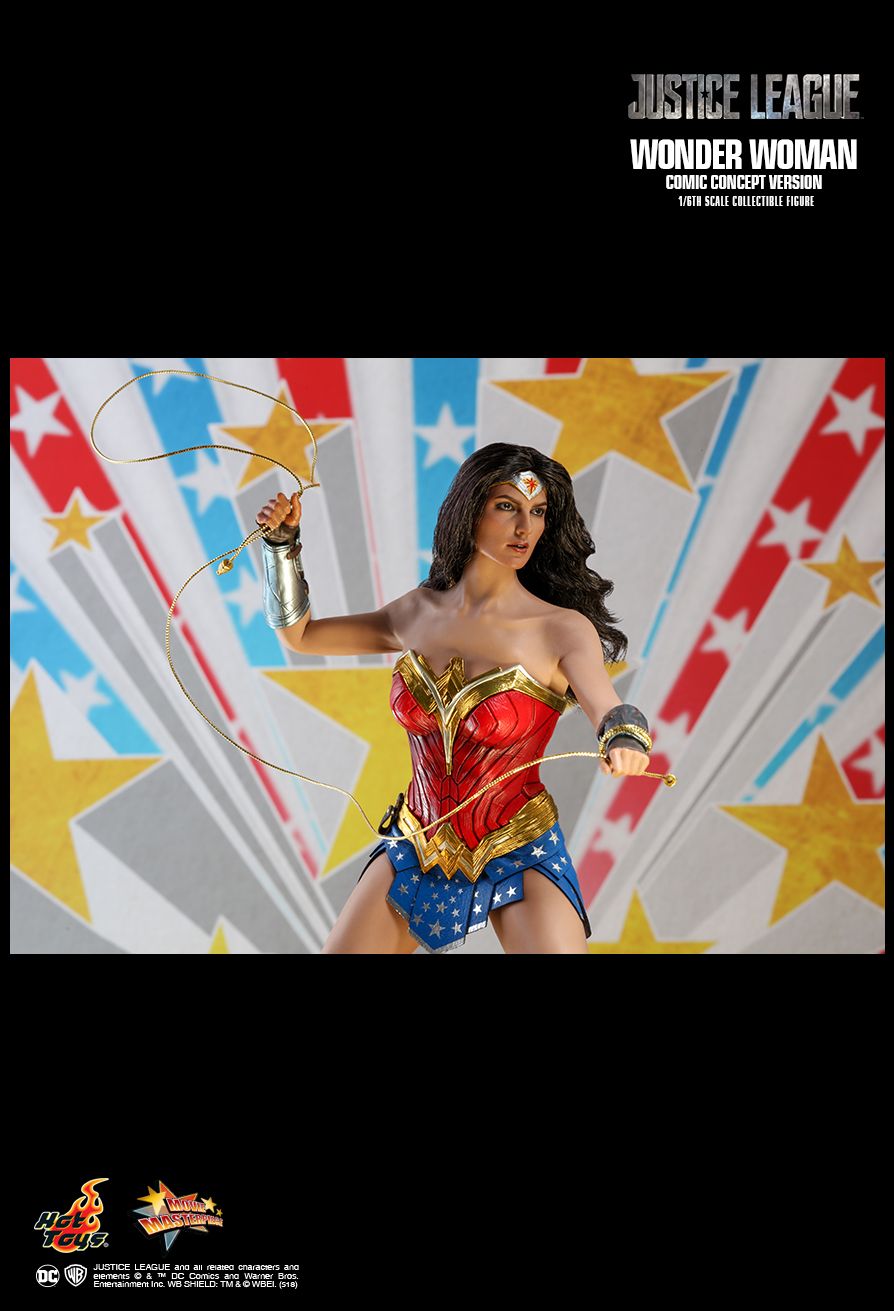 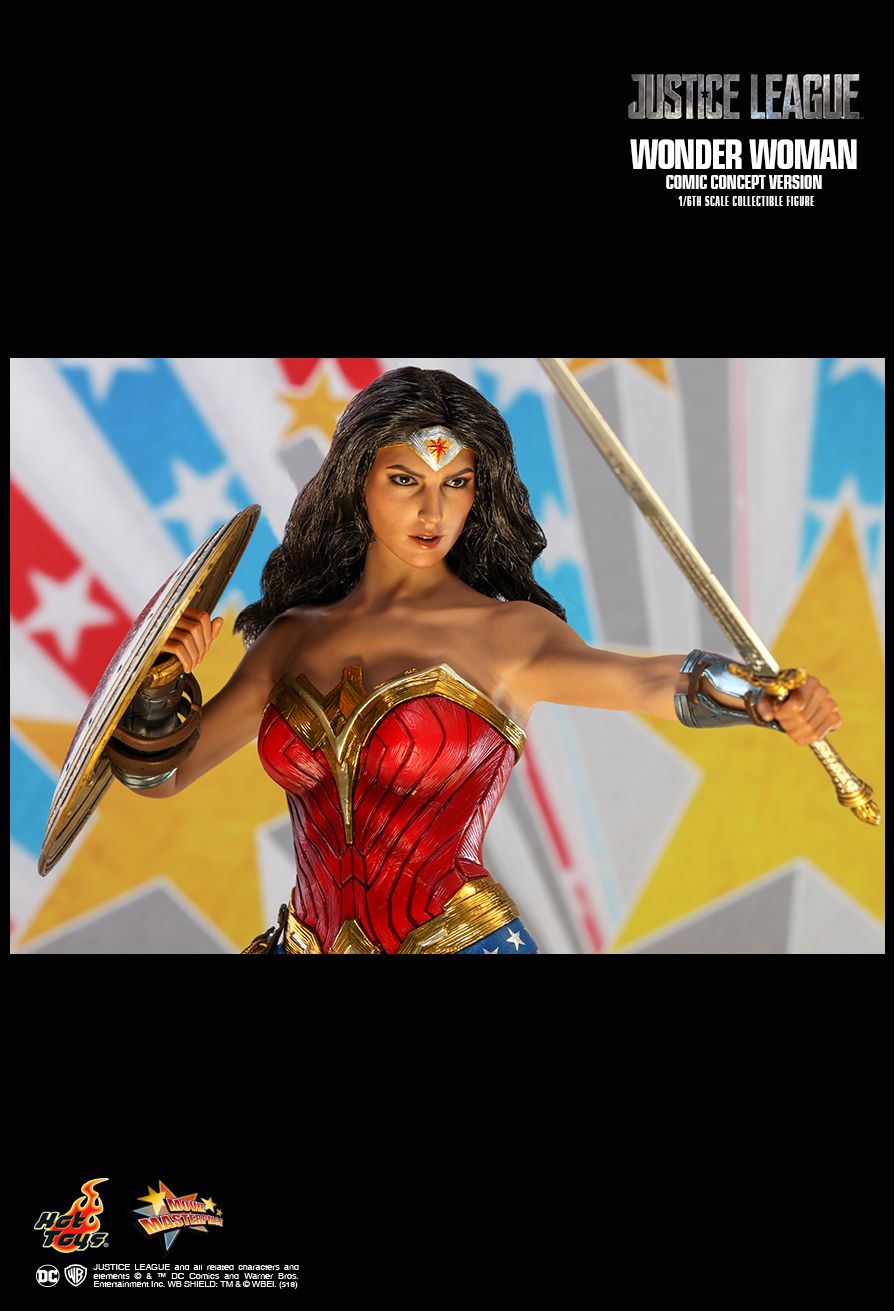 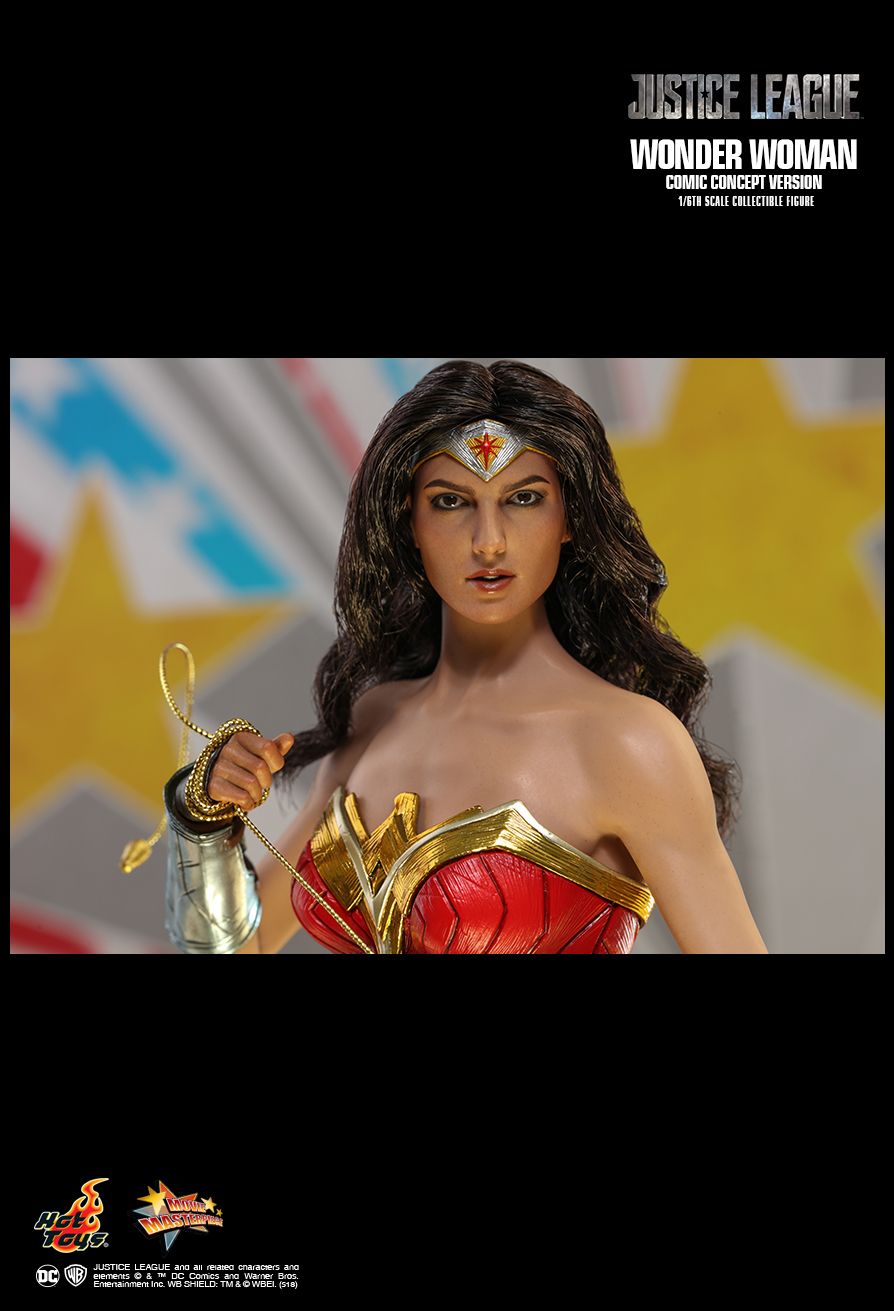 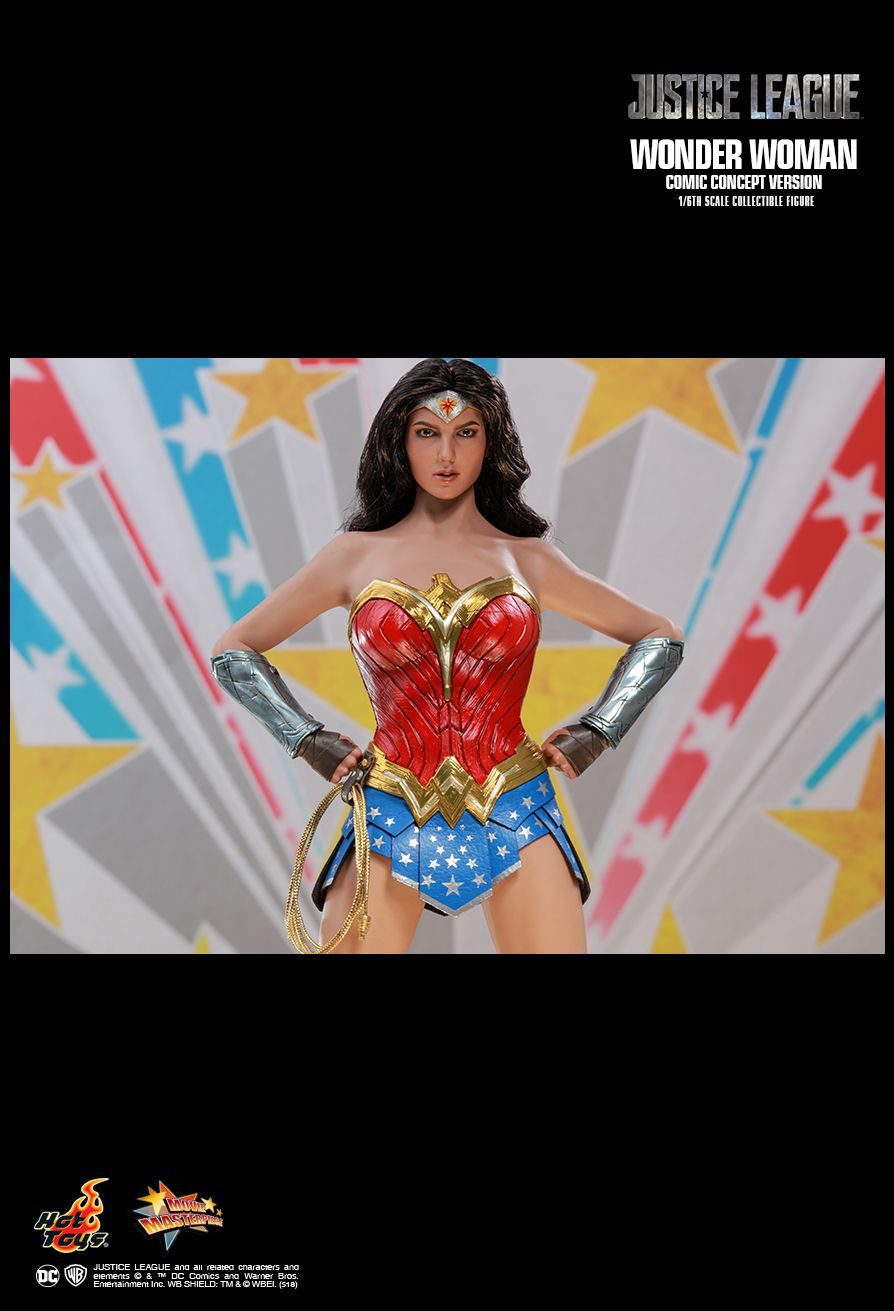 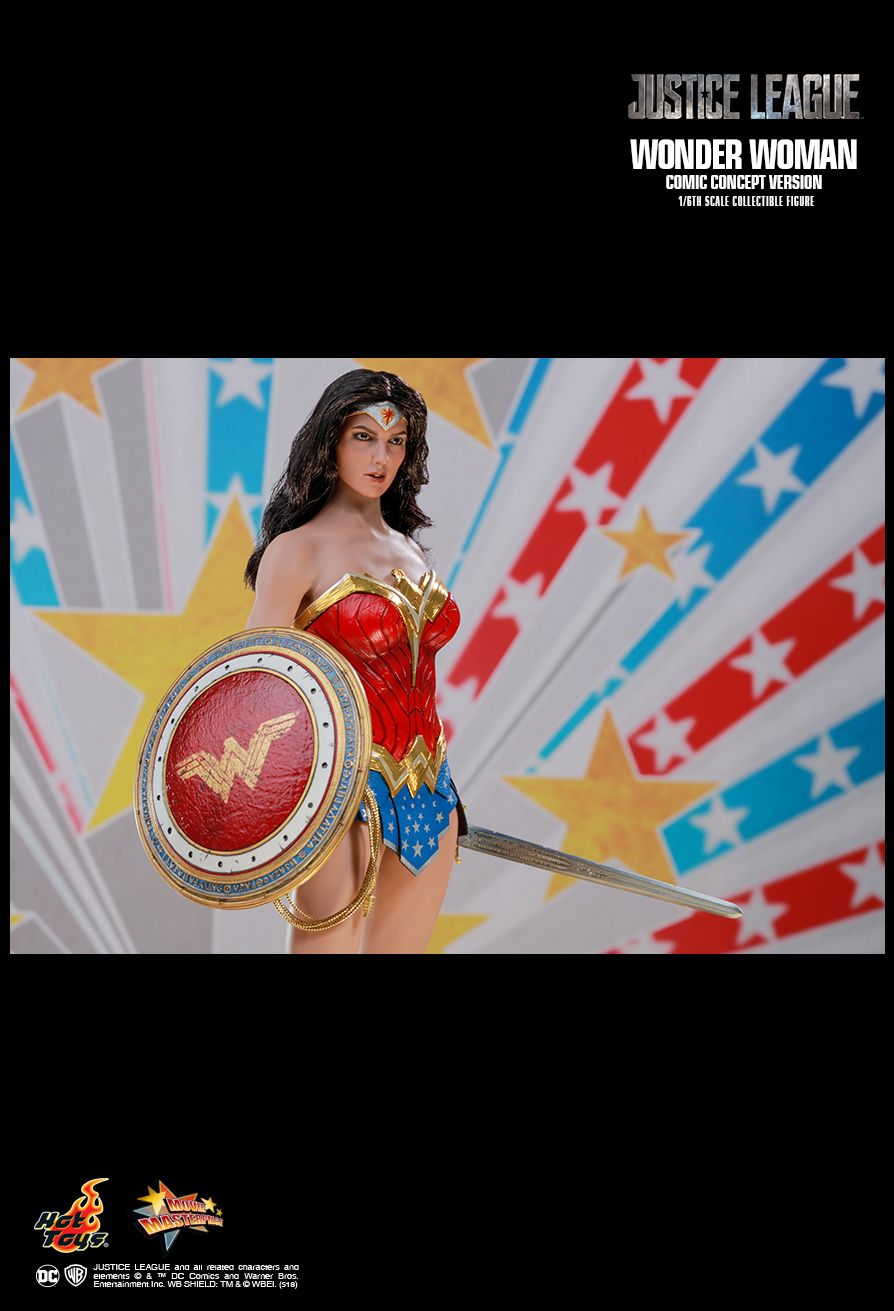 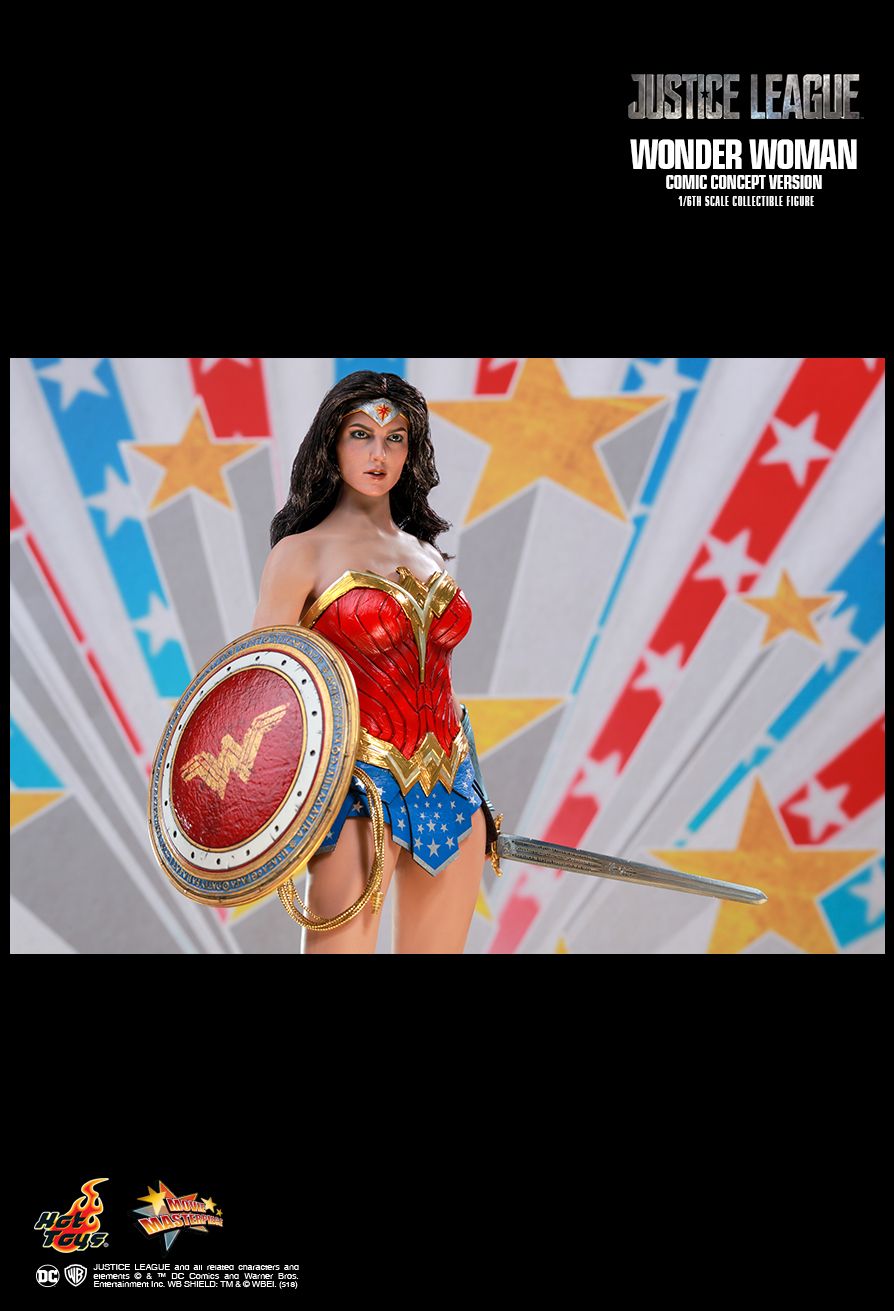 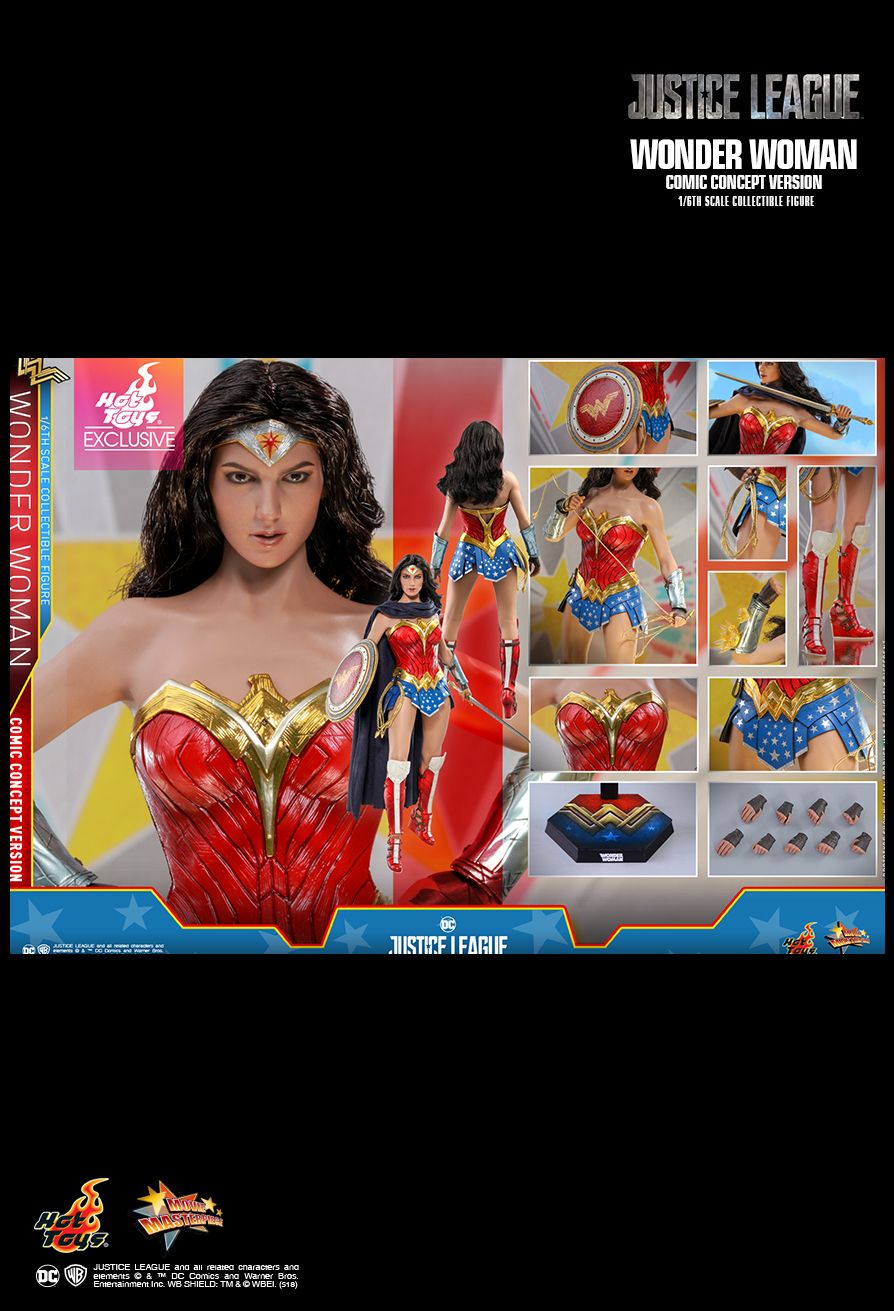