This was long in coming, and although much of it could have been ready for a while now, things kept coming up and keeping me from completing it. I know many people thought the Mudtrooper from Solo the hottest thing since sliced bread, but from the moment I first saw it, I thought there's our chance of getting a high-end AT-ST Driver, which was really an overly-specific task-related description of the regular imperial army troopers (as opposed to stormtroopers, scout troopers, and naval guards). The Mudtrooper would be the same thing, but in partly specialized gear... I have kitbashed these before, using much-customized helmet pieces from Hot Toys and Sideshow snowtroopers, but those required a thorough repainting, and my feeble skills are no match for the excellence of Hot Toys' paint job. Although more weathered (or rather distressed), the Mudtrooper helmets were already the right shape and color. So I couldn't resist another kitbash, even though it involved another indecently expensive purchase on eBay. 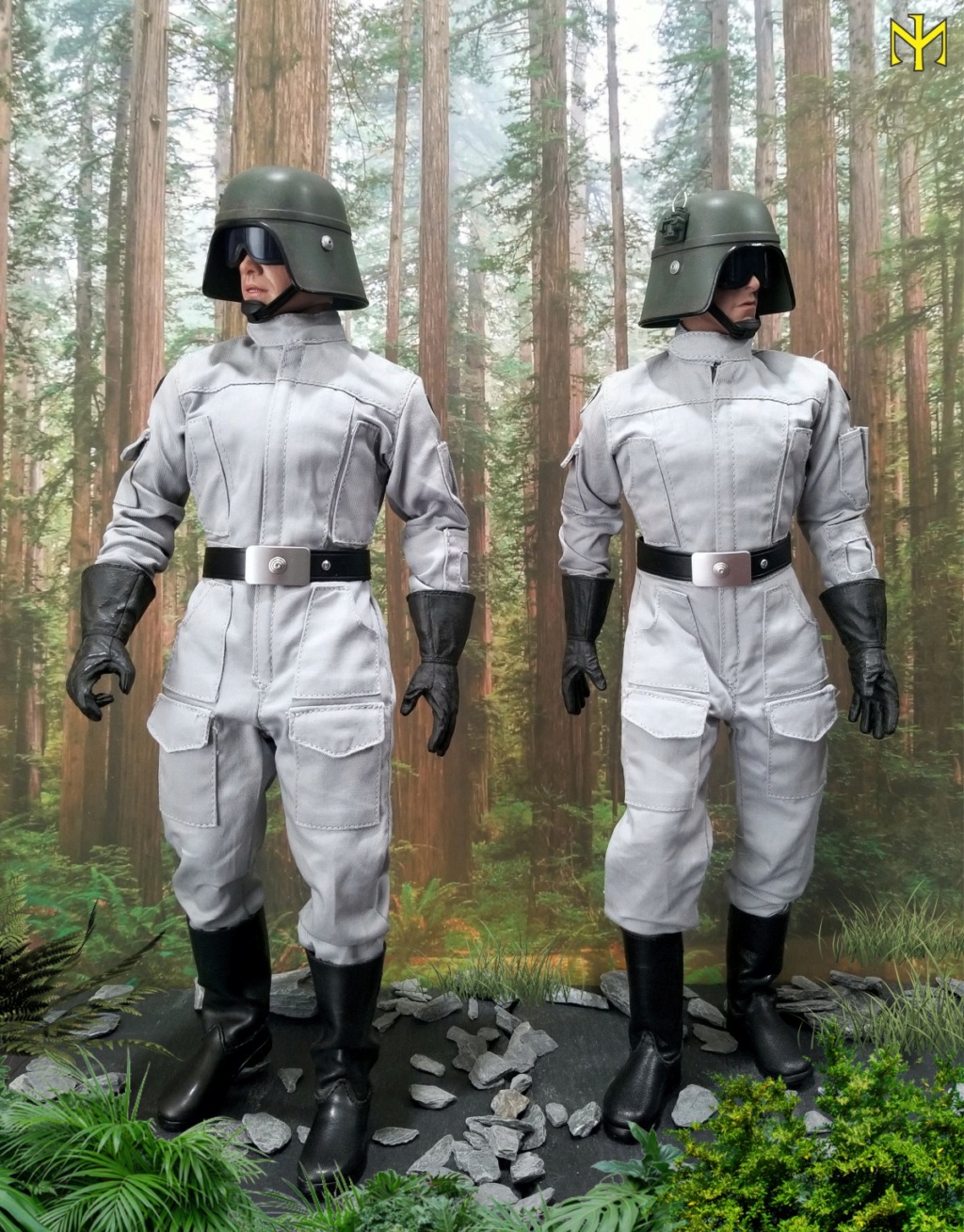 The helmets are modified to fit (getting rid of the magnet and framing specific to the Solo Mudtrooper heads), and to look right (with the addition of a couple of metal greeblies, repainting the disks on both sides, and painting black the molding around the edges); the chin-strap is modified to look right (as on my custom "Death Star Trooper"); the belt is modified too (it is from Krennic); the boots are DID jackboots; the jumpsuit is from Sideshow's AT-AT Driver, with added imperial cog emblems at the shoulders; the gloves are from Sideshow's TIE-Fighter Pilot. 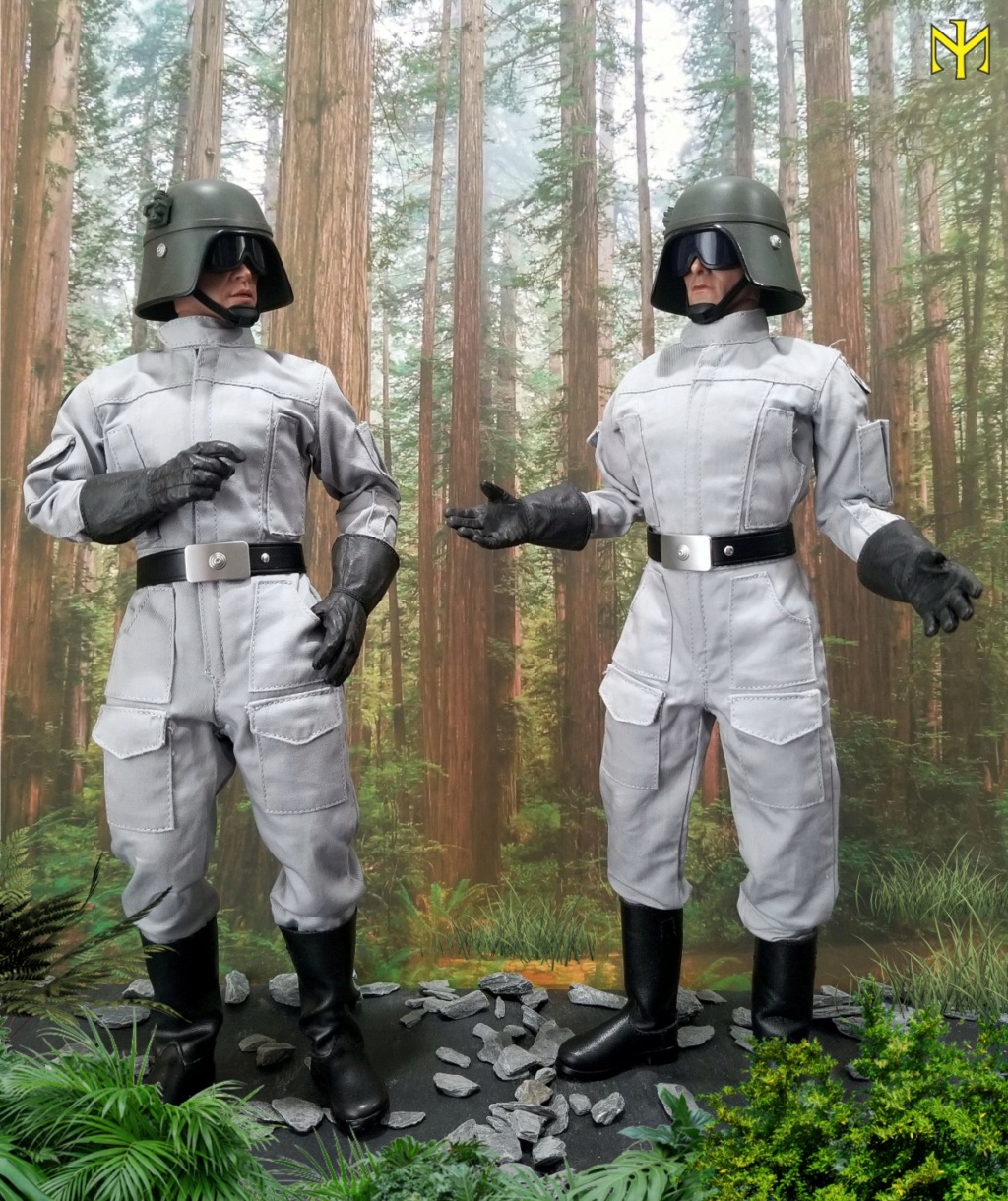 While the helmet is very close in appearance to the Return of the Jedi original, it should be noted that as with other recent reprises of the Star Wars universe, it is not an exact replica. The molding, for example, is actually a new feature, whereas in the original the black coloring (tape?) simply overlay the rest of the helmet's sculpt. The Mudtrooper helmet also lacked two of the original's metal greeblies (the antenna? on the right side of the head and the bar on the back), and its communication? unit (on the right side of the head) is actually a little different in its details than the original. 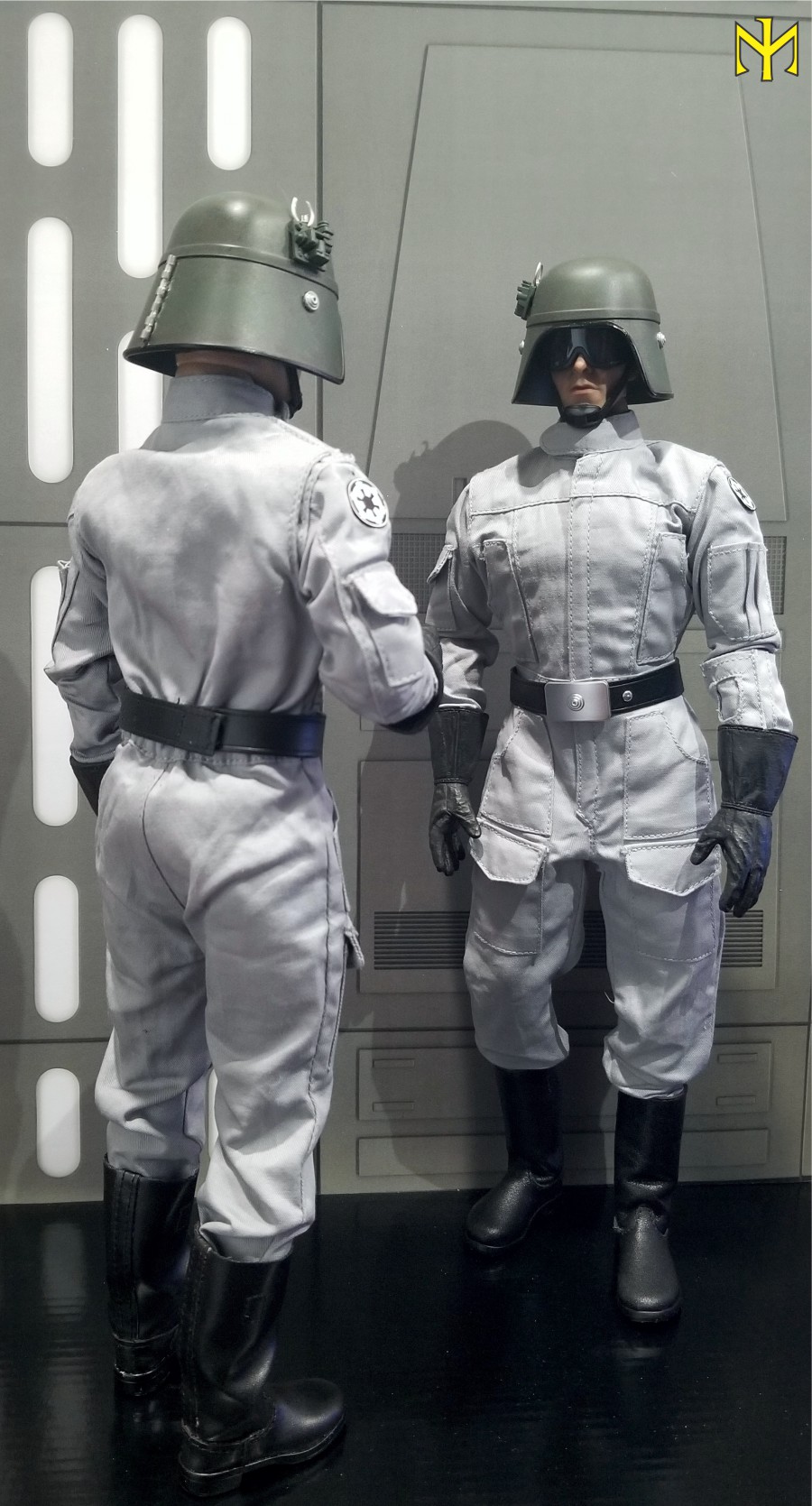 The goggles took me a long time to find, as most were the wrong size or shape. 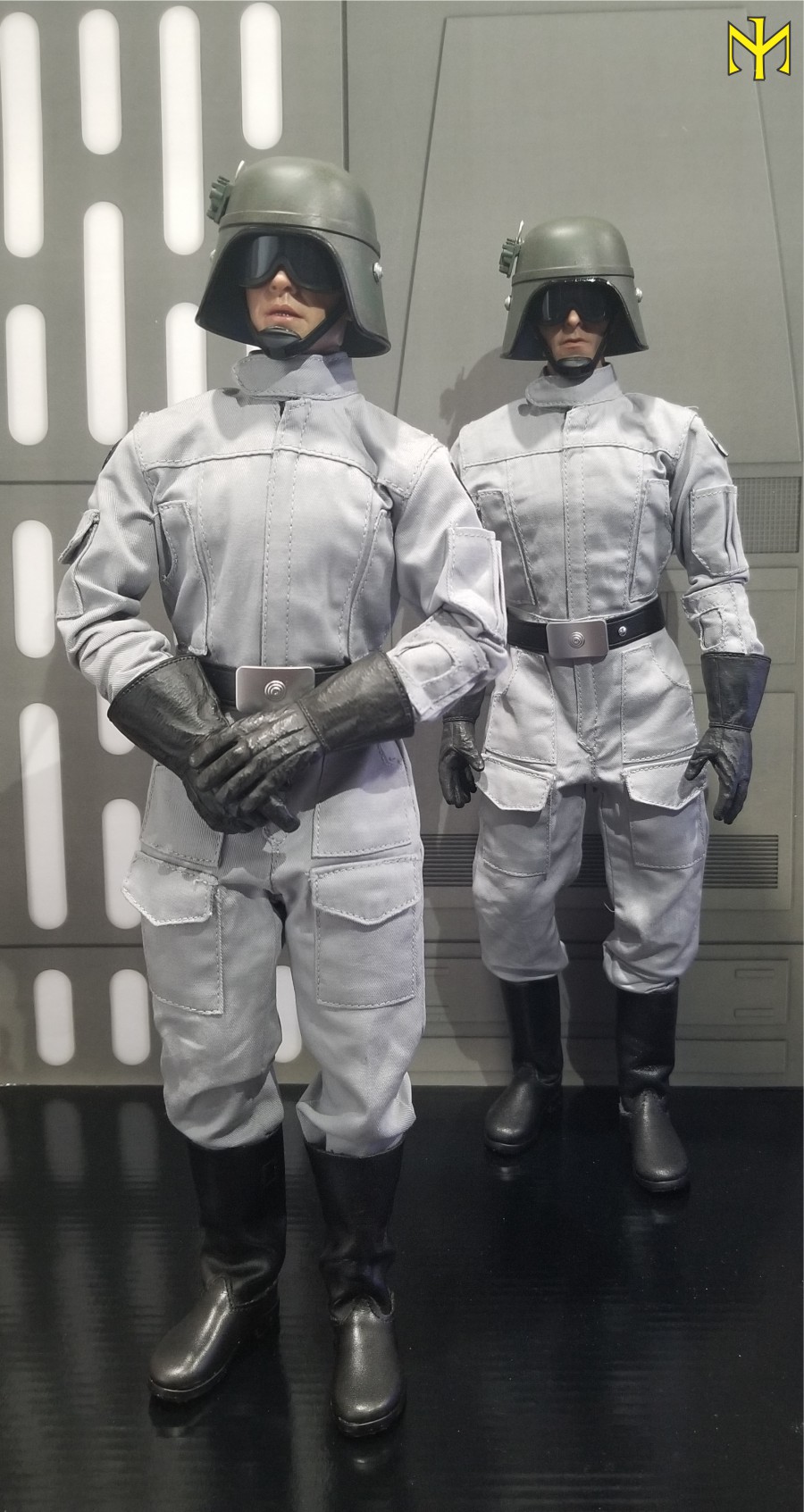 I painted them black with acrylics from the inside, allowing the exterior to remain nice and shiny, and the color to look even. 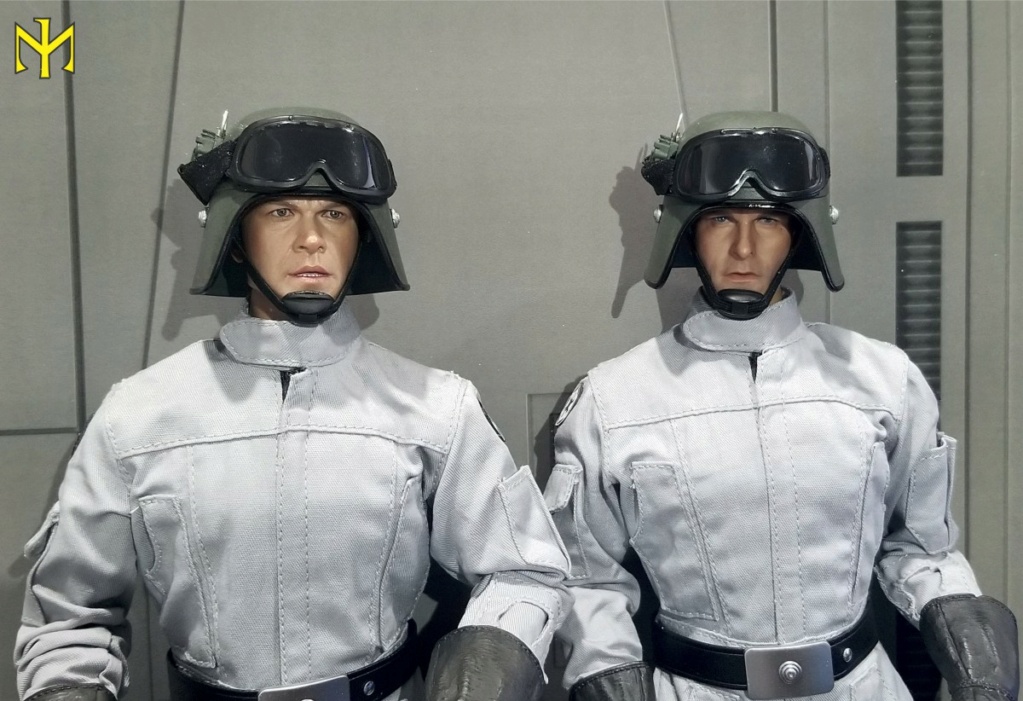 So back to Endor, where troopers Hank and Dean have made a frisky new friend. 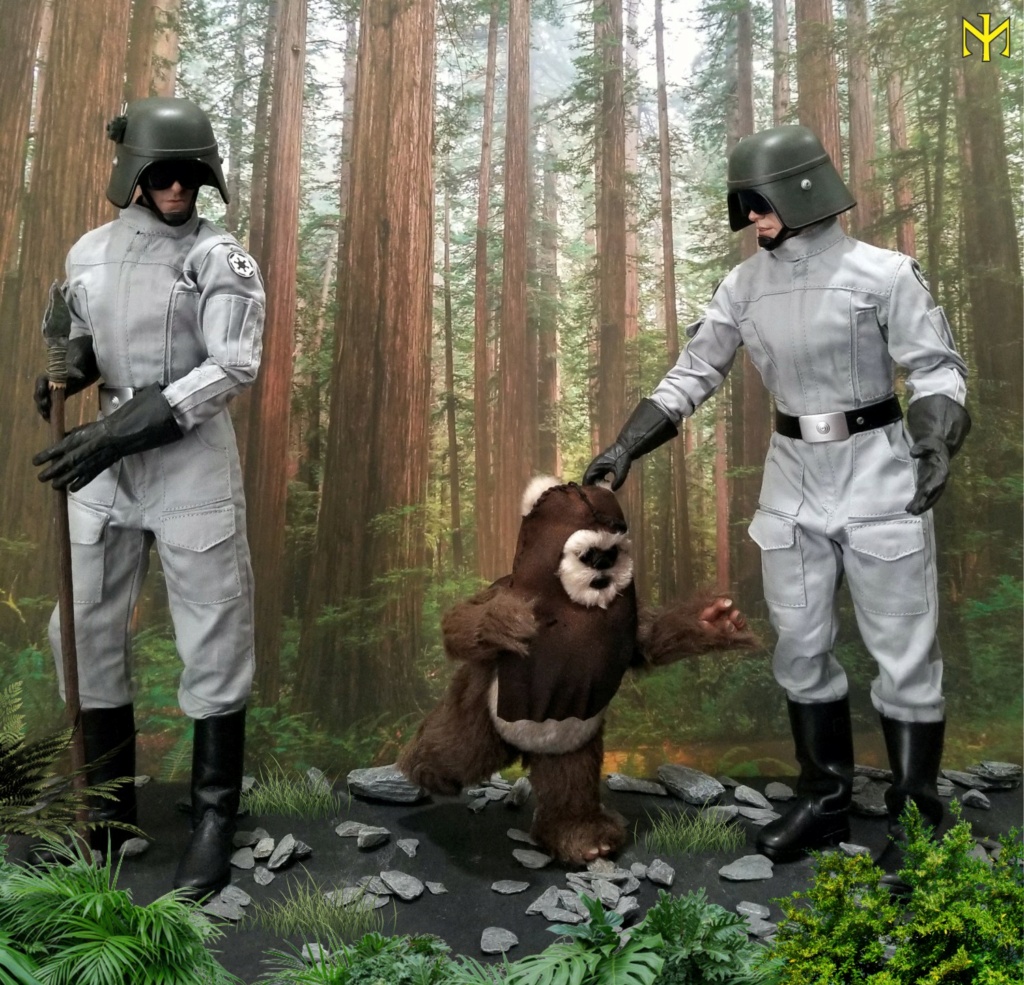 Whom they promptly shared with the rest of the guys. 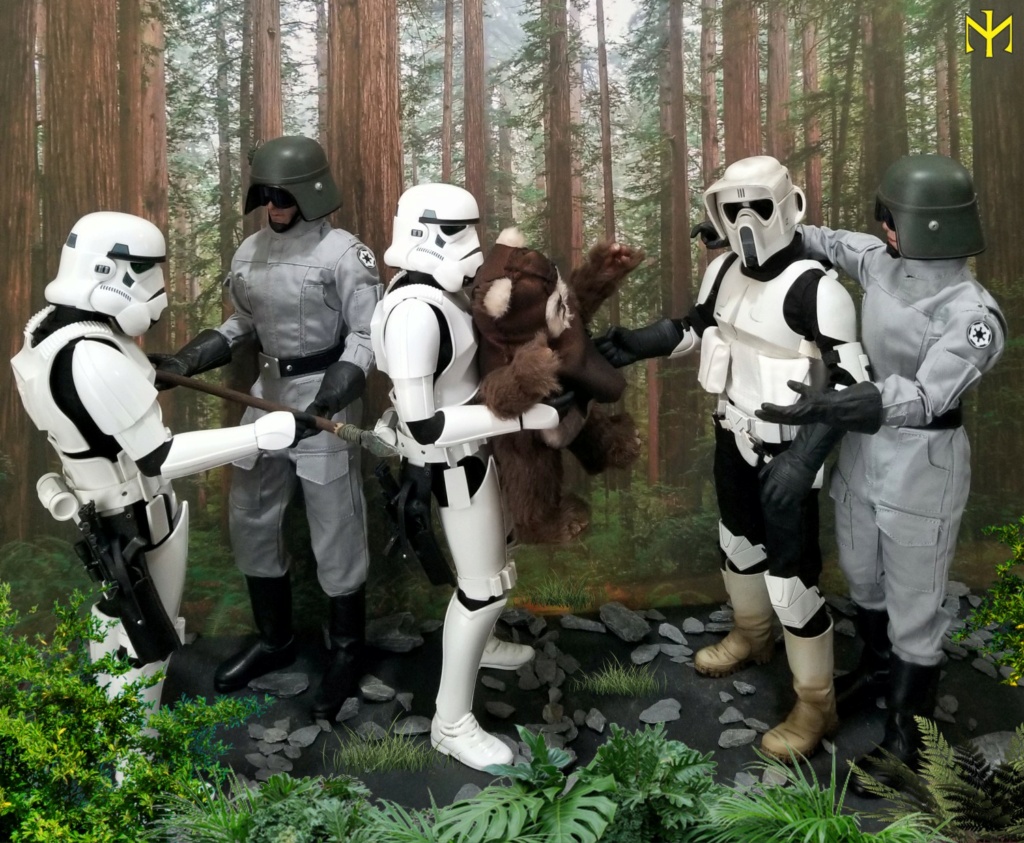 A sudden noise startled them all, allowing the creature to escape the friendly tickling, while everyone started yelling and aiming blindly into the forest. 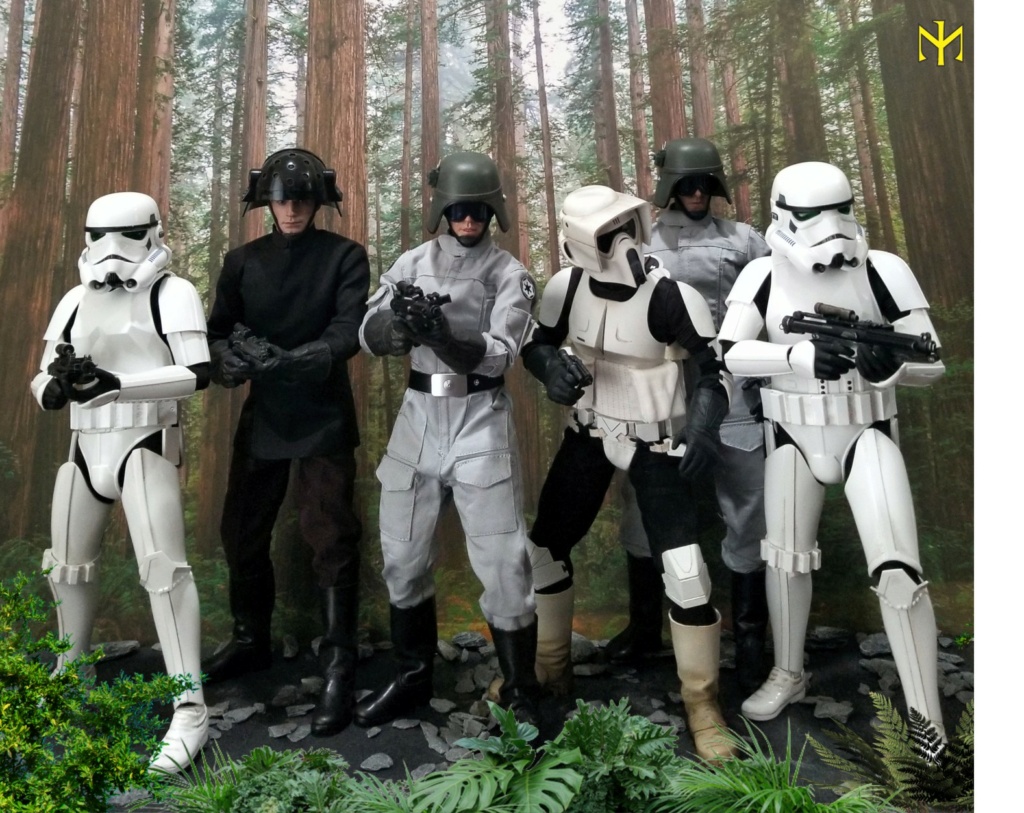 It took them a few moments to realize that the culprit was just naval trooper Kavil, whose unexpected arrival had gone undetected. Rumor has it he has his hands full with a certain very exalted lady up in the Death Star. Ever the gentleman, he would not confirm it. 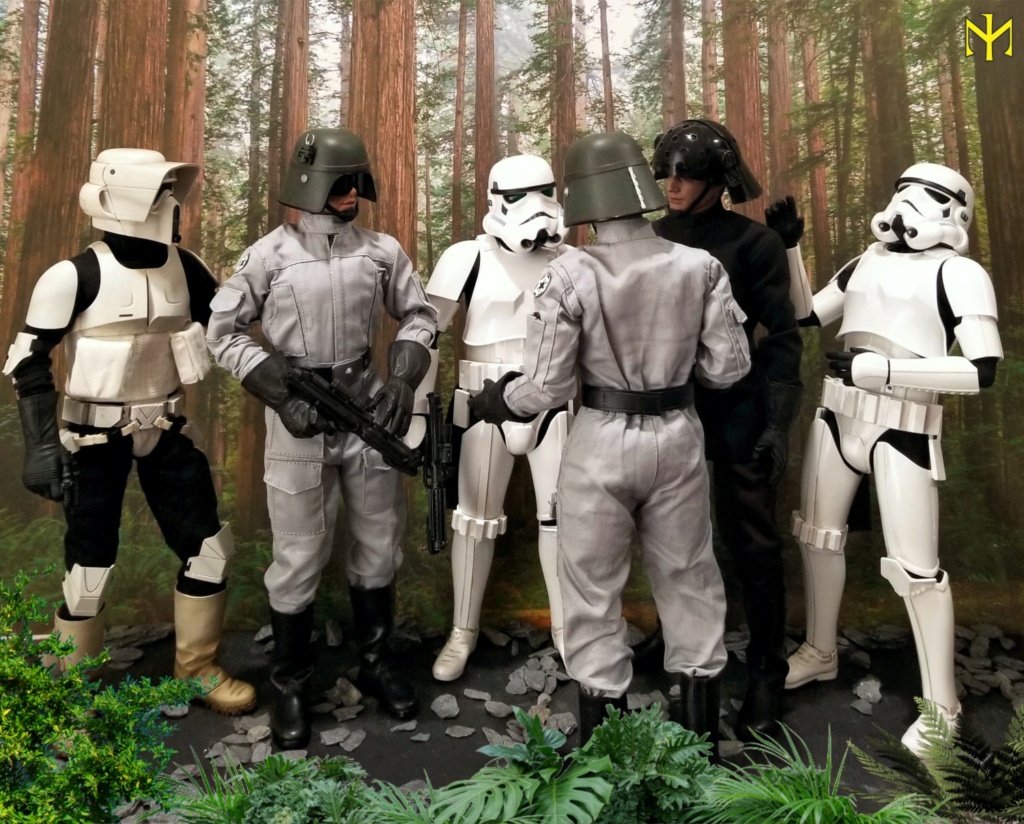 While we're at it, a simple change of headgear (using Sideshow officer caps), gloves, a belt, and the addition of some pocket cylinders and one screen-accurate communication pad, would transform our army troopers into a Death Star "scanning" crew technician (Left, with the black cap) and a Star Destroyer naval crew technician (Right, with the olive cap). 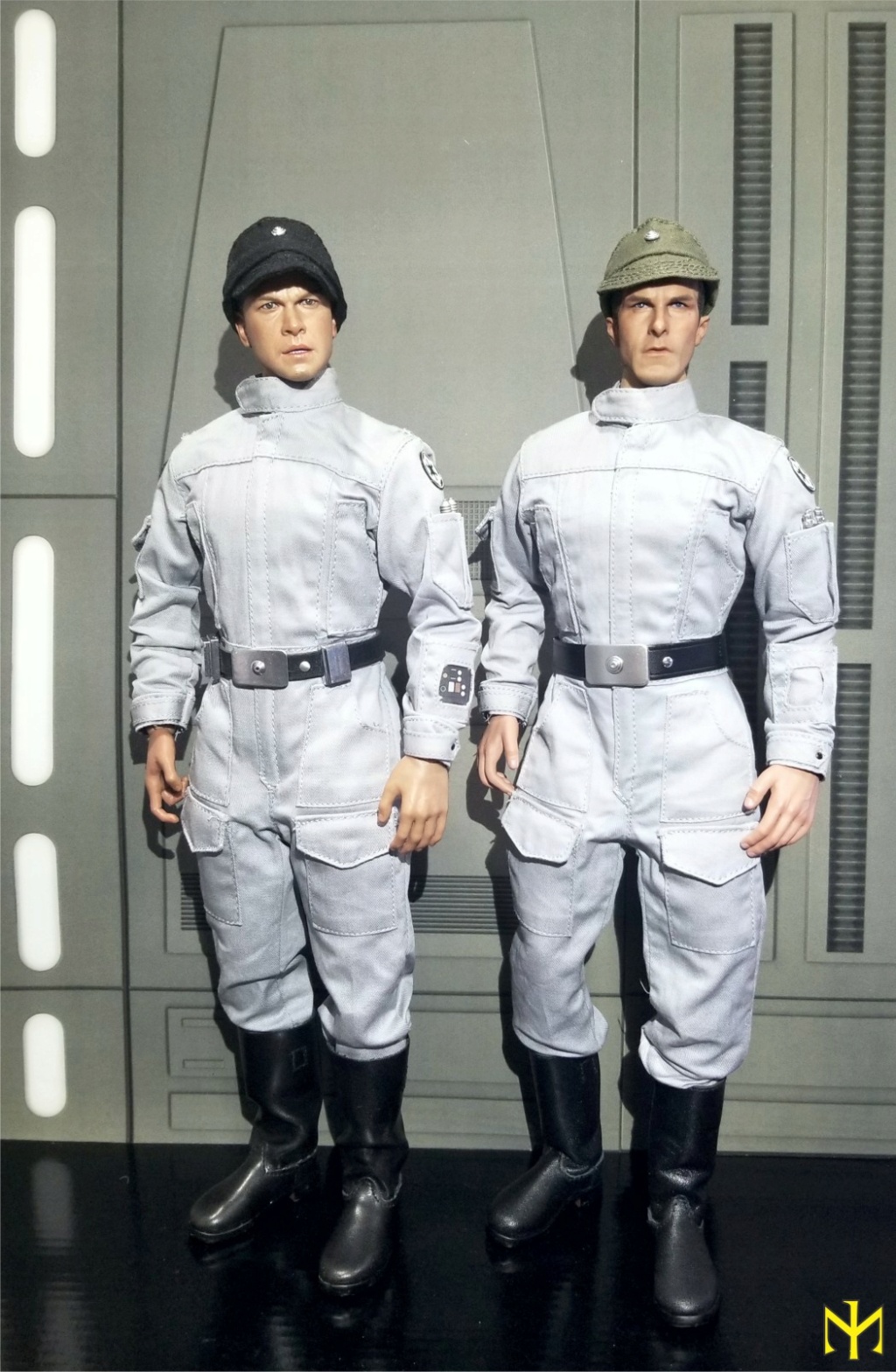 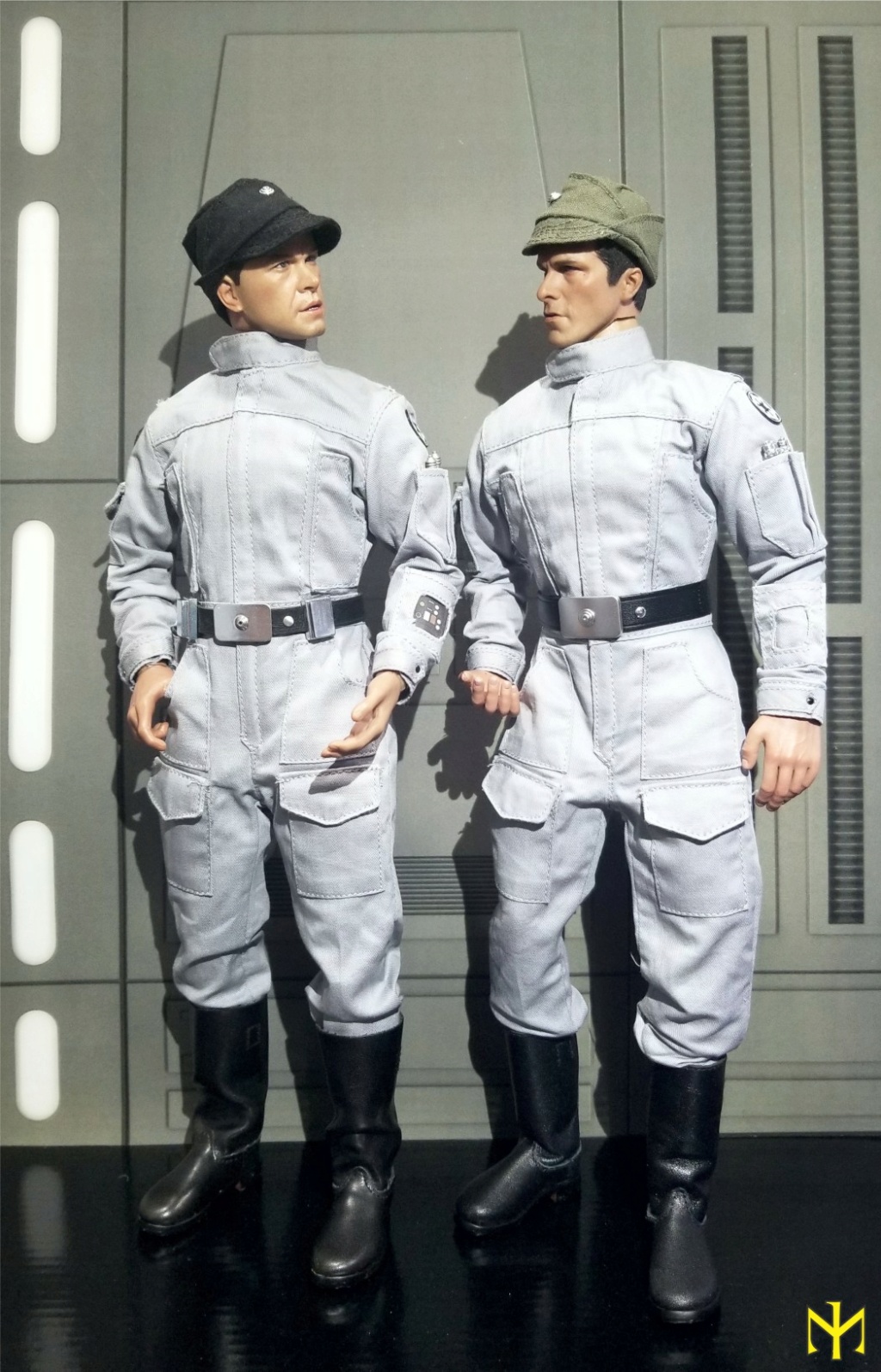