The issue of precise or relative scale has come up from time to time. Although our focus is on sixth-scale figures, even when these reproduce their subject faithfully, they can vary in height, sometimes dramatically. In other cases, companies have been known to make figures a certain size (e.g., 12 inches), without much attention to the proper scale. Not that it would provide any kind of comprehensive answers, but I thought I would compare a number of figures to illustrate this variation -- they were selected for being unusually tall or short, with some others thrown in because they were readily available. 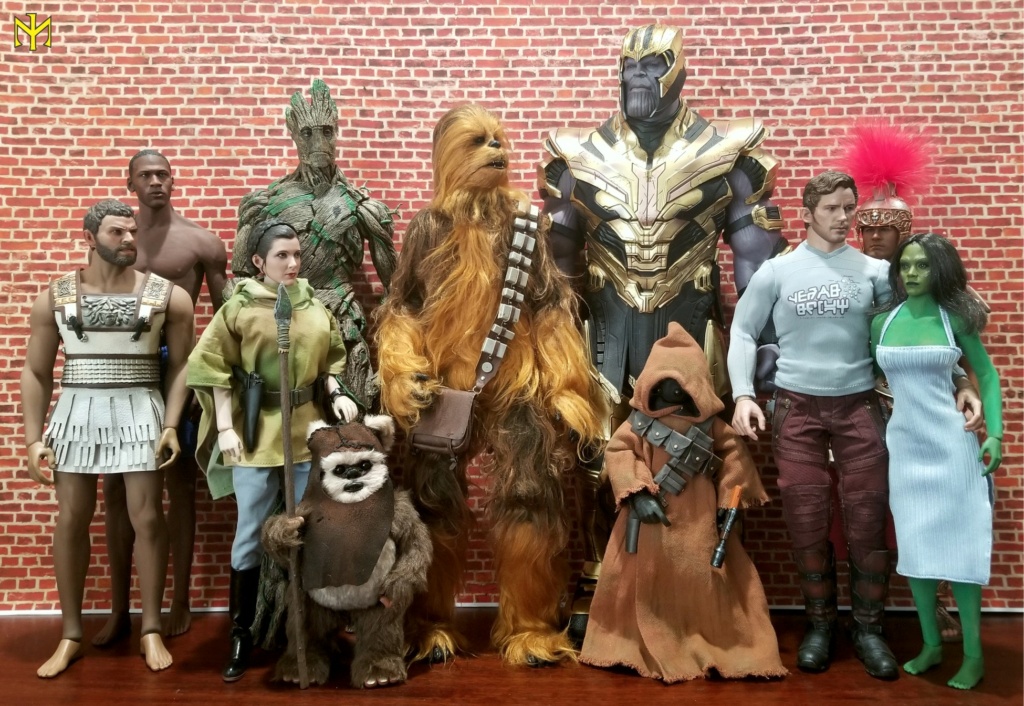 The custom Endor Leia (on TBLeague's S25 body) is about 28 cm (11 in), with boots. Actress Carrie Fisher was actually 5 ft 1 in, which translates to 25.8 cm (10.16 in) in sixth scale (but without boots). The custom body matches the HT female body from the original set in height.

Hope this has been of some interest.