The TBLeague Anubis set advertised last fall was released recently. For all the problems I had with it from a historical/cultural and artistic point of view (and these matter to me), it was still very impressive and I couldn't resist picking up several of the parted out parts. And when I say several, I suppose I really should have just bought the set...

The product -- from what I have to judge -- looks very much like the prototype photos used by the company. It has all the advantages (seamless body, glorious details) and disadvantages (overly fantastical, even when there is plenty of reality to emulate) of being made by TBLeague. The head seems slightly undersized, especially on this neck, although it is very nicely sculpted, in a manner that is at once reminiscent of Egyptian art and more realistic. He suffers from a surfeit of piercings (something markedly un-Egyptian) and the style of his accessories and clothing is streamlined enough to look more at home with Stargate than in ancient Egypt. The body is far too muscular (for an alternative, more "realistic" look see the photo in Post 9 below), and in general the look has more to do with macabre Hollywood notions of Egyptian beliefs about the afterlife (where Anubis could be seen as a tyrannical villain -- there was a sci fi C movie about this not long ago... Pyramid?) than with actual Egyptian mythology. But so far, this is all about design choices; the result is arguably more striking and "cool" than something more accurate might have been, but I wonder whether that is/should be the point -- this ends up being loosely inspired by Egypt but not Egyptian. The only real complaint about quality is the extreme looseness of the foot ball joints inside the feet. With the bulky body, poor Anubis can barely keep standing; and I suspect it is not because he's been sampling liberally from the sacrificial wine offerings...

So here are a couple of in hand photos of the part of the set I got (didn't bother with the most fantasy elements), as part of a simple vignette inspired by some of the symbolic depictions of pharaonic investiture. Ramses (reconstituted from another, less fantastical set) and Amun-Ra-King-of-the-Gods (resin? statue) co-star. 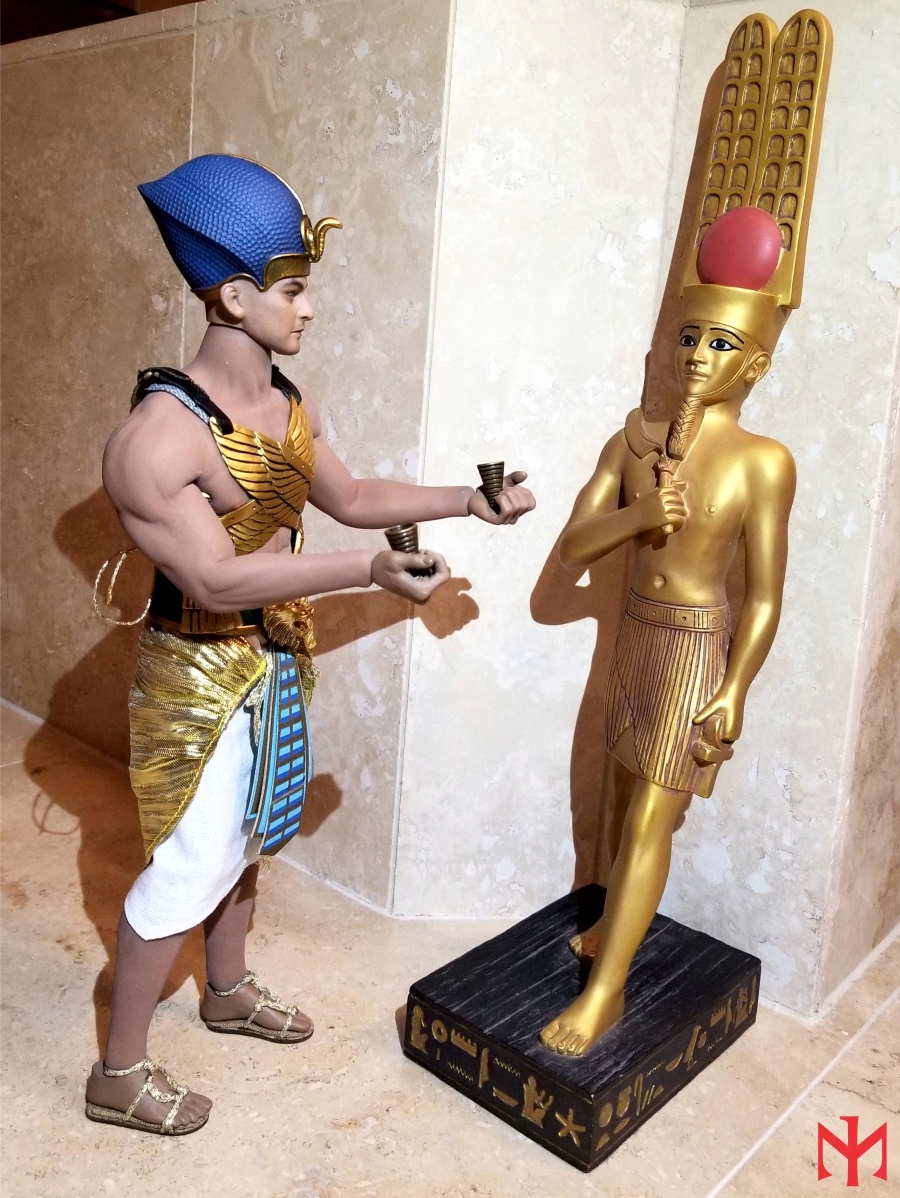 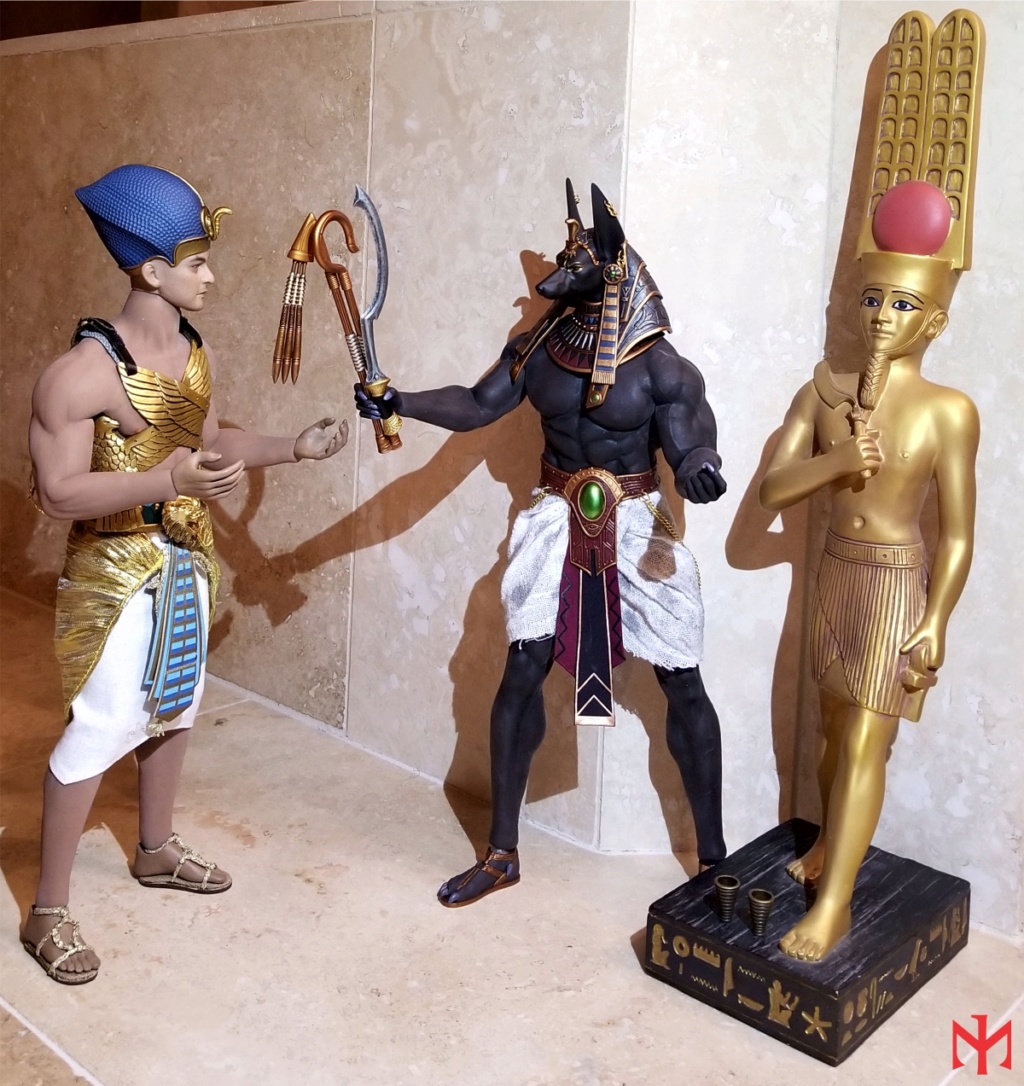 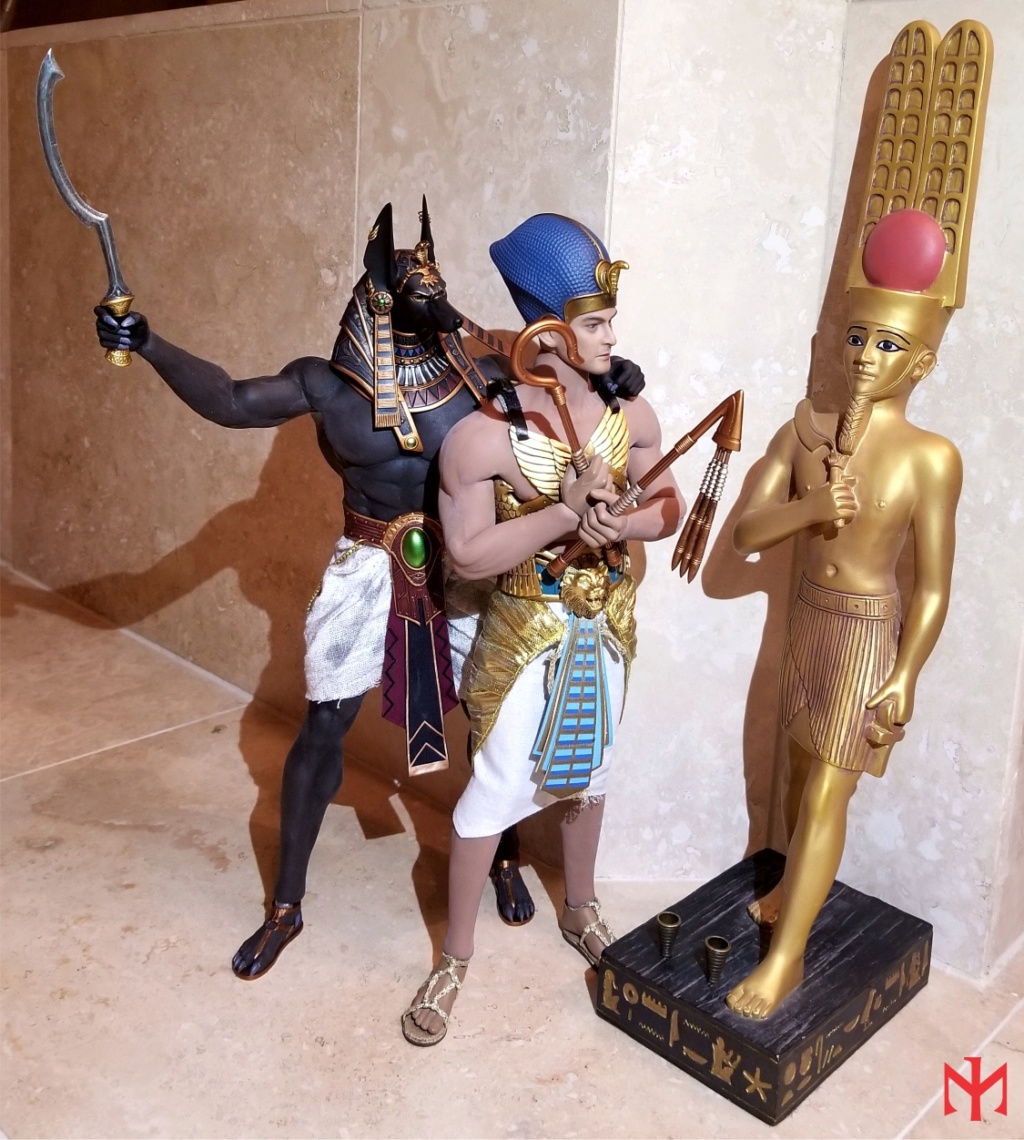 Hi Friends, looks like i´m to stupid to understand the Pichen / TBL model and colour code. Can we do a List in this Thread here ?