Masterfully crafted based on the image of Robert Downey Jr. as Tony Stark in Iron Man, the figure includes a head sculpt with incredible likeness, LED light-up functions on arc reactor on chest, repulsor palms, and legs, metallic painted gauntlet and leg armor which displays complicated mechanical design, mechanical wires stretch around the upper body just like the film depiction, and a finely crafted causal outfit. Along with the figure, a diamond shaped dynamic figure stand and a matching backdrop to recreate Tony Stark workshop setting where he put the prototype armors in a flight test.

The deluxe version will comes with an articulated mechanical robot Dum-E with 360o rotating base and fire extinguisher as accident detector for passionate fans to complete their unique diorama display!
What’s more, a Special Edition available in selected markets exclusively includes a Mark II mask and an Arc Reactor with LED light up function in a display case as bonus items. 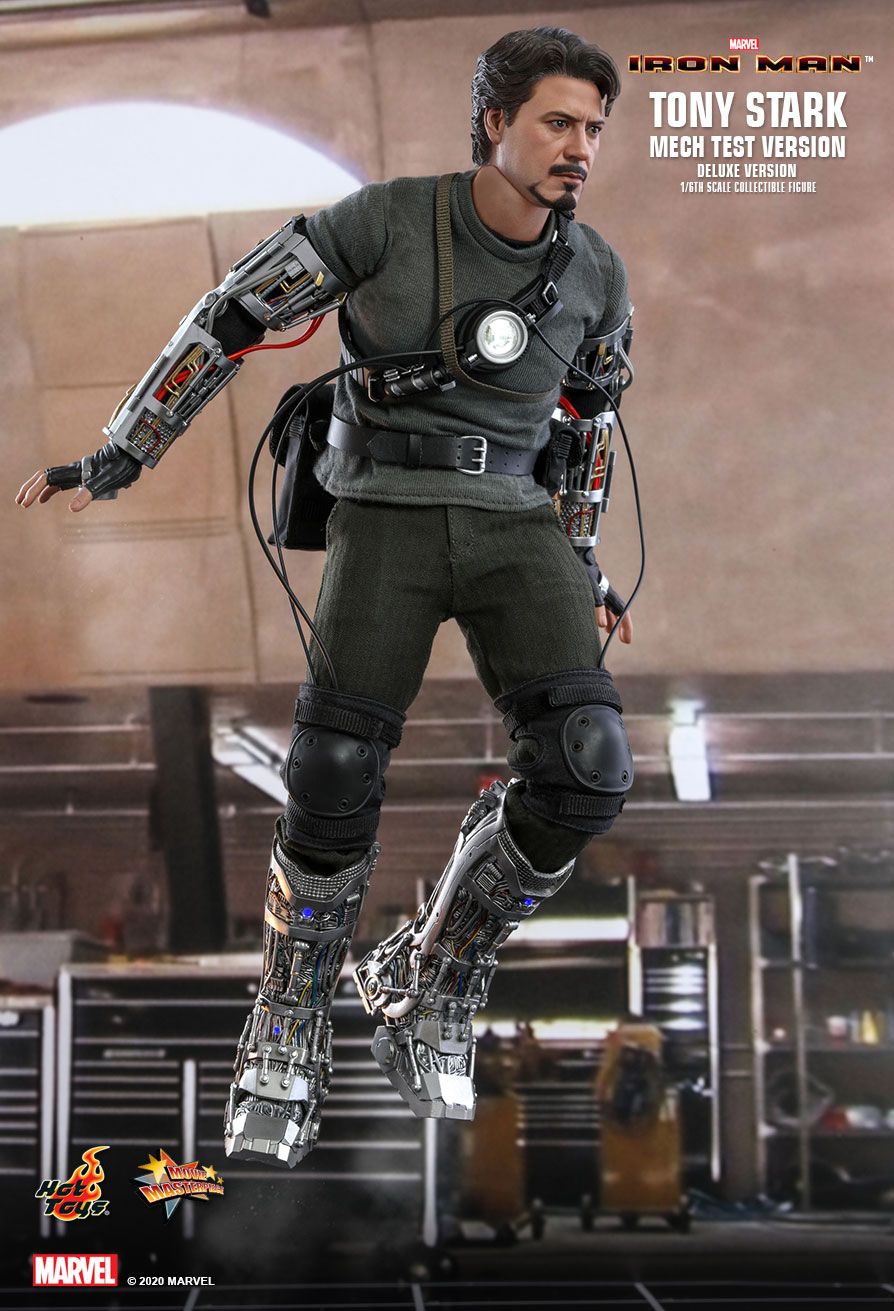 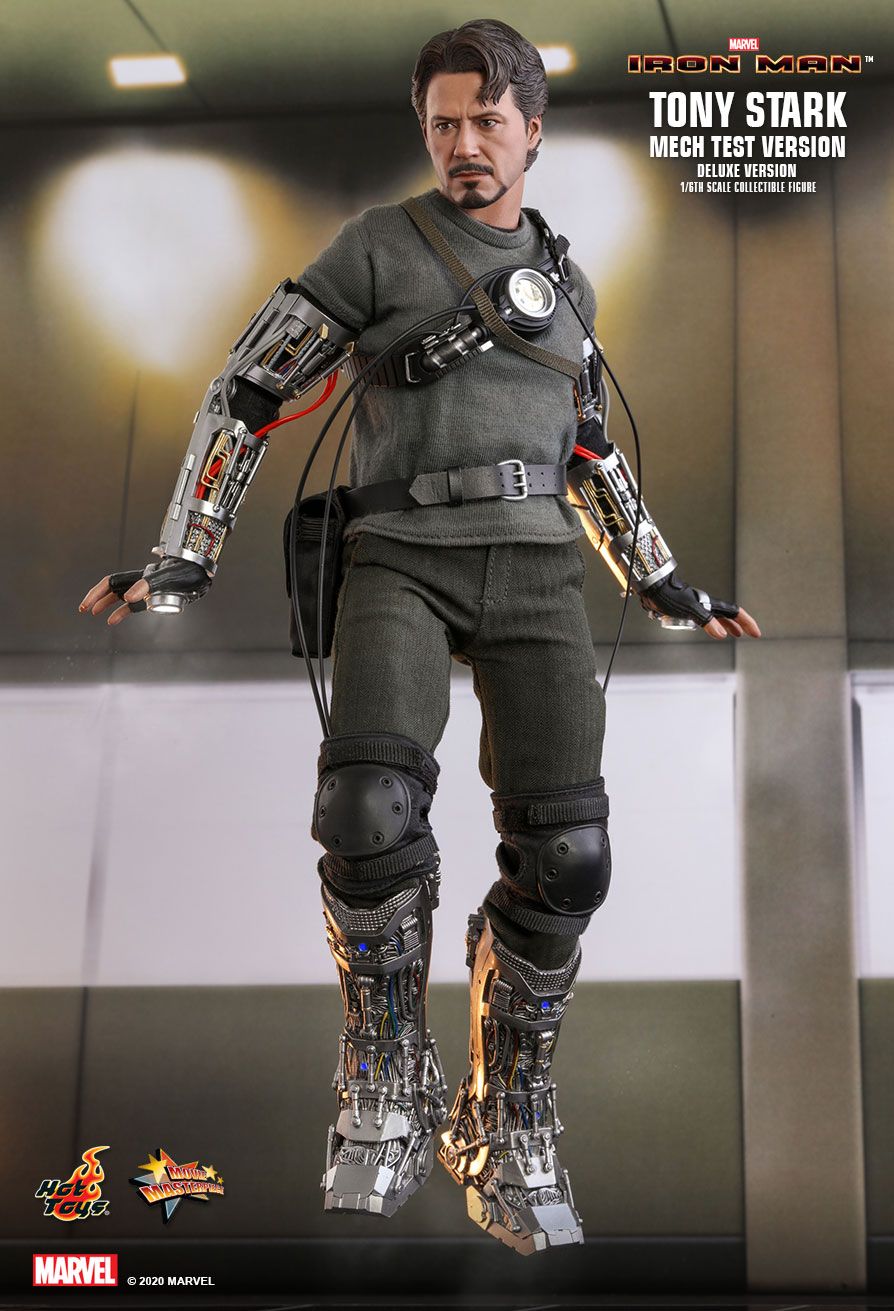 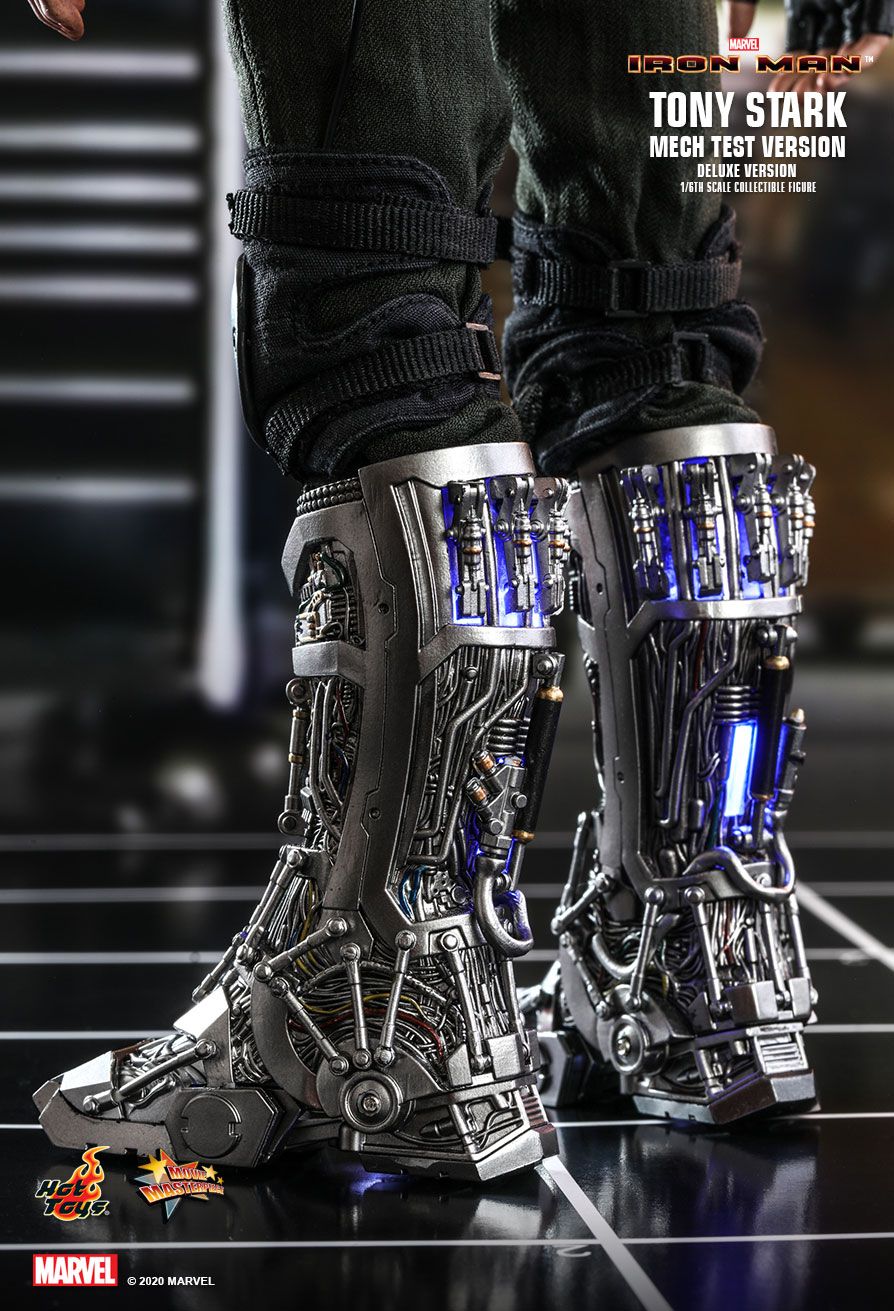 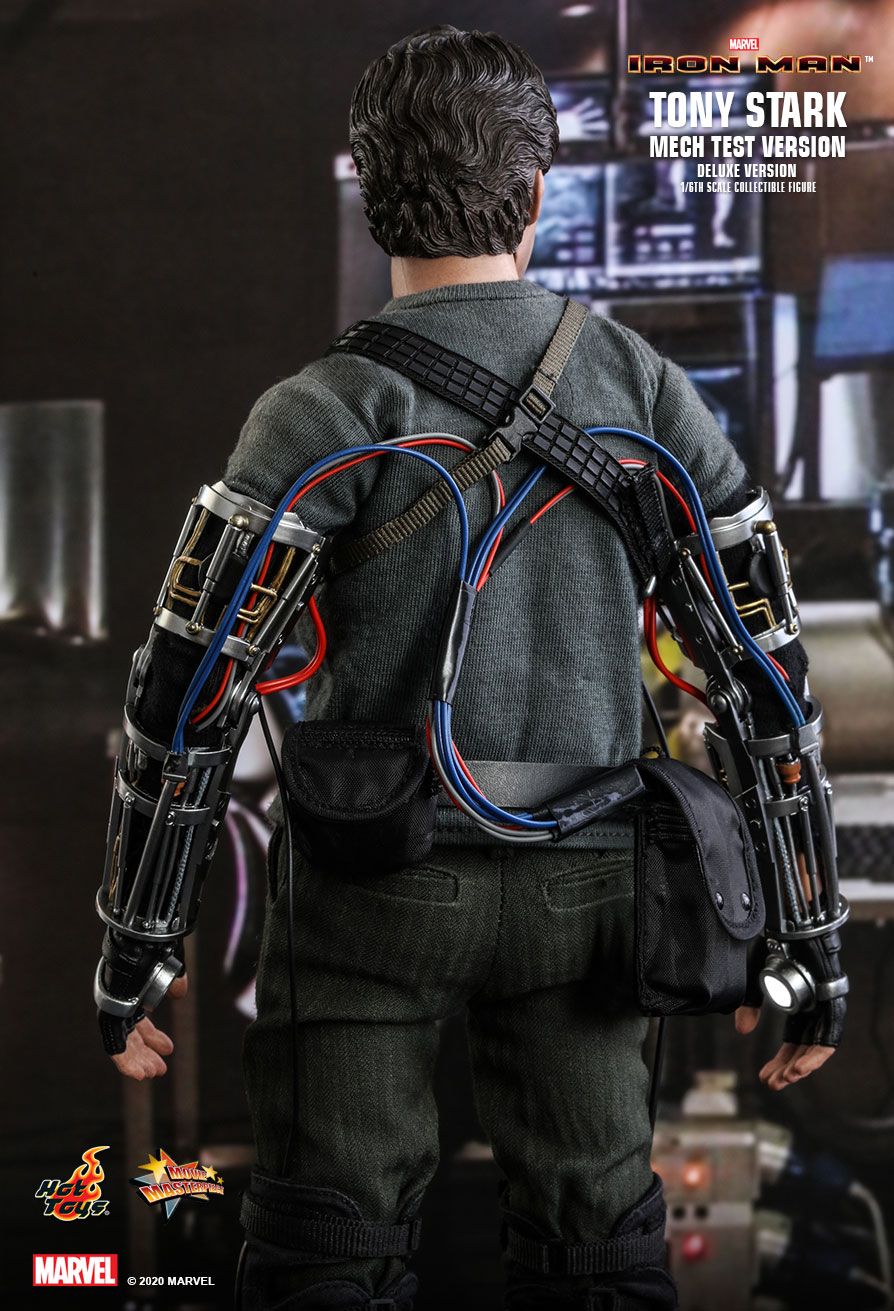 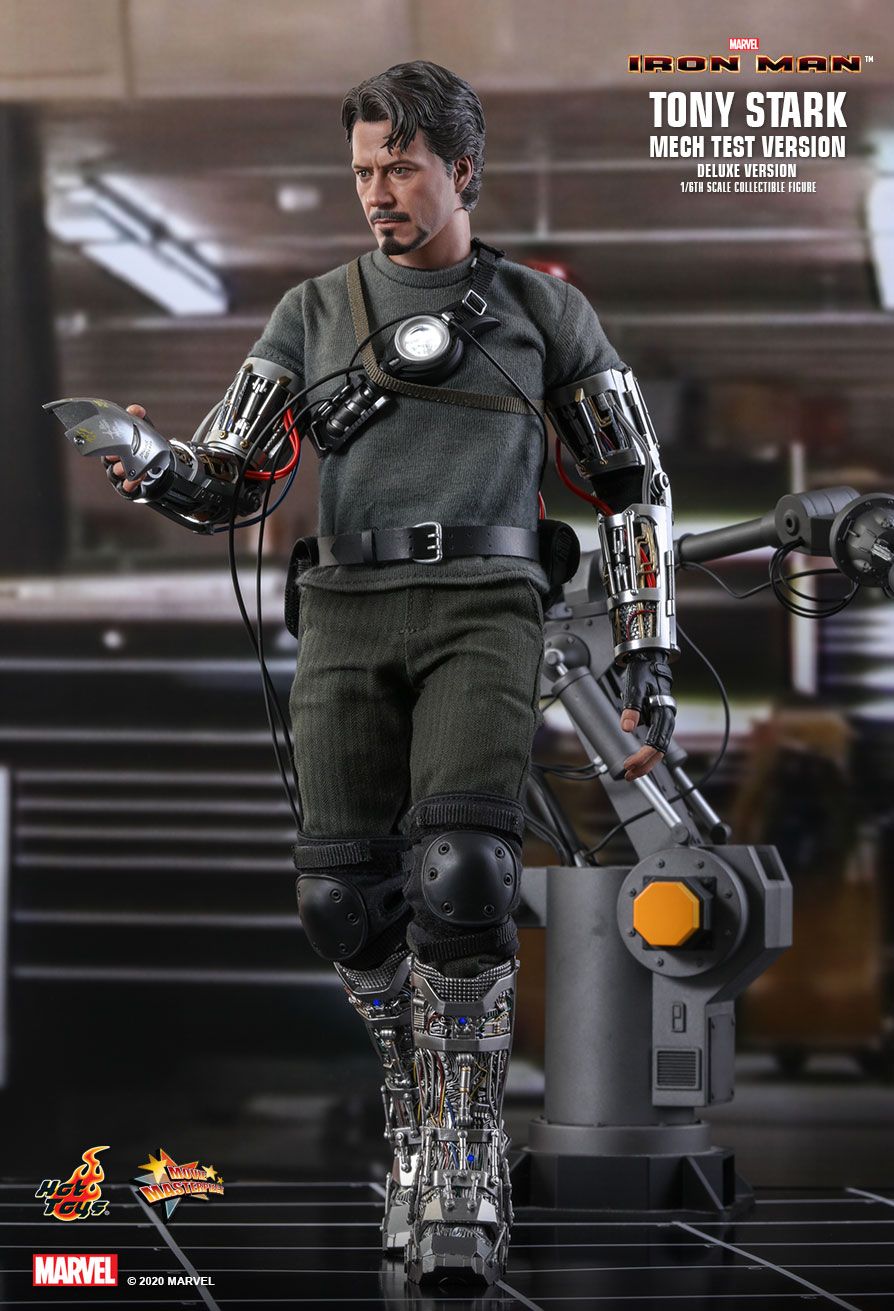 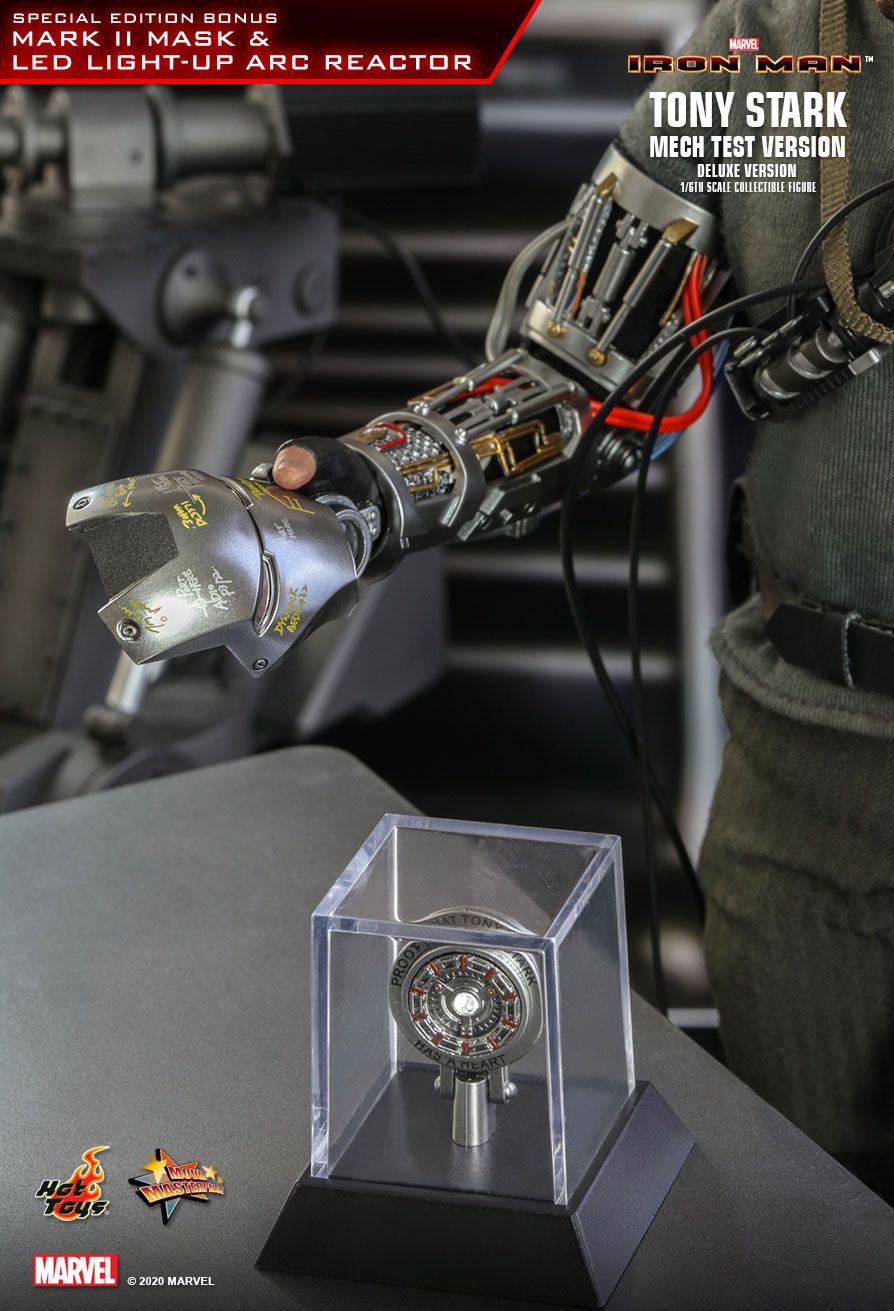 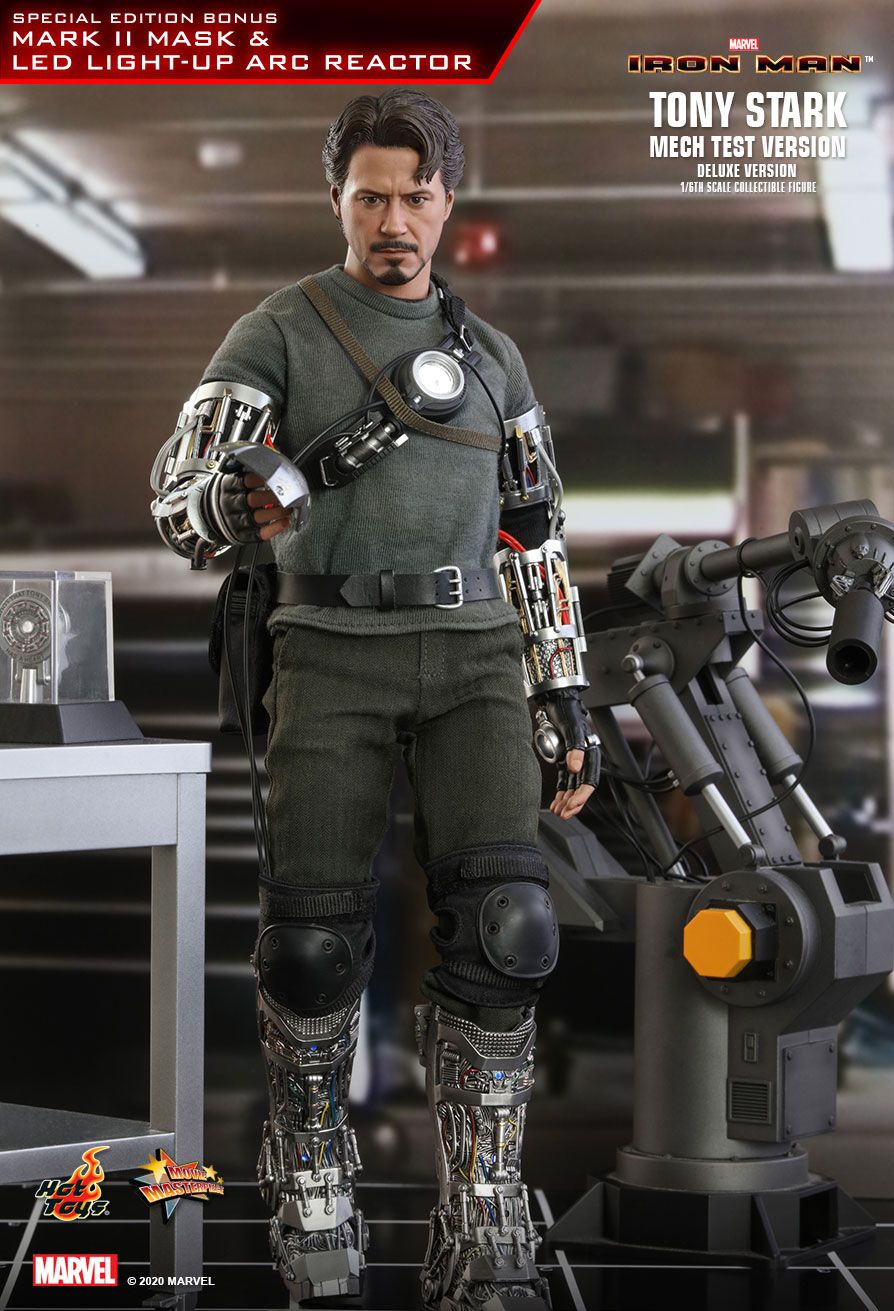 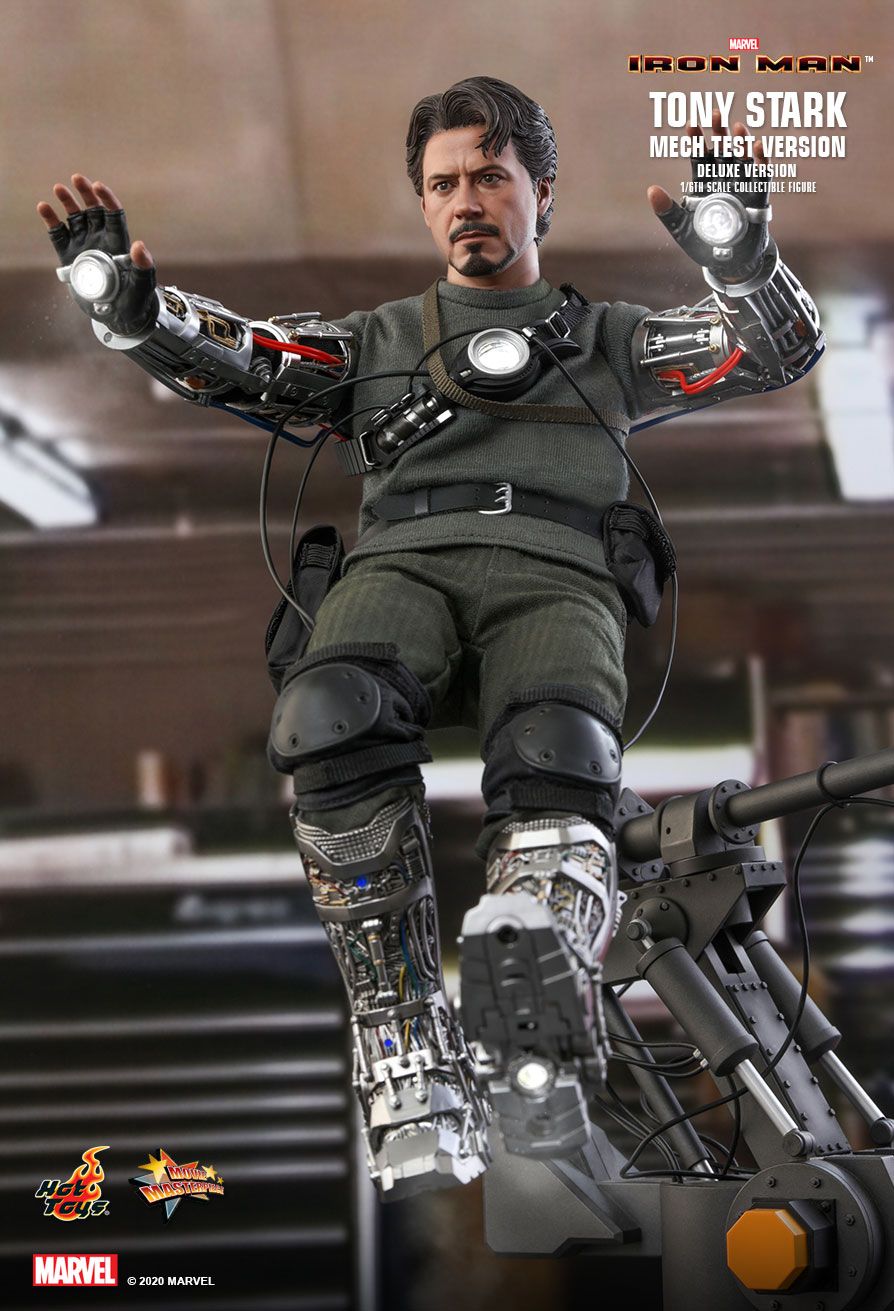 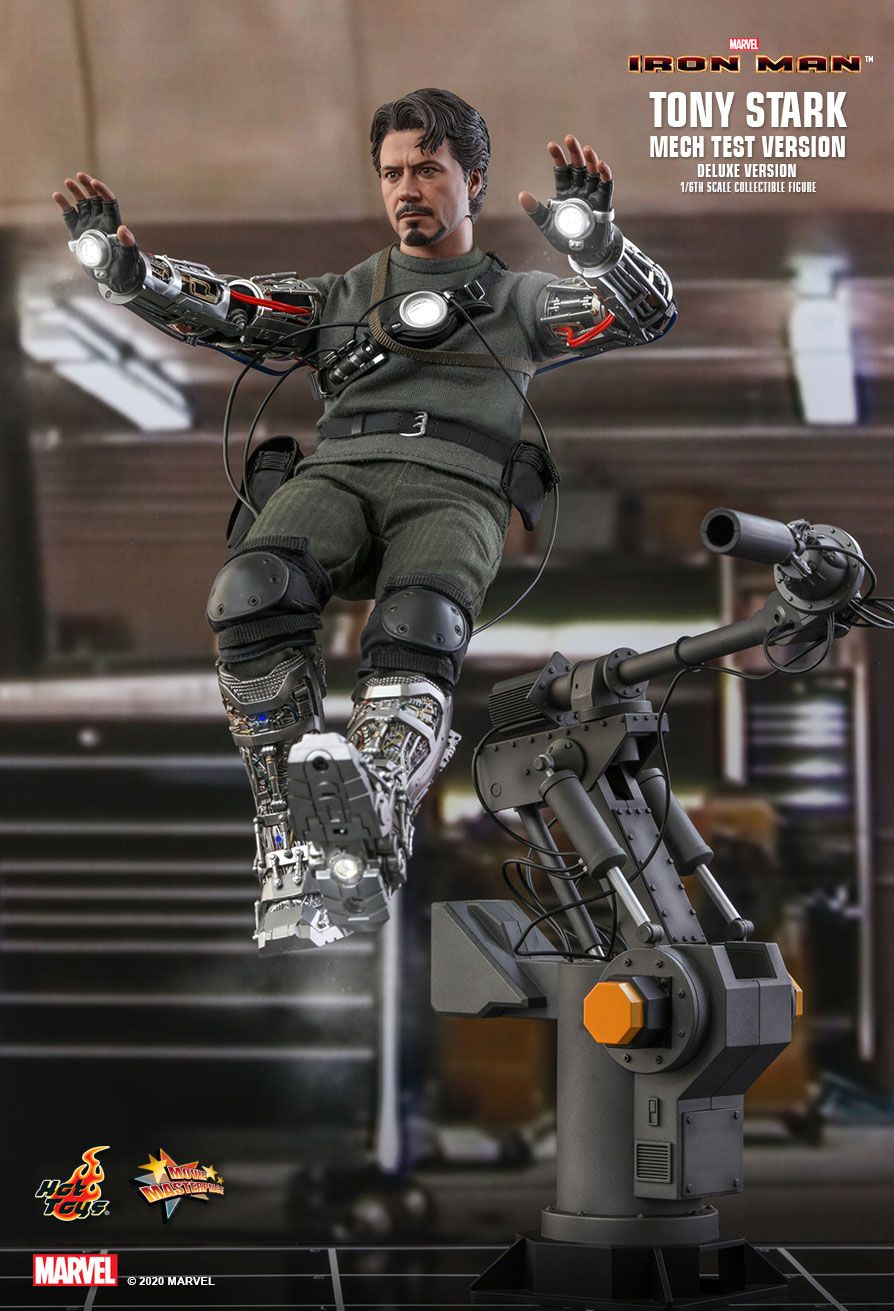 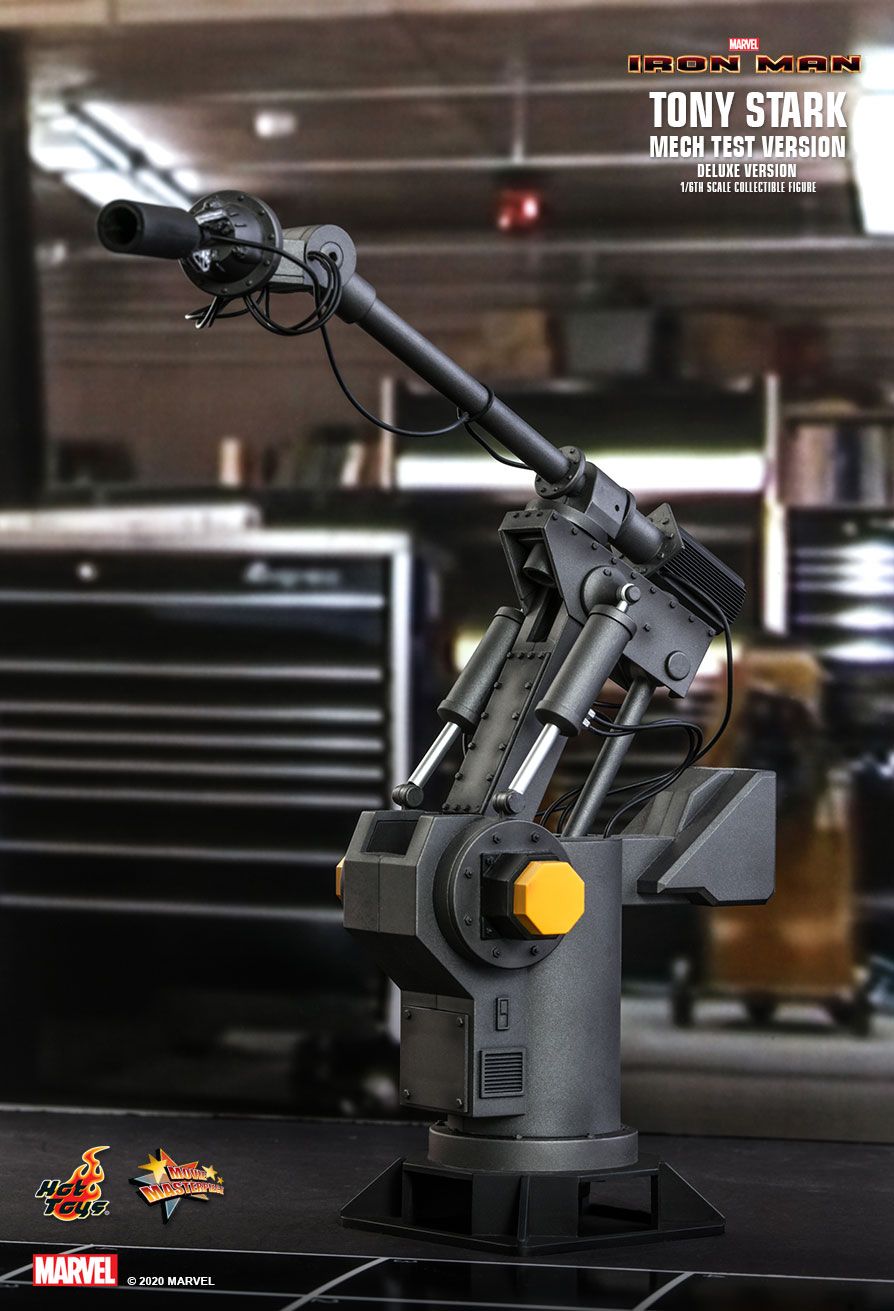 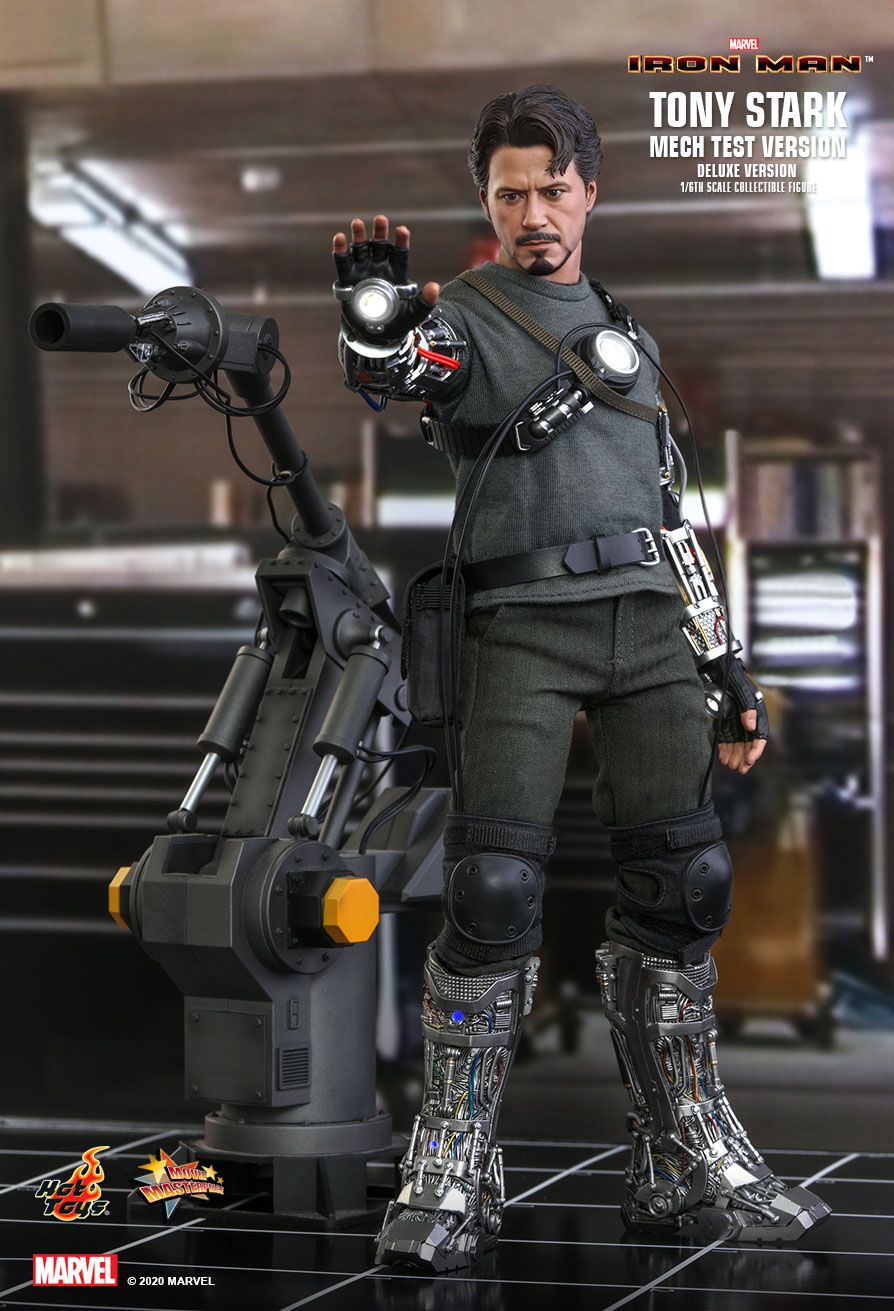 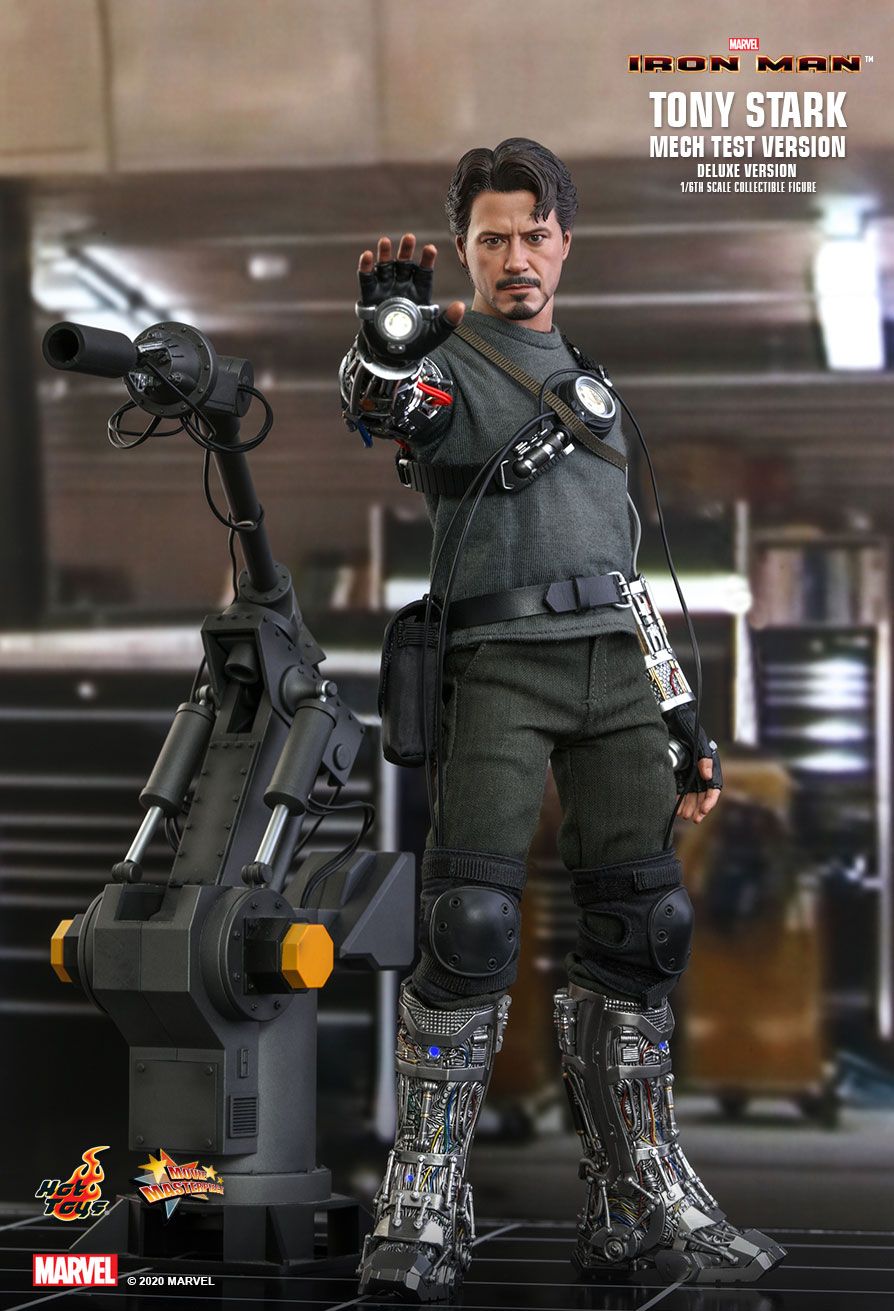 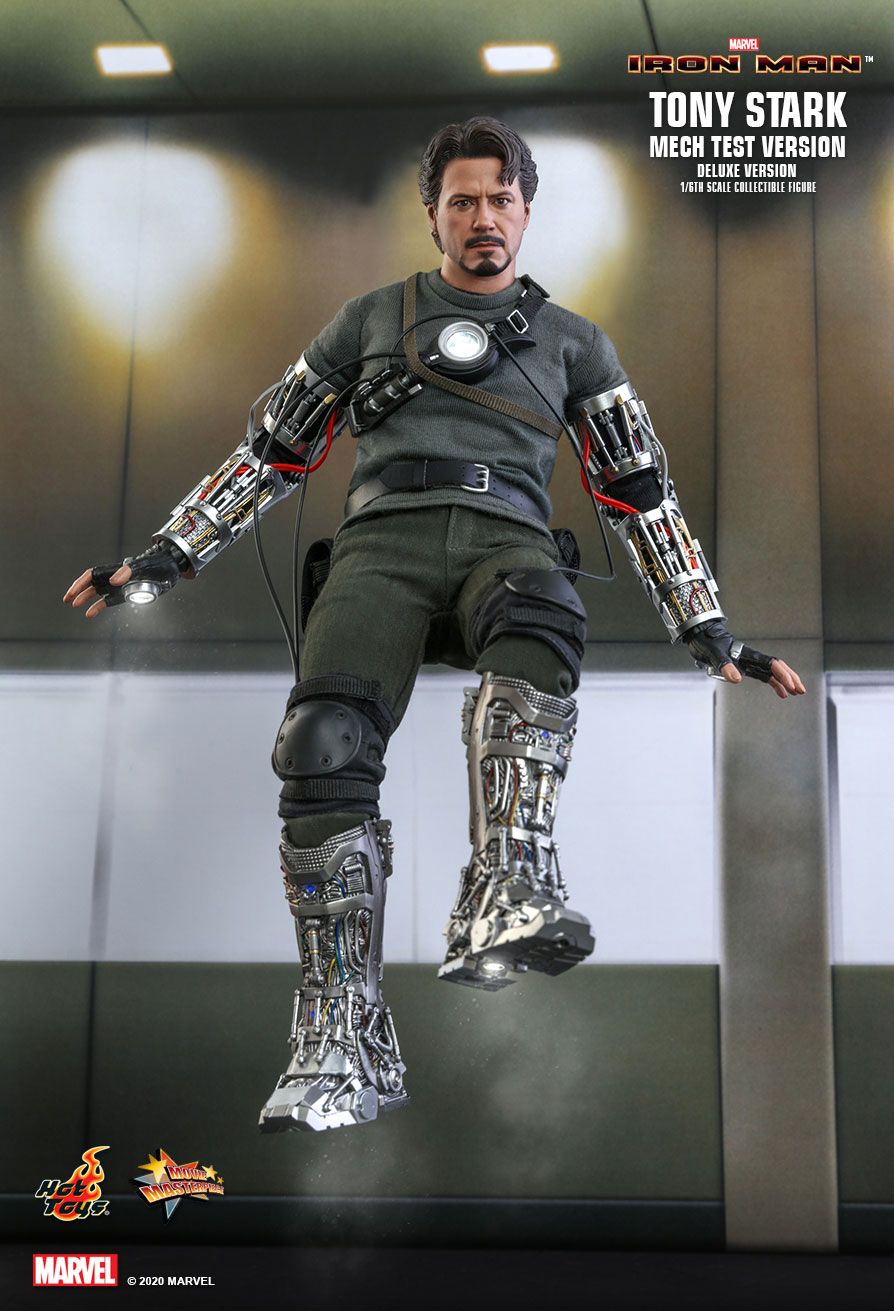 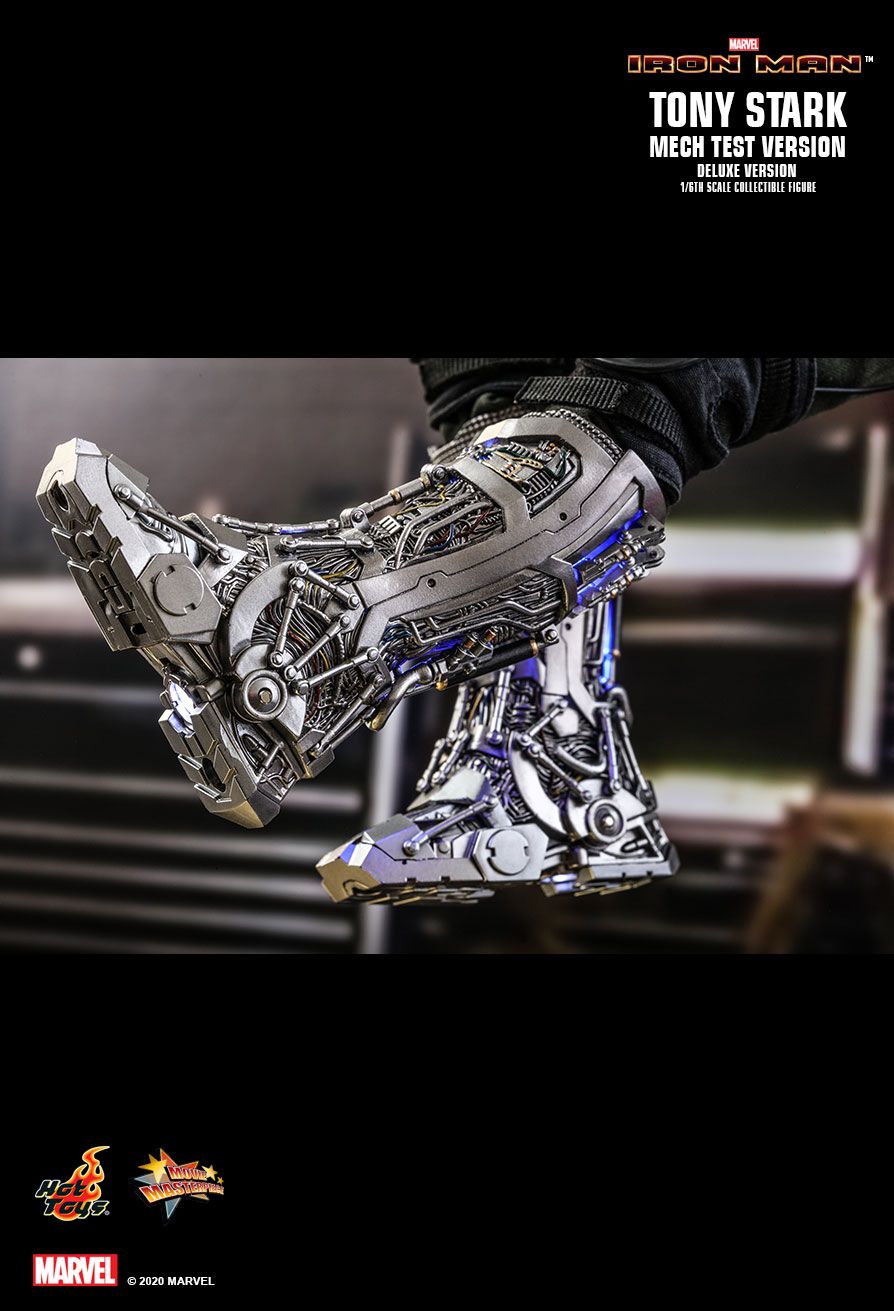 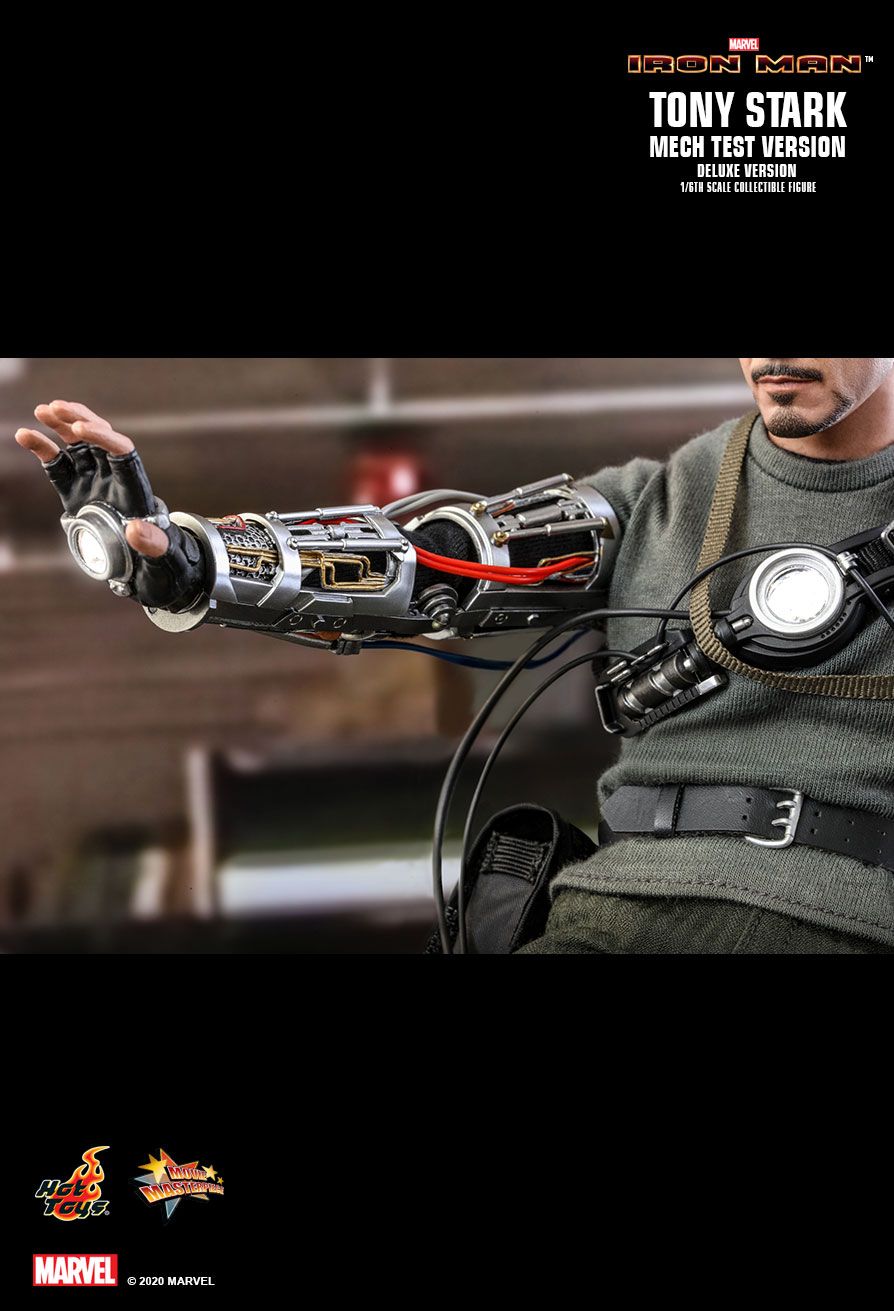 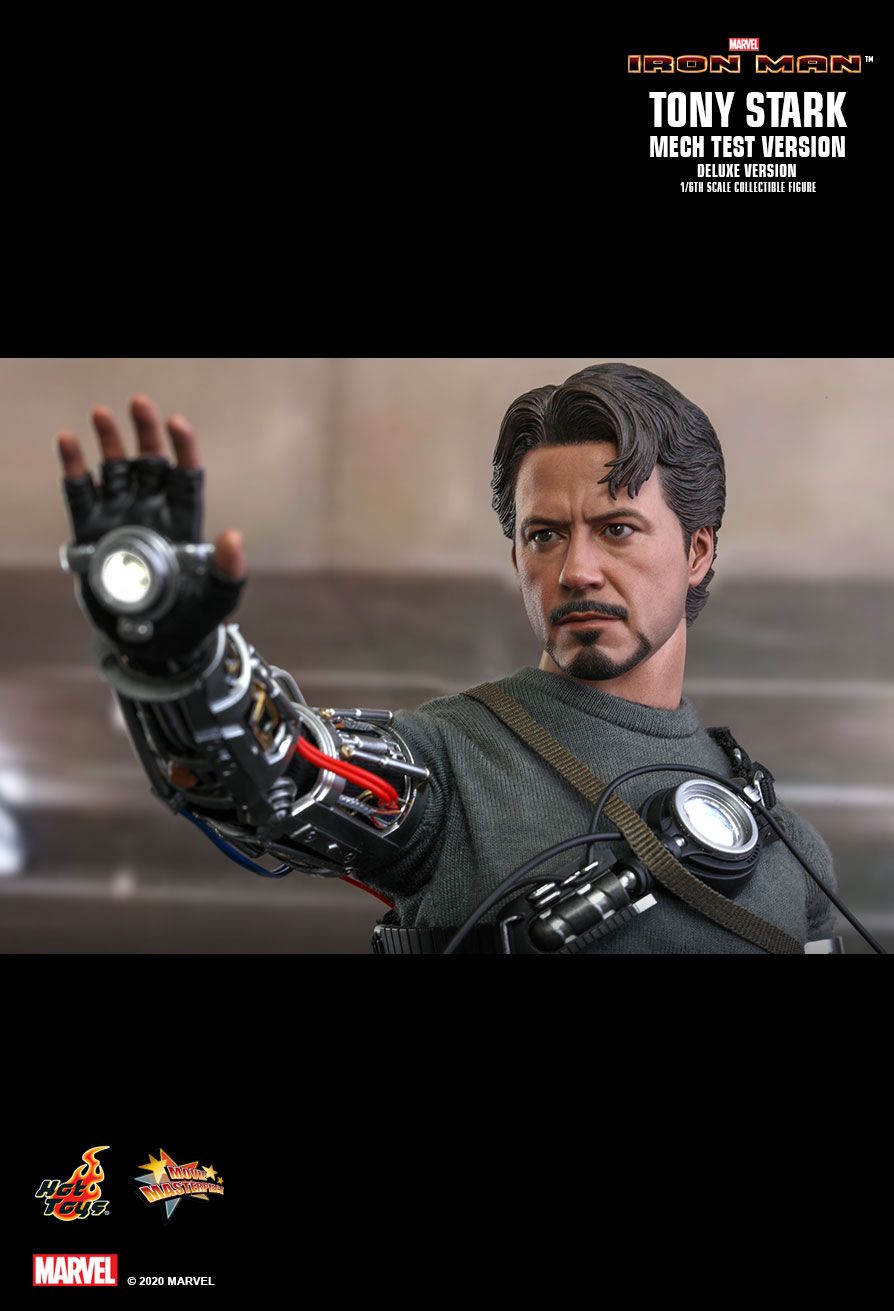 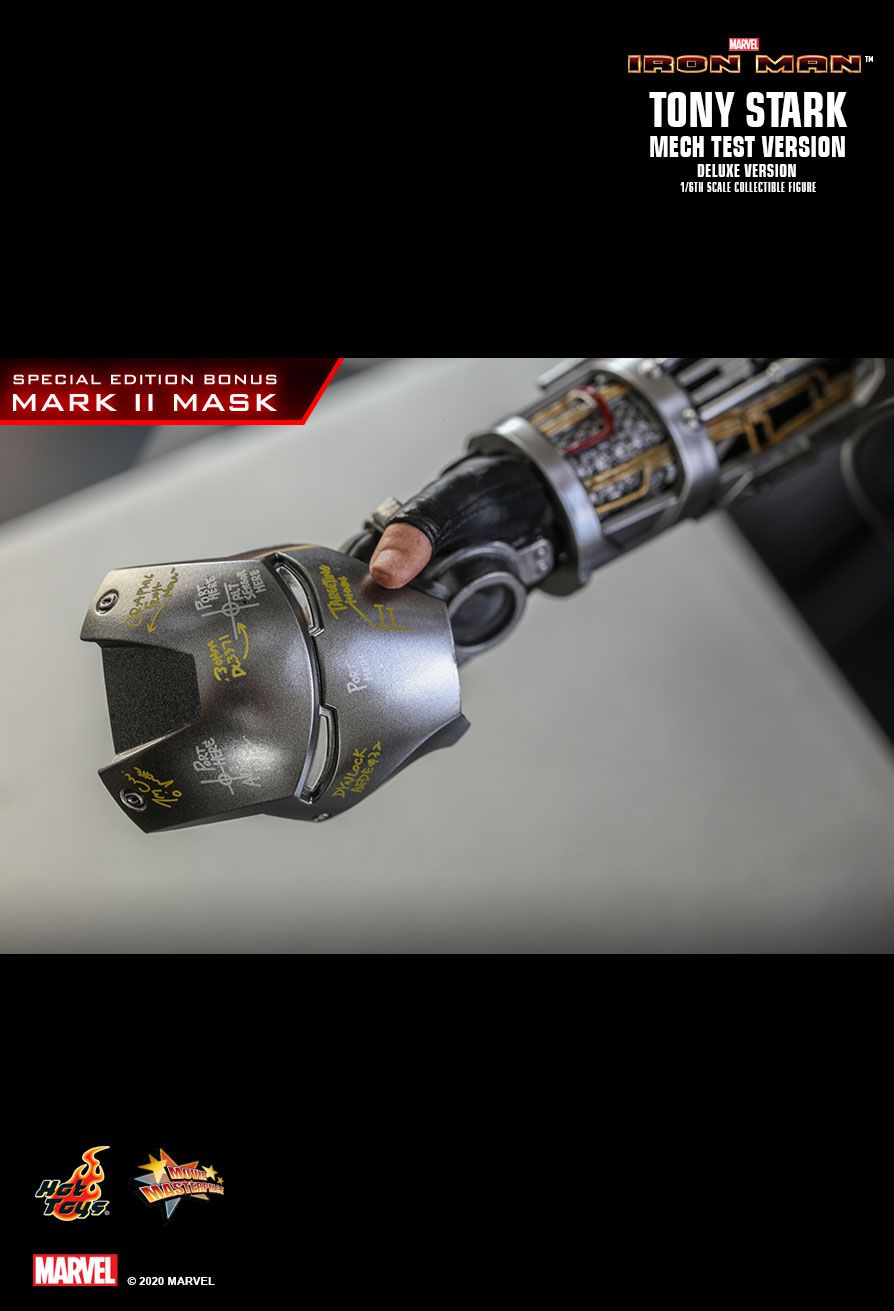 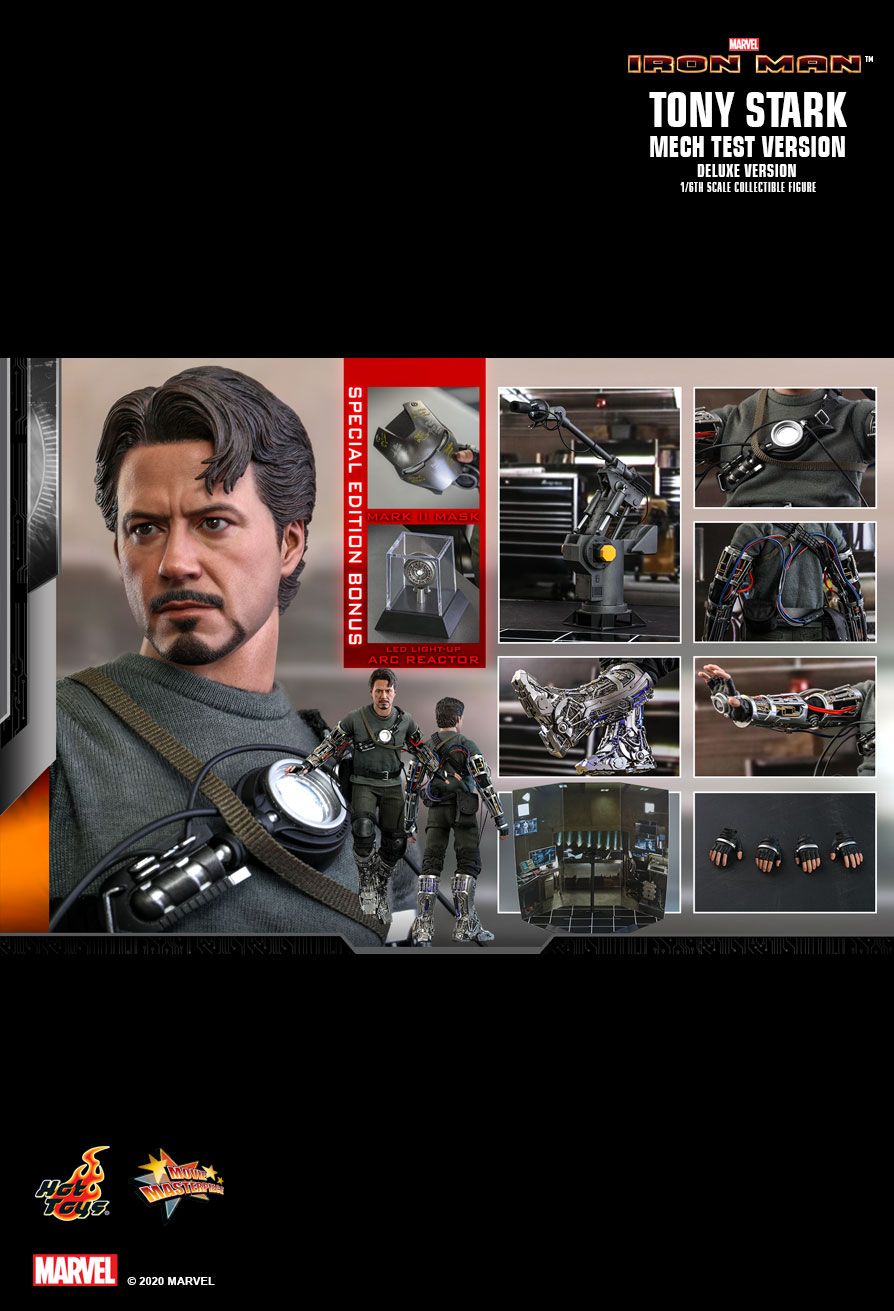 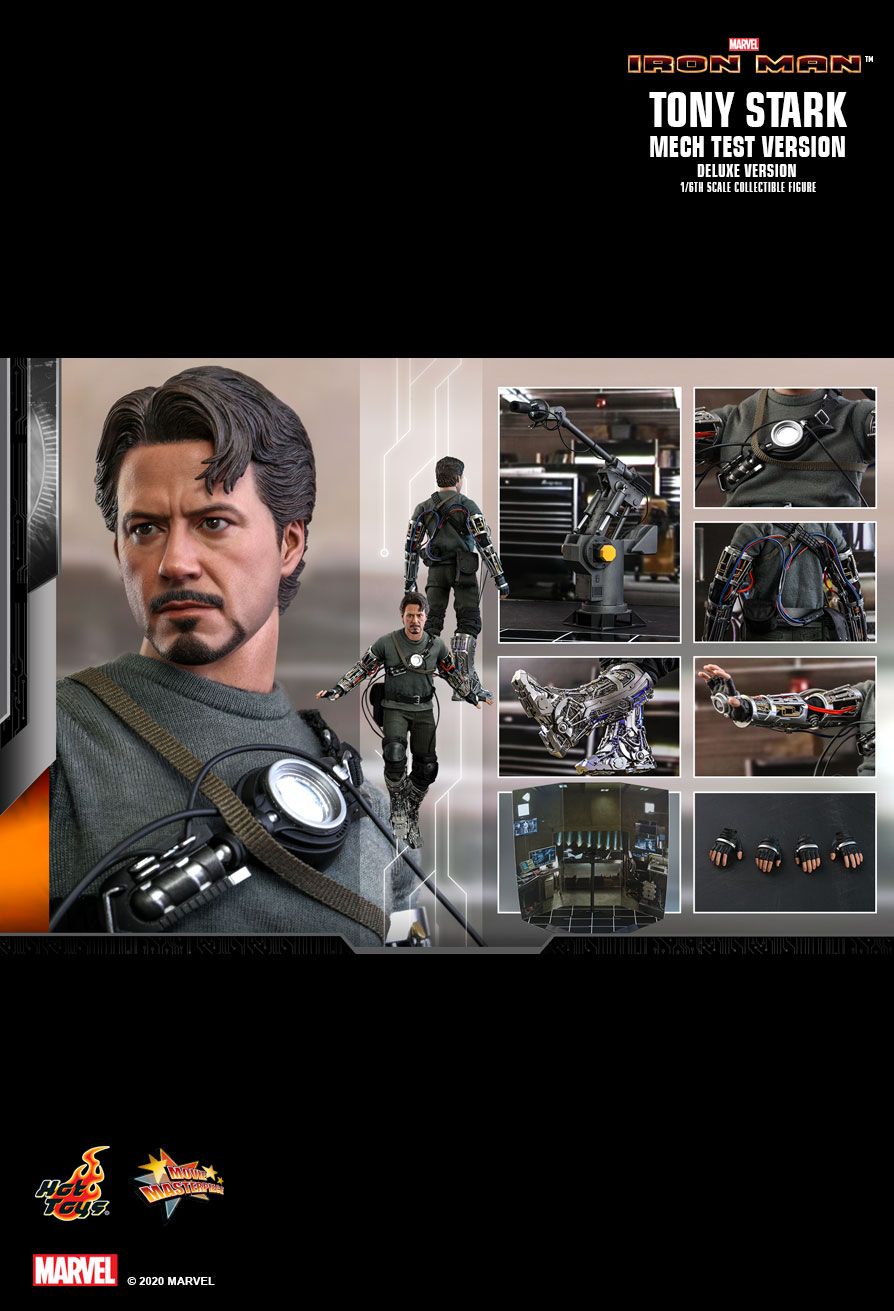 Founding Father
Posts : 7611
Join date : 2018-03-29
Location : Somewhere between myth and reality.
I love it (except for that strange neck line on the very first photo). To me this has far more characters than the infinite sequence of Iron Man armored suit variants, even if it is less iconic for the character. Even if much of this is a simpler outfit, the "metal" and "wire" details look exquisite.
_________________
I'll be back! 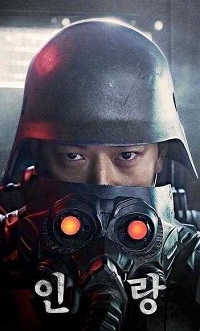 Posts : 240
Join date : 2018-04-06
I am happy since I almost bought the original release many times on the secondary market only to stop myself because of the asking prices. I did see that a KO was up for PO on Taobao some time back and was going to get that but now I have ordered this HT 2.0 instead