"The world of humanity is filled with people in need."

Inspired by the Amazon's iconic comic book appearance, the Wonder Woman Sixth Scale Figure features a seamless, articulated, muscular body type developed by TB League, as well as a fabric bodysuit in Wonder Woman's iconic red and blue colors with white stars. Over the suit She has a sculpted gold belt and gold breastplate, her signature armor. Her portrait has flowing black hair sculpted with motion details and also features her golden tiara with a red star set in the center.

The Wonder Woman Sixth Scale Figure also features a number of swap-out Amazonian accessories, allowing you to craft a display worthy of the gods. Diana of Themyscira has sculpted red and white boots with articulated ankle joints as well as three sets of hands including fists , open hands, and grip hands. The figure also comes with two versions of the golden Lasso of Truth- one sculpted, coiled version and one fabric version. Additionally, Wonder Woman includes her silver Bracelets of Submission, her aegis shield, and her sword With a wearable scabbard, giving you an entire pantheon of possible poses.

The Exclusive Edition of the Wonder Woman Sixth Scale Figure includes a spear accessory, giving you an additional display option in your wondrous arsenal of weaponry. 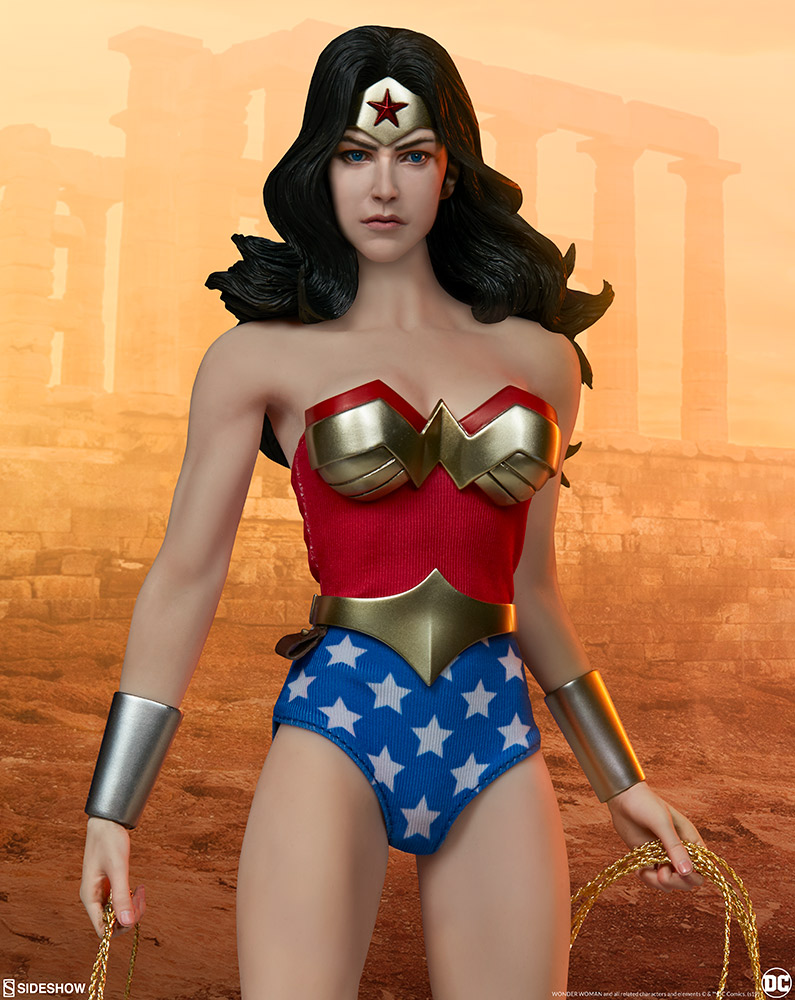 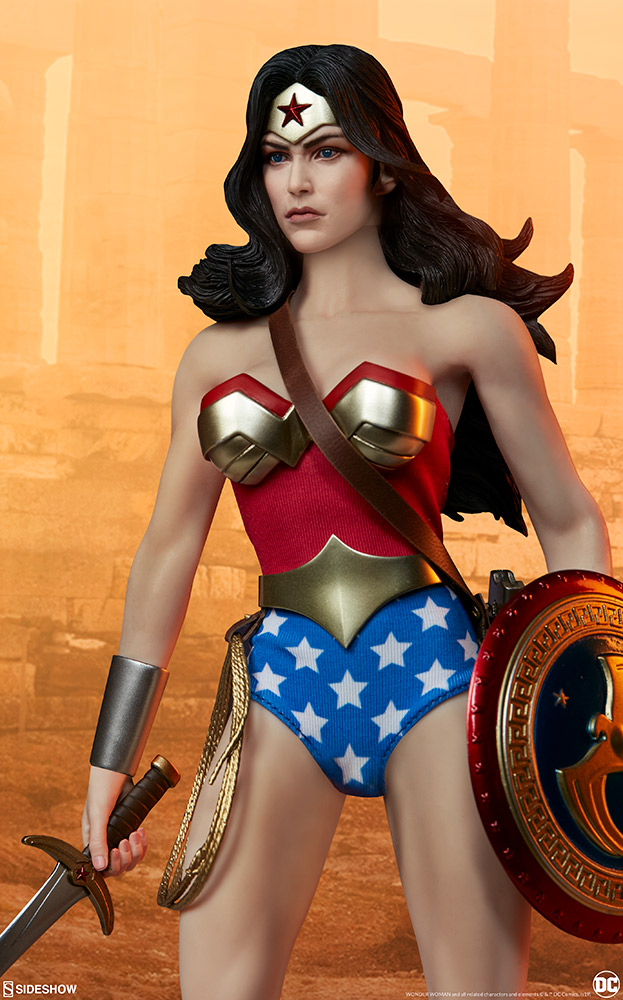 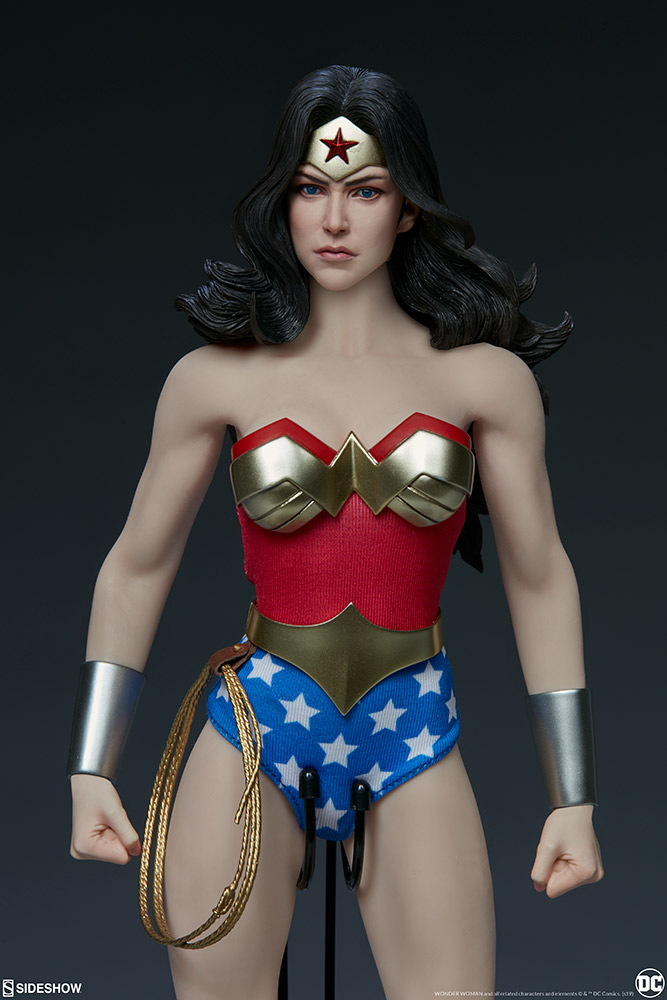 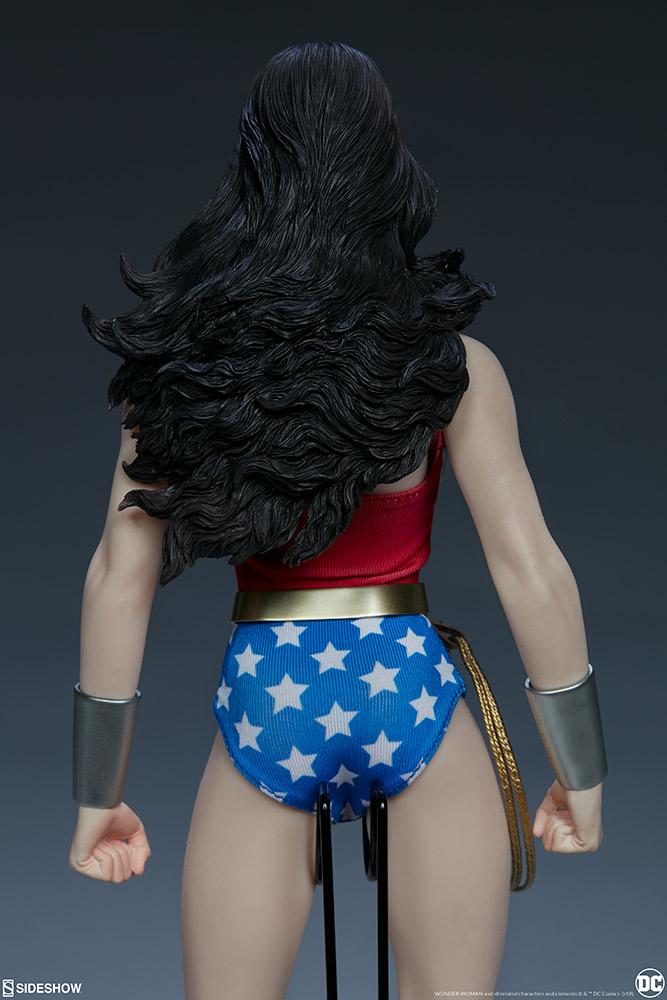 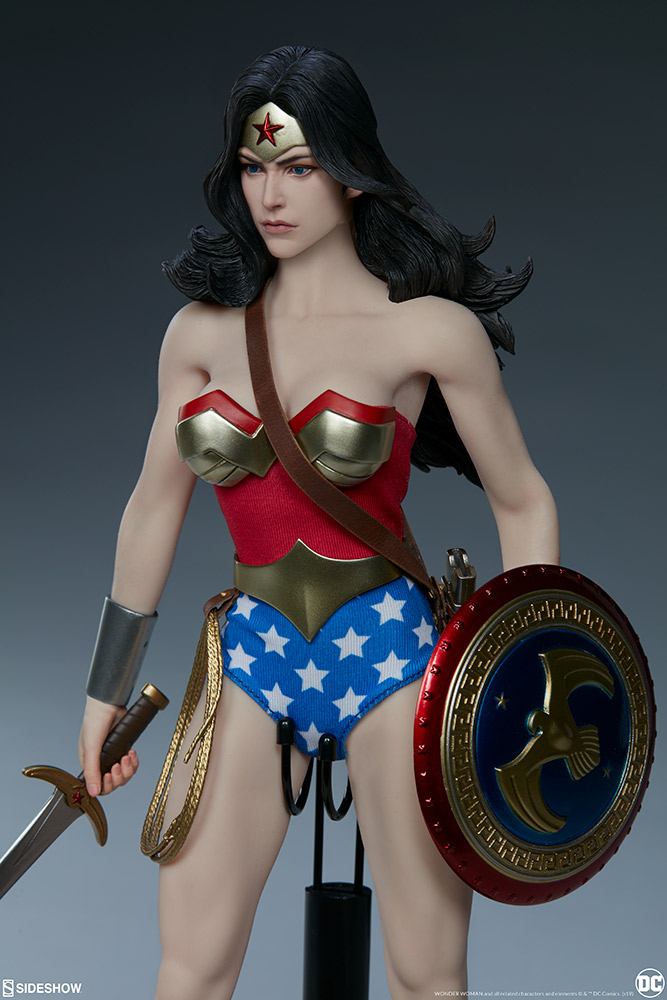 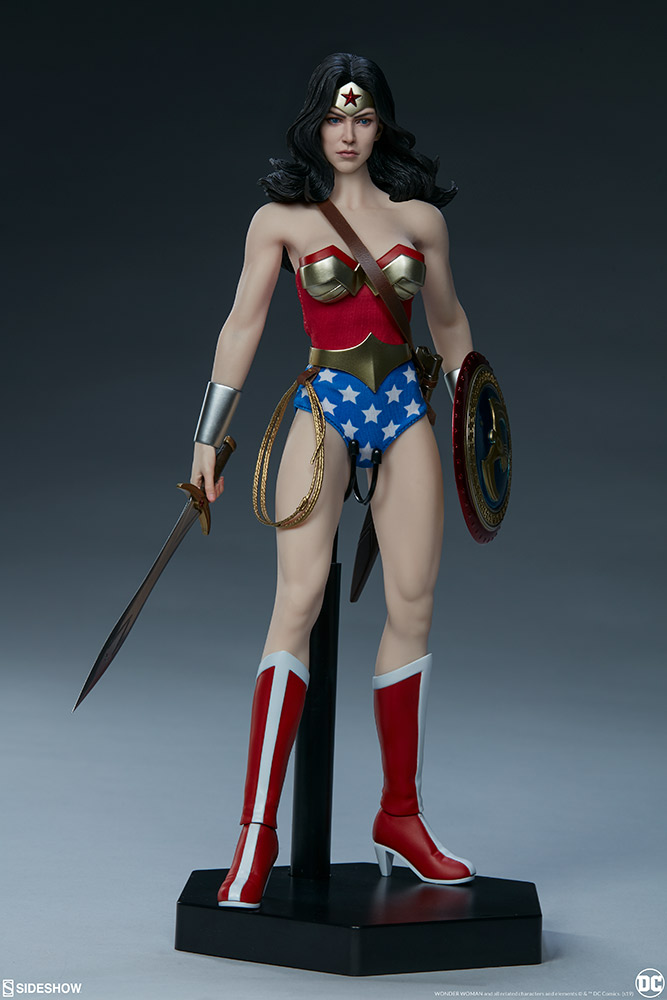 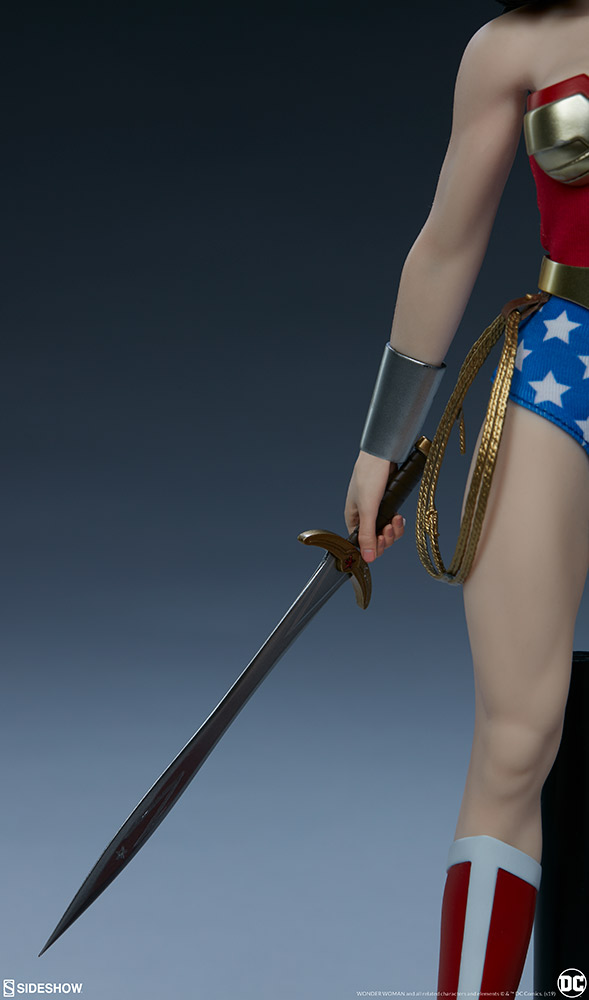 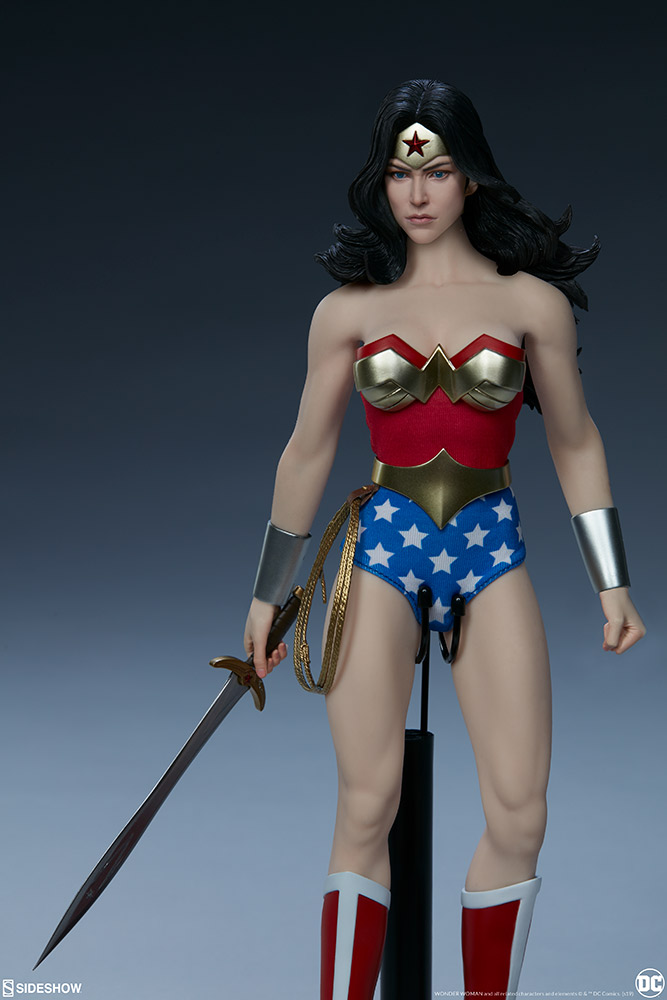 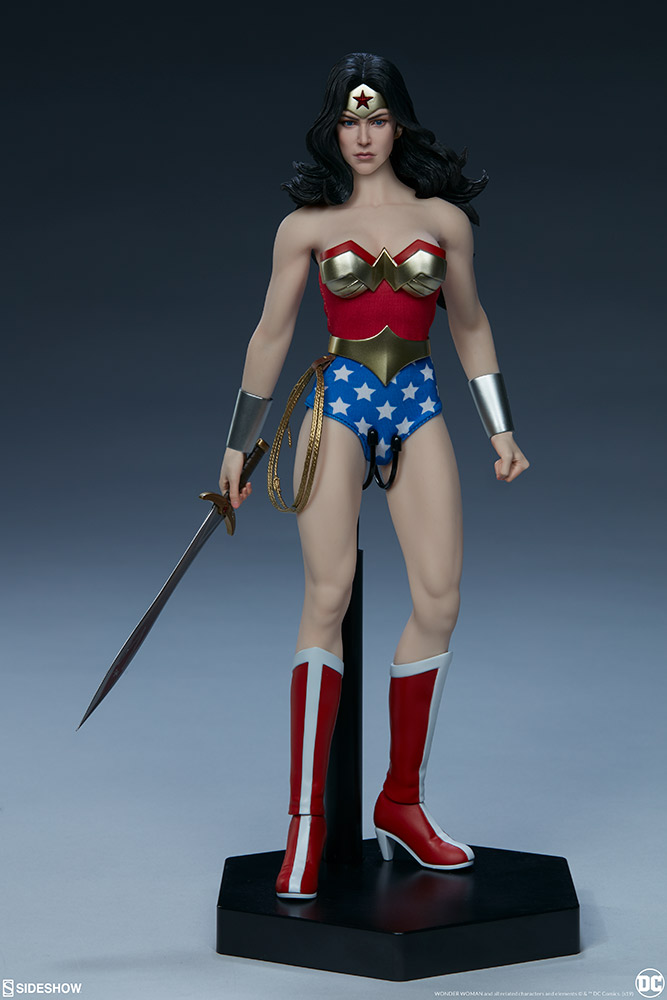 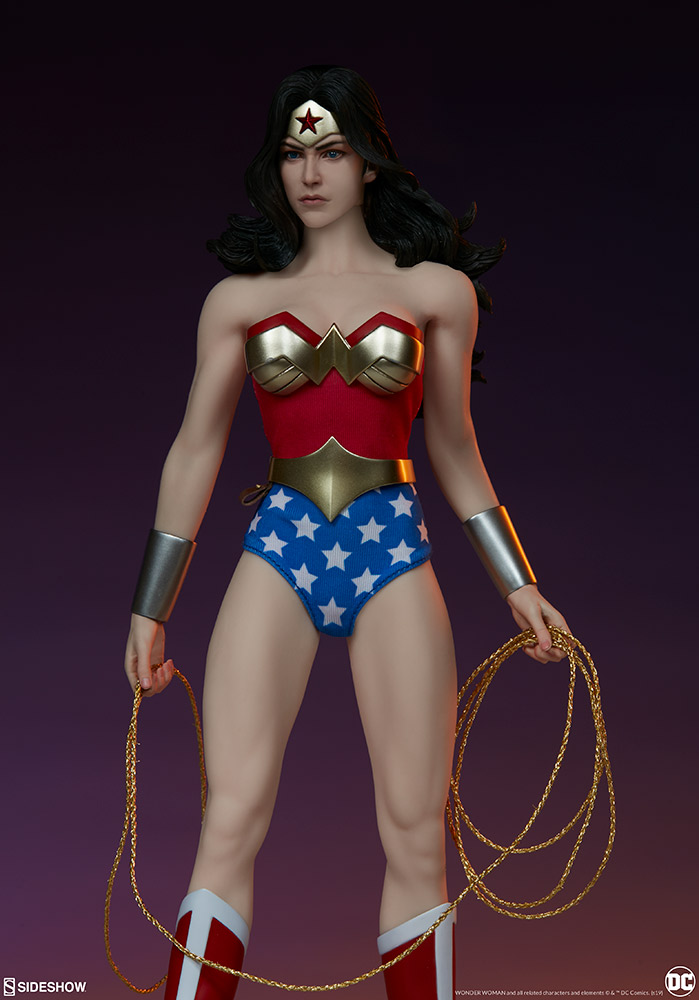 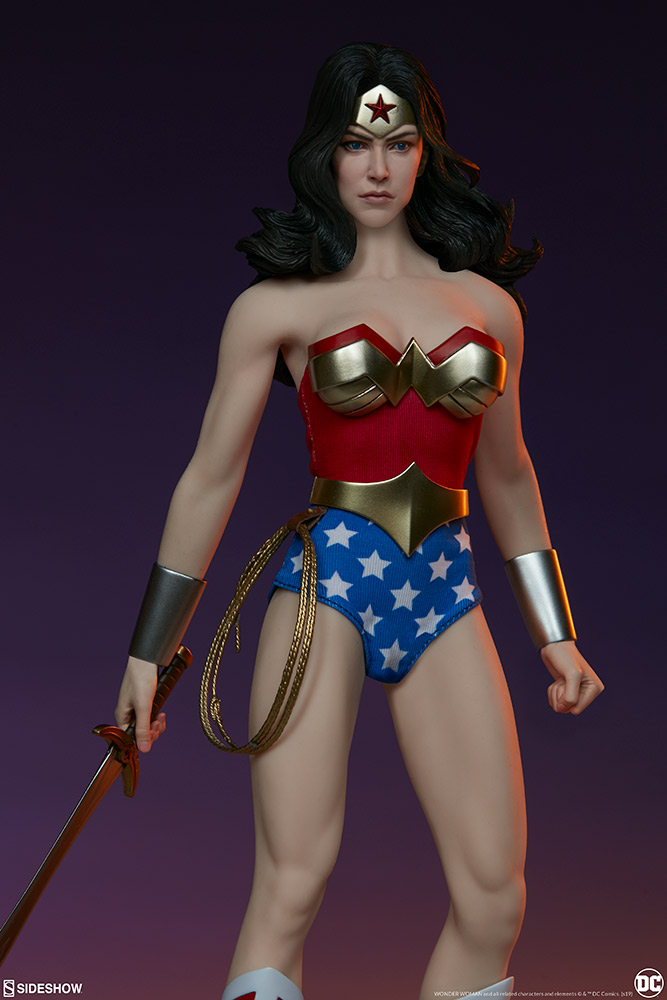 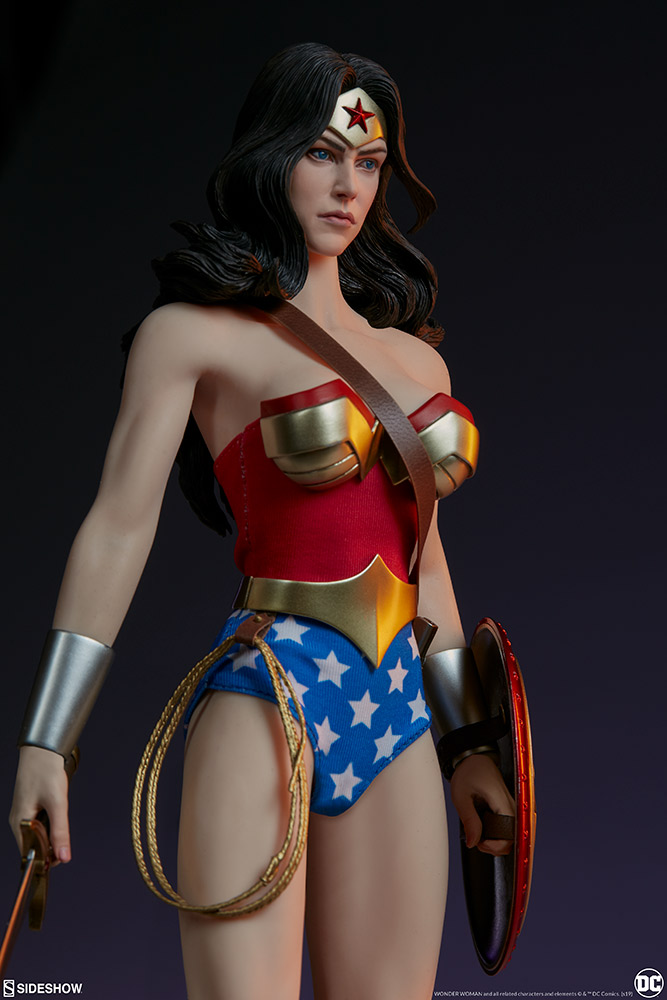 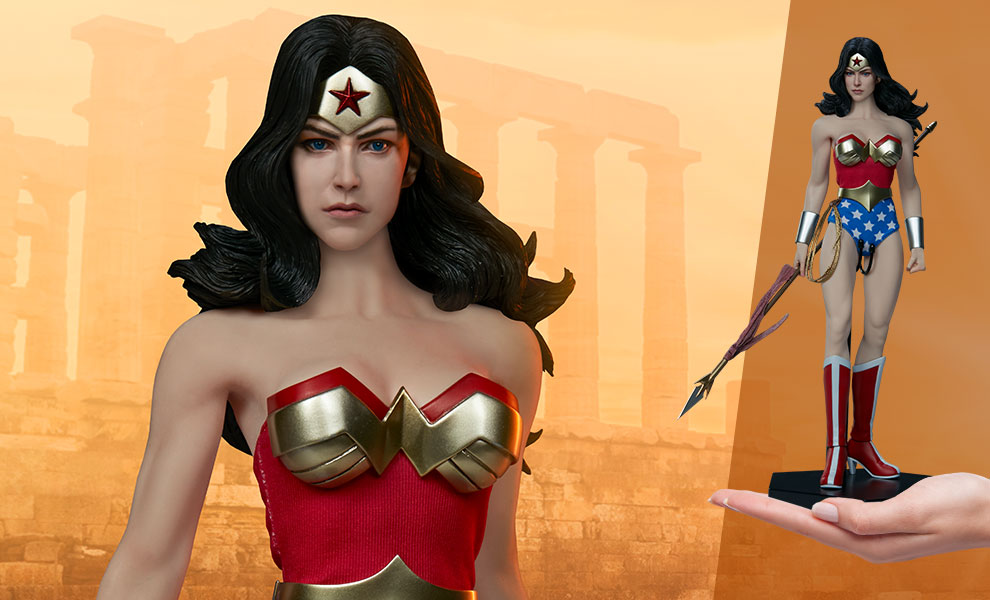 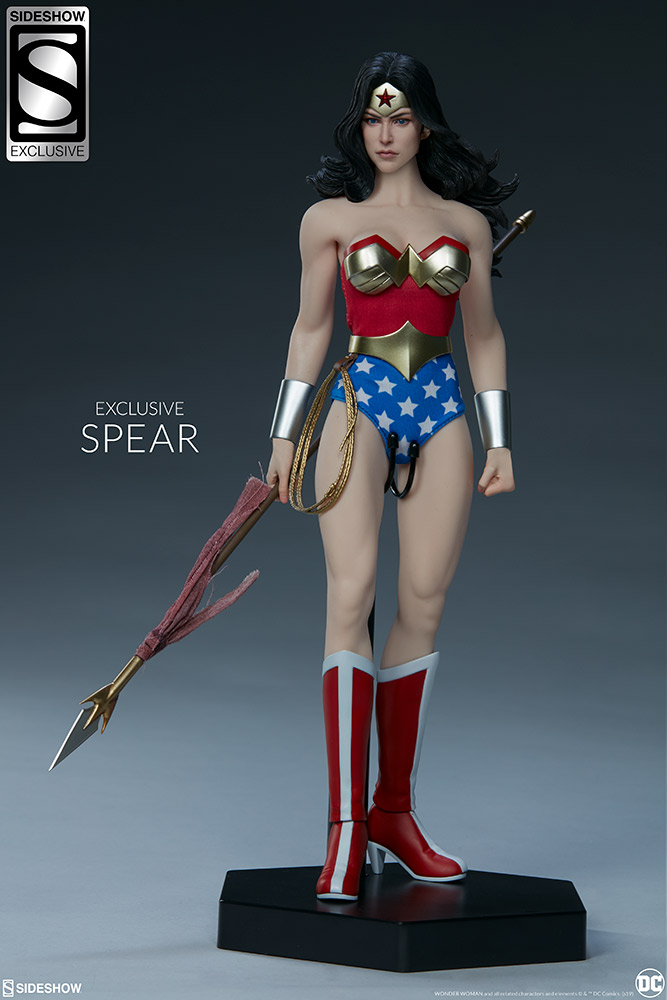 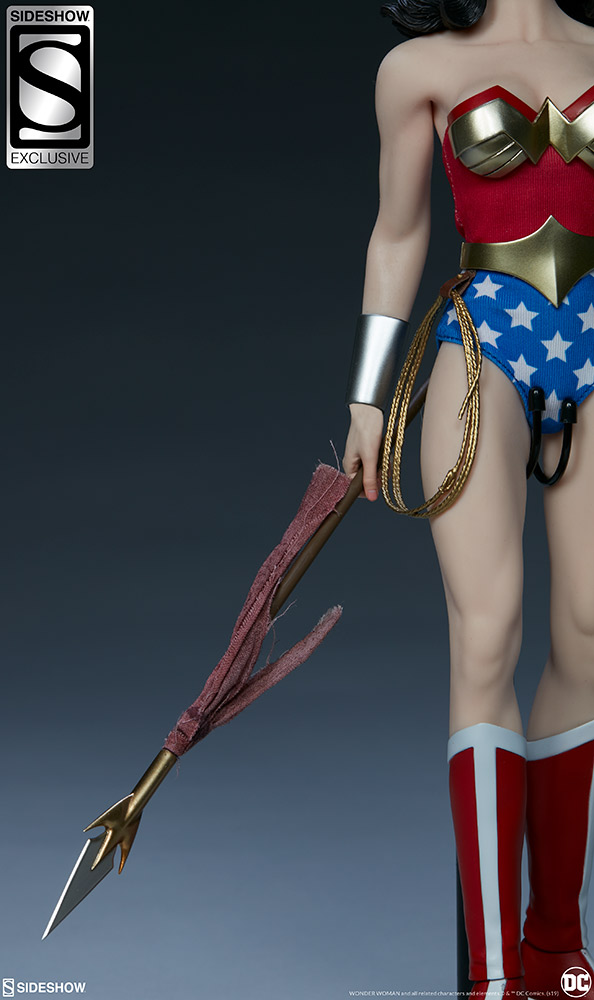 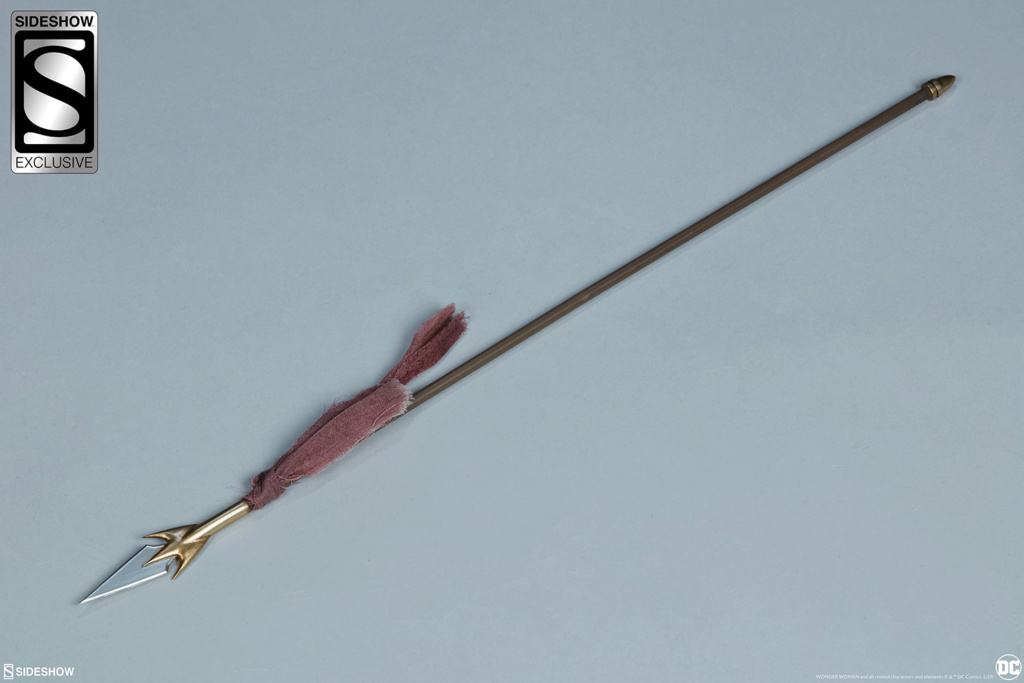 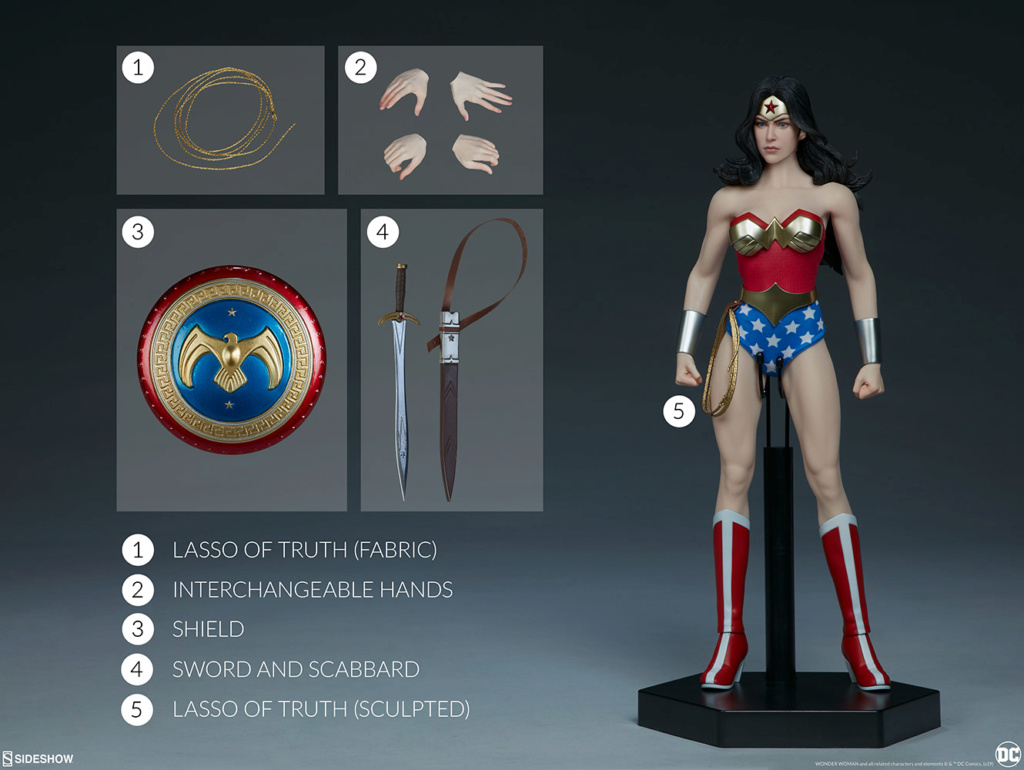 Overall, I find this a bit of a strange figure. It's always nice to see comic book versions of the characters, and I'm glad to see Sideshow working with tbleague again, but.... I find this rather uninspiring.
_________________
"The happy ending of the fairy tale, the myth, and the divine comedy of the soul, is to be read,
not as a contradiction, but as a transcendence of the universal tragedy of man."
Focusing on the Prequels, Clone Wars, and Original Trilogy eras (NO 'sequels', thanks!) 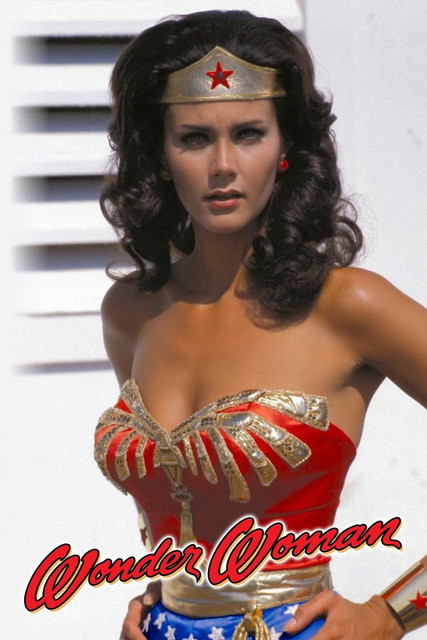 As for the headsculpt, whoever did that should be fired immediately!
And when i say "fired", i mean in front of a firing squad!
Talk about helmet hair!

Posts : 3692
Join date : 2019-01-11
Location : the far, bright center
Brassco - I've got nothing against the 'big hair' look, but in this case that's not quite what is going on. The part in the middle is itself too high, suggesting that the actual head goes all the way up there. So it's not just big hair, but a rather big 'five-head' as Stryker so aptly called it.

Also, they are not claiming it is based on Lynda Carter as Wonder Woman, but rather is an interpretation of a 'classic' comic book version of the character. It's a really good idea, but I'm not overly impressed by the execution with regard to the sculpt.
_________________
"The happy ending of the fairy tale, the myth, and the divine comedy of the soul, is to be read,
not as a contradiction, but as a transcendence of the universal tragedy of man."
Focusing on the Prequels, Clone Wars, and Original Trilogy eras (NO 'sequels', thanks!)