It's been at least two years since the last time I visited this diorama Ada's lair/ New York Penthouse Private Office.
Ada's office has gone though many changes in the past few years.

At the beginning of the WARLORD XENA/ XIXOX war (Blood Rose's friends) Ada's father the head of XIXOX Organization had Ada and two other
High ranking members daughters of the XIXOX were whisked off to top secret undisclosed safe house for their protection to very
powerful Crime Lord's mansion and close friend of Ada's father were he and his wife rise the three the girls as their own.

He taught Ada everything he knew about the family business where she quickly rose through the ranks of the crime syndicate to become a
very powerful businesswoman in her own right.

Most people probably think that Ada is a upstanding Multi Billionaire business woman, her business is called Camarilla International Industries
but in reality Ada AKA The 6 of spades actually the head of a very powerful Crime Syndicate called Crimson Rose
and if someone get invited to her private office it's usually not a good thing. 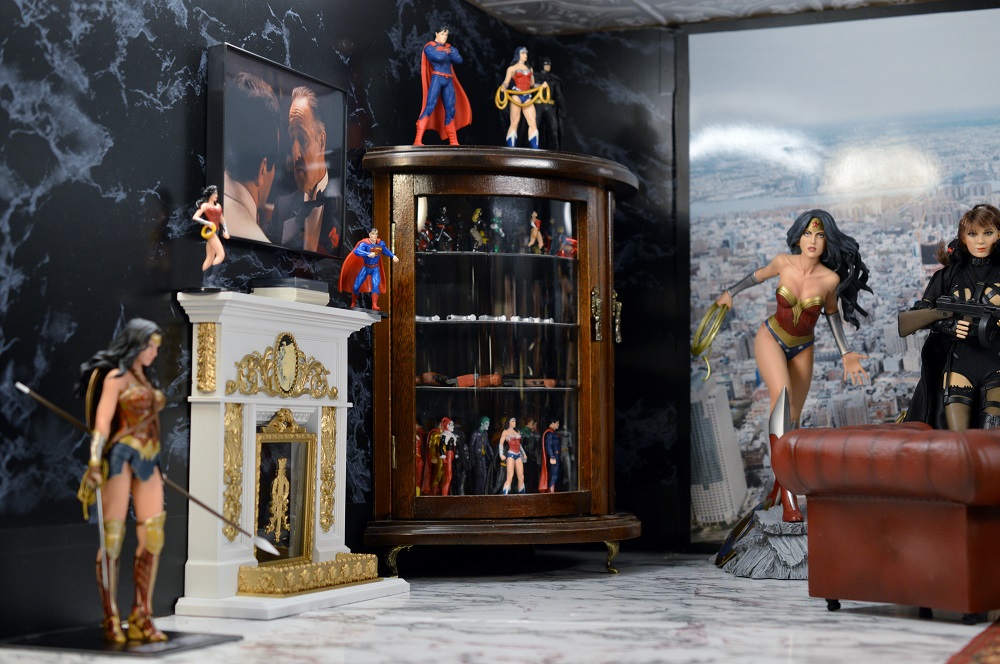 Hosted on Fotki
Ada is huge DC Comics fan & collects DC Comics memorabilia whenever she can. 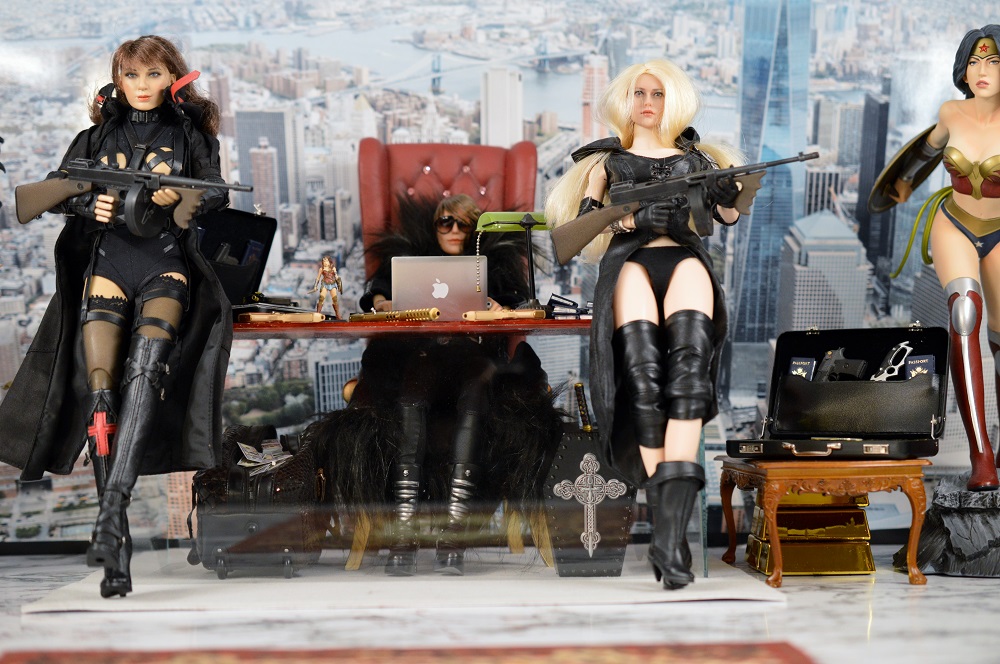 Hosted on Fotki
Ada is the heiress to her father's wealth and property which also included the building formerly known as the XIXOX HQ,
which was heavily damaged during the XENA/ XIXOX war. Hosted on Fotki
In an attempt to cut down the swearing in her office Ada implemented a new swear jar policy.
(although Ada has been known to contribute to it too) Hosted on Fotki
Mercy Dante is Ada's second in command. (Mercy is a strange name for her because she will never show any) 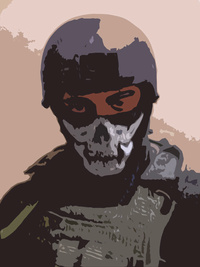 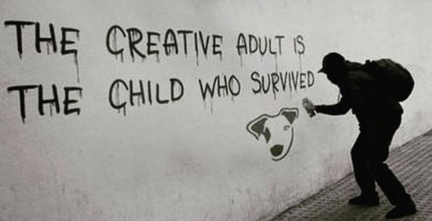 GubernatorFan wrote:Great furniture and accents. Love what you have done with this diorama. Every time you show it, I see something new that you've added.

Thank you my friend I'm glad you like, here are some earlier photos of it. Hosted on Fotki
June 2016 Early in the building stages.

Hosted on Fotki
June 2016 No ceiling yet. Hosted on Fotki
July 2016 Horrible looking in front of the desk chairs.

Hosted on Fotki
DEC 2016 I was finally able to install her display cabinet and her Persian rug. Stryker2011 wrote:This one has come a lot no way. Nice job. The city view backdrop is cool.

Allotropos wrote:As always - so much to take in with your pics and I love them all !! 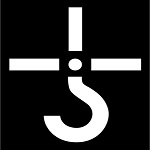 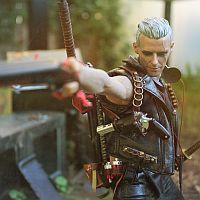 Posts : 591
Join date : 2018-03-29
Location : Somewhere between sturgis and Badlands SD
Thank you my friends it's very much appreciated, I'm glad you liked it, and my apologies for taking so long to get back to this thread I was helping with my mother's 91'st birthday party last weekend.

GubernatorFan wrote:That is some sweet office space for sure.

Thank you GubernatorFan it's very much appreciated!