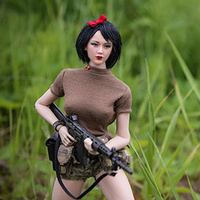 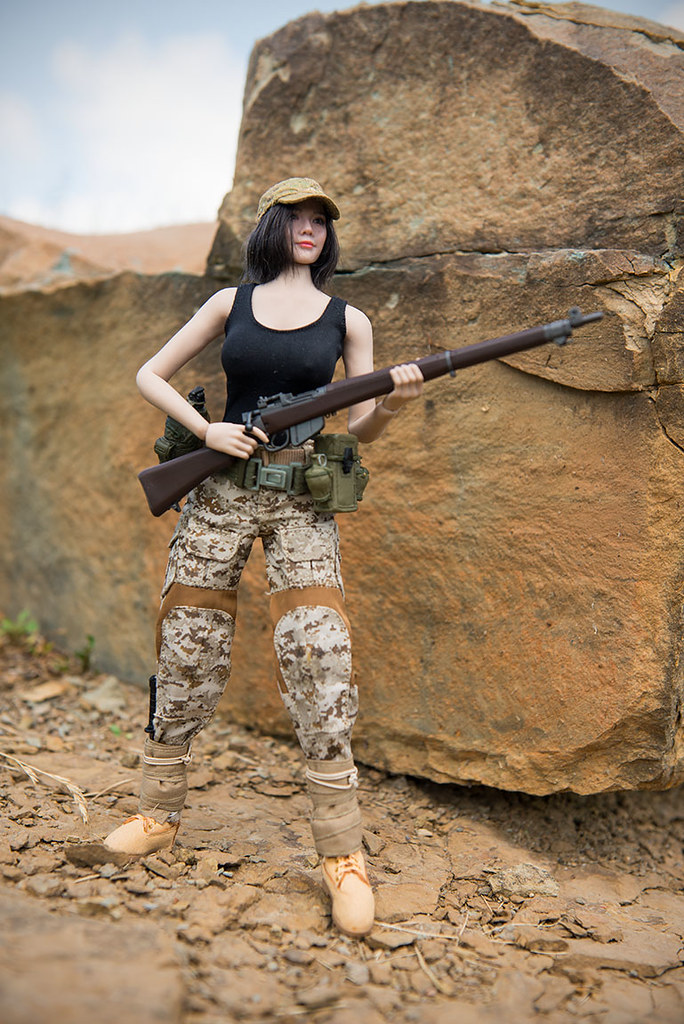 TB League / Phicen by Gary  Menten, on Flickr
Modified S09 figure with the feet replaced. It has now has no more difficulty standing
on its own than any figure with detachable feet.

A while back I ordered a TB League S09 figure, not fully understanding that without the detachable feet, this little gal would never really be able to stand without support. I had believed that simply putting it in boots would, especially tight ones would help it stay erect.  I was of course wrong as any of you with any TB League model with non-detachable feet know.  For a while, I considered using this figure for non standing poses only, but in the end decided that I wanted it to be able to stand like my other figures.  The feet had to come off.  I spent quite a long time figuring out how to approach the problem, rejecting several ideas until I finally decided to cut off the existing feet at the ankles and glue them to flat wooden slats that would become the new feet. 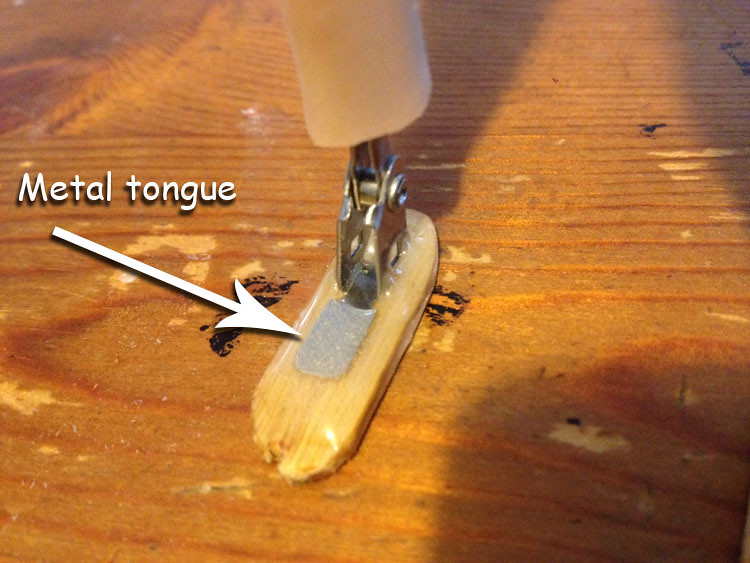 When you cut away the foot and pull it off, which is a bit harder than you might think because the body is literally molded around the skeleton and the silicone gets into every empty space, you see that the skeletal part of the foot consists only of an ankle joint with a little metal tongue sticking out that neither runs to the end of the foot nor to the heel, which along with the rubbery nature of the foot itself leads to the problem of instability.  So I carefully cut out some foot shaped flats from some of the strip bamboo I had left over from doing the wall of Kamiko's pad, sanded them down and glued them to the metal skeleton with two heavy coats of epoxy glue as shown in the photos. I made sure that my flats went far enough back to form a heel also. 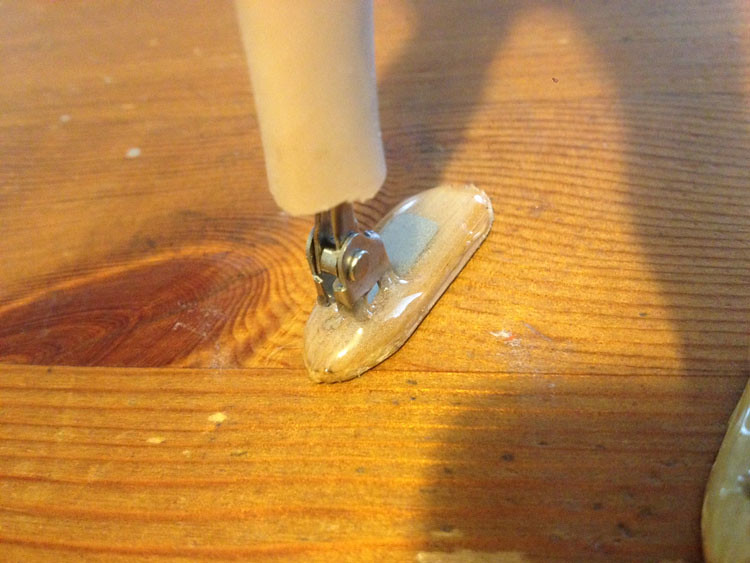 Though I'd cut the flats out to the same lengths as the original TB League foot, I still found they were sort of short for the boots I was going to dress the figure in, so I added another, longer layer underneath made of popsicle stick, again carefully trimmed and sanded. Next, I filled in the top part of the foot and heel with Milliput epoxy puttey.  After about an hour, I trimmed away the excess putty with a hobby knif and allowed to dry overnight.  Once everything was rock hard, I took out my sandpaper nail files and sanded away and beveled the undersides of the heels to allow them to slide into the boots.  It worked like a charm.  The boots were laced up, and the figure is now able stand on it's own. 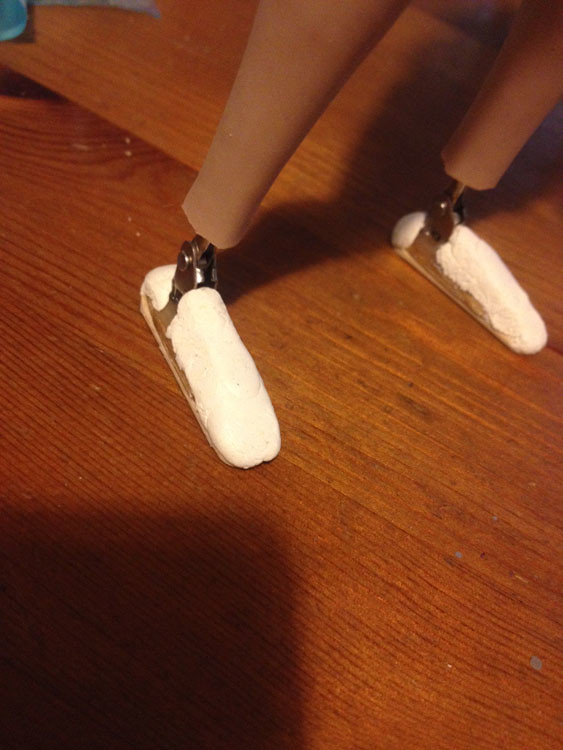 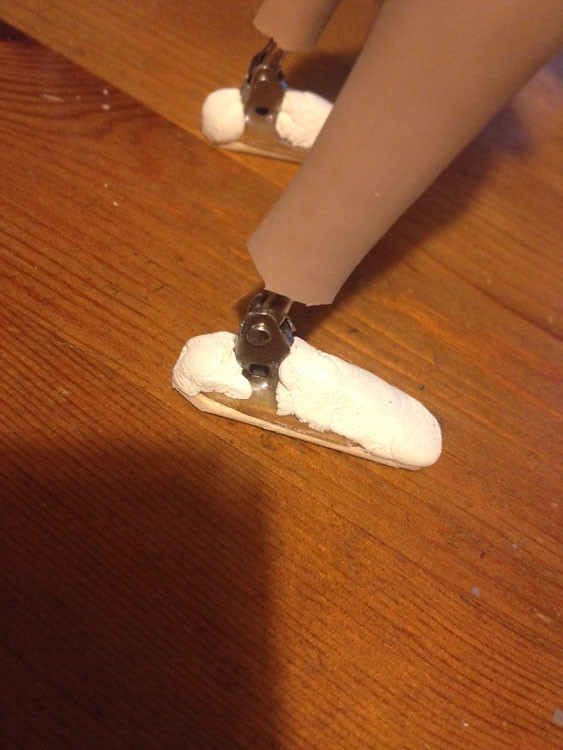 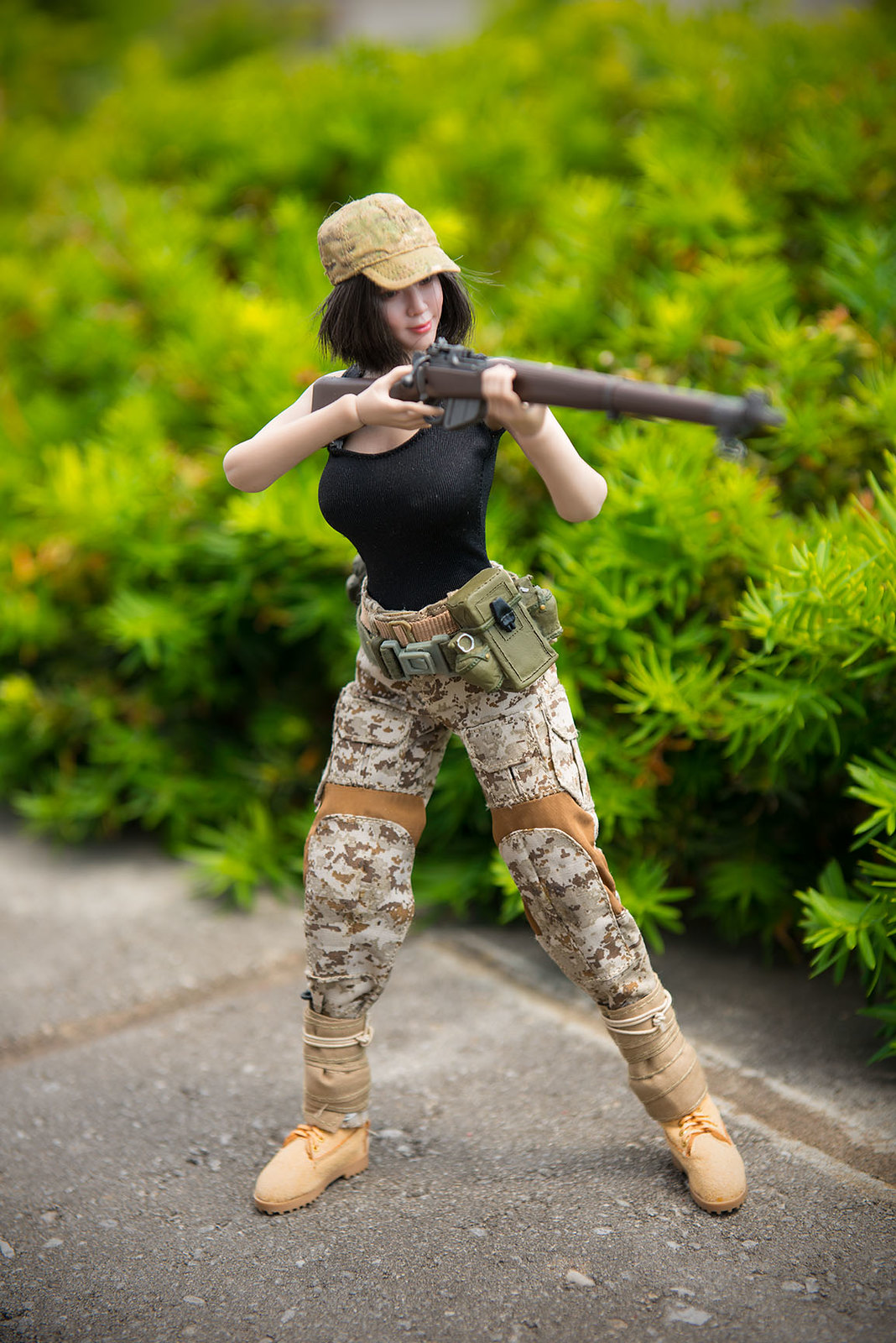 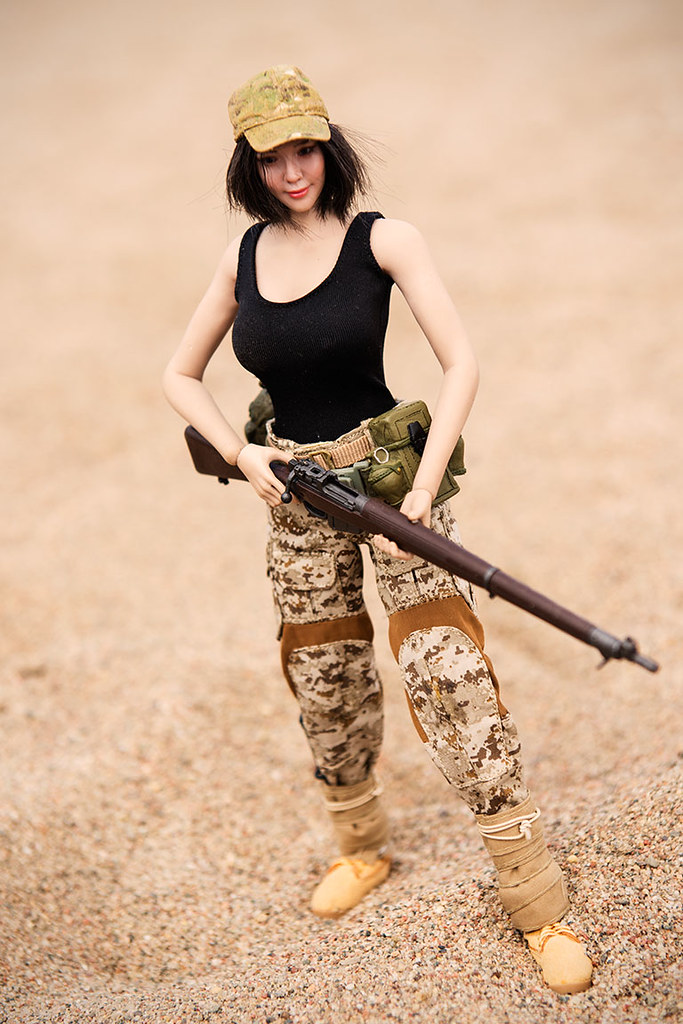 The downside of this is that this figure will always need to have boots on if it is to avoid looking like a cyborg. That was a trade off I was willing to make, and be sure you are fully willing to make the trade off before attempting this yourself. The technique is simple, it works, but once you've cut those rubber feet off and pulled them off, there is no going back.

As always, feel free to ask any questions you may have. For those who may be wondering, the puttees (leg wraps) the figure is wearing have nothing to do with stabilizing it or hiding anything;  I wanted to use them because she represents a desert scout and they are their to keep sand out of her boots.  They also help secure the boot knife on her right leg.

Founding Father
Posts : 6490
Join date : 2018-03-29
Location : Somewhere between myth and reality.
Nicely done. A victory of utility over aesthetics. The inability of these bodies to stand can be quite infuriating, and if one can commit to this type of footwear for these figures, your solution resolves the problem. I am told there are certain types of tight boots that do allow the figures to stand by immobilizing both the foot and the ankle, but obviously these are few and far between.
_________________
I'll be back!

GubernatorFan wrote:Nicely done. A victory of utility over aesthetics. The inability of these bodies to stand can be quite infuriating, and if one can commit to this type of footwear for these figures, your solution resolves the problem. I am told there are certain types of tight boots that do allow the figures to stand by immobilizing both the foot and the ankle, but obviously these are few and far between.

I think a big part of the problem is in the engineering.

1. The skeleton has no heel.
2. The Tab at the front end of the foot is too narrow and too short
3. The skeletal parts are too deep within the silicone to be able to offer a stable platform.

As the photos will show, From the moment I glued the first set of slats to the skeleton, the figure was able to stand in a stable way.

"Brilliant" is a big word. I simply worked the problem through.

Posts : 3204
Join date : 2019-01-11
Location : the far, bright center
Great job on figuring this one out -- I'm glad you were still able to use the body. And now you will have a very unique custom figure, since most people will not be using this particular body for action characters.
_________________
"The happy ending of the fairy tale, the myth, and the divine comedy of the soul, is to be read,
not as a contradiction, but as a transcendence of the universal tragedy of man."
Focusing on the Prequels, Clone Wars, and Original Trilogy eras (NO 'sequels', thanks!)

skywalkersaga wrote:Great job on figuring this one out -- I'm glad you were still able to use the body. And now you will have a very unique custom figure, since most people will not be using this particular body for action characters.

I pondered a bunch of options over several months, discarding the impractical solutions in favor of one I was certain would work.