From the depths of space fantasy and science fiction silliness, here comes a chapter in the saga of...
SPACE PRINCESS... (names changed -- slightly -- to protect the not so innocent) 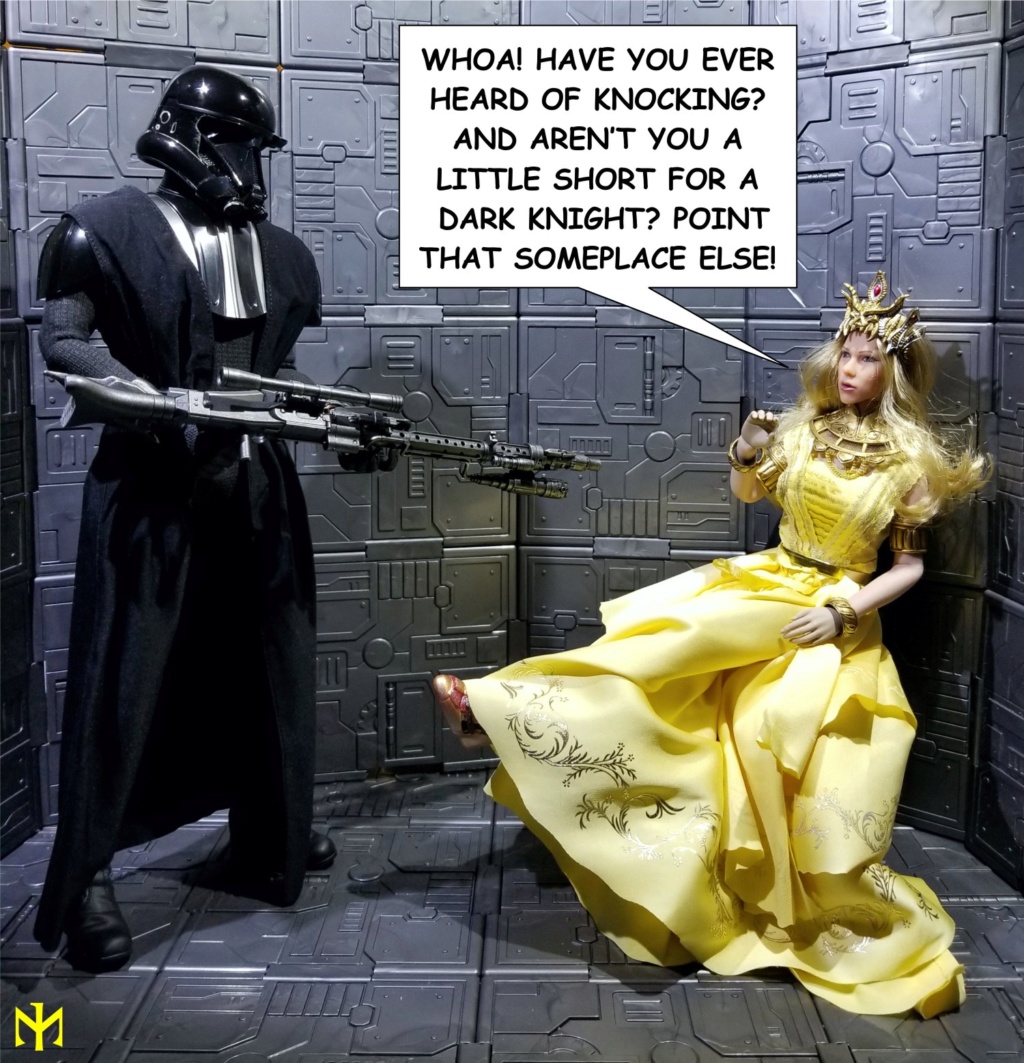 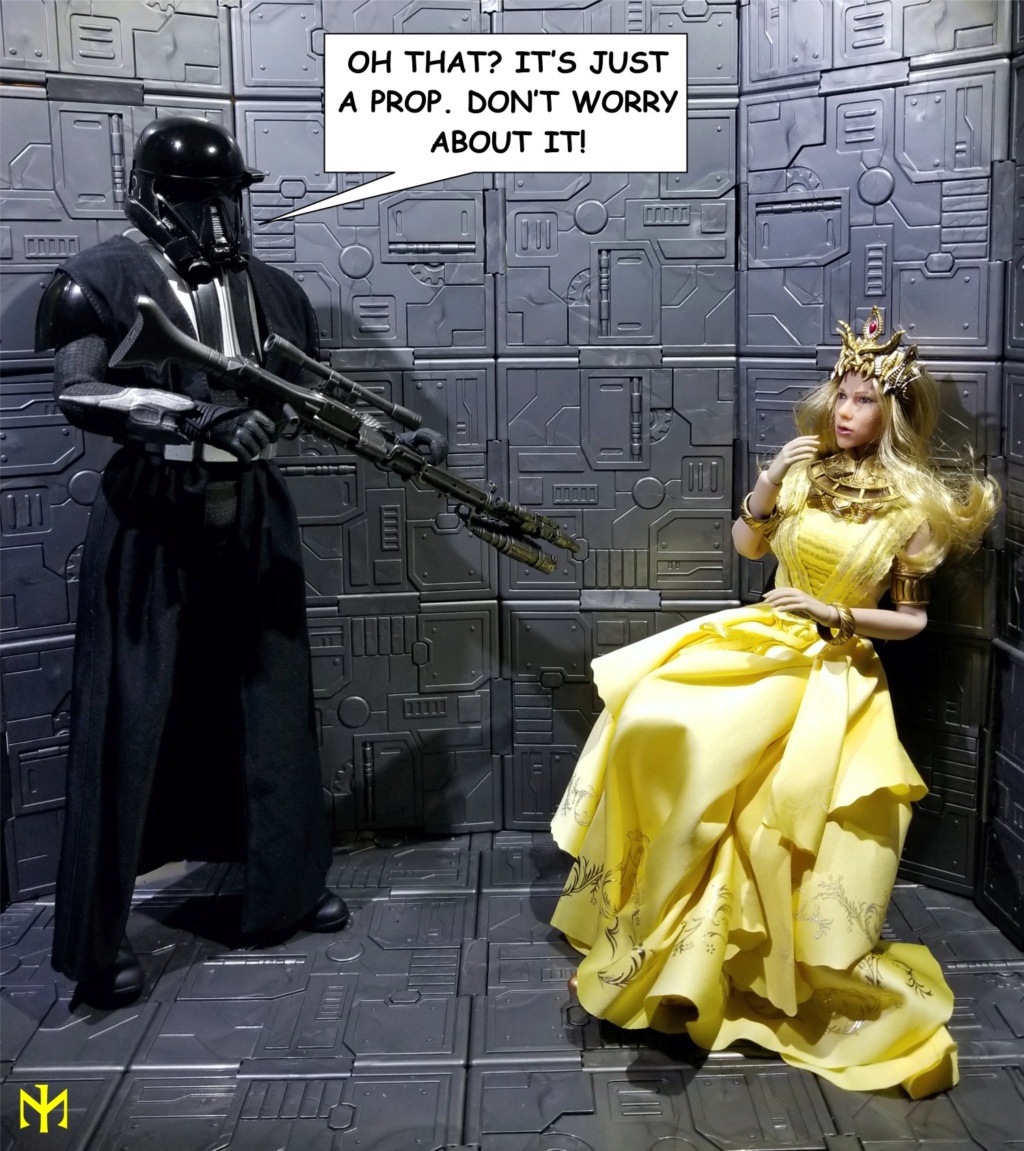 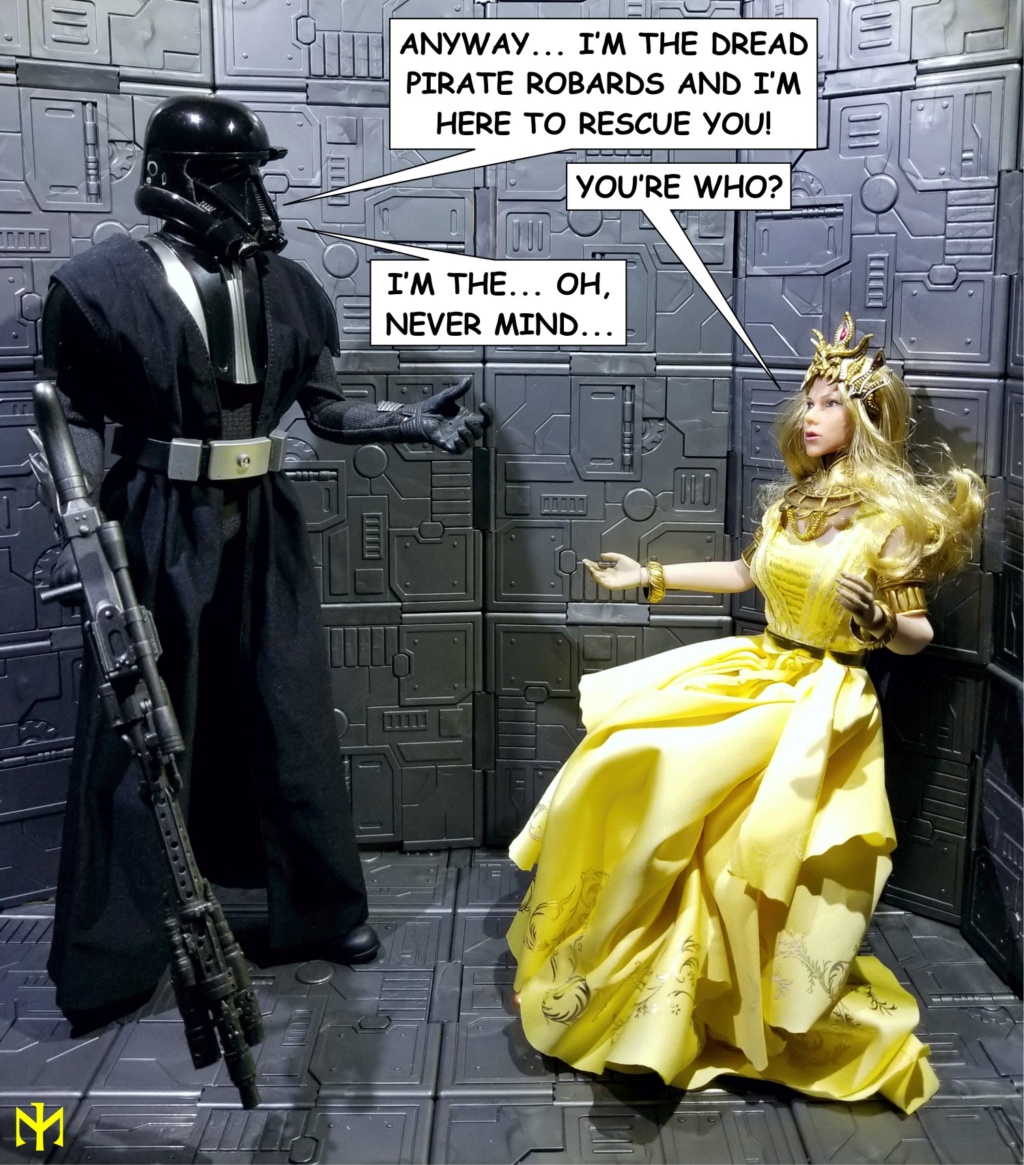 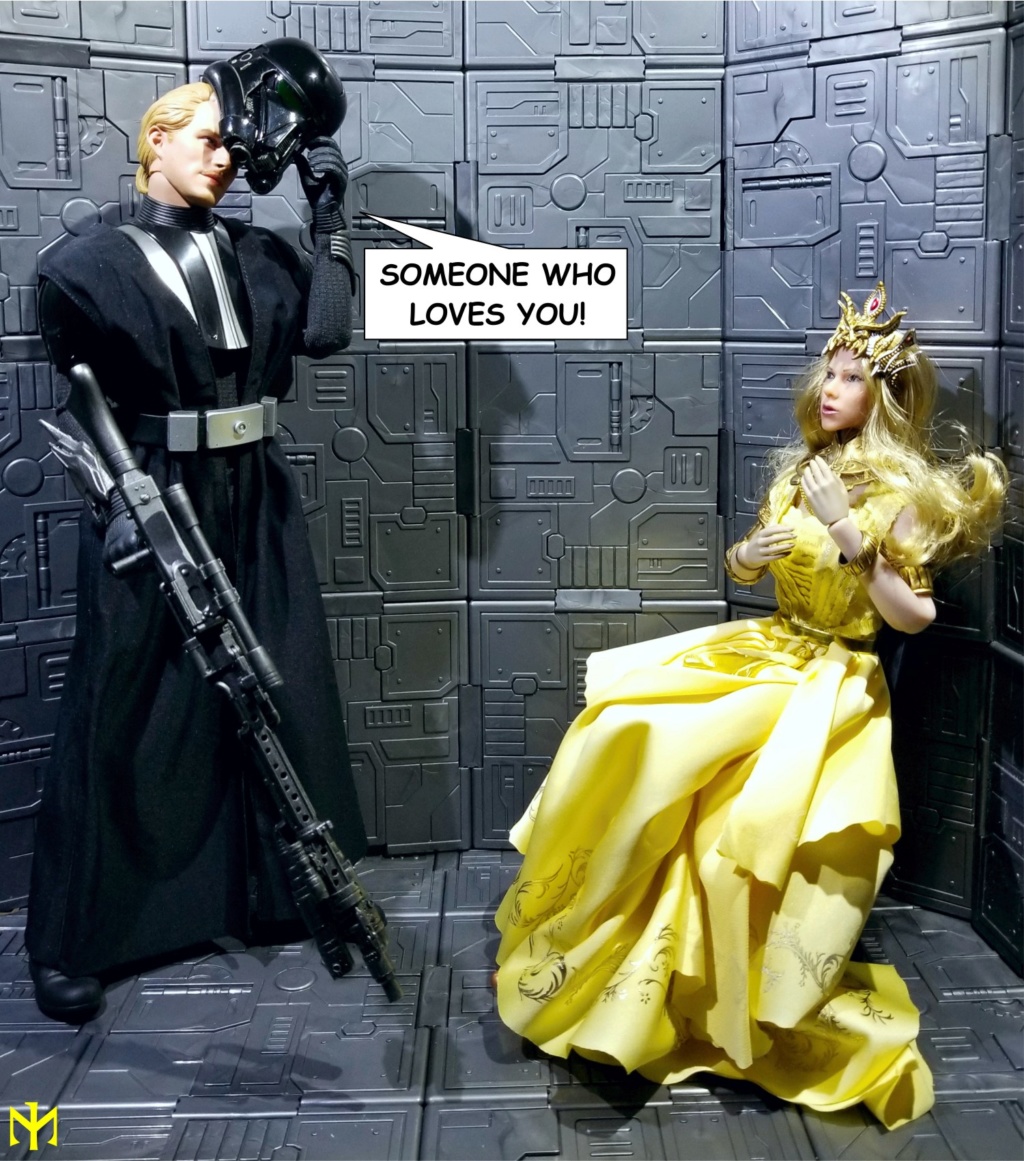 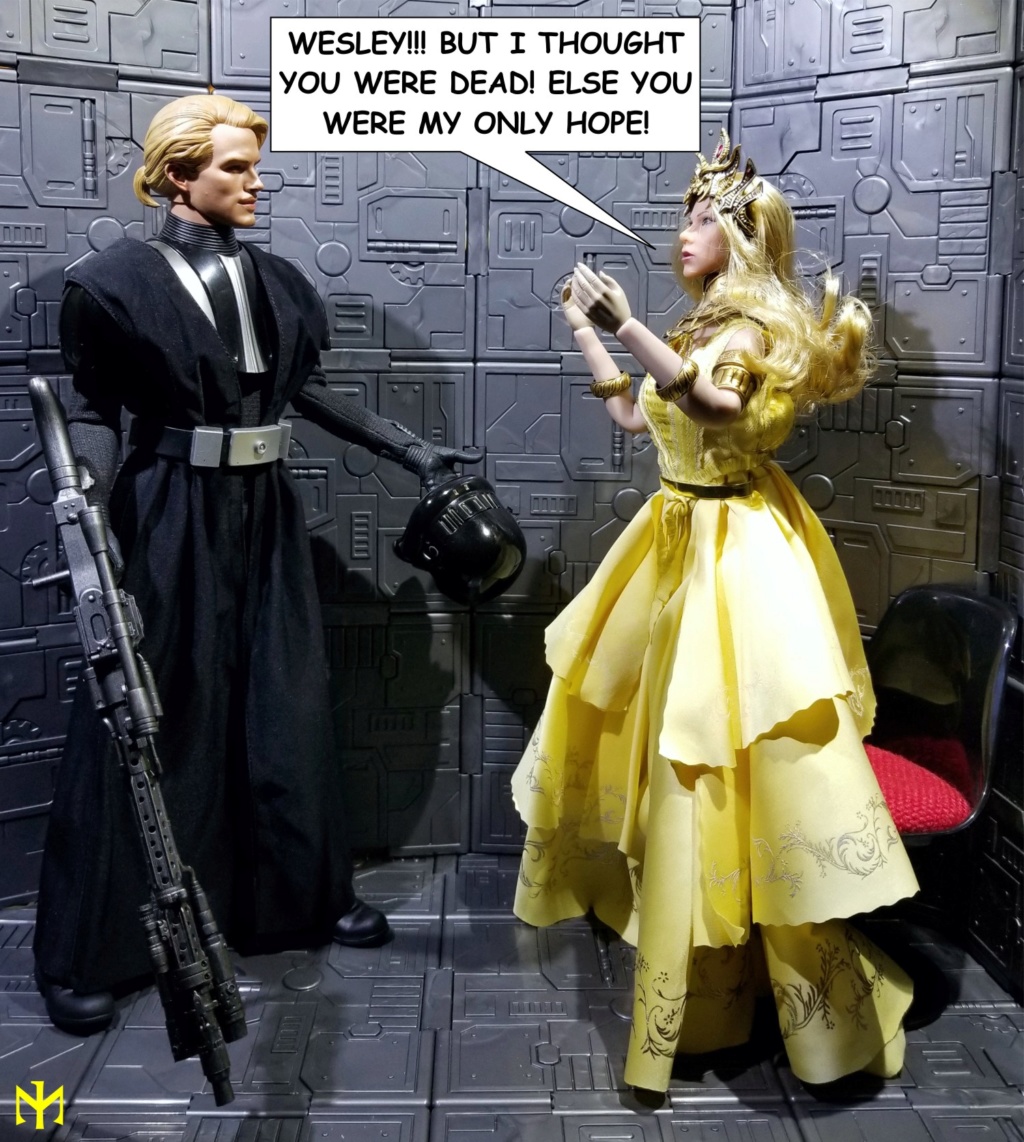 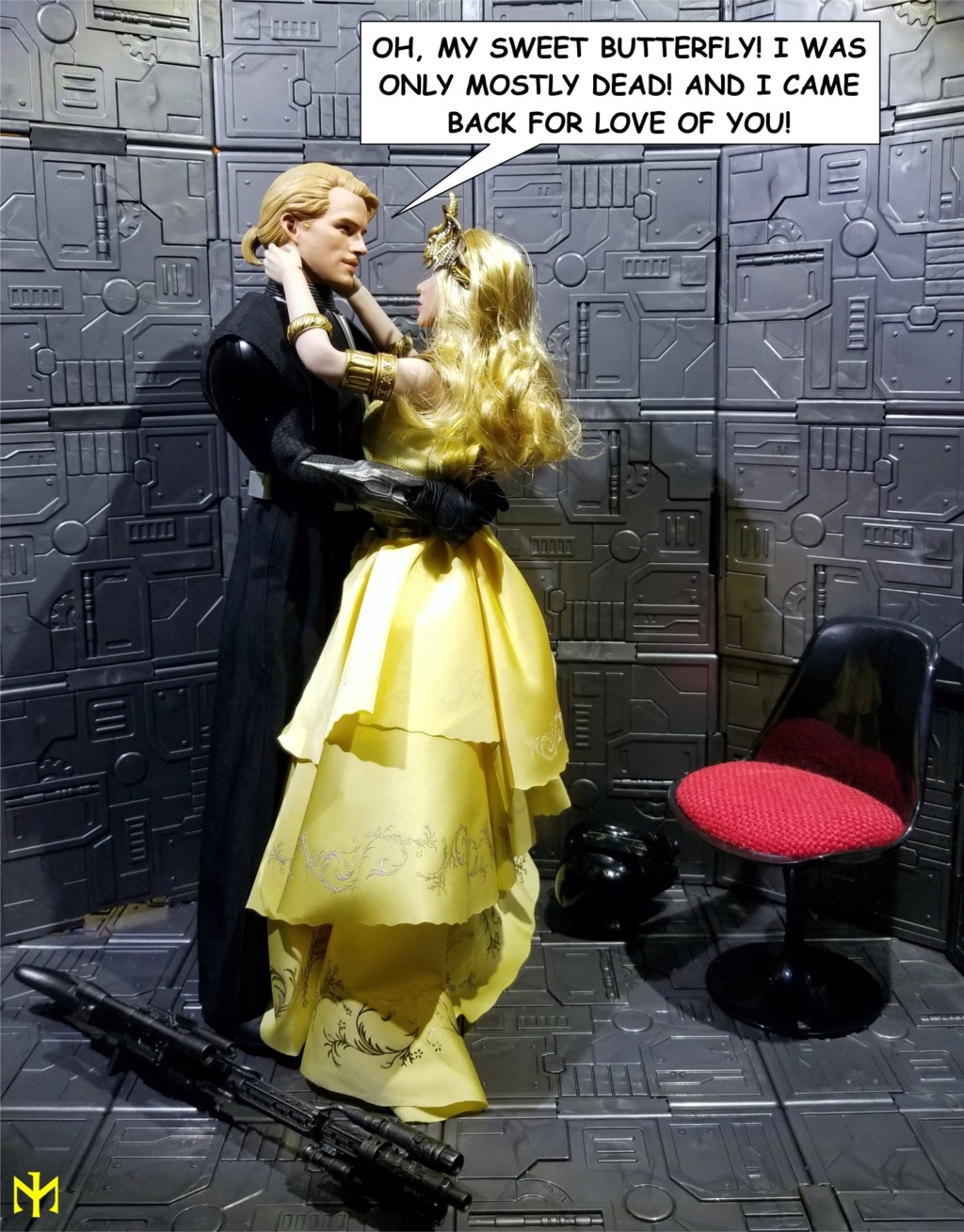 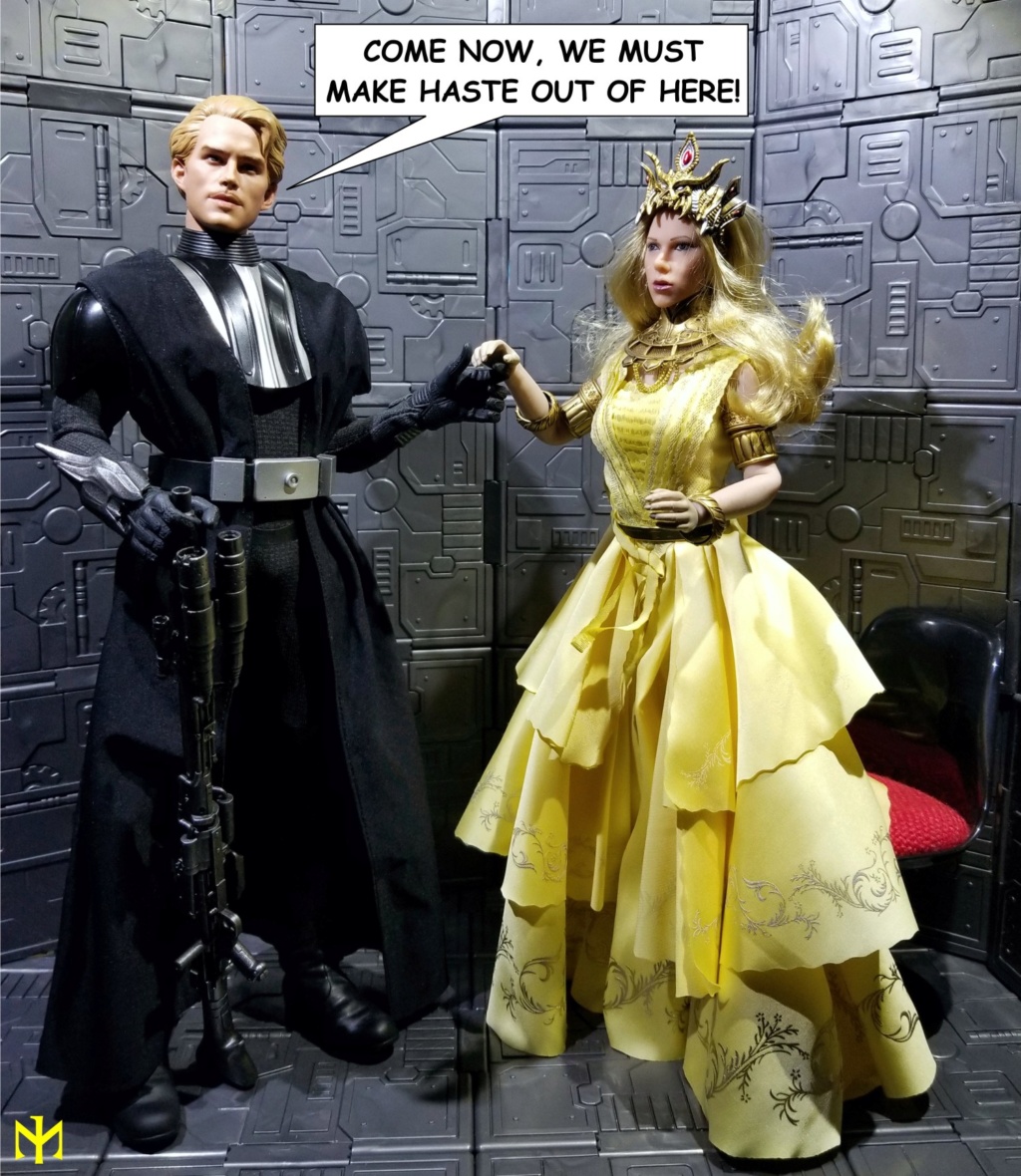 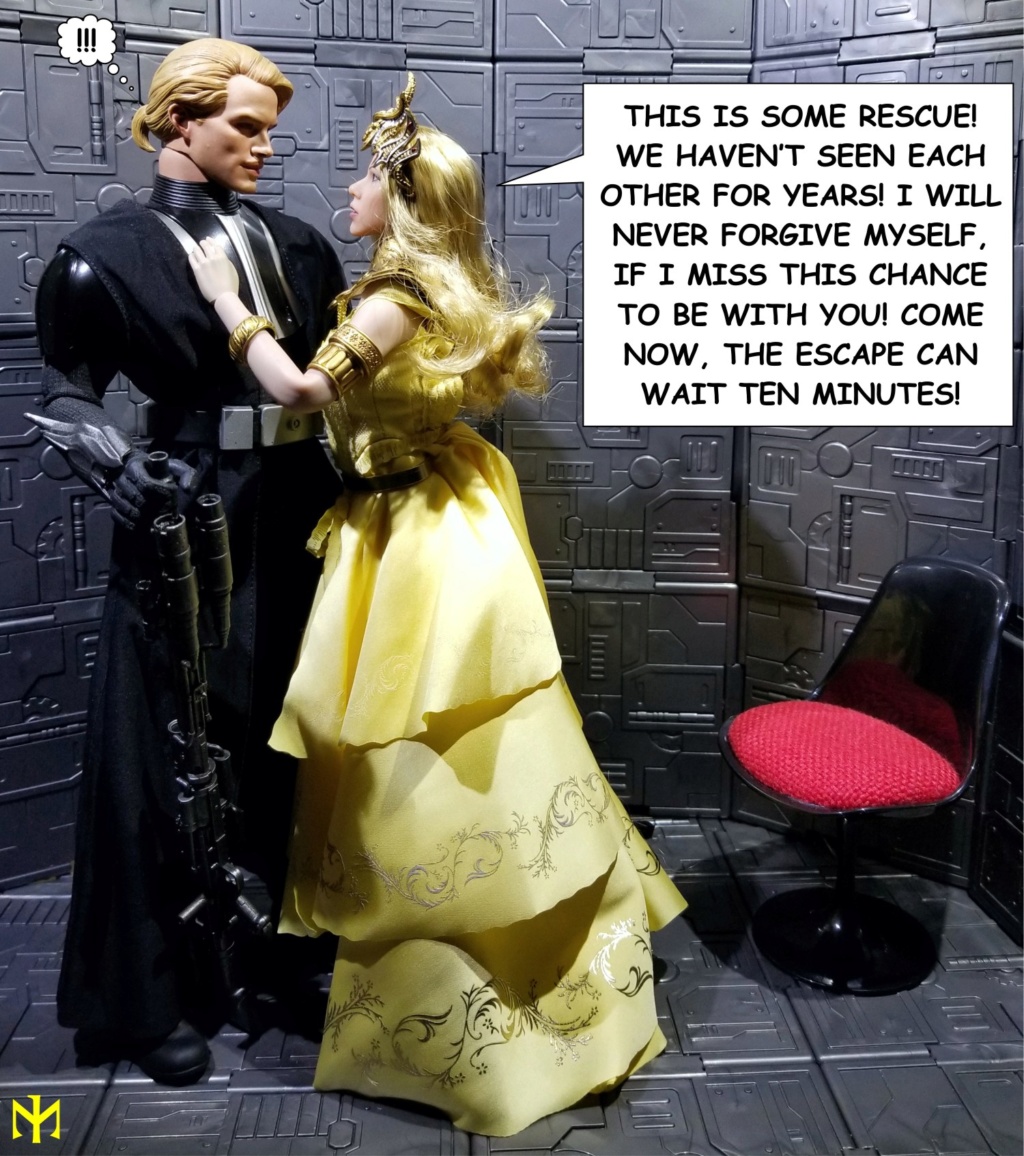 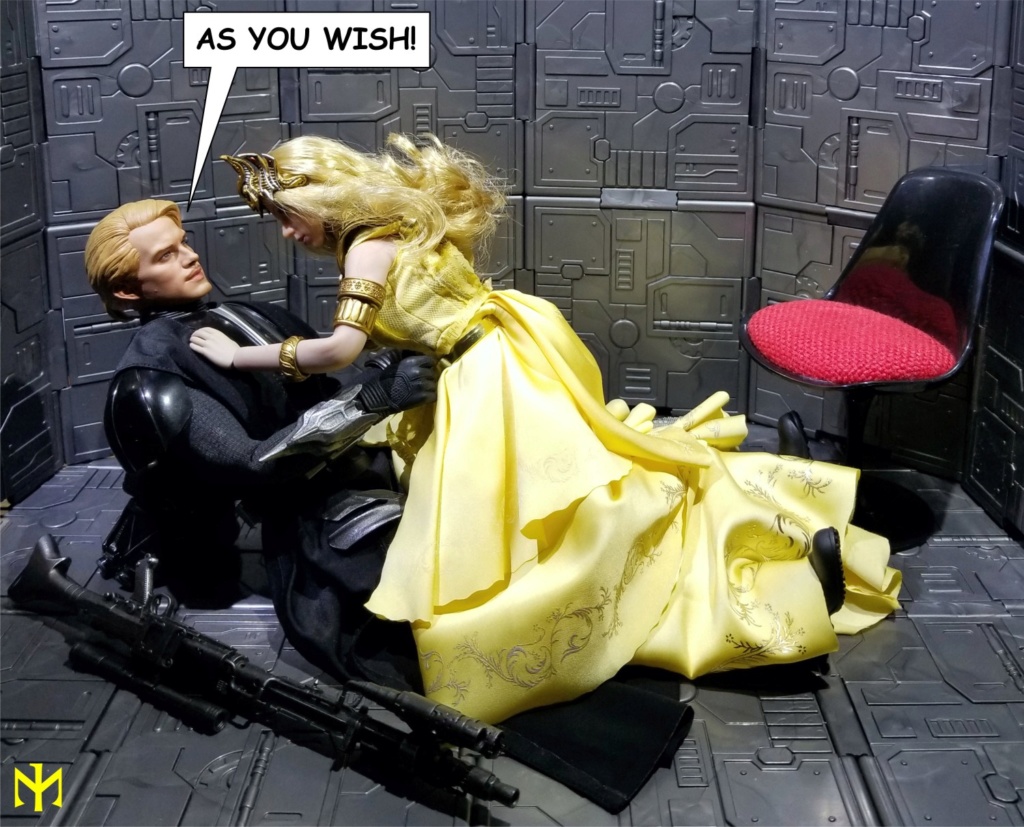 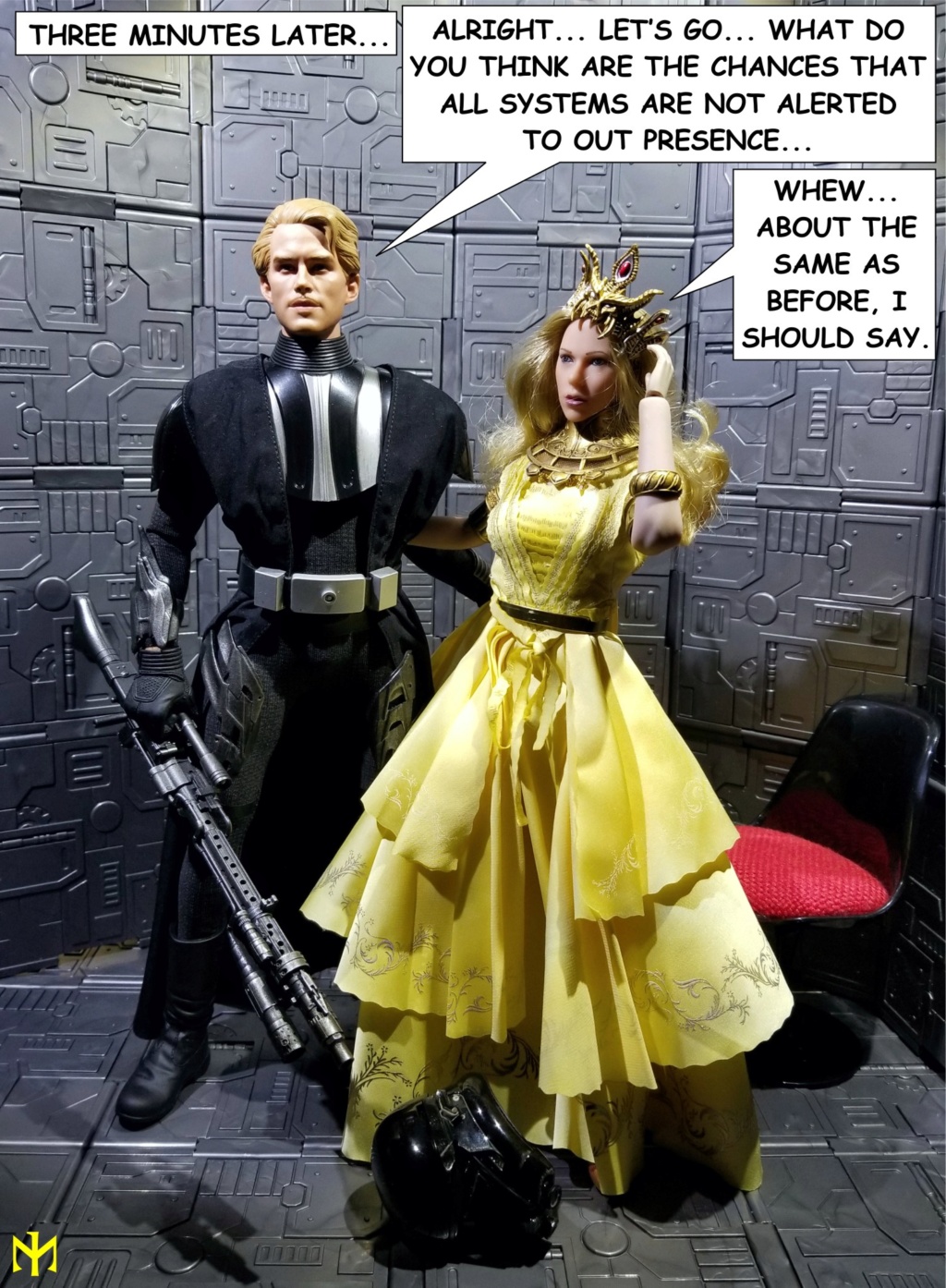 Bonus points (in 1/6 heaven) if you can identify what items arrived today to result in the spontaneous kitbash that became this photo story.

From the QMX wedsite:

Scaling the Cliffs of Insanity.
Wrestling Rodents of Unusual Size.
Battling Inigo Montoya, you killed my father, prepare to die.
It’s all in a day’s work when you're the Dread Pirate Roberts.

The cult classic 1987 film The Princess Bride has captured the hearts and minds of fans the world over. We include ourselves among them, which is why QMx is so excited to present you the first ever officially-licensed 1:6 scale articulated figure from the film: Westley, also known as The Dread Pirate Roberts.

This 1:6-scale figure re-creates the iconic character in exquisite detail. Standing approximately 12 inches tall, every element, from his pirate’s tunic to his rapier, is authentically reproduced. He has two different heads; The masked Dread Pirate Roberts and the unmasked Westley - both with the authentic, hand-painted likeness of Cary Elwes.

The QMx Westley 1:6 Scale Articulated Figure includes:
Fully Articulated Body. More than 30 points of articulation allow the figure to be displayed in multiple dynamic poses.
Two Realistic Portraits. Lovingly rendered by QMx's team of top sculptors, the heads have an exacting likeness of Cary Elwes as both the romantic Westley and as the heroic Dread Pirate Roberts (mask and head scarf are not removable). Each head sculpt is hand-painted.
Black Pirate Costume. Includes a puffy pirate shirt and black pants – both painstakingly crafted replicas of the movie outfit.
Sword belt. A leather-like sword belt with electroplated buckles and a sword hanger for Westley’s weapon.
Pirate Boots. For firm footing when wrestling giants.
Pirate sword and scabbard. An electroplated sword, which can be wielded in either the left or right hand (critical for those who have studied their Agrippa), fits nicely in its scabbard.
Wine goblet. Never go in with a Sicilian… without the proper wine cup.
Hands: Seven gloved hands and two bare hands are included for assorted swashbuckling activities.
Display Base: A round display base featuring the Princess Bride logo. It will hold up the figure (even when mostly dead). 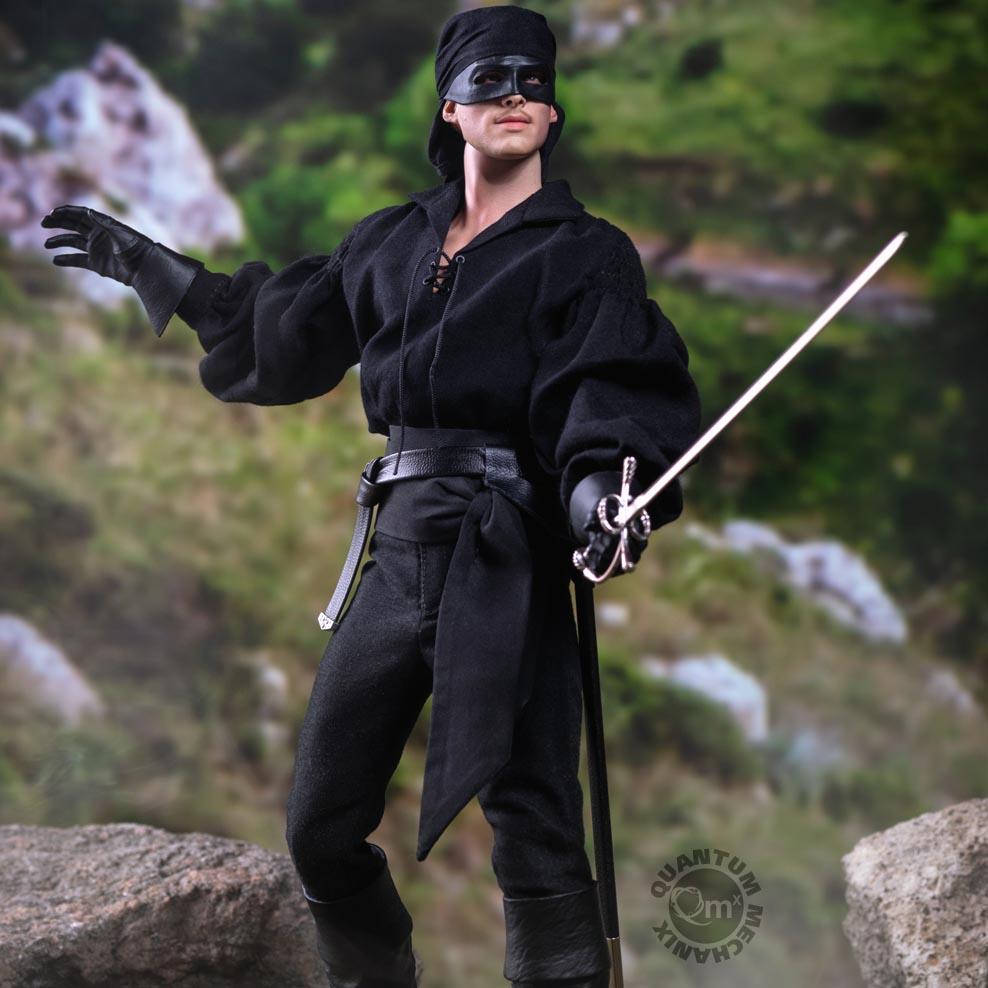 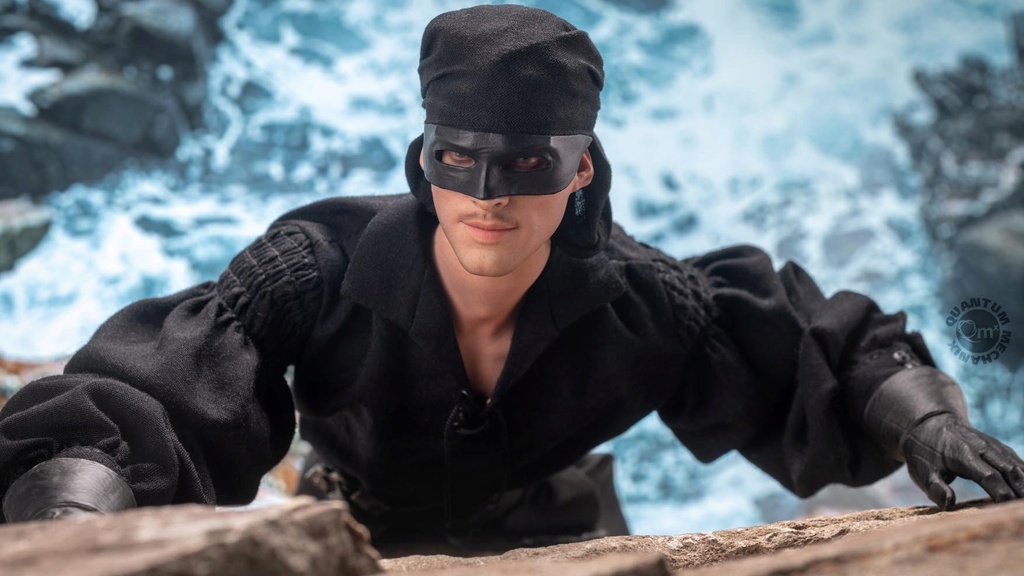 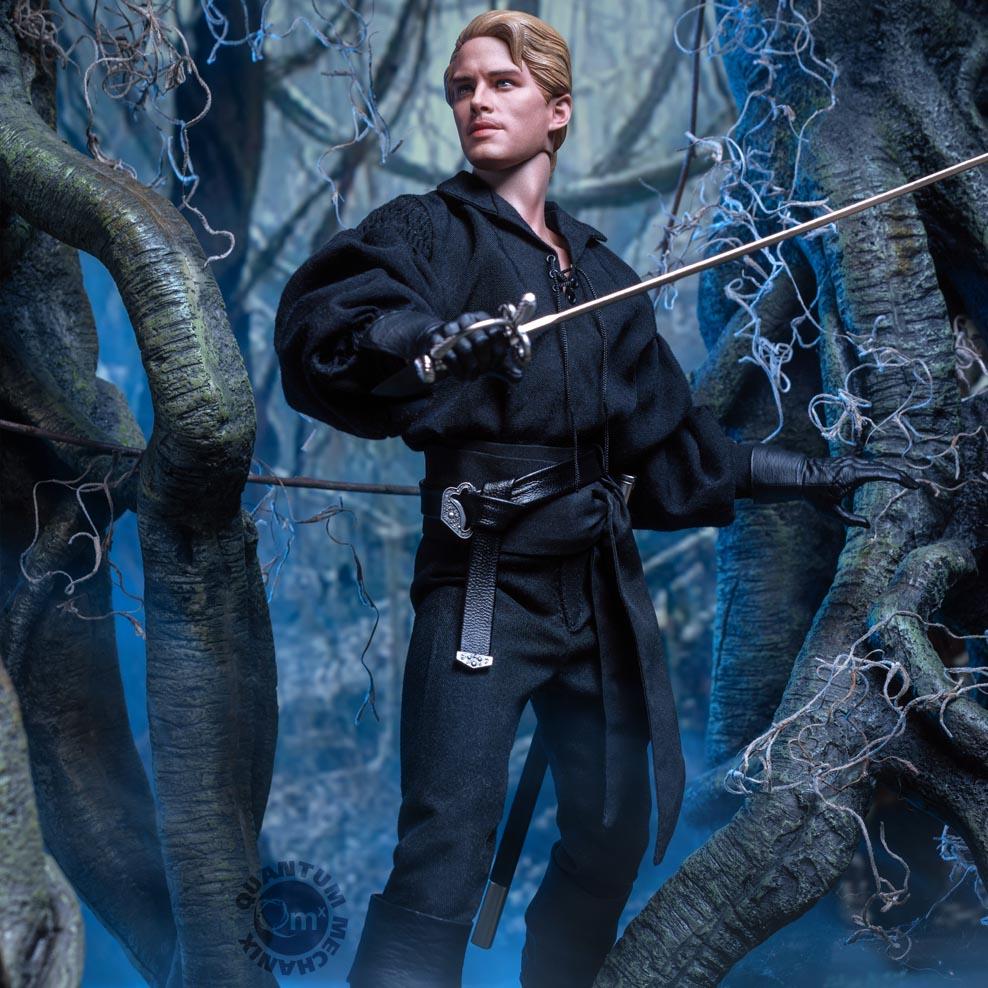 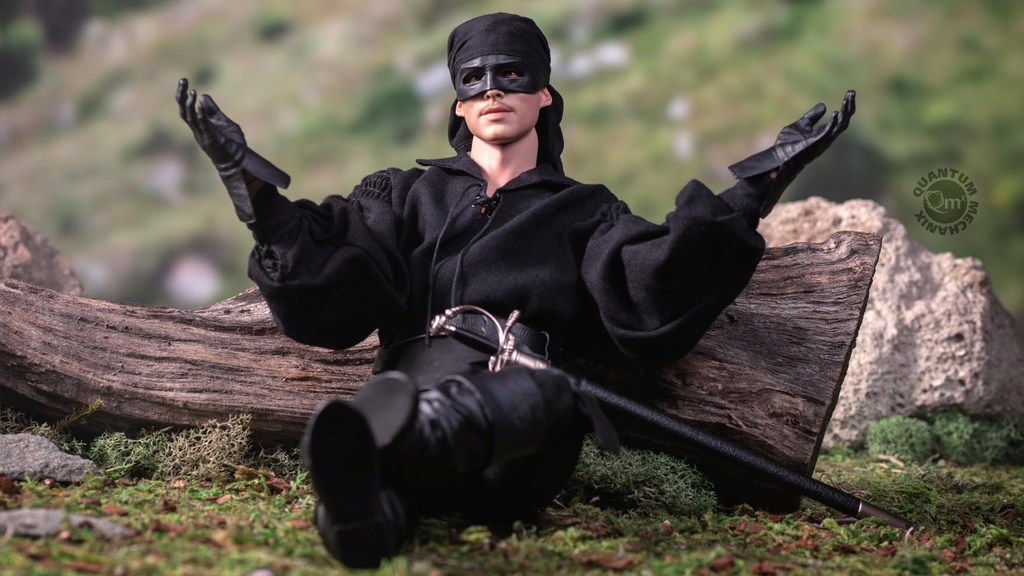 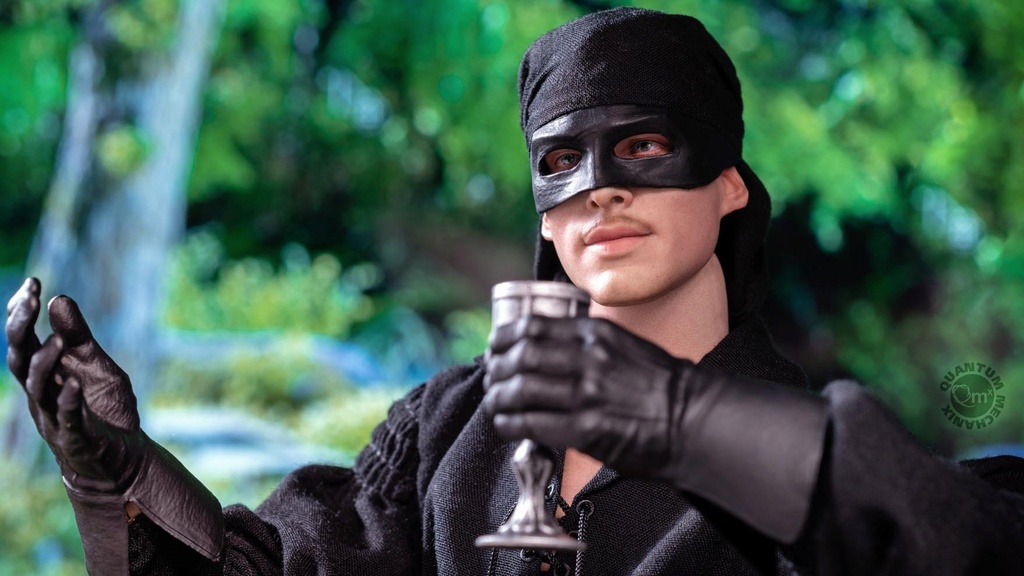 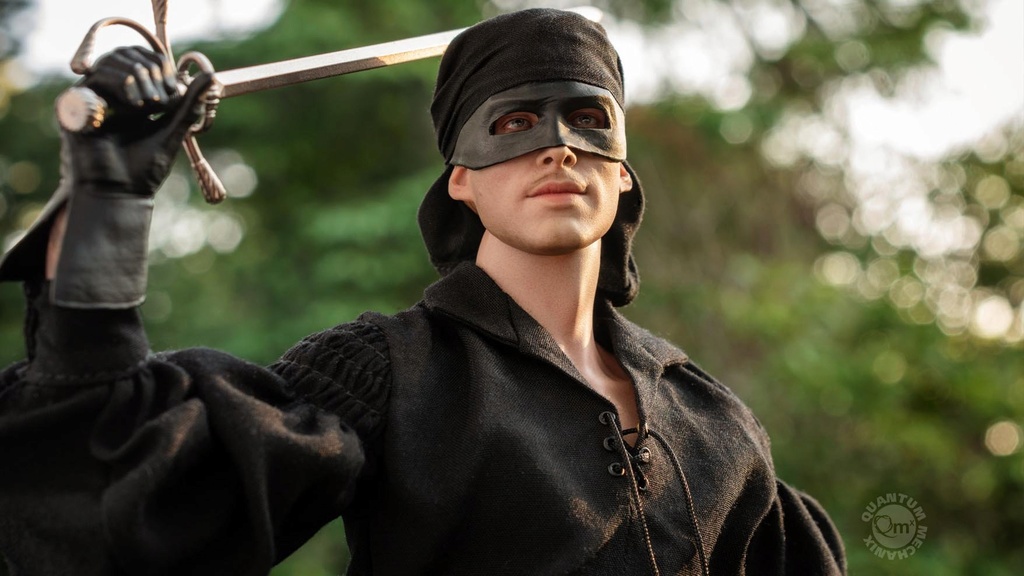 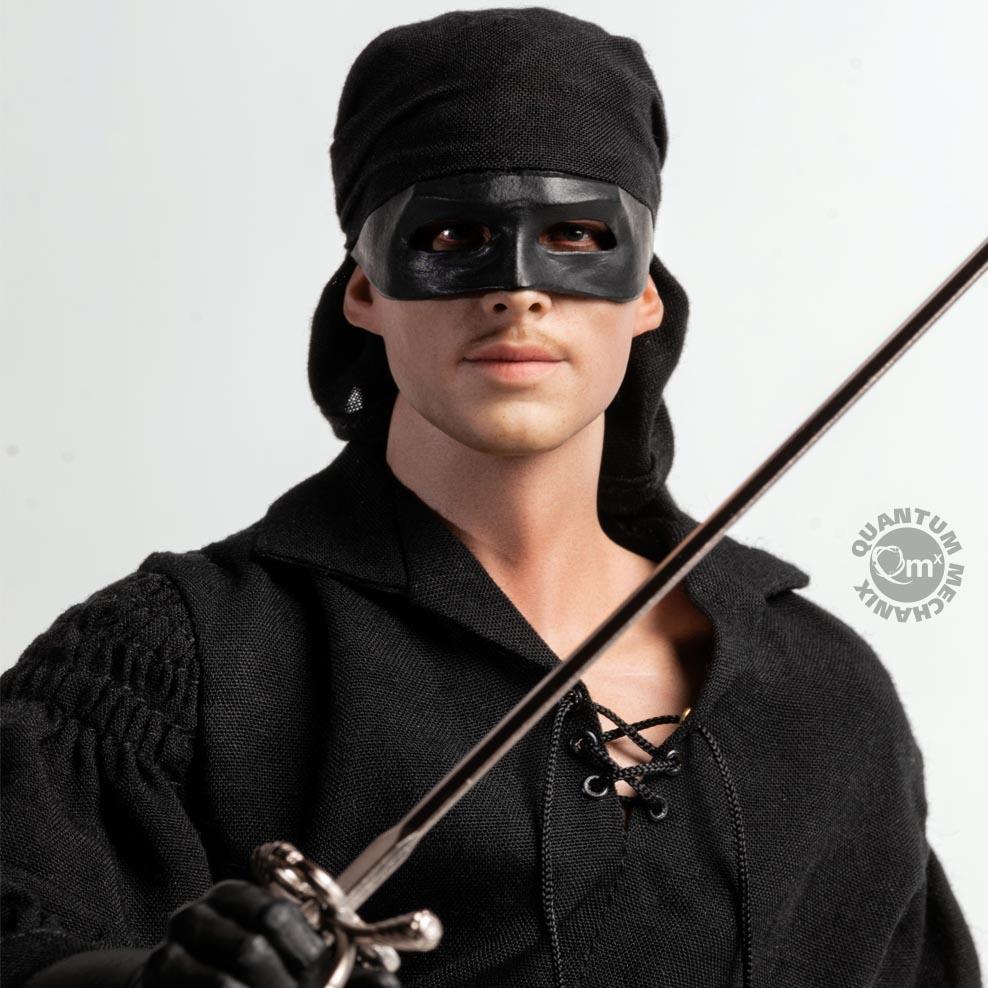 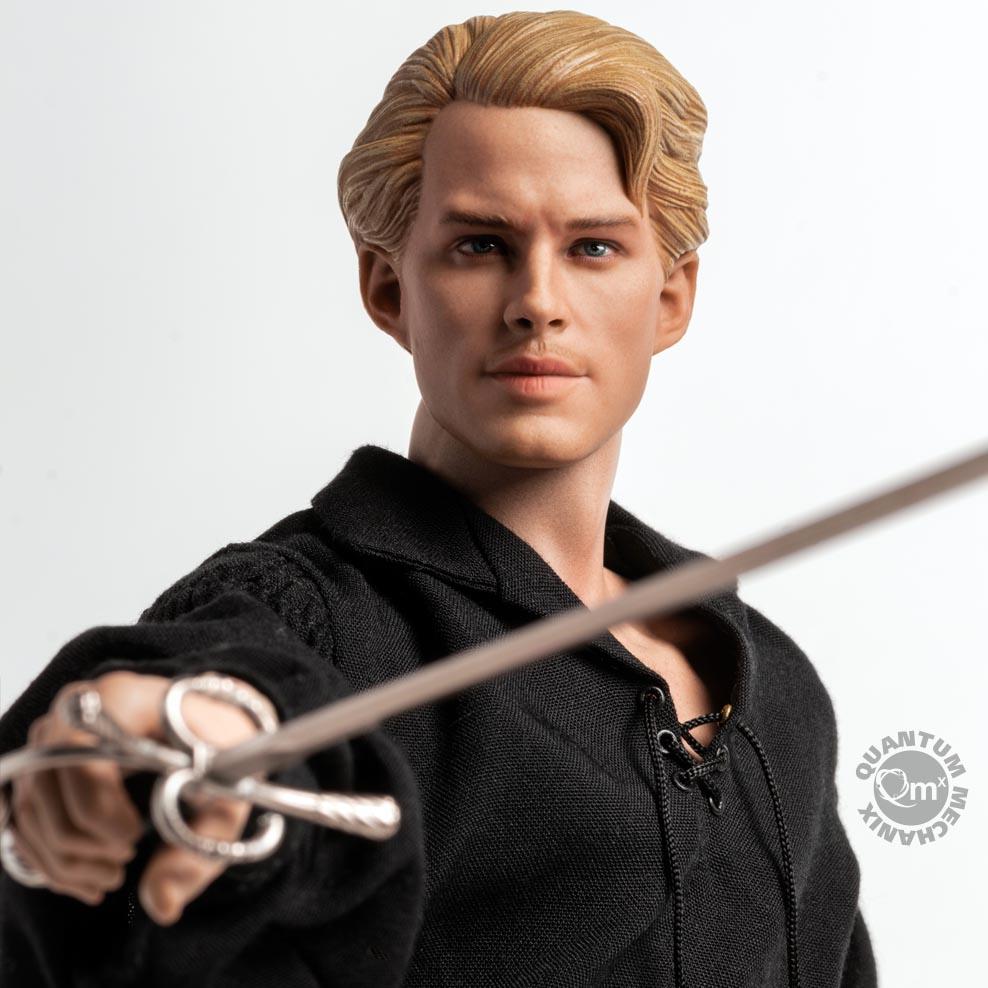 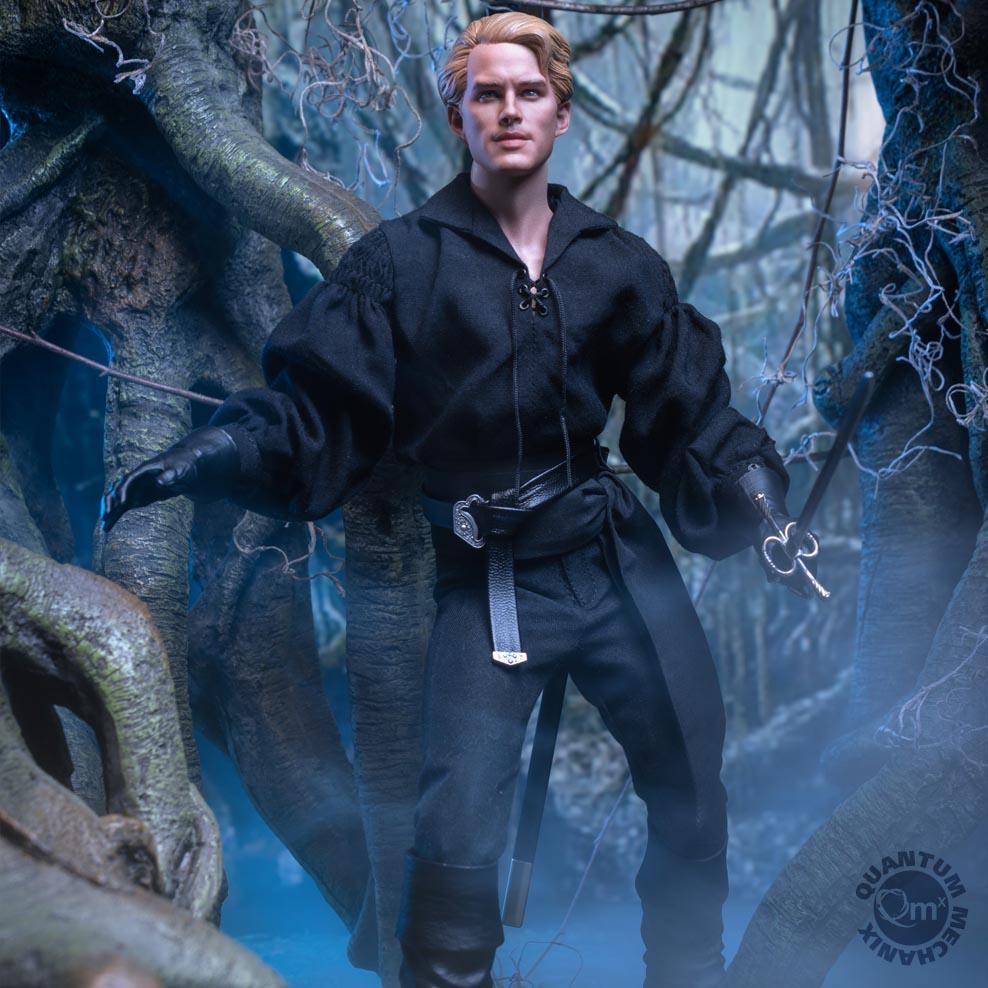 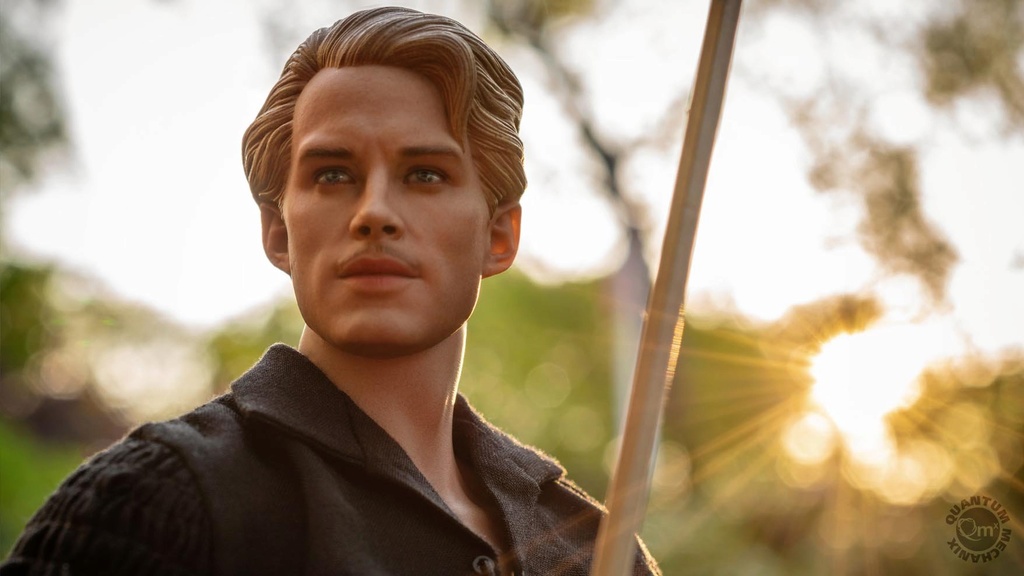 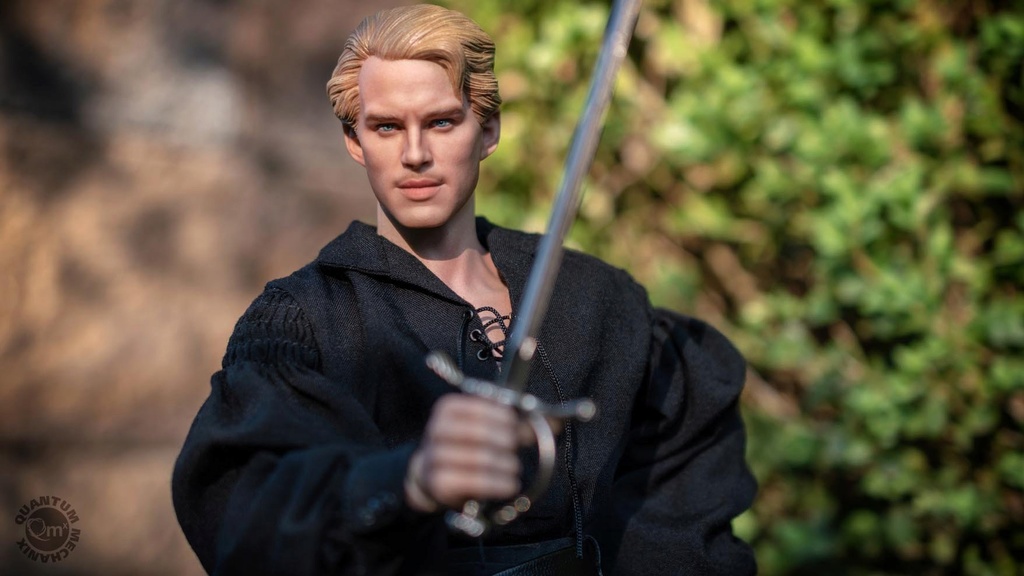 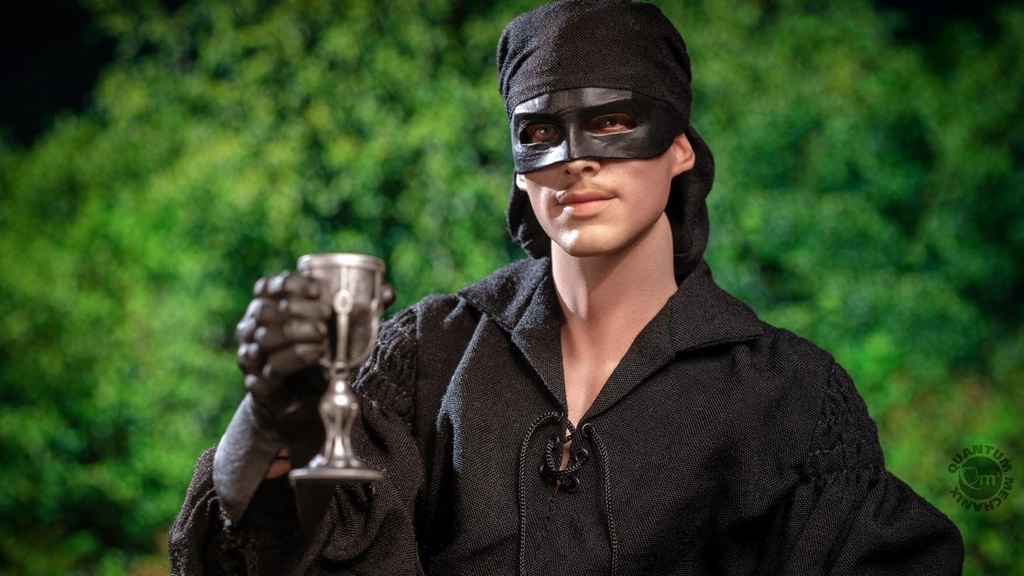 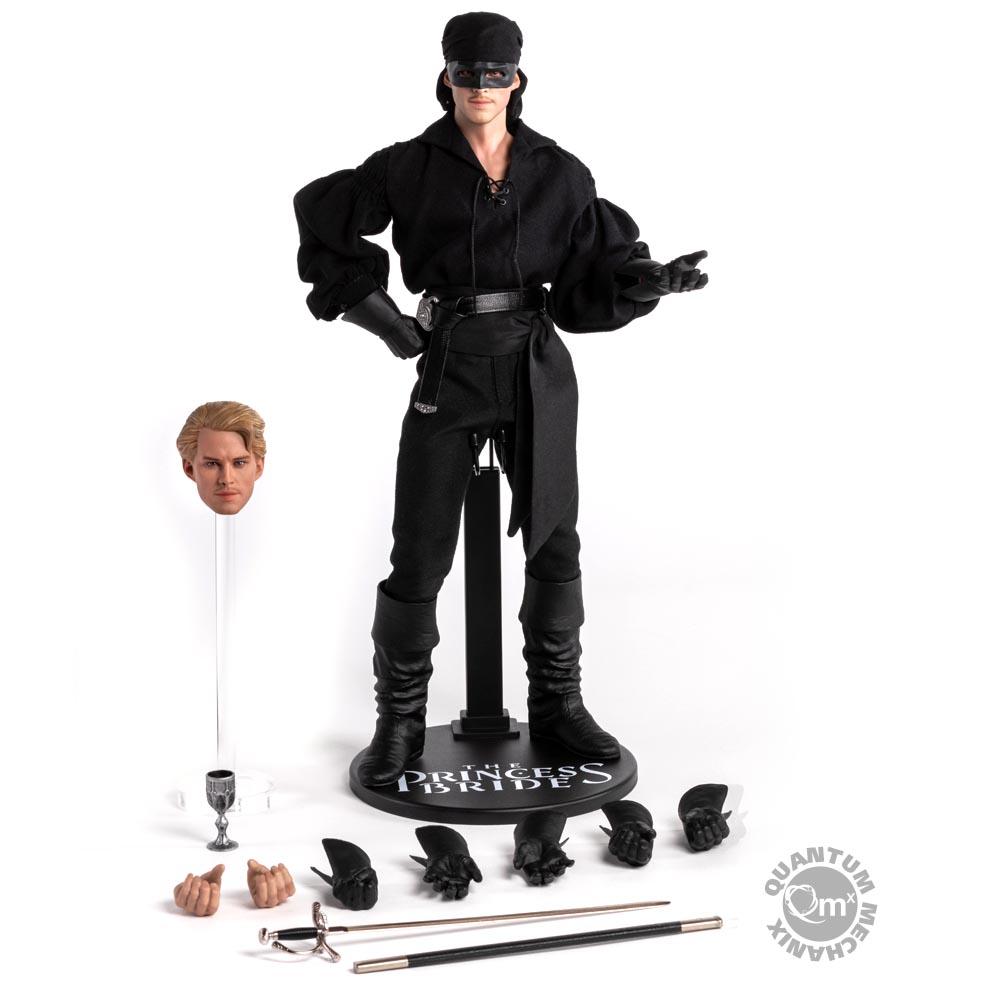