After the Avengers devise a plan to travel back in time and gather up the six Infinity Stones so they can use them to undo the snap. The Avengers split up, with Captain America, Iron Man, Ant-Man, and Bruce Banner revisiting the Battle of New York in 2012, which took place in The Avengers. Blocking Cap’s efforts to get his hands on the Mind Stone from Loki’s scepter is Captain America himself. The Super-Soldier is forced to fight his 2012 counterpart.

To mark the beginning of 2020, Hot Toys is excited to introduce today the 1/6th scale collectible figure of Captain America, who continues to be an adored and popular super hero in the Marvel Cinematic Universe. This newly debuted 2012 Version specially highlights his hero suit back in 2012, for fans to recreate the impressive scene with Captain vs. Captain in Avengers: Endgame!

Accessories:
- One (1) Loki’s scepter (can be placed inside the carrier)
- One (1) silver-colored scepter carrier (openable)
- A movie-themed figure stand with movie logo and character name 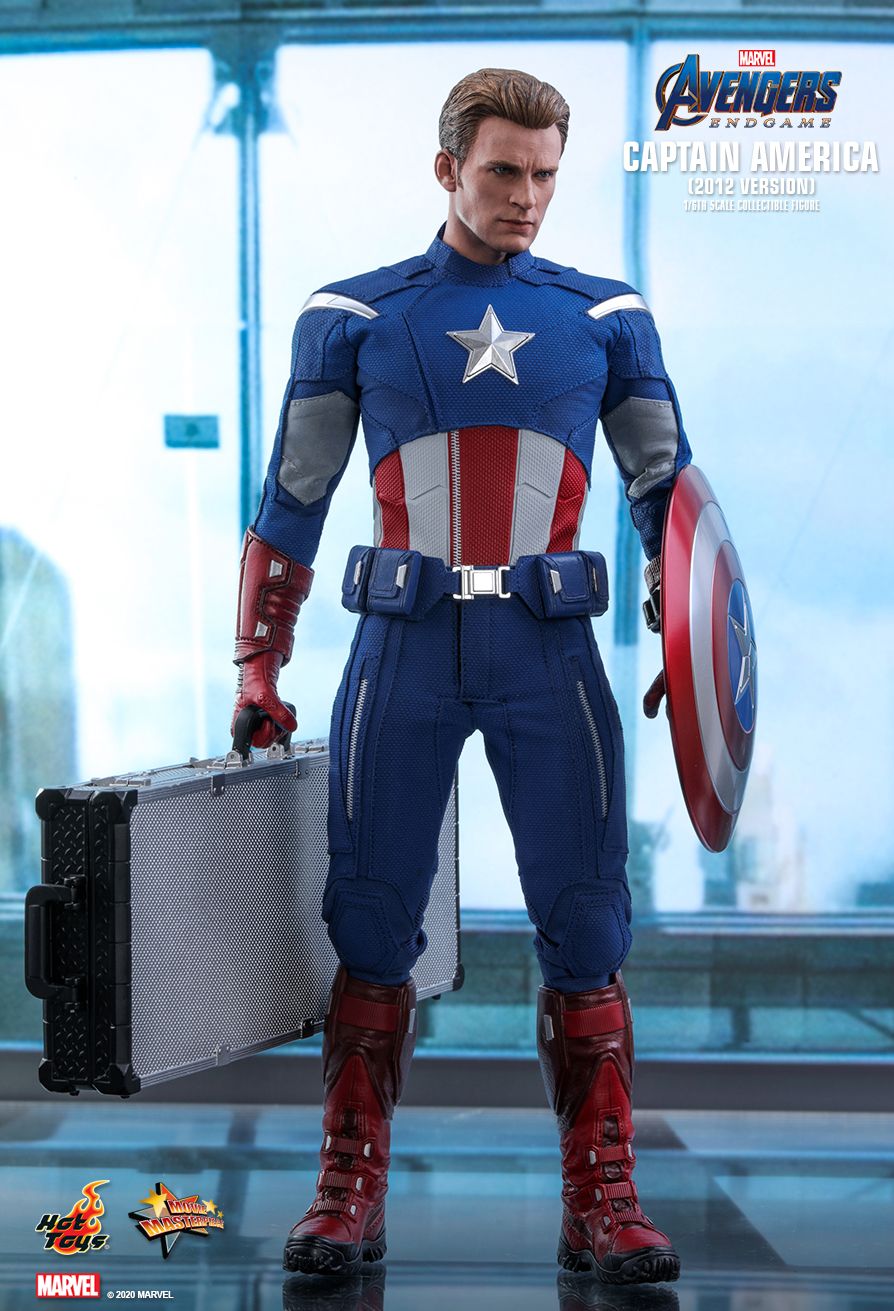 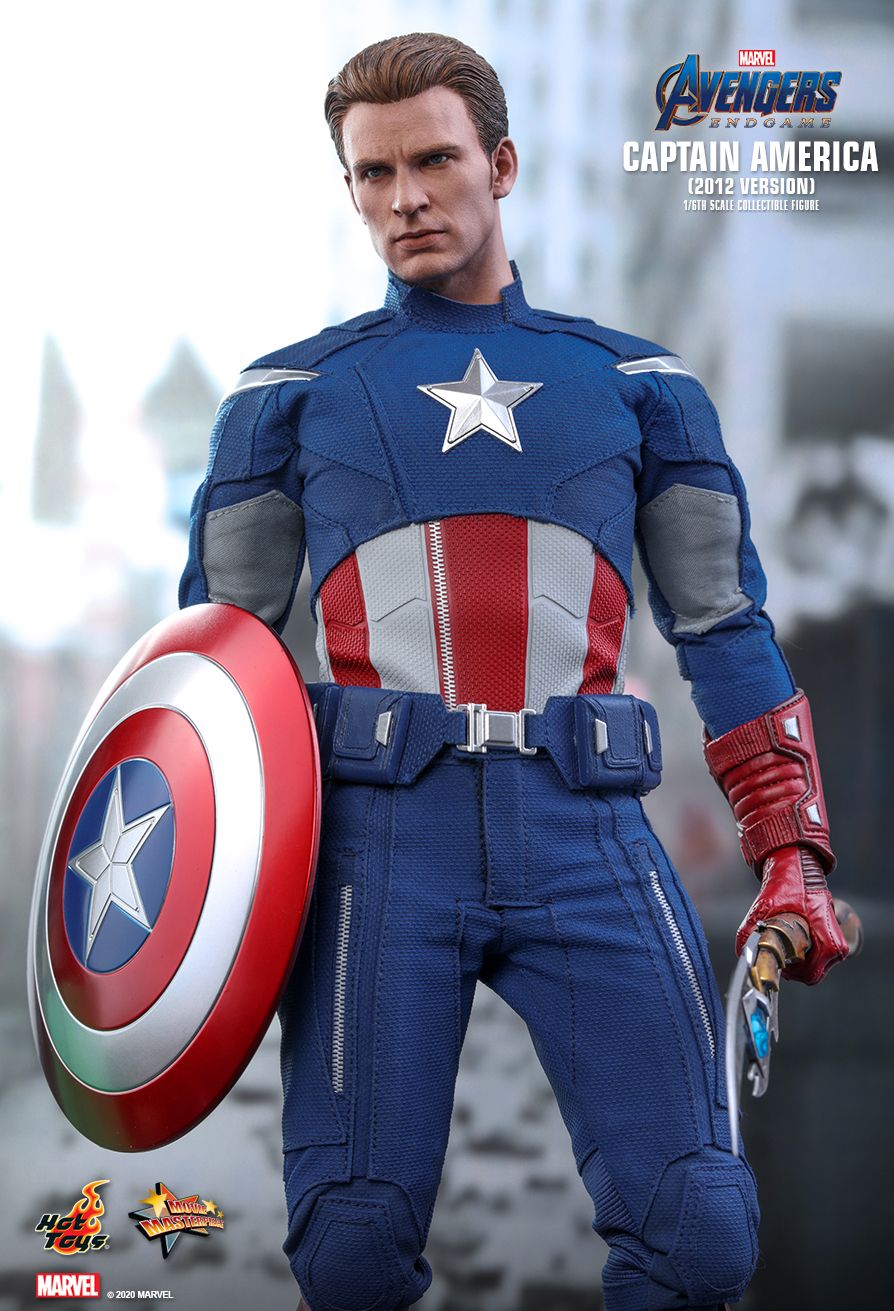 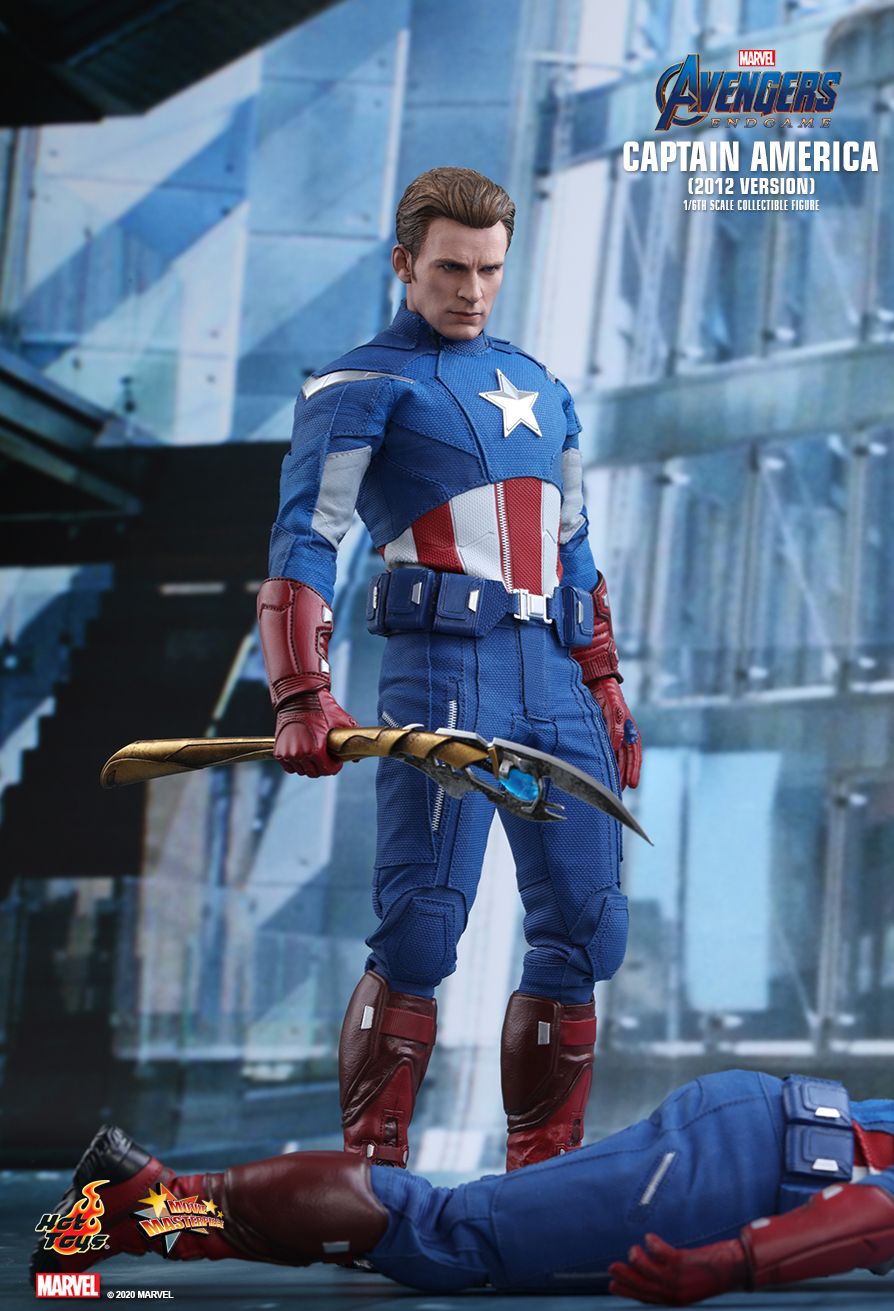 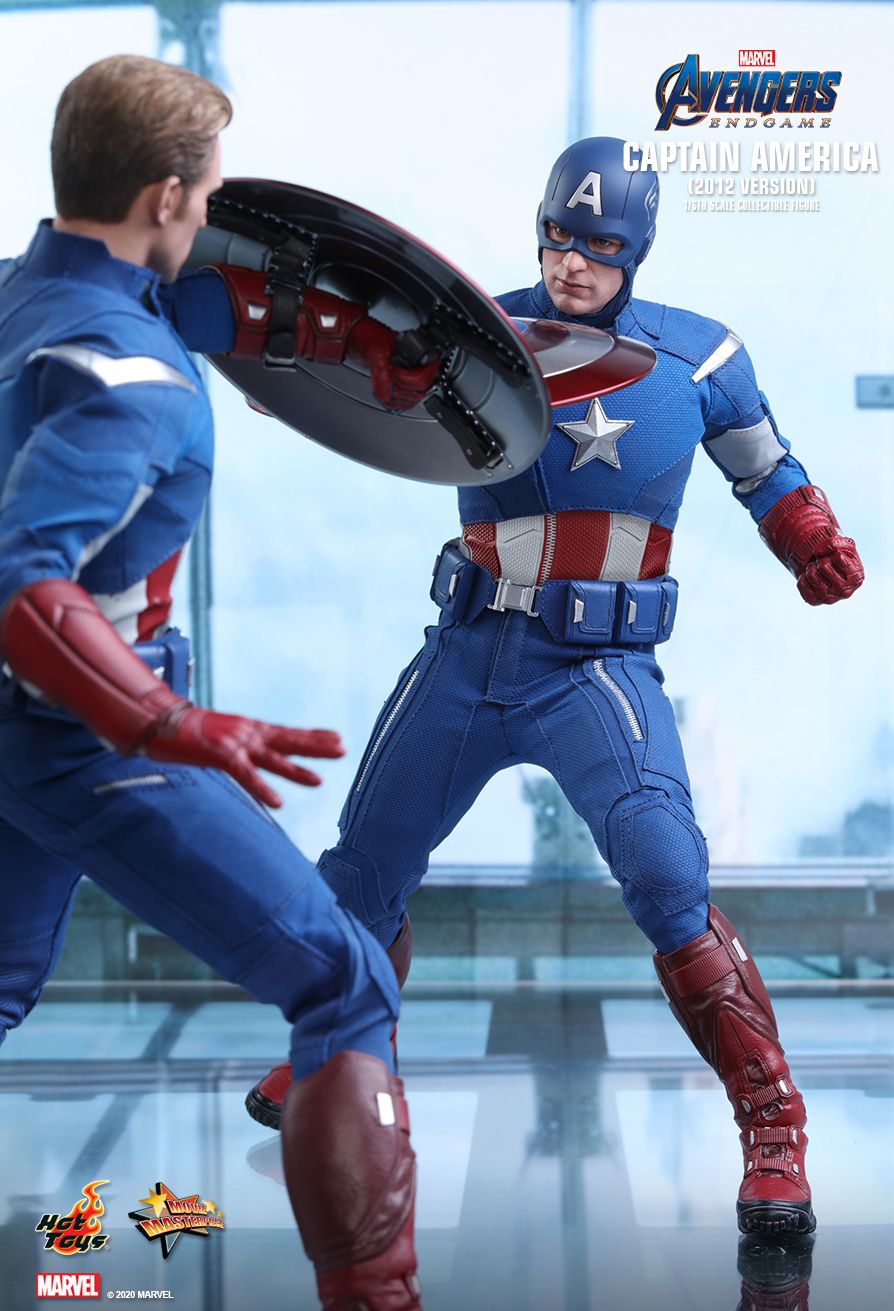 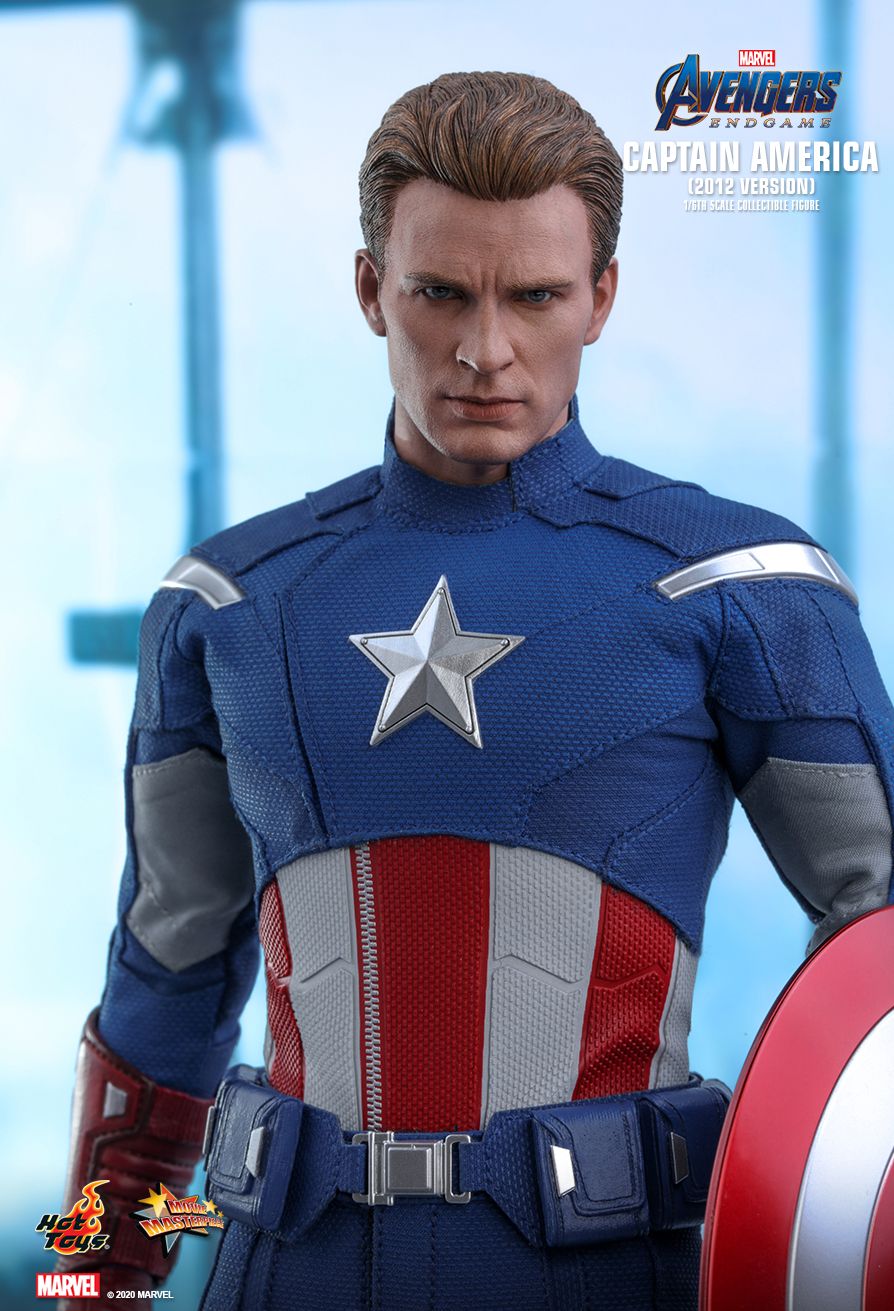 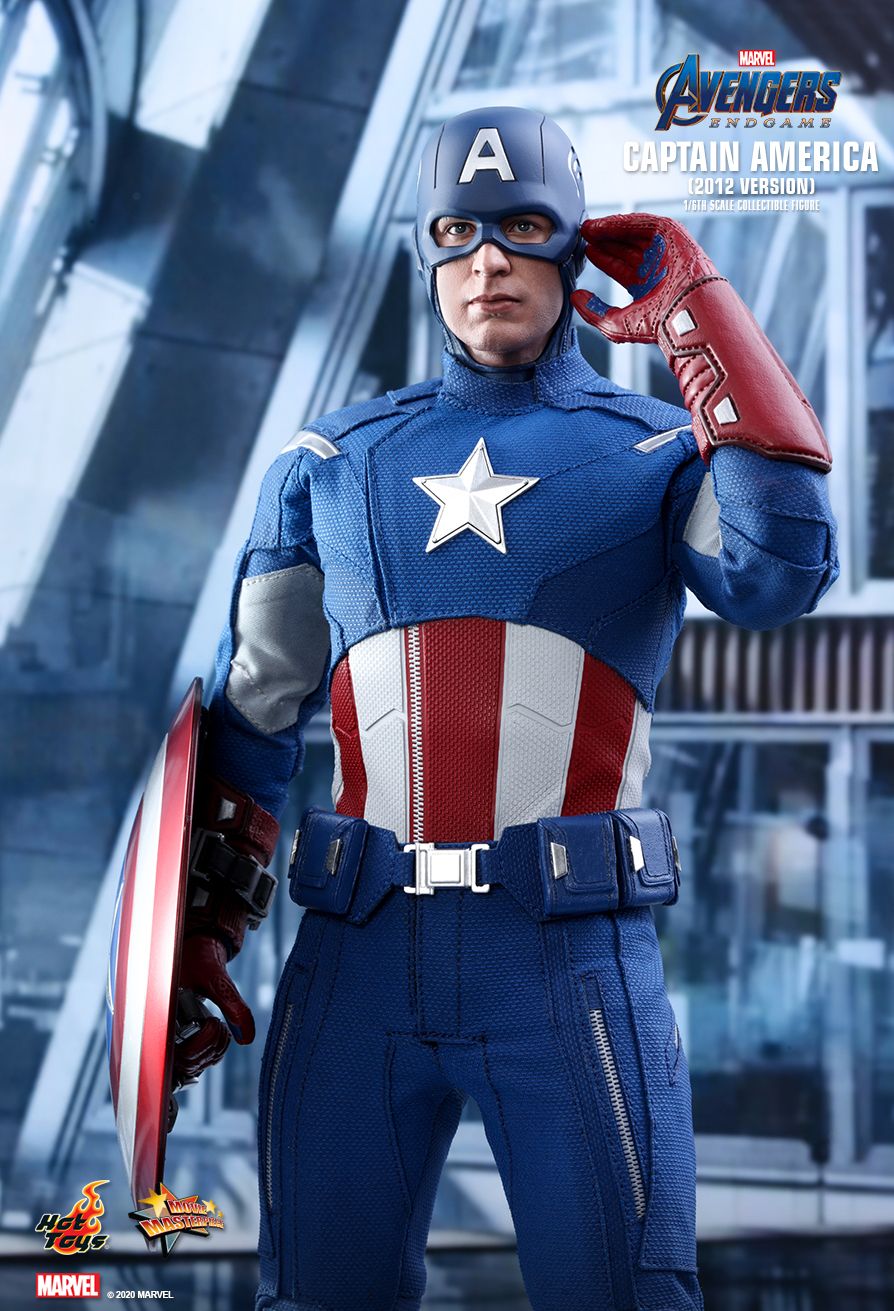 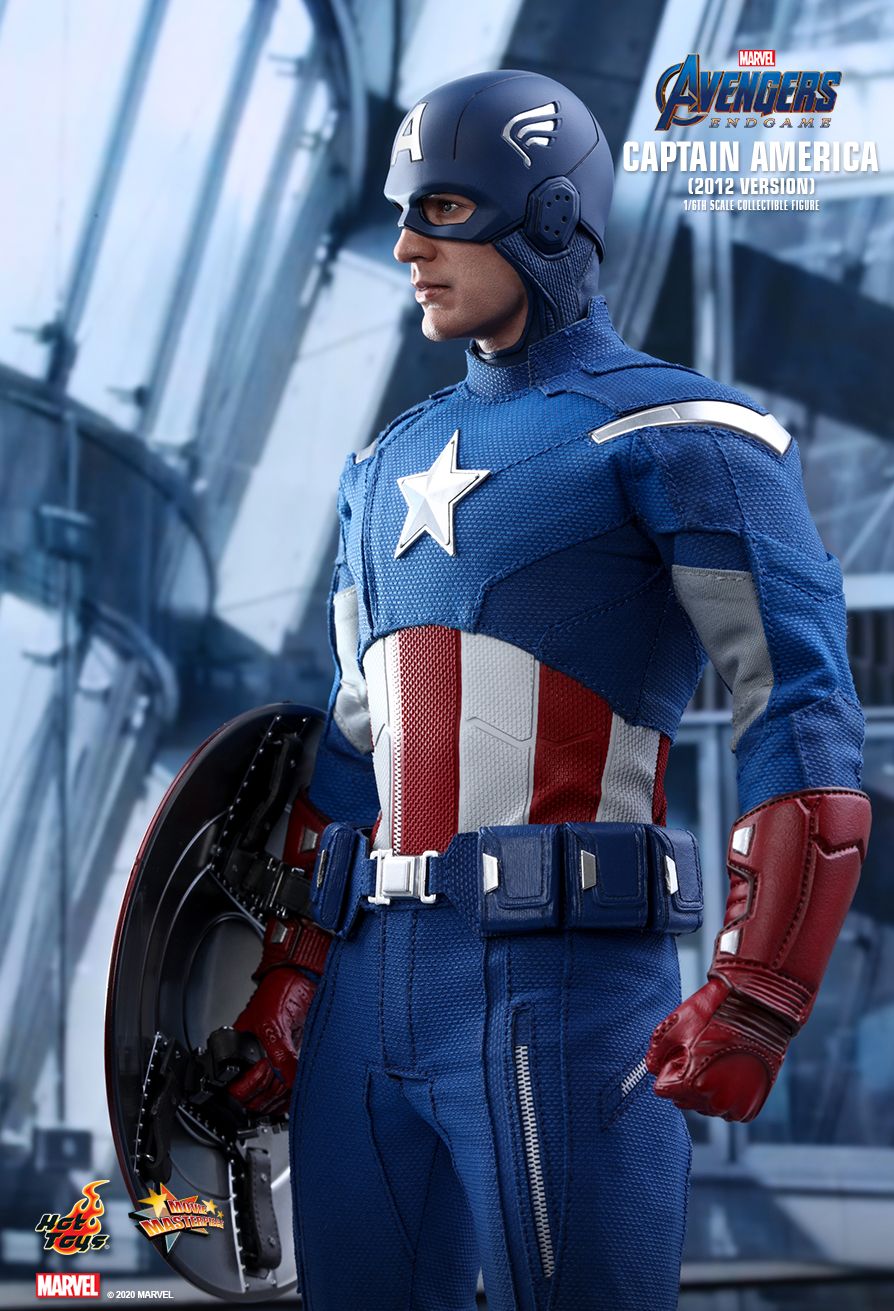 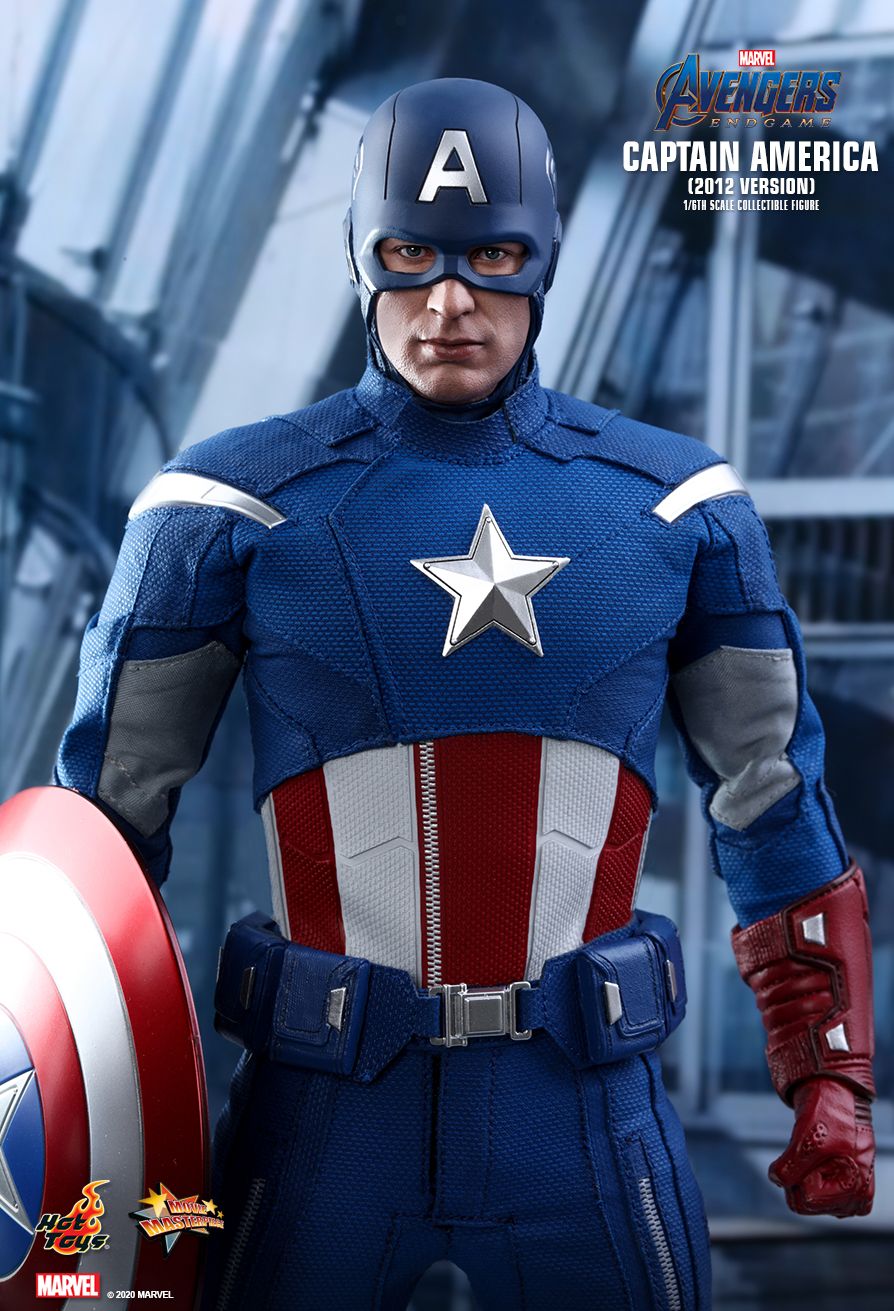 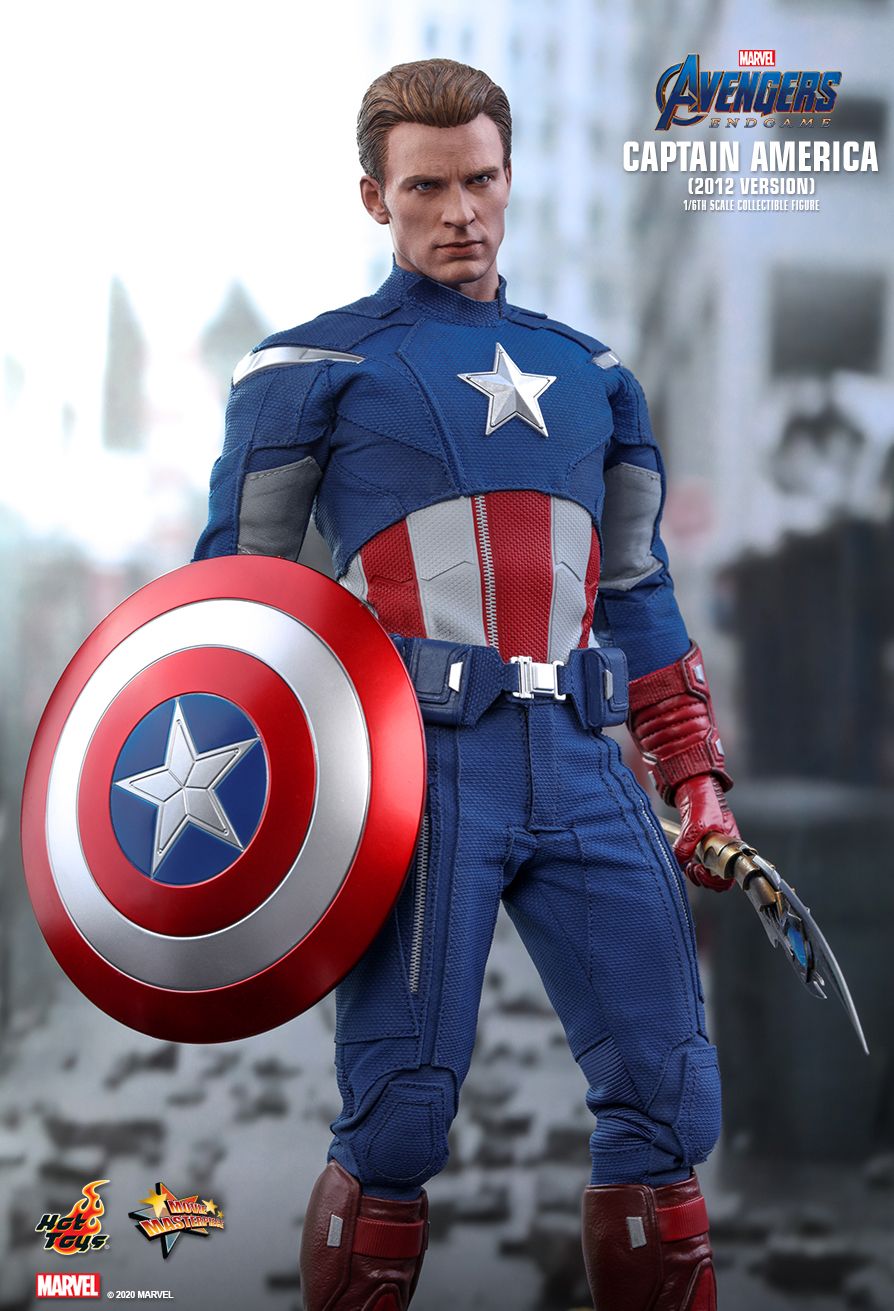 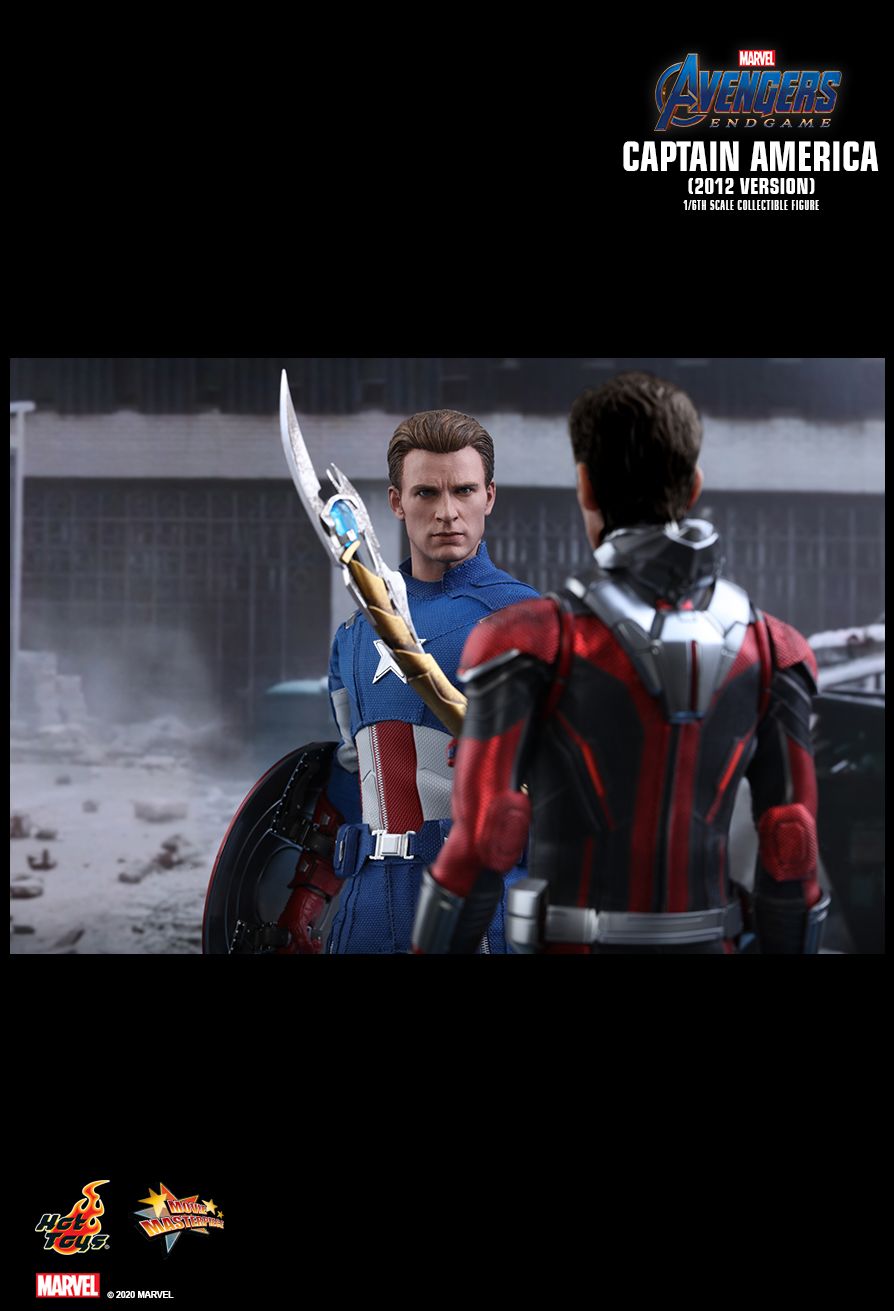 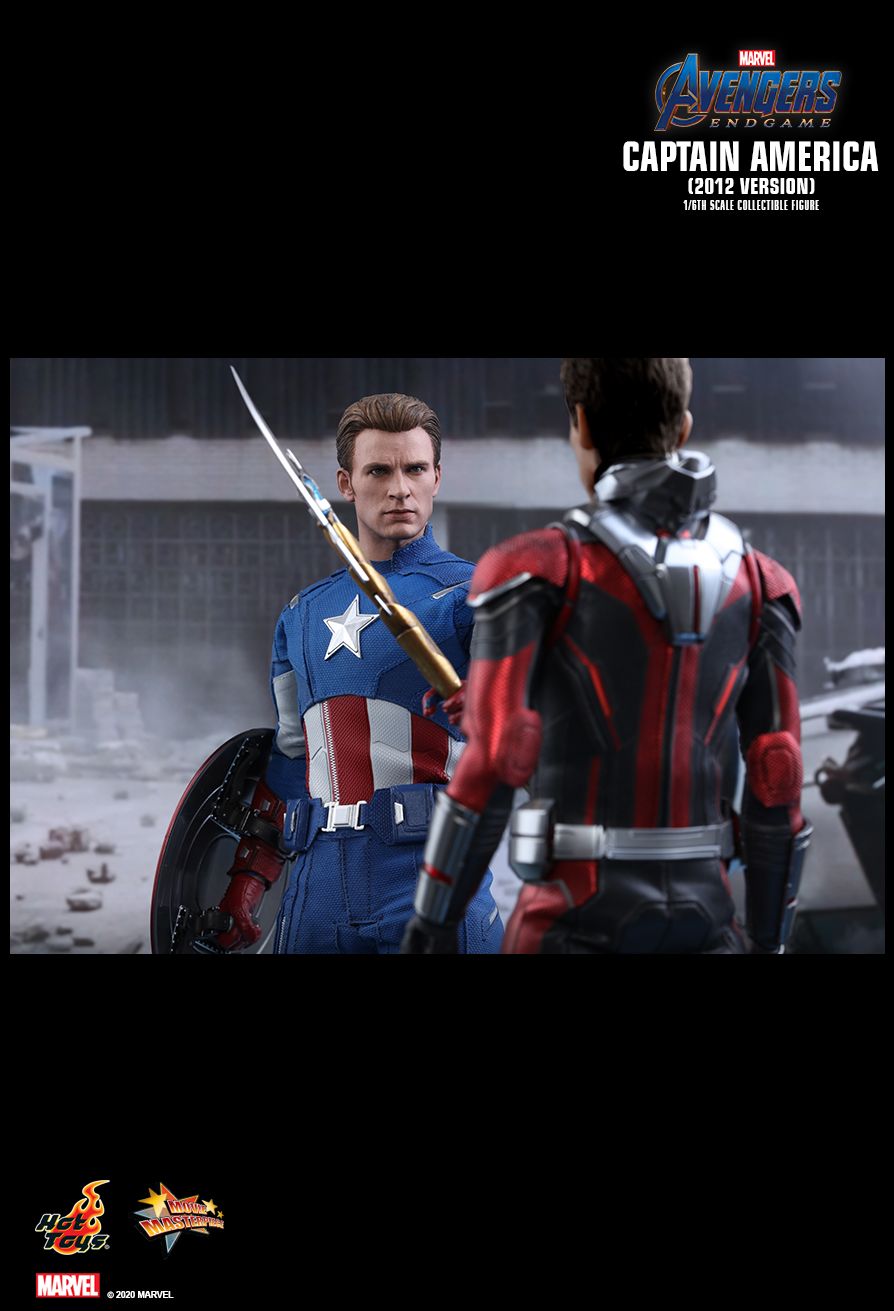 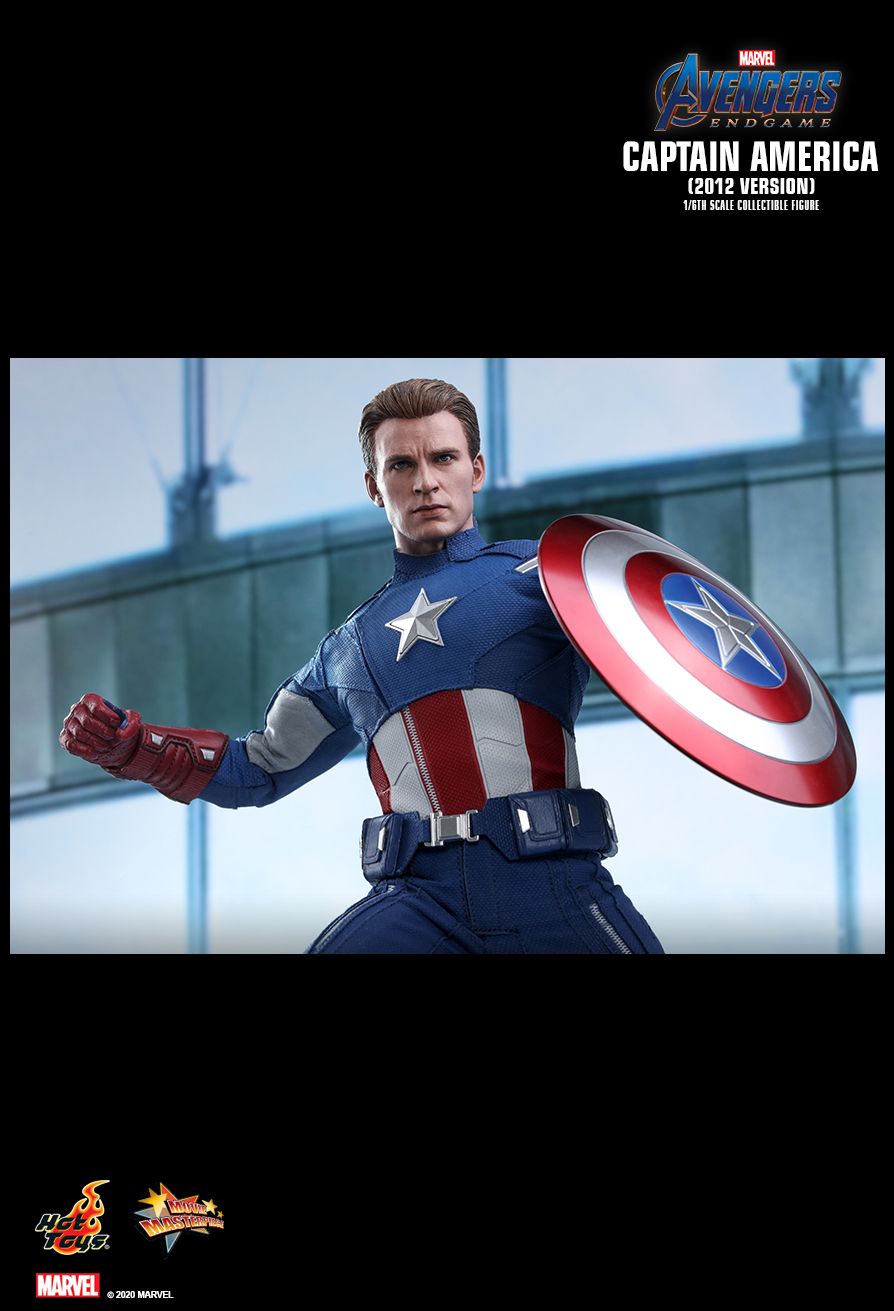 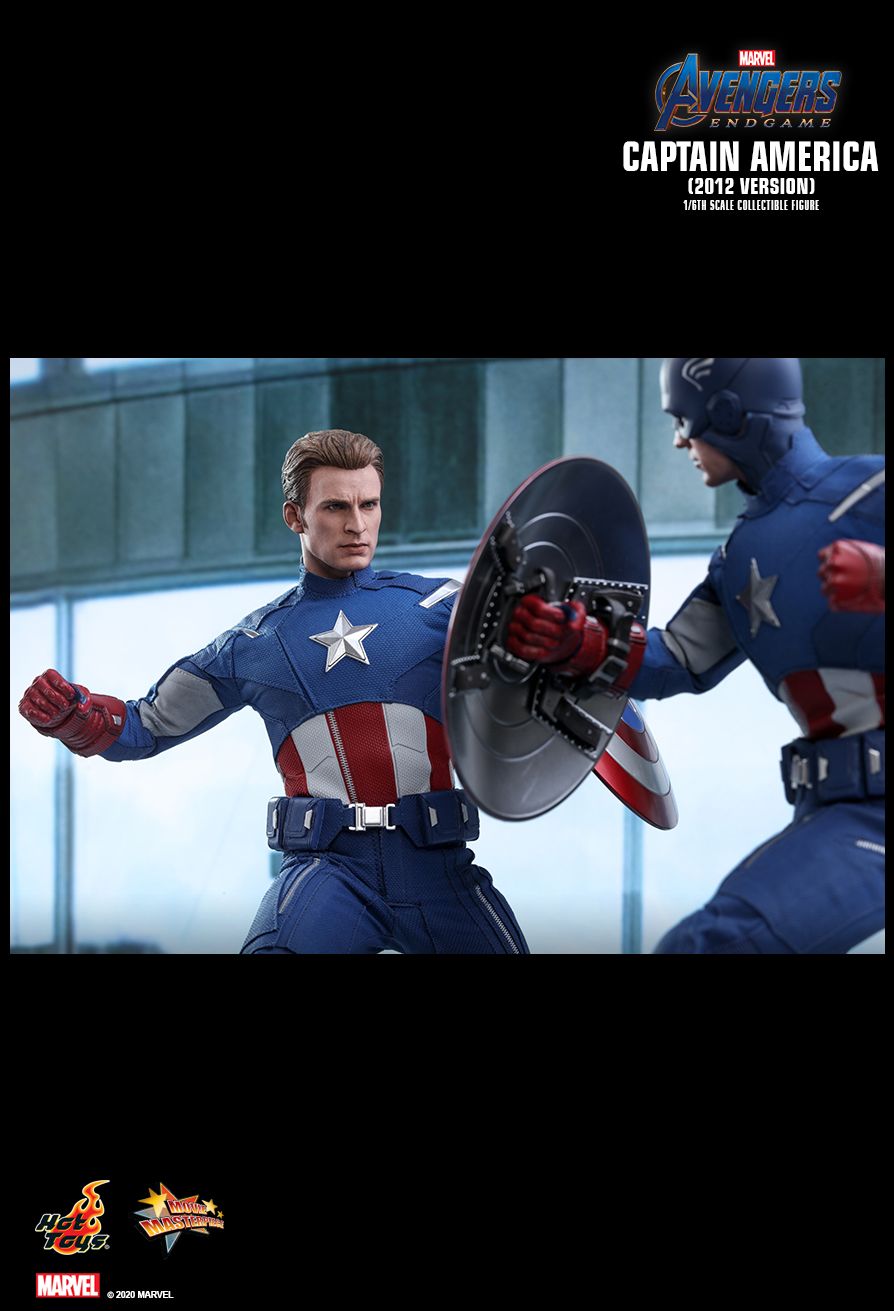 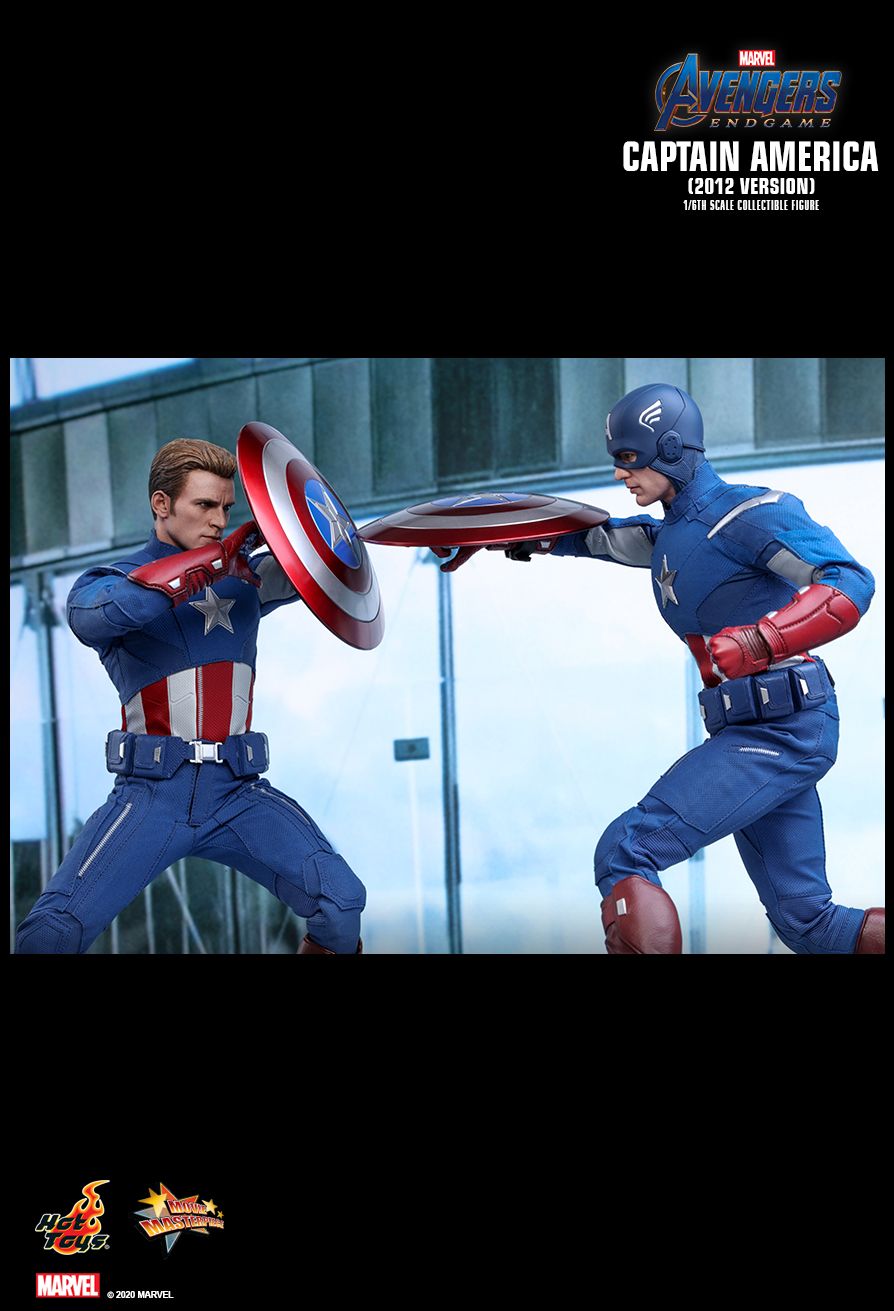 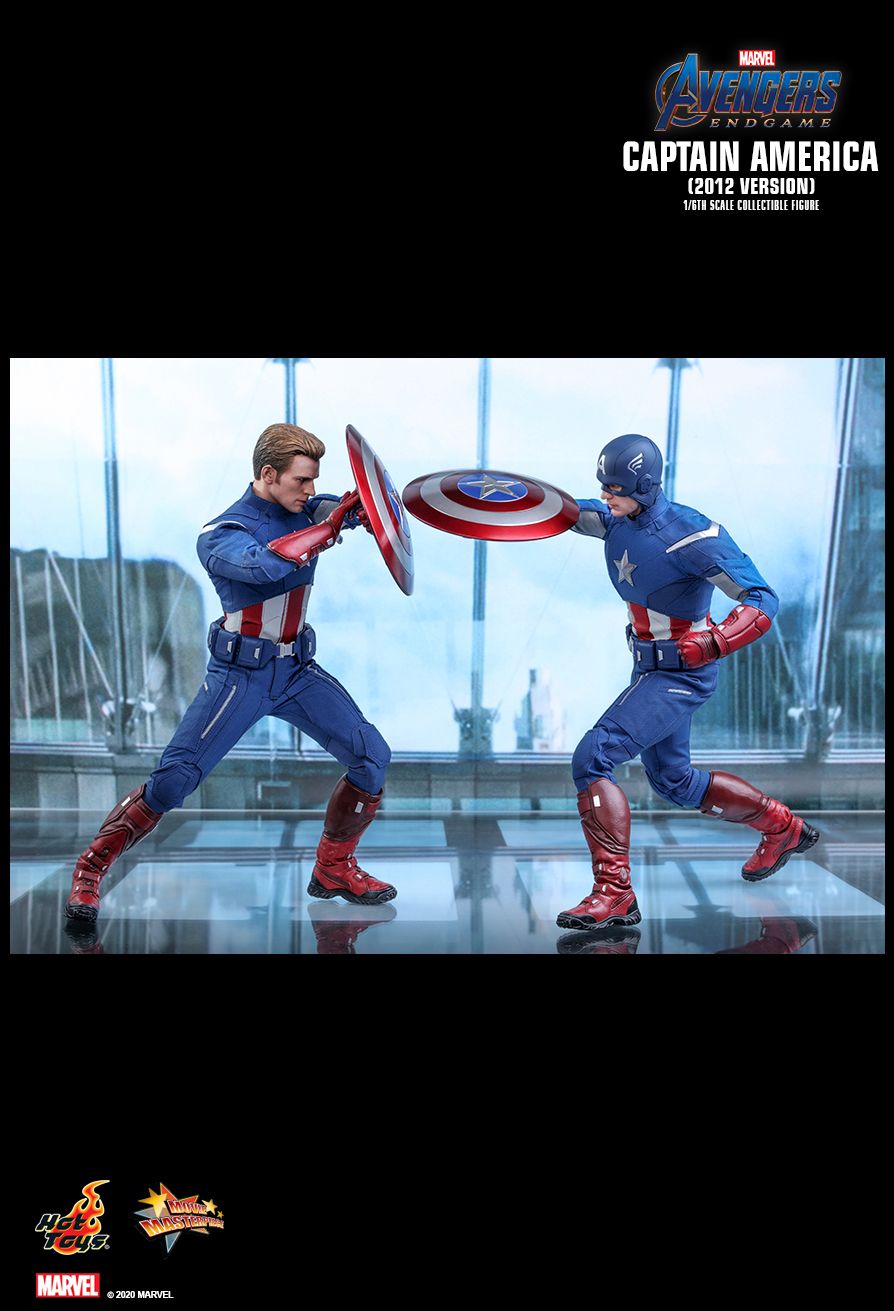 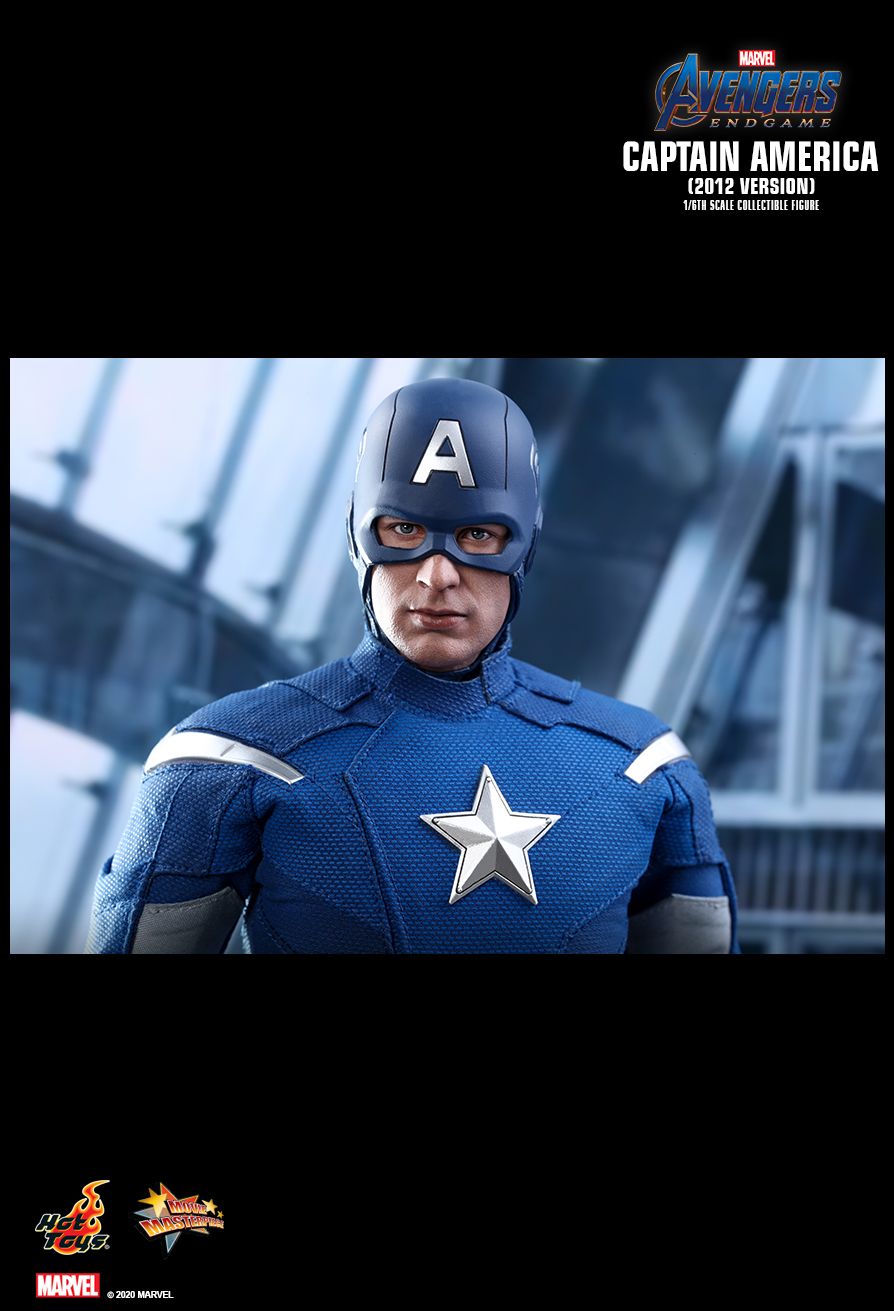 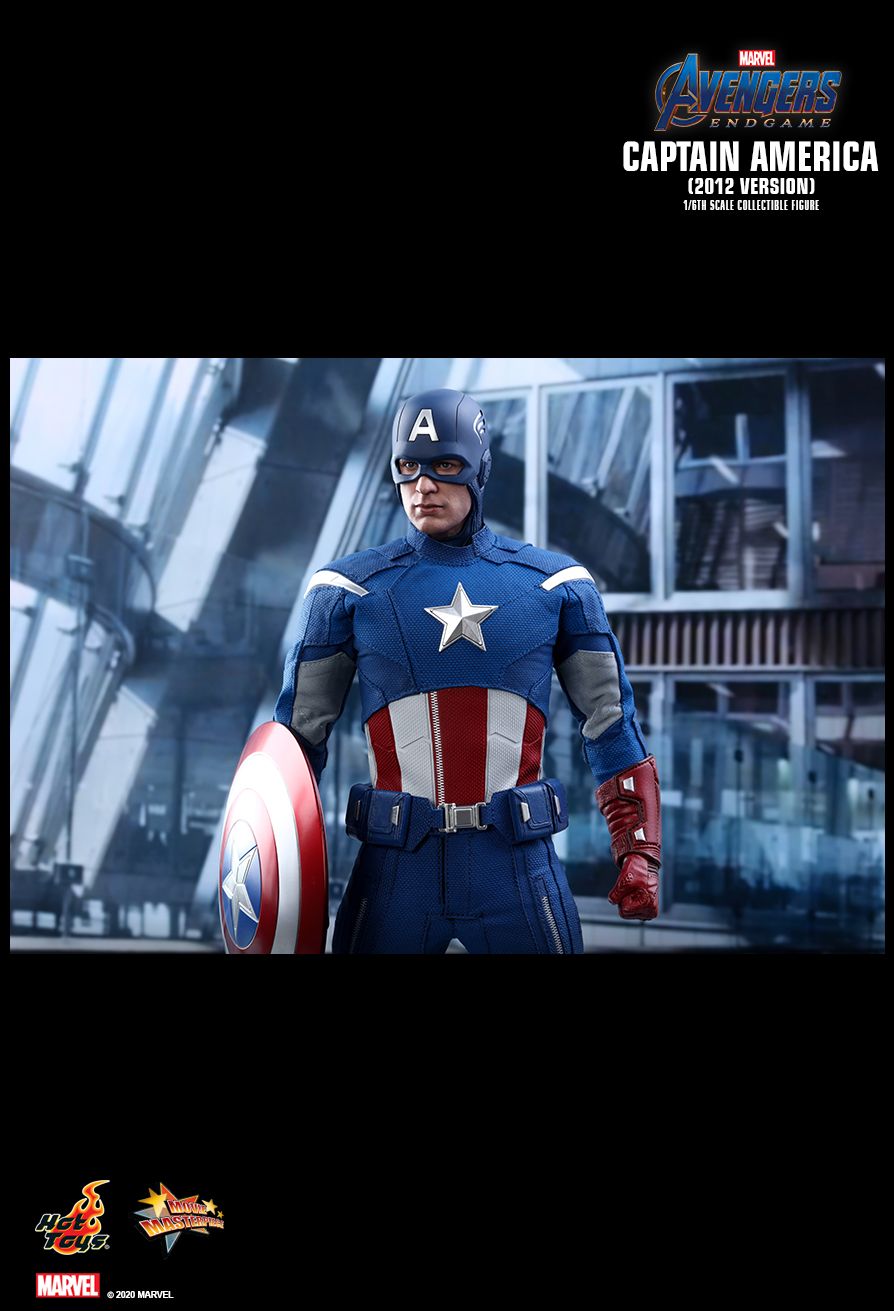 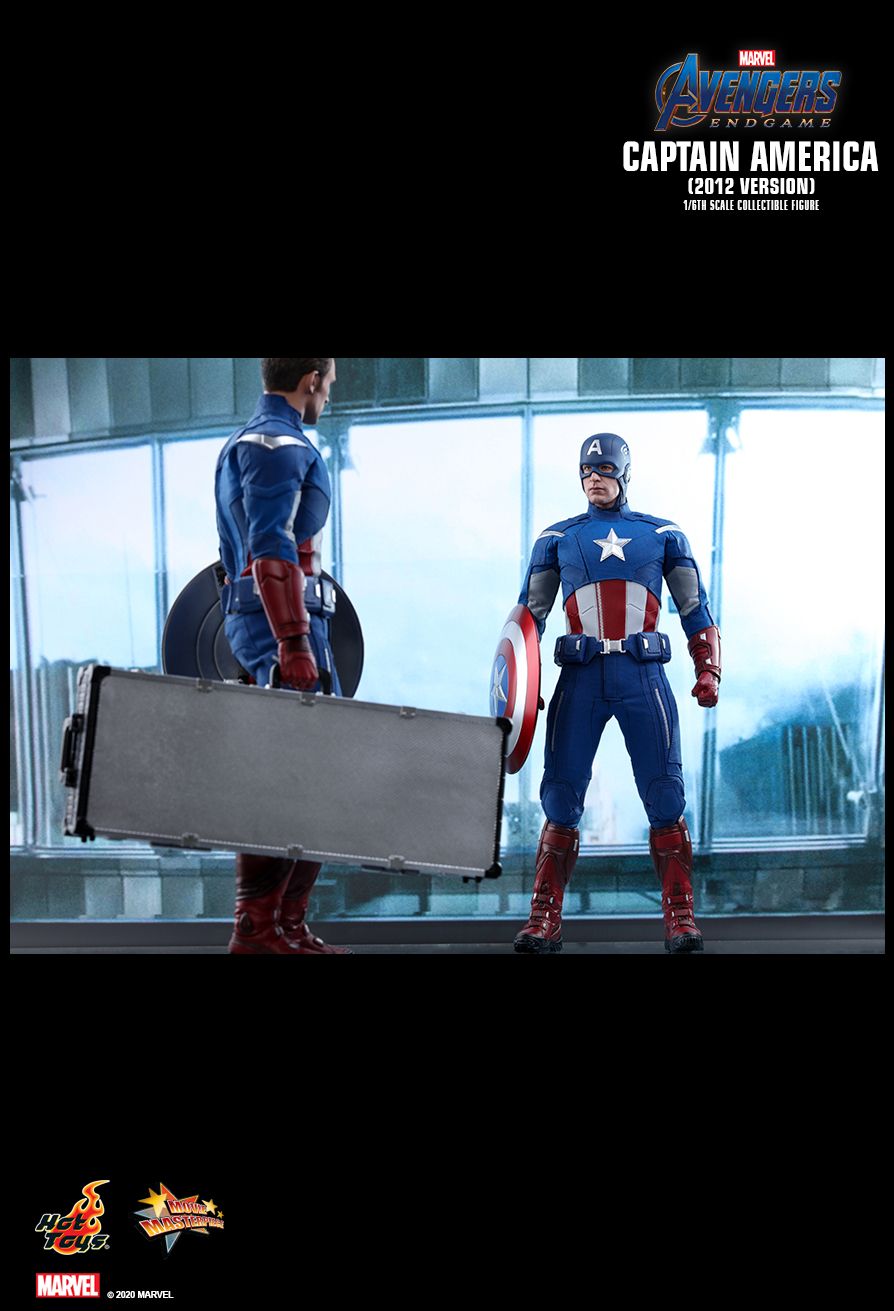 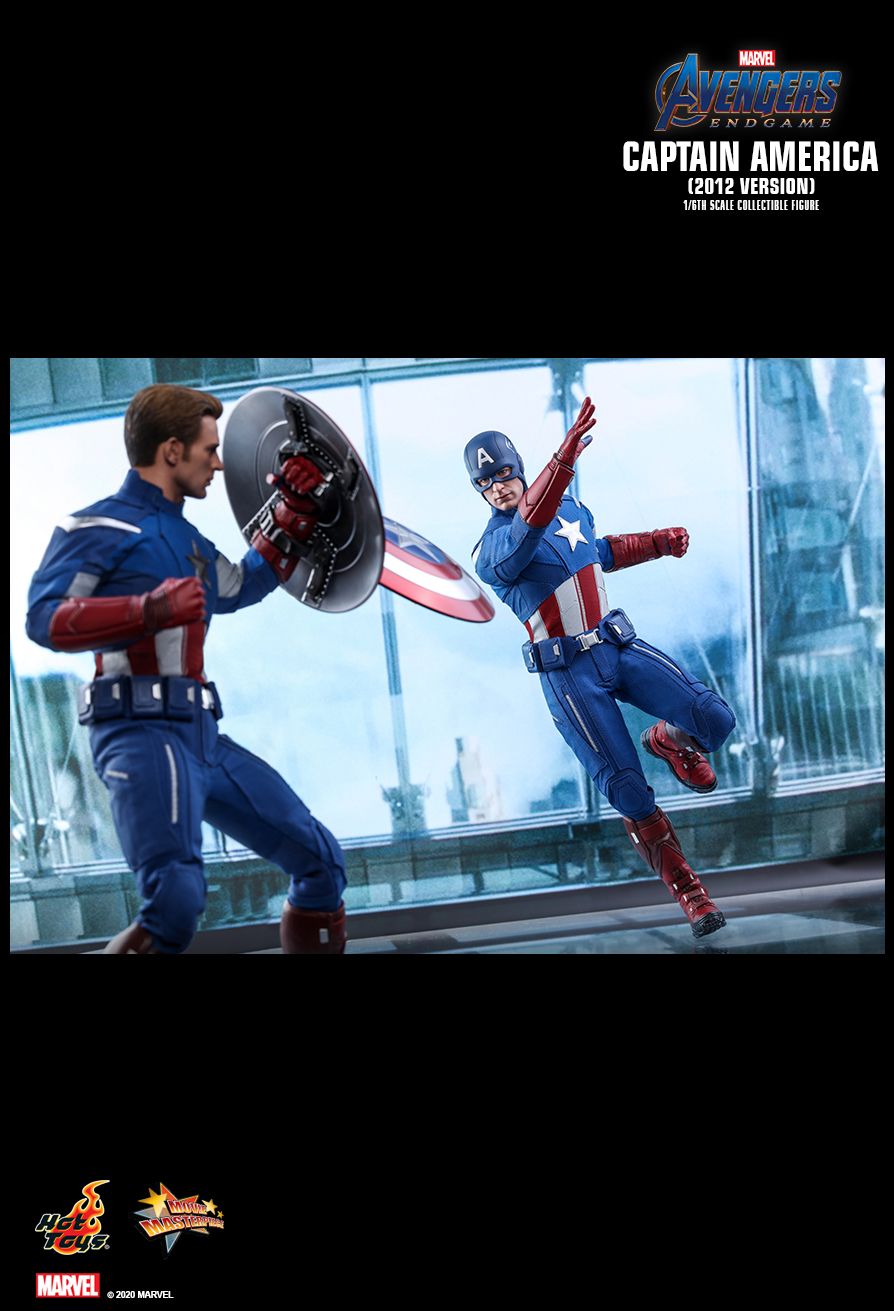 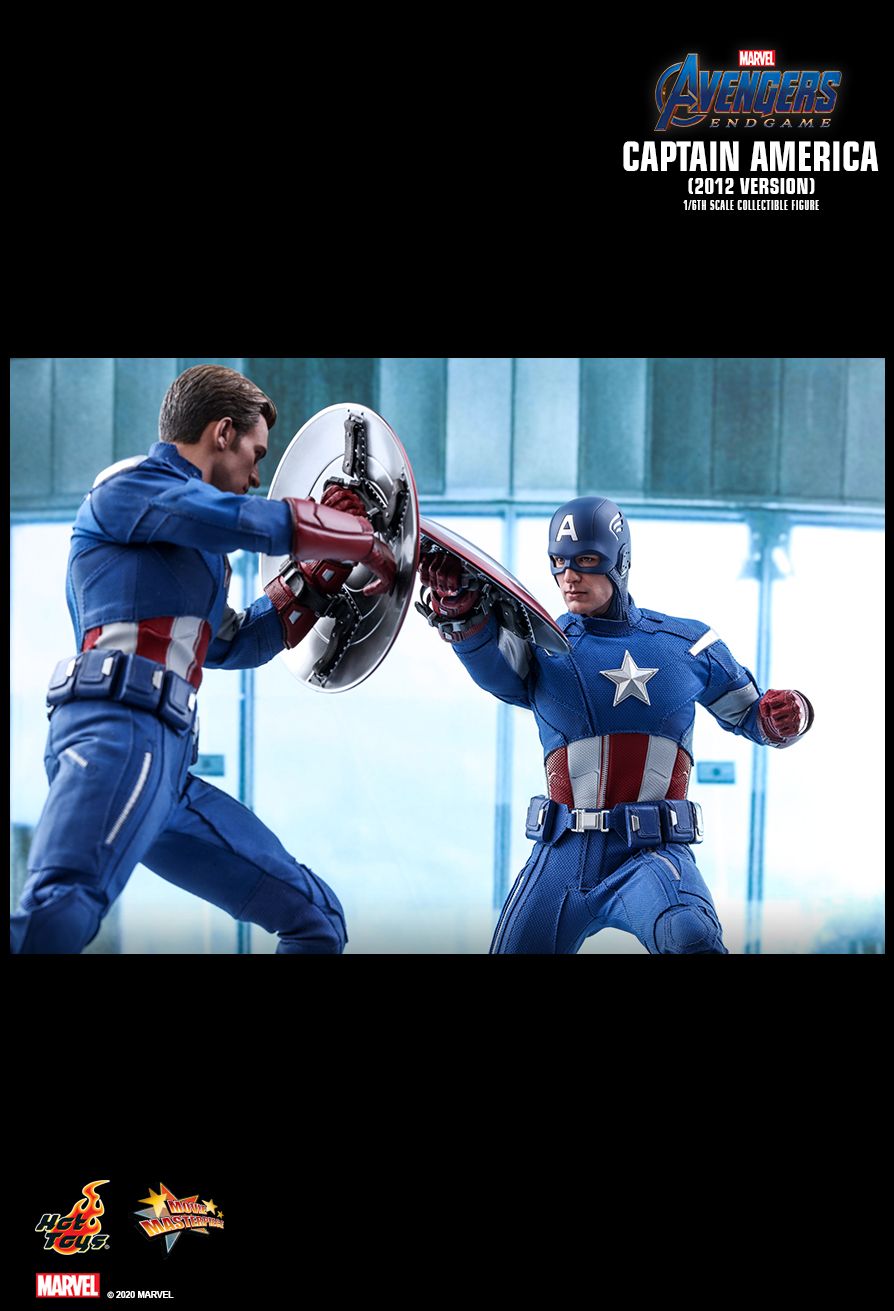 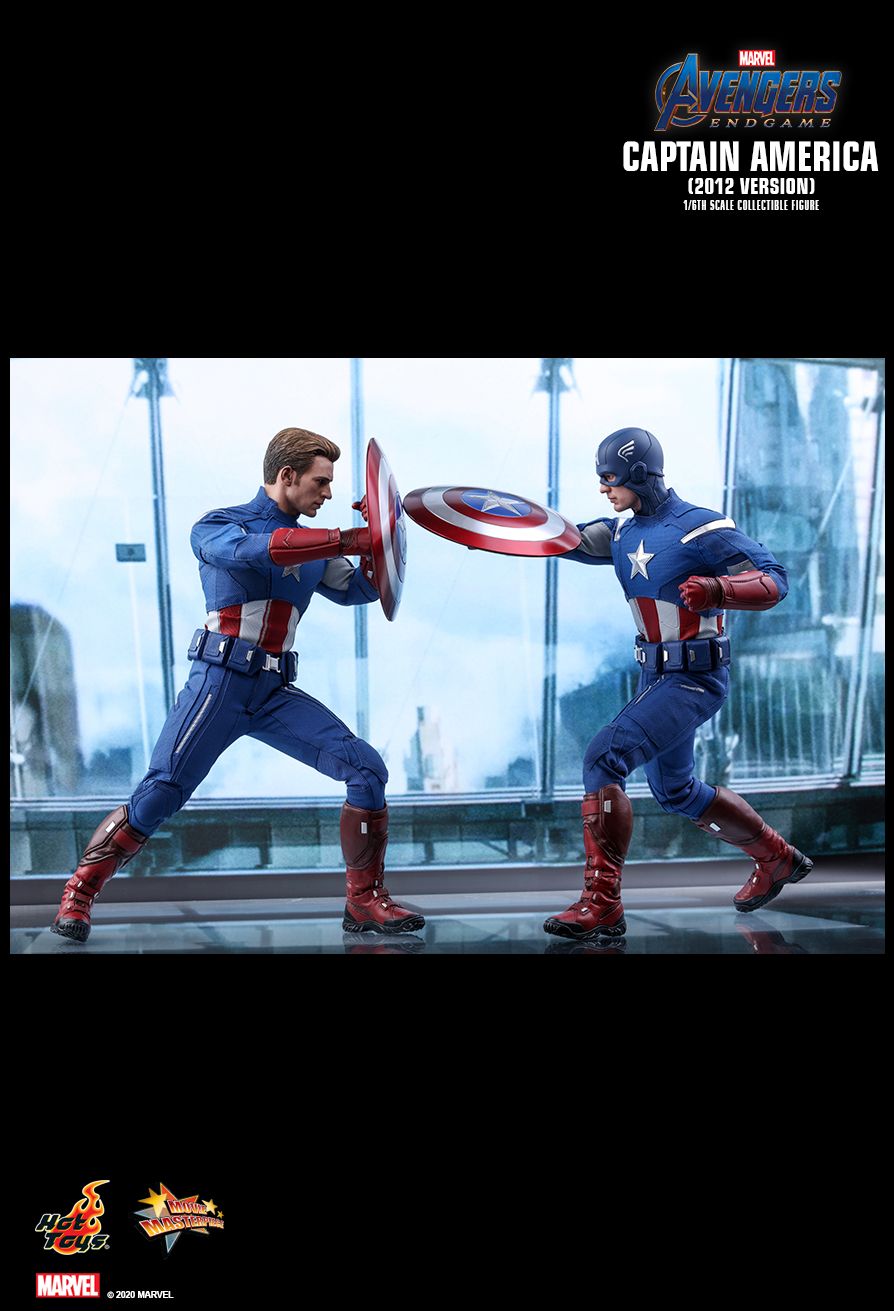 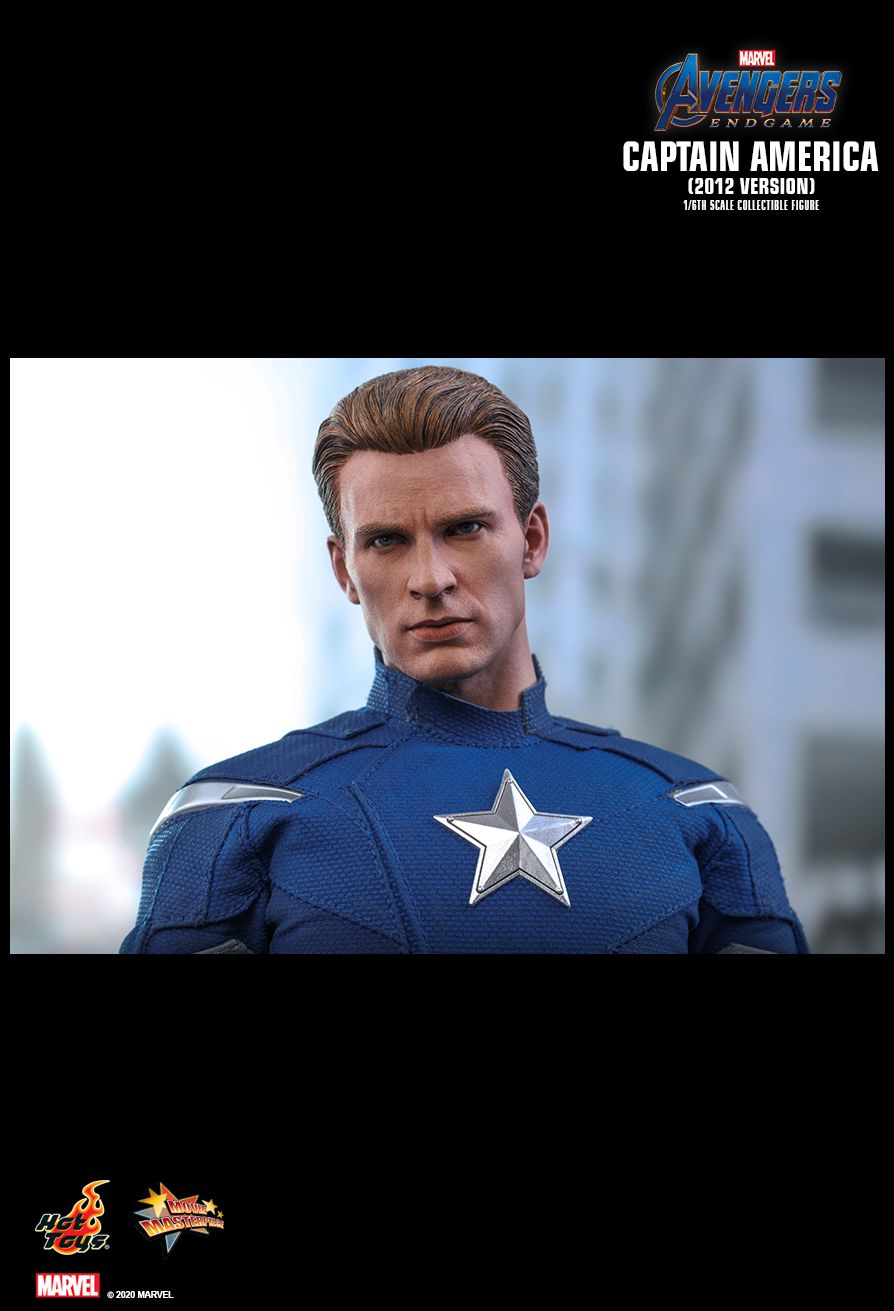 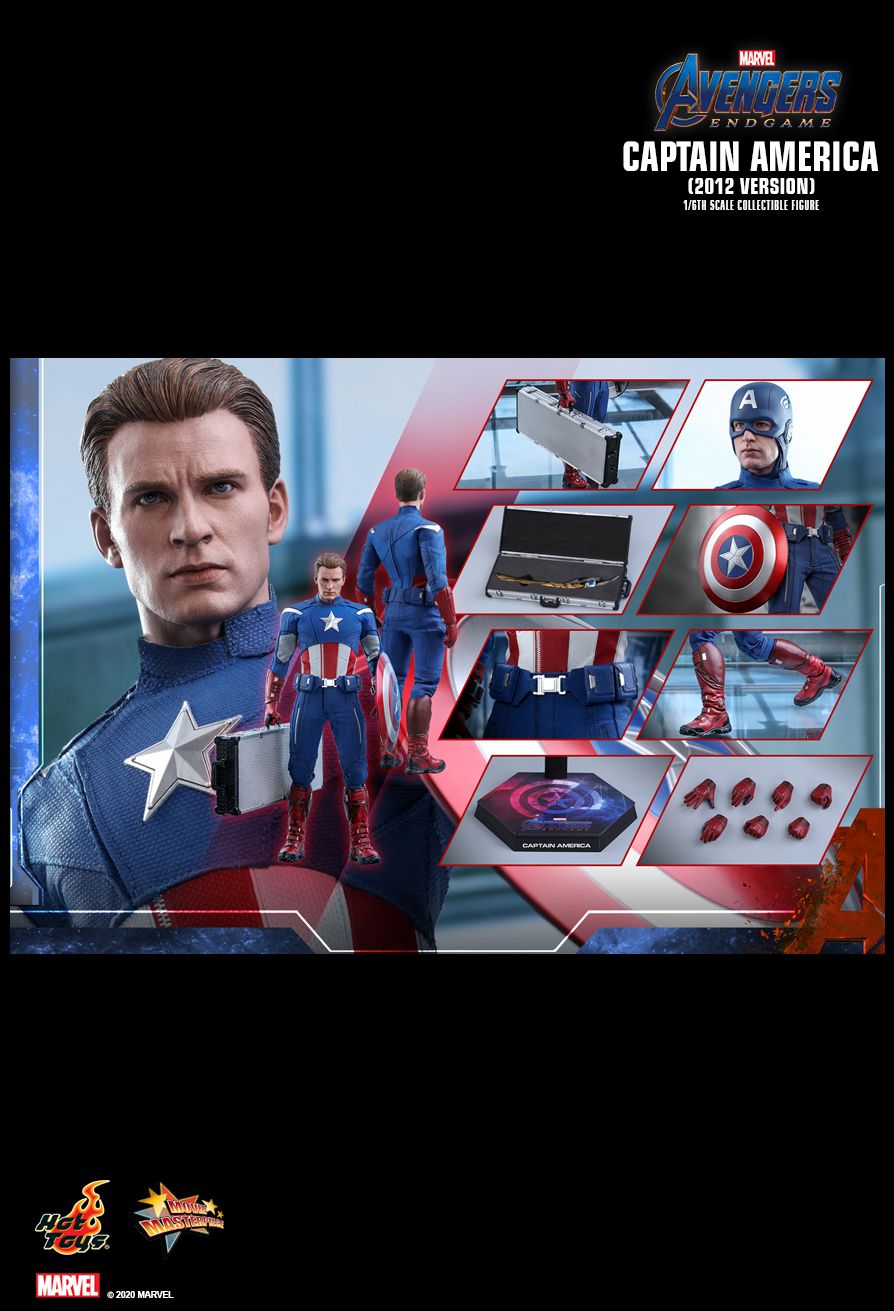 Founding Father
Posts : 7611
Join date : 2018-03-29
Location : Somewhere between myth and reality.
Nice set. The older Chris Evans head and the scepter carrier make this unique, otherwise it's essentially a re-release of their second Cap, for obvious reasons. If that's the one you wanted and you missed, this might be the one for you.
_________________
I'll be back!

Founding Father
Posts : 7966
Join date : 2018-03-29
Location : Island of Misfit Toys
It is a nice looking Cap, with great colors, but I already have the Winter Soldier Cap/Steve 2-pack, so an easy pass.

Stryker2011 wrote:It is a nice looking Cap, with great colors, but I already have the Winter Soldier Cap/Steve 2-pack, so an easy pass.

Great for those who don’t have one, but for the rest of us... yawn. HT was the reason I got back into this hobby, like a lot of people, but they rarely excite me anymore.

I have the original Cap with this look myself, so will also pass, except maybe for some parted out pieces here and there. And I agree. They are milking too many of the same licenses too often, to the point of oversaturating some and not covering others of the things I might be interested in. Not to mention their prices, which can only excite outrage and disbelief.
_________________
I'll be back! 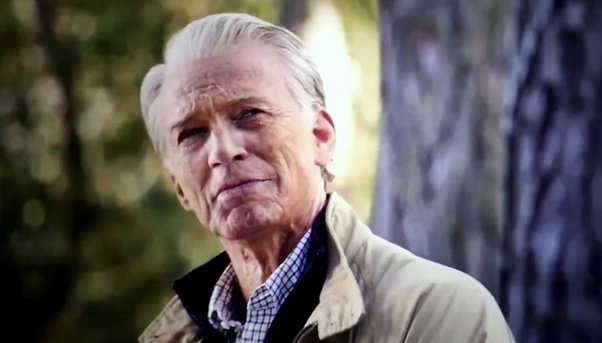 Different companies are already doing it: