Founding Father
Posts : 7671
Join date : 2018-03-29
Location : Somewhere between myth and reality.
A long time ago I picked up the Lady Commander figure from Xensation, inspired by the Faora character in Man of Steel. The figure had plenty of potential: despite (or because of?) the more basic materials (e.g., regular stretchy cloth body suit), it has excellent articulation, and the head bears a reasonably decent resemblance to the actress, even if it sits a little oddly on the thinner soft rubbery neck; and the look worked well enough alongside Hot Toys' General Zod. I thought the head could be helped with some shaving off of materials (I did some, with little effect, might do more), when I noticed that the costume was not quite accurate. More specifically, it was missing several armor pieces (one on the upper right arm, two on the upper left). After doing some research and analysis, I determined that they could probably be supplied or adapted from an additional costume, so I picked one up when I found it parted out. Months passed, until I stumbled across it while packing things up, and I gave the long-planned modification a try. It worked out quite well and very easily. So I took some photos while waiting for the laundry this morning, and here they are...

The first three photos, with the pseudo-Kryptonian background and the red monogram, are from months ago, long before the customization. The last six, with the spaceship background and the yellow monogram, are from after the customization (one of them also features the underlying body suit stripped of most armor elements, displayed on a random body). 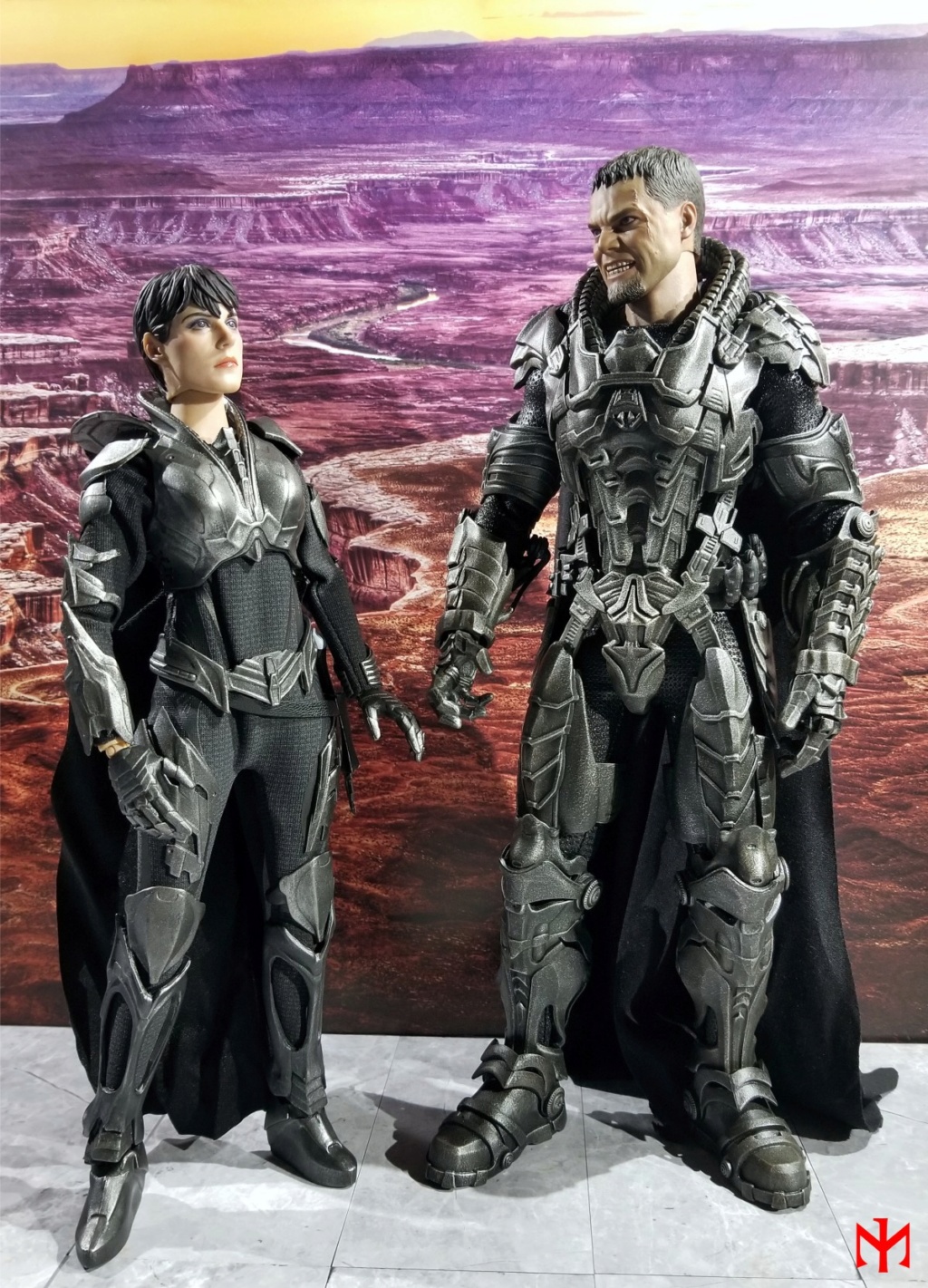 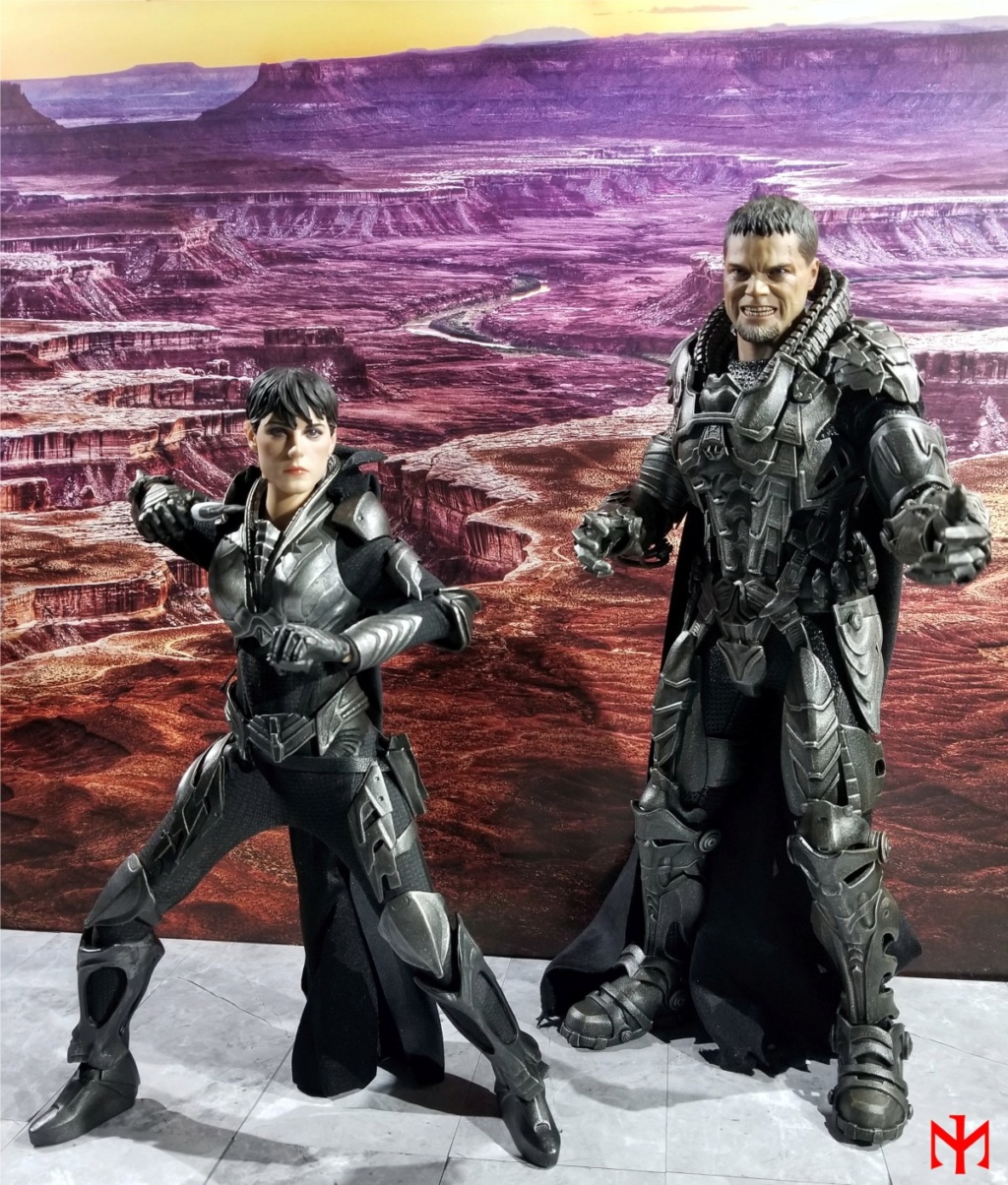 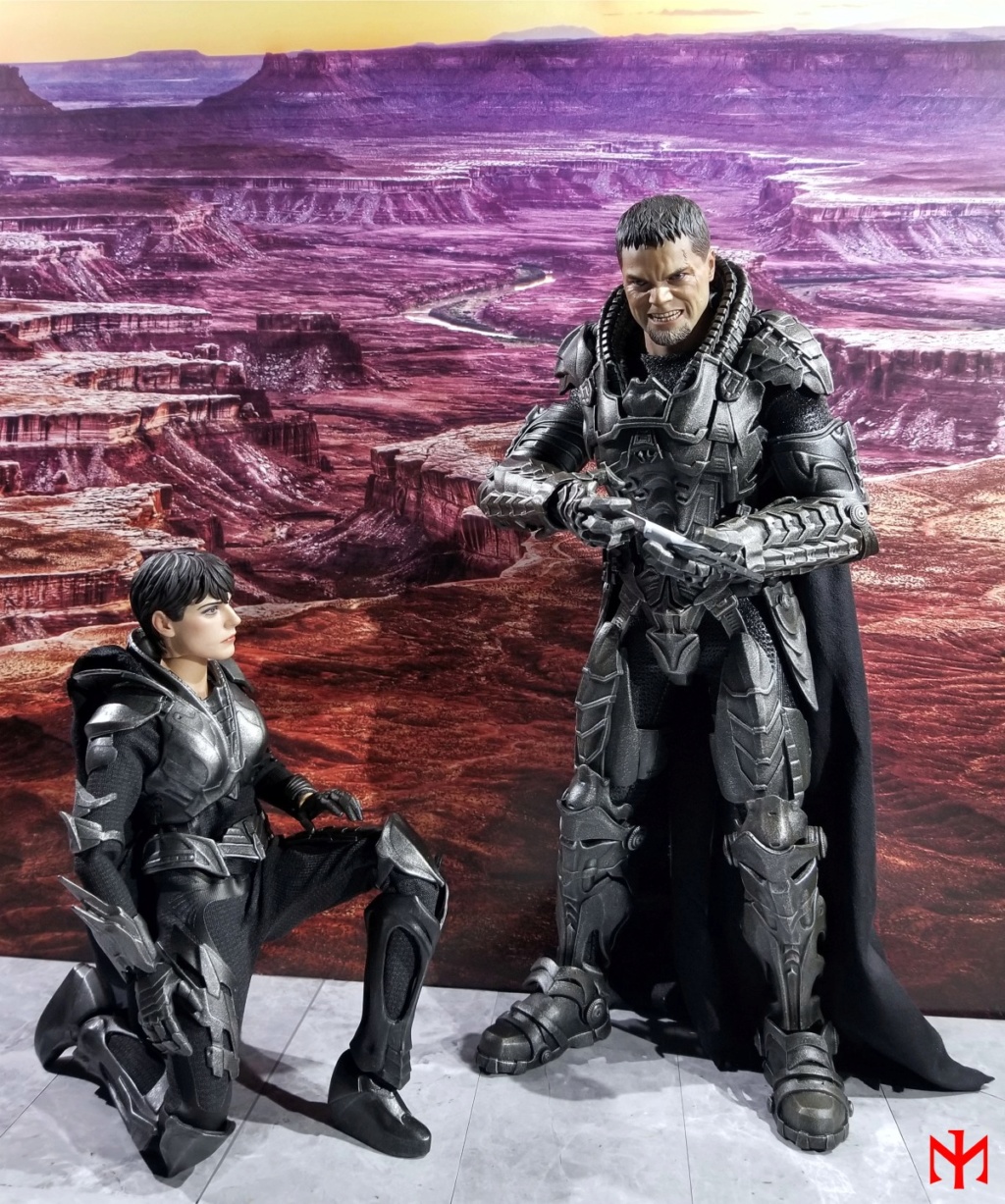 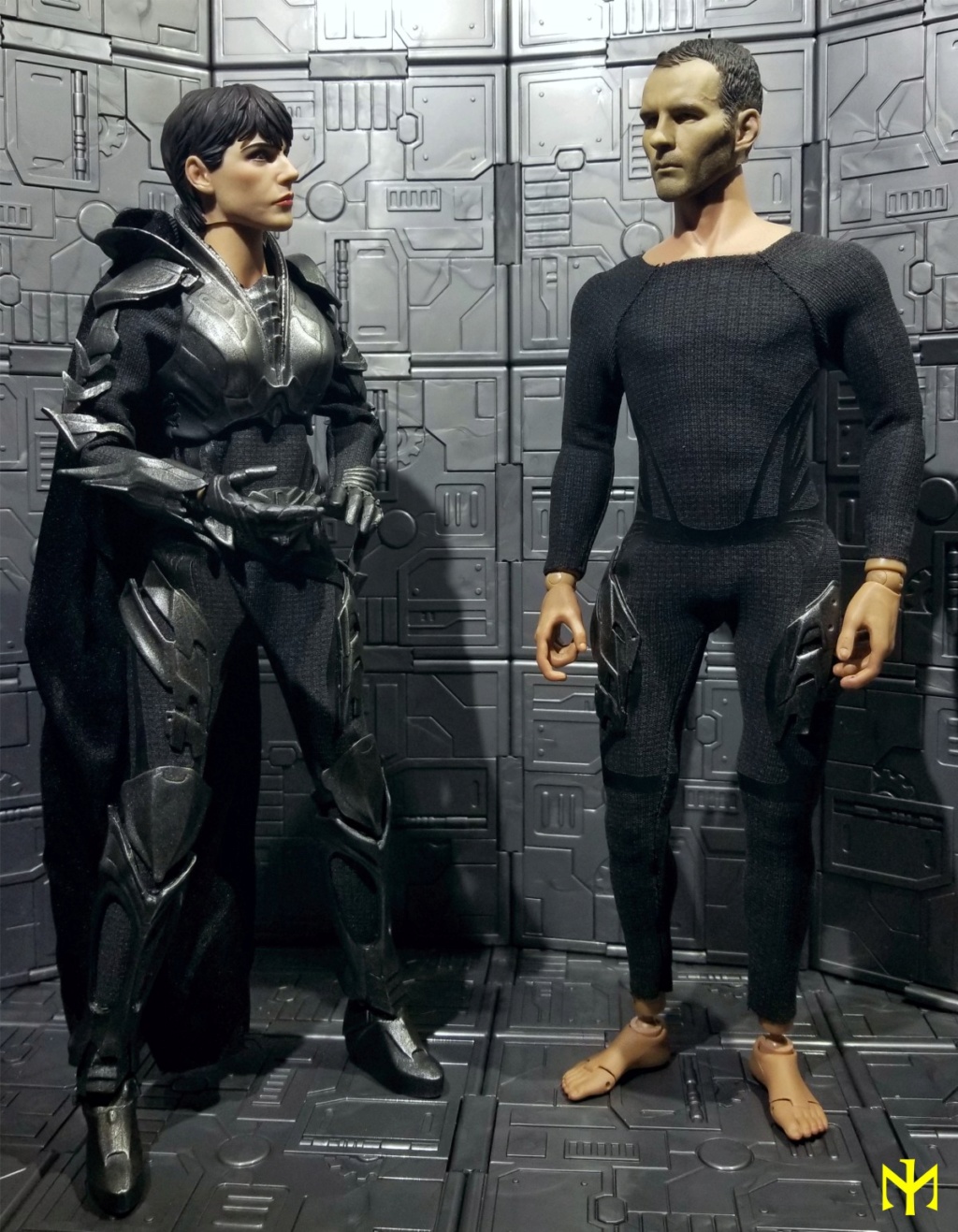 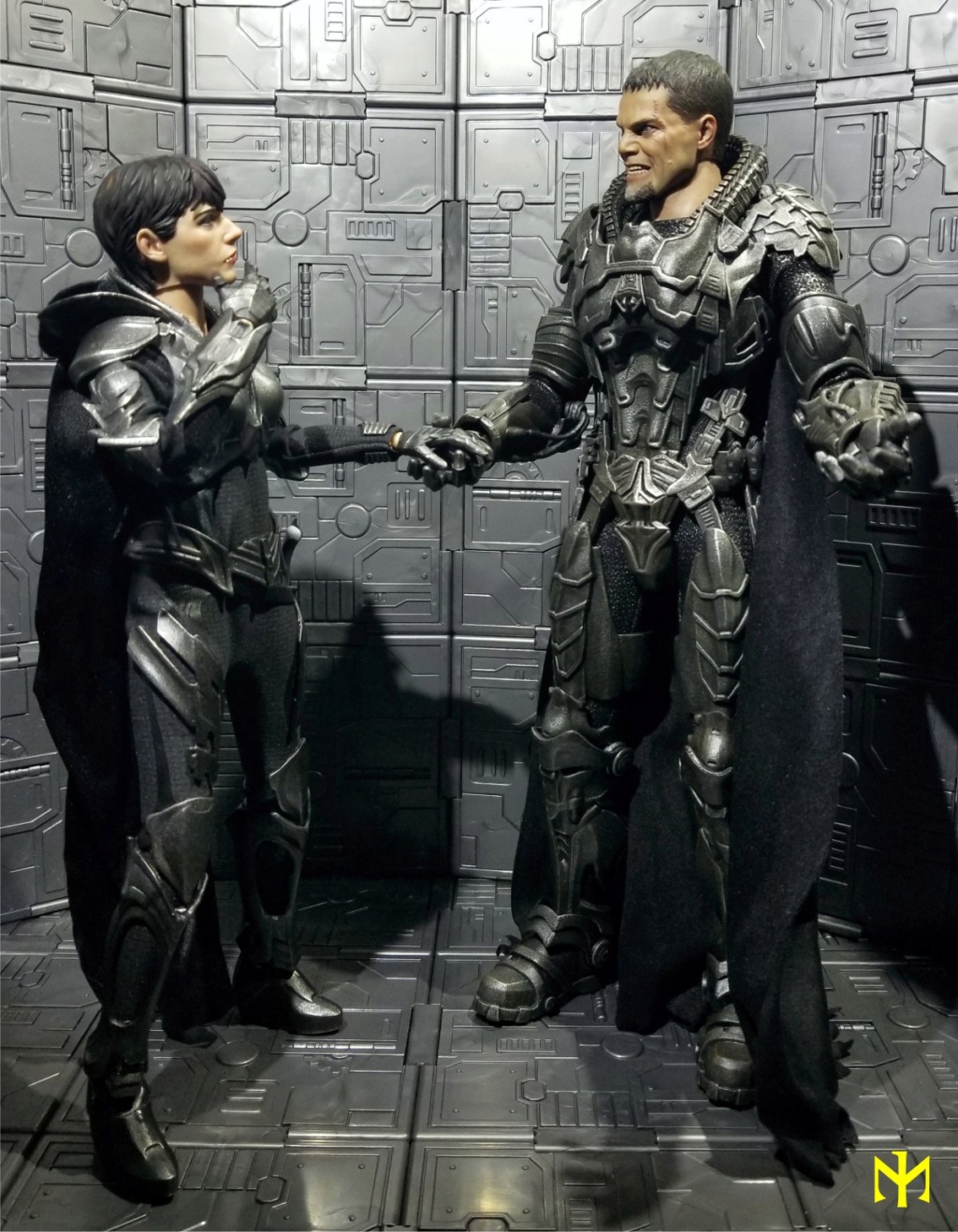 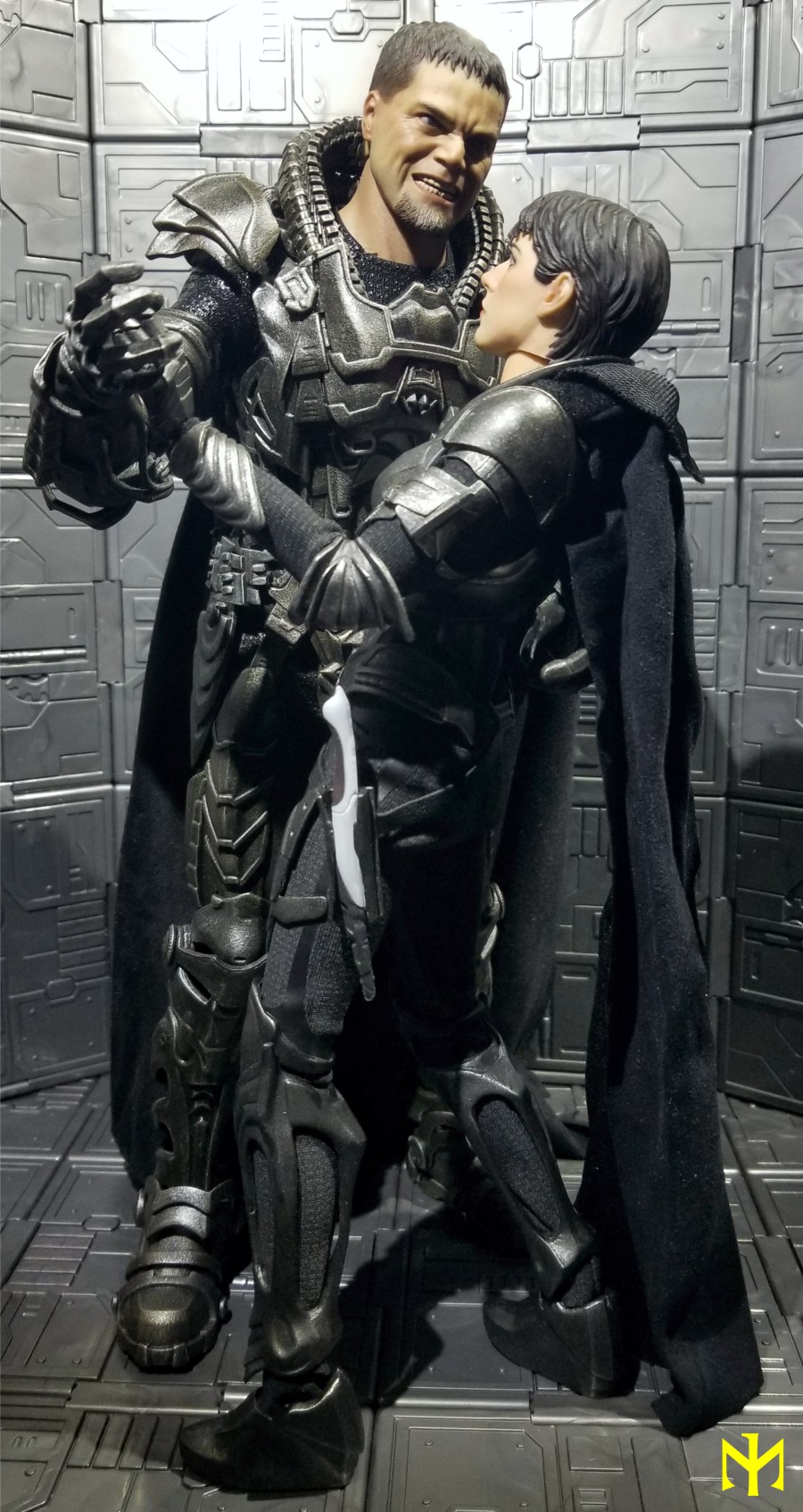 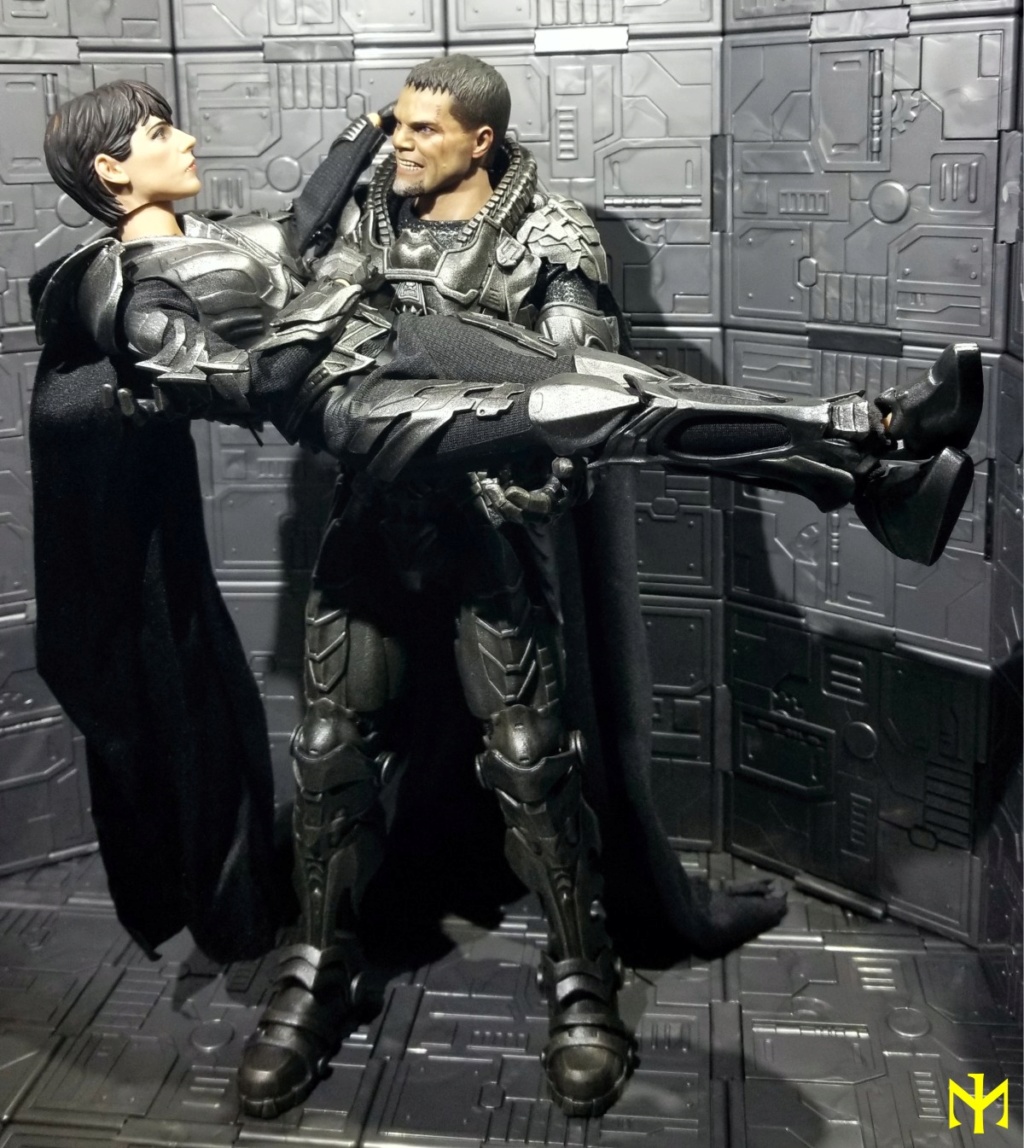 In case you're wondering, I haven't decided whether they are dancing to THIS or THAT.

Posts : 1034
Join date : 2018-08-12
Age : 28
I was never really interested in Superman and will probably never watch the new movies a second time, but the baddies had very cool designs and Faora was one of my favorites, I was thinking about getting the head sculpt for my Crusader some time ago. I wonder how she would look with a black scarf to cover the gap between neck and head, or maybe a helmet?

And they are definitely dancing to that George Micheal song. I can practically feel the heat from here.
_________________
www.reverendspooky.com

ZombieKev wrote:Cool character and nice mods!   Wish I had picked this one up!

Thanks, ZombieKev. I've been too busy to do much with her yet, but maybe one day she'll stand/fight alongside Zod and Superman

Ovy wrote:I was never really interested in Superman and will probably never watch the new movies a second time, but the baddies had very cool designs and Faora was one of my favorites, I was thinking about getting the head sculpt for my Crusader some time ago. I wonder how she would look with a black scarf to cover the gap between neck and head, or maybe a helmet?

I like their armor too, even the fairly sparse version sported by Faora. I am sure a scarf would help. The hair is probably a bit too voluminous for most helmets, except maybe some huge helmet meant for a male head. HT made a separate helmeted head piece for Zod. I am not 100% certain her helmet was the same as the others (as I remember it at the point where it was translucent and only covering her face partly). So I don't know if this helmet would be appropriate, but presumably it could work.

ReverendSpooky wrote:Looks great! Still haven't watched any of the new Superman stuff, but like Ovy, I really do like the armor designs. And they are definitely dancing to that George Michael song.  I can practically feel the heat from here.

Pontiacivan wrote:Pretty sweet dude! I like her, she's a pretty cool figure!

Founding Father
Posts : 7671
Join date : 2018-03-29
Location : Somewhere between myth and reality.
Speaking of her outfit/armor, I notice that TBLeague's Galaxy Soldier, which is currently parted out at Monkey Depot and Toy Anxiety, appears to be a much skimpier derivative of this. But the upper torso armor is very much the same.
_________________
I'll be back!

MerylAkiba wrote:I really like that character in the film. Awesome, It is cool how a slight added modification can make a huge effect.

Thank you! She is rather more impressive than Captain Phasma. LOL. I suppose the change is subtle until you look more closely, and then it becomes the difference between right and wrong.

blackpool wrote:veeeeeery cool work! I think they are my favorite characters in the movie! awesome duo!

blackpool wrote:Thanks a lot mate, I've been quite busy with real life lately, work mostly, it's good to be back and take some time for the hobby!